Cats are unique creatures which surprise us daily with their strong personalities and wealth of abilities. They are often enigmatic and still maintain certain features related to their wild ancestry. They have fascinated us humans throughout the ages, being revered by ancient civilizations and loved today by people of all creeds. It is this love and fascination which has earned them so much curiosity in human eyes, leading to myths and popular beliefs with varying amounts of truth.

Here at AnimalWised, we're going to look into the not so-popular, but less mythical aspects of cats. We do this by listing 11 facts about cats you probably didn't know. This way you can get to know them a little better and may even find it useful in managing their care.

1. Most cats are lactose intolerant

In cartoons and TV shows, cats are always drinking milk. We even have the popular phrase in English “like the cat that got the cream” to describe someone who is pleased with themselves. Contrary to this pervasive belief, most cats can't actually digest lactose, an enzyme found in milk.

All kittens are born able to digest and assimilate breast milk, the food their mothers provide to ensure their nutritional needs are met. During this lactation period, baby cats produce large amounts of the enzyme lactase which is responsible for breaking down the lactose found in milk. However, during the weaning period, the production of this enzyme progressively decreases. This works to prepare the animal's body to stop consuming breast milk and start to feed on their own.

Although some cats can continue to produce a low amount of this enzyme in adulthood, the vast majority stops producing it and becomes unable to digest lactose. Therefore, it is a false myth that milk is an adequate food for cats. In fact, the consumption of milk and its derivative products can cause gastrointestinal issues in felines.

2. Cats do no perceive sweet flavors

While their vision and hearing is far superior to ours, cats have a less developed sense of taste. While the average human being has over 9000 taste buds on their tongue, cats have less than 500. This translates to having a limited ability to identify the range of flavors found in food. Additionally, felines produce only one of the two proteins necessary to assimilate the information provided by sweet flavors. This is why, although they can easily detect salty, acidic and bitter tastes, cat's cannot perceive sweet flavors.

Many experts say this would be an important self-defense skill developed by felines during their evolutionary history. As sugary foods are harmful to their body, often leading to diarrhea, colic or flatulence, their palate may have evolved to reject this sweet taste as they do not need it to be healthy.

3. Cats emit many songs, but mostly communicate through body language

Anyone with a cat will have heard varying types of noises made by their pet. You may have heard a purr while you pet them or a pleading meow when they are hungry. However, you may not know that cats can emit up to 100 different types of vocalizations. While cats will make noises to address humans, they do not do so exclusively. Although adult cats tend not to meow as much at each other, kittens will meow at their mother and vice versa.

While the breadth of their vocalizations can be surprising, our cats mostly use body language to express their emotions, mood and perceptions of reality. A cat's body language is sophisticated and complex, comprising a wide variety of postures, gestures and facial expressions. To give an idea, cats can tell you a lot about how they feel with just the movement and position of their tail. It is also important to look at their environment and see if their tail is announcing some sort of issue.

4. They have more bones than humans

Although our kitties may be relatively smaller in size, they actually have more bones in their body than us. A healthy adult cat will have about 230 bones which is 24 more than is usually found in the human skeleton. Also, the discs between their vertebrae are relatively thicker than a human person. This bone structure, combined with their well-developed muscles, allow felines to have greater elasticity. They can perform extraordinary jumps as well as be able to enter into seemingly impossible gaps and spaces.

5. Newton may have created the first ‘cat flap’

We should have all seen a ‘cat door’ or ‘cat flap’ at some point. They are useful for letting cats inside without having to open the door manually for them. However, few may know that this might have actually been one of the inventions of famous thinker, physicist and astronomer Isaac Newton.

The scientist and writer Cyril Aydon tells us in his book Scientific Curiosity, Newton was trying to think of a way to allow his cat outside when she wanted to, without interrupting his precious moments of concentration and experimenting. It then occurred to him to make a small hole in his door. This would provide exclusive access to his cat. As she has kittens, he is also said to have made a smaller hole for the younger cats to enter. Accounts vary over the veracity of this story, with most believing it to be untrue[1], but there is some anecdotal evidence to support it.

It's not only humans who are listed in the Guinness World Records. Many kitties have found their way into the pages of this famous book, although it is unlikely we'll be seeing a record for ‘the most buses a cat can jump over in a motorbike’ any time soon.

Cat world record holders tend to be more for something like Creme Puff, the oldest cat on record. Born in Texas in the USA, Creme Puff lived an impressive 38 years and 3 days[2]. Then there is Himmy from Queensland Australia, the heaviest pussycat to date. Weighing in at over 21 kg (46 lbs), he is likely to be the heaviest cat forever as Guinness have stopped keeping this record in fear it may encourage intentional overfeeding. A cat named Towser still maintains her title as the world's best mouse hunter having captured almost 29,000 mice over the course of her life.

7. Their noses are their fingerprints

Each person's fingerprints are unique to the individual. The pattern on our fingertips is unique like a snowflake and a cat's nose has a similarly unique and unrepeatable pattern on their nose. This may be a fact you didn't know before, but it's also interesting to note they don't have unique paw pad prints. If a cat commits a crime, we better hope they used their nose to shimmy open a window otherwise we may never find the culprit.

8. Their whiskers are also part of their senses

The whiskers of your cat are not simply hairs, but they are an integration of their sensory capabilities. Along with their eyelashes and the shorter hairs under their chin, their whiskers act as motion sensors. When combined with their olfactory cells, they allows felines to quickly detect prey, sense nearby predators, find females in heat, know if they are in the territory of another cat, determine if food is too rotten to eat and more.

9. Cats can see in color

For many years, a belief has prevailed that cats cannot see in color, but over time it has been seen as the myth that it is. As with many myths, the belief stemmed from a misappropriation of the facts. In both humans and cats, the eyes contain two types of cells - rod cells and cone cells. The cone cells help them to differentiate color, but cats have much fewer than humans. This doesn't mean they can't see any color, it just means they have a lesser range of color than humans. However, in turn, they have more rod cells than humans. This means they are better at detecting motion and light which bounces off other objects, making them the adept hunters they are.

10. If they rub against you the consider you yours

Does your cat rub up against you? This may seem like a beautiful demonstration of love (and we're not saying it isn't in part), but your cat as an ulterior motive for doing this. They are marking you with their scent and letting other cat's know that you are their property. It is similar to how cats mark their territory, such as their bed or your couch. Of course, if they rub against you, it also means they have appreciation for what you do for them. They will also rub against you simply as a sign of affection or as a way to get your attention. All these theories are valid and are supported by feline ethologists.

11. They knead you because they love you

When an adult cat kneads a human, they are expressing their ease at being in their company. Therefore, if your cat kneads you it's because they love you. Sharing these moments with you is a way to show their affection and reveal something you always hoped, but probably didn't know before.

If you want to read similar articles to 11 Facts About Cats You Probably Didn't Know, we recommend you visit our Facts about the animal kingdom category.

10 Fun Facts About Dogs You Didn't Know
10 Things You Didn't Know About Siberian Huskies
Interesting Facts About Foxes
Fascinating Facts about Butterflies You Did Not Know
Related categories
Endangered animals
Most read
1.
What Animal am I According to my Zodiac Sign?
2.
10 Most Beautiful Animals in the World
3.
What Does It Mean When a Cat Shows Up at My Door
4.
The 10 Most Solitary Animals in the World
5.
Animals With Scales - Full List
6.
Why do Dogs Get Stuck when Mating?
7.
My Female Dog In Heat Won’t Accept A Male - Causes
8.
How Many Types of Lions Are There?
15 Things You Should Know About Dogs
Fun Facts about Cats - 10 Fascinating Cat Facts
10 Things You Did not Know About Cats
10 Things about Rabbits You Did Not Know
10 Myths about Dogs You Should Know
Fun Facts About Seahorses
Fun Facts about Penguins
Interesting Facts About Hamsters 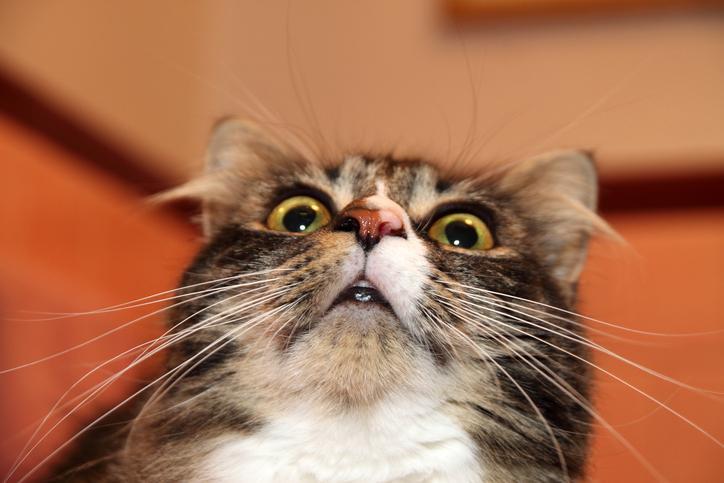 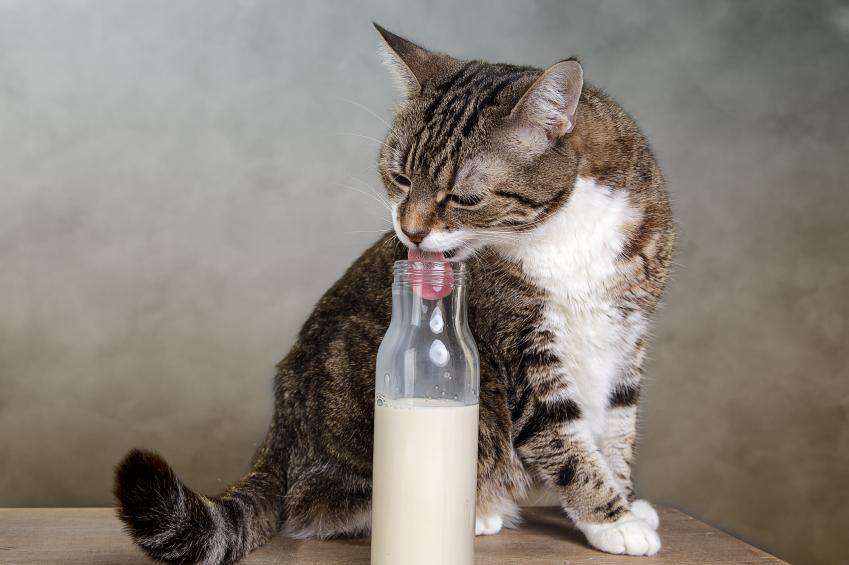 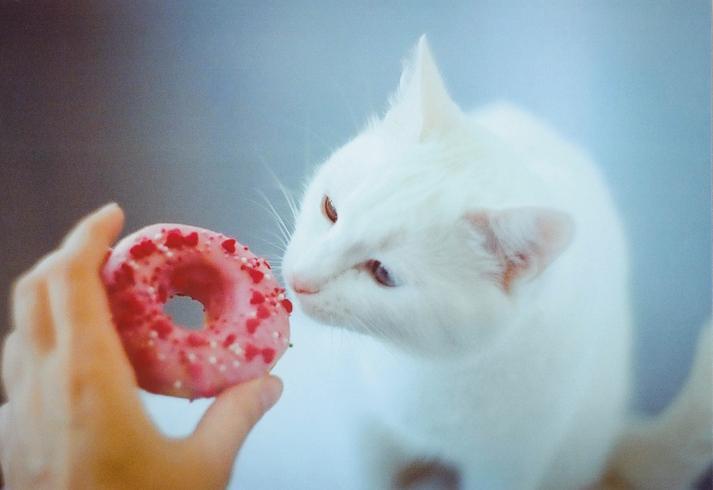 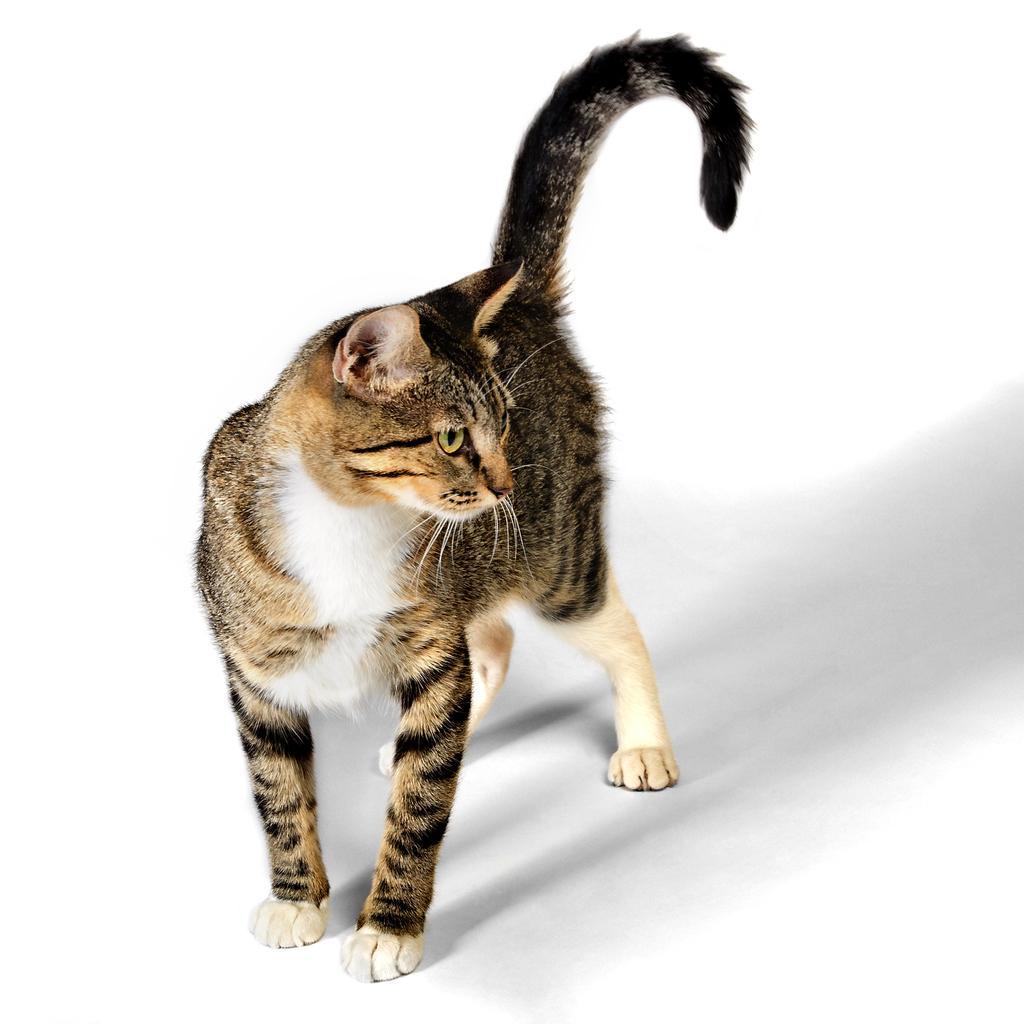 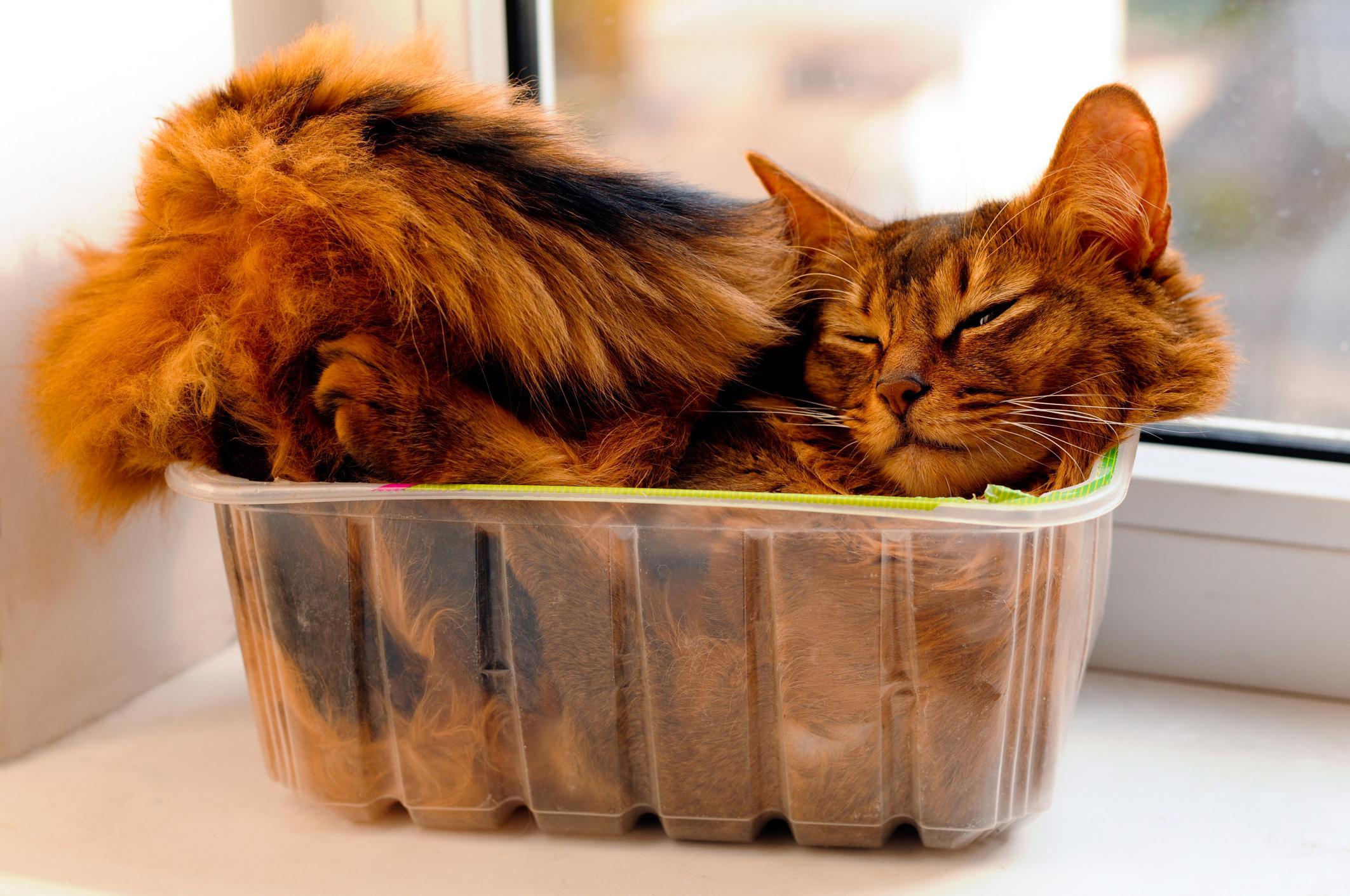 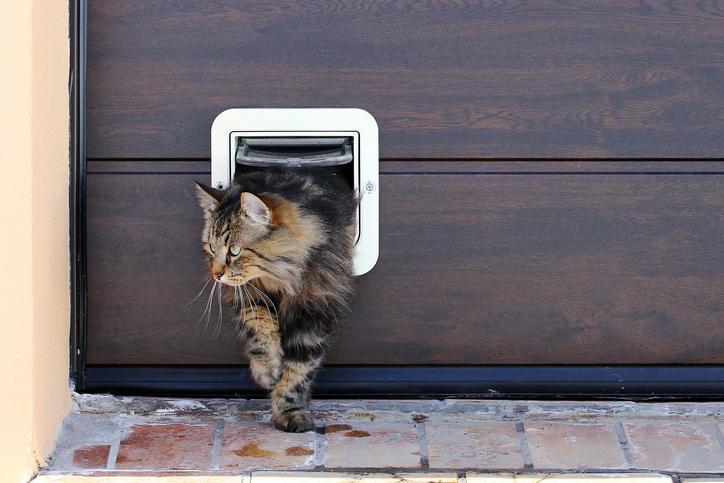 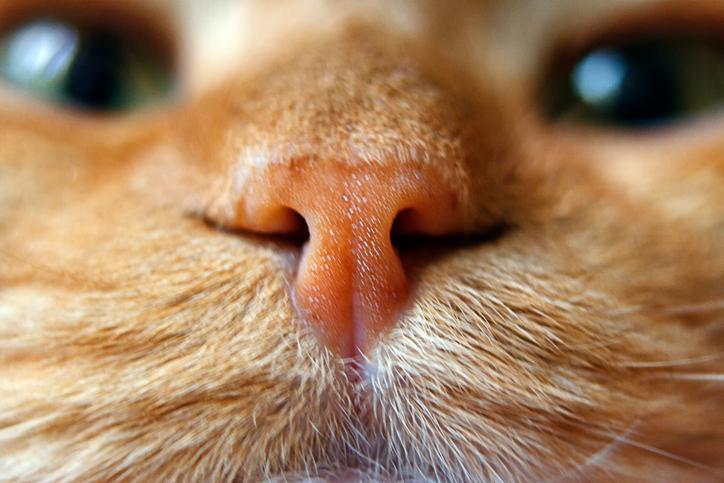 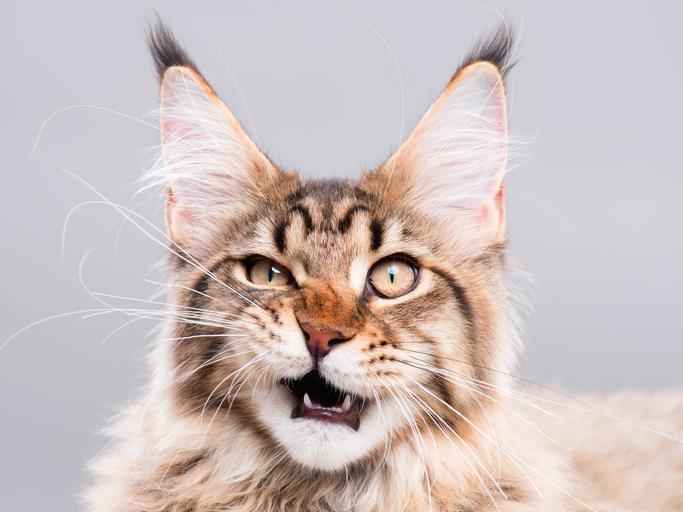 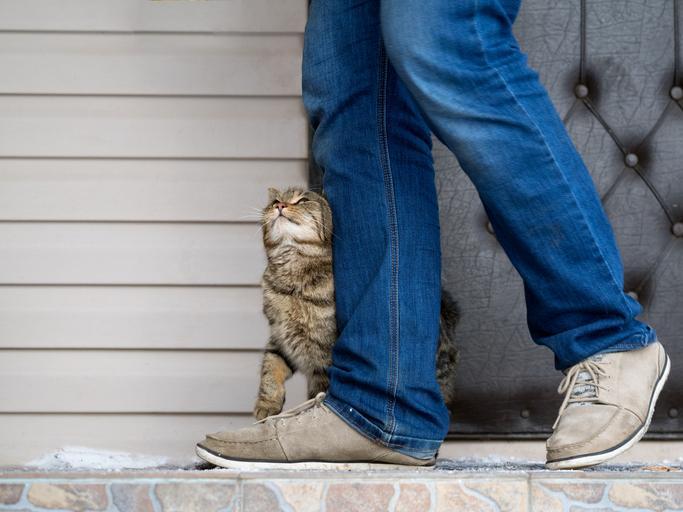