20+ Plants That Are Toxic to Cats

Cats are primarily carnivores but, like dogs, they sometimes eat plants. This may be for the fiber, to get certain vitamins, or because they like the taste, although the exact reasons are not clear. While this behavior is usually normal and harmless, if your kitty ingests a plant that is poisonous to cats it can have fatal consequences.

Therefore, we must be careful with the plants we use to decorate our home or garden, because some are very toxic to felines. These plants can cause cause dermatological problems, digestive, neurological, cardiac or renal damage and even death. To prevent this from happening, at AnimalWised we have complied a list of the most common plants that are toxic to cats and the effects they can have.

You may also be interested in: What Plants Are Poisonous to Dogs - Complete Guide With Pictures
Contents

What are the effects of plants toxic to cats?

Certain plants contain irritants or compounds that can cause systemic damage to a cat. Depending on the type of plant that a cat ingests or touches, different symptoms of plant poisoning can develop. The most common disorders and health problems produced by plants that are toxic to cats are:

Plants that can lead to gastrointestinal disorders in cats cause acute diarrhea, vomiting and, hemorrhagic or acute gastroenteritis. They may also result in liver failure, which presents with loss of appetite and mood changes.

Other plants effect a cat's nervous system. These can cause convulsions, spasms, excessive salivation, lack of coordination, hallucinations, pupil dilation and even permanent eye damage.

Some plants are toxic because they affect a cat's heart, increase their heart rate, causing arrhythmia, breathing difficulties and, in severe cases, cardiac arrest.

Kidney failure is often initially mistaken for a gastrointestinal disorder, but is potentially much more dangerous. The first symptoms - usually vomiting - appear a few hours after ingestion of the plant toxins. As the days go by and renal failure becomes more pronounced, vomiting remits and other signs such as weight loss (anorexia), dehydration, and depression appear.

This condition is the result of direct contact with the toxic plant. Symptoms of the irritant appear on the affected part of the cat's body and include inflammation, itching, pain, redness and even hair loss.

Depending on the type plant and nature of the contact, the cat may develop one or more of these disorders.

Plants that cause digestive, neurological, or heart disorders in cats

Among the common plants that are poisonous for cats, several cause either digestive issues, damage to the nervous system, heart problems or a combination of these. Here is a list of some of these plants that are toxic to a cat's system and you may have in your home or garden:

Oleander: this common flowering plant causes mainly gastrointestinal problems if ingested by a cat. Depending on the amount ingested, it can also result in breathing difficulty, arrhythmia, or in extreme cases cardiac arrest. It can also cause fever and drowsiness.

Azalea: another flowering shrub that affects a cat's digestive system, producing diarrhea, vomiting and excessive salivation. If ingested in small amounts, it may cause a lack of coordination accompanied by hallucinations. I larger amounts this plant can cause acute digestive damage, respiratory distress, altered heart rate, convulsions, hypertension, coma and even death, in very severe cases.

Dieffenbachia: all parts of this common houseplant are toxic to cats, who suffer either by chewing on it or simply by direct contact. If the plant touches a cat's body it produces symptoms such as irritation, inflammation, redness or blisters. If eaten, it immediately causes a burning in the mouth instantly, which usually deters the cat from continuing. In addition, it causes swelling in the neck and throat, pain in the stomach and esophagus, difficulty swallowing, excessive salivation, vomiting, difficulty breathing and, in the most severe cases, suffocation.

Eucalyptus: this is a tree often found in woods and public gardens, so if you have a cat that spends a lot of time outdoors, you should be very careful that they do not eat the leaves or any other part of the plant. Ingestion causes gastrointestinal disorders, diarrhea and vomiting.

Ivy: as with most other toxic plants on this list, all parts of the ivy are poisonous to cats, although its fruits are especially dangerous. Ingestion produces both gastrointestinal disorders, such as diarrhea and vomiting, as well as spasms and accelerated heart rate. In addition, on contact with ivy a cat's skin develops dermatitis and a rash. If a cat consumes large quantities of the plant or fruit, it can be fatal.

Hydrangea: another familiar garden plant, of which both the leaves and flowers are toxic to cats. The most common symptoms of hydrangea poisoning are gastrointestinal disorders (diarrhea, vomiting and stomach pain). Depending on the amount ingested, it can affect the cat's nervous system causing motor problems, such as lack of coordination.

Hyacinth: although the flowers are toxic as well, the most dangerous part for cats is the bulb. Eating it causes digestive disorders such as gastrointestinal irritation, diarrhea and vomiting.

Lily: lilies are toxic to cats, producing mainly digestive disorders with symptoms such as diarrhea, vomiting, abdominal pain and general malaise. In more serious cases it can cause hypertension and an increase in the cat's blood pressure.

Marijuana: although in many places it is illegal to grow this plant home, it is important to know that it is highly poisonous for cats, if ingested. Symptoms include lack of coordination, vomiting, diarrhea, excessive drooling, convulsions, increase in heart rate and, in the worst cases, coma.

Mistletoe: a plant commonly use din Christmas decorations, its fruit are poisonous to cats although large amounts have to be consumed to produce serious intoxication. They generally cause gastrointestinal damage, presenting with vomiting, diarrhea and general malaise. It can also cause pupil dilation and drooling. If a cat eats a large amount of the berries, they can cause neurological and cardiovascular damage, respiratory distress, asphyxia, tachycardia, lack of coordination, convulsions, coma and even a heart attack.

Poinsettia: another common houseplant during the winter, poinsettias are also toxic to cats. If ingested, it can cause digestive disorders that will lead to diarrhea, vomiting and abdominal pain. Direct contact with the sap of the plant, produces irritation in the feline's skin and eyes, leading to itching and eruptions.

Daffodils: all varieties of daffodils or narcissus plants are toxic to cats. Contact with them causes skin irritation, while ingestion produces serious gastrointestinal problems such as vomiting and acute diarrhea, abdominal inflammation and pain. In extreme cases it can cause heart disorders leading to the death of the cat.

Tulips: this is another common flowering plant, all parts of which are toxic to cats. Eating tulips cause cats gastrointestinal irritation accompanied by vomiting and diarrhea.

Other plants toxic to cats that cause systemic disorders

In addition to these, here are some other dangerous plants for cats that also produce digestive, nervous or cardiac problems in ingested:

If you have any of these plants at home or garden, make sure that it stays out of your cat's reach. If you suspect that they have been poisoned by ingestion or direct contact with any of these plants (or a plant you cannot properly identify), take the cat to the vet as soon as possible. Remember that the severity of the symptoms is linked to the amount consumed, and that toxic effects can be fatal. Prompt veterinary intervention can therefore be crucial to the cat's survival.

Plants that cause renal failure in cats - Lilies

The most common plants that cause renal dysfunction in cats are those belonging to the Liliaceae family (such as true lilies and tulips) and the genus Hemerocallis (commonly known as daylilies). In fact, together these are often considered the most dangerous plants for cats.

All parts of these plants are highly poisonous to felines, and their toxicity is such that ingesting a single leaf can lead the cat to develop symptoms. These include vomiting, loss of appetite and weakening. As damage to the renal system progresses, vomiting reduces until it disappears completely, although weight loss becomes more noticeable and the may even stop urinating due to lack of food intake.

The signs of renal failure caused by plant poisoning are not immediate. They usually appear around two hours after the cat ingests the plant. If you do not notice them, renal failure becomes acute in just three days following intoxication. Therefore, it is essential to go to the veterinarian as soon as possible, since only medical treatment can save the cat's life.

In addition to plants that cause internal systemic disorders in cats, there are some plants that also - or primarily - produce skin irritation or contact dermatitis when cats touch or rub against them. We have mentioned some of them in the list above, such as ivy or dieffenbachia. Other common plants that are toxic to felines for this reason are:

On direct contact with any of these plants, the cat will develop a allergic reaction which can include, rashes, redness, inflammation, itching, pain, stinging, blisters, and sometimes even localized hair loss. If ingested, these plants can cause a burning sensation in the cat's mouth and gastrointestinal problems.

In mild contact cases, skin irritation can be treated with anti-inflammatory ointment containing cortisone, though these must be prescribed by a vet. Applying cold compresses to the affected areas can also help to soothe the itching. However, in the more serious cases it is essential to take the cat to a veterinarian who can administer the appropriate anti-allergic treatment intravenously.

For a list of outdoor and houseplants that are safe for cats, take a look at our article on 10+ safe plants for cats. 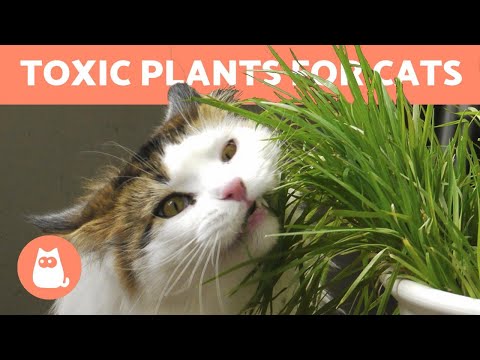 If you want to read similar articles to 20+ Plants That Are Toxic to Cats, we recommend you visit our Other health problems category.

My Cat Ate Poinsettia Plant Leaves
Signs of Allergies in Cats - Does Your Cat Have Allergies?
Medicinal Plants for Dogs
Can I Give Valerian to my Dog?
Related categories
Pregnancy problemsDegenerative diseasesMedicineParasitic diseasesHome RemediesViral diseases
Most read
1.
What to Do if My Dog has Something Stuck in his Throat?
2.
My Dog Is Bleeding from His Penis
3.
My Dog Keeps Licking Her Private Area - All Possible Reasons
4.
My Dog Has Pus Coming From His Penis
5.
Why Does My Cat Push Out His Penis and Lick It?
6.
My Cat Has Liquid Coming From Their Anus
7.
My Dog's Poop Starts Solid Then Goes Soft
8.
My Dog Keeps Making a Gulping Sound
How are Pesticides Killing Bees
Permethrin Toxicity in Cats - Symptoms and Treatment
Common Cat Poisons - Symptoms and Treatment
Most Common Bee Diseases
Are Possums Dangerous to Humans or Pets?
Uses of Aloe Vera in Dogs
Gastritis in Cats
My Cat's Lymphocytes are High

20+ Plants That Are Toxic to Cats 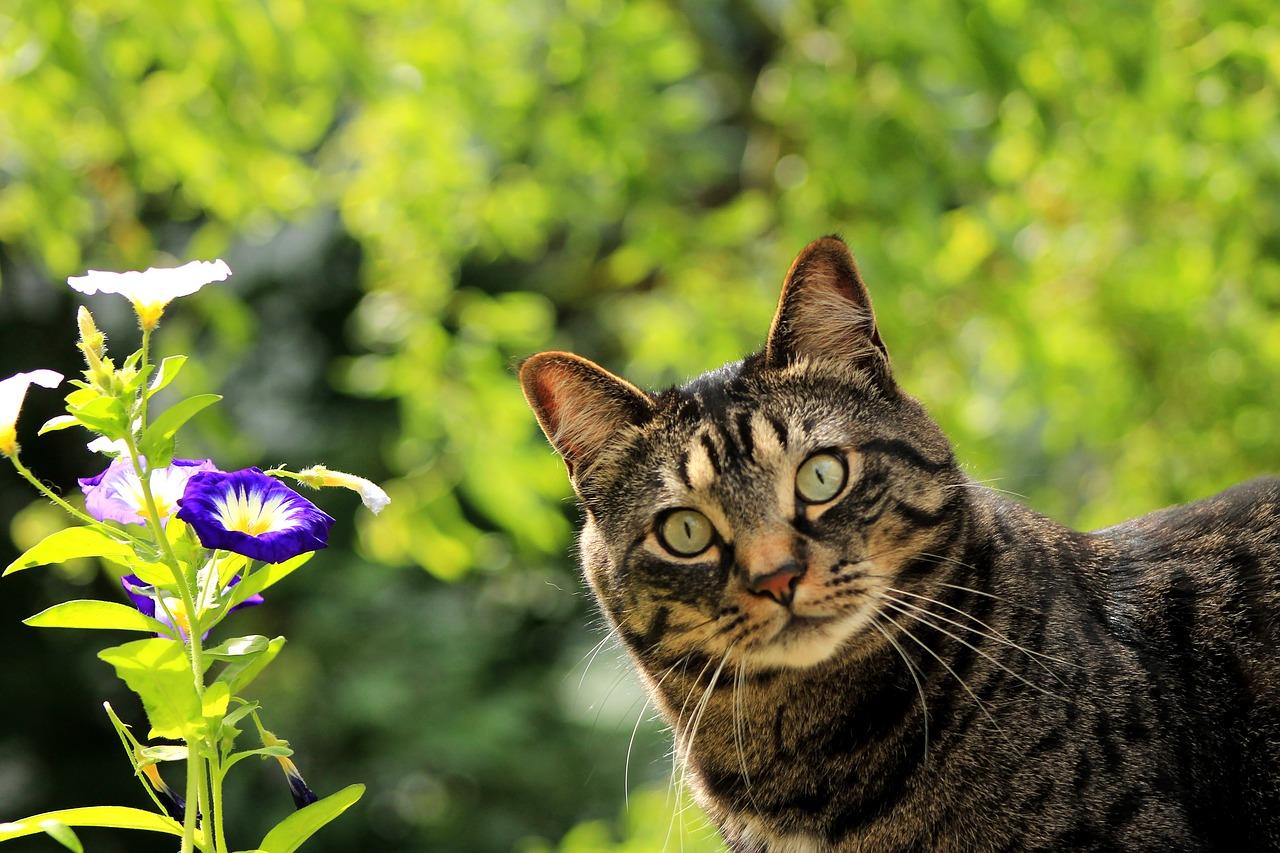 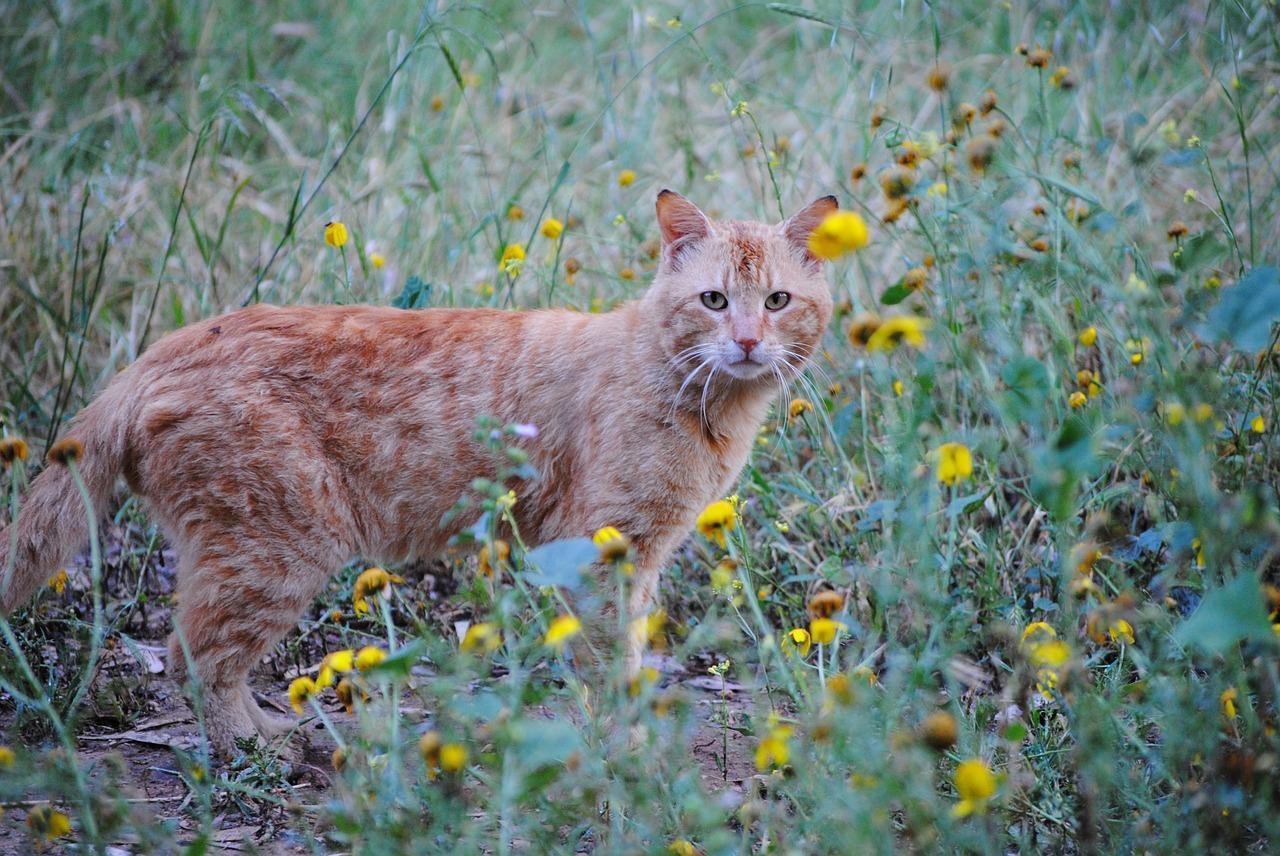 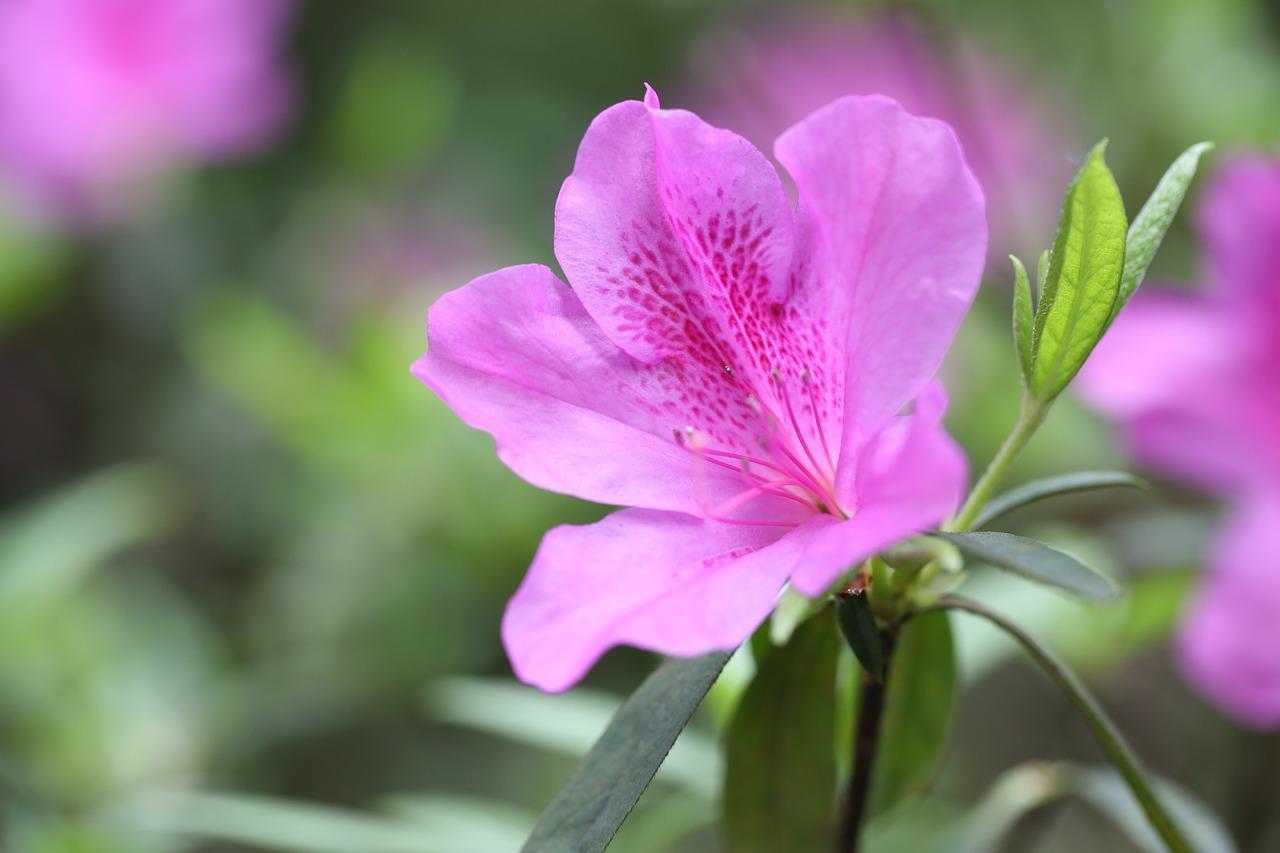 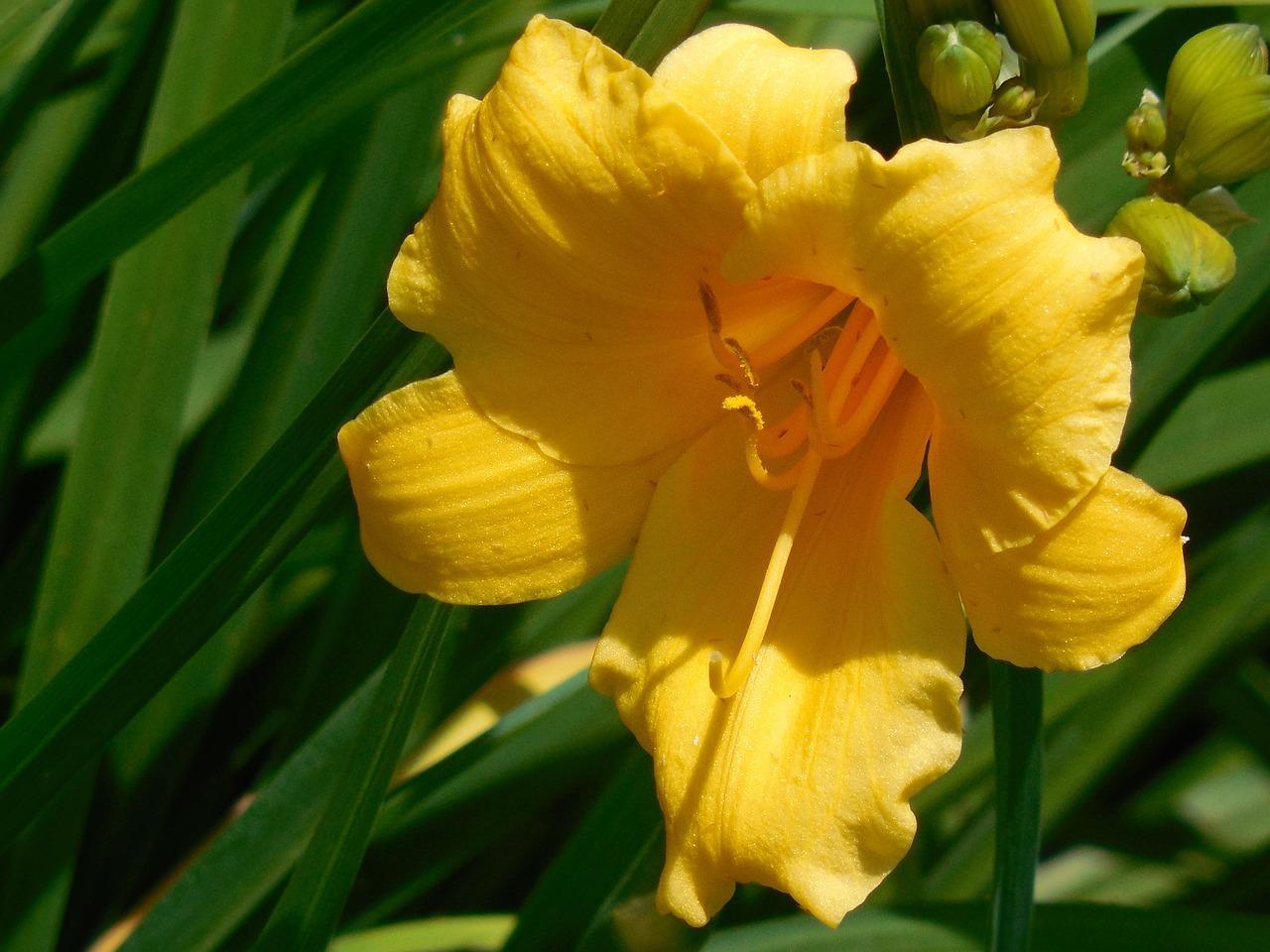 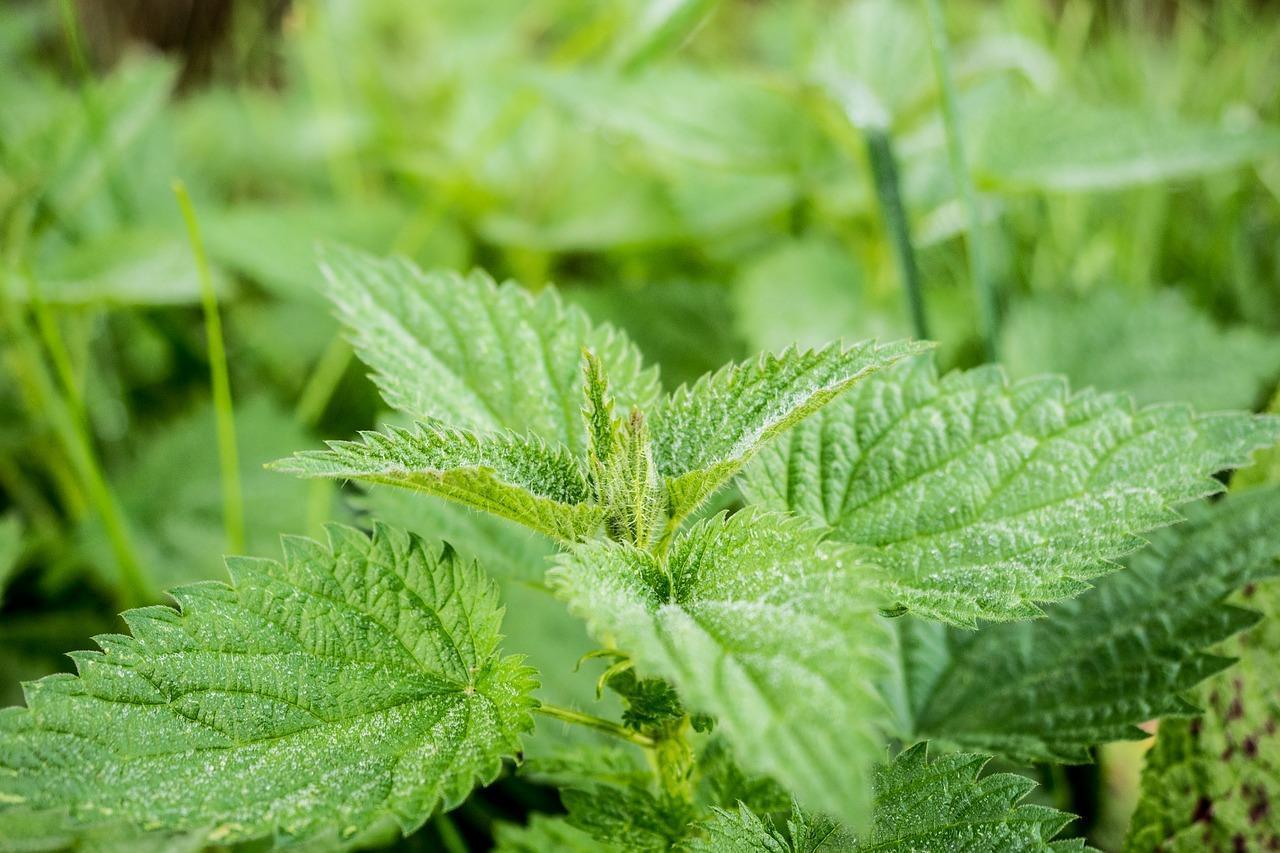