The panda bear, whose scientific name is Ailuropada melanoleuca, is a large mammal that lives in mountainous areas of Tibet and China. While its beauty and usually placid demeanour are admired by all animal lovers, unfortunately, this animal is critically endangered.

One of the peculiarities of this mammal is that, unlike other bears, it does not hibernate. They do change their habits seasonally, as during the summer they usually climb to the highest areas of the mountain (sometimes 3,000 metres up) and during winter will come down to look for a warmer environment.

If you want to discover more about this fascinating animal, read on as AnimalWised helps you find out more about the panda bear's diet and eating habits.

You may also be interested in: A Natural Diet for Dogs
Contents

The stereotype we have of the panda is as a bamboo munching creature, happily gnawing away on the woody grass for hours at a time. While this is indeed true, the panda is actually omnivorous. This means that it can consume any organic substance, whether it be animal or vegetable.

The panda can weigh approximately 130 kilograms, although the average weight ranges between 100 and 115. In order to meet the energy needs of its robust body, the panda can spend 10 to 12 hours a day feeding. Moreover, it has a virtually insatiable appetite.

Bamboo consists of 99% of a panda's food intake and for this food to cover all of their nutritional needs, the panda must consume approximately 12.5 kilograms of it a day, but in fact can reach up to 40 kilos. Of this amount approximately 23 will be ejected in the form of stools, given that the panda's digestive system is not fully equipped to handle the cellulose molecules in the bamboo.

What Does the Panda Eat?

As we've mentioned above, the most basic and essential food in the panda's diet is bamboo. In their habitat, the mountain ranges in Tibet and some parts of China, there are more than 200 species of bamboo, although it is estimated that the panda only eats about 30 of these to cover its basic needs.

They generally stick to a herbivore's diet, but there is a minority that includes some animals in their eating habits - such as eggs, insects, rodents and young deer.

How Does a Panda Feed?

The panda is equipped with strong teeth and jaw allowing it to grind bamboo stems down to extract its pulp. They also have a handy sixth finger which is actually an adaptation of the wrist bone. Thanks to this wonderful evolutionary tool, it is even easier for the animal to find and consume its food.

Those same physical characteristics are what allow pandas to hunt when necessary for the remaining 1% of its diet consisting of animal nutrients.

It's a Panda's Life

The Panda's lack of hibernation, which distinguishes them from other bears, is likely due to this repetitive diet as they are not able to get all the nutrients they would need to do so from bamboo. Instead the panda will spend up to 14 hours a day eating, which they find particularly easy as they meditatively sit and gorge away. While this looks lazy, it is also necessary as the hard to digest bamboo requires a lot of energy to break down.

The rest of the time is spent sleeping before rising again to begin the search for more food to satisfy their appetite. This is always carried out as a solitary process because the panda is an animal that only searches out other bears from the same species during the breeding season.

If you enjoyed this article, you should check out 5 fun facts about the red panda.

If you want to read similar articles to A Panda Bear's Diet, we recommend you visit our Homemade diets category.

Raw Food Diet for Cats
What Not to Feed Ducks - Wild and Domestic Duck Diet
Soft Diet for Cats with Diarrhea
A Homemade Diet for Dogs with Kidney Failure
Related categories
Diets to gain weightDiet problemsDiets to lose weightHealthy dietsLactation
Most read
1.
Why Does My Dog Only Eat Once a Day?
2.
What is the Best Diet for a German Shepherd Puppy?
3.
Tortoise Food List - What They Can and Can't Eat
4.
How Much Food Should You Give Your Dog?
5.
What to Feed a 1 Month Old Kitten - Bottle Feeding and Amount
6.
How Much Food Should I Feed My Cat?
7.
How to Cook Chicken for Cats
8.
My Dog is Too Skinny But Still Eats a Lot
What Foods Do Parrots Eat? - Typical Parrot Diet
What is the BARF Diet for Dogs? Tips and Example Menu
Making Egg Food for Canaries
Can Dogs Eat Pears?
Can Cats Eat Cheese?
Can Dogs Eat Mushrooms?
Can Guinea Pigs Eat Cherries?
Meat Cake For Cats 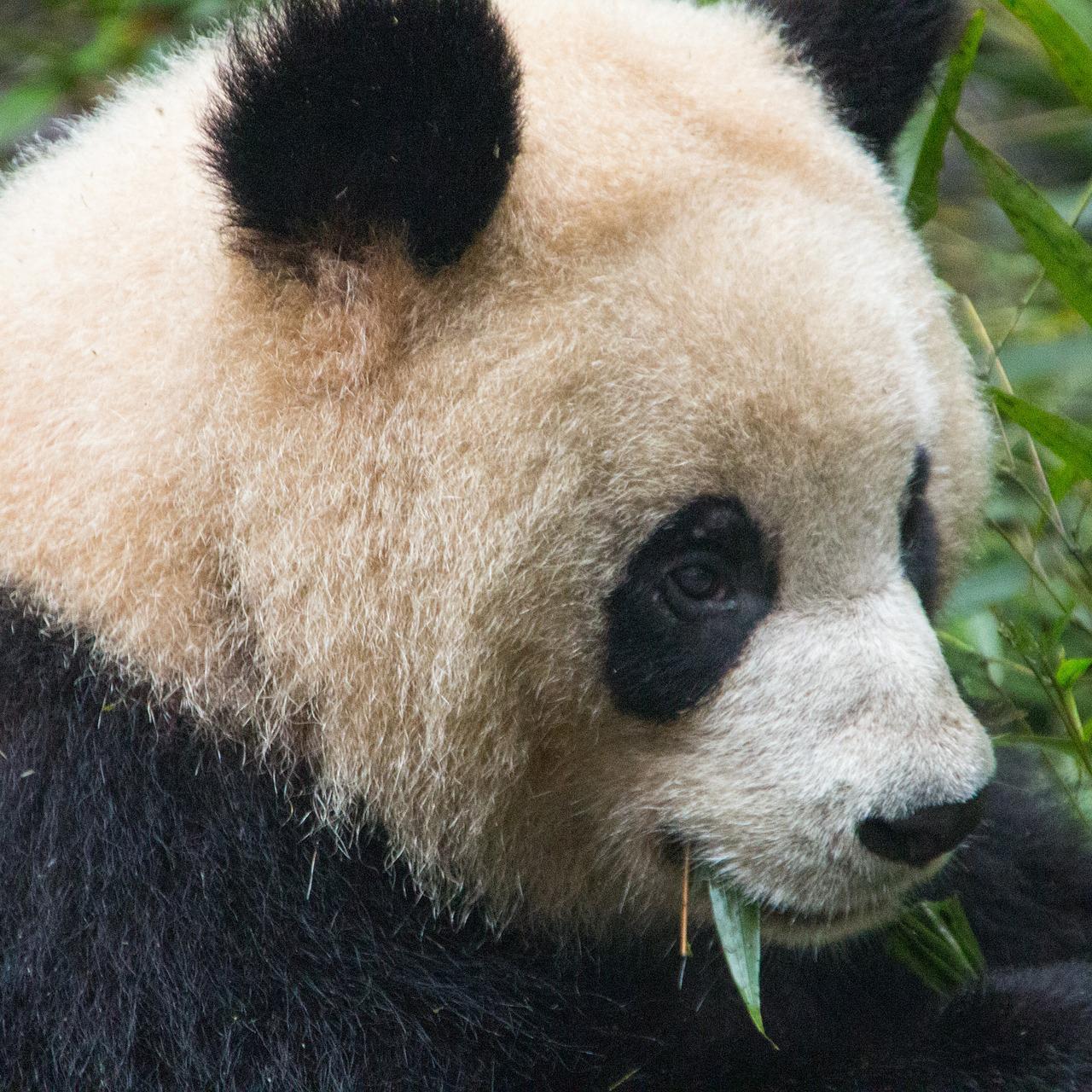 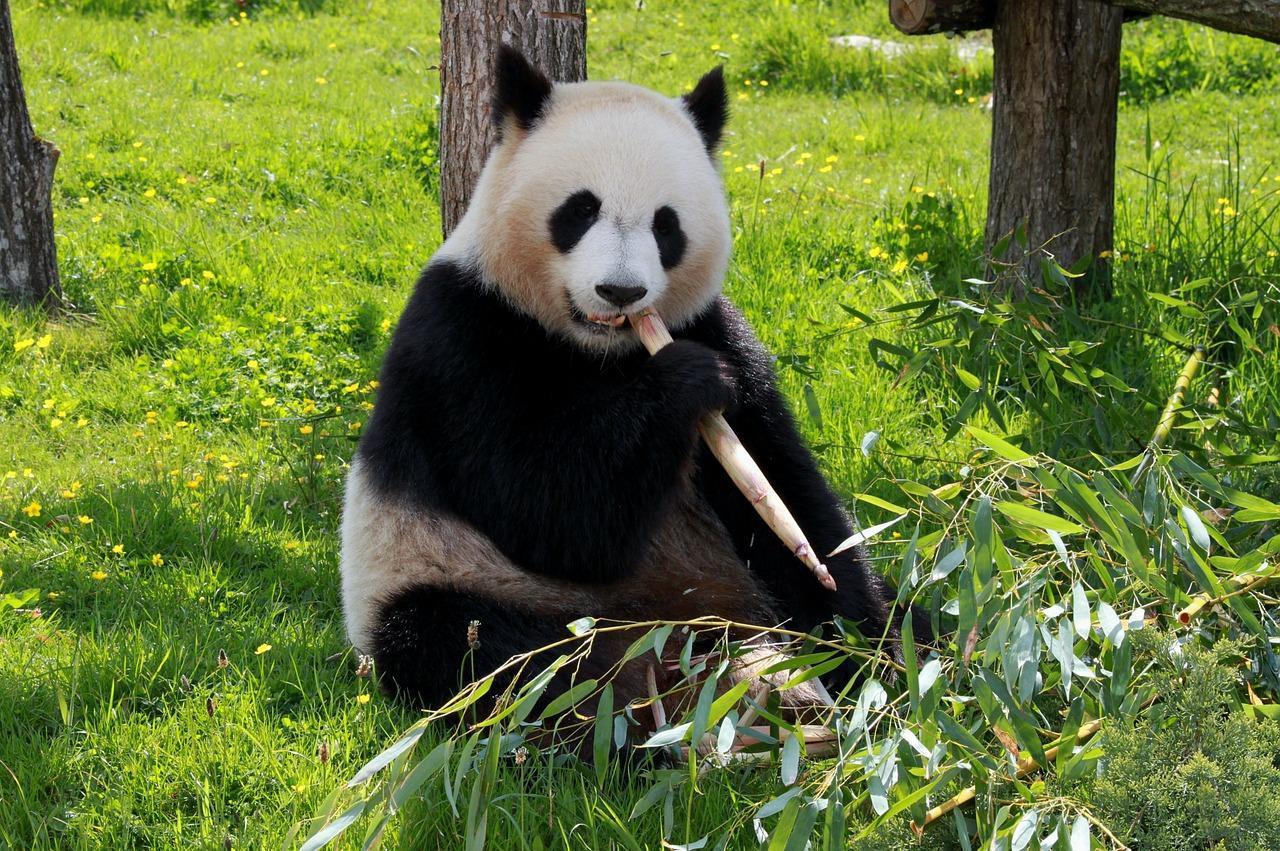 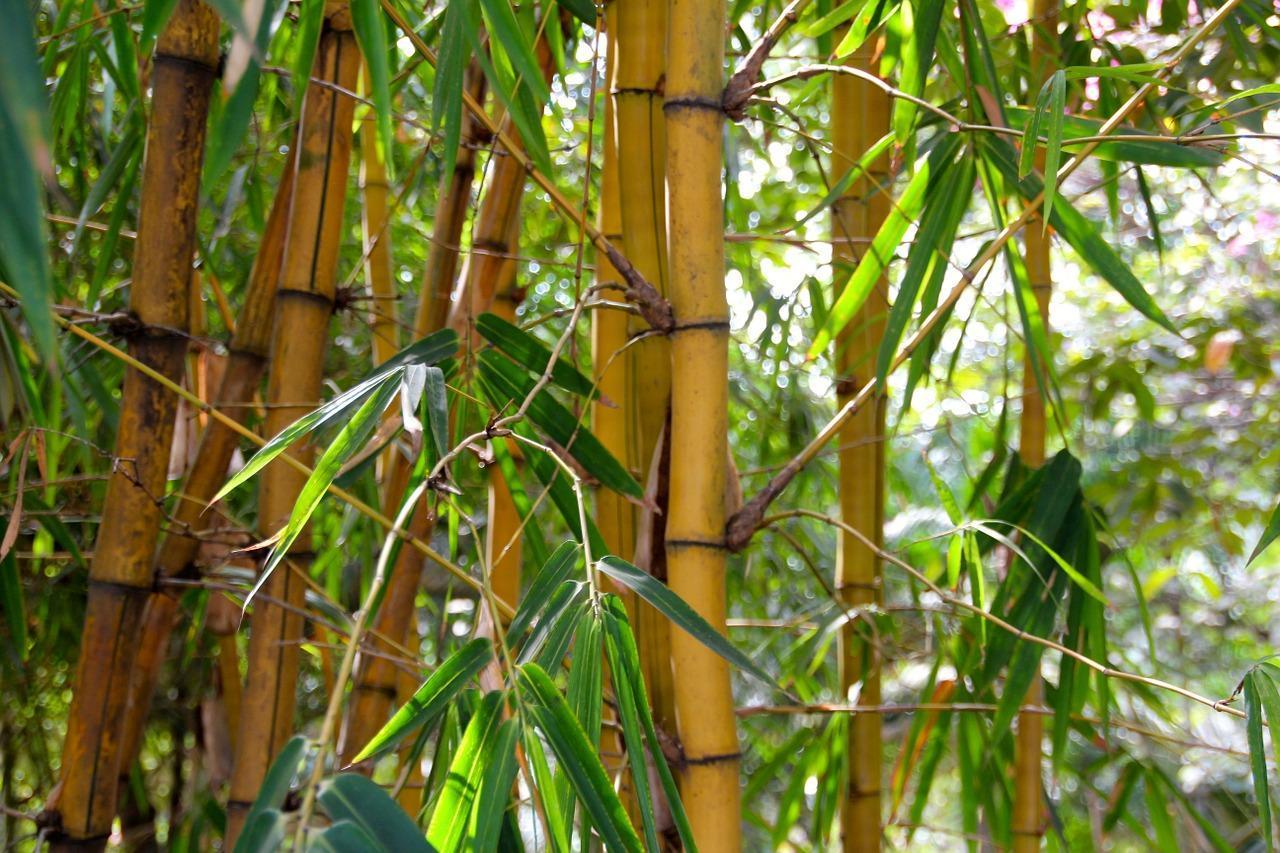 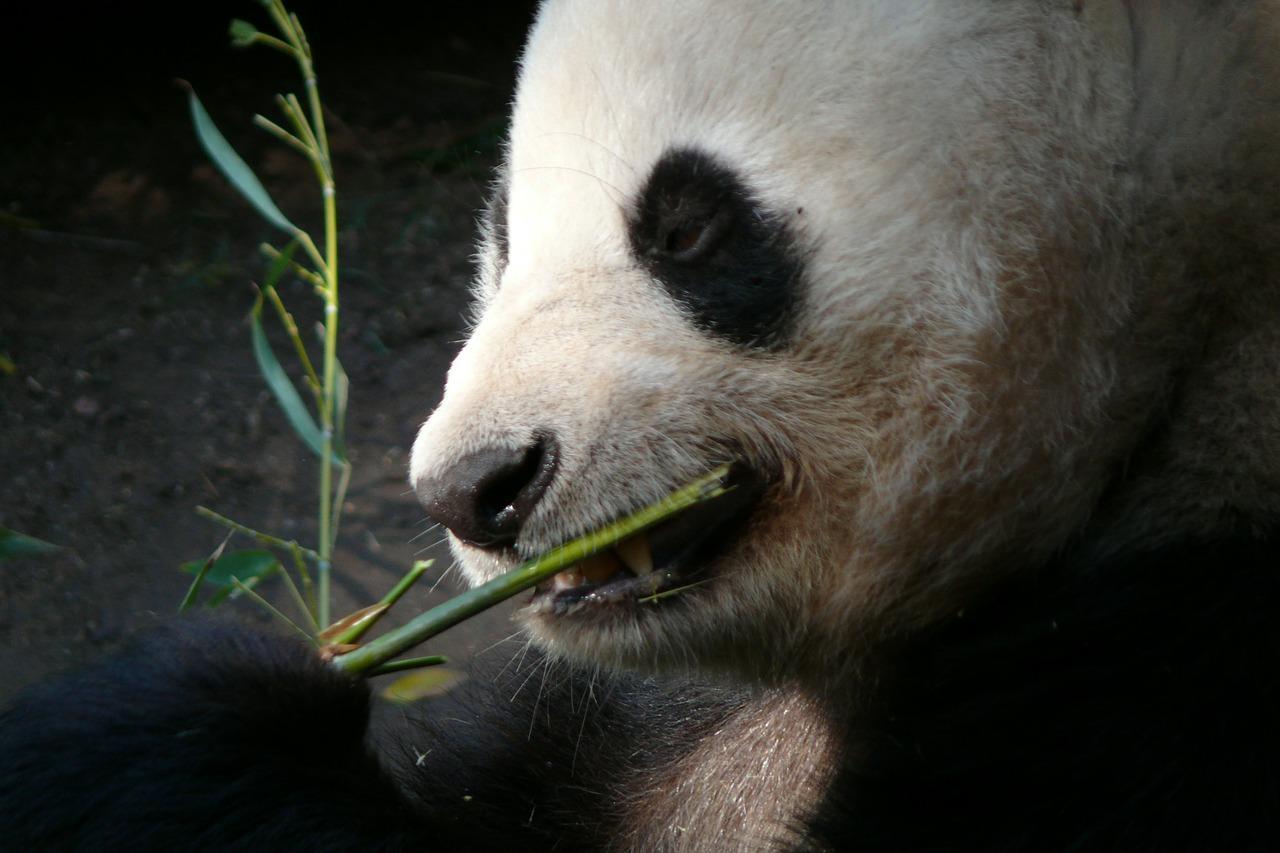 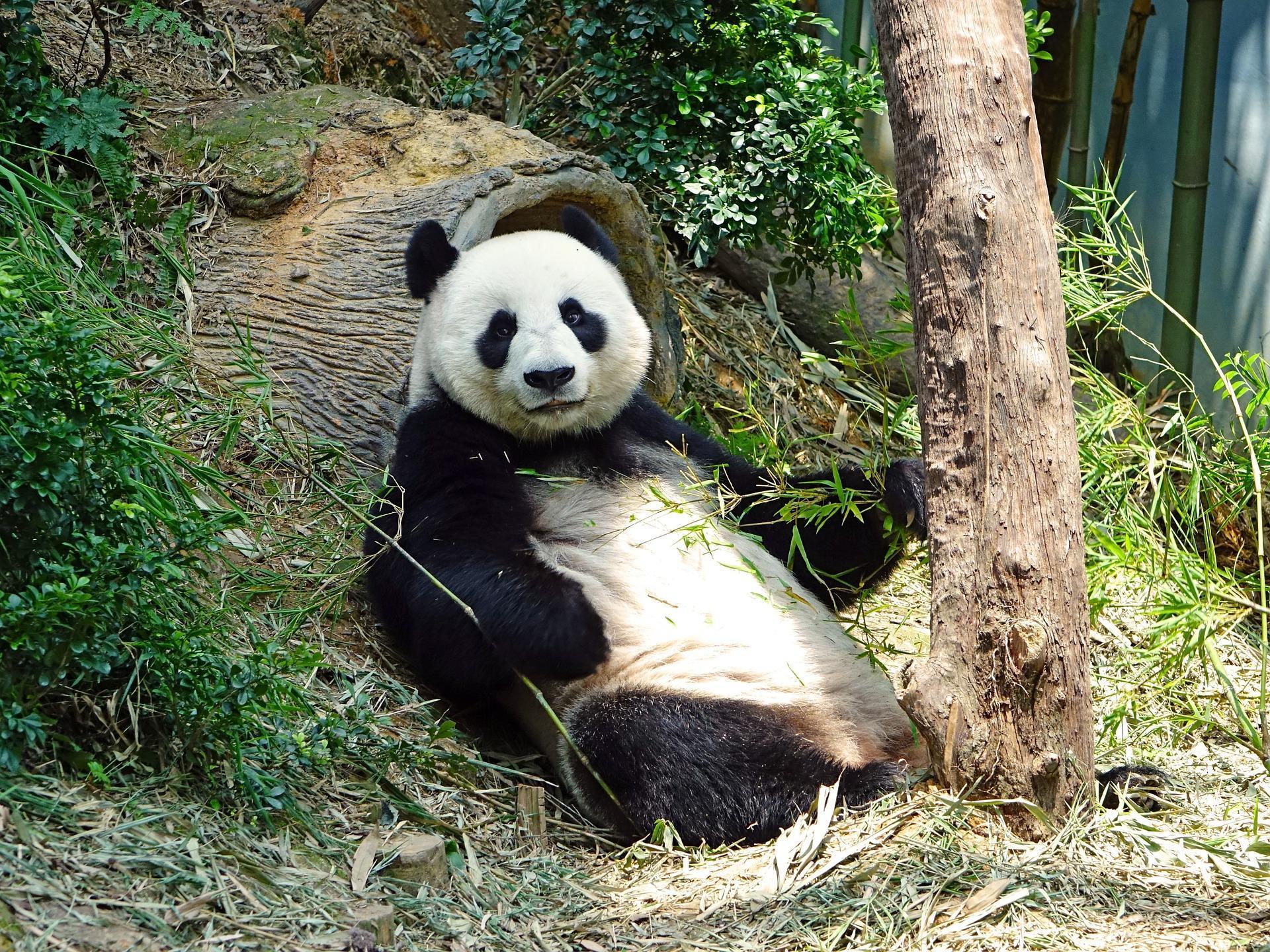