By Nick A. Romero, Biologist and environmental educator. Updated: November 21, 2021

Raccoons are native to North America, similar in size to a small dog. Although they are mammals in the order Carnivora, they have a truly omnivorous diet. Thanks to human settlements developing in their natural habitats, raccoons are coming into contact with human populations more frequently. This is often due to their search for food. With their omnivorous diet, it is common for them to make noise searching through refuse at night. However, as raccoons become more accustomed to their human neighbors, interactions between the two are increasingly common.

At AnimalWised, we understand whether raccoons might be dangerous to humans by asking are raccoons aggressive animals? We find out if they are prone to attack not only humans, but cats and other companion animals we may have in the home.

You may also be interested in: Raccoon-like Animals - Names and Examples
Contents

Raccoons have a very cute appearance with expressive eyes and a mischievous demeanor. Although they do not have opposable thumbs, they do have very dexterous paws. This allows them to manipulate their environment and even carry out behaviors which are perceived as human-like. All these combine to elicit a tender feeling towards them from many people.

However, due to their lack of fear when it comes to entering human settlements, raccoons have also built a reputation as pests. They can cause damage trying to break into homes, destroy belongings once inside or simply make a mess rooting through trash. Repeated instances on home property can often lead to owners trying to remove them from the area.

With this in mind, it is important to know that raccoons are wild animals. While there are many examples of tame individuals, they have not gone through the process of domestication. These means most are not well-suited for co-existence with humans, even if they have been brought up in captivity.

In general, raccoons will not attack humans. Humans are much too large to be considered prey, so they will likely flee rather than attack. This does not mean there have not been recorded instances of raccoon attacks. When they do attack, it is usually out of self-defense. There are two important factors as to why raccoons and humans are interacting with each other more:

When a raccoon does attack a human, it is usually unprovoked. We look at the situations which can lead to a raccoon being dangerous and aggressive below.

Why are raccoons aggressive?

Wild animals are adapted to certain ecological conditions, which are linked to their biology. When these conditions are changed, animals can have aggressive responses or behaviors. As raccoons are often prey to larger predators, they will see humans as potential threats. Although we may merely want to interact and say ‘hello’, the raccoon can perceive this as a threat. If they cannot flee, they will resort to aggression to maintain their security.

In recent years the report of conflicts between raccoons and people has been increasing[1][2]. Although some of these are specifically referred to attacks, most are linked to property damage, noise and disorder in homes. Raccoons attacking humans seemingly without provocation are rare and the provocation is usually unknown, rather than absent.

There is a case where raccoons can be aggressive which is neither their fault, nor that of a human intruder. When a raccoon is infected with the rabies virus, the latter stages of the disease involve unprovoked aggression. While rabies in raccoons is relatively rare, it is a possibility and we should not only avoid rabid raccoons, we need to report them to local animal authorities to prevent the virus spreading.

Raccoons are more frightened of humans than we are of them. They will be more likely to flee than attack. If they do attack, it will usually only be as a means of escape. Although they have dexterous paws, claws and sharp teeth, they are not strong than most adult humans. Healthy individuals should be able to defend themselves.

Children, people with disability or the aged may be more vulnerable to a raccoon attack. However, there are very few instances of raccoons attacking humans and we cannot see evidence of them killing in a physical attack alone.

When raccoons have killed people, it is usually due to rabies. Rabies is a deadly disease and lethal past a certain point. Anti-rabies medication needs to be administered before the virus reaches the brain. If a person is attacked by a rabid raccoon, which has happened recently[1], it is possible they will be bitten. In this case, the person can die as a result of the rabies infection.

Do raccoons attack cats or dogs?

While it is very unlikely a raccoon will cause harm to a human, it is perhaps more likely they will do so to a companion animal. This is especially the case if the animal is smaller than the raccoon. While raccoons are more likely to predate on bird eggs, small reptiles and rodents, it is possible they will see a cat or similar-sized pet as potential prey. Learn more about the raccoon diet with our article on what do raccoons eat.

For this reason, it is possible a cat will be attacked by a raccoon. Since cats are territorial animals, they are likely to try to scare a raccoon away if they encroach on their territory. Larger dogs may also try to scare them away, but this will depend on the disposition of the dog. Some may be just as likely to try to play with the raccoon.

As with humans, raccoons can also transmit disease to animals. If we see our cat or dog has been attacked by a raccoon and they have wounds, it is best to take them to a veterinarian. They will analyze them for disease and administer any necessary treatment.

What to do if a raccoon attacks you

As we have mentioned, raccoons can be aggressive and attack, biting or scratching with their claws. While unlikely to be fatal, they can cause an injury to the affected person. The wound itself is not the only concern. As vectors of various pathogens, these animals can cause various infectious and parasitic diseases.

An example of the above is rabies, which is caused by a virus that is transmitted by the bite of certain animals such as raccoons. This disease causes serious consequences in an infected person. Another pathogen that raccoons spread is Baylisascaris procyonis. Depending on whether it attacks the eyes, certain organs or the brain, it can cause severe damage. These pathologies can also be transmitted to other animals, such as dogs or cats. In addition, they often carry other viruses and bacteria, which are capable of making humans ill.

If a raccoon were to bite you, immediate medical attention is necessary. Not only will the wound need treated, but the appropriate measures need to be taken to prevent certain diseases. You will also need to contact animal services in order to carry out a veterinary evaluation and verify its state of health. This is especially important if the raccoon is rabid as if one raccoon has rabies, it is likely others in the area are also affected by the disease.

What to do if you see a raccoon

It is common to see raccoons in certain urban areas of North America. Although not endemic to Europe, raccoons there have been released into the wild by humans. This includes parts of Germany where populations are more noticeable. They are more likely to be found in wooded areas, but these European raccoons can also enter urban environments.

If we see a raccoon, the best thing we can do is leave them alone. In these cases, they will not likely be aggressive. We can offer them food, but it is inadvisable to do it directly and not all raccoons will react the same way. You should also bear in mind the raccoons are likely to return to your area if you offer them food. You may find it cute at the time, but they may become pests to you and your neighbors in the future.

As raccoons will often try to enter the home, we should protect our home from them. Close up areas where they can enter and don't leave windows or doors open at night.

Since they will likely flee at our presence, you should be able to scare them away more easily. Making a loud noise or charging may be sufficient. Do not try to attack or harm the raccoon. Be aware and respectful.

To learn more about a similar animal, take a look at our article on raccoon dogs as pets.

If you want to read similar articles to Are Raccoons Aggressive Animals?, we recommend you visit our Facts about the animal kingdom category.

2. Palomina, J. (2015). Pack of raccoons attacks a couple in the Richmond District. Retrieved from: https://www.sfgate.com/bayarea/article/Pack-of-racoons-attack-a-couple-in-the-Richmond-6603325.php

3. Acquisto, A. (2017). Mainer attacked by rabid raccoon drowns it in puddle. Retrieved from:
https://bangordailynews.com/2017/06/14/news/midcoast/maine-woman-attacked-by-raccoon-drowns-rabid-animal-in-puddle/

Bibliography
Why are Goldfish Aggressive?
The Most Aggressive Animals in the World
What is a Raccoon Dog? - History and Facts
Which Animals Are Mammals?
Related categories
Endangered animals
Most read
1.
What Animal am I According to my Zodiac Sign?
2.
What Does It Mean When a Cat Shows Up at My Door
3.
10 Most Beautiful Animals in the World
4.
How Many Types of Lions Are There?
5.
The 10 Most Solitary Animals in the World
6.
Why do Dogs Get Stuck when Mating?
7.
10 Smells that Attract Cats
8.
Animals With Scales - Full List
What Are Transgenic Animals?
What Are Oviparous Animals?
Which Animals Are Nocturnal?
What Are Scavenger Animals?
Omnivorous Animals
Are Boxer Dogs Dangerous?
Are Slugs Poisonous to Humans and Animals?
Are There Animals That Don't Sleep? 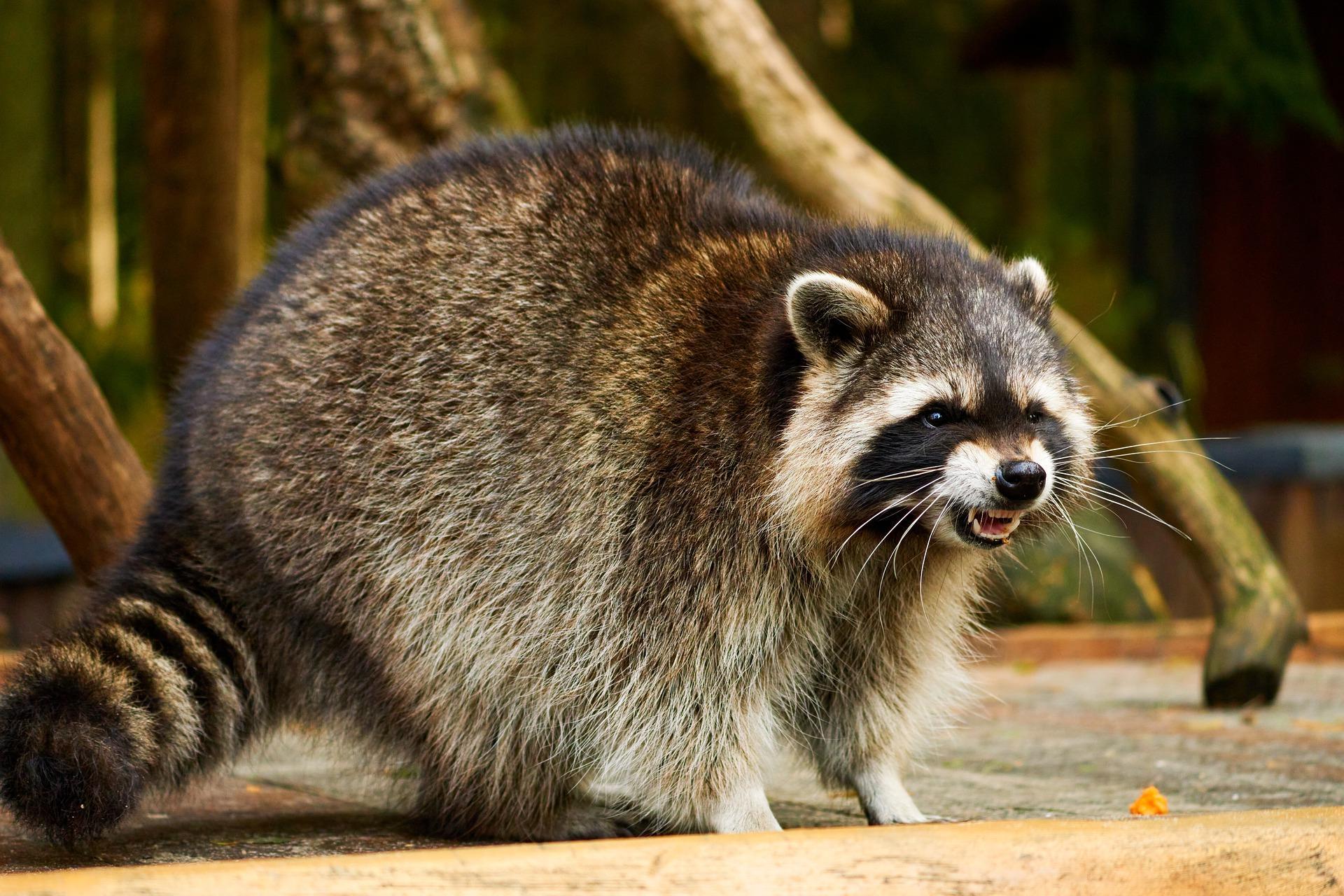 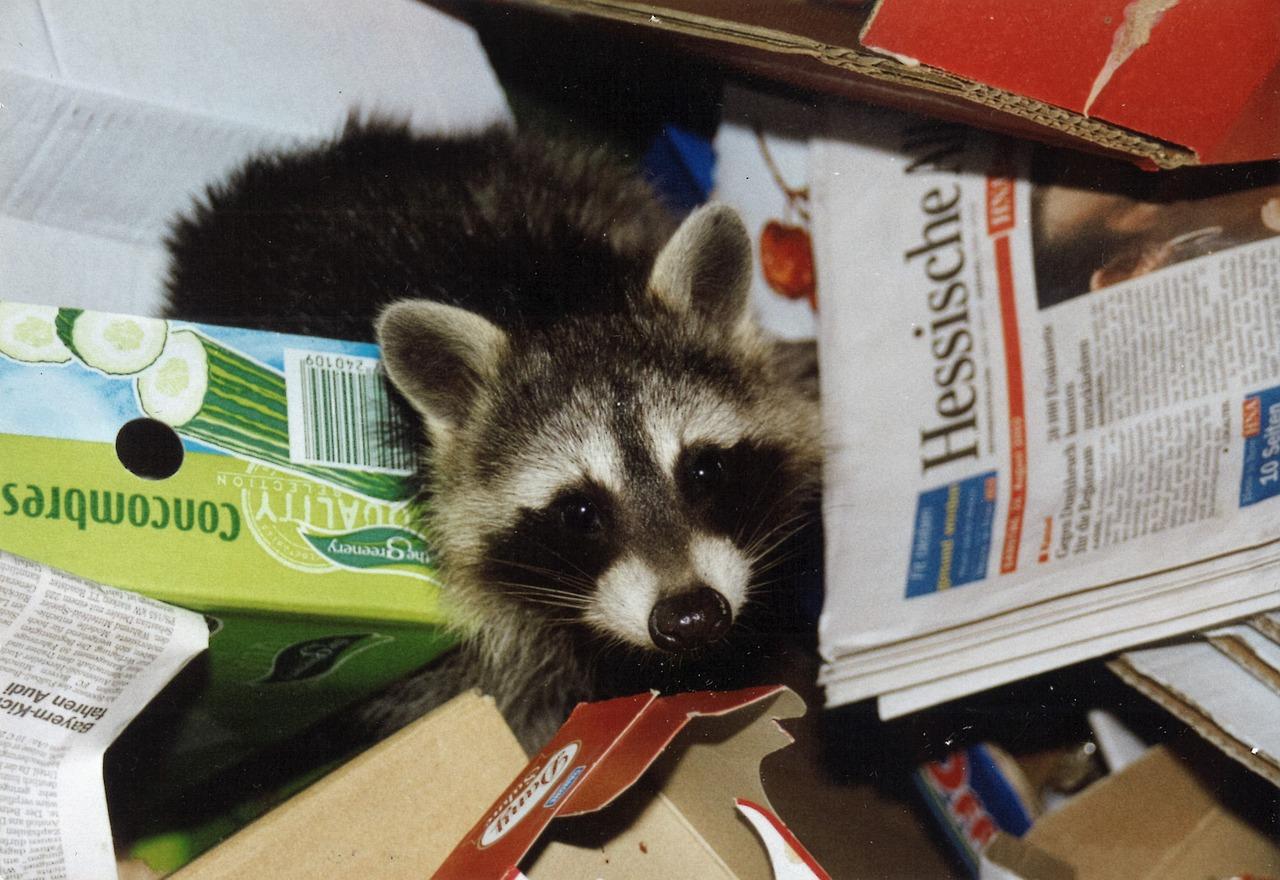 1 of 3
Are Raccoons Aggressive Animals?
Back to top