Can Cats Get Salmonella? - Food Poisoning in Cats

When asking ‘can cats get salmonella?’, we need to make a distinction. Salmonella is in itself a bacteria which causes the infection salmonellosis. The bacteria infects the host causing serious illness. The correct question should be ‘can cats get salmonellosis?’, with the unfortunate answer being ‘yes’. Fortunately, although salmonella poisoning in cats is possible, it is also relatively rare. This doesn't mean it is not something we need to be careful of. If we see any sign of food poisoning in our cat, we need to take them to the vet immediately.

You may also be interested in: Salmonellosis in Dogs - Symptoms & Treatment
Contents

In simple terms, salmonellosis is food poisoning caused by bacteria in the Salmonella genus. There are two main species of Salmonella, the Salmonella enterica and the Salmonella bongori bacteria. These species are divided into at least 6 subspecies, but there many other variations even within these sub-species. These bacteria are present in food which is ingested, passing through the digestive system and affecting the intestinal tract of the host. The result is gastrointestinal issues which can be very troubling for the cat.

While salmonella poisoning in cats is relatively rare, its detection is very important. Not only can it make the cat very sick, causing much disturbance, it has zoonotic potential. This means, it is possible for the bacteria to spread from animal human. The most likely cause of this transfer would be from the animal's saliva.

The main vectors for salmonella (i.e. the food which most often contains the bacteria) are poultry, cattle and pork foodstuffs. It is not only the meat which can cause infection, but milk and eggs also lead to transmission. It is also possible for the bacteria to be transmitted through water, meaning it is possible for almost anything with water in it to become a vector. Some think it is impossible to get salmonellosis from fruit and vegetables, but this is not true.

Salmonella poisoning can be facilitated by direct ingestion of infected food, but contact with raw food sitting out on the counter or contaminated surfaces are enough to spread the bacteria. If a cat licks an area which has not been cleaned properly, it is possible for transmission to take place. Even processed and cooked foods can pass on the bacteria if they are not properly preserved, have been exposed to unsanitary conditions or have parasites in them.

The different Salmonella bacterium is resistant to the stomach's pH level, bile salts and peristalsis (the movement of the digestive system). The bacteria colonize the small intestine and invade the mesenteric lymph nodes which lie close to the wall of the small intestine. The intracellular defenses of our immune system are incapable of destroying it. This means it can travel into the bloodstream to produce a systemic infection and becoming localized in the liver, spleen and other organs.

Symptoms of salmonella poisoning in cats

Salmonella is eliminated with the feces of the cat and can be released into the environment. Not only that, but it has high resistance levels meaning it can survive for long periods of time. This is one of the reasons we need to take extra special care with outdoor cats. As other cats and animals can come in contact with infected feces, we need to get rid of it to stop the spread of infection.

Not all of the animals which host salmonella bacteria will have symptoms. They may simply be carriers which can pass the disease on. However, these would be in the minority if cats. Salmonellosis can also be transmitted via the airway if the bacteria is present in the throat or lungs. Younger and otherwise immunodepressed cats are the most susceptible to infection.

The initial infection causes enteritis, meaning inflammation of the intestine. It is this inflammation which causes malabsorption and many of the symptoms of salmonella poisoning in cats. These include:

The symptoms of salmonella poisoning usually begin to be visible between 12 hours and 3 days of ingesting the contaminated food or otherwise being exposed to the bacteria. The feline might spend between 4 and 7 days without treatment, but after this time, the cat's life is under serious threat. If the cat is otherwise unwell, it can seriously affect their chances.

Diagnosis and treatment of salmonella poisoning in cats

It is important to point out that there are other diseases and conditions in cats which can lead to similar symptoms to salmonella poisoning. Such diseases include metabolic disorders, nutritional deficiencies, neoplasms or a variety of the many infections from which cats can suffer. This is why is is so imperative to take the cat to a specialist. They will be able to provide the right tests for diagnosis and implement a treatment plan.

For a positive diagnosis of salmonella poisoning, the vet will likely perform a physical examination and ask for a thorough anamnesis (a clinical history of the cat's health). After this, however, they will need to confirm the presence of the salmonella bacteria. This is done through the molecular biology tests which include a fecal cytology, a polymerase chain reaction (PCR) test or even blood cultures. The latter of these tests will be to check for low platelet levels, the presence of anemia, electrolyte imbalance and to rule out the presence of another disease which might be causing the symptoms.

Treatment of salmonella poisoning in cats will depend on the severity of the infection. Once the bacteria begins its symptoms, the cat will become depleted in electrolytes and become dehydrated. The cat will likely be given fluid therapy, perhaps bolstered by electrolytes to help replenish them. This may be done in the veterinary clinic, but it is unlikely they will be held for observation unless they are in a seriously weakened state or have some concurrent health issue. Sepsis is one such complication, but it is fortunately not common. Animicrobials may also be given.

Antibiotics may be given to the cat to kill the bacteria, but only in rare cases. Mostly the vet will recommend keeping the cat off food for 24 to 48 hours depending on the severity of the case. Since the disease is zoonotic, the cat will need to be kept away from any vulnerable persons (e.g. children) and anything they have been around needs to be carefully cleaned.

Preventing salmonella poisoning involves being careful with what the cat ingests. Generally, cats will be quite discerning with what they eat. Unfortunately, salmonella bacteria can not always be detected by smell. It can also be present in liquid which might be ingested along with food which is otherwise OK. Being very careful with the food we provide for our cat is the most important factor in preventing salmonellosis in cats.

Commercially prepared cat food should be produced to a decent standard, but we should always be aware of any outbreak news. More likely, a cat will ingest salmonella bacteria due to eating non-commercial cat food. This could be from food we have left over, thinking it will be palatable for the cat. However, we should not give them any food which has any risk of contamination.

A 2017 report from the BMC Veterinary Research journal reiterates how important it is if we are feeding out cat a raw food diet[1]. The report discusses suspected cases of salmonella poisoning from defrosted chicken. Raw food (or BARF) diets have become more popular recently. It is possible a cat can thrive off this diet, if they are combined with the correct supplements. However, their preparation requires a lot of careful research and the above report claims veterinarian need to be careful when treating animals on this type of diet.

Lastly, preparing our own food needs to be done so carefully, for both the cat's and our own safety. Check our food before we cook it and throw away leftovers in appropriate places where the cat does not have access. Wash any surface or utensils carefully which have been used to prepare raw meat. Don't give treats to your cat unless you are 100% sure they are safe to eat. This will help to avoid salmonellosis as well as other types of food poisoning in cats. 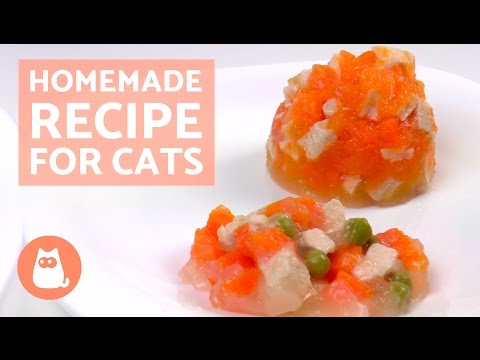 If you want to read similar articles to Can Cats Get Salmonella? - Food Poisoning in Cats, we recommend you visit our Bacterial diseases category.

Can You Get Sick From Your Cat? - Cats Spreading Disease
Periodontal Disease in Cats
Cat scratch Disease or Bartonella in Cats
Botulism in Dogs - Symptoms, Diagnosis and Treatment
Related categories
First aidSkin problemsMedicineOther health problemsInfectious diseasesDe-worming
Most read
1.
What to Do if My Dog has Something Stuck in his Throat?
2.
My Dog Keeps Licking Her Private Area - All Possible Reasons
3.
My Dog Is Bleeding from His Penis
4.
My Dog Has Pus Coming From His Penis
5.
Why Does My Cat Push Out His Penis and Lick It?
6.
My Dog's Poop Starts Solid Then Goes Soft
7.
My Cat Has Liquid Coming From Their Anus
8.
My Dog Keeps Making a Gulping Sound
Most Common Dental Problems in Cats
Leptospirosis in Cats - Symptoms, Diagnosis and Treatment
Pyoderma in Cats - Causes, Symptoms And Treatment
My Cat Has Yellow Teeth
Bad Breath in Dogs - Causes, Symptoms and Treatment
Tularemia in Rabbits
Fungal Infection in Dogs
Mastitis in Rabbits - Causes and Treatment

Can Cats Get Salmonella? - Food Poisoning in Cats 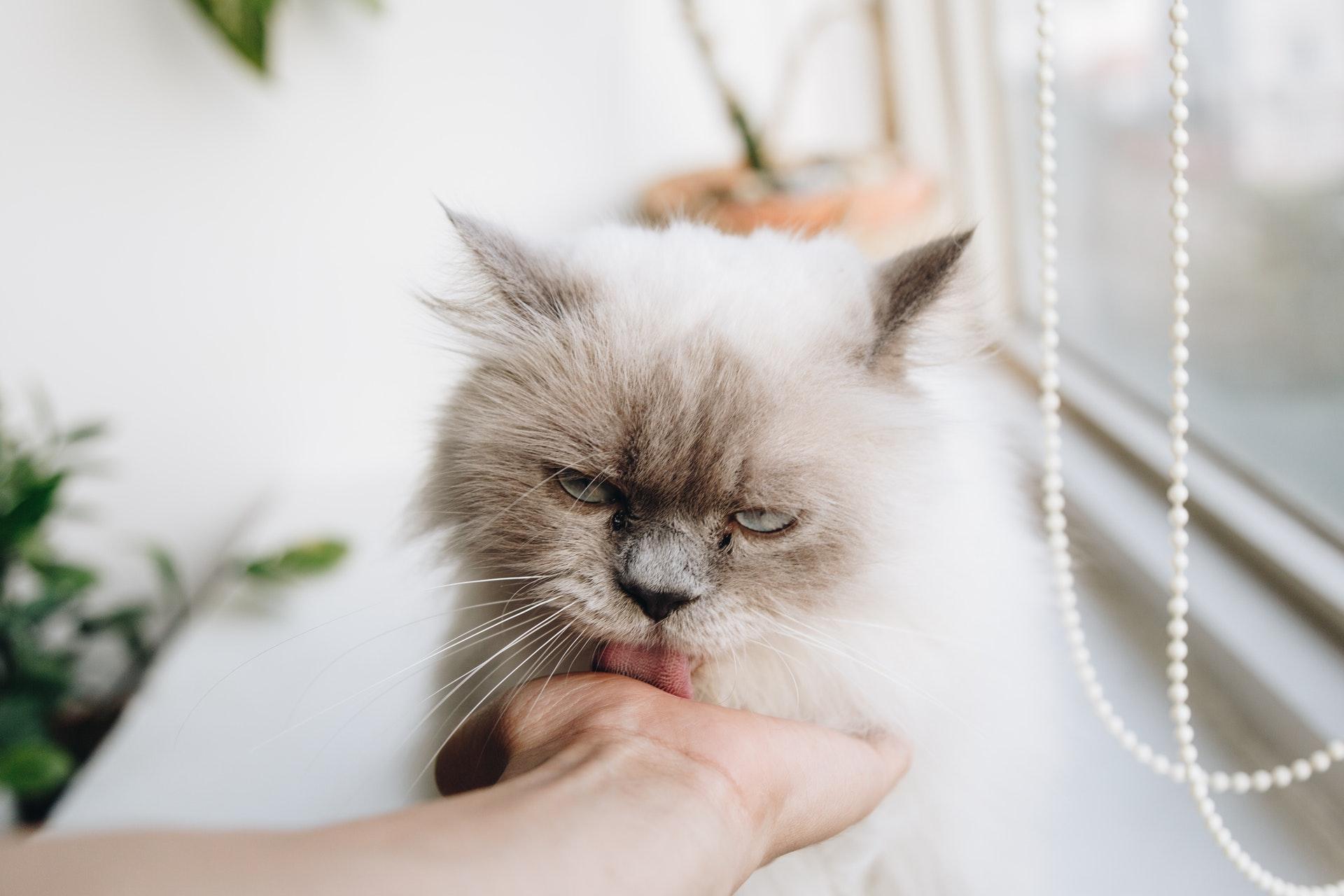 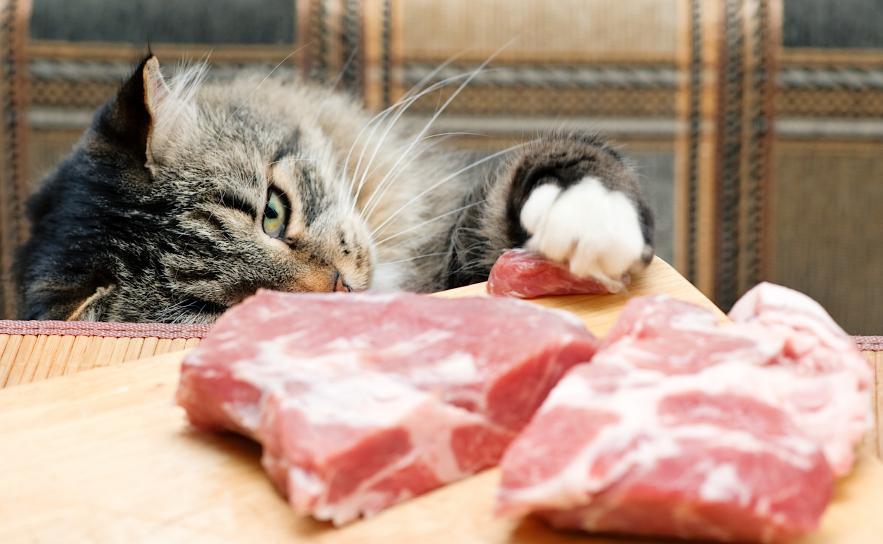 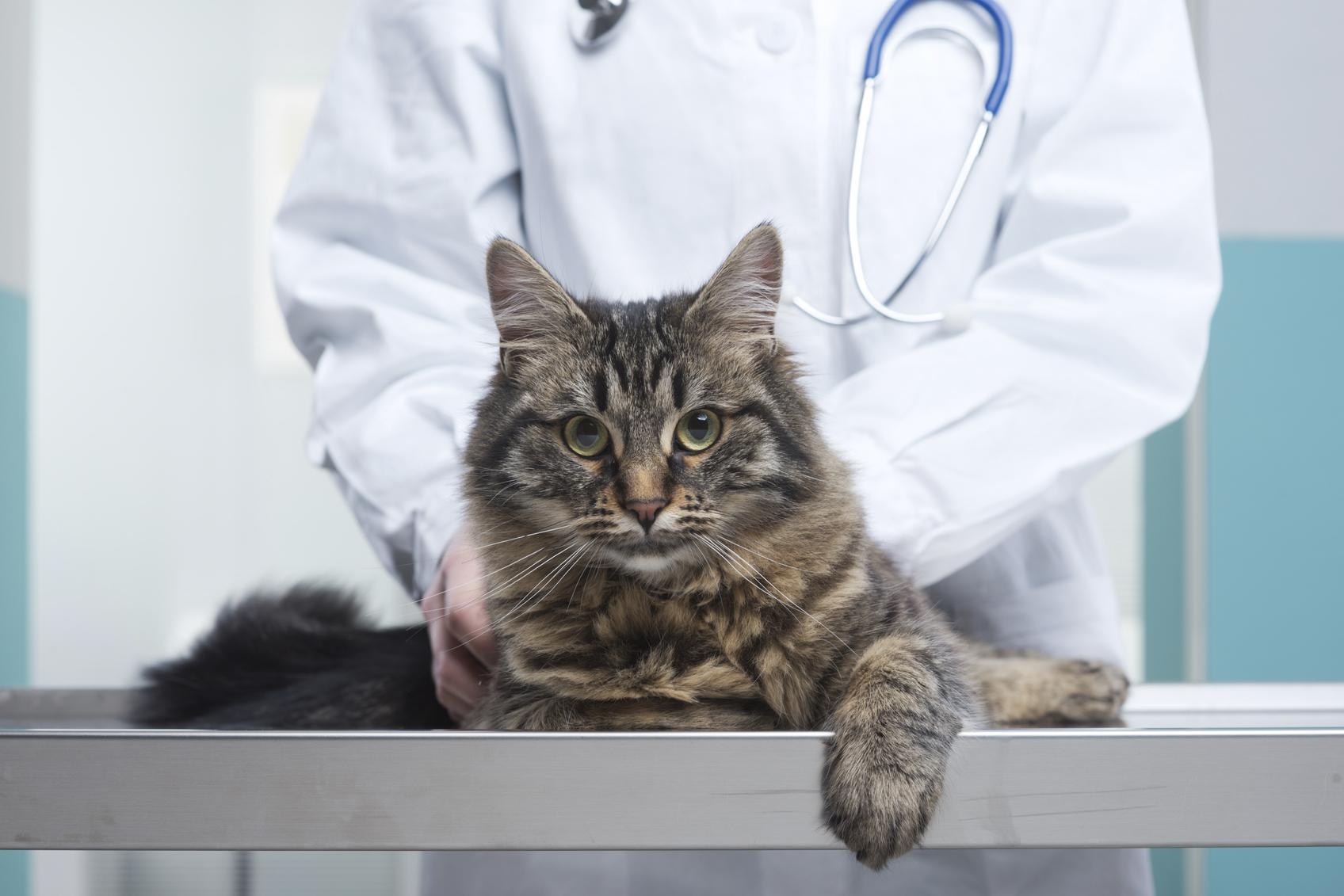 1 of 3
Can Cats Get Salmonella? - Food Poisoning in Cats
Back to top