Chickens are often kept in roofless enclosures or even let to roam free in back yards of domestic chicken keepers. This would understandably give the impression chicken's can't fly. Then you see them standing on a high fence and you get the oposite idea. The truth is a little bit of both. Chickens can fly, but they are just not good at it. They can cover short distances and they have different reasons for taking flight, but you won't catch them migrating south for the winter.

Chickens are not considered flightless birds, but their ability to fly is so poor, they sometimes might as well be. As AnimalWised answers whether chickens can fly, we also look into the reasons they have wings in the first place and how they use them for their daily lives.

You may also be interested in: Why Can’t Hens Fly?
Contents

Chickens can technically fly, but they may not meet everyone's definition. With their heavy bodies and relatively small wing span, chickens cannot fly high or far. If you have ever seen a chicken in flight, it is not as graceful as other birds. Its wing flapping can be erratic and they don't seem to have much control over their trajectory. In many ways, this makes the bird look more like it is jumping than actually flying.

For these reasons, chickens will more commonly be seen walking on the ground rather than flying in the air. The domestic chicken's ancestors, the junglefowl, are also commonly found walking the beds of forests rather than living up high. As these wild cousins of the chicken feed off of insects, seeds and fruit, they usually scavenge for their sustenance on the forest floor. They can feed on worms, low lying plants and fallen fruit.

Domestic chickens are given feed by their owners. They don't need to scavenge for food and will usually be very content living in a free range coop which has all of their basic amenities taken care of. They main problem is in creating a pecking order. If you have heard this phrase, but not known it's origin, look no further than the chicken. Like many animals, chickens will develop a hierarchical social structure with the most dominant bird at the top. While this may not be the chicken with the best flying ability, their ability to use their wings may come in handy.

Why do chickens have wings?

Domestic chickens and their wildfowl brethren don't fly high, but they do make use of their wings. These uses include:

The actual reason for chickens having wings is a little less clear than their uses. One theory is that current domestic chickens were raised for fighting. They were not bred for flight and keeping the chickens in fighting mode meant it was not preferable for them to fly away. Also, since domesticated chickens have all of their needs met by their human care takers, the ability to fly was not as necessary.

Can some chicken breeds fly more than others?

As we have said, no chicken will be a good flyer. However, there are some breeds which may be worse at it than others. Mainly, this has to do with body shape and type. Essentially, if the bird is large bodied, heavy and has shorter wings, it will not be able to fly easily, spending most of its time on low ground due to necessity. The same will go for weaker birds as they won't have the strength to levitate their bodies. Here are some birds which are not as good at flying:

Some chickens which may have a higher than average ability to fly include:

Whether your chicken will be a good flyer isn't just based on breed. Many breeders and owners will clip the wings of their chickens. This is done by cutting off the primary feathers of, usually, only one wing of the chicken. This doesn't stop them from flying altogether, but puts them off balance and means they can't fly up or straight very well. This practice is somewhat controversial with some vets thinking it is good practice, others seeing it as cruel.

The feathers should be clipped underneath the major covert feathers. These feathers will protect your chicken and hopefully stop them from trying to pick their own feathers out. The chicken will be able to jump a foot or two, but the reason for clipping is so that they won't be able to jump over fences where they will be in danger from getting lost or eaten by predators.

If you want to raise chickens yourself, here is some information on how to look after a pet chicken.

If you want to read similar articles to Can Chickens Fly?, we recommend you visit our Facts about the animal kingdom category.

Birds That Do Not Fly - Flightless Birds
Flying Mammals - Examples and Types
Differences between Pheasants, Quails and Chickens
Differences Between Rooster and Hen
Related categories
Endangered animals
Most read
1.
What Animal am I According to my Zodiac Sign?
2.
What Does It Mean When a Cat Shows Up at My Door
3.
10 Most Beautiful Animals in the World
4.
Animals With Scales - Full List
5.
Why do Dogs Get Stuck when Mating?
6.
Can Cats Absorb Negative Energy?
7.
The 10 Most Solitary Animals in the World
8.
Differences Between Deer, Elk, Moose and Reindeer
Living and Extinct Prehistoric Birds - Evolution of Birds
Why Do Roosters Crow in the Morning?
People Are Afraid of my Pit Bull: What Can I Do?
How to Tell If a Chick is Male or Female
Are Blue Bottle Flies Dangerous?
New
How Do Eagles Hunt? - Eagle Hunting Habits
The Origin and Evolution of Animals
Can Snakes Hear? 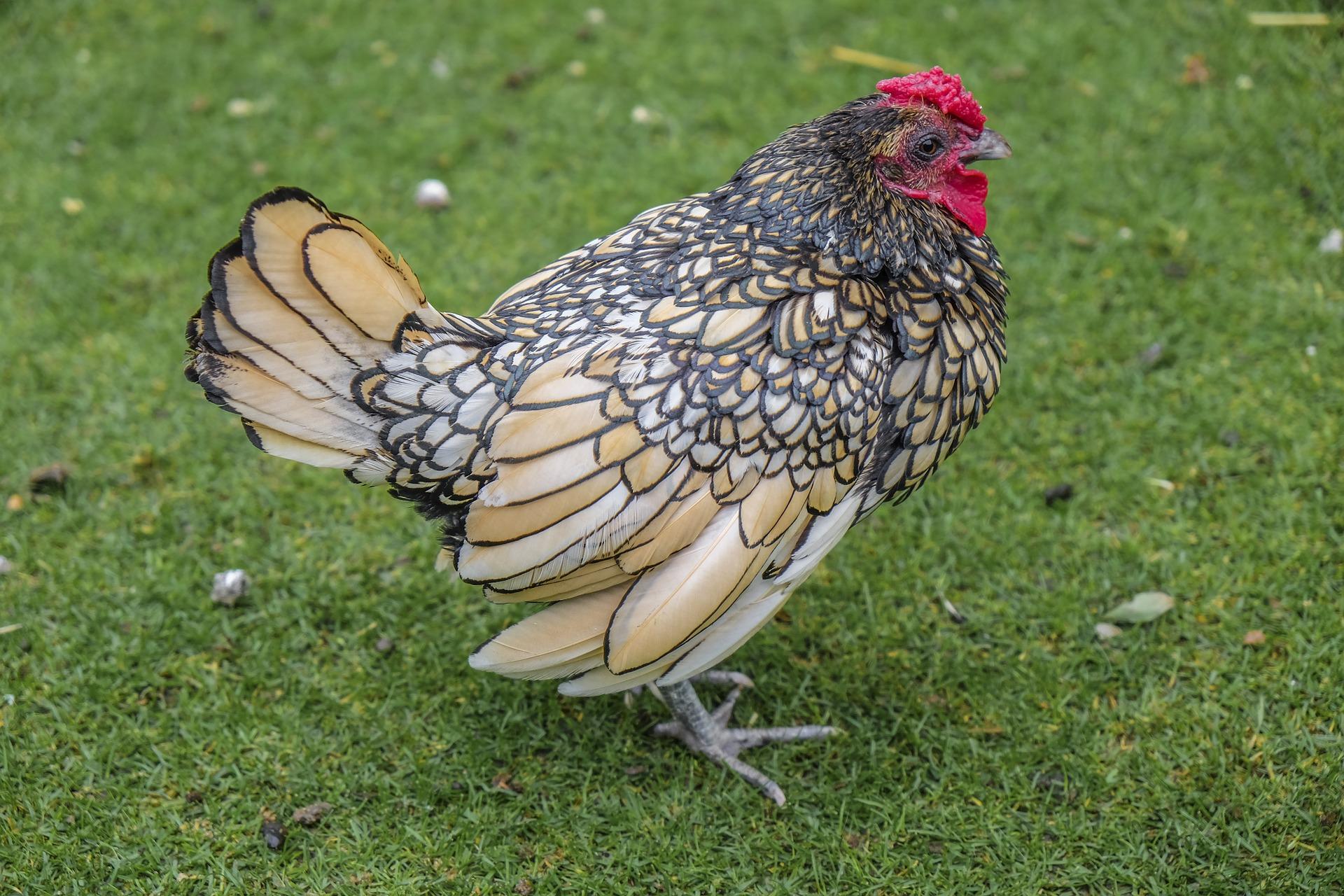 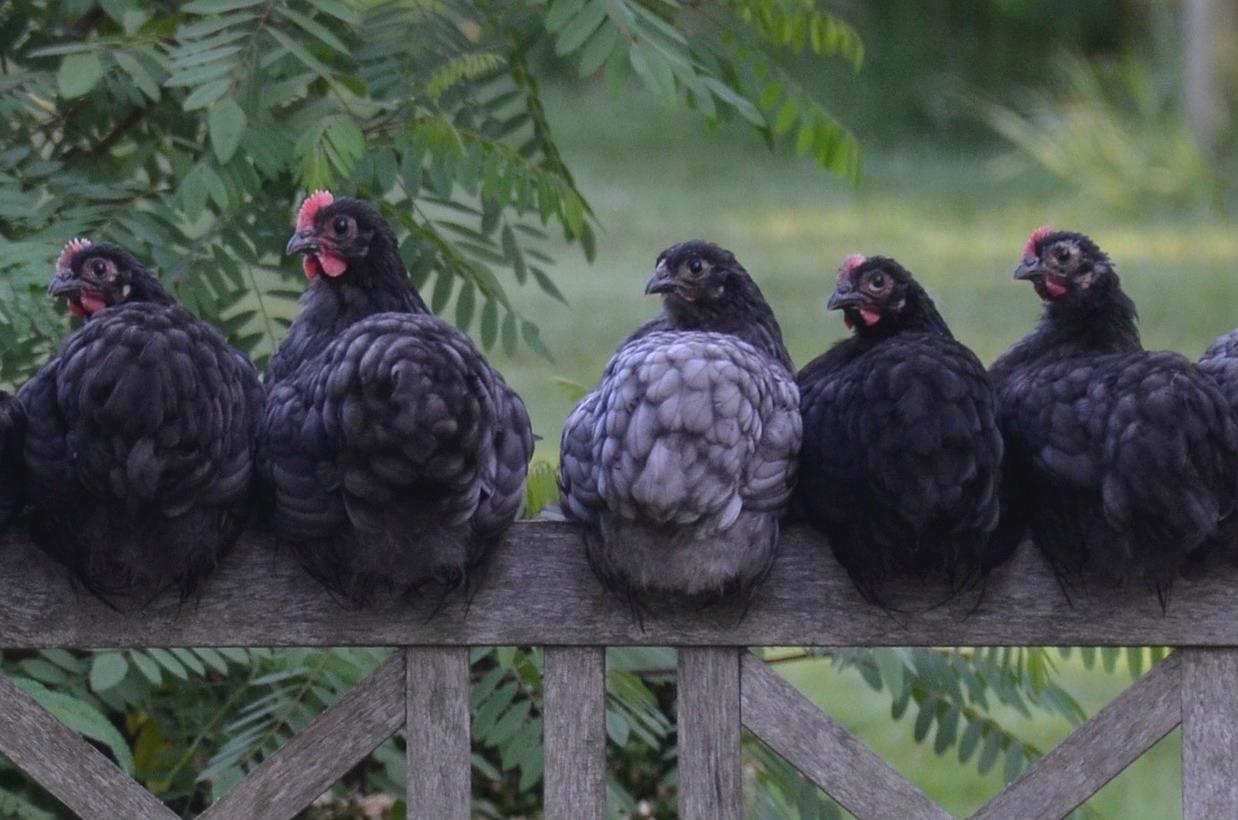