Can I Feed Yogurt to My Dog?

Yogurt is a food created by the fermentation of milk, thanks to the reproduction of the bacteria Lactobacillus delbrueckii subsp. bulgaicus and Streptococcus thermophilus. These bacteria create cultures which have various benefits for the human body. They are developed from a range of different types of animal milk and are available with varying amounts of fat content. However, while we know they can benefit many humans, can the same be said for dogs? There are many human foods which dogs cannot eat, so it is a reasonable question to ask.

The reason why so many people ask can I feed yogurt to my dog? is due to the many articles available which claim yogurt can benefit a dog's digestive process or positively affect other canine health concerns. AnimalWised looks into the veracity of these claims and provides some background on a dog's dietary requirements.

You may also be interested in: Can Dogs Be Lactose Intolerant?
Contents

Is it OK to give yogurt to dogs?

Yogurt originated in central Asia and its use has expanded across the world for a multitude of recipes and purposes. However, as a dairy product, it is a food many people avoid for one of two reasons. Either they choose not to eat yogurt for personal lifestyle reasons (such as vegans who do not eat any animal products) or they have an intolerance which means they cannot digest it without adverse reactions in the body.

Dairy products contain lactose, an enzyme which needs to be broken down in the body. Puppies drink their mother's milk which contains lactose. However, as they grow and are weaned onto solid food, many will stop this ability to break down the enzyme. For this reason, many adult dogs are essentially dairy intolerant, but not all of them. Also, this intolerance is usually not very strong. This means that many dogs will lap up a bowl of discarded cereal or scarf down an opened yogurt without experiencing any noticeable issues.

This is why you can give yogurt to dogs, but it will depend on both the type of yogurt and the individual dog. If you want to give yogurt to your dog, ensure it is lactose free. Also, you need to ensure there are no added sugars or sweeteners. These are unnecessary additives which can damage the dog's health. Eating sugar can lead to diabetes or obesity, while certain sweeteners have potential toxic properties in dogs (see below).

Benefits of yogurt for dogs

Yogurt is a source of nutrients such as calcium, magnesium, phosphorus, sodium and proteins. They also contain different groups of B vitamins. These substances are thought to have the potential to stimulate the growth and development of a dog. Another belief is that probiotic yogurts contain lactic acid bacteria (LAB) which is believed to be beneficial, particularly in improving gut health.

The view is that bacteria present in these yogurts are thought to improve the digestion process, strengthen the immune system and stimulate the production of white blood cells. This is why it has been viewed as being beneficial to fight yeast infections, diarrhea, constipation and for restoring gut flora. As probiotic drinks such as Yakult or Activia are marketed as good for people on a daily basis, many believe that probitoics such as those found in yogurt work as a preventative for disease.

The truth of this claim is not something which can be backed up with much scientific evidence. Part of the problem is the sheer about of bacteria strains which are found in a dog's intestines and how specific probiotics such as LAB affect them. The same goes for human consumption of probiotics. While yogurt's high calcium and protein levels may be beneficial, the current evidence suggests that probiotics may be unhelpful in healthy individuals[1]. This is because probiotics help to fill the gaps caused by gastrointestinal (GI) problems, something unnecessary in healthy humans.

In dogs, a report in 2016 showed there may be some potential benefits of probiotics in helping dogs which have diarrhea, but that the effect of probiotics in yogurt “is mostly unexplored to date”[2]. The potentially helpful probiotics were seen in studies of meat based sources, but these too were seen to be inconclusive. If the probitoics helped certain gut flora during a bout of GI distress, the same report suggested it was possible a healthy intestine could be inflamed by too much of certain probiotic strains.

A 2006 study on the interaction of LAB with certain canine enteric pathogens showed that, while shown to be beneficial in humans, chickens and pigs, lactic acid bacteria could help colonize intestinal Enterococcus faecium[3]. The conclusion of the report was that their results emphasized the “importance of safety guidelines to be established for the probiotics intended for animal use”.

While there are many articles online purporting the benefits of yogurt for dogs, there are few which back it up with scientific evidence. What is clear is that the research on the matter is severely limited and our understanding of beneficial intestinal bacteria is very limited, for humans as well as canines.

What kind of yogurt can I give my dog?

With the benefits of yogurt for dogs still in question and the evidence showing many dogs are intolerant of lactose in dairy products, you probably shouldn't give your dog any yogurt. However, if you do, here are some specifics which you need to avoid:

If you do want to give yogurt to your dog, then natural Greek yogurt is the best. Greek yogurt generally has much less lactose than other brands, but also has higher levels of protein and other potentially beneficial ingredients. However, the ideal would be to purchase lactose free Greek yogurt as this will have less risk of agitating your dog's gastrointestinal tract.

How do I give yogurt to my dog?

If you do decide to give yogurt to your dog, the only healthy way is to do it gradually. You will need to let them try small amounts and then check on the health of your dog, especially their stool. If they seem to tolerate it fine, then you can:

The age, size and health of the dog will have a large bearing on how you feed yogurt to them. You should not offer it more than one or two times a week (one time for smaller dogs, two for larger). Small dogs in particular should only have a small spoonful.

Side effects of giving yogurt to dogs

If you give your dog yogurt to supplement their diet, you will have to introduce it slowly to see the effect it has on the dog. If they are unable to tolerate it well, you may see some of the following symptoms:

Pay close attention to the texture and color of the dog's stools. They will be the best way to see if the dog has a yogurt intolerance or if it simply doesn't sit right with them.

We advise you don't give yogurt to dogs. There simply isn't enough evidence to support its benefits and the potential hazards seem to make it a risk not worth taking. If your dog has GI issues and other treatments haven't worked, then it can be considered. However, it should only be given on the advice of a veterinary health professional who has already examined the dog and knows their medical history.

If you want to read similar articles to Can I Feed Yogurt to My Dog?, we recommend you visit our Homemade diets category.

What Human Foods Can Dogs Eat?
Can Dogs Eat Fish?
Can Dogs Eat Cucumber?
What Not to Feed Ducks - Wild and Domestic Duck Diet
Related categories
Diet problemsDiets to lose weightDiets to gain weightHealthy dietsLactation
Most read
1.
What is the Best Diet for a German Shepherd Puppy?
2.
How Much Food Should I Feed My Cat?
3.
Why Does My Dog Only Eat Once a Day?
4.
How to Cook Chicken for Cats
5.
Tortoise Food List - What They Can and Can't Eat
6.
What to Feed a 1 Month Old Kitten - Bottle Feeding and Amount
7.
A Homemade Diet for Dogs with Kidney Failure
8.
My Dog is Too Skinny But Still Eats a Lot
Can Dogs Eat Kefir?
Can Cats Drink Milk?
Can Raw Meat Hurt a Dog?
Can Dogs Eat Bread?
Can Dogs Eat Papaya?
How To Stuff A Kong Toy
Foods Rich in Calcium for Dogs
Homemade Food for Dogs

Can I Feed Yogurt to My Dog? 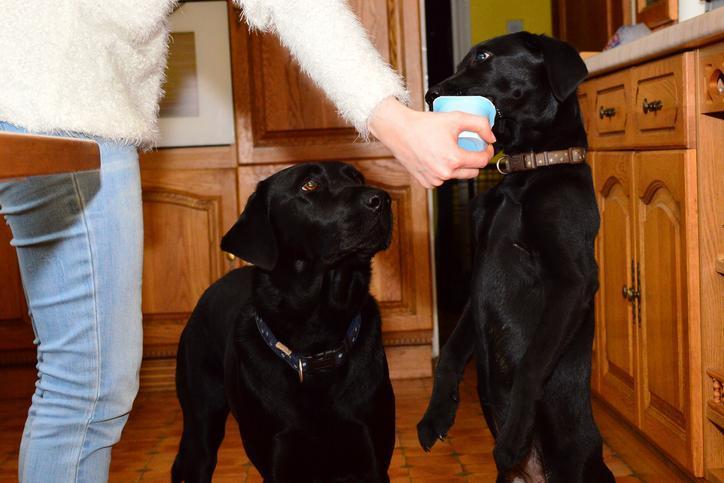 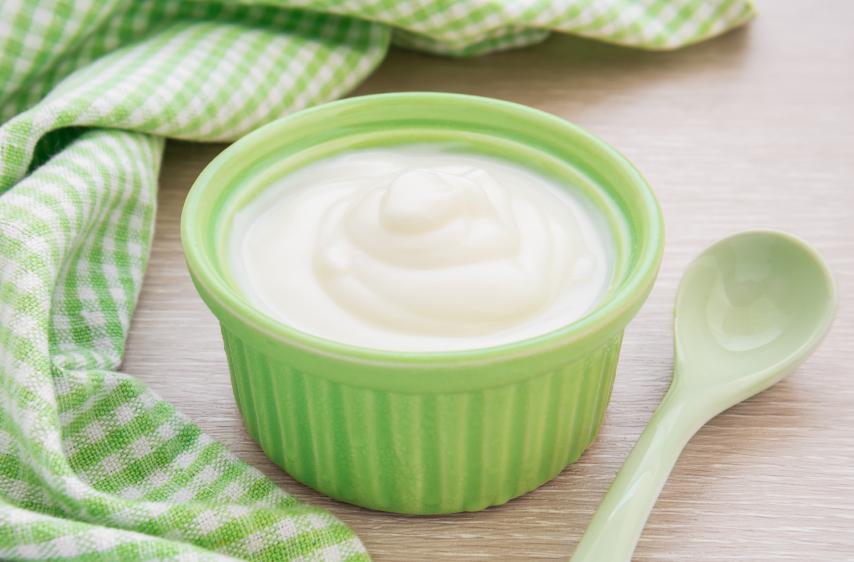 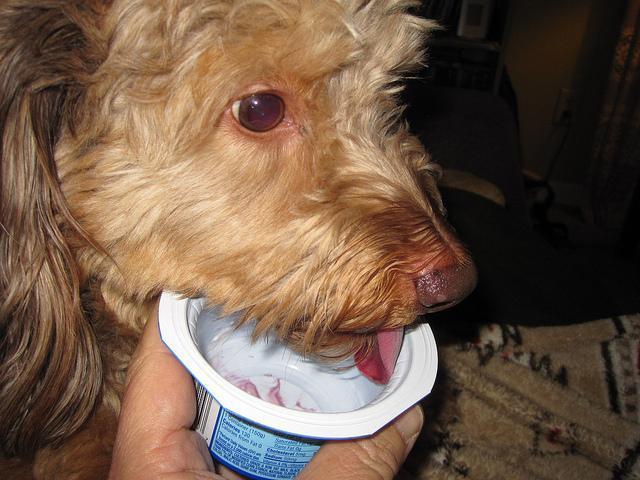 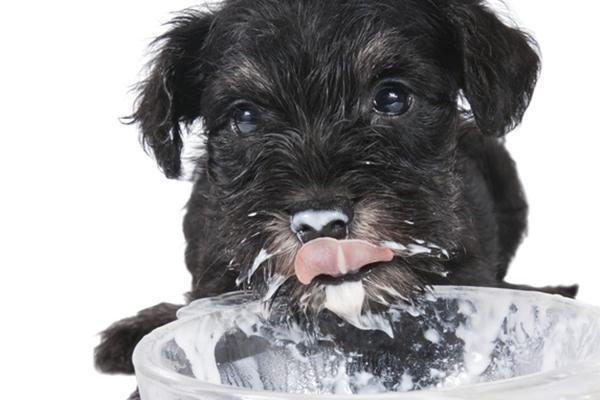