Can You Get Sick From Your Cat? - Cats Spreading Disease

When our cat's fall ill, our hearts go out to them. Emotionally, we want to protect them and do anything we can to make them feel better. Practically, we need to take them to the vet to achieve a diagnosis and begin a treatment plan if necessary. Our love for our feline companions shouldn't get in the way of other practical considerations. One such question we should be asking is can you get sick from your cat?

The answer is yes. You can get sick from your cat. A disease or illness which is passed on from an animal species to a human is known as a zoonotic disease. Fortunately, they are relatively uncommon and many of the afflictions your cat might suffer will not be transferred to you. AnimalWised informs you about which diseases cats can spread to humans, as well any illnesses they can pass on to other animals.

You may also be interested in: Can Cats Get Salmonella? - Food Poisoning in Cats
Contents

Diseases cats can transmit to humans

Felines can transmit certain diseases to humans. There are factors which can make this more likely, specifically if they have not been given an appropriate vaccination and deworming schedule or if they are not given regular veterinary visits. Among the zoonotic diseases carried by cats are:

A toxocariasis infection is one caused by a parasite found in cats (Toxocara cati), although a canine strain (Toxocara canis) can also be found. It is a worm which infests the gastrointestinal tract of the host. Visceral larva migrans can occur. This is when the larvae of the parasite are so small they can migrate through the walls of the intestines and travel in the blood to other organs.

Contagion occurs when the eggs are ingested, sometimes through interaction with the cat's feces. This may be due to inadequate cleaning of the cat's litter box or a lack of hygiene on the part of the human. This is why younger people are particularly susceptible, with children “aged between 2 and 12 years [being] most affected by this parasite”[1]. As the parasite can migrate to different organs, it can cause inflammation and even organ failure. Blindness is possible if the larvae migrate to the eye.

This is an infection caused by the bacteria Campylobacter jejuni. It is transmitted to humans by various animal vectors, including the domestic cat. Felines can become carriers of the bacteria. Their symptoms may go away on their own or they may even be asymptomatic, meaning they won't show any obvious signs[2].

When symptoms do present they include:

Much has been claimed about toxoplasmosis as a disease which gets transmitted to pregnant women. Although the cat can be a source of this infection, it is not the only one. It is also possible to occur due to ingestion of raw meat which appears to be the cause in most cases. Transmission from the cat often comes from interaction with their feces, such as when cleaning out their litter tray.

The disease is caused by the parasite Toxoplasma gondii which is found throughout the globe. The presence of the parasite can be asymptomatic in both cats and humans, although it is possible to observe:

Pregnant women who have been infected are at risk of the pregnancy terminating. If the child is born, deformation or other birth defects such as blindness can occur. If you fear your cat may have been infested, it is imperative you go to a veterinarian to perform the relevant tests.

Bites and scratches from cats can cause infections if the wound is left open and unattended. This makes it vulnerable to bacterial penetration. When this occurs, you may see:

If there is a bite or scratch, wash the area immediately and remain alert to any changes at the wound site. If the wound becomes inflamed and you start to see a lot of pus, you may need it treated by a medical professional. However, most cat bites and scratches will heal themselves without much concern.

When the parasite Giardia intestinalis infests its host, it leads to the infection giardiasis. It is another of the zoonotic diseases from cat's feces and urine. The cat's original infestation is usually caused by the consumption of contaminated food or water.

Although also possibly being asymptomatic, it can present:

Some people think there are diseases caused by cat's hair. However, the cat hair doesn't cause a disease, rather it triggers a pre-existing allergy. This is because felines generate a protein called glycoprotein to which many people are sensitive. When this happens, allergic reactions can cause:

Although an allergy isn't a disease transmitted by cats, it is something which can make humans sick after interaction with them.

Although Lyme disease is caused by a tick bite, it is possible for a cat to become infected and transfer it to humans. The tick that carries Lyme disease is itself a carrier of bacteria from the genus Borrelia which causes the disease.

These are symptoms which can manifest during the first stages of the disease. However, it continues to develop in the body of a human for months or years which can develop into serious ailments. These can include heart problems, meningitis (which needs to be treated by antibiotics[3]), facial paralysis, hallucinations, arthritis and many others. Although much of this disease is not well understood, it is chronic.

Hookworm is an infestation caused by the parasites Ancylostoma duodenale or Necator americanus. It is spread through cats due to human contact with infested feline feces which then penetrates through the skin.

When it comes to these contagious cat diseases, it is necessary to take into account that only a cat which does not receive adequate veterinary attention is likely to make humans sick. In addition, children younger than 5 years of age and people suffering from other diseases are more likely to contract them, especially in those with a compromised immune system.

Diseases cats can transmit to dogs

Internal and external parasites are the vectors for many diseases. It is through these vectors that the majority of illnesses are passed on from cats to dogs. Although there are some species of flea which prefer to parasitize dogs or cats, they can also jump on to other animals.

The parasites passed on through feces are usually internal parasites which may be passed on through eggs or parasites in their larval stages. These parasites and bacteria can be spread by nematodes, hookworms or whipworms. In the same way, it is possible for dogs to get toxoplasmosis, rabies (through scratches or bites) and some types of scabies.

Stray or feral cats which live on the street are exposed to multiple diseases. Without human veterinary interaction, feral cats will not have the immunization history of domestic cats. This makes them much more vulnerable to all kinds of bacteria, viruses and parasites. Living on the street can also affect their hygiene and a lack of access to food can compromise their immune system. The following are some of the diseases with which feral cats may infect humans:

Rabies is a viral infection caused by a range of viruses in the family Rhabdoviridae. The virus travels through the bloodstream on its way to the brain and will eventually be fatal. It is passed on through the saliva of the animal which is usually done so via a bite. There is a vaccine against rabies which is why it is more common in feral cats.

If a person becomes infected by the rabies virus, it is imperative they be taken for treatment immediately. Once the virus spreads far enough, the effects are irreversible and death is imminent.

Despite the name, ringworm isn't actually caused by a worm. Instead, it is caused by a fungal infection from over 40 different types of fungi. It is transmitted through contact with infected animals or objects and places the animal frequents. This is because the fungi are able to survive when not on the host, unlike most parasites.

Apart from general bacterial infections, there are some particular diseases cats can transfer through scratches. The most common is known as cat scratch fever. This occurs when the cat is infected with Bartonella henselae bacteria. This is more common with stray and feral cats as they are more likely to pick it up.

Scabies is a skin disease caused by ectoparasites in the form of mites. There are different sub-species of mites which can lead to scabies, many of which affect one species in particular. As scabies is caused by different kinds of mites, some are transferable from one species to another, while some are not. The types of scabies which can be transmitted are:

In addition to these diseases, feral cats can also transmit parasites and toxoplasmosis. However, although the aforementioned diseases are common in feral and stray cats, house cats which do not receive the correct preventive medicine and general care can also contract them.

While zoonotic diseases can occur in any cat, there are things we can do to help prevent our pets from being carriers of disease. These include:

With these simple tips, you will best be able to stop your cat from passing on any diseases or making you sick.

If you want to read similar articles to Can You Get Sick From Your Cat? - Cats Spreading Disease, we recommend you visit our Bacterial diseases category.

Cat scratch Disease or Bartonella in Cats
Periodontal Disease in Cats
Leptospirosis in Cats - Symptoms, Diagnosis and Treatment
Can I Give Antibiotics to my Dog?
Related categories
VaccinationPregnancy problemsReproductive system diseases Infectious diseasesDegenerative diseasesParasitic diseases
Most read
1.
What to Do if My Dog has Something Stuck in his Throat?
2.
My Dog Keeps Licking Her Private Area - All Possible Reasons
3.
My Dog Is Bleeding from His Penis
4.
My Dog Has Pus Coming From His Penis
5.
Why Does My Cat Push Out His Penis and Lick It?
6.
My Dog's Poop Starts Solid Then Goes Soft
7.
My Cat Has Liquid Coming From Their Anus
8.
My Dog Keeps Making a Gulping Sound
Lyme Disease in Dogs
Tularemia in Rabbits
Canine Pyometra
My Cat Has Yellow Teeth
Bordetella in Dogs - Symptoms and Treatment
Most Common Dental Problems in Cats
Psittacosis or Avian Chlamydiosis - Symptoms and Treatment
Psittacosis in Parrots

Can You Get Sick From Your Cat? - Cats Spreading Disease 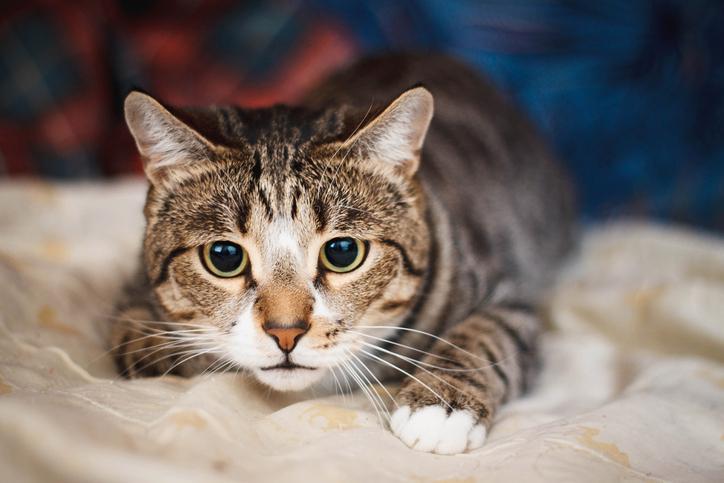 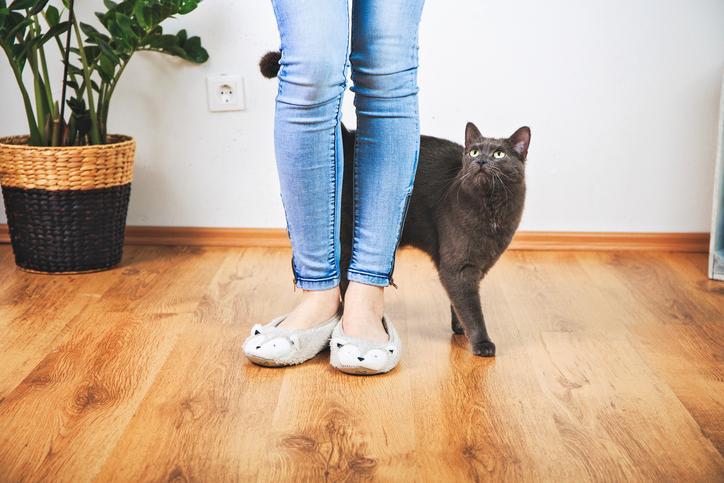 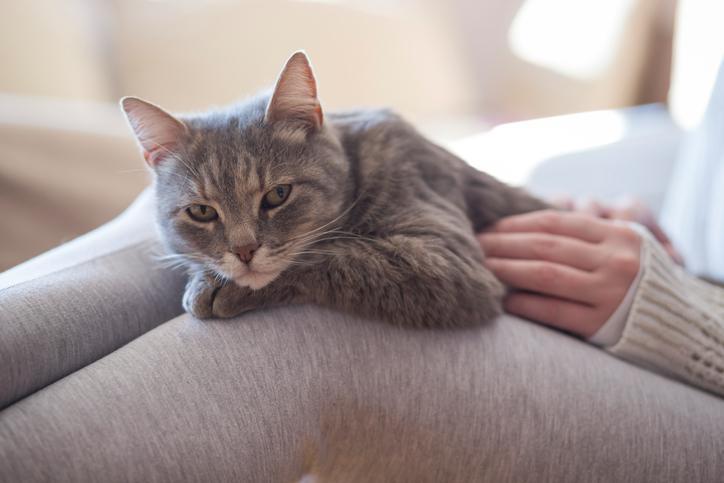 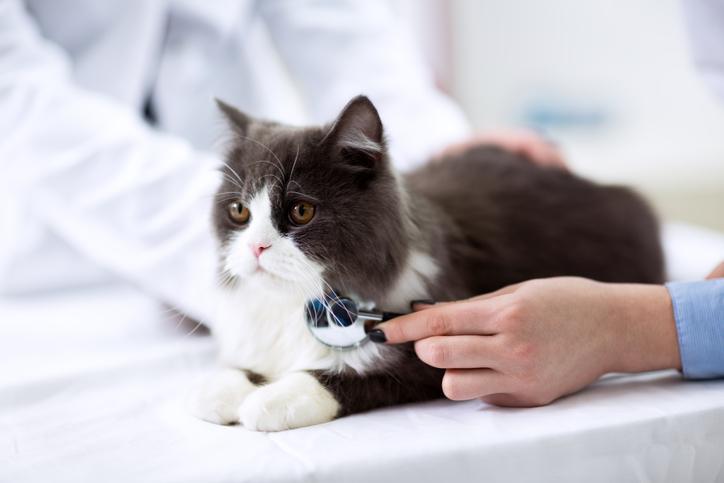 1 of 4
Can You Get Sick From Your Cat? - Cats Spreading Disease
Back to top