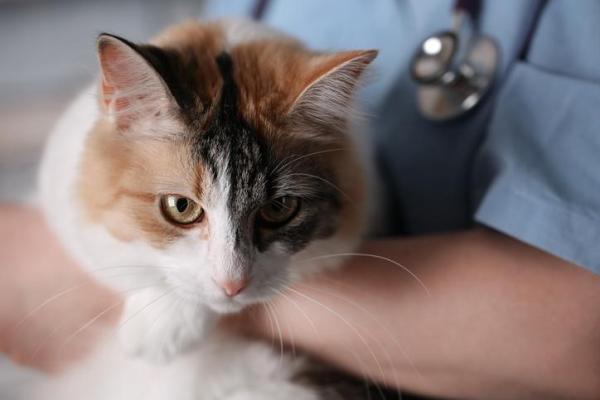 Feline bartonellosis is a bacterial disease caused in cats by bacteria from the Bartonella genus. These potentially dangerous bacteria can cause infections and alterations in the organism of the affected animal or person. Bartonella is a zoonotic disease, which means it is contagious and can be transmitted from animals - in this case cats - to humans. When it affects humans, bartonella is usually called “cat scratch fever”.

Bartonellosis is spread to cats via fleas and ticks and to humans and other animals through wounds caused by cat scratches or bites. This is why it more commonly known as cat scratch disease. Although bartonella is usually mild or has little effect in cats, it is best treated to avoid possible complications and transmission to others. Therefore, in this AnimalWised article, we explain all you need to know about cat scratch disease or bartonella in cats,including how it it transmitted, symptoms, treatment and prevention.

You may also be interested in: Periodontal Disease in Cats
Contents

What is feline bartonella?

As we have explained, feline bartonellosis is a bacterial disease that affects cats. It is caused by the presence of bacteria belonging to the genus Bartonella. There are 22 different species of Bartonella, all of them gram-negative bacteria that pass from one organism to another via ‘carriers’ or transmission vectors[1]. These vectors include fleas, ticks and lice, among others. In the following section we explain how cats are infected with bartonellosis through such carries. Of these species, there are three bacteria that most often found in cats with bartonella:

The most common among these is Bartonella helensae, which is the most likely to affect cats worldwide[1]. It is also most often the strain of bacteria found in cat scratch fever among humans.

Causes of bartonella in cats

Bartonellosis in cats is caused by the bartonella bacteria present in the feces of fleas, though the disease can also be transmitted to cats by ticks, sand flies and lice. These parasites act as vectors for the bacteria, infecting the cats that they bite. Cats also pick up the bacteria when grooming, when they inadvertently lick the infected fleas or their feces which carry the bartonella strain.

Cats are the animals with the with the highest rate of bartonellosis infection, and it is most often brought on by flea infestations. Cat scratch disease can also be caused in cats due to open wounds from scratching or biting. This most often happens during a fight between two cats. Bartonella can also enter a cat's bloodstream via feline blood transfusions from an infected individual.

How common is bartonellosis in cats?

Bartonella is more likely to affect cats living in warmer, humid climates, where fleas tend to be found in greater numbers[2]. Feline bartonellonosis are also more common among cats that live in animal shelters or in colonies, as well as cats with regular access outdoors, strays and feral cats. This is because in these circumstances, the cat is more exposed to fleas and ticks as well as having more contact with other animals that may be infected with cat scratch disease. Kittens under two months old are also especially vulnerable, as are adult cats with weakened immune systems.

Symptoms of bartonella in cats

When a cat is infected with bartonella, the disease is quite often asymptomatic, which means the cat does not show any signs of illness. This is normally the case in cats infected by Bartonella helensae, who, with a few exceptions, develop no symptoms at all. However, the bacteria remain inside the cat, and the disease can still be spread to other animals as described earlier.

Some cats may display mild symptoms that usually clear up on their own within two to three days. These can include loss of appetite, lethargy, mild fever or swollen glands. However, in cats with weak immune systems, as well as in dogs or humans, these can include other or more severe symptoms. Some of these symptoms of bartonella in cats are:

Among cats, these symptoms are more likely to appear in infections brought on by the bacteria Bartonella vinsonii subsp. berkhoffii, as well as other subspecies of Bartonella apart from Bartonella helensae.

Is bartonella fatal in cats?

As we have explained, bartonellosis in cats usually has no negative impact on the cat's overall health. It can only prove dangerous in the case of cats with compromised immune systems, such very young kittens or adult cats suffering from diseases such as feline parvovrius, leukemia or feline AIDS.

Healthy cats are not usually affected by feline bartonellosis, or show only mild, self-resolving symptoms. However, a cat infected with bartonella continues to act as a carrier for the disease, and can infect other animals or people in your house who may develop more severe symptoms. As a general rule, if you suspect your cat is infected with feline bartonellosis, it is always best to take the cat to the vet to get them treated.

The first thing to do if you suspect your cat has bartonella, is to go to the veterinarian. The vet will take a blood sample from which to grow a blood culture. This is called a gold standard test, and allows them to detect the presence of strains of bartonella bacteria in the cat's bloodstream. The gold standard is usually combined with PCR (Polymerase Chain Reaction) tests, as the two together are shown to produce a more reliable diagnosis[3]. These clinical tests are decisive only 14-15 days after the cat is first infected. Prior to that period the bacteria cannot be detected in the bloodstream.

If the tests are positive, and your cat does have a bartonellosis infection, treatment may be necessary. Antibiotics are currently the preferred method of treatment for feline bartonellosis. Antibiotic treatment is of long duration, requiring around 28 days to take effect. It can even be extended if there is the need to switch the antibiotic drug being used. In addition, the currently available treatments do not completely eradicate the Bartonella bacteria in the cat's bloodstream, only reduce them. For all these reasons, many veterinarians only recommend clinical treatment of bartonella in cats in specific cases, such as:

Despite their limitations, antibiotics will reduce the amount of bacteria and keep them under control, as well as end any clinical symptoms your cat is suffering from.

As we explained, bartonella is a zoonotic disease, which means it can be transmitted from cats to humans. Here we look at how humans can be infected with cat scratch fever, and the symptoms of bartonella in humans.

How is bartonella transmitted to humans?

When a cat has been infected with bartonella, it can be transmitted to other cats, as well as other animals like dogs or humans. In this case, the infected cat acts as a carrier. The bartonella bacteria enter directly through skin wounds. These are most commonly caused when a cat with feline bartonella scratches other cats, animals or humans. This is why the infection is calledcat scratch fever.

The disease can also be transmitted through biting, as well as fluid contact, such as via the cat's saliva entering an open wound. Humans and other animals can also be infected by bartonellosis from the bites of other carriers like ticks or lice. However, unlike cats, humans cannot get bartonellosis form fleas.

In humans, the first and most noticeable symptom of bartonellosis is the development of an encrusted bump or erythematous papule. In certain cases this becomes a pustule at the site of the scratch. If the disease continues untreated, regional lymphadenopathy usually occurs. This means the lymph nodes become swollen and painful to touch,and may have to be drained through a fistula.

This lymphadenopathy can be accompanied by malaise, fever, headache and anorexia. In more serious cases, cat scratch disease in humans can lead to endocarditis. This is an inflammation of the endocardium that can cause cardiac problems such as as a heart murmur. So, if you suspect that your cat may have infected you with bartonella, you must see your doctor immediately.

How to prevent cat scratch disease

The best treatment for bartonella infection in cats, humans or other animals in undoubtedly prevention. With feline bartonellosis, we know that cats are most often infected by fleas, ticks and other such parasites. Therefore, avoid your cat being infected with bartonellosis, it is crucial to regularly carry out anti-parasitic treatment and external deworming. Regular use anti-fleaproducts on your catto prevent infestation by fleas and ticks. If you have adopted a stray cat, make sure you take it to the vet as soon as possible to get it vaccinated and dewormed, as stray cats are more likely to carry bartonella.

It is also a good idea to control your cat's contact with the outdoors to prevent it getting cat scratch disease through contact with infected stray or neighbor cats. If your cat is already an outdoor cat or often has ticks or fleas, it may be useful to know how to remove ticks from cats and how to bathe a cat to remove fleas. Also consider taking them to the vet to get medical anti-parasitic and preventive treatment.

To prevent cat scratch disease in humans, first try to ensure that your cat is not infected with bartonella. However, since many cats may be carriers of the bacteria, if you are ever scratched by a cat the first thing you must do is immediately wash the scratch with disinfectant soap and water. In most cases, this should prevent the bacteria from entering your bloodstream. If your cat scratches you often, consult this article on how to stop your cat from clawing you. If you are considering declawing your cat, please consider the pros and cons of declawing before you take such a drastic step.

The possibility of contracting other zoonotic diseases is also why we, at AnimalWised, always recommend keeping all your cat's vaccines up to date. Finally, if you are concerned about your cat's health, check out this video on the 10 most common diseases in cats.

If you want to read similar articles to Cat scratch Disease or Bartonella in Cats, we recommend you visit our Bacterial diseases category.

References
Bibliography
Can You Get Sick From Your Cat? - Cats Spreading Disease
Lyme Disease in Dogs
Tularemia in Rabbits
Most Common Dental Problems in Cats
Related categories
First aidParasitic diseasesEye problemsNeurological diseasesHome RemediesIntestinal problems
Most read
1.
My Dog's Poop Starts Solid Then Goes Soft
2.
My Dog Is Bleeding from His Penis
3.
My Dog Keeps Licking Her Private Area - All Possible Reasons
4.
My Cat Has Liquid Coming From Their Anus
5.
My Dog Has Pus Coming From His Penis
6.
What to Do if My Dog has Something Stuck in his Throat?
7.
Can I Bathe My Dog After Vaccination?
8.
Why Is My Cat Vomiting White Foam?
Leptospirosis in Cats - Symptoms, Diagnosis and Treatment
Psittacosis or Avian Chlamydiosis - Symptoms and Treatment
Can Cats Get Salmonella? - Food Poisoning in Cats
Pyoderma in Cats - Causes, Symptoms And Treatment
Salmonellosis in Dogs - Symptoms & Treatment
My Cat Has Yellow Teeth
Feline Infectious Anemia – Symptoms and Treatment
Fungal Infection in Dogs 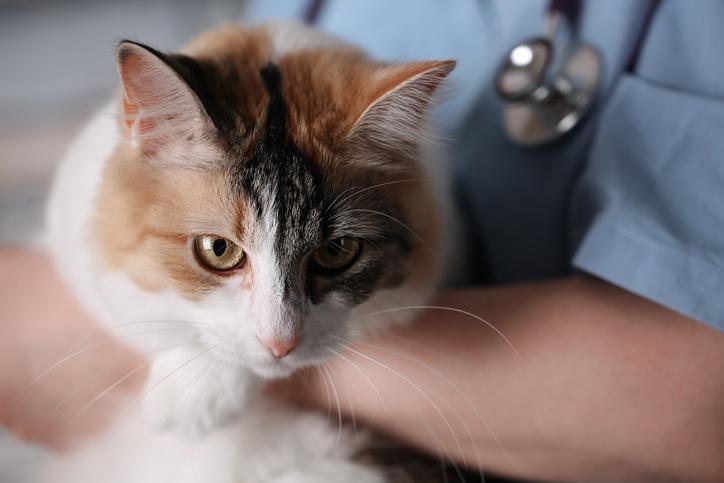 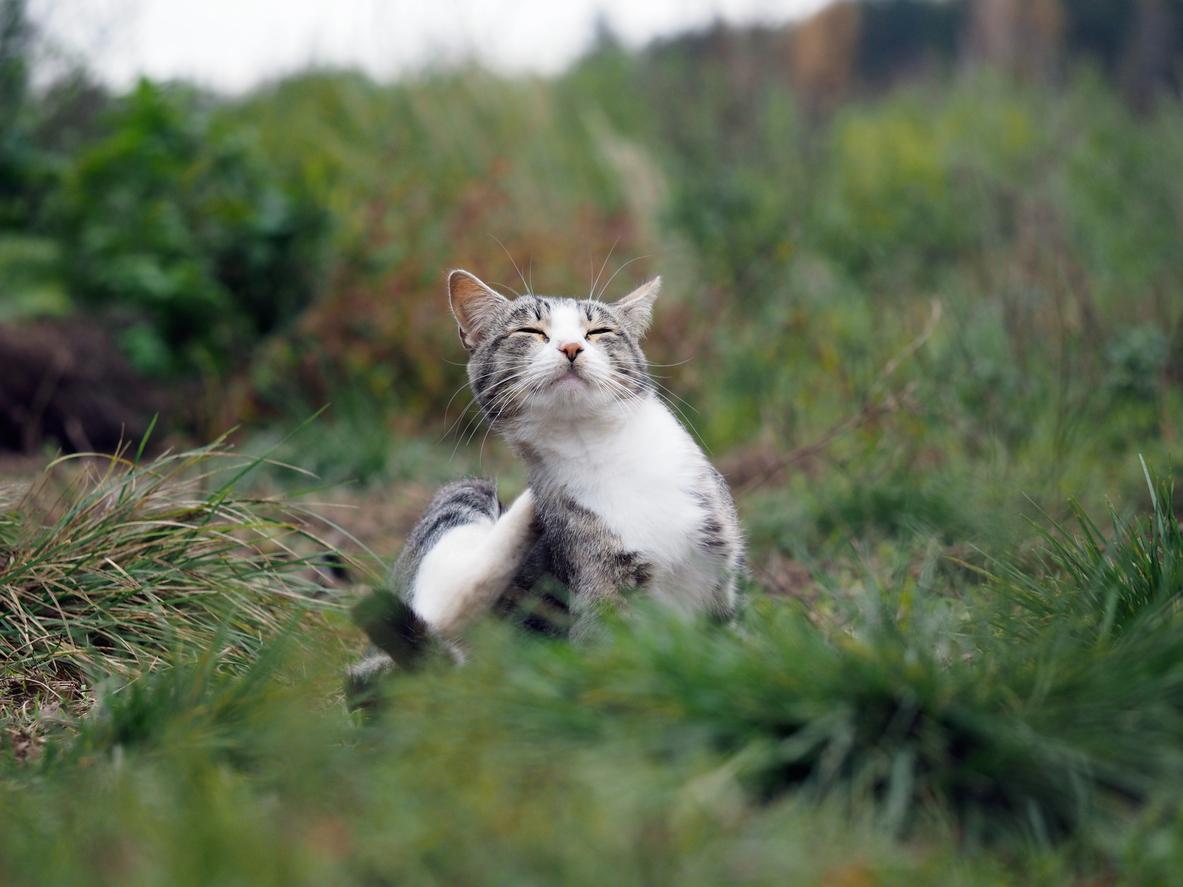 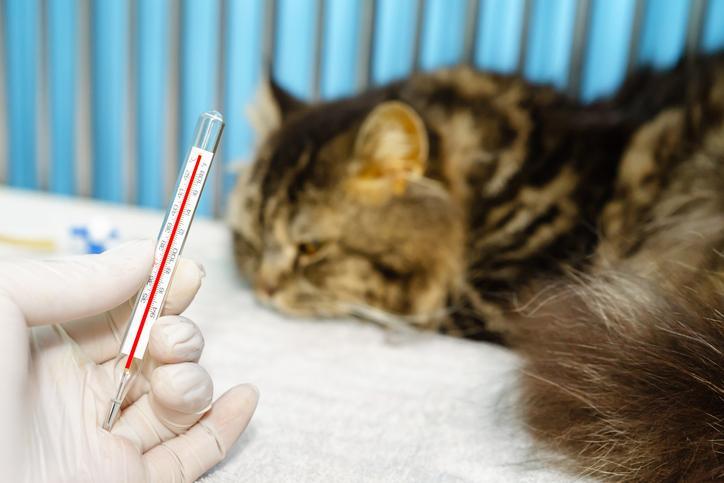 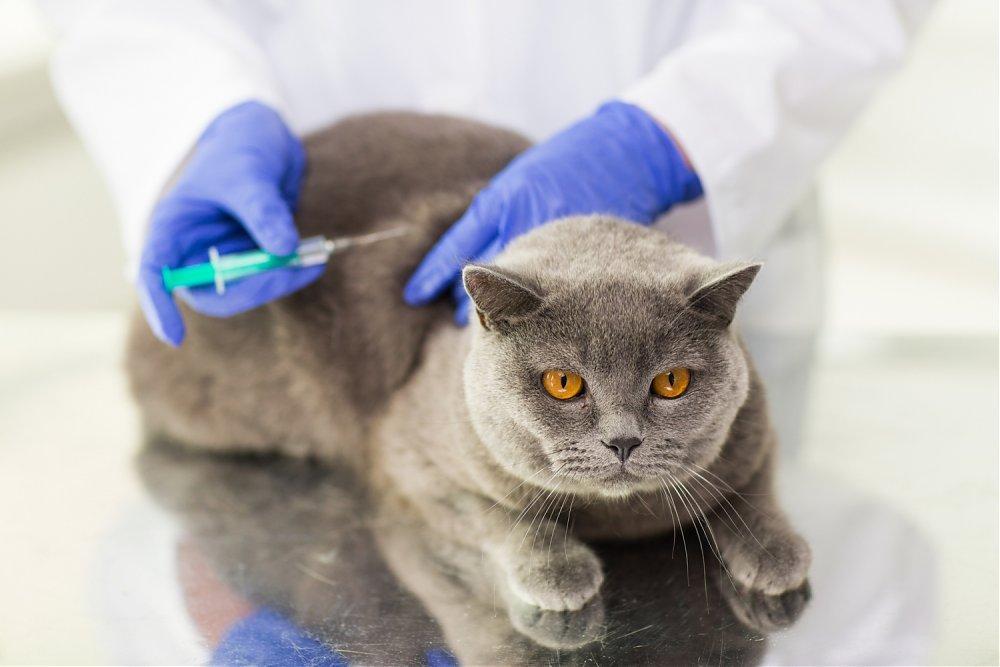 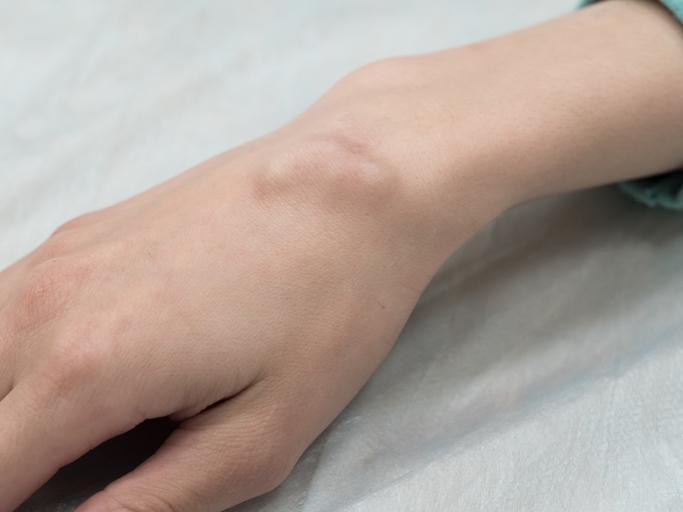