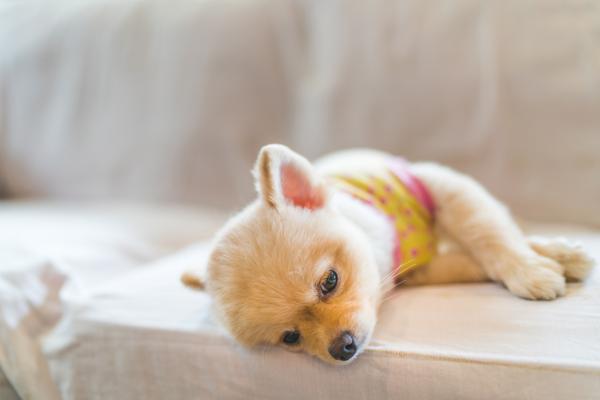 There are many different words used to describe health issues in dogs, but few are as terror inducing as the word ‘collapse’. Since the trachea is another word for the windpipe, when this collapses, we fear our dog will be unable to breed. A tracheal collapse is a serious condition in dogs and a threat to their well-being, but we should know that it isn't necessarily fatal. We need to be attentive to any signs of tracheal collapse to ensure we can best help them to recover from this problem.

At AnimalWised, we look at a collapsed trachea in dogs - causes, symptoms and treatment. We explain what factors might mean your dog is in particular risk and what you can do to prevent a tracheal collapse in dogs.

What is a collapsed trachea?

A collapsed trachea in dogs is when their windpipe is not sturdy enough to function properly. This is because the cartilaginous rings of the trachea are too weak to hold the shape of the trachea and squashes it flatter than it should be. It does not mean the trachea is completely flat, otherwise the dog would be able to get oxygen to the lungs and they would die.

The reason the trachea is formed in this way is usually due to genetic inheritance. A congenital issues has meant the dog's windpipe has not been developed properly when they are puppies, leading to problems later on in life. Since the trachea is affected, it will cause the dog various respiratory problems. These will depend on whether the problem is extrathoracic or intrathoracic, i.e. whether the problem occurs in the neck or chest, respectively.

In most cases, tracheal collapse is progressive and degenerative. With congenital-caused collapsed trachea in dogs, the problem may not present until they are older. It is usually diagnosed in dogs between 6 and 7 years of age. If it does manifest before the age of 12 months, it indicates a more serious condition.

According to the phase or level of severity in which the collapse occurs, a collapsed trachea can be divided into four different degrees. 1 is a minor deformation and 4 is when only a minimum amount of air enters the respiratory tract. More than this means the dog will not be able to breathe at all.

Causes of a collapsed trachea in dogs

As we have stated above, the majority of causes of tracheal collapse in dogs is congenital. However, it is also possible for a dog to have an acquired tracheal collapse. This occurs due to the following causes:

Since genetics plays a factor, it is understandable that some breeds will be more likely to develop a collapsed trachea than others. The breeds most prone to this problem are:

Symptoms of a collapsed trachea in dogs

The most common symptoms of a tracheal collapse in dogs are:

Our dog can develop a cough for various reasons, many of which will pass with treatment. Some of these can be seen when our dog has a dry cough and gags. However, when this problem persists, we need to see a doctor. Since the problem is progressive, it is possible the coughing will be minimal at the beginning. However, the problem will start to become worse.

There are risk factors for a collapsed trachea, more than their breed. If they start to develop the problem, it can be expedited or worsened due to stress or heavy exercise. We might see the dog show more symptoms during these periods.

As tracheal collapse worsens over time. it prevents the animal from receiving the amount of oxygen it needs. For this reason, it is common for the dog to develop other diseases such as bronchitis, tracheitis or even pulmonary hypertension. In the long run, this can lead to heart failure in dogs.

Diagnosis of a collapsed trachea in dogs

Only the vet is able to determine if your dog suffers tracheal collapse or if it is another more common respiratory disease in dogs. The most common initial diagnostic tool is to perform an X-ray. In this way, the veterinarian can observe the condition of the trachea and the rest of the respiratory system can also be examined.

In addition, this can be complemented with a fluoroscope analysis. This allows studying the behavior of the pathways during the breathing process. The specialist may also recommend a tracheobronchoscopy in order to better observe the state of the cartilage. This involves inserting a camera into the trachea, but the dog will need to be sedated.

Treatment of a collapsed trachea in dogs

When it comes to the first three grades of tracheal collapse, drug treatment is chosen. However, if the condition has progressed to grade 4, surgical intervention will be required for effective treatment:

In addition to following the treatment indicated by the specialist, there are some things you can do to prevent the condition worsening and to help ensure the well-being of a dog with a collapsed trachea:

If you want to read similar articles to Collapsed Trachea in Dogs, we recommend you visit our Breathing diseases category. 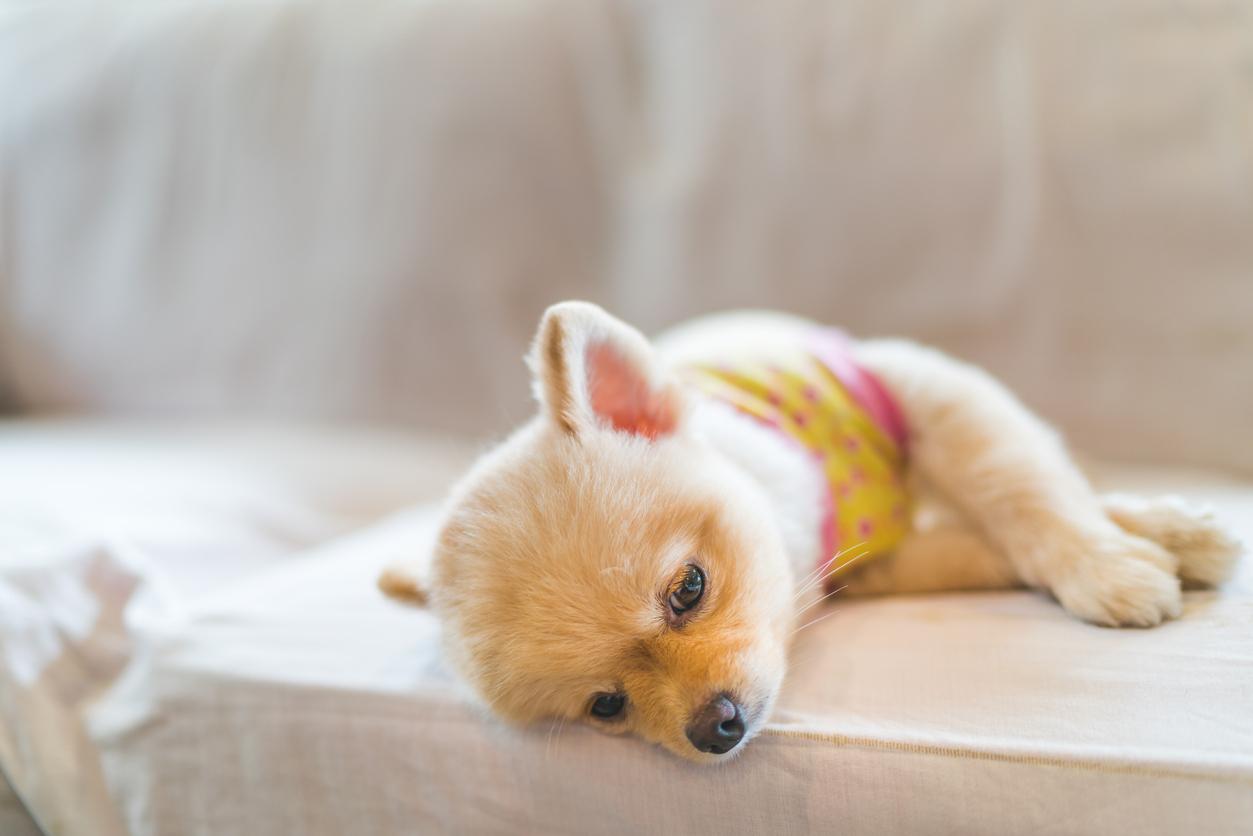 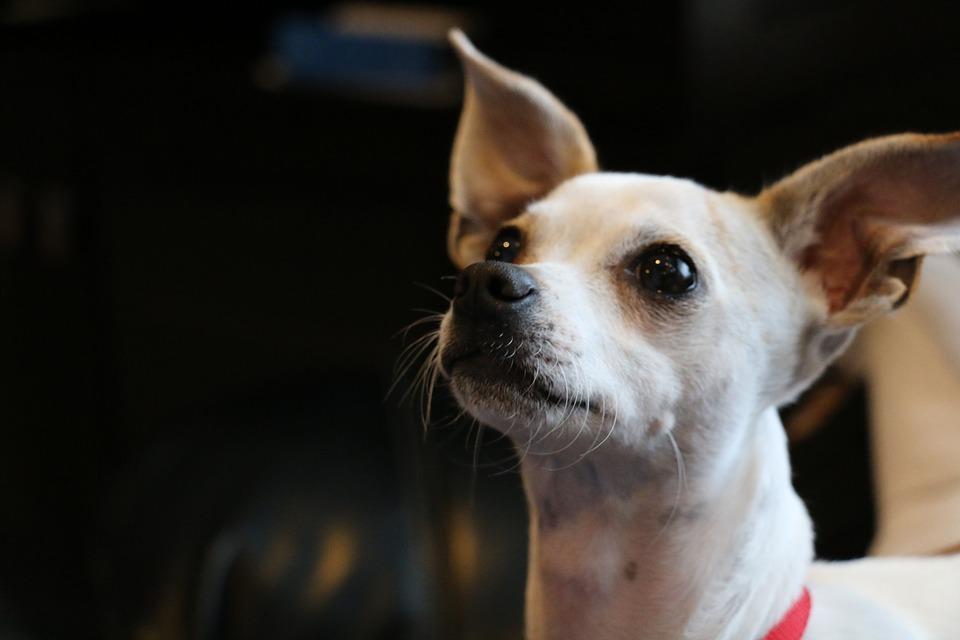 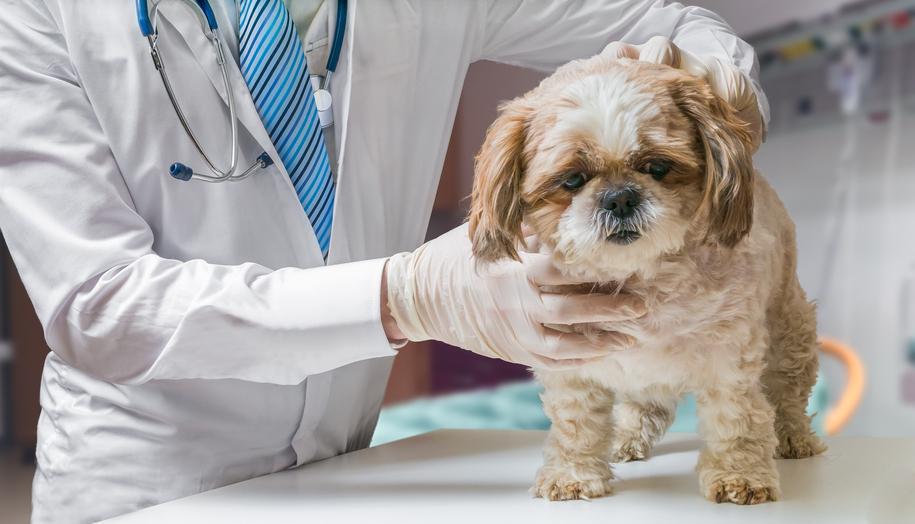 1 of 3
Collapsed Trachea in Dogs
Back to top