Did you know that there are over 3,400 serpents species in the world? Snakes are commonly feared by many, but equally loved. Many people are incredibly passionate about these reptiles, mostly due to their imposing presence and peculiar beauty. People have even claimed that reptiles such as snakes are more popular as pets than dogs. But like with any other animal, owning a pet requires pre-existing knowledge about character and specific care.

If you are thinking of adopting a snake, or already have one and would like to know more about your reptile, you have come to the right place. Common snake diseases include; Disecdisis, respiratory and eye problems, blisters and burns. To find out more, here at AnimalWised, we will be discussing some common health problems in snakes.

Shedding problems in snakes is not actually a disease. It can however appear as a symptom of some organism disorders. Incomplete snake shedding, also known as "disecdisis" should be treated quickly, in order to avoid any infections and secondary health problems.

Although there are several possible causes for shedding problems in snakes, they are usually associated with nutritional deficit. This can happen when a snake is receiving and unbalanced or inappropriate diet. Therefore, before adopting a snake as a pet, it is essential to understand their nutritional needs and consult a veterinarian specializing in exotic animals.

Incomplete shedding in snakes can also appear when there is a lot of humidity in the snake’s environment. Due to the humidity, this skin becomes dry, and therefore cannot molt correctly. In order to help your snake, you can soak it in water for at least half an hour, allowing for the extra dead skin layer to moisten.

More seriously, incomplete molting can also appear as a symptom of an underlying infectious disease. And can be related to the presence of ectoparasites in the snake’s body. Therefore, if you notice that your snake is experiencing shedding problems and soaking doesn’t help, we suggest consulting your vet as soon as possible.

An infestation of mites on a snake's body can cause respiratory diseases in snakes. However, there are other possible causes as well, such as: humidity problems in the environment, stress and improper handling by the caregiver. In some cases, respiratory tract infections in snakes may appear as a symptom of septicemia.

In general, symptoms are derive from difficulty of breathing, which is caused by the pathology or derived from it. For example, a snake suffering from respiratory disease may begin to breathe with its mouth open or emit a kind of whistle during inhalation and expiration.

Respiratory pathologies in snakes are usually quite aggressive and can cause the rapid decline of a snake’s health. Therefore, in the case of respiratory problems, veterinary attention is necessary. A vet can quickly establish an effective and adequate treatment for the specific symptoms which the animal is experiencing.

A snake’s eyes can get infected after an accident or by improper handling of the breeder. However, snake eye infections can also derive from poor drainage, which in turn causes an accumulation of lubricating fluid and a consequent increase in intraocular pressure (similar to what happens in glaucoma).

In addition, poor hygiene of a snake’s habitat promotes the accumulation of dirt, which can easily enter a snake’s eye. This dirt can then cause injuries and irritation that can lead to an eye infection. Therefore, maintaining optimal grooming and conditioning of your snake’s environment is essential in preventing numerous diseases.

The treatment for eye problems in a snake will depend on a diagnosis made by a veterinarian. Depending on the state of the animal’s health and their symptoms: topical antibiotics (eye drops) or injections may be administered to eliminate bacteria from the snake’s body.

Although less common than other diseases, blister disease in snakes is regularly diagnosed in reptiles raised in captivity. Snake blister disease an infectious pathology. The main initial symptom of this disease appears as a reddening of the lower part of the animal’s body .

Snake blister disease can be caused by many things, but it is usually related to humidity problems or an unhygienic environment: poor toilet hygiene. That is to say: most reptiles diagnosed with Blister disease have been reared in excessively humid and / or dirty environments.

When not treated quickly, the reddened scales can become inflamed and swollen. At this stage, the animal is at a higher risk of developing secondary infections caused by fungi or bacteria. Therefore, if you have a snake as a pet and you notice that its skin is irritated or altered, we recommend consulting a veterinarian as soon as possible.

The treatment for snake blister disease will depend on the snake’s state of health and symptoms. However, this treatment usually involves the use of topical antibiotics to fight the scale infection. In more advanced cases, it may be necessary to administer antibiotics through injections.

Both prevention and treatment for this pathology includes strengthening hygiene habits and taking better care of the snake’s habitat.

Mouth rot in snakes, also known as stomatitis is an infectious disease. This infectious disease is caused by bacteria. When the inner lining of the snake's mouth becomes inflamed, it can lead to the accumulation of pus in the gums and between the teeth. If not treated quickly, the infection can progress and the bacteria can reach the bone. Once in the bone, this disease can result in tooth loss.

In general, the first symptom of infectious stomatitis in snakes is the production and excessive segregation of saliva. With the progression of this disease, new symptoms may appear, such as:

As the infectious process can worsen rapidly, early diagnosis is key for a better prognosis of mouth rot. Therefore, do not hesitate to consult a specialized veterinarian if you observe any change in the behavior or appearance of your snake.

While snakes love heat, their skin is very sensitive to solar radiation. Therefore, excessive exposure to artificial or natural light can cause burns and skin inflammations, which can also lead to the development of secondary infections. Snake burns is in fact one of the most common illnesses found with snakes.

Because of the needs of a thermostatically controlled environment for snakes, many snake keepers provide their snakes with ‘‘hot rocks’’. Many people actually recommend not using this focal source of heat, but instead, they suggest the use of an above heat source which is separated with a screen or spacer.

Snakes can be affected by external parasites, mainly ticks and mites. Habitually, snakes that come in contact with these ectoparasites share their environment with other animals, such as dogs, cats, cows, sheep, etc. Snakes can also encounter these external parasites when their habitat is not properly sanitized or conditioned for optical surroundings.

Generally, ticks are easier to recognize and fight, than mites. Therefore, it is easier to eliminate them quickly so as not to allow for generated side effects. However, mites can be difficult to identify, they reproduce very quickly and often cause complications to a snake’s health.

When the mites lodge in the skin of the snake and begin to suck their blood to feed, they "divert" the essential nutrients that the animal needs to remain healthy and strong. This can result in: nutritional deficits, anemia and a weakening of the immune system.

An snake with low immunological defenses becomes vulnerable to numerous diseases. These complications include: compromised vision and respiration and the presence of dermal allergies.

Internal parasites and diseases in snakes

A snake’s organism can also be internally infected various endoparasites, such as worms and protozoa. Tapeworms and nematodes (worms) are endoparasites which are frequently found in snakes that are raised in captivity. Both attach the digestive system and can generate complications when not treated properly. If they manage to reach the bloodstream, they can expand through the snake’s body tissue and affect other organs (commonly, the lungs).

Among the pathologies caused by protozoa are, trichomoniasis and amebiasis:

It is crucial to emphasize the importance of respecting your snake’s periodic deworming schedule. You can also offer your snake adequate preventive medicine. In addition, visiting your veterinarian every 6 months is important in monitoring their health status and preventing such diseases.

If you want to read similar articles to Common Health Problems In Snakes, we recommend you visit our Prevention category. 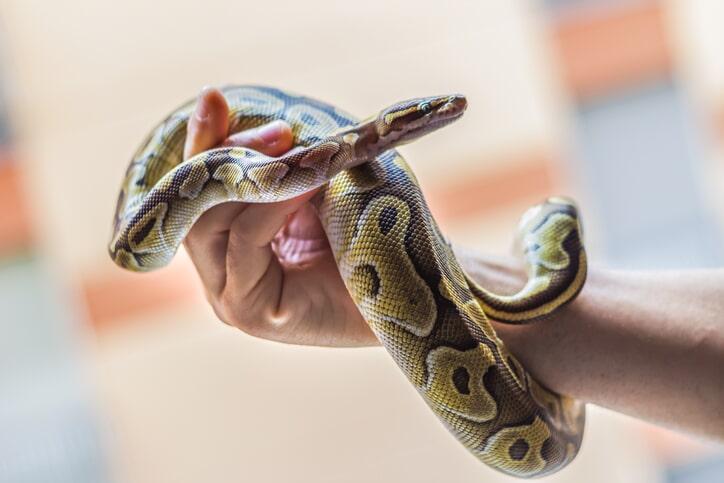 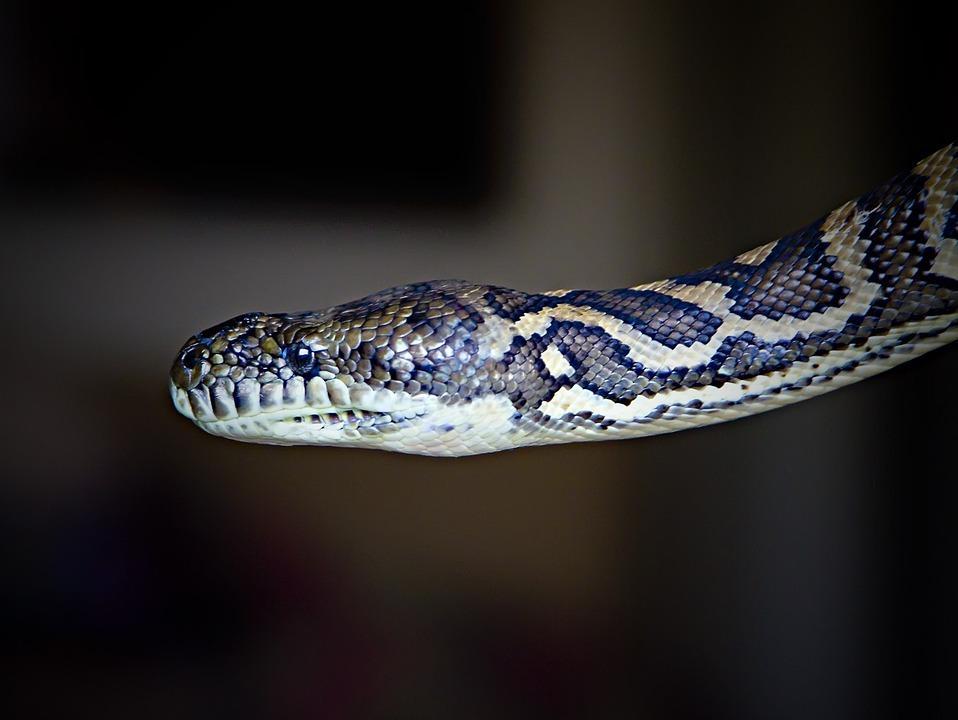 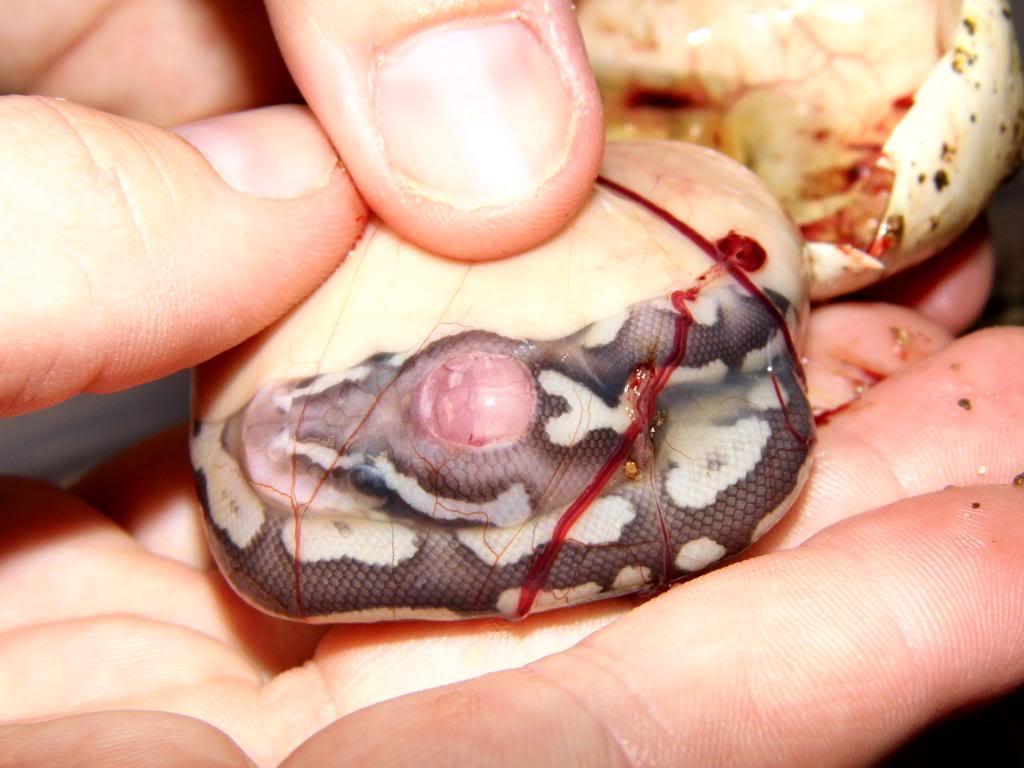 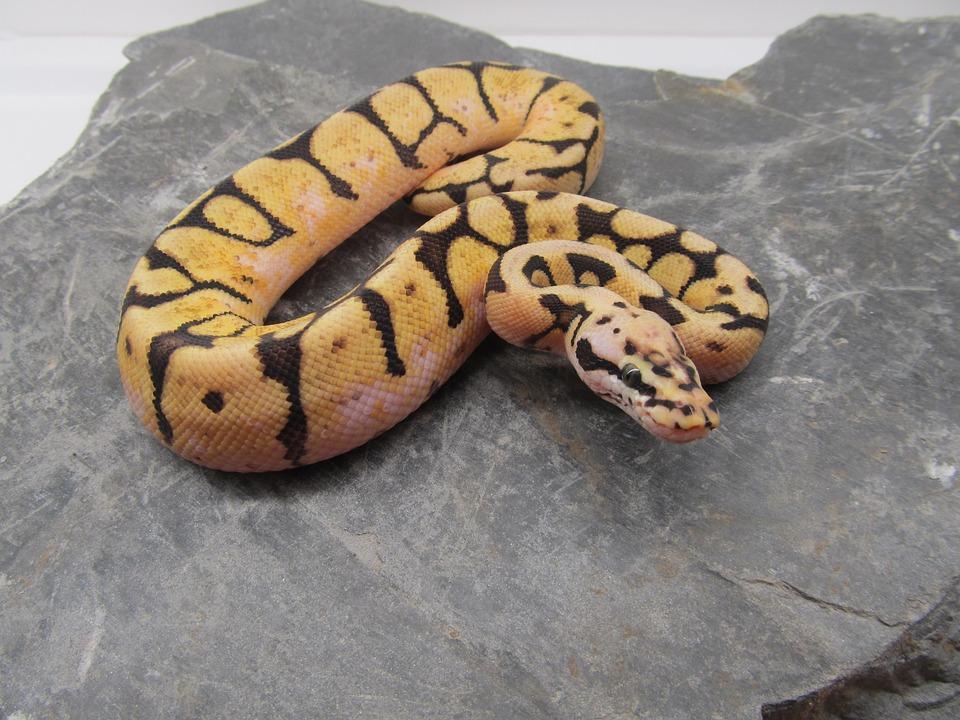 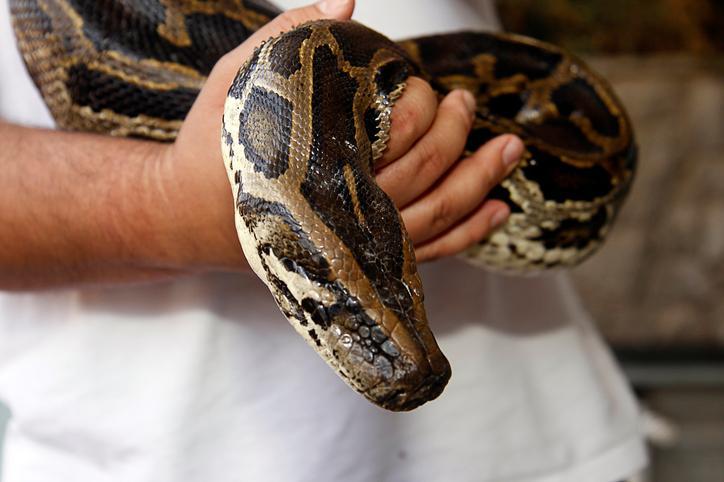 1 of 5
Common Health Problems In Snakes
Back to top