Diet of the Long-Tailed Chinchilla

The long-tailed chinchilla or Chinchilla lanigera is in serious danger of becoming extinct in the wild. This is mainly due to its highly sought after pelt which is known to be particularly soft and tactile.

However, this article is concerned with the domestic variety of long-tailed chinchillas. Chinchillas that are adopted as pets are, in general, properly monitored to ensure that they don't come from the wild, as wild chinchillas are not suitable for living in an apartment. These animals are not threatened to the same extent as their wild counterparts, but will still need to have a suitable diet to ensure a long a happy life.

Continue reading this AnimalWised article to learn about the diet of the long-tailed chinchilla and other interesting facts about this adorable little animal.

You may also be interested in: What is the Best Diet for a Chinchilla?
Contents

Morphology of the Domestic Chinchilla

Domestic chinchillas are much larger than those in the wild, weighing up to 800 g in females and 600 g in the smaller male. There is clear dimorphism between males and females meaning that they exhibit different characteristics according to sex other than their genitals. Domestic chinchillas live at least twice as long as those in the wild, whose average life expectancy is about 6 years old. In captivity, there have been cases of chinchillas living for over 20 years, the Guinness World Record holder being Radar a German born Chinchilla who later traveled to Acton Ohio and lived to be the ripe old age of 29.

The vast majority of chinchillas who will become pets are hybrids, which allows for an almost infinite number of morphologies (structural characteristics of a species), sizes, colors and different body shapes.

The basic food for domestic long-tailed chinchillas is alfalfa and hay. This should make up about 80% of their diet. Corn, oats and wheat are also among the best foods for this pet.

There are currently many varieties of dry feed on the market, which are available at any pet store. It has specific compounds for chinchillas which help promote good health. These consist of various grains, berries and plant materials suitable for little rodents. By giving them such a broad nutrition, you are ensuring that your pet is getting a proper diet.

In addition, 5% of their diet should be fruit and vegetables. Don't overdo it as your little pet can get diarrhoea which can be uncomfortable for them and inconvenient for you.

In the wild they are also known to eat eggs and insects, but usually only if they become available rather than seeking them out.

The average amount of food consumed by a chinchilla is around 25 grams a day.

However, given the number of mutations and hybrids (over 20 varieties exist), the size of each individual will influence the amount of food they require. A chinchilla weighing no more than 400g will not eat like an adult chinchilla of 800g. If you have questions, visit your vet, who will be able to tell you how much your chinchilla should eat.

Wild chinchillas do not drink water. Rather, they extract it from the food they eat. In contrast, domestic chinchillas do drink water, but not a lot. It's advisable to give them a water dispenser to quench their thirst. Replenish their water every day as it can become stagnant and might hurt your pet.

Chinchillas have a very sensitive digestive tract, so you should minimize the risk of them ingesting dirty water which may contain pathogens.

If you find that your chinchilla is not drinking at all, take it to the vet to diagnose the problem.

Since chinchillas are more susceptible to illnesses due to their weak digestive tract, it is imperative that their cage, and especially their food and water bowls, are extremely hygienic. Food and water should be replenished every day while the cage should be cleaned and their bedding replaced frequently.

If you adopt a pet chinchilla, you'll probably be wondering what is the best way of caring for it and what common diseases is it likely to develop.

If you want to find out more dietary habits of other animals, whether wild or domesticated, have a look at these articles on A Panda Bear's Diet and Diet of the Zebra Finch.

If you want to read similar articles to Diet of the Long-Tailed Chinchilla, we recommend you visit our Healthy diets category.

Diet of the Long-Tailed Chinchilla 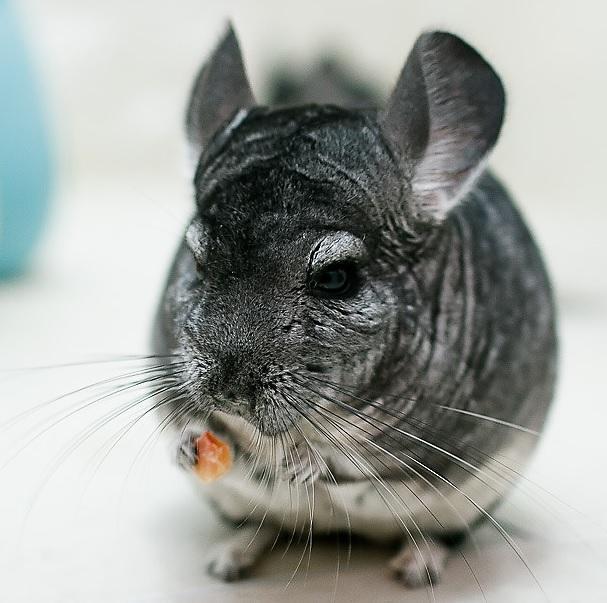 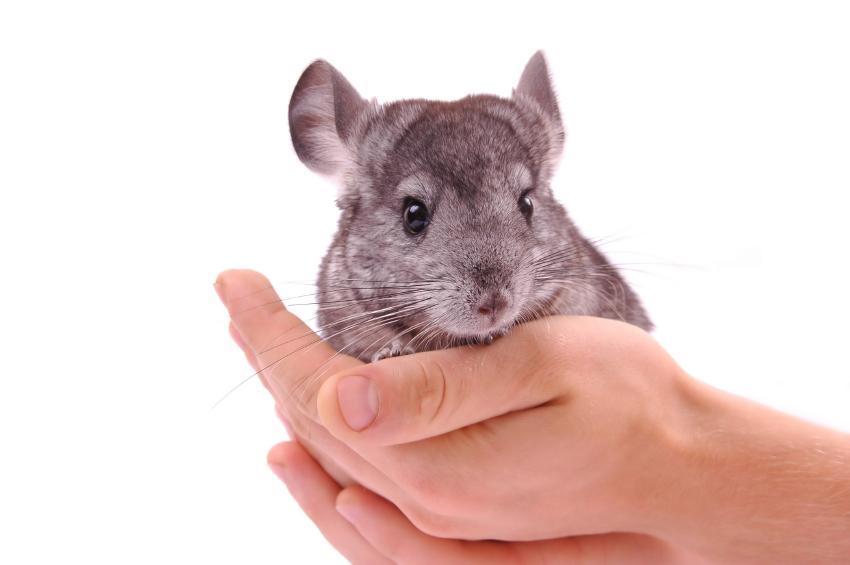 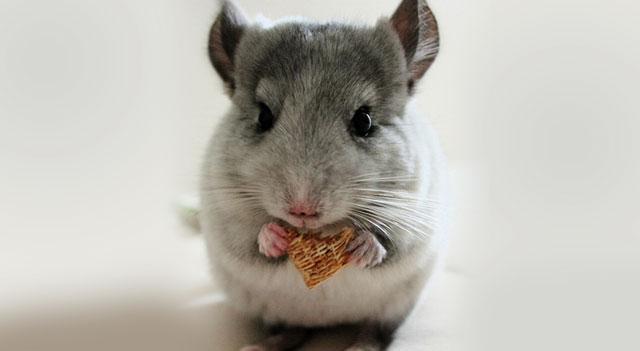 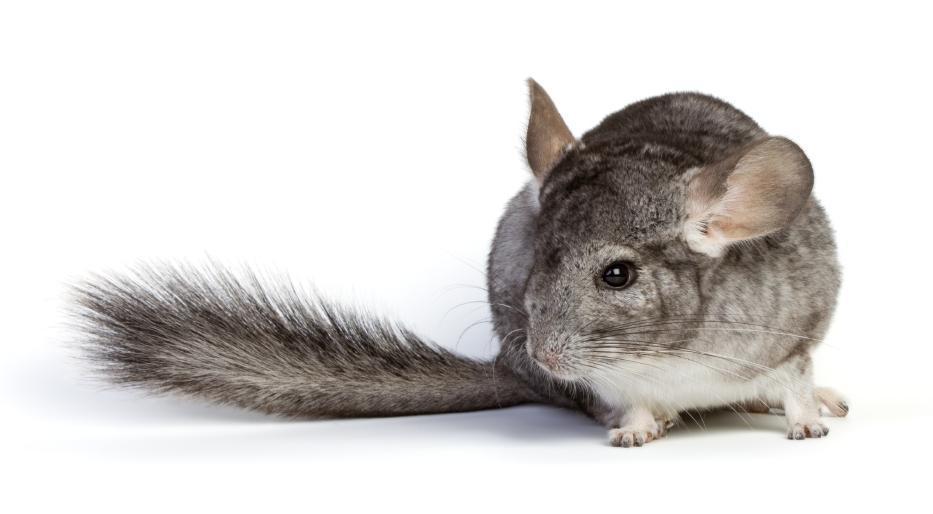 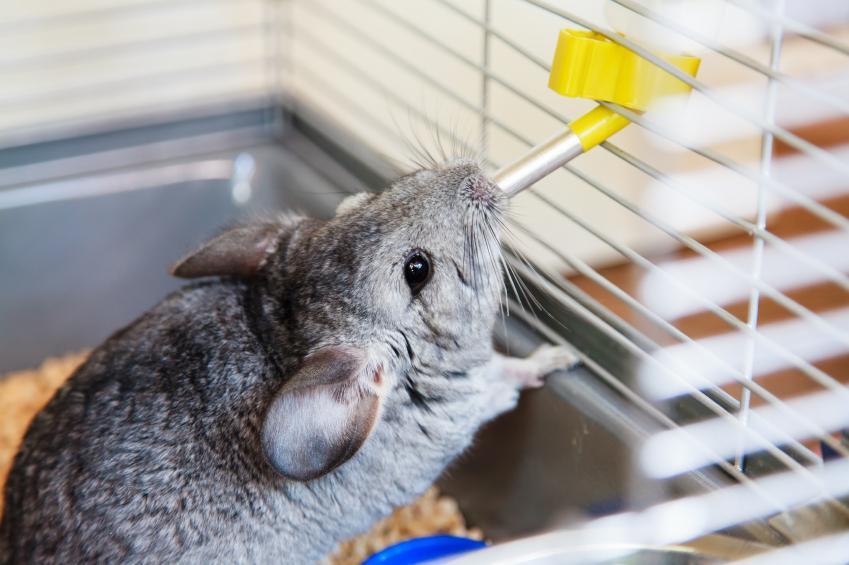 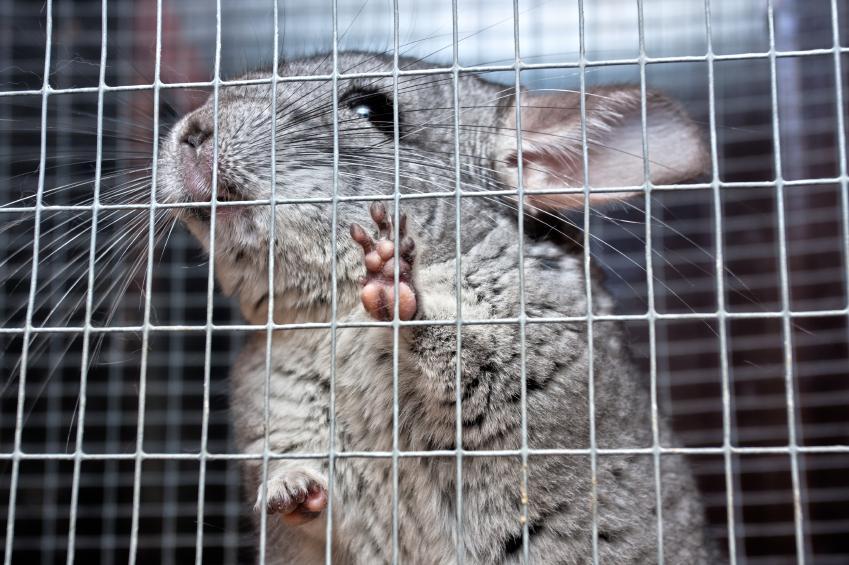