Do you want to know the differences between mule deer and white-tailed deer? Stay with us at AnimalWised and we'll discuss the appearance, habitat, size, behaviors and movement styles of these two American deer species.

You may also be interested in: Differences Between Deer, Elk, Moose and Reindeer
Contents

Differences in antlers and ears

Both white-tailed and mule male deer, called "bucks", have antlers. However, you can tell the differences between the two because of their structure.

White-tailed bucks' antlers consist of a main beam, from which different tines or points grow upwards. Their antlers are almost always symmetrical. On the other hand, the mule deer buck has antlers that fork from the beam and then divide again; in other words, you can tell mule deer apart from white-tailed deer because the former have bifurcated antlers. The consequence is a very different look.

Both species shed their antlers on an annual basis. While it is January or February for white tails, mule deer hold on to the antlers till February or March.

Does do not have antlers, but they can still be differentiated because of their ears. Both species have a large eared appearance. Mule deer have distinct ears set at a 30-degree angle and larger in size; in fact, this is why they are called "mules". White-tailed deer have more erect ears.

In the picture you can see a male white-tailed deer.

Differences in coats, tails and sizes

When it comes to size and weight, there are variations based on sex, age, and geographic location. Adult mule deer usually measure around 105 cm (42 in) tall at the shoulder. White-tailed deer vary more; on average they are smaller than mule deer, but some subspecies are quite bigger. In general, mule deer are stockier than white-tailed deer.

The mule deer has mostly a white face from the nose to the eyes, and it is lighter than the rest of the coat. The white-tailed deer, however, has a brown face akin to the reddish-brown hue of its coat with white rings around the nose and eyes. Both deer species have white patches around the throat.

White-tailed deer are called so because they have a gray-brown body with a matching tail that has a white fringe or underside. When they are frightened, their tails are raised, exposing the white area as a result. Mule deer have ropy white tails with black tips. They do not raise them when alarmed, unlike white-tailed deer.

In the picture you can see a male mule deer.

Gestation for the mule deer lasts for 7 months, while it is only 6 months and a half for the white-tailed deer. Because white-tailed deer breed later, they end up giving birth at the same time, from May to June.

The female white-tailed deer can give birth by 6 months old, while a mule doe must be older before breeding. Therefore, white-tailed deer have a higher birth rate during their lifetime. Both deer species deliver one to four fawns, although first time mothers tend to have one single fawn.

In the picture you can see a white-tailed doe with her fawn.

Differences in movement and behavior

If you can't tell a mule deer apart from a white-tailed deer through their appearance because they move too fast, you can watch how the deer in question runs and take the following differences into account. When it comes to bearing, the white-tailed deer is more alert while the mule deer tends not to look out for minor changes.

Mule deer are stiff legged and bound from one place to another, hopping to escape predators. They are capable of stotting or pronking, that is, jumping with the four legs at once like a gazelle. White-tailed deer, on the contrary, engage in galloping movements rather than hopping.

In the picture you can see a female white-tailed deer.

White-tailed deer are more common than mule deer across America, as they have a larger geographical range. A common division is to say that you can find white-tails east of the Rocky Mountains and mule deer to the west; however, this is not exact.

In fact, mule deer live in western North America, from northwestern Canada all the way to central Mexico, including Utah and the Sierra Nevada. They live in relatively dry areas, such as grasslands, scrublands and even deserts.

On the other hand, white-tailed deer can be found almost all over the United States, except for some western states. It is so characteristic from that country, some states have chosen the white-tail as their animal emblem. Their range extends from central and southern Canada down to the northern areas of South America. Here you can learn more about the habitat of the white-tailed deer.

In the picture you can see a male mule deer with the characteristic bifurcated antlers.

Now that you know the differences between mule deer and white-tailed deer, don't miss the following articles:

If you want to read similar articles to Differences Between Mule Deer and White-Tailed Deer, we recommend you visit our Facts about the animal kingdom category.

What is the Habitat of the White-Tailed Deer?
Types of Deer Around the World
Different Types of Deer Species
Where Do Deer Live?
Related categories
Endangered animals
Most read
1.
What Animal am I According to my Zodiac Sign?
2.
What Does It Mean When a Cat Shows Up at My Door
3.
10 Most Beautiful Animals in the World
4.
The 10 Most Solitary Animals in the World
5.
Animals With Scales - Full List
6.
Why do Dogs Get Stuck when Mating?
7.
My Female Dog In Heat Won’t Accept A Male - Causes
8.
How Many Types of Lions Are There?
Native Animals of the Sierra Nevada
How and Why Do Deer Shed their Antlers?
Do Fallow Deer Shed their Antlers?
What is the State Animal Of...
Ruminant Animals: Full List and Fun Facts
What Do White-Tailed Deer Eat?
Native Animals of Utah: Wildlife and Habitat
Differences between a Cheetah and a Leopard

Thanks for pointing this out, we have changed the picture for the right animal.
Differences Between Mule Deer and White-Tailed Deer 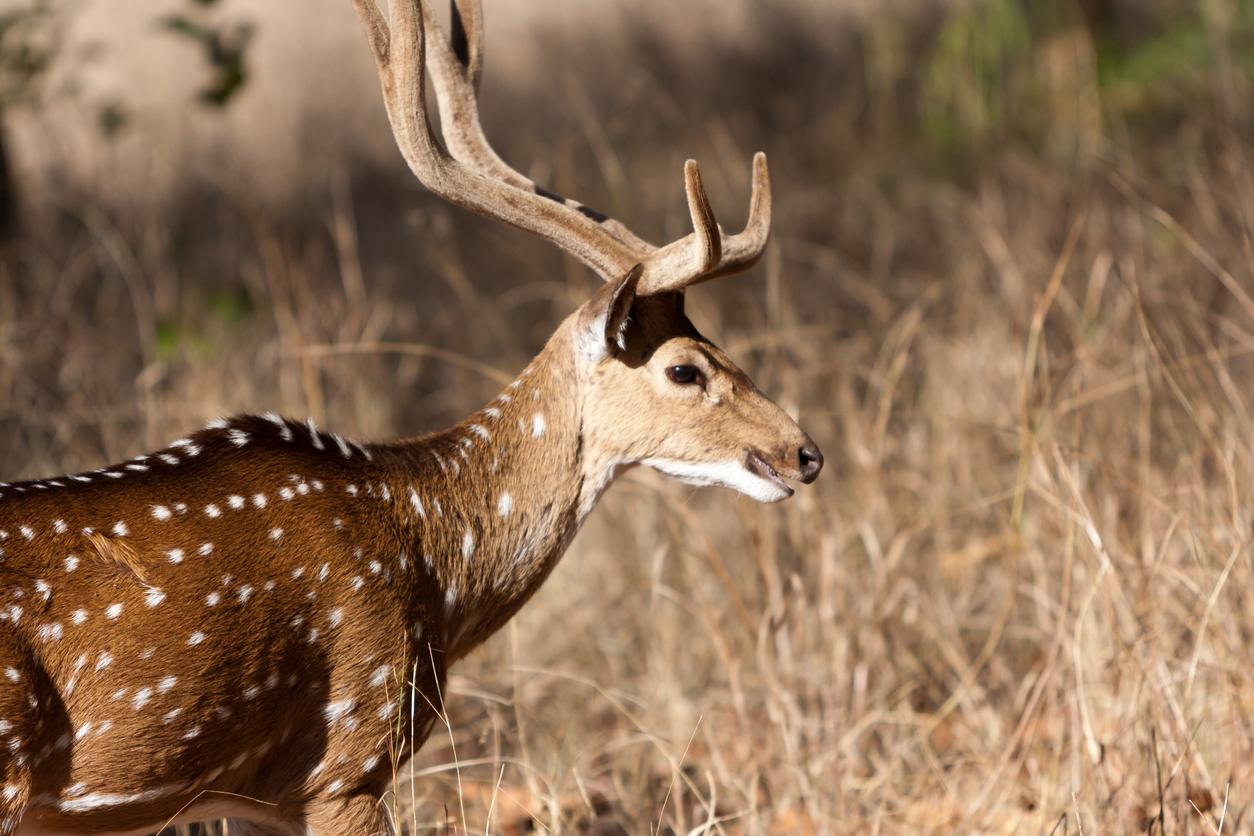 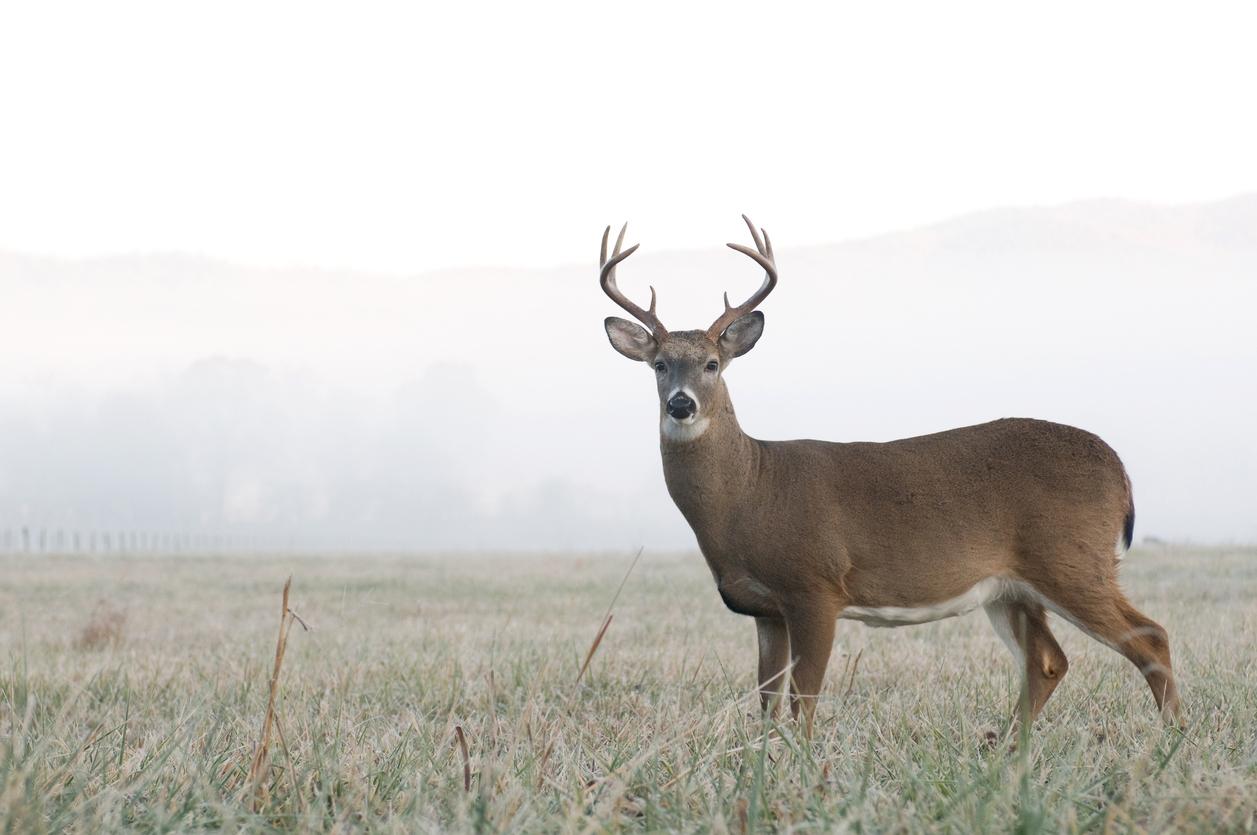 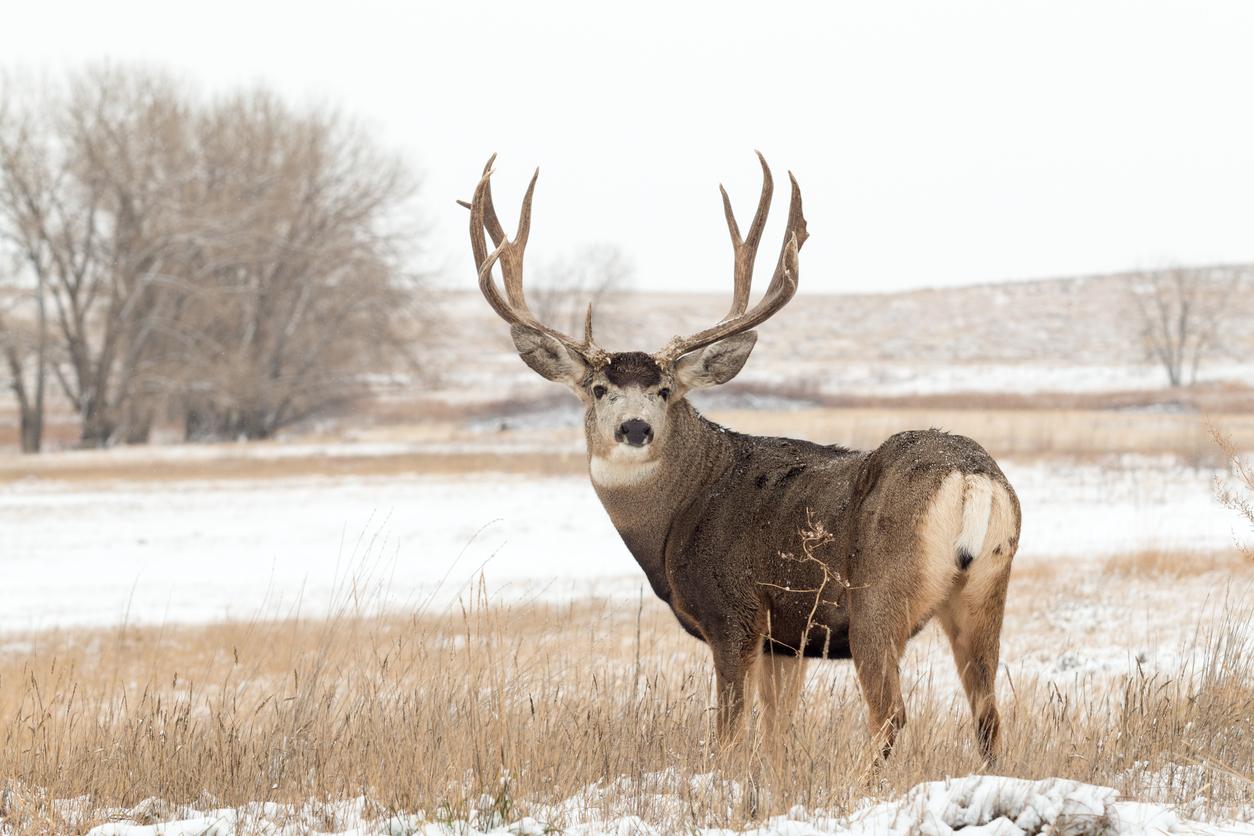 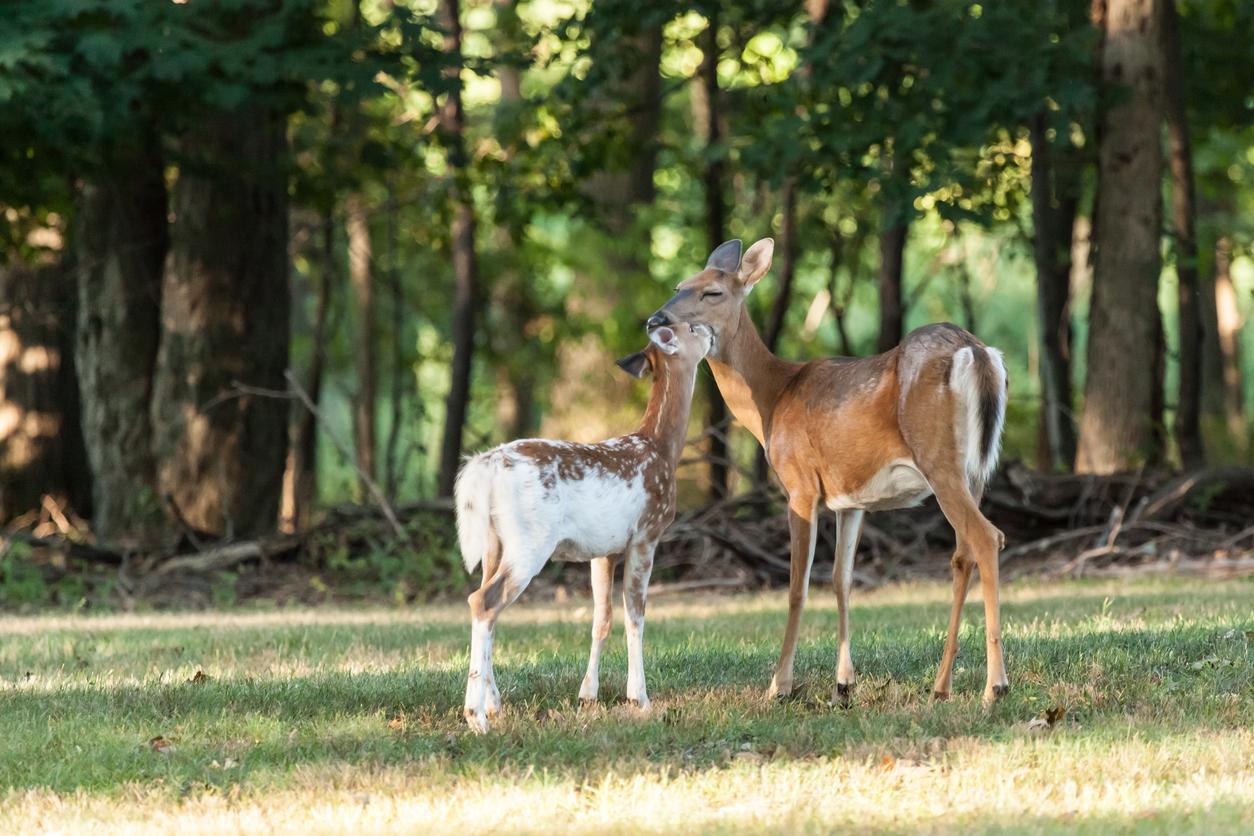 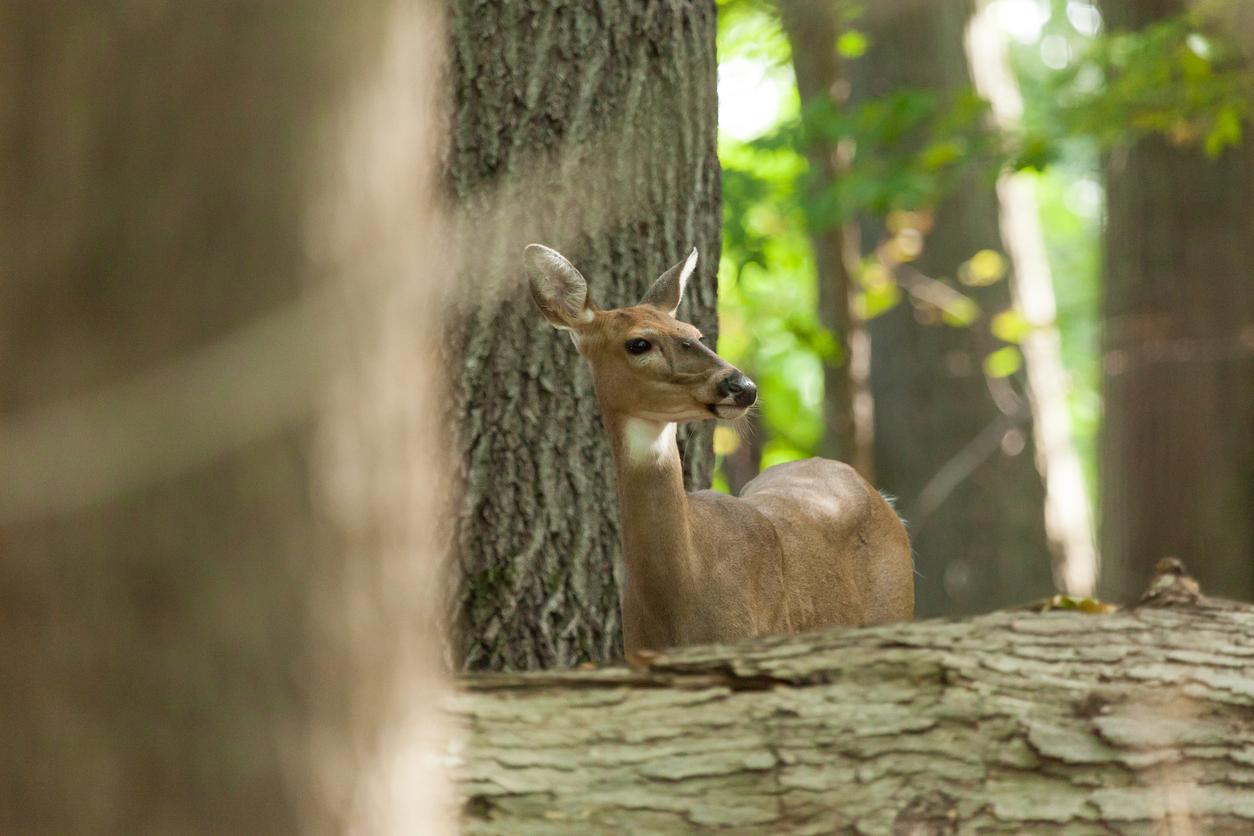 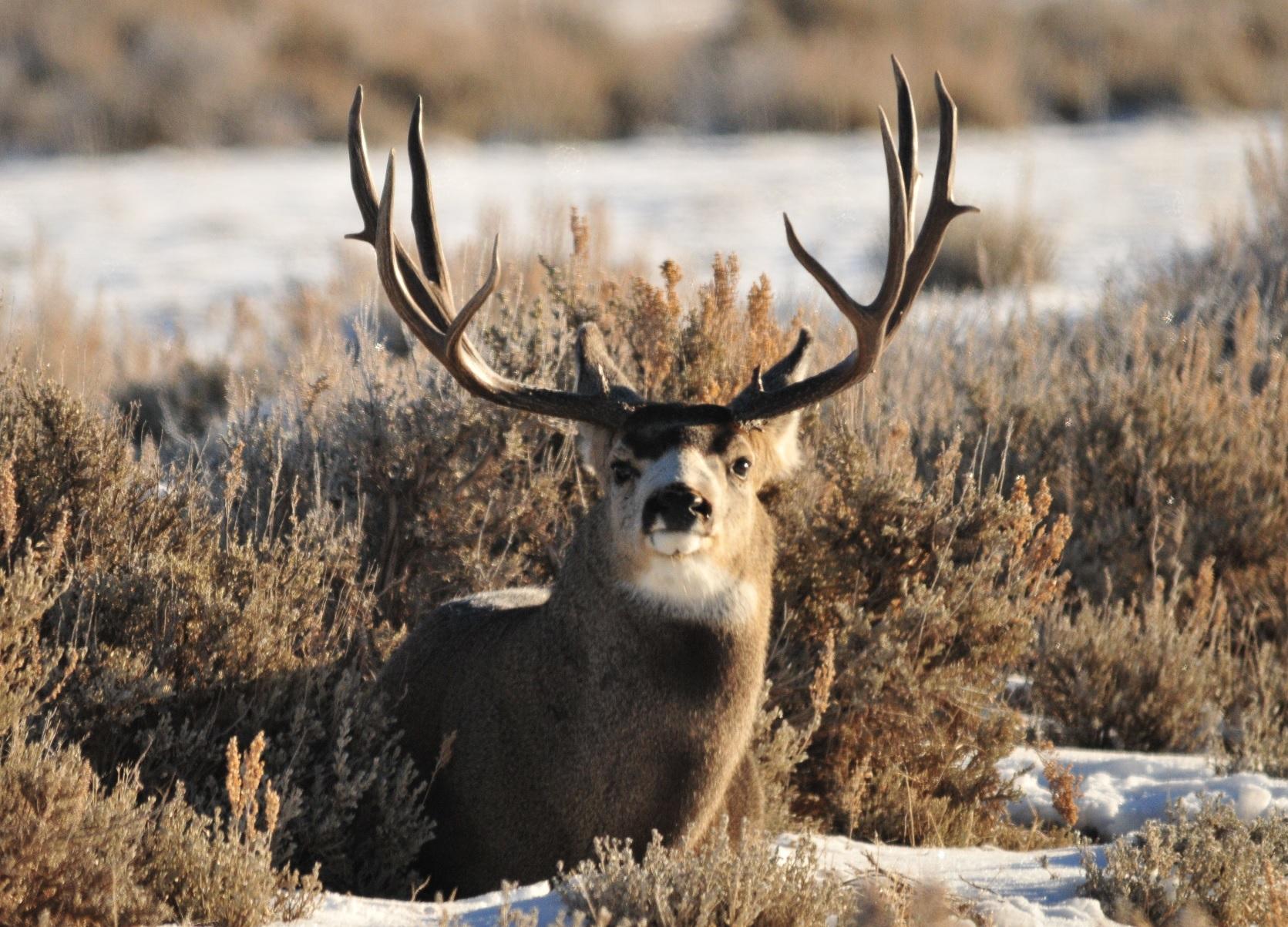