Do Dogs Have A Perception Of Time?

When dog owners are absent for a considerable number of hours, many people wonder do dogs have a sense of time? For example, if we have a look at a dog’s perception of time, are dogs aware of this prolonged absence? A dog’s concept of time can be directly related to a dog’s memory. In addition, many studies show that dog’s read time through smell. And if we look at this aspect, we can conclude that yes, dogs do have a perception of time.

If you want to learn more about a dog’s perception of time, you’ve come to the right place. In this AnimalWised article we are going to discuss, with the help of available data, whether or not dogs have a notion of time. We will also be discussing the difference between human time and dog time.

You may also be interested in: Do Insects Feel Pain? - Studies on Bug Pain Perception
Contents

Counting time by seconds, minutes, hours or in weeks, months and years, is an alien structure for our dogs. The reason for this is that time itself, or the varied measurements of time, was invented by humans. However, this does not mean that dogs live unconscious of temporalization. All living organisms are ruled by their own circadian rhythms[1]. If you are wondering can dogs tell time? the direct answer is no, they cannot TELL time, but dogs can sense time.

Circadian rhythm is a biological process made up of daily activities based on the internal schedules of living beings. Thus, if we observe our dog, we will see that they often repeat the same routines. These routines include sleep and feeding schedules or performed activities. Therefore, we can conclude that dogs do in fact have a sense of time, their own time. This dog time does however also relate to their owners. Often you may notice that when you arrive home your dog is already waiting for you at the door, but is this because of your schedule or theirs? It is important to note that a dog’s perception of time differs from that of humans. According to psychologist William Roberts, dogs sense time due to external elements. For example, have you ever noticed that when your dog hears the sound of its collar being held, it suddenly jumps up ready for a walk?

Do dogs have a sense of time?

Many people believe that dogs have a sense of time because they seem to understand the concept that we are leaving or arriving home. However, is this due to the verbal language that we as humans present?

We, as humans, place large importance on language. We prioritize communication through words and therefore we tend to forget the power of non-verbal communication. It is important to know that our dogs in fact collect and interpret these non-verbal signs. Using their senses, they are able to relate to their environment, humans and other animals.

Routines shared with our dogs

By the simple repeated actions of waking up, brushing our teeth and getting dressed, our dogs can comprehend that we are going to leave home.They have seen this routine plenty of times before and can therefore understand what it leads to. But how does this then explain the fact that they know when we are going to return home? Keep reading to find out more.

Separation anxiety is a behavioral disorder that some dogs manifest when they are alone. These dogs may cry, bark, howl or act destructively when their caregivers are absent.

Professionals who treat canine behavior, such as ethologists, can set schedules in which a dog can progressively get used to spending more time alone. Some dogs suffer from this anxiety from the minute their owner leaves the door, while others will only show signs of anxiety symptoms after some hours[2].

If our dogs can follow scheduled training, or get sadder with the extension of time, surely we can conclude that they can understand the idea that time passes? Read on to find out more!

A dog’s concept of time: smell

We as humans base majority of our communication on spoken language. Dogs however do this through their senses. It is through these senses that dogs can interpret non-verbal information that we present. But if a dog doesn’t have a watch, how could they possibly understand when we are going to come home? the answer to this, is smell. Dogs can in fact tell time with their noses!

An experiment was carried out in which scientists wanted to clarify the connection between time and smell in dogs. It was concluded that, the absence of an owner in a house, meant that the smell of the environment would gradually change. The longer time passed, the weaker the smell of a dog’s owner would be. When this smell reached its weakest point, through repetition, a dog would know that this was roughly the time when their owner would come home. Thus, the sense of smell, supplemented by circadian rhythms ( daily hormonal changes, body temperature and neural movements) and established routines, allow us to believe that dogs are aware of the passing of time[3].

In addition, a dog’s sense of smell can tell them when someone or something is coming, even if they can’t see it, as they can smell it before it enters their space. The smell of a room also helps a dog perceive time. As morning moves to midday to night we see a movement from colder back to hotter air back to colder air. This sense of smell can help a dog perceive what time of the day it is.

This dog ‘internal clock’ can also tell us a lot about a dog’s memory. Some studies show that dogs, like humans, have the power of episodic memory. Others, however, argue that a dog cannot think back to a specific time, and learn instead through association and smell. There is proof, however, that dogs have long associative memory. For example, they will associate your deep voice with scolding. Either way, there is no definitive yes or no about whether a dog has this type of memory or that. But, the concepts in themselves do help to give us a better understanding when discussing whether or not dog’s can tell time.

On this topic of time, we thought you might find our video about 10 things dog predict interesting! 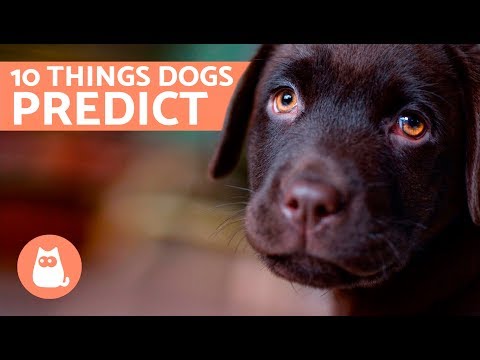 If you want to read similar articles to Do Dogs Have A Perception Of Time?, we recommend you visit our Facts about the animal kingdom category.

Do Dogs Have Feelings?
Benefits of Having a Cat
Do Dogs Have Good Memories?
Do Cats Have a Good Memory?
Related categories
Endangered animals
Most read
1.
What Animal am I According to my Zodiac Sign?
2.
What Does It Mean When a Cat Shows Up at My Door
3.
10 Most Beautiful Animals in the World
4.
Why do Dogs Get Stuck when Mating?
5.
Animals With Scales - Full List
6.
The 10 Most Solitary Animals in the World
7.
Can Cats Absorb Negative Energy?
8.
Differences Between Deer, Elk, Moose and Reindeer
Do Dogs Have Belly Buttons?
Why Do Dogs Have Whiskers?
Do Dogs Have a Dominant Paw?
What Do Dogs See?
Why do Cats have a Rough Tongue?
Why Do Cats Disappear for Days at a Time?
Do Cats Have Dreams?
Do All Fish Have Scales? - Types of Scaleless Fish

Do Dogs Have A Perception Of Time? 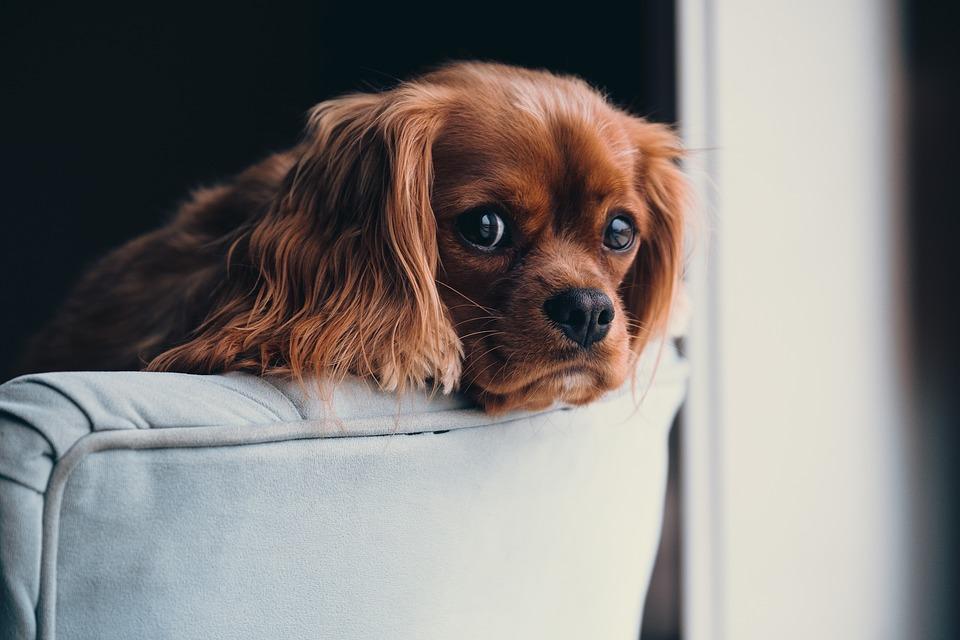 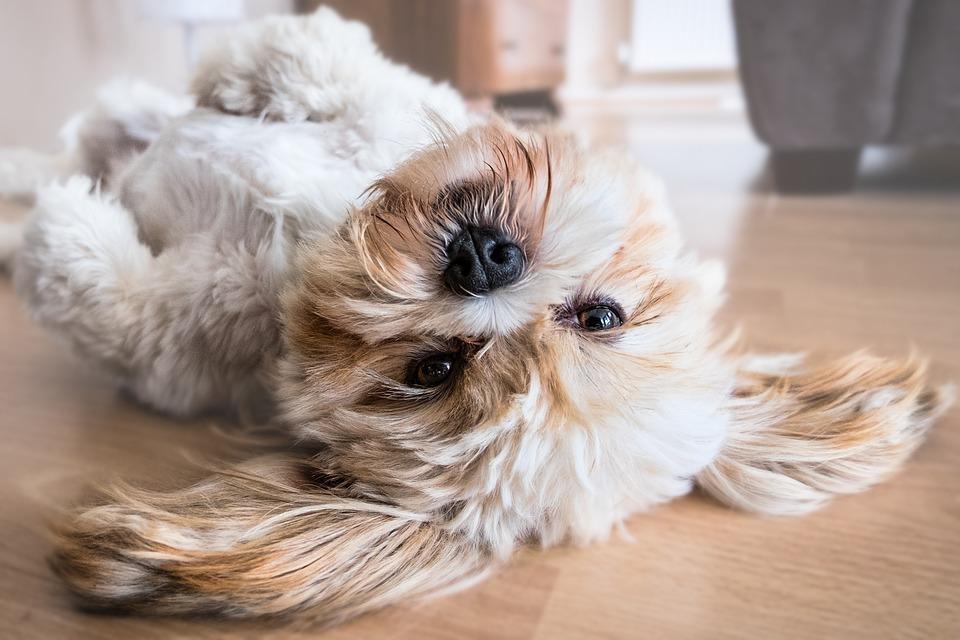 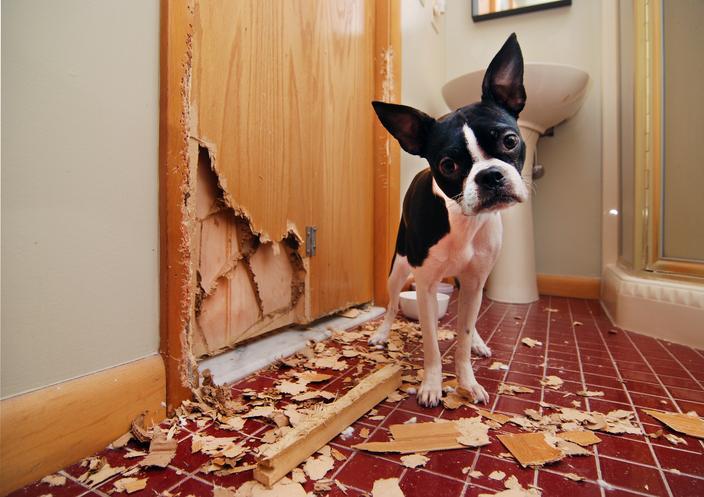 1 of 3
Do Dogs Have A Perception Of Time?
Back to top