By Eduarda Piamore, Expert in canine and feline psychology, education and training.. May 15, 2019

Many dog guardians ascribe specific personalities to their dogs. Dogs do indeed have personalities and getting to know them is one of the most rewarding aspects of living with canines. However, the extent of this inner life is difficult to determine due to the limits of human/canine communication. We know they can be upset and show emotion, but what are the limits of their psychological capacity? Since dreaming in humans is a manifestation of the subconscious, do dogs dream? Further, if dog's can dream, can they also have nightmares?

At AnimalWised, we look into the nature of a dog's sleep and dreaming ability to answer the question ‘do dogs have nightmares?’ In doing so, we can help to keep an eye on our canine's well-being and see if there is any need for intervention.

You may also be interested in: Do Cats Have Dreams?
Contents

How much do dogs sleep?

The hours a dog spends sleeping are essential for a dog's well-being. Both their body and mind need rest to conserve energy and maintain a balanced metabolism. This is one of the reasons it is so important for dog guardians to reinforce good sleeping behavior. We can do this by providing a comfortable place to sleep, keeping them free from distraction and ensuring they have enough exercise to expend energy.

How much sleep is required is dependent on different factors. Some guardians wonder if it is normal for their dog to sleep a lot. Dogs actually tend to sleep longer than humans, but it can be difficult to tell. The reason is because they do not sleep their daily amount in one continuous session. Rather, they take small sleeps and naps throughout the day. Humans have adapted to the relative security of homes and benefit from longer sleeps. While the domestication of dogs has occurred over thousands of years, they still have remnants of their wild past whereby they have to sleep in shorter bursts to keep themselves safe from threat.

The variables of how much sleep a get are wide ranging. The age of a dog will affect how much sleep they require. For example, puppies will need around 20 hours per day during their first few months. As they develop their need for sleep gradually reduces. An adult dog usually sleeps between 8 and 13 hours per day. When they move into old age, their body becomes worn down and they require more sleep to preserve their energy. Senior dogs usually require about 15 to 18 hours per day.

Age is not the only variable determining how much sleep they need. Their breed plays a factor. Some breeds are naturally more energetic and have a higher metabolism. Others, such as brachycephalic dogs, are unable to move around as much and may need more rest to function. Of course, the individual dog themselves may also plays a part. They may have thyroid issues or other medical reasons for needing more sleep than other dogs.

Sleep is vital for a dog's well-being. Not only does it give them rest for physical exercise, but it affects their mental health. A study from 2017 shows that dogs which do not get enough sleep are not as good at assimilating orders and teaching from their tutors. It is what the study terms “sleep-dependent memory consolidation”[1]. It does point out, however, that it is still difficult to qualify sleep patterns in dogs.

How do dogs sleep?

Now we know a little about their sleeping patterns, we can look a little further at the quality of their sleep. We will start by understanding how a dog's dreams are produced.

As with humans, a dog's ability to dream occurs during their REM (rapid eye movement) stage. It is so-called because the eye makes many repeated eye movements during this time as a reaction to brain activity. Although the eye may be moving, the body is in a very relaxed state with muscles reducing their tone and remaining still.

What do dogs dream?

While the advancements of science have afforded us the ability to determine that dogs do dream, we still have much to discover in terms of what they dream about. Although studies have shown the brain waves of dogs during sleep are not dissimilar to those of humans, they are unable to share the content. When a person dreams, they may have some memory of what occurs. They can then communicate this verbally. Dogs cannot, but it doesn't rule out the possibility that some of their dreams remain with them during consciousness.

However, the similar brain patterns to humans has lead researchers to suggest that dogs dream in a similar manner. This means, they assimilate the experiences and teaching they pick up during the day. This is supported by the study mentioned above which shows that amount of sleep has a bearing on how well they learn. It is likely, therefore, a dog dreams about things that happened during a walk, an interaction they had with their guardian, a game they played, etc.

If you wonder whether dogs dream about their guardian, the answer is very likely yes. We are important to them and take up a lot of time, so it makes sense they would dream about us.

Do dogs have nightmares?

While we cannot be sure of the content of a dog's dreams, research indicates that dogs can indeed have nightmares. If a dog has a negative experience during the day or even sometime in the past, then it would stand to reason they will assimilate this experience also.

In terms of definition, a nightmare is a dream with negative or unpleasant content. As with humans, dogs can experience difficult, frustrating or even traumatic moments in their daily routine. These experiences are likely to filter into their subconscious. These experiences don't have to lead to long-term trauma. However, if your dog has nightmares every day, it may be an indication that something in their environment or routine is affecting their well-being.

To know if a dog is having a nightmare, we can observe the movements they make during their REM state. If they are vocalizing, making awkward movements or generally behaving similar to how we would during a nightmare, it is possible they are having one themselves. You can also analyze their behavior while awake and see if there are any other particular changes in their personality or demeanor.

If you have recently adopted a dog and observe continuous or prolonged periods of nightmares, then it is possible they have experience some trauma. Even if they are pleasant and friendly when awake, they may need some better socialization to sleep more peacefully. We should always pay close attention to a newly adopted dog's behavior to see how well they are adjusting to a new environment.

Dogs which are scared, wary or insecure when interacting with others may need some help in adapting. They may even try to sleep next to you out of anxiety. A dog trainer or canine ethologist should be able to help lessen this insecurity, provide the dog with more confidence and improve their sleep quality.

Is it normal for a dog to cry when sleeping?

If your sleeping dog cries, emits moans or has spasms, it is likely they are experiencing a nightmare. By reliving a negative experience in their dreams, dogs usually reproduce the same reaction they would have if they were awake. This may lead to the sounds when make when moaning, whining, howling or barking. They also may twitch and shake a little in response. It's OK for this to happen every once in a while if they don't show any other symptoms of stress. However, repeated nightmares indicates a psychological problem which needs to be addressed.

Is it OK to wake a dog during a nightmare?

When we observe our dog sleeping in an agitated way where they appear to be having a bad experience, it is normal we want to wake them from a nightmare. However, it is inadvisable to wake dogs abruptly when they are in this state. The dog may be disorientated and be unable to distinguish between the waking world and their nightmare. They could have an adverse reaction and even bite us.

When we see our dog having a nightmare, it is best to observe and wait. Nightmares usually do not last very long. If you see your dog seems to be quite upset for a prolonged period of time, you can speak in a reassuring voice to gently wake them up. Once they become alert and are aware of your presence, you can give them some corresponding reassuring pets.

If you want to prevent your dog from having nightmares, the best thing you can do is provide the best overall care. Establish a positive routine which meets all of their needs in terms of diet, exercise and social interaction. Early socialization is imperative and an enriched environment helps them to feel more secure. If your dog is stressed because you are not home, you can find ways to keep them occupied when they are alone.

Another study from 2017 shows that negative stimuli can have negative repercussions on a dog's sleep pattern and vice versa[2]. In general, however, it is important to know that it is likely your dog will nave some nightmares and you should not worry if they do not happen regularly. As long as you keep it positive and meet their needs, your dog should sleep soundly. 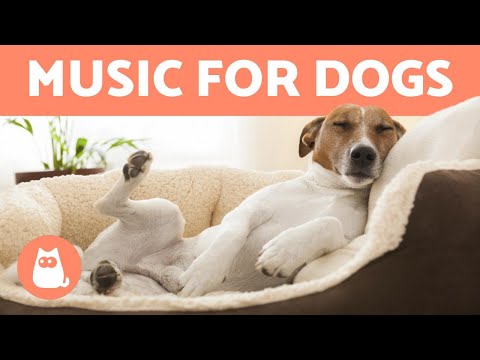 If you want to read similar articles to Do Dogs Have Nightmares? - Canine Sleep Patterns, we recommend you visit our Facts about the animal kingdom category.

Bibliography
Do Dogs Dream?
Do Rabbits Sleep?
How Many Hours a Day do Dogs Sleep?
My Dog Sleeps With Their Eyes Open
Related categories
Endangered animals
Most read
1.
What Animal am I According to my Zodiac Sign?
2.
What Does It Mean When a Cat Shows Up at My Door
3.
10 Most Beautiful Animals in the World
4.
Animals With Scales - Full List
5.
Why do Dogs Get Stuck when Mating?
6.
Can Cats Absorb Negative Energy?
7.
The 10 Most Solitary Animals in the World
8.
Differences Between Deer, Elk, Moose and Reindeer
How Do Horses Sleep?
How Do Elephants Sleep?
Do Dogs Have Good Memories?
Why Does My Dog Breathe So Fast While Sleeping?
Do Dogs Have Feelings?
Why Do Giraffes Have Such Long Necks?
Do Dogs Have A Perception Of Time?
Do Giraffes Sleep Standing Up? 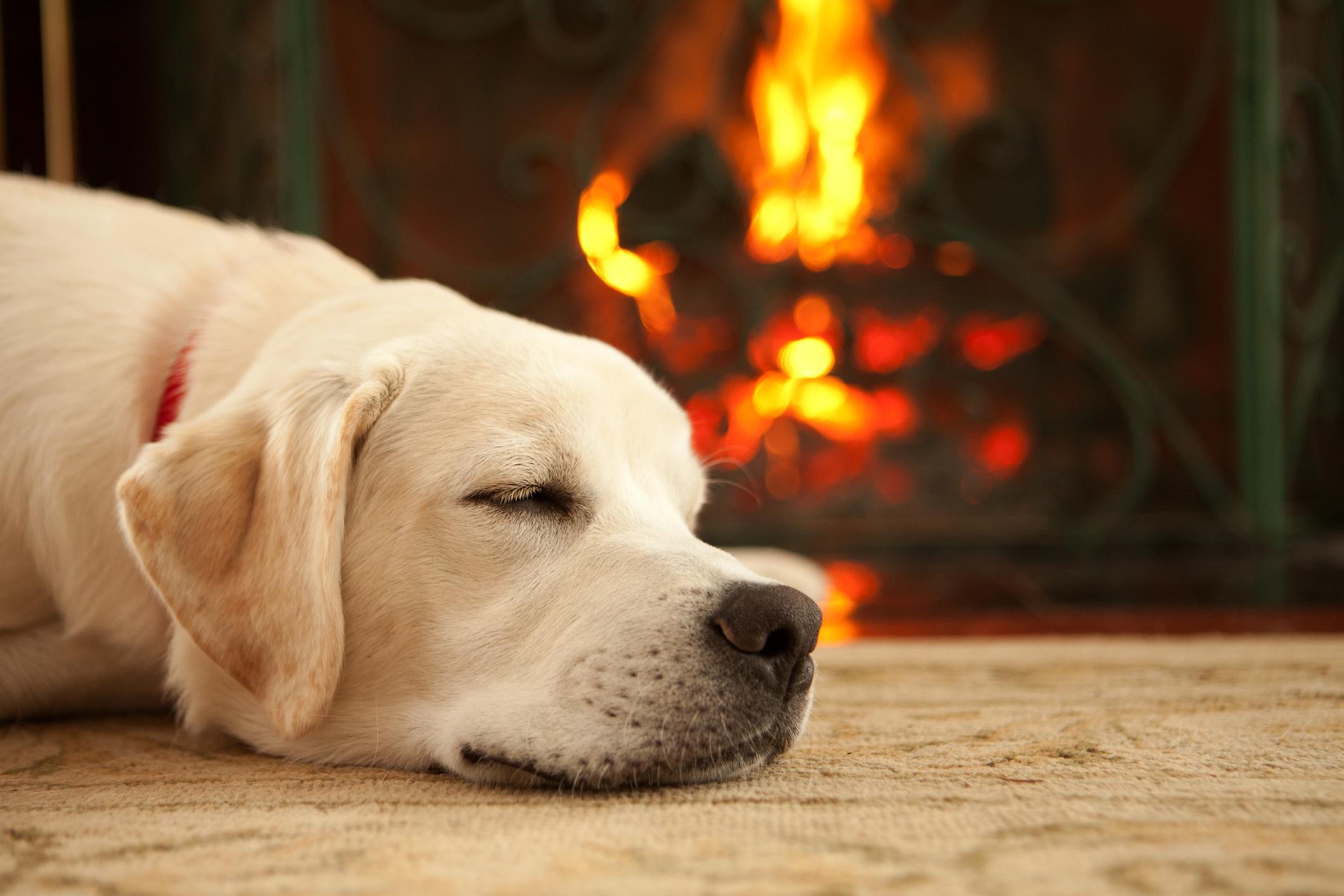 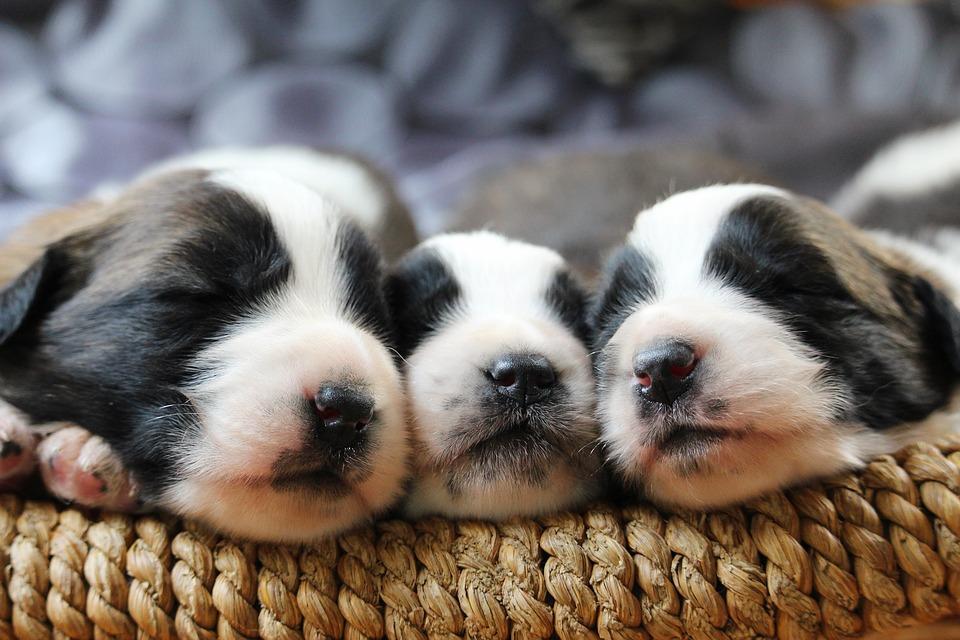 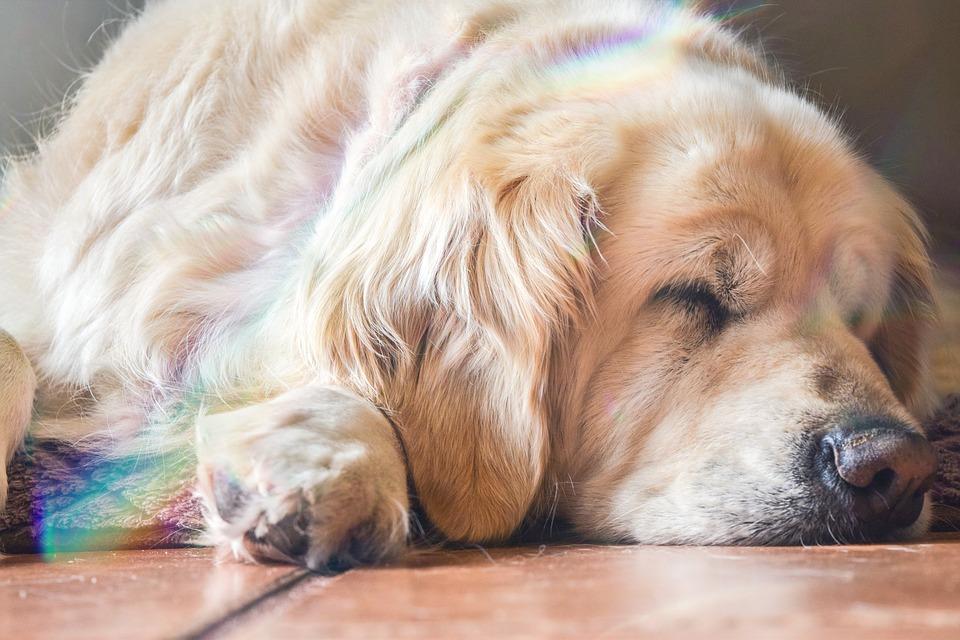 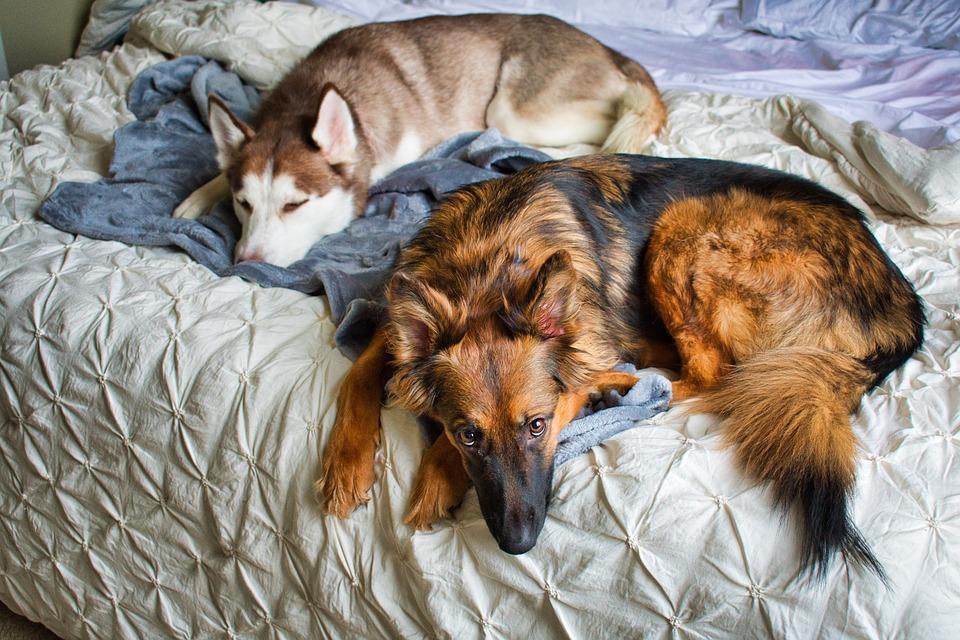 1 of 4
Do Dogs Have Nightmares? - Canine Sleep Patterns
Back to top