By Eduarda Piamore, Expert in canine and feline psychology, education and training.. Updated: May 27, 2019

Dogs are capable of experiencing a wide range of emotions. Among them is joy. Those of us who have the gift of sharing our lives with a dog will know how happy they can be. While a healthy dog without stress should be happy on a daily basis, there are some occasions when they are particularly ecstatic. This could be going for a big walk, encountering certain other animals or even being tickled in their favorite spot. The dog's responses are myriad and knowing what they mean requires understanding their body language.

This leads us to our question, do dogs smile? AnimalWised reveals that dogs do indeed smile. However, the way in which they do it is not the exact same as we humans. We'll also answer some common questions about dogs, happiness and laughter.

You may also be interested in: Can Animals Laugh?
Contents

To know whether dogs can smile as humans might smile, we need to better understand their emotional capability. Thanks to ethological research, we now know that dogs experience emotions in a basic way similar to humans. This occurs because, although not as well developed, canines have similar brain structures to we humans. Emotions are processed in the region of the brain which constitutes the limbic system. This system is present in all mammals, even if to varying capacities.

In dogs and humans, emotions are produced as a response to stimuli, but they are also related to memory. Emotions such as joy and fear are not only related to neural activity in the brain, but also hormone release. The release of these chemicals causes the emotions of an individual to change.

It has been shown that dogs can exhibit emotions similar to our own. They also experience chemical release and hormonal changes in a similar way. Both humans and dogs release a hormone known as oxytocin. This is commonly known as the ‘love hormone’ and it is released in both parties when dogs and owners interact with one another. Specifically, stroking them is shown to release more oxytocin in the dogs than other types of physical manipulation. It also helps us to know why dogs have been domesticated over other animals as “dogs and humans have been suggested to be especially good at activating each other's oxytocimergic systems and generating oxytocin-linked effects”[1].

Logistically, we still have a lot to learn about the mind and feelings of our best friends. This is one of the reasons why we at AnimalWised want to share as much as we can about canine behavior. Although there are many gaps in the research, we do know that dogs have more complex emotions than many believe. They experience them in a similar way to us, but they have their own ways of conveying them.

Do dogs laugh when they are happy?

Many think that a dog's only real indicator of emotional expression is their tail and its movement. If they are happy, many will display energetic tail movement. However, dogs express their joy in various ways, especially through their body language. Canine body language is made up of a complex system of postures, facial expressions, gestures and actions.

If you wonder whether dogs can smile, then the answer is yes. They can even laugh, but they just don't do it in quite the same way as us.

How do dogs smile?

The exact way a dog will smile depends on the facial morphology of the specific dog. Different breeds have varying mouth sizes and shapes. Just as many humans don't possess a ‘smiley’ face, neither do many dogs. The concept of a canine smile, however, does display certain traits. Scientists have studied dog facial reactions and have found that when a dog is more relaxed and happy they will often have their mouth open and stretched out to the sides. The curve of the mouth will be more pronounced in some than others. We also usually observe the dog's ears to be relaxed back, their tongue visible and their tail wagging. Their eyes are also usually relaxed and may be squinted.

While it may be possible you see a dog's teeth as they smile, there is a clear difference between a dog smiling and bearing their teeth in anger. When adopting a defensive posture, the dog may show their teeth as a signal we should back away. When experiencing a positive emotion such as happiness, their body language should not include signs of fear or aggression. A dog will smile if they are happy and stable, especially when spending positive time with their guardians.

Not only can dogs smile, but they can recognize smiling in their human guardians. In one study, oxytocin was given to dogs and they were then shown pictures of human faces they did not known[2]. Some were angry, others smiling. The dogs were more tolerant of angry faces when they had more oxytocin. While the study showed many things, the fact that they reacted to human facial expressions differently was conclusive. It also showed that eyes are important when a dog smiles, generally kept wide when defensive or alert and squinted when smiling or happy.

How do dogs laugh?

When humans find something funny to the point of laughter, we usually emit a characteristic laughing sound which accompanies a sincere smile. According to a study carried out by the ethologist Patricia Simonet from the University of Nevada (USA), dogs can also laugh out loud when they get happy[3].

To expand upon our knowledge of dog laughter, Simonet had the genius idea of recording the sounds emitted by dogs when they met and played with other dogs in parks. When listening and analyzing the sounds they recorded, she and her team of researchers discovered that, when dogs play, their panting sounds are made in a particular way.

When a dog is interacting happily with other dogs, they emit a ‘choppy’ sound interspersed with their habitual panting noises. If their play partner hears this dog laughter sound, they showed more excitement and willingness to play. The game session would intensify accordingly. According to Dr. Simonet, this kind of choppy gasping sound is the equivalent of human laughter. To us, it would sound like a “huh, huh” vocalization when it is amplified.

Additionally, they have reproduced recordings made in some animal shelters. Rescue dogs were recorded when they waited for a potential family to come and visit them. The dogs' responses were very positive, with several dogs displaying an improved mood and a reduction in symptoms of stress and nervousness. This is perhaps indicative of the way dogs can provide emotions of joy and happiness in us. Studies like this show that this expression of emotion is reciprocated in our dogs. 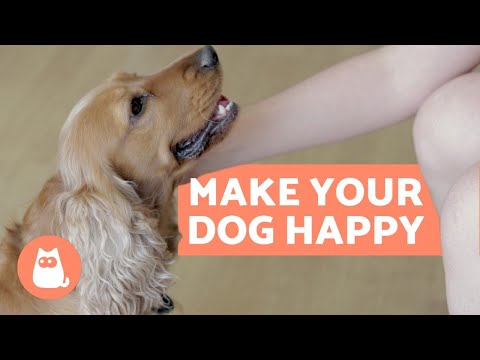 If you want to read similar articles to Do Dogs smile? - Canine Laughter and Happiness, we recommend you visit our Facts about the animal kingdom category.

1. Petersson, M. et al (2017). Oxytocin and Cortisol Levels in Dog Owners and Their Dogs Are Associated with Behavioral Patterns: An Exploratory Study. Frontiers in Psychology, 8. https://www.frontiersin.org/articles/10.3389/fpsyg.2017.01796/full

Bibliography
Body Language Signs of a Happy Dog
Do Dogs Have Feelings?
Do Dogs Have Nightmares? - Canine Sleep Patterns
Dog Body Language and Calming Signals
Related categories
Endangered animals
Most read
1.
What Animal am I According to my Zodiac Sign?
2.
What Does It Mean When a Cat Shows Up at My Door
3.
10 Most Beautiful Animals in the World
4.
Animals With Scales - Full List
5.
Why do Dogs Get Stuck when Mating?
6.
Can Cats Absorb Negative Energy?
7.
The 10 Most Solitary Animals in the World
8.
Differences Between Deer, Elk, Moose and Reindeer
5 Signs That Your Dog is Happy
Signs that my Cat is Happy
6 Benefits of Jogging with your Dog
20 Most Interesting Facts About Dogs
Best Dog Quotes - 60+!
New
Are Cats Ticklish? - How You Can Tell if Your Cat Enjoys Being Tickled
My Dog Howls at Sirens - Why and What to Do
Do Dogs Know We Love Them? 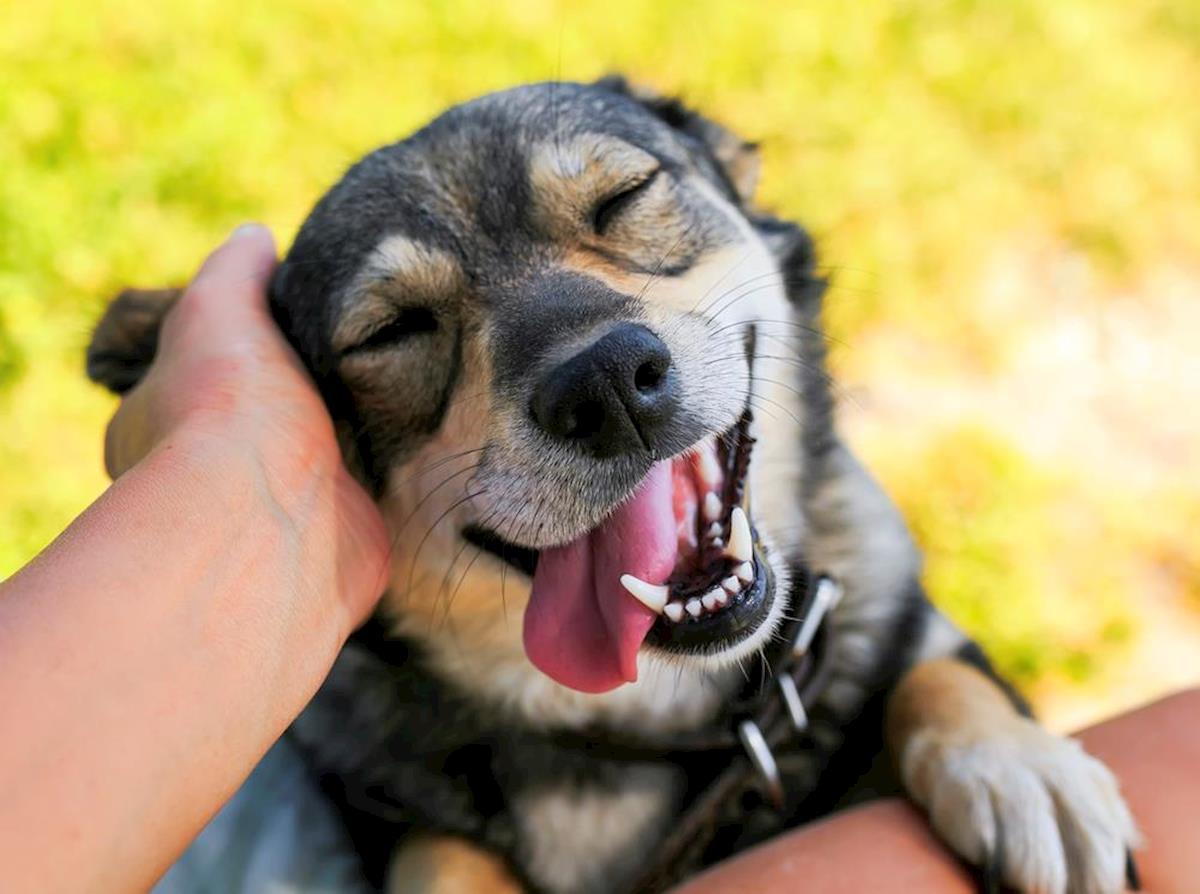 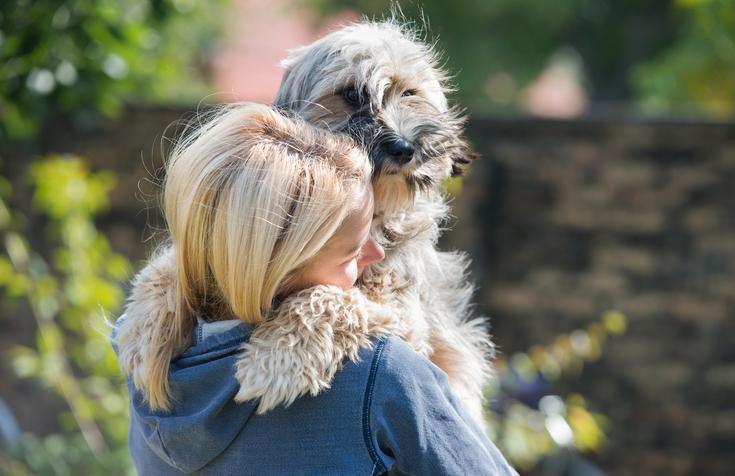 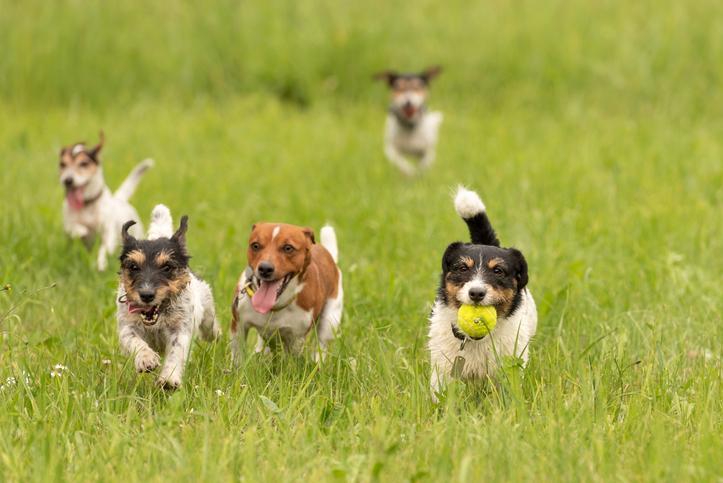 1 of 3
Do Dogs smile? - Canine Laughter and Happiness
Back to top