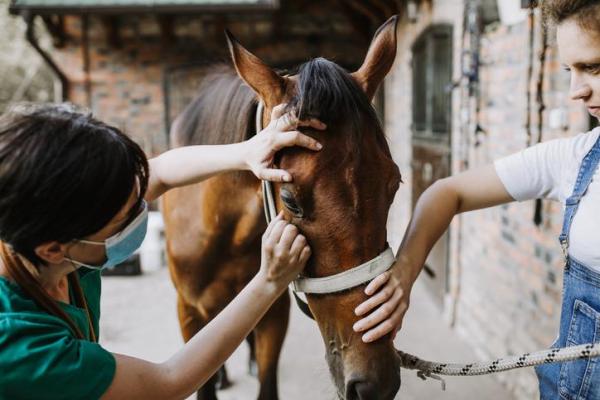 Eastern equine encephalitis is an extremely serious viral disease which affects horses. Unfortunately, it is also a zoonotic disease. Zoonoses are diseases which can be spread to humans. Eastern equine encephalitis, often known simply as EEE is a disease which is often first transmitted by other animals such as birds. The birds will carry the disease, but will do so asymptomatically. This means they will not suffer sequelae, i.e. consequences of the disease. When the disease is transferred to horses, the results can be fatal. The same when the disease is transferred to humans.

You may also be interested in: Dog Flu - Symptoms and Treatment
Contents

What is equine encephalitis?

Eastern equine encephalitis is also known as Triple E, EEE or even sleeping sickness. It can affect horses, hence the term ‘equine’m but ti also affects humans, birds, reptiles and other mammals. This is a zoonotic disease, transferable to humans and very affecting if it does spread.

Eastern and western varieties are more pathogenic and harmful to the three groups of animals it affects. On the other hand, Venezuelan equine encephalitis seems to be divided into various subtypes. They are generally less virulent and only a few affect horses and humans.

The viruses that cause equine encephalitis all belong to the same genus. These viruses are not very resistant in the external environment, so they do not take long to become denatured when outside of an infected body. This is why they will often require a vector to transfer the disease and infect someone else.

These viruses live inside some genera of some mosquitoes which only parasitize wild and domestic birds. In principle, these birds become reservoirs of the disease asymptomatically and do not bite a human or other animal (including horses). The problem lies when temperatures rise in the region where these mosquitoes live. It leads to other mosquito genera appearing which cannot survive in low temperatures. These new mosquitoes do bite birds, but they also affect mammals and other animals, transferring the disease in the process.

Equine encephalitis and its symptoms

The symptoms of equine encephalitis are like any other diseases which cause encephalomyelitis (a general term for inflammation of the brain and spinal cord). Easter equine encephalitis is usually a faster acting and more deadly such disease. The appearance and development of symptoms are:

When the encephalitis has developed to a certain stage, the results are fatal. A horse dying from EEE will lie down, convulse and die.

After observing the symptoms of a horse affected by this virus, a veterinarian should consider different types of infection which affect the central nervous system. To determine if this is specifically an equine encephalitis virus, viral isolation is needed. This requires looking at the variety of cell linings.

Samples are often collected directly from the spinal fluid via a lumbar puncture (sometimes known as a spinal tap). Samples of nerve tissue can also be collected if the animal has already died. Testing a dead animal is important if there is a risk of an equine encephalitis outbreak and prevention methods need to be activated. ELISA tests or RNA amplification by PCR are rapid diagnostic methods commonly used in many laboratories.

There is no specific equine encephalitis treatment. Antibiotics are not effective against viruses and there is no known drug that acts as an antiviral for this disease. In severe cases, palliative and supportive treatment is used. This may include such actions as hospitalization of the horse, respiratory assistance, fluid therapy and prevention of secondary infections.

Equine encephalitis and its vaccine

Since eastern equine encephalitis is untreatable, prevention is the most important in the fight against this disease. Prevention of EEE infection can be found in the following actions:

The correct use of prevention methods greatly reduces the chances of an eastern equine encephalitis epidemic. Instances of the disease are fortunately relatively rare, but there are cases of flare ups from time to time. This could be every 10 years or so, but it will depend on various environmental factors. It is yet to be determined how climate change can affect instances of the disease, but higher temperatures can increase the proliferation of certain mosquito species.

If you want to read similar articles to Eastern Equine Encephalitis - Symptoms, Treatment and Prevention, we recommend you visit our Viral diseases category.

Bibliography
Feline Leukemia Virus - Contagion, Symptoms, Diagnosis And Treatment
Canine Distemper Virus: Symptoms, Treatment and Home Remedies
Canine Distemper Treatment at Home
Rabbit Hemorrhagic Disease - Causes, Symptoms & Treatment
Related categories
Parasitic diseasesDegenerative diseasesHome RemediesMedicineEye problemsHereditary diseases
Most read
1.
Can I Bathe My Dog After Vaccination?
2.
My Dog Is Bleeding from His Penis
3.
My Dog's Poop Starts Solid Then Goes Soft
4.
My Cat Has Liquid Coming From Their Anus
5.
What to Do if My Dog has Something Stuck in his Throat?
6.
My Dog Has Pus Coming From His Penis
7.
Why Does my Dog Have Swollen Breasts?
8.
Myiasis In Dogs - Symptoms, Removal And Treatment
My Cat is FIV Positive - Treatment and Life Expectancy
Peritonitis in Cats
Feline Parvovirus
Feline Coronavirus
Feline Calicivirus
How Long Does a Dog Live with Parvovirus?
How to Treat Herpesvirus in Cat's Eyes - Herpesvirus Infection in Cats
Can Dogs Get the Mumps? 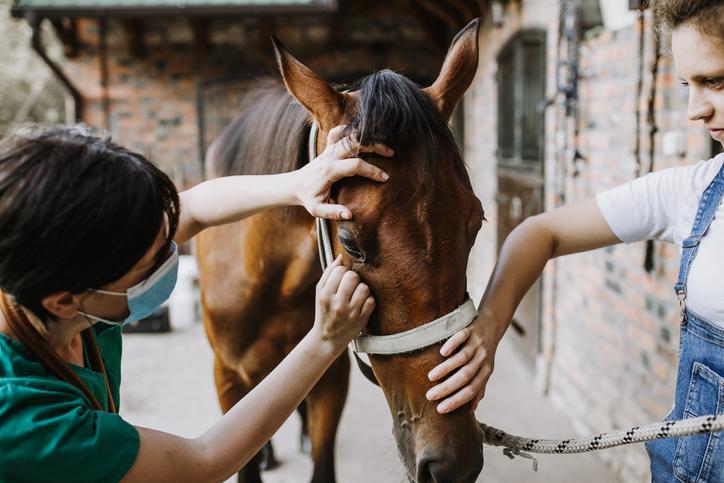 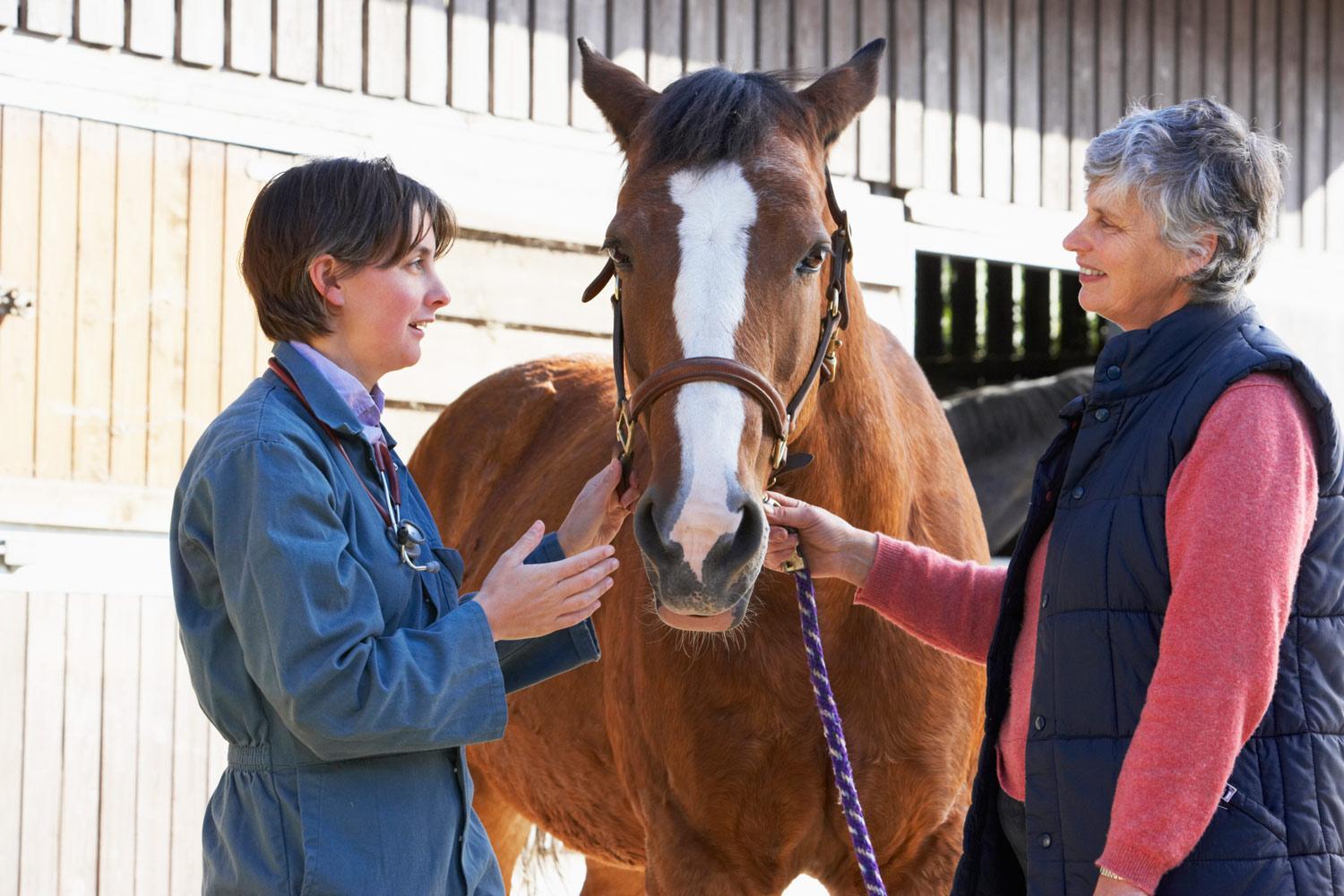 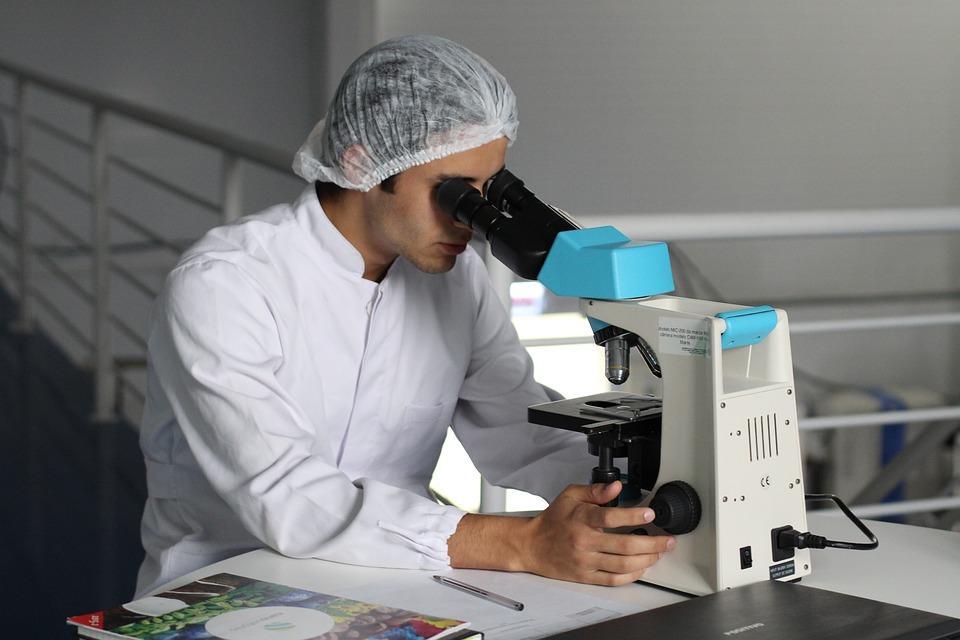 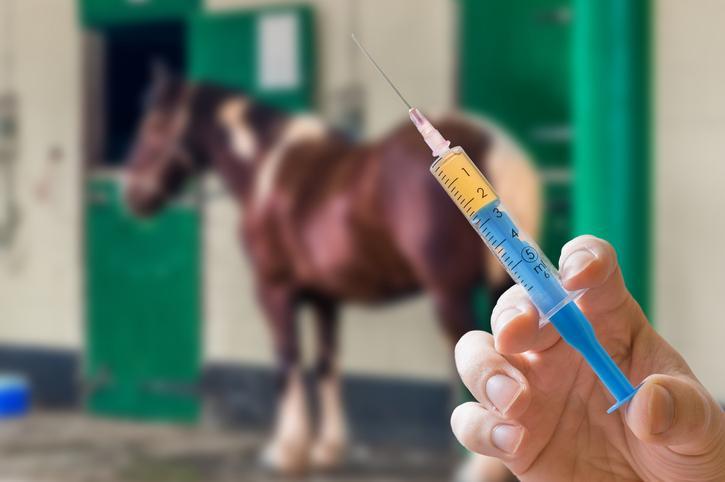 1 of 4
Eastern Equine Encephalitis - Symptoms, Treatment and Prevention
Back to top