Fun and Interesting Facts About Koalas

By Nick A. Romero, Biologist and environmental educator. January 20, 2022

Koalas (Phascolarctos cinereus) can be found on every continent due to their unique and adorable appearance. Its long, stout, tailless body, large head with round, fluffy ears, and spoon-shaped nose make it impossible to miss. Though they appear to be bear-like with their round ears and big, black nose,they do not belong to the Ursidae family, but to the Phascolarctidae. This family only has one genus and one species. In addition, koalas belong to the suborder Vombatiformes, which they share only with wombats.

In this AnimalWised article you will learn more where they live, what do they feed on, and many other fascinating and unique facts about koalas.

The koala is a marsupial, which means that females have a pouch in which the young are protected. The young are born without being fully developed and complete their growth in this pouch. The fetus weighs about 0.5 grams at birth and is introduced into the marsupial pouch after 35 days. A young koala, known as joey, takes its first step out of the pouch at about six or seven months after gestation. After this time, they ride on their mother's back for another six months, only using the pouch to feed and rest.

If you are interested in learning more about marsupials, then do not miss our article on different types of marsupials.

They are endemic to Australia

Koalas are arguably Australia's most famous animal. Although endemic to Australia, these peculiar mammals are now confined mainly to northeastern, central, and southeastern Queensland, with a minor distribution in western Australia. In addition to eastern New Wales, Victoria, and southern southeast, they are also found on at least 12 nearby islands.

For more information about the koala's habitat, keep reading our article on where do koalas live?

Their seize and weight varies a lot

They have opposable fingers and fingerprints

Koalas have five fingers on their forelegs, but the first two are movable, an adaptation that helps them climb, hold firmly onto the branches and to grip their food. The toes on the hind limbs are short and widened, while the toes on the second and third limbs are fused. They also have sharp claws.

Koalas also have limbs that resemble those of humans. One of the most intriguing feature of koalas is that, like us humans, they have fingerprints. These are different from ours, but we share one interesting characteristic: they are all different from one another.

They have a good sense of hearing and smell

Koalas have poor eyesight, but considering their daily life, this is not as important as their other senses, which are well developed. They hear very well, which helps them detect predators and other koalas. Thanks to this sense, they are able to interact and socialize, especially for reproductive purposes. The koala's large black nose is extremely well developed, giving it a keen sense of smell that helps it track down other koalas and find its favorite food trees.

Their name means "without water"

The koala takes its name from the Australian Aboriginal word gula, which means without water. For a time it was thought that these marsupials did not need water because they were rarely seen drinking. However, this theory has proven to be incorrect. They do take most of the water they need from the plants they consume, but they do need to drink water sometimes, especially during the summer.

Their diet is based on toxic plants

These herbivorous animals feed mainly on some species of eucalyptus plants. Eucalyptus leaves are toxic to most animals, but koalas have evolved anatomical and physiological adaptations that allow them to eat these leaves unharmed. They manage to do this partly because their teeth grind the food well, and partly because they have a unique fiber digestive organ. This organ is called the caecum and it helps koalas to detoxify the chemicals in the leaves. Because these plants are low in nutrients, koalas must eat between 1 and 2 pounds of food per day to gain the energy they need to function properly. However, koalas can also be quite picky, since they eat less than 50 of the more than 700 species of eucalyptus. Additionally, they often choose the leaves in the tops of the tallest trees because they contain more liquid and nutrients.

They sleep almost all day

There is no truth to the rumor that koalas get high on eucalyptus leaves. Koalas have a slower metabolism than most mammals because they need to conserve energy, which is due to the nutrient-poor diet they feed on. As a consequence, koalas must reduce their daily activities to maintain their energy levels, which is why they sleep between 18 and 20 hours per day.

If you are curious about animals that love sleeping, then do not miss our article on 15 animals that sleep a lot.

They have a small brain

Compared to other marsupials and considering their body and head size, koalas have small brains. It weighs an average of only 0.68 ounces, and it is a 60% smaller than that of a typical diprotodont. Its surface is quite smooth, typical of a "primitive" animal, as wrinkles in the brain are associated with intelligence. It is thought that the reason for their small brain has to do with their poor diet, as a more complex brain would require more energy.

They suffer from Chlamydia

The bacterial infection Chlamydia commonly affects koalas, although it is not the same strain of Chlamydia that affects humans. These animals usually carry the infection but are not affected by the disease. However, due to increasing stress from climate change, fires, and urbanization, their immune systems are weakened. As a result, chlamydia has become more common and in some cases has led to infertility and blindness.

They are classified as vulnerable

According to the International Union for the Conservation of Nature, the koala is threatened with extinction and its numbers are declining rapidly. This is due to many factors, including habitat change, recurring fires, disease, and severe drought. As their trees disappear, koalas are forced to spend more time on the ground searching for food and shelter. Unfortunately, this is the time when they are most likely to be hit by vehicles, attacked by dogs, or contract stress-related diseases such as chlamydia.

If you want to read similar articles to Fun and Interesting Facts About Koalas, we recommend you visit our Facts about the animal kingdom category.

Fun and Interesting Facts About Koalas 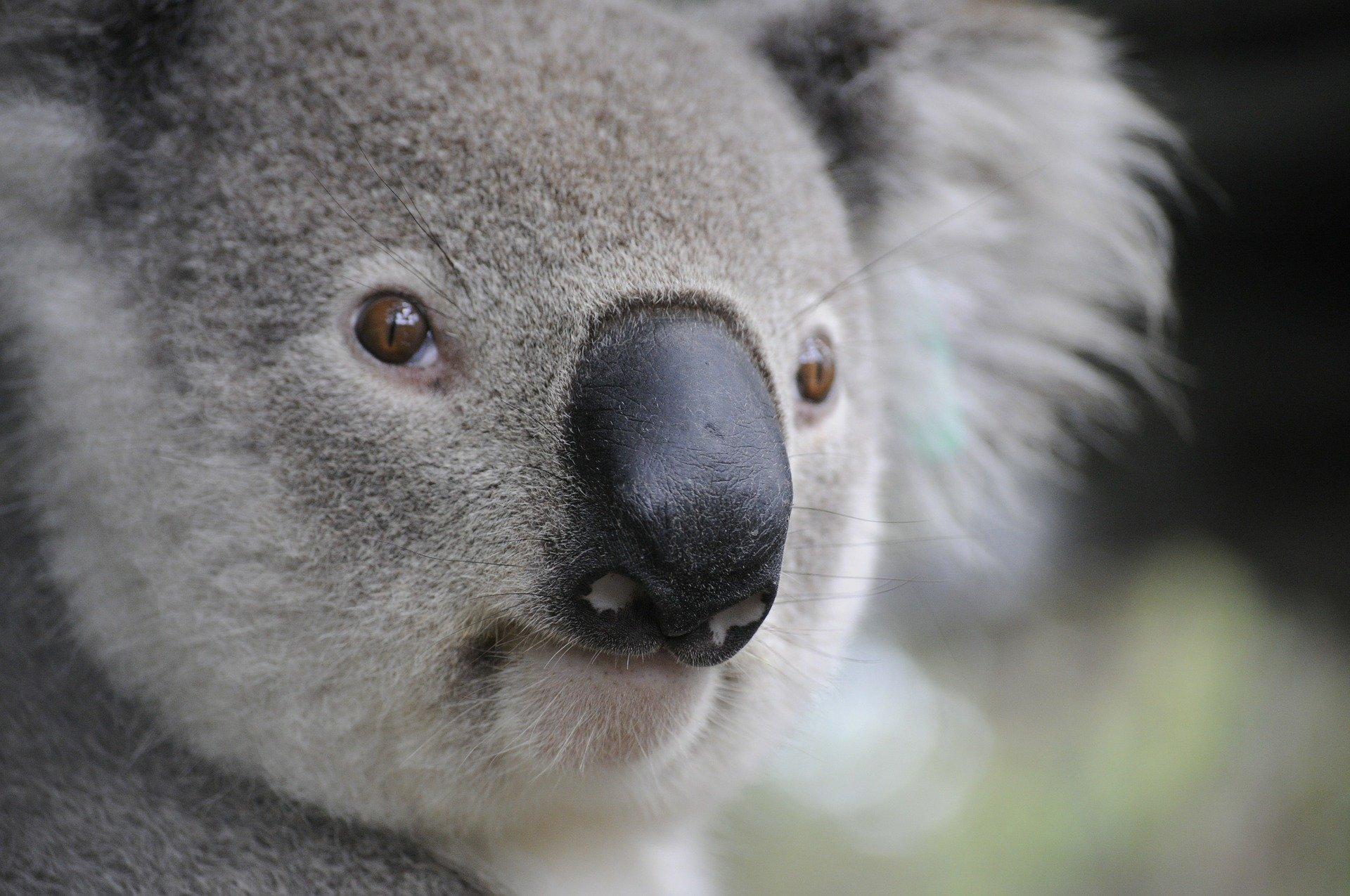 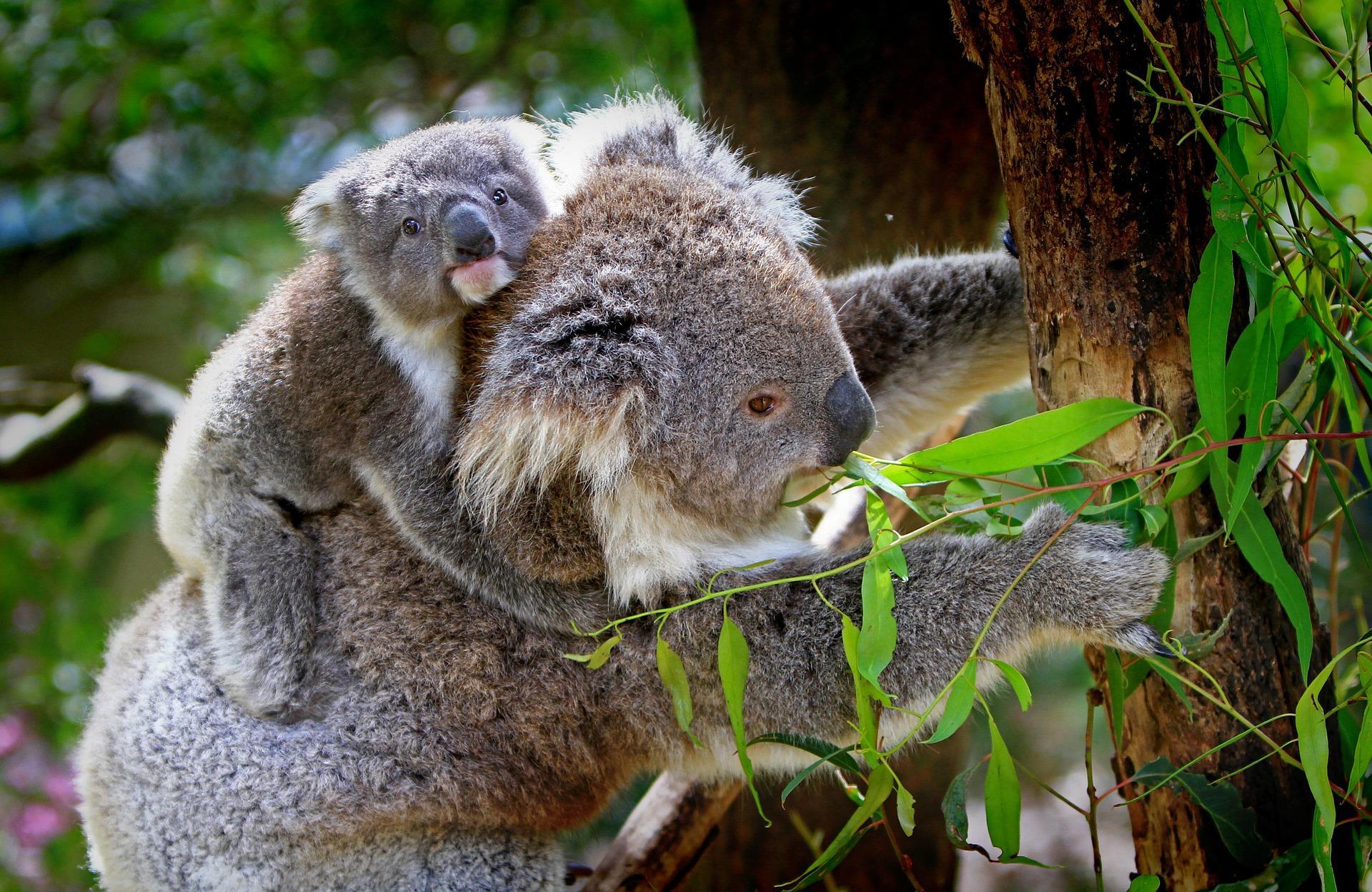 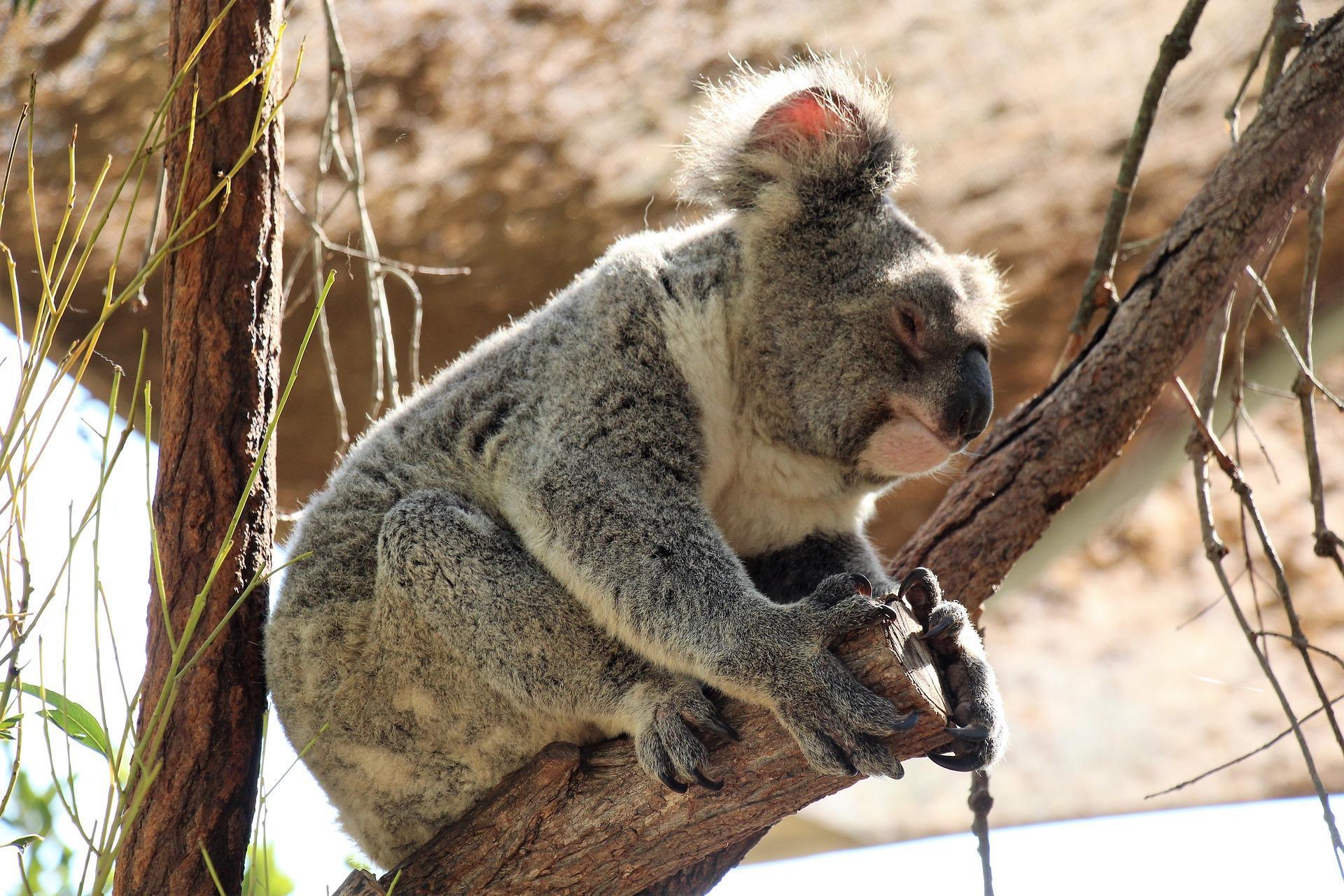 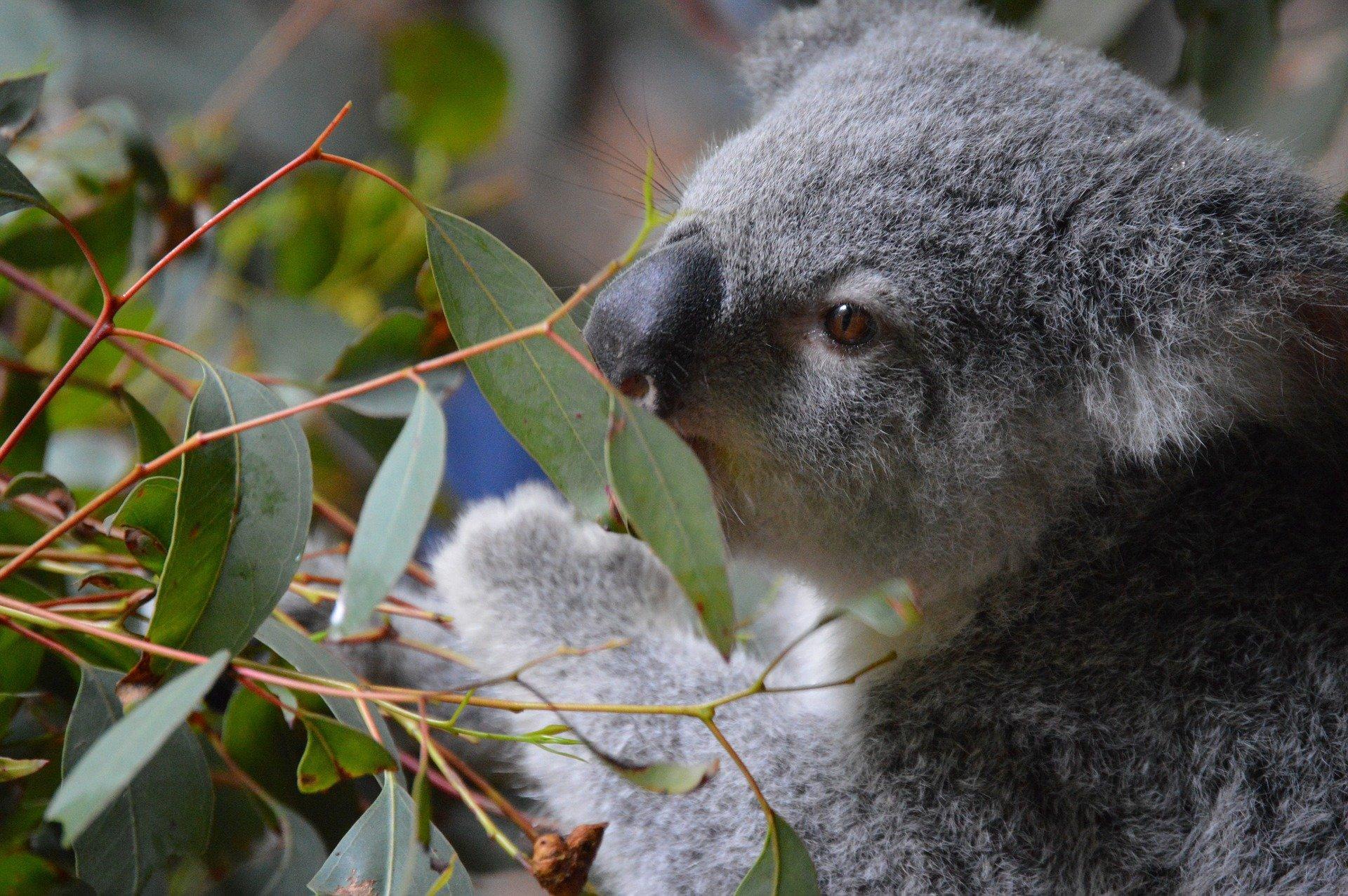 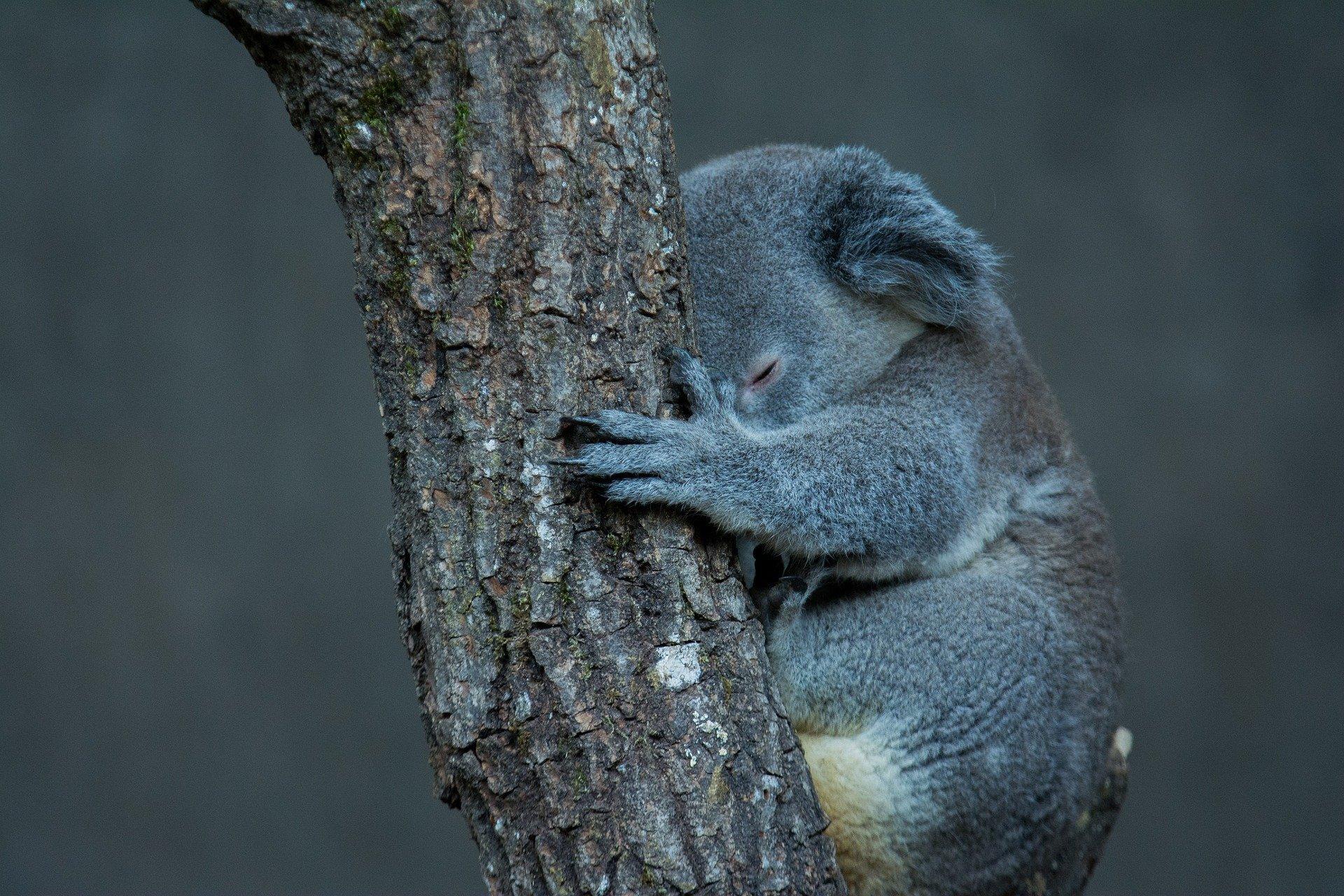 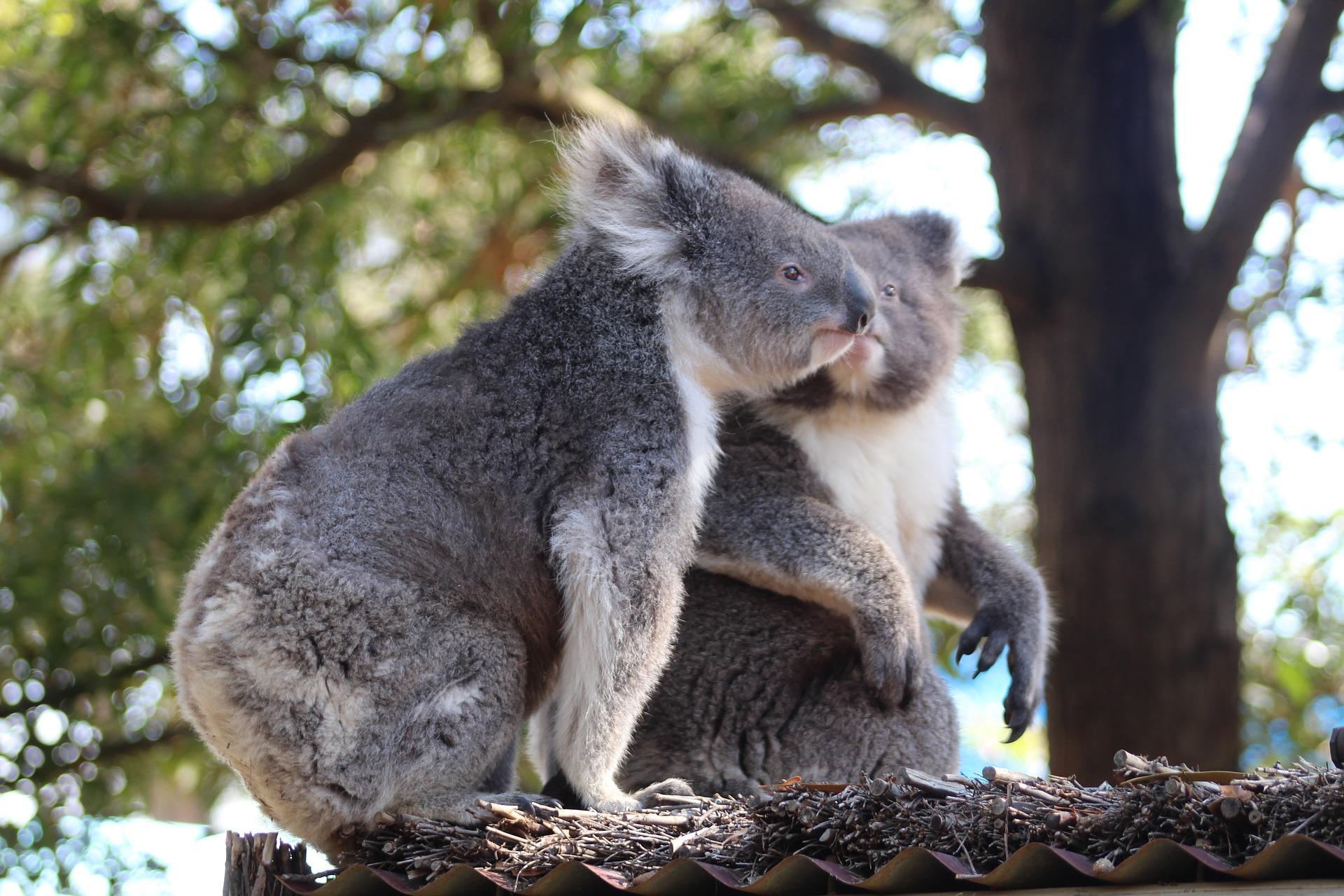