The guinea pig or pet guinea pig (Cavia porcellus), also known as the cavy, is a small rodent native to South America. It was originally domesticated as a livestock animal for meat production and is still consumed in some parts of the world. In Western society, the guinea pig has enjoyed great popularity as a pet since its introduction to Europe and North America. Even though guinea pigs are small, they have very specific needs and complex personalities, so prospective owners should learn more about them before getting one.

In the following AnimalWised article, you will learn some of the most interesting facts about guinea pigs.

You may also be interested in: 10 Fun Facts About Dolphins
Contents

Guinea pigs were domesticated 5000 years ago

The modern guinea pig originated in South America, particularly in the Andes, and is a descendant of Cavia cutleri. These small rodents were domesticated as early as 5,000 years before Christ. However, they were initially used for meat production rather than as pets.

In addition to being used as food, guinea pigs were also used in religious ceremonies and to diagnose diseases. Guinea pigs also had religious significance. Some civilizations in northern Peru worshipped them and often incorporated them into their artwork or erected statues to them. The Incas, on the other hand, sacrificed them to their gods.

These rodents were introduced to Europe about 400 years ago when trade with Europe really took off. Guinea pigs became popular imports, usually as pets rather than food. Originally introduced to Europe by the Spanish Conquistadors, they were very popular as exotic pets, especially among the wealthy and members of royal courts. In fact, Queen Elizabeth I of England was one of the first European fans of guinea pigs.

It cannot be overstated how important it is for guinea pigs to live in stable social guinea pig groups. In the wild, they usually form families of more than 10 guinea pigs, consisting of several females and one or two males. There is ample evidence that social interaction with other compatible guinea pigs is beneficial to their health and well-being, and that a lack of this interaction is stressful and harmful.

It is critical that guinea pigs are socialized early in their lives so that they develop the social skills they need to function well in guinea pig social structures.

In fact, once guinea pigs have established social bonds, these guinea pigs should not be separated if possible. In the event that a guinea pig needs veterinary treatment, it should be kept with a member of its group in order to reduce its stress and help it cope better.

The gestation period of guinea pigs is relatively long (it ranges from 58 to 75 days). This means that guinea pigs, unlike other rodents, are born highly developed, with open eyes, hairy and with erupted teeth. At birth, a guinea pig will generally measure around 8-10 cm (3-4 inches). Also, although they have a lactation period like all mammals, they begin eating solid food a few days after birth. All these characteristics help to protect the young from attacks by predators.

Another fun fact about guinea pigs is that they grow very fast. In the first few weeks of their life, they can gain up to 50 grams per week, which is really remarkable considering how small these animals are.

Guinea pigs double in size to 6-8 inches (15-20 cm) after only 8 weeks. After that, their growth slows down a bit, but they still grow significantly larger in a relatively short period of time, reaching about 8-10 inches (20-25 cm) after 16 weeks.

Guinea pigs have a good memory

Guinea pigs have short and long term memory. They have the ability to memorize the environment in which they live and map it in their memory. As a result, although they do not have strong night vision, they can find their way through their enclosure with great precision, even at night.

Guinea pigs are also able to remember important information over a long period of time. If something has an emotional connection, they will remember it for a long time. This also applies to their relationship with their owners and cage mates.

The emotional resonance here also means protection and a sense of security. Guinea pigs are very impulsive when it comes to survival. Once they have been head-to-head with danger or harm, they will remember it and try to avoid it in the future.

For this reason, guinea pigs are able to form close bonds with their owners. If you want to learn more about this, do not miss this other article, where we discuss the question of whether guinea pigs recognize their owners.

Guinea pigs can sleep with their eyes open

Although they have movable eyelids that allow them to close their eyes, many guinea pigs sleep with their eyes open. Some do this regularly, others only sporadically. This is nothing more than a defense mechanism they have developed to be able to act quickly in any dangerous situation, even when they are asleep.

Contrary to what most people think, guinea pigs have 20 teeth. They also have an open root dentition that causes their teeth to grow continuously throughout their lives. Under normal conditions, erosion, and eruption of teeth balance each other out, allowing these rodents to keep their teeth in perfect condition. However, if guinea pigs are not fed an abrasive diet (such as hay) that gradually wears down their teeth, overgrowth occurs, leading to dental disease.

Also, guinea pigs need constant care to prevent their teeth from becoming too long and causing them to have difficulty eating. If the teeth become too long, your guinea pig will not be able to get food into its mouth, which can lead to starvation.

Like humans, primates, and some bat species, guinea pigs are unable to produce vitamin C on their own because they lack the enzyme L-gluconolactone oxidase, which is required for the synthesis of this vitamin. Without sufficient vitamin C in their diet, guinea pigs can become severely ill with scurvy.

For this reason, it is important to provide these animals with a diet rich in vitamin C to meet their needs. Most guinea pigs probably need about 10-20 mg/day. Pregnant, lactating, young and sick guinea pigs need more.

If you feed a good variety of vegetables high in vitamin C along with a good, fresh guinea pig pellet, you can probably meet the vitamin C requires of the average guinea pig. You can also give vitamin C in the form of vitamin C tablets.

Read this other article where we discuss the importance of vitamin C for guinea pigs, how to incorporate it into their diet, and how to recognize when they need to increase their vitamin C intake.

Guinea pigs eat their own feces

Another curious fact about guinea pigs is that they are coprophagous, which means that they regularly ingest their feces.

Guinea pigs actually excrete two different types of pellets, although most of us refer to both types simply as "poop." One type of pellet is normal poop, which is the waste material that their bodies no longer need. The other pellet, on the other hand, is packed with nutrients that their bodies have not absorbed.

This may seem like an unsanitary practice, but it actually helps them absorb vitamins, minerals, and proteins better. Animals like guinea pigs, hamsters, chinchillas, and rabbits cannot properly chew or digest the fibrous food they primarily eat. The result is pellets that are still full of vital vitamins and minerals that your guinea pig will have to eat again to benefit from.

Guinea pigs have a strong tendency to obesity

Obesity is one of the most common diseases in these rodents. Overweight guinea pigs may have fat deposits on their shoulders, legs, and groin area. They may also accumulate fat deposits around their internal organs, including the heart, which can cause serious health problems. If your guinea pig is overweight, it will become unfit and less able to exercise.

Therefore, it is advisable to monitor your guinea pig's weight weekly and provide it with a balanced diet that includes forage, greens, and fresh food in appropriate proportions. As a guideline, your daily ration should consist of the following:

If you want to know more about what kind of food you can give your guinea pig and which ones are better to avoid, continue reading this other article about forbidden foods for guinea pigs. 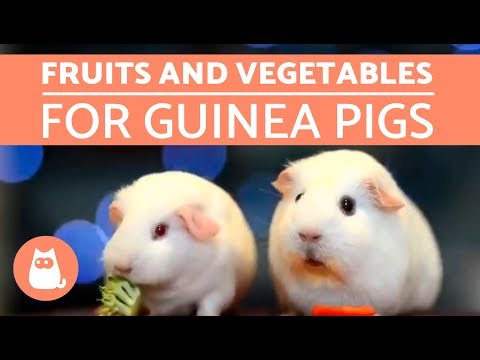 Guinea pigs have sensitive hearing and good eyesight. The ear of guinea pigs is capable of perceiving frequencies between 12 and 60,000 Hz, while the human ear only perceives frequencies between 20 and 20,000 Hz. Because of their highly sensitive hearing, they are able to perceive both the audible and ultrasonic spectrum. For this reason, it is important to avoid loud noises in households with guinea pigs, as they can cause great stress.

Compared to other mammals, guinea pigs also have good eyesight. They are even able to perceive colors better than cats or dogs. They have a 340º angle of vision, which means they have an alost complete field of vision with only two blind spots (one in front and one behind).

If you would like to learn more about how guinea pigs see, continue reading this other article about guinea pig vision.

Aside from the fun facts we discussed in the previous sections, there are other interesting facts about guinea pigs that you might have not heard of.

If you want to learn more about guinea pigs and how best to care for them, continue reading this other article on guinea pig life expectancy.

If you want to read similar articles to Fun Facts About Guinea Pigs, we recommend you visit our Facts about the animal kingdom category. 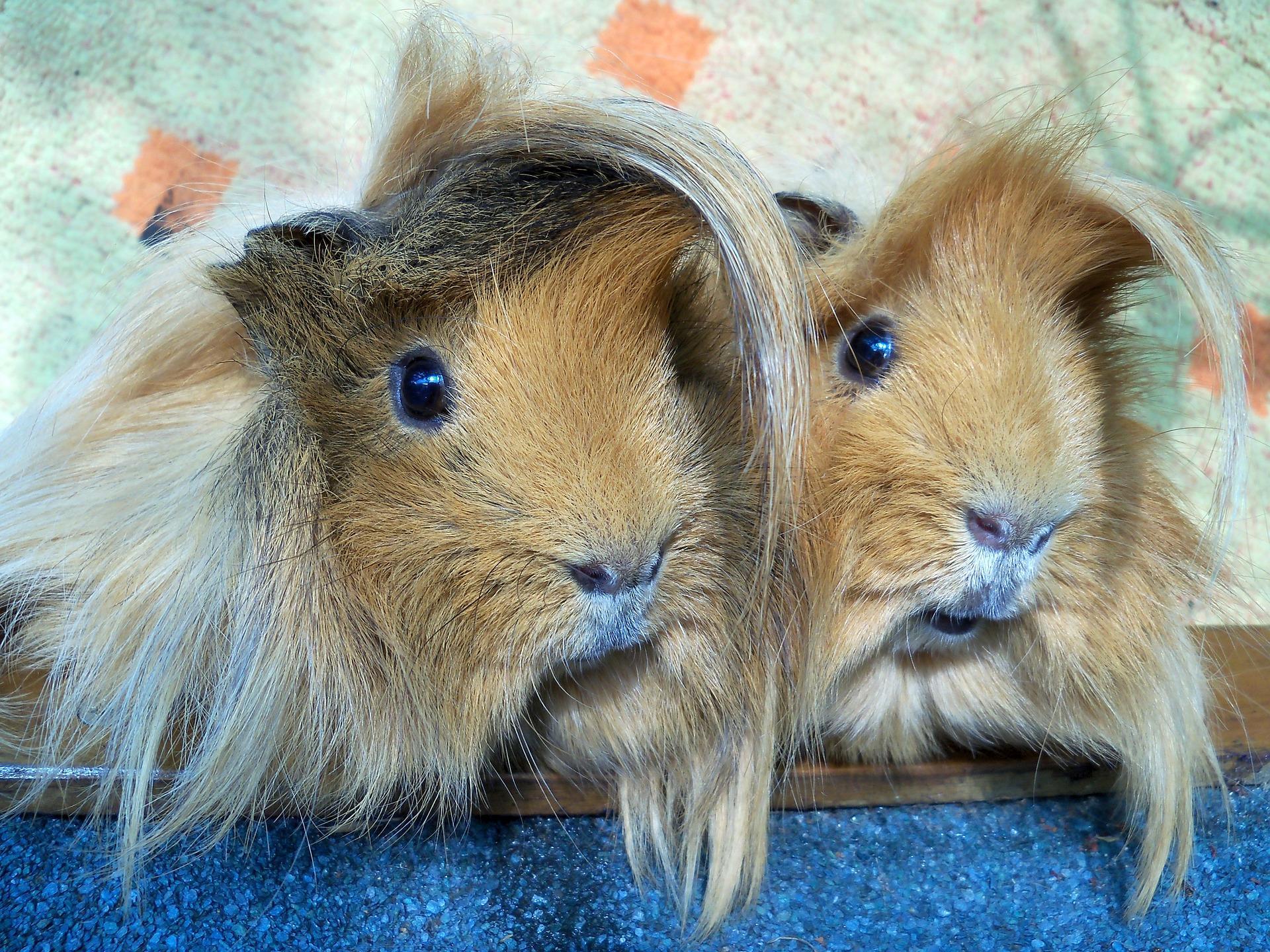 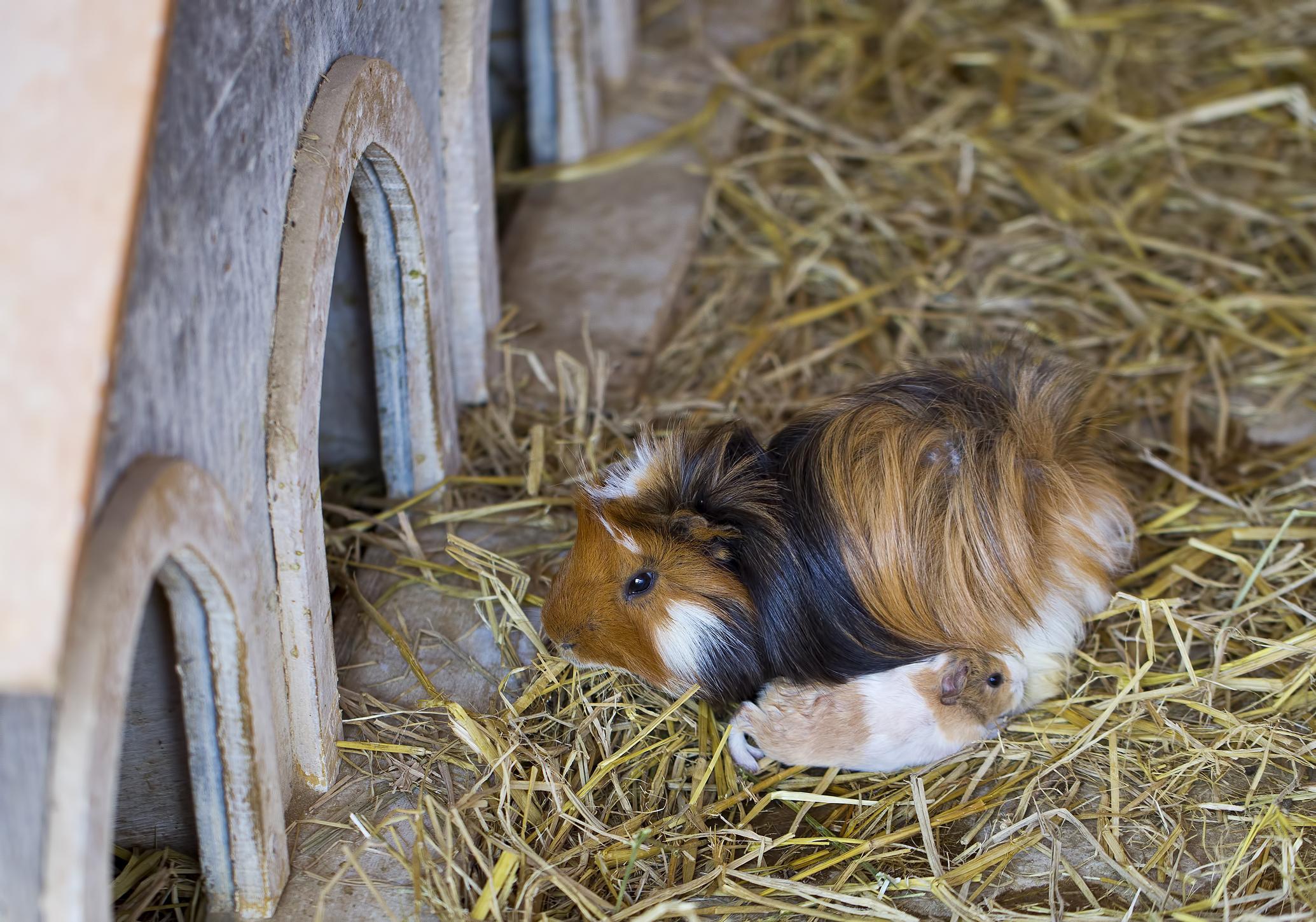 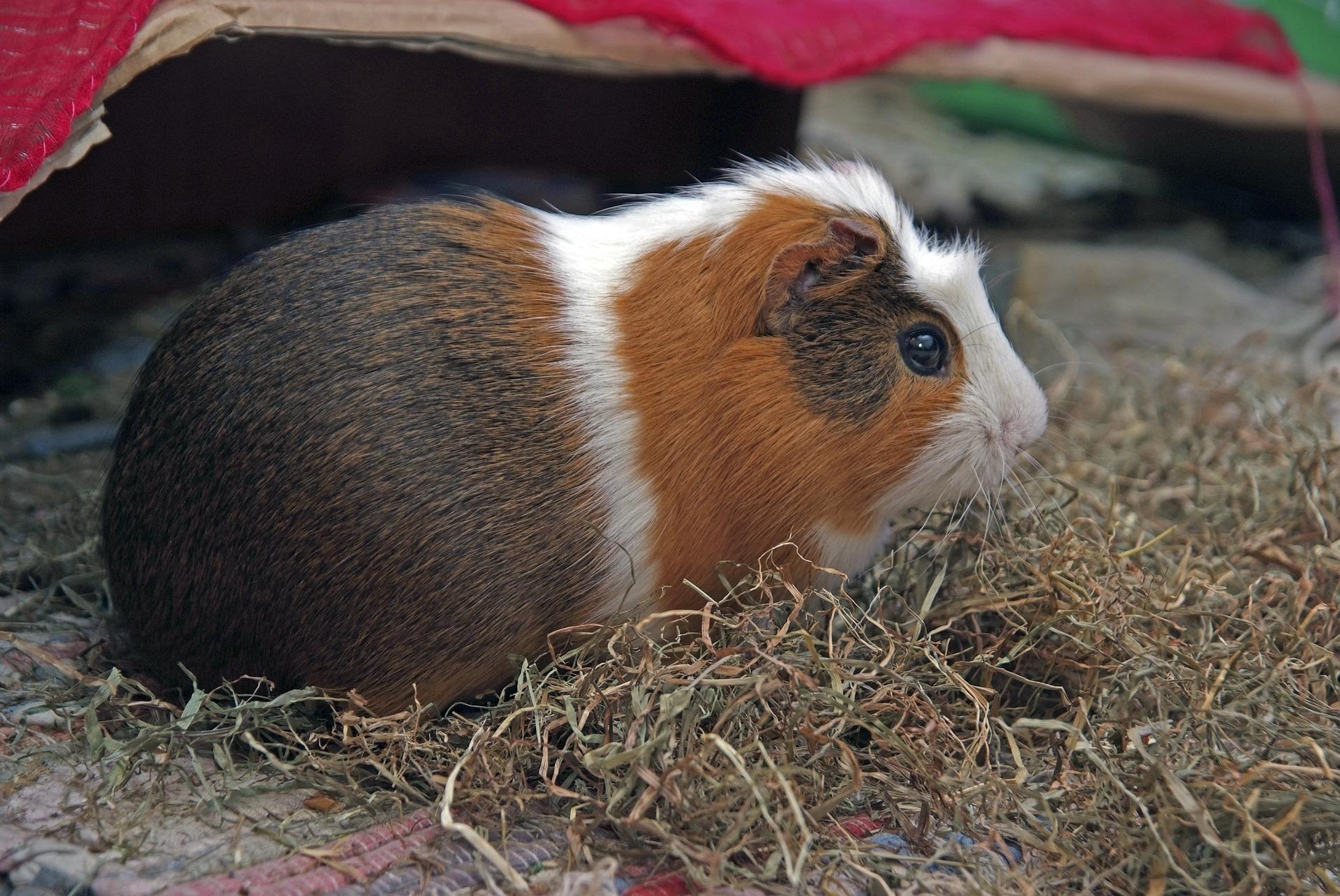 1 of 3
Fun Facts About Guinea Pigs
Back to top