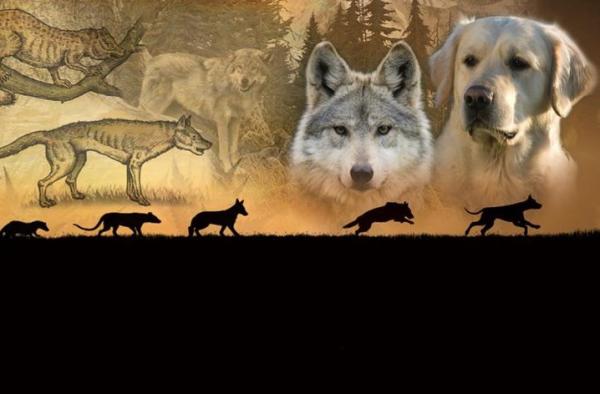 The origins of the domestic dog have long been a controversial subject with much false information and the proliferation of certain unhelpful myths. These myths haven't necessarily been spread maliciously. Much of the confusion lies in the limits of scientific research into the topic. Although there are still doubts yet to be solved, there is evidence which can better help us understand the genealogical history of this excellent companion animal and shed some light on the history of the domestication of the dog.

If you have ever wondered where it is that the domestic dog comes from, AnimalWised sets out to discover this fascinating history. We will look at the Canis lupis familiaris and the genetic ancestry of dogs, starting with the first canines and ending with the varied amounts of dog present today. These origins will help us to understand some of our dog's behavior and continue to strengthen the bond between these animals and their human counterparts.

You may also be interested in: What is the Origin of the Bengal Cat?
Contents

The first fossil record of a carnivorous mammal dates back 50 million years, in the Eocene period. This first animal was thought to be arboreal and fed by lurking and hunting other animals which were smaller than them. It was similar to a marten, but with a shorter snout. Soon (relatively speaking in evolutionary terms) they were divided into two main groups:

Separation into caniforms and feliforms

These two groups are distinguished by two main factors; the internal structure of the ear and their dentition (tooth formation). The separation of these two groups was facilitated by the diversification of habitats. With the cooling of the planet much of the density of forest area was lost and was replaced by meadows. During this time, the feliforms tended to remain in the trees and caniforms began to pursue their prey through the plains. Most caniforms, with few exceptions, do not have the retractable claws which are used for climbing trees.

From what animal to dogs originally descend?

To understand the origin of the domestic dog, we must first go back to the canids which appeared in North America. The first known canid is the Prohysperocyon which 40 millions years ago inhabited the area presently located in the US state of Texas. It was about the size of a raccoon, but more slender and had longer legs then their arboreal ancestors.

The largest recognized canid was the Epicyon. It is unknown whether they were lone scavengers or hunting in packs like wolves. They had a very robust head, although it was more akin to a lion or hyena than a wolf. They remained confined in present day North America and date back from 20 to 5 million years ago. They could reach a meter and half in length (around 60") and were about 150 kg in weight (about 330 lbs).

The origin of wolves, dogs and other canids

25 millions years ago, in North America, the canid group was divided, resulting in the oldest relatives of wolves, raccoons and jackals. With the continuous cooling of the planet 8 million years ago, the land bridge over the Bering Strait was formed. This allowed animal groups to reach Eurasia where they would reach their greatest degree of diversification. In Eurasia the first Canis Lupis made its appearance. Between barely half and a quarter millions years ago, they returned to North America via the Bering Strait.

Dogs the domestic dog descend from the wolf?

In 1871, Charles Darwin introduced the theory of multiple ancestors in his book The Descent of Man. He proposed that dogs descended from coyotes, wolves and jackals. However, in 1954 Conrad Lorenz dismissed the notion as the coyote being the origin of the dog and proposed that Nordic dog breeds descended from the wolf, other descending from the jackal.

So, does the dog descend from the wolf? DNA sequencing claimed that the dog, wolf, coyote and jackal share the same DNA sequences and that the two of these most similar are the dog and wolf. A study published in 2014 assures that the dog and wolf belong to the same species, but are different subspecies within it[1]. Some arguments are made that the domestic dog and current wolves have an ancestor in common, but it is yet unverified.

A 2017 study, however, claims that current domestic dogs came from a single domestication event somewhere between 20,000 and 40,000 years ago[2]. This study contradicts another from only a year prior which posited two separate domestication events in two separate geographical locations[3]. They both, however, affirm that dogs are indeed descended from an extinct species of grey wolf. What these two studies show us is that no one can as of yet make a 100% verifiable claim as there are still gaps in the research and further study is required.

The first encounters with humans

If we put ourselves in the situation 200,000 years ago when the first humans left Africa and came to Europe, the canids were already there. They lived as competitors for a long time until they started their association around 30,000 years ago.

Some genetic studies first date the dog to 15,000 years ago in the part of Asia which currently covered by China and it coincided with the beginnings of agriculture. A study from 2013 at the Swedish University of Upsala affirms that the dog was linked to genetic differences between the wolf and dog in terms of their ability to metabolize starch and the development of their nervous system[4].

When the first farmers, who produced highly energetic foods rich in starch were established, opportunistic canids approached human settlements and scavenged plant waste which was rich in starch. These first dogs were thought to be less aggressive than wolves which helped to facilitate this investigation. The theory continues that the consumption of starch caused genetic variations which made their survival on an only carnivorous diet impossible.

However, with the onset of the studies mentioned above, this theory is put into question, although not dispelled. What is agreed upon is that a symbiosis between humans and dogs was created which would culminate in the complete domestication of dogs.

The origin of the domestic dog

The theory put forward by Coppinger claims that 15,000 years ago canids approached human settlements for food. The more docile and trusting specimens were more likely to access food than those who were distrustful of humans. The result may have been more sociable animals having greater access to resources which would lead to greater chances of survival and creating new generations of docile dogs. This theory rules out that man was the first to approach dogs with the explicit intention of taming them. The changes to the timeline of domestication (that it occurred between 5 and 25 thousand years earlier) doesn't necessary negate this theory.

The origin of different dog breeds

We currently know more than 300 dog breeds, some, not all, of which are standardized. This is partly due to the fact that at the end of the 19th century, the theory of Eugenics began to develop in Victorian England. This is a set of beliefs and practices which aims to use genetics to ‘perfect’ a species.

Each breed has certain morphological characteristics which make it unique and there are breeders who, throughout history, have combined behavioral and temperamental traits to develop new breeds which could provide humans with specific utilities such as for work or hunting purposes. A genetic study of more than 161 breeds points to the Basenji as the world's oldest domestic dog. This suggests that all dog breeds as we know today are said to be developed from this breed.

Eugenics, fashion and changes in standards have led to beauty being the determining factor in breeding dogs. In doing so, however, they leave aside the consequences of well-being, health and character changes. Many of them for the worse, especially if we look at snub nosed dogs which have significant breathing problems.

If you have heard of eugenics before, you will likely known that it has a bad reputation as it essentially wants to create a ‘pure’ race when it comes to humans. This was perhaps best exemplified by the German Nazi regime. When applied to dogs, most breeders work off a system which otherwise has been refuted by geneticists. Inter-breeding helps strengthen the genetics of dogs whereas inbreeding can often raise many genetic problems. As we have discussed the genetic ancestry of dogs, it will be interesting to see what their genetic future might be.

If you want to read similar articles to Genetic Ancestry of Dogs, we recommend you visit our Facts about the animal kingdom category.

Dog Breeds that Look like Wolves
Life Expectancy of Boxer Dogs
Is My Dog Albino? Characteristics of Albino Dogs
Different Types of Wolves and Their Characteristics
Related categories
Endangered animals
Most read
1.
What Animal am I According to my Zodiac Sign?
2.
What Does It Mean When a Cat Shows Up at My Door
3.
The 10 Most Solitary Animals in the World
4.
Differences Between Crows, Ravens and Rooks
5.
How Many Types of Lions Are There?
6.
10 Smells that Attract Cats
7.
Animals With Scales - A Full List
8.
10 Most Beautiful Animals in the World
Types of Animal Reproduction
10 Things Cats are Scared Of
Body Language Signs of a Happy Dog
Types of Gorillas
Is it Legal to Own a Wolf-Dog? Find out Everything about this Hybrid
Examples of Regeneration in Animals
What Is The 5 Kingdom System Of Classification?
Examples of Sexual Dimorphism in Animals 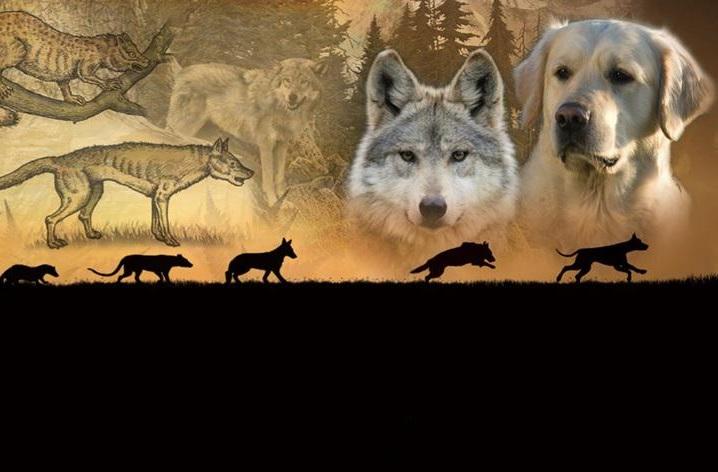 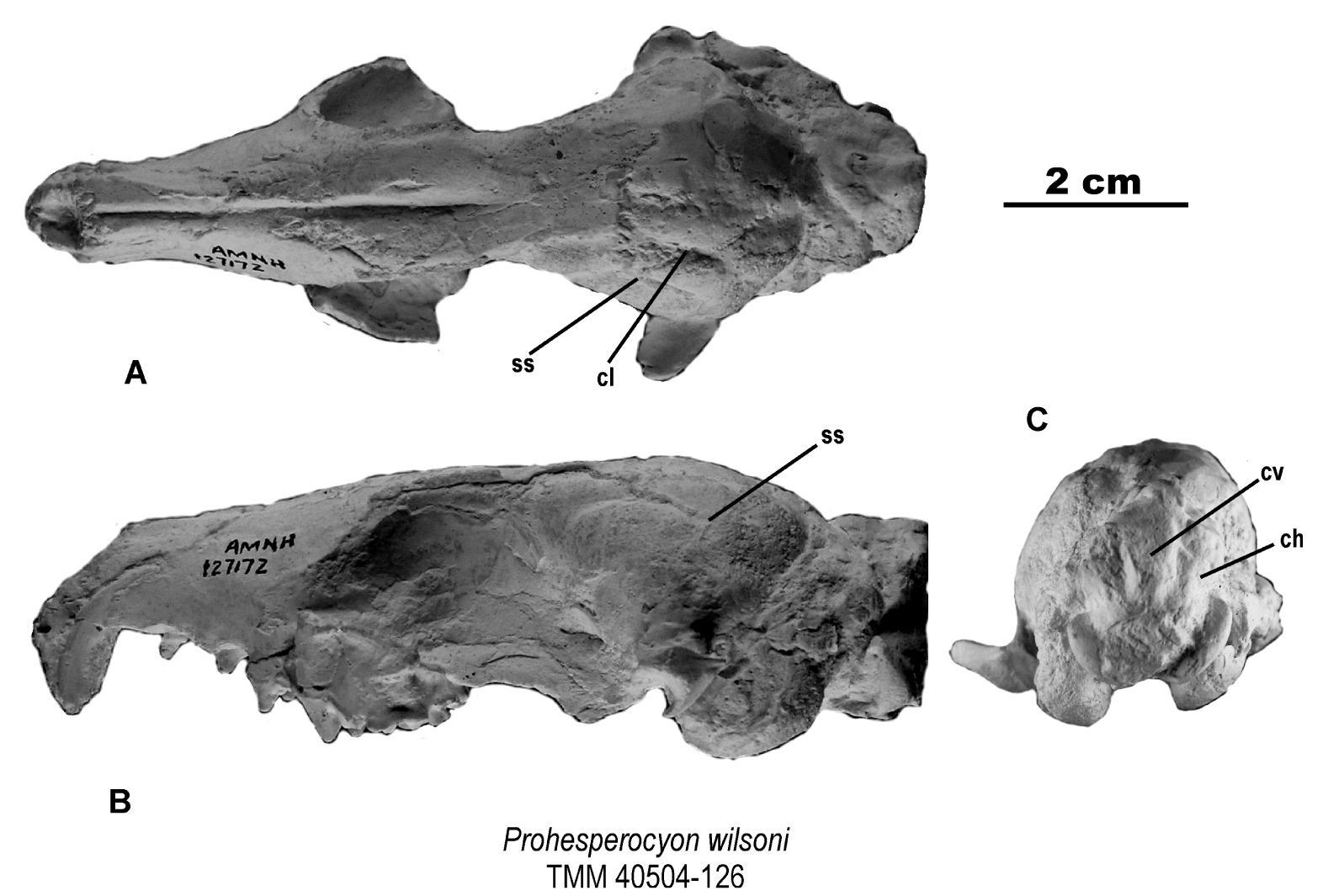 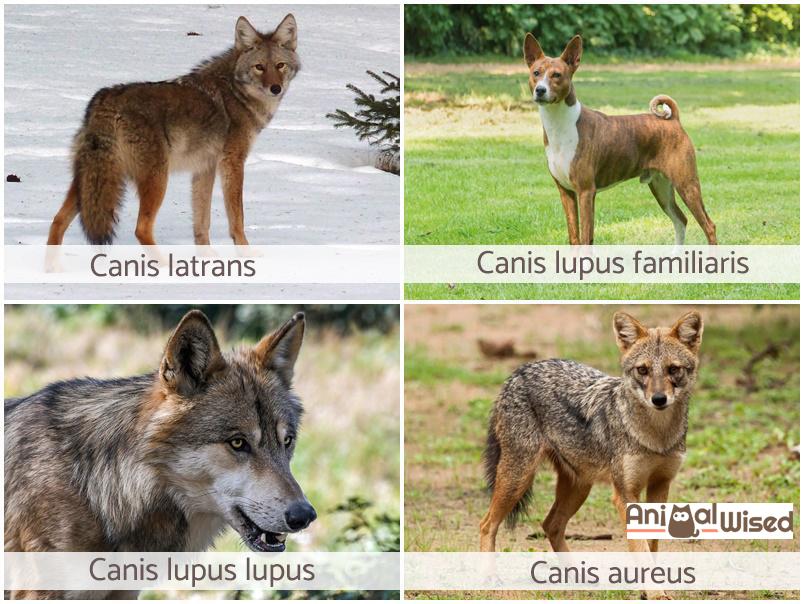 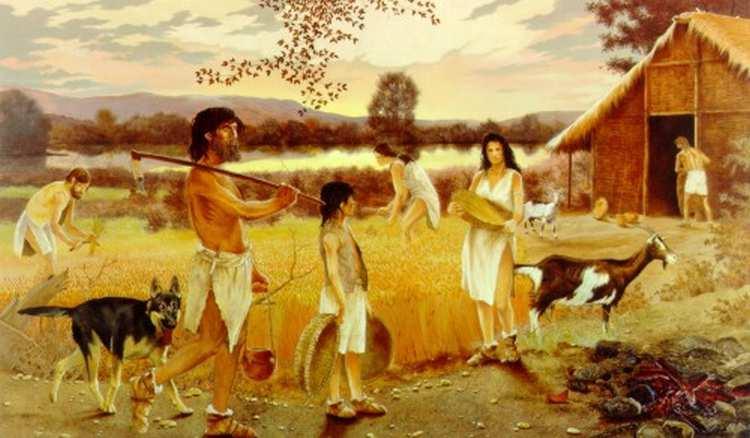 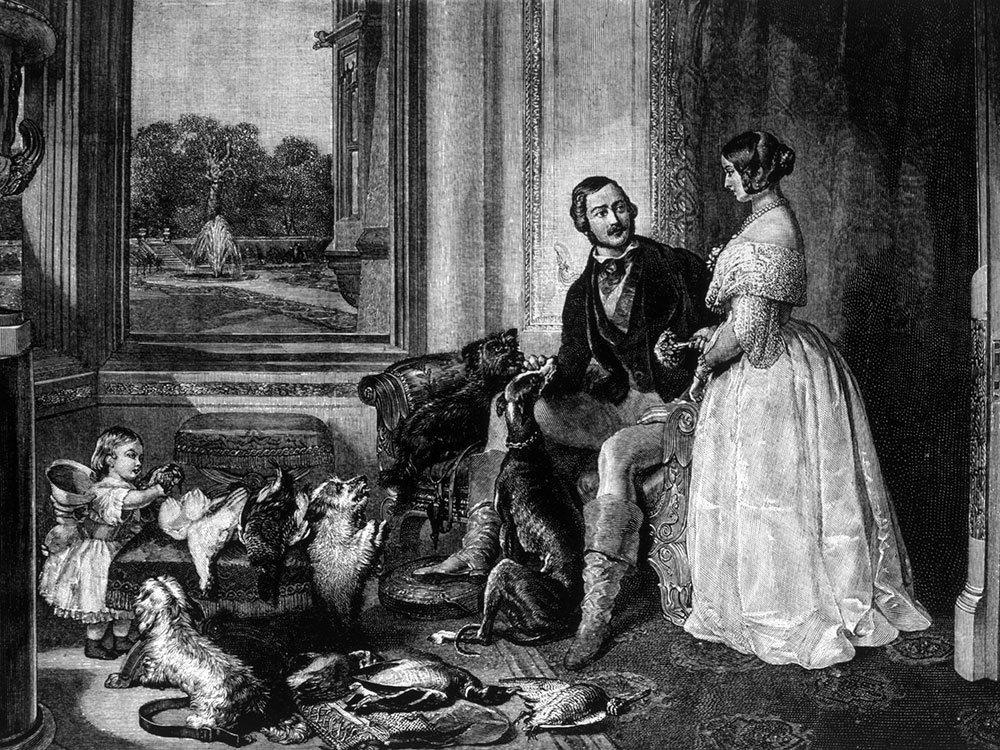 1 of 5
Genetic Ancestry of Dogs
Back to top