Guinea Pig Sounds and Their Meaning

Did you know that guinea pigs are capable of making a variety of different sounds? Although these rodents appear to be calm and quiet, they have a very distinctive language that they use to communicate and exchange information with other individuals, regardless of species. The different sounds your guinea pig makes express their feelings, needs, and desires. As a pet guardian, it is imperative that you learn to interpret these sounds in order to improve your relationship with your guinea pig.

You may also be interested in: Signs Your Guinea Pig Is Happy
Contents

If you have a guinea pig at home, this is probably the sound you hear most often. It is a series of high-pitched and constant beeps or screeches that the animal makes repeatedly and at a high volume. Usually, guinea pigs use these sounds to attract your attention. You may hear your guinea pig squeal when it hears or sees you coming home after some time apart, when it wants to play with you or be cuddled, or when it is hungry.

How often a guinea pig makes this sounds depends on the individual. Some guinea pigs will do it incessantly when they hear a bag crackle, while others may do it once or twice a day when it's time for breakfast or supper.

To find out what exactly your guinea pig wants, you need to pay attention to the context in which the sound is produced. If the screeching is higher, faster, or louder than usual, it's very likely that your guinea pig is scared or in pain.

If you suspect that your guinea pig might be sad, do not miss this other article, where we explain how to identify and help a sad guinea pig.

This is another of the most common guinea pig sounds. When in a group and not feeling threatened, guinea pigs tend to emit the same type of high-pitched screech as in the previous case, but with less intensity and faster. It is believed that this sound is an expression of calm and well-being between conspecifics.

It is also common for guinea pigs to make this sound when they leave their cage to explore a new room or run freely through the corners of the house, whether they are alone or accompanied.

Although purring is exclusive to cats, guinea pigs make a similar sound, a sort of growl, accompanied by a slight vibration of the body. The purring has different meanings, depending on the pitch of the sound and the body language associated with it.

Guinea pigs that are content and comfortable emit a low-pitched purr accompanied by a relaxed, calm posture. However, if the purring is higher pitched, especially towards the end of the purring, it is more of a sound of annoyance.

A guinea pig making this sound is tense and even seems to be vibrating. A short purr, sometimes called a "durr", may indicate fear or uncertainty and is usually accompanied by a motionless guinea pig.

If your guinea pig starts grinding its teeth and moving its lower jaw rapidly, there is no doubt that it is angry about something.

Usually they make this noise when they are in their territory with another guinea pig that they do not know or do not have a good relationship with. However, they may also grind their teeth when you do something that disturbs them, such as picking them up, brushing their hair, bathing them, or moving them from one place to another.

If the threat continues, the guinea pig is likely to start hissing, opening its mouth and baring its teeth, much like cats do when they are angry. In short, both teeth grinding and whistling can be considered threat signals that the animal is using to ask to be left alone and avoid conflict.

One of the strangest sounds made by guinea pigs, which in turn is less common, is the so-called "chirping" sound. Since it sounds so much like the chirping of a bird, it is hard to believe that it is a guinea pig and not a bird that is making this sound. To make matters even stranger, some owners think their guinea pigs look like they are in a trance when they chirp.

No one really seems to know why a guinea pig chirps. Furthermore, they do not seem to be in distress or overly excited when they do so. Some believe that this sound is related to the onset of oestrus in females and thus their search for a mate. However, more studies need to be done to determine if this is true.

Rumbling, sometimes referred to as motorboating, is a sound guinea pigs usually make during mating season to attract the attention of a potential mate. This particular sound is serious and deep, and when the guinea pig makes it, its entire body vibrates as if it were rumbling. Often sexually mature males make this sound, but occasionally females in heat do so as well.

This noise is sometimes accompanied by an awkward mating dance.

This sound, sometimes called a "cluck" (as a mother hen would make it), is a sound of contentment. This sound is very subtle and is not normally heard very often. This chutting sound indicates that the animal is relaxed, happy and content, and that they trust its caretaker. Many pet owners find that the chutting occurs only between cage mates who greatly enjoy each other's company, or during a particularly cozy lap time. They can also make this sound when they are exploring in a quiet environment.

So it is one of the most positive sounds guinea pigs make, and owners can be sure that all is well with them. In other words, this is what a happy guinea pig sounds like. This sound is typically heard when the guinea pig lies flat with their eyes closed and relaxes.

Continue reading in this other article, where we explain other signs that your guinea pigs love you.

Now that you know the language of guinea pigs, you should be able to effectively understand their thoughts and feelings better.

Remember, however, that some sounds, such as coughing, sneezing, heavy breathing, or moaning, only occur in certain situations where there is an illness or pain. If you hear these or other strange sounds, be sure to consult a veterinarian who will take care of the rodent, assess its health and prescribe appropriate treatment, depending on the case.

Guinea pigs can also communicate through body language. It's a good idea to find out what's normal with your guinea pigs, so you can detect changes in their movements and posture that will give you clues about what's going on with them.

In this other article, we explain what it means when your guinea pig shakes and shivers.

If you want to read similar articles to Guinea Pig Sounds and Their Meaning, we recommend you visit our Basic care category.

How to Take Care of a Short-Haired Guinea Pig
Vietnamese Pot-Bellied Pigs as Pets
How to Look After a Squirrel
Sugar Gliders As Pets: Pros and Cons
Related categories
GeriatricsHeatFur careExtra careNail careEar care
Most read
1.
When Does a Dog Go Into Heat After Having Puppies?
2.
Third Eyelid Showing in Cats - Causes and Treatment
3.
Can You Touch Newborn Puppies?
4.
Why Is My Pregnant Dog Not Eating?
5.
Dog Pregnancy - Week by Week
6.
10 Hypoallergenic Cat Breeds for Allergic Families
7.
Why Has My Cat Only Had One Kitten?
8.
How to Control a Male Dog Around a Female in Heat
Caring for a Boa Constrictor as a Pet
Pet Turtles: Care Guide, Food and More
At What Age Do Cats Open Their Eyes?
Environmental Enrichment for Dogs and Puppies
Is Crate Training Cruel? - Advantages and Disadvantages
Donkeys as Pets: Guidelines and Basic Care
What Happens if You Don’t Take Your Dog for a Walk?
Rottweiler Care for Puppies and Adult Dogs

Guinea Pig Sounds and Their Meaning 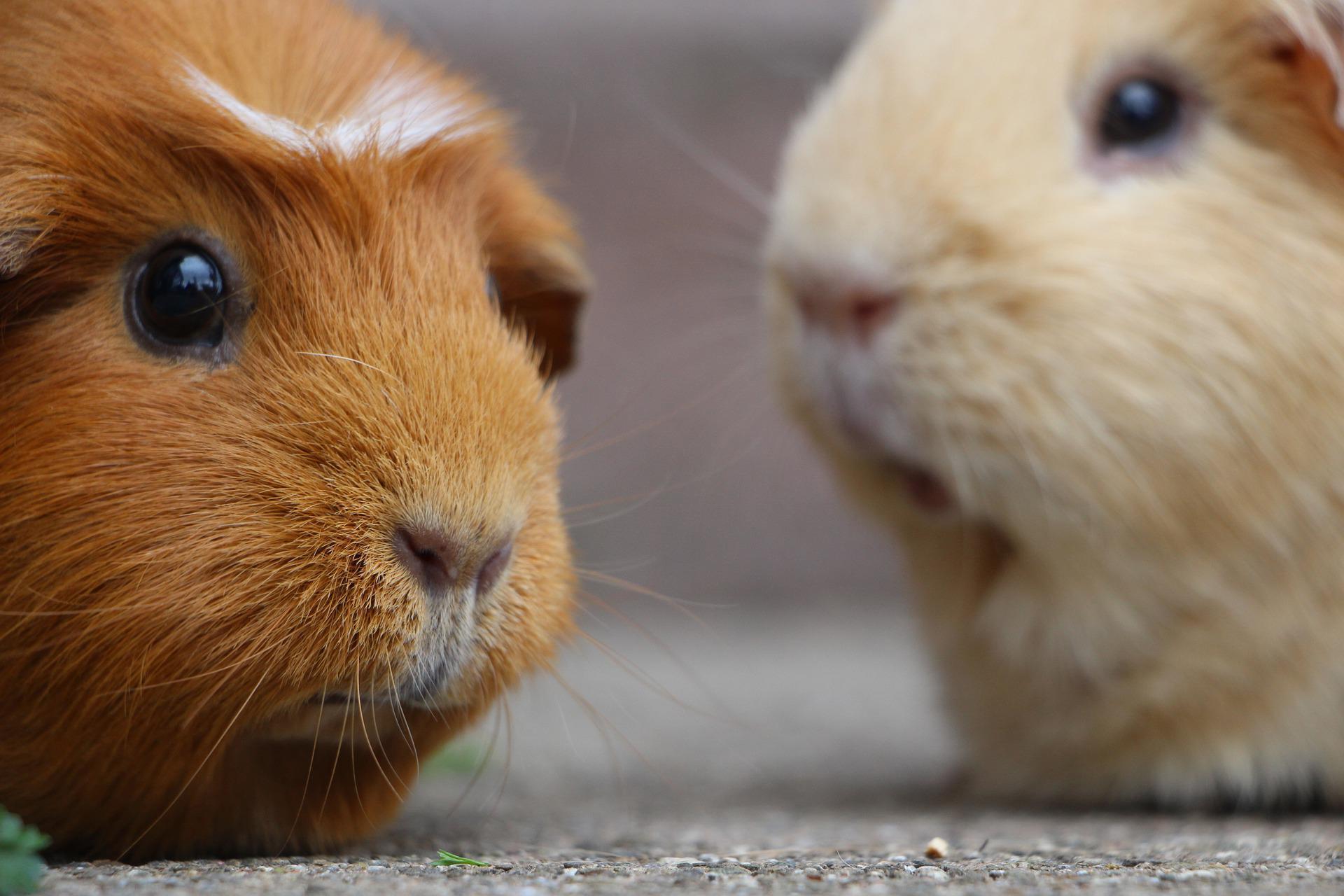 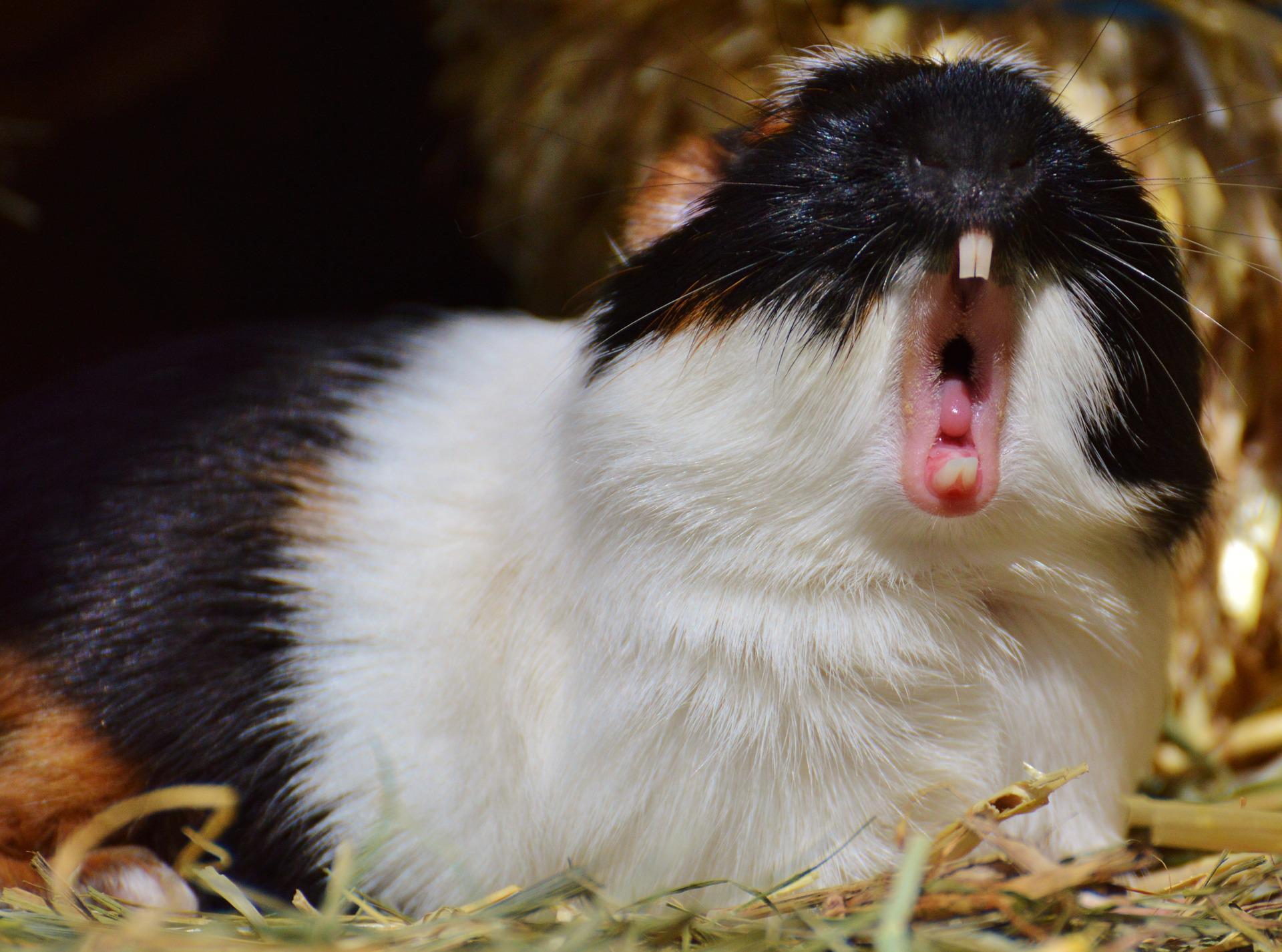 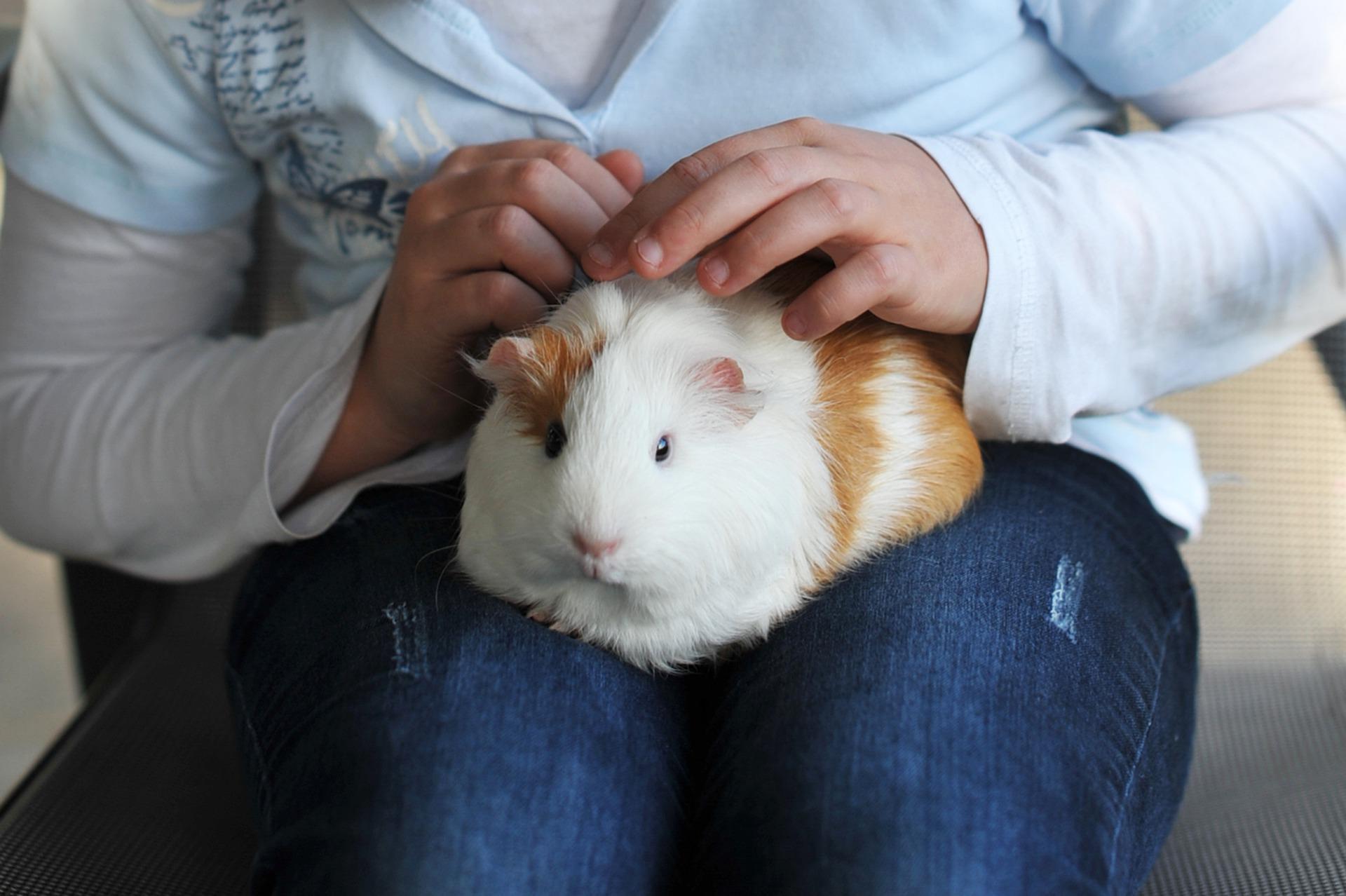