When we think of a syndrome, we might think of a medical condition which has a particular set of physical symptoms. High-rise syndrome in cats is something a little more subtle. It is an extension of their natural propensity to seek out high places. It has almost become a joke for firefighters in quiet towns to look for cats stuck in trees, but there is a genuine cause behind this stereotype. Cats love to seek out high places which includes trees and high buildings. While we think of them as infallible acrobats walking tightropes and balancing perfectly, falls can be more common than we like to think. AnimalWised shares with you what exactly is high-rise syndrome in cats and also how we can protect our pets from harm.

You may also be interested in: What are Cat Whiskers For? - Feline Senses and Communication
Contents

What is high-rise syndrome in cats?

High-rise syndrome is a behavior exhibited by cats who purposefully choose to go to a high place who then fall. The height is generally agreed to be greater than two stories (around 23 to 30 feet). There may be different causes of a fall from such a height. If you have an apartment in a tall building or your house is near a steep drop, your cat might escape and try to investigate the area.

While cats won't necessarily jump intentionally, their curiosity might get the better of them and they end up falling. Cats might also be engaging in an activity which puts them in a precarious position such as chasing an insect. They could get spooked by a loud noise and lose their balance. While you or I might take extra care around such great heights, cats with high-rise syndrome are often not as fearful which leads to accidents.

Cats have something called a 'righting reflex'. This is when a cat falls from greater than 3 feet, its natural balance and orientation skills allow it to correct its stance and land feet first. With us humans, our innate sense of balance isn't usually good enough to create such a reflex.

Even in cats with high-rise syndrome, they can often survive a fall due to this righting reflex. They may, however, sustain injuries. These are commonly broken bones, particularly the lower jaw which can absorb a lot of the impact when their legs compress on the ground.

A landmark study in the phenomenon of high-rise syndrome occurred in 1987 which investigated 132 cats of a 5 month period[1]. The report showed that ninety percent of the cats who were taken in for treatment after a fall survived. The types of injuries sustained were also recorded:

The high survival rate has two theories. The first is to do with the terminal velocity of cats which is 60 mph[2], which is double of that of humans which is 120 mph. Terminal velocity is the fastest speed at which an object falls through the air, as objects will not increase their speed exponentially. For cats, this lesser terminal velocity means although injuries are likely, they have a higher chance of survival even from a very tall height. It doesn't mean they will survive a fall from any height, but it does point towards why they are so resilient.

However, the other theory is a much more depressing one. The reason why the survival rate of cats brought in after a fall was so high is likely because many cats may have died on impact or had owners who could not afford to bring them in for treatment. This means many cat falls were not reported.

Something quite fascinating about high-rise syndrome in cats, however, is that injuries from a lesser height fall are often more severe than those from a taller height. This is thought to be because when a cat falls, it needs time to put itself into the 'paratrooper' position (the reason why in other languages high-rise syndrome is often translated to 'parachutist syndrome'). This position is when the cat splays its limbs out and is better able to absorb the impact, but it often won't be able to make this stance if it falls from 7 stories or higher[3]. This means greater impact when they fall. If they fall from a higher position, they are perhaps better able to prepare.

Which cats are likely to have high-rise syndrome?

We all know the phrase curiosity killed the cat, but in terms of high-rise syndrome it's perhaps more to do with ignorance. Many cats who travel up to these great heights don't realize they are in a dangerous position. This means they behave as they would at a lesser height, being used to surviving shorter falls.

A later study in 2004[4] showed that more than half of the cats who were brought in for high-rise syndrome related falls were under 1 year old (59.6%). This means that younger cats are more likely to suffer high-rise syndrome because their inexperience means they do not yet know how damaging a fall can be.

Another reason younger cats might be more likely to fall is that younger cats might not yet be neutered. Why is is a factor is because hormone imbalances in cats can make them act more erratic and take greater chances, especially if they see a potential mate. Many falls are thought to be caused by the cats seeking another cat due to a sexual impulse, perhaps while they see them from a tree or balcony.

Like humans, many cats will not advance developmentally as well as others. Sometimes this is noticeable in physical characteristics, but many others are not. This is one of the reasons for many of the cat videos on Youtube people like to watch of cats falling and stumbling. Deaf cats also often have balance issues, but not always[5]. Another potential cause is something called feline ataxia, a neurological condition which can cause stumbling in cats. It is often caused by contracting a virus, but can be inherited[6].

How to treat high-rise syndrome

Since high-rise syndrome leads to a fall, the treatment needed is often first aid. If you see a cat has fallen, check to see if it gets up right away. If it is unable to move on its own, it definitely needs to be taken to a vet right away. It could have some serious damage which is not even visible. If you do see visible signs such as limping, cracked teeth or blood, take it to the vet.

If you see external wounds with severe bleeding, compress the wound and try to stem the bleeding. Be careful with its other limbs and hold it carefully. If the cat has broken limbs, then you don't want to cause further damage especially if it struggles. A lot of the first aid required will be similar to if they have been run over or had a road traffic accident.

Unfortunately, the first aid we might be able to provide for our cats can be limited. This is why it is advisable to exercise a course of prevention so that an accident from high-rise syndrome doesn't happen in the first place.

As hormonal imbalances can exacerbate the effects of high-rise syndrome, the best course of action is to make sure your cat is spayed or neutered as soon as it is medically appropriate. This will hopefully stop them from some of their erratic and careless behavior. It will also be good for the general cat population and help prohibit other behavioral problems your cat might exhibit.

Another obvious, but important step, is to avoid access to windows or balconies if you live in an apartment which could lead to a fall. Screens or mosquito nets can also be good to allow for air to circulate, but to prevent the cat from getting out.

The last preventative method for high-rise syndrome is to make sure they are entertained enough to have a happy life indoors (if they are an indoor cat). Keep them occupied and give them lots of love. Prohibiting their access to heights is particularly important when they are young and inexperienced.

If you want to read similar articles to High-Rise Syndrome in Cats, we recommend you visit our Facts about the animal kingdom category.

Why Does My Cat Sleep in High Places?
Why Cats Always Land On Their Feet
Can Animals Have Down Syndrome?
Domestic Cats That Look Like Leopards
Related categories
Endangered animals
Most read
1.
What Animal am I According to my Zodiac Sign?
2.
What Does It Mean When a Cat Shows Up at My Door
3.
10 Most Beautiful Animals in the World
4.
Why do Dogs Get Stuck when Mating?
5.
Animals With Scales - Full List
6.
The 10 Most Solitary Animals in the World
7.
Can Cats Absorb Negative Energy?
8.
Differences Between Deer, Elk, Moose and Reindeer
What Breed Is a Tortoiseshell Cat?
The Most Dangerous Animals in Australia
Are There Male Calico Cats?
Largest Wild Cats in the World
My Cat is Twitching in Their Sleep
TOP 10 Strangest Cats in the World
New
Sense of Smell in Cats - Why is scent important to cats?
My Cat Opens Their Mouth When Sniffing - Flehmen Response in Cats 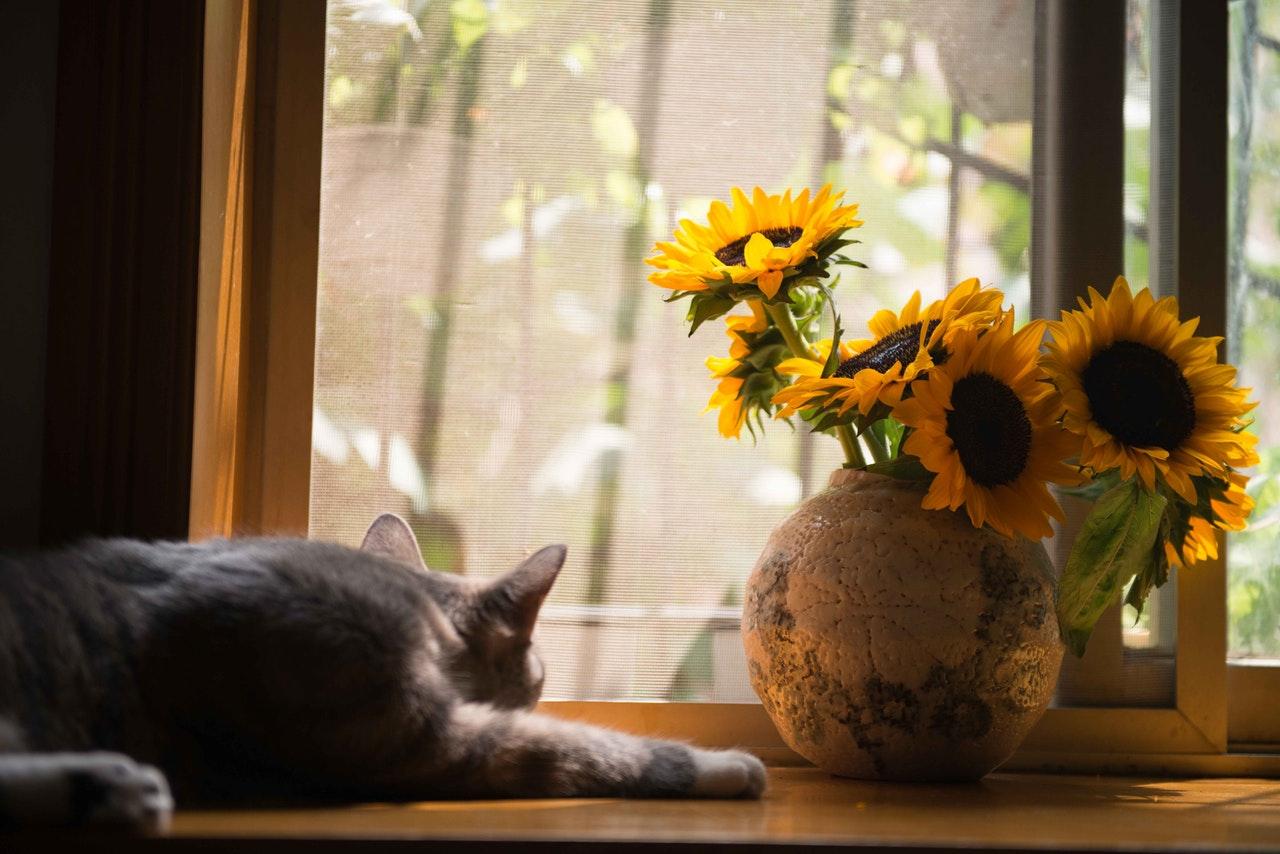 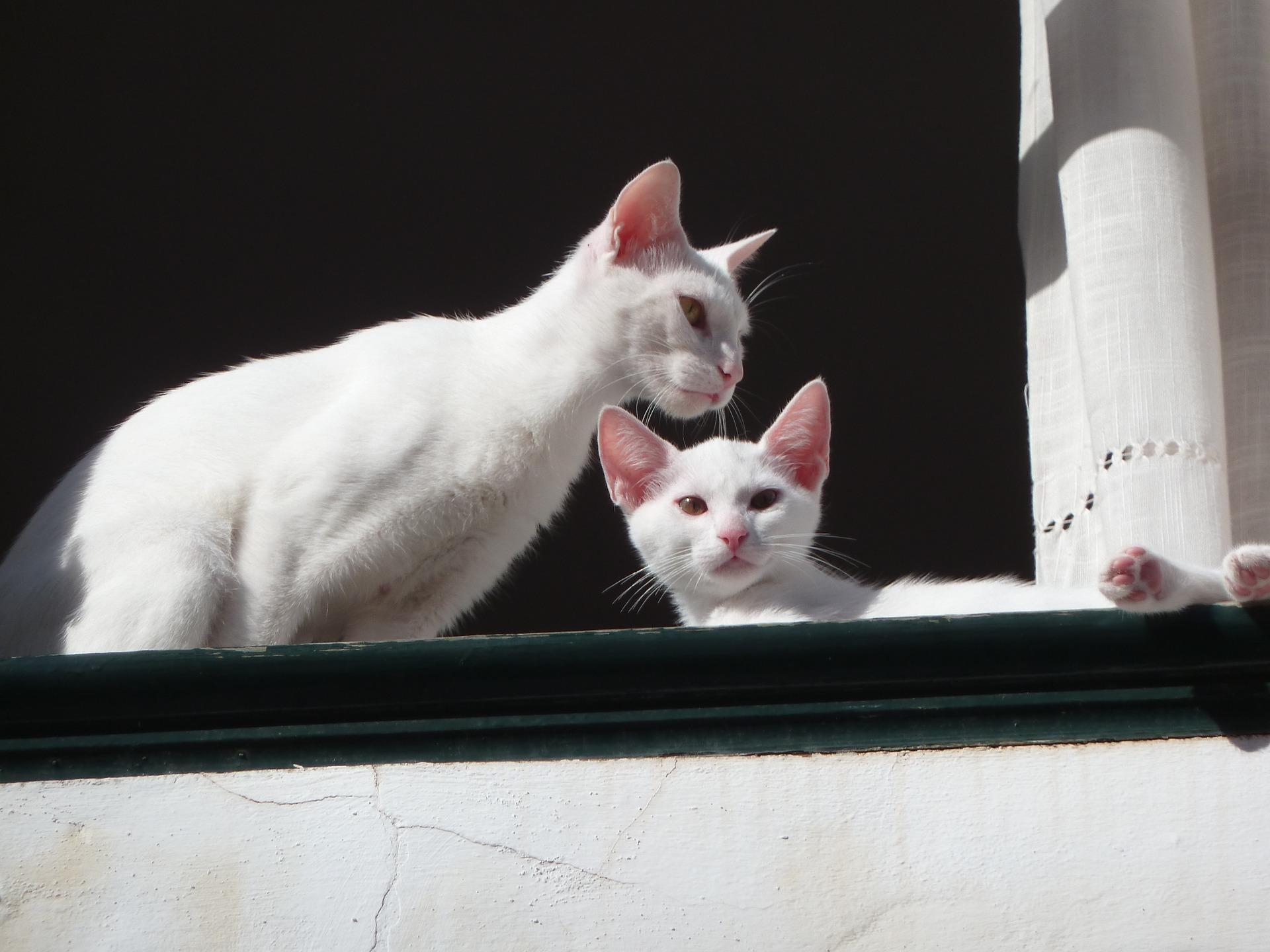 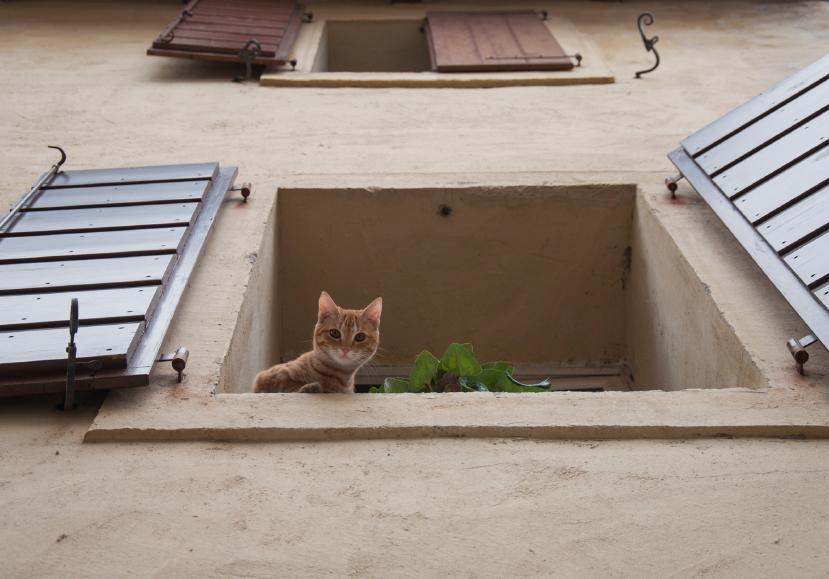 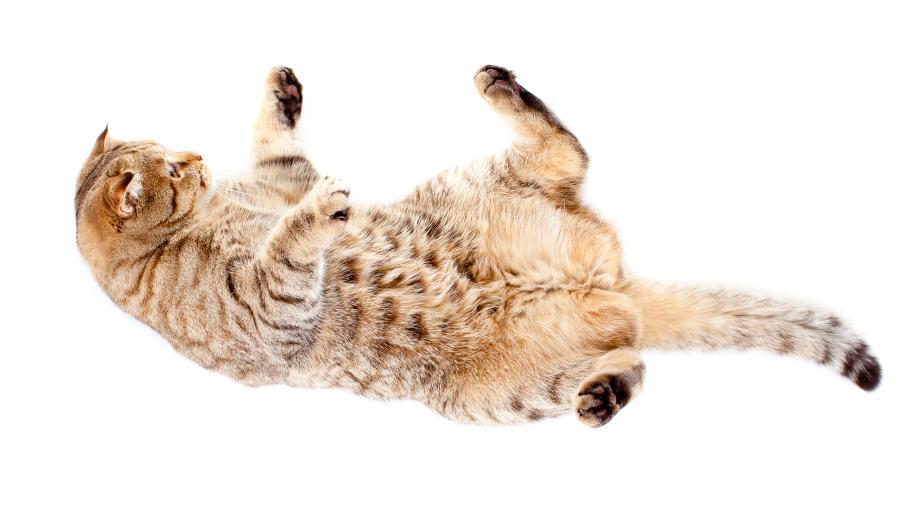 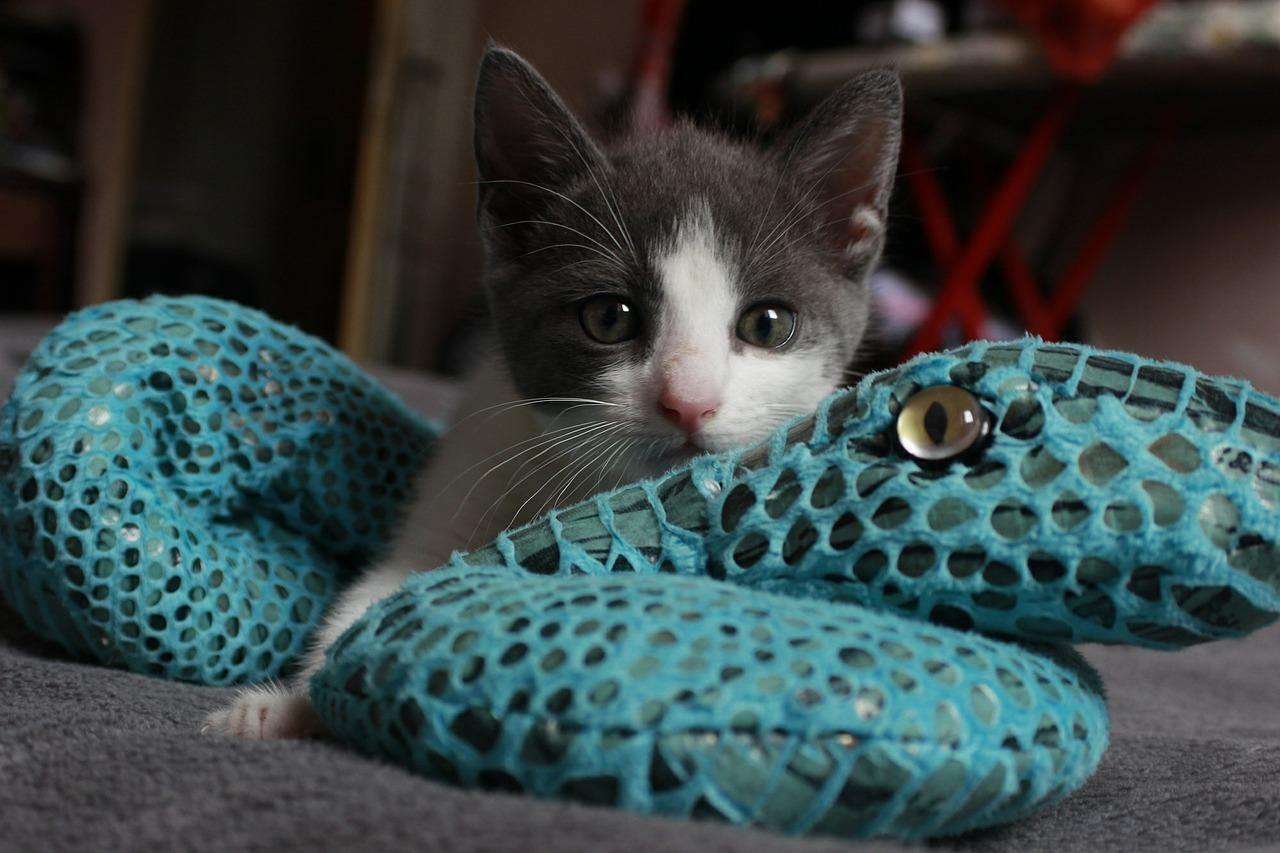 1 of 5
High-Rise Syndrome in Cats
Back to top