How Do Polar Bears Reproduce?

By Nick A. Romero, Biologist and environmental educator. September 6, 2022

The polar bear (Ursus maritimus), also called the white bear, is the common name for the species of bear that inhabits the Arctic ice and Hudson and James Bays in Canada, as well as the east coast of Greenland. Because of their extremely cold environment, polar bears have had to adapt in order to survive. These adaptations involve not only the white color of their fur or the layer of fat that serves as insulation, but also the way these animals live, hunt and reproduce.

In the following article we will focus exclusively on how polar bears reproduce, among many other interesting facts about these amazing animals.

You may also be interested in: The 10 Animals In Danger Of Extinction In The World
Contents

Reproduction of the polar bear

Polar bears are known to be polygamous, meaning that both males and females have multiple sexual partners. Polar bears tend to be solitary, coming together only during the mating season, which usually occurs in late winter or early spring (March-June).

Males compete aggressively with each other for the right to mate with females. Some of these males have walked more than 100 miles to mate with a female whose scent they have smelled. These fights between males can be very aggressive, but are rarely lethal. They can fight for hours, resulting in torn skin, broken teeth, and a lot of scarring for all involved. The older males are often more skilled at fighting and stronger, so in most cases they earn the right to mate over the younger males.

Females reach sexual maturity at 5 years of age and males usually a year later, but they do not mate until 8 to 10 years of age because they need the size and strength to compete in fights with other males.

Induced ovulation requires multiple mating encounters to stimulate fertilization. Therefore, it is not uncommon for females to mate with more than one male. In some cases, the pair may remain together for several days, resulting in multiple copulations and guaranteeing reproductive success.

The pregnancy or gestation of the polar bear lasts between eight and nine months. Fertilization occurs by delayed implantation, so that embryo development does not begin until the fall.

Generally, polar bears become pregnant in late fall, although it can be a little earlier, between September and October. The gestation period in polar bears is 195 to 265 days. Once pregnancy begins, they build complex dens with a series of chambers inside in the ice in steep areas near the sea, where they seek refuge to continue gestation and breeding.

The fertilized egg remains in suspension for about four months, and only then must the female feed properly before entering the den. During this time, she consumes enormous amounts of food, increasing her weight by 200 kilos or even double in many cases. Females accumulate these large fat reserves before the reproductive season in order to produce optimal breast milk to nourish the cubs.

Gestation lasts about eight months in total, and females reproduce every two or three years, depending on the availability of food.

If you are interested in more facts about polar bears, do not miss this other article where we explain how polar bears survive the cold.

Polar bears give birth in winter, when conditions in the Arctic are much more extreme, usually between late December and January. They often have two cubs, but one or three have been seen. Births of four cubs are very rare, but there have been cases.

Once the young are born, the female hibernates in the den. Only pregnant females hibernate, the others remain active throughout the year.

The newborns are blind, have little hair, and are totally dependent on the mother, with whom they remain in the den until March or April, when they finally emerge. For the first few weeks they are suckled on milk containing up to 33% fat, and their mother patiently cares for them and keeps them warm. At birth, the young weigh an average of 600 grams, but thanks to the mother's milk, which is rich in fat, they quickly grow to 10-15 kg when they come to the surface.

When the females finally emerge from the den, they can be seen rolling in the snow, dipping their heads, playing with their young, and defending them against any intruder that tries to approach. They are very dedicated and protective mothers who can risk their lives to defend their young.

During the first year, cubs are completely dependent on maternal care and remain with the female bear for about two years. The polar bear cubs that are most likely to survive are those that reach the largest size and accumulate the most fat in the den. This is very important because this species has a very high mortality rate in the first year of life.

The inexperienced young bears learn to hunt by watching their mother. They ride on her back during the drive hunt or follow behind her. When they are a little over a year old, they begin to hunt on their own, although they still depend on their mother for survival.

Gradually they learn hunting techniques until they become experienced predators. When two to three years have passed, the females are able to reproduce again, leaving the offspring to continue life on their own.

Why are polar bears threatened with extinction?

Arctic ice melt increases mortality of polar bear cubs. Loss of ice due to climate change is forcing them to travel farther to find food and shelter. When swimming long distances, bear cubs are at high risk of drowning due to fatigue or rough seas because their small body size and low fat stores make them more susceptible to hypothermia.

In addition, as we have already mentioned, females have few offspring each time, and they also have little chance of survival in the first year. In addition, the females reproduce only every two or three years because of the effort involved.

Polar bears also face other threats such as conflicts with humans, unsustainable hunting and impacts generated by industry.

If you want to read similar articles to How Do Polar Bears Reproduce?, we recommend you visit our Endangered animals category.

Bibliography
Why Is the Red Panda Endangered?
Is the Giant Panda Still Endangered?
15 Breeds of Dog That No Longer Exist
Are Spider Monkeys Endangered?
Related categories
Facts about the animal kingdom
Most read
1.
What Animal am I According to my Zodiac Sign?
2.
What Does It Mean When a Cat Shows Up at My Door
3.
10 Most Beautiful Animals in the World
4.
The 10 Most Solitary Animals in the World
5.
How Many Types of Lions Are There?
6.
Why do Dogs Get Stuck when Mating?
7.
10 Smells that Attract Cats
8.
Animals With Scales - Full List
Extinct Species of Cat
Why Are Giraffes Endangered?
Can You Keep a Red Panda as a Pet?
Are Bees Endangered? - What We Can Do to Help
How Does Mass Coral Bleaching Affect the Great Barrier Reef?
Animals of the Iberian Peninsula
Critically Endangered Monkey Species
Endangered Animals in the Great Barrier Reef

How Do Polar Bears Reproduce? 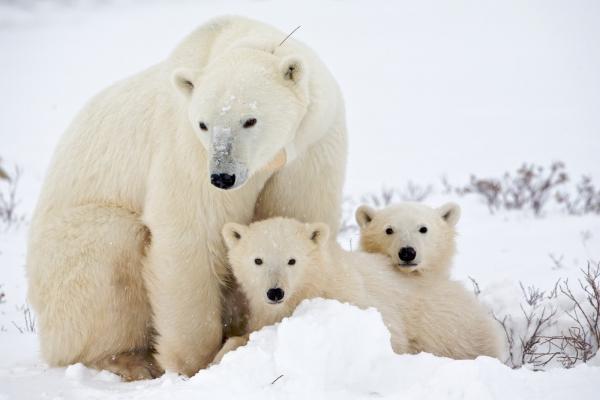 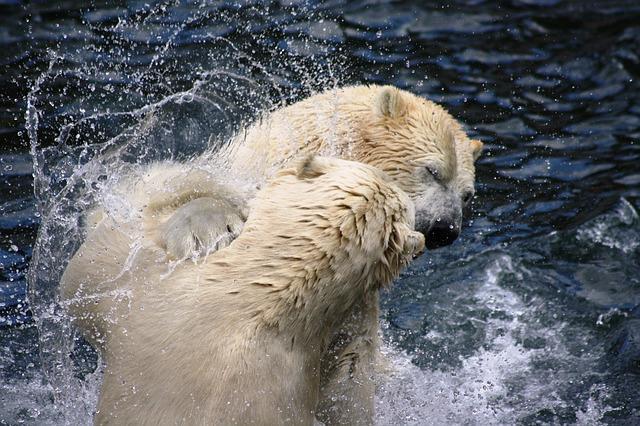 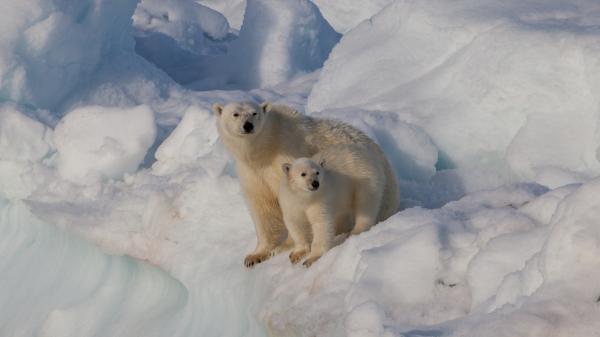 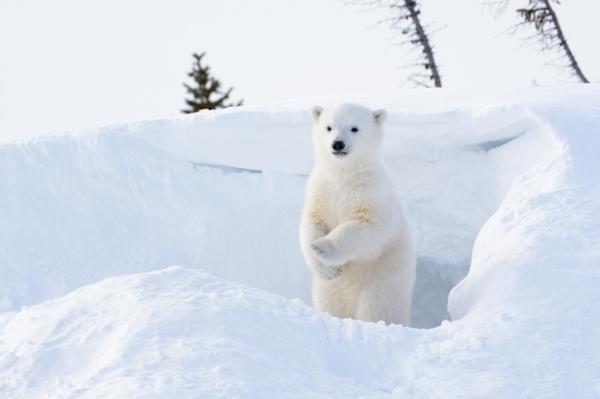 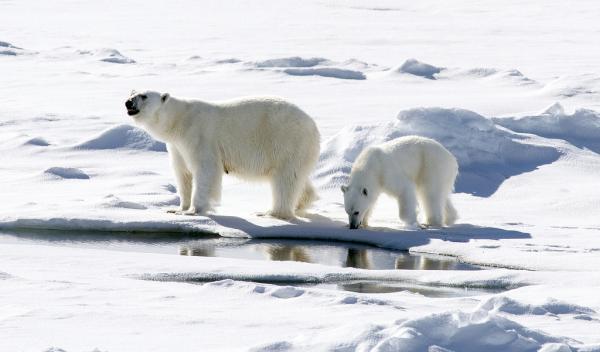 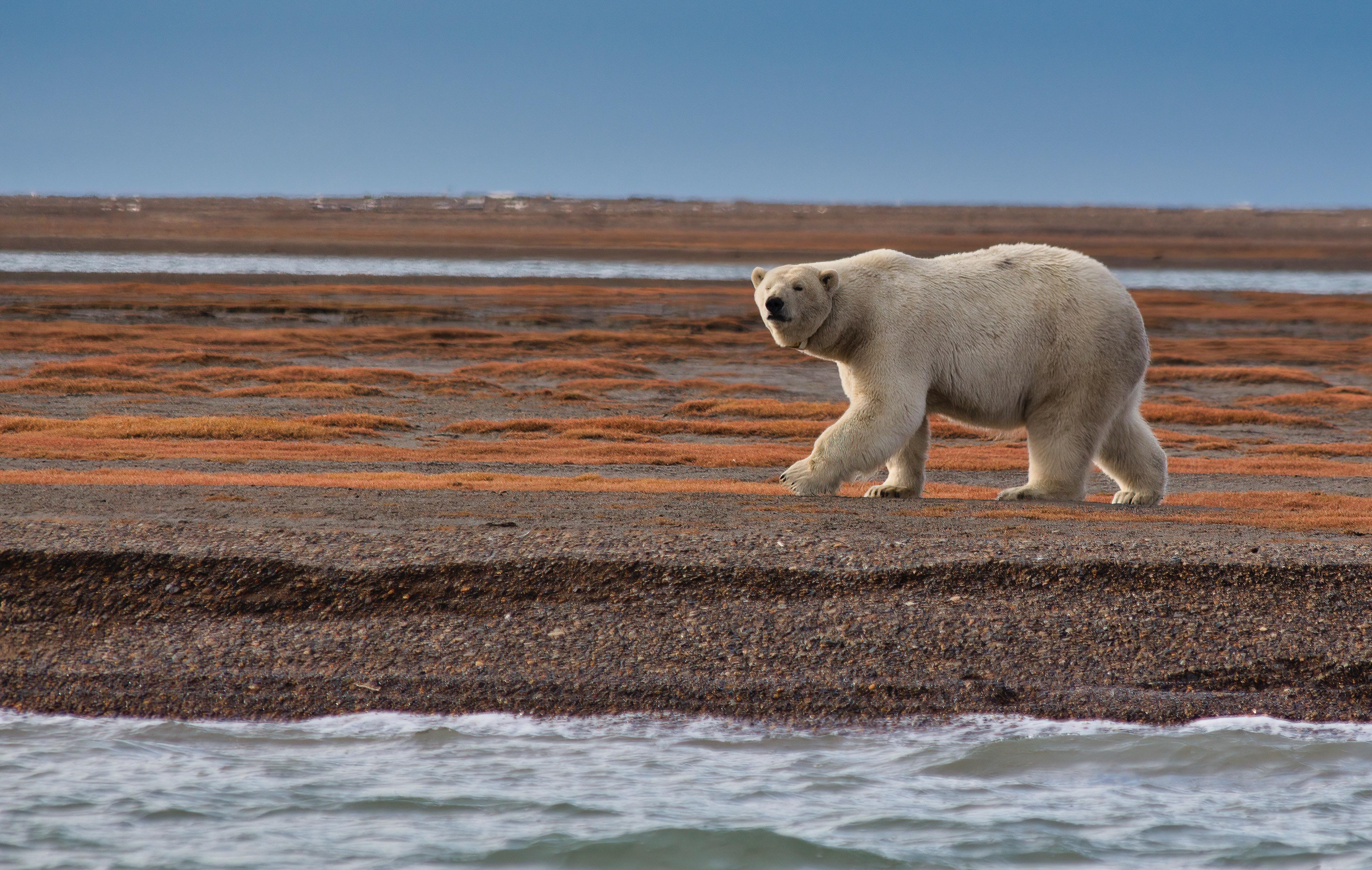 1 of 6
How Do Polar Bears Reproduce?
Back to top