How Do They Train Detection Dogs?

A dog's prodigious sense of smell comes from their possession of between 200 and 300 million olfactory receptors. This is significantly greater than those of humans who have a relatively paltry number of around 5 million. This is why dogs are used for detection of hazardous or illegal material and not humans. For police and security agencies across the world, detection dogs are used to detect explosives[1] and drug contraband. However, they are also increasingly being used in the medical profession for their potential to detect cancerous cells[2] and have been used by biologists to search for everything from molluscs to moth eggs[3].

For drug-sniffing dogs, the purpose is usually simple. Find out if a person is carrying or a container is holding illicit material. However, to get to the stage where a drug detection dog can accurately find this material, an intensive process needs to be undertaken. This is why AnimalWised shares with you how they train drug detection dogs so that you can know how impressive these professional pooches can be.

You may also be interested in: How to Train Your Dog to Walk Without a Leash
Contents

Training dogs requires a professional qualification and is undertaken by professional law enforcement officers. In the USA, this comes under the K-9 division of police departments and the training is done by the officers. However, there are other civilian dog training units. The history of dog detection regulations has been somewhat controversial, but there are organizations which create certification to ensure highest quality drug detection training.

Detection dogs are trained for different purposes, the odorous substance they are looking for usually attached to different departments. For example, the bomb disposal unit will need a dog able to detect explosives. Drug-sniffing dogs will likely be associated with the narcotics unit or with agencies such as the DEA (Drug Enforcement Administration). Some dogs are able to detect other contraband such as exotic animals.

We likely think of drug detection dogs being limited to breeds common to K-9 units such as the German Shepherd or Belgian Malinois. However, any dog has the potential to be an excellent detector of substances, even if some breeds will be harder to train than others. Some dogs also will have a better sense of smell than others, but all will have good olfactory ability. What is more important is finding a dog with the temperament predisposed to this type of work.

Although many dogs can perform this task well, police dogs which detect drugs begin a broad period of training which can last for months. After this time, they will need to pass additional tests before they can be deployed safely. This doesn't just relate to their ability to detect odorous substances, but also their emotional well-being and suitability for the role.

What drugs do dogs sniff for?

The answer is that a drug sniffing dog can smell anything it is trained to smell. We will see more below, but the dogs are given the smells to search before they actually track them. The drugs they are trained to search for may depend on what is likely to be on the street in a given area. This can include, heroin, marijuana, cocaine, methamphetamine and MDMA. Some drugs will have significantly less odor than others. Drugs such as LSD are almost odorless. However, their production requires certain chemicals which they may be trained to detect, although not as often as others.

Dogs cannot smell through impermeable material, but impermeable material is not easy to find. Even an impermeable substance such as lead would need to be sealed completely which is hard to do. Plus, if any drug residue was present on the outside of such a box, then this also would be detectable. Plastic bags and even packages of drugs which have been wrapped multiple times will still likely be detectable to a drug sniffing dog.

How is a dog trained to detect drugs?

Before beginning their training on how to detect certain substances, drug sniffing dogs are trained in basic obedience. Good communication between the dog and K-9 officer or dog security personnel is essential. The dog also needs to learn how to point out the suspected area where drugs may be. This is often done simply by the dog keeping their nose pointed in the direction of the object. They are usually not trained to bark or growl at an object or person suspected of carrying drugs. However, this may depend on the jurisdiction and department which trains the dogs.

After the first phase of obedience training is completed, positive reinforcement is used to help the dogs detect the right substance. This means that when they carry out a particular behavior appropriately, they will receive a reward. Toys, rope knots or balls can be used, but the choice generally depends on the individual dog.

There are two ways to get a dog used to the smell of drugs. The first is to use a sample of the actual drug. This is preferred as it is closer to the substance which the dog will eventually look for. The second way is to use a pseudo-narcotic. These are synthesized smells which mimic the smell of drugs. Ideally the actual drugs should be used in training, but it is not always possible due to security reasons and availability.

Either the drugs or pseudo-narcotics are given to the dog to get used to the smell. When they can detect the smell the team are looking for, the dog is rewarded. The next stage is to hide either somewhere in an area and the dogs are then sent to sniff the area to find the drugs. If they find the drugs correctly, then they are rewarded. They are should not be chided for not finding certain drugs.

The motivation by the dog's handler, structured exercises and a positive environment are the basic pillars for any decent detection dog training. Much repetition is required to ensure the process is effective, so dogs who tire of the exercises easily will likely not progress. The dog also needs to associate the search with a positive experience. Although the dog's well-being is a priority, it also happens to be the best way to yield successful results.

There is a widespread myth which claims drug detecting dogs are made to be addicted to the drugs they are looking for. The dog is made to smell the drugs, but they do not ingest the actual drugs. You can take a bud of marijuana and smell it, but it will not make you high. A dog's nose is so sensitive, it can detect these drugs from far away, but the smell has no bearing on their physiology. The motivation created by the handler and the dog's desire to please (and be rewarded) are what drive a dog to search out contraband.

How to stop a sniffer dog from detecting drugs

The best way to stop a dog from detecting drugs on your person is to not have them on (or even in) your person. Dogs can detect drug residue, so you don't necessarily have to have some on you. However, what will usually happen is that the dog detection will be used as a way to allow the security or police forces to search you. If a person doesn't have any drugs on them, there shouldn't be enough evidence to prosecute. However, this will depend on how strict are a country or regions' laws.

If you want to read similar articles to How Do They Train Detection Dogs?, we recommend you visit our Advanced education category.

Schutzhund Dog Training
How to Train a Cat to Walk on a Leash
Training Your Dog to Run Alongside You
What are Attack Dogs?
Related categories
SportsBehavioral problemsAnimal games and funBasic education
Most read
1.
My Dog Is Aggressive After Neutering
2.
Tips to Train an American Bully
3.
Why Is My Dog Suddenly Scared Of Me?
4.
How to Stop Your Dog From Peeing Inside at Night
5.
Best Time of Day to Walk Your Dog?
6.
How To Stop My Cat From Biting My Ankles
7.
Why is My Cat So Possessive?
8.
How to Make a Pit Bull Release its Bite
How to Easily Teach Your Dog to Play Dead Step by Step
Potty Training a Cat to Use the Toilet Step by Step
What do you Need to be a Professional Dog Trainer?
How to Socialize an Adult Dog
Teaching My Dog to Lie Down
Water Rescue dogs: Four-legged Heroes
How to Introduce Your Dog to Your New Baby
Canine Ethology

How Do They Train Detection Dogs? 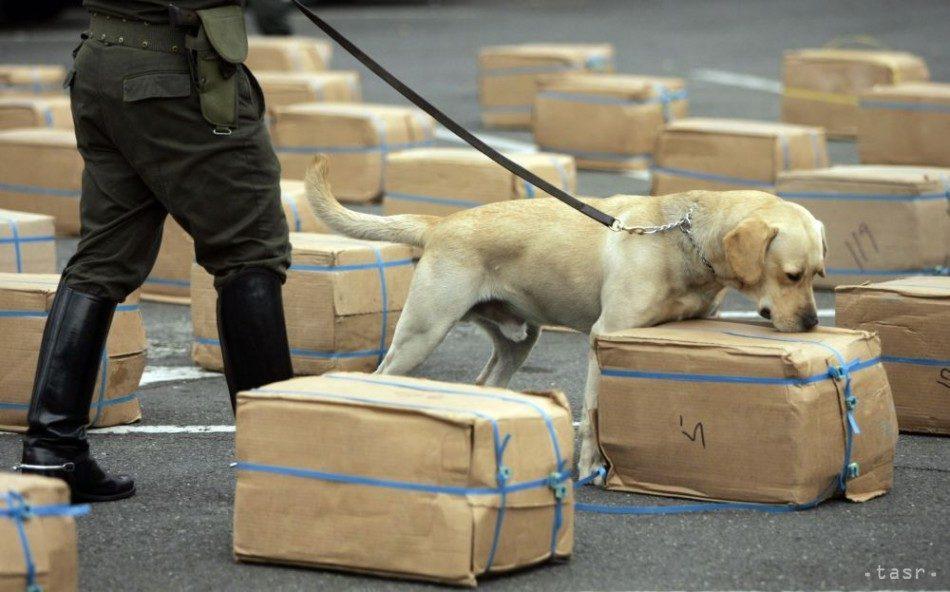 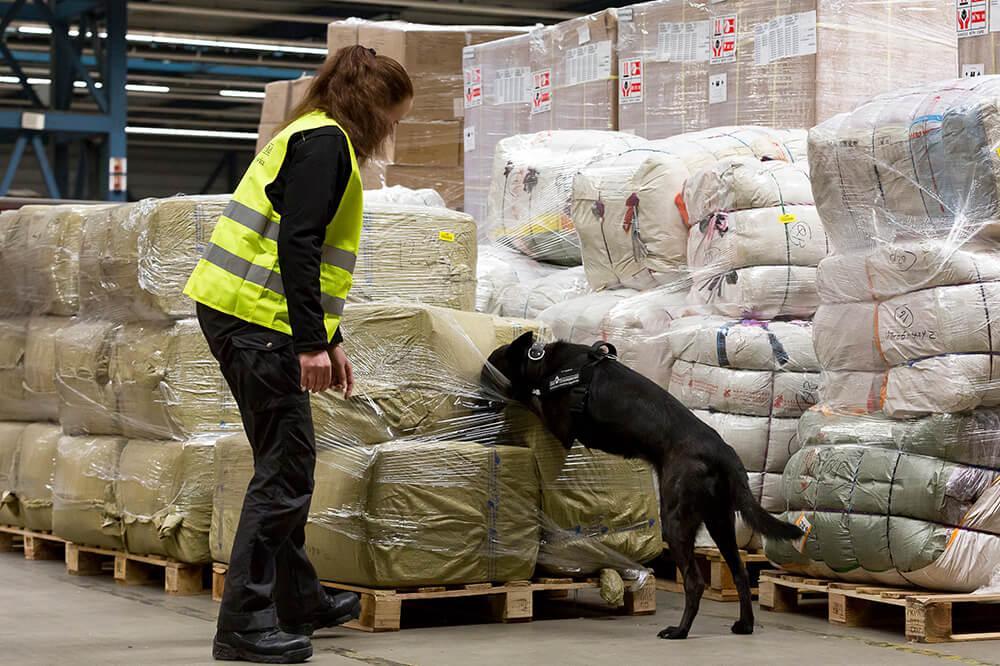 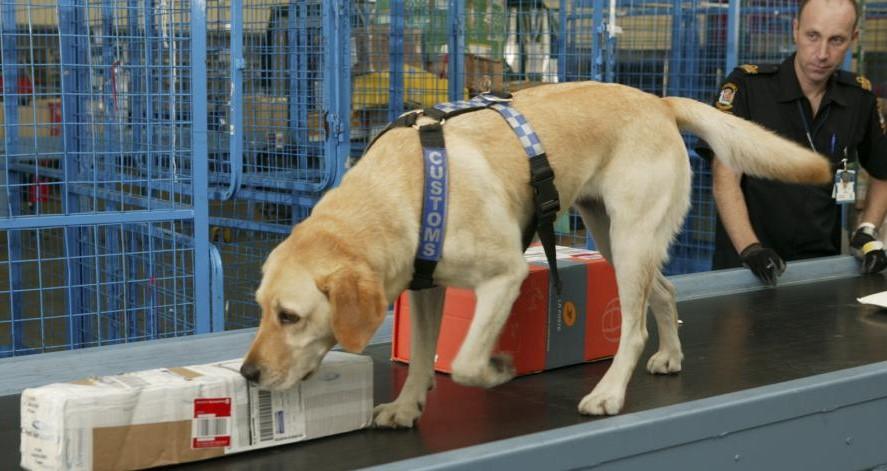 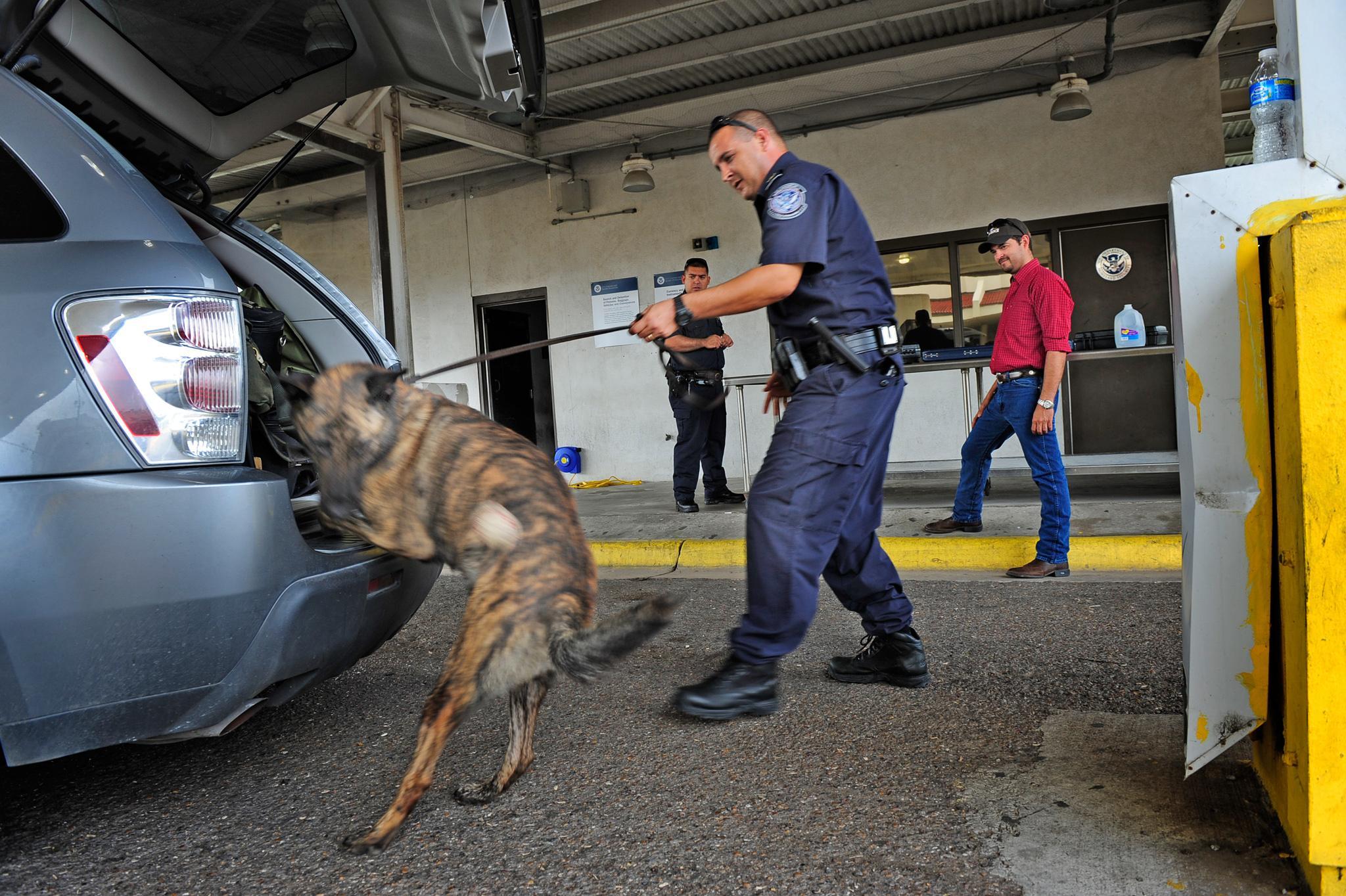 1 of 4
How Do They Train Detection Dogs?
Back to top