How Does A Bee Become A Queen? 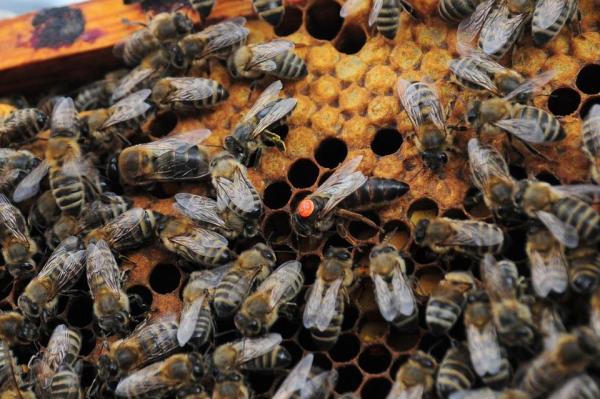 Honey bees are insects belonging to the genus Apis. Honey bees are a eusocial species, meaning that they belong to the highest level of social organization group of all animals. Bee hives are inhabited by swarms. There are many different breeds of bees that coexist in hives: the queen, the worker bees (females) and the drones (males).

But how does a bee become a queen? Let’s find out here at AnimalWised. In this article we will be discussing how to differentiate a queen bee from the others, and explain how a fight between queen bees takes place. Keep reading to find out more.

You may also be interested in: Why Bees Are Important - Main Reasons
Contents

The birth of a queen bee

There are many different situations that can occur when it comes to a hive needing a new queen bee. These situations include: the death of a queen bee or the creation of a new swarm (due to lack of space in a current one). We call a group of bees a swarm, which are generally in movement. Sometimes, a large group of bees leave the colony with a queen to settle into a new hive. These swarms can reach up to a measurement of 20 meters.

Before this event occurs, a hive is responsible for raising a new queen, since most species of bees cannot survive without one. This phenomenon usually takes place when a hive becomes too small to house all of its individuals, usually in late spring and throughout summer, when bee activity reaches its peak.

Because the worker bees do not live long and the survival of a hive depends directly on the queen, when the workers suspect that they will need a new one, they act fast. They select 3 to 5 larvae to be fed by ‘‘royal jelly’’ (rich in protein). These larvae which are only be fed with royal jelly, implies that these bees:

Once the larvae have been selected, the worker bees will take care of them scrupulously until birth. Once birthed, there is a fight between the 3 selected larvae bees. There can only be one queen bee; the strongest. It is important that the surviving queen bee is the most powerful, since she is the one that will transmit her genetic material to more than 2,000 larvae everyday for 3 or 5 years.

Once the queen bees fight to death, the surviving queen prepares to be fertilized by the fastest males. Due to this method, the hive will birth the strongest and fastest specimens.

How does the queen bee reproduce?

Once the queen is selected, male bees chase the female in a "nuptial flight" trying to win the opportunity to reproduce with her. However, only the fastest males will gain the chance to fertilize. Once full of sperm, the queen bee returns to the hive to rest for a few days. Once rested, she starts to lay eggs that will play a large role in the growth of the hive.

Where do bees lay their eggs?

The queen, in addition to being the only bee of the colony capable of reproducing and laying eggs, has control over whether she lays males or females. To give birth to a female bee, a queen bee will deposit the egg in an ovum cell which has been fertilized by sperm. To give birth to a male (drone), she would deposit a non-fertilized egg into the honeycomb.

How to identify the queen bee?

There are some morphological details that can help us in identifying and recognizing a queen bee:

A group of workers, known as "wet nurses" are mainly responsible for larvae. They secrete royal jelly through their glandular cephalic system, which is located in their heads. Royal Jelly is a whitish substance with nacreous reflections, a gelatinous texture and is warm and acidic. All the larvae receive royal jelly during their development stage. The difference however between the chosen queen larvae, that that they receive pure royal jelly, without water or pollen.

Studies have shown that royal jelly has the ability to modify the DNA in the bees that feed from it [1] and it is for this reason that the queen bee differs from her workers.

For more on these phenomenal flying insects, read our article AnimalWised article on how are pesticides are killing bees.

If you want to read similar articles to How Does A Bee Become A Queen?, we recommend you visit our Facts about the animal kingdom category.

How do Bees Communicate? - Bee Language
Why Do Bees Sting?
Differences Between Wasps, Hornets and Bees
How Do Animals Communicate With Each Other?
Related categories
Endangered animals
Most read
1.
What Animal am I According to my Zodiac Sign?
2.
Are There Venomous Spiders in the UK?
3.
What Does It Mean When a Cat Shows Up at My Door
4.
10 Most Beautiful Animals in the World
5.
The 10 Most Solitary Animals in the World
6.
Why do Dogs Get Stuck when Mating?
7.
How Many Types of Lions Are There?
8.
Most Common Cat Eye Color and Their Meaning
How Are Ants Born?
Asexual Reproduction in Animals and Examples
What Are the Queen's Corgis Called? All About Elizabeth II's Dogs
How Does a Snake Move?
Different Types Of Honey Bees - Species & Characteristics
How Long Does a Cat Live?
How does a Bat's Bio Sonar Work?
What are Trophic Levels?

How Does A Bee Become A Queen? 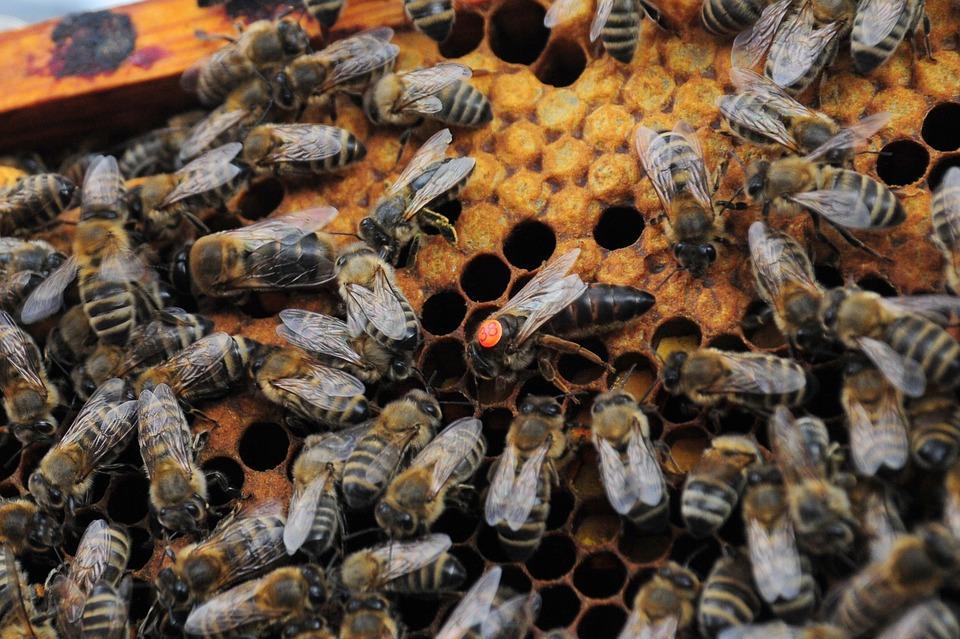 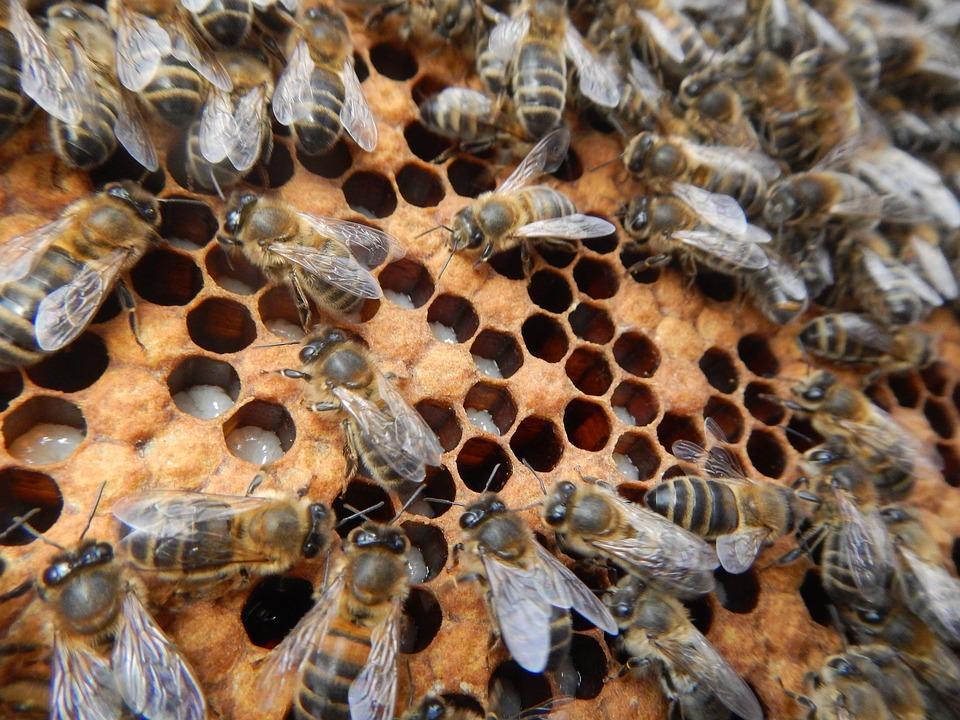 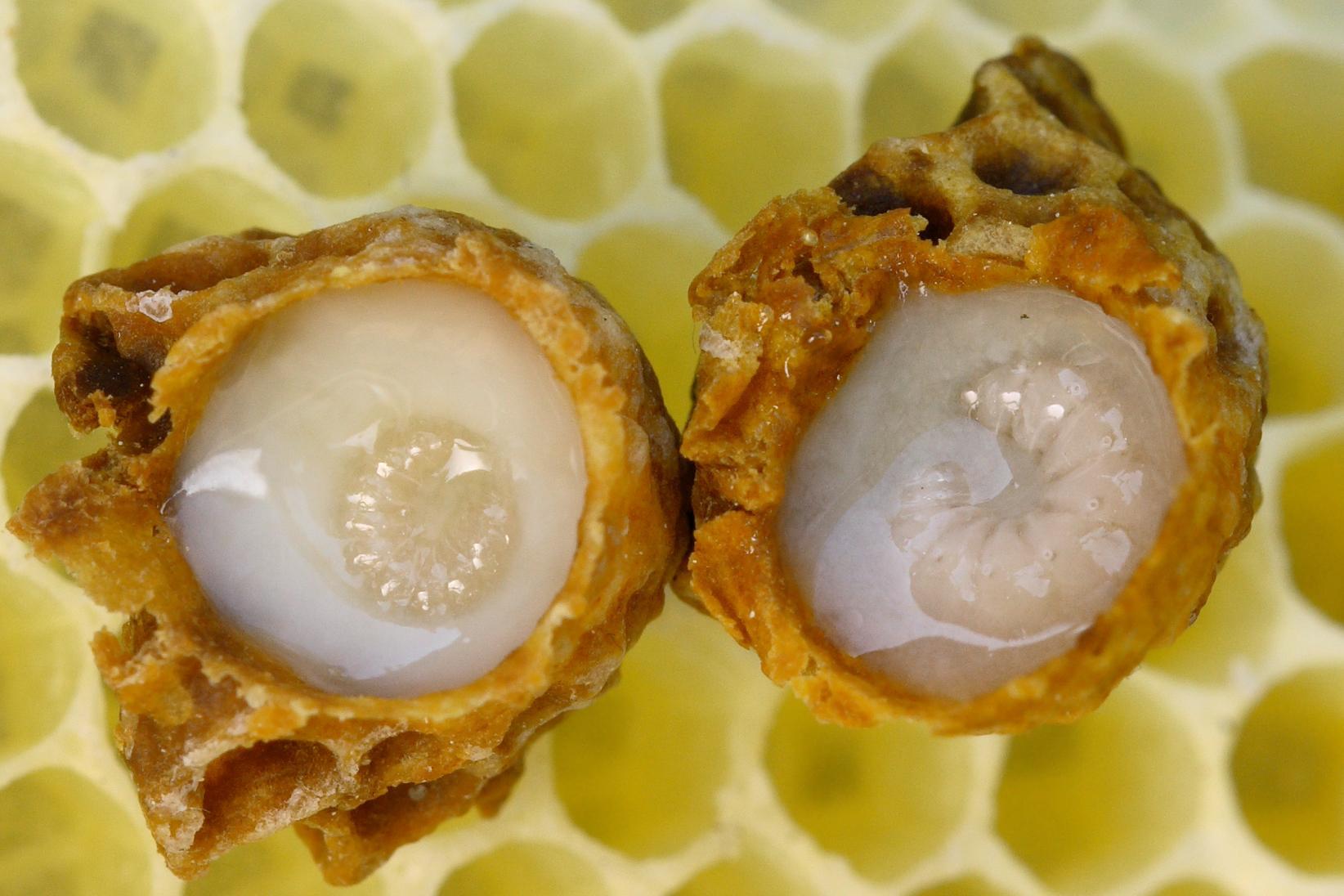