How to Get a Dog to Stop Whining 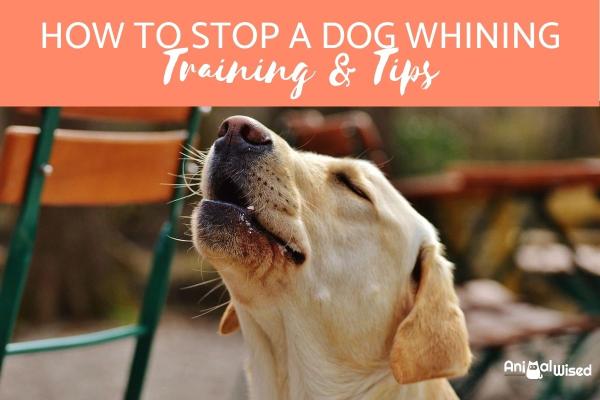 A whining dog can seem like an annoying or frustrating problem, but there are many reason why a dog whines. Not all of them are problems. Like barking, growling and other sounds your dog emits, they are part of their vocalization. This means the dog is trying to communicate something specific to you. Since they don't speak the same language, it is us up to us to interpret their whining. Once we do, we will be best able to understand the underlying reason and what we can do about it.

If you want to know how to get a dog to stop whining, keep reading AnimalWised. We look into different training tricks and tips, but the best way to stop behavioral problems in dogs is to understand them better.

You may also be interested in: How To Stop Food Aggression in Dogs
Contents

Why is my dog whining?

Not all dogs will have the same vocalizations. For example, some quiet dog breeds such as the Basenji will not bark, but make a yodelling-type noise. Most will be able to emit some type of whine. This a high pitched noise which is elongated and used to attract attention. This is different to a bark or growl which are used often to be defensive or offensive. Whining is more often used to draw attention to a desire or need.

The reasons why a dog whines to draw attention to themselves are varied. It is something we discuss in more detail in our article on why your dog is whining, but we summarize some of the main causes here:

If you want to know how to get your dog to stop whining, consider why they are doing so. If you have read these options (which are not exhaustive), you may need help from a canine ethologist or animal trainer to get to the bottom of it.

How to stop a dog whining

Addressing the problem of a dog whining too much will involve addressing the underlying cause. However, before we get the specifics, it is important to note that some whining should be allowed. When a dog is expressing their feelings naturally, suppressing these feelings can be counterproductive. This is especially so with puppies as whining for them is a vital part of their development, especially when still with their mother.

Even if the whining is problematic, we should also know to never scold the animal. Scolding will only negatively reinforce the behavior and is likely to make the problem worse. Instead we should address the reasons why a dog is whining.

If the dog is whining because of food insecurity, we should ensure we are meeting their dietary needs. We may also see the dog eating too quickly or vomits after eating. Check they are receiving the right nutrition and amount of daily food. Also, since dogs are animals of routine, ensure you feed them regularly at the same time. You can even divide their daily food amount into smaller more frequent portions so they don't have to worry when their food is coming.

Ensure you are providing them with enough opportunity to walk and exercise. Some dogs will need more exercise than others. This might be due to their breed, their hormone levels or various other factors. By providing them exercise, you also provide engagement which makes the dog happier, more fulfilled and less likely to whine.

If changes in the dog's life has caused them stress, you will need to reassure them. For example, if you have a new addition to the home, provide them with positive reinforcement when they are together and give more affection so they don't feel insecure. Our article on stress symptoms in dogs will help you to learn more.

When a dog is scared due to a storm or one-off event, simply spend time and reassure them. If they are generally scared, you need to continually provide reassurance to them. Give them plenty of environmental enrichment, do not scold them, play with them more, give them affection and generally find ways to keep the dog calm.

It is a good idea to take a dog that won't stop whining to the veterinarian. They will be able to diagnose if it is due to a physical health problem, as well as provide helpful practical advice if they problem is psychological. Our video below will also help you with some tips on how to keep your dog calm and stop whining:

Training a dog to stop whining

If we have assessed the reasons why our dog is whining and provided treatment, it is possible they will still have behavioral problems. One reason for this is due to a lack of training. If we have adopted the dog from a shelter, it is common for them to come from abusive or traumatic backgrounds. For this reason, we can use education to help them stop problem behaviors such as whining.

There is little specific training to stop a dog whining. General education provides them with a way to engage cognitively, reinforce your bond and feel confident in the home. Most dogs will want to obey us and will feel rewarded by engaging in activities with us. Some dogs need more training than others. For example, Border Collies need a lot of stimulation through training. If they do not receive it, they can develop behavioral problems.

Training your companion in basic dog commands such as sit, stay, heel, roll over and others will help them to stop whining. Not only will the education process help them to feel more secure, but you can give them a command when they are whining so that they can stop it. Note that this is not the same as scolding the dog.

Although we will feel sympathy for our dog when they are whining, we will need to train them to know that it is not healthy. This is often what happens with dogs which become to clingy, especially those most prone to separation anxiety. When the dog is whining for attention, we should purposefully turn our back to them and ignore their whining. Only when they stop whining should be we engage. This way they will know that whining will do the opposite of getting our attention.

How to stop a dog whining at night

One of the most annoying times a dog is whining is at nighttime. The dog does not understand that this is time for sleeping. We should still find the cause of the whining and address it, but there are some additional things we can do to help dogs stop whining at night.

Dogs which have had a full day and sufficient sleep should not be up at night, especially if we provide them with the correct routine. By reinforcing a routine and helping them to release their energy throughout the day, they should be able to sleep better at night. Providing a comfortable, warm and stress-free environment will also help them to relax in the evening. Do not leave them behind a cold door or somewhere noisy.

In addition to providing practical ways to help them sleep, we should also ensure the dog's psychological well-being is reinforced. Provide them with affection, attention and cognitive stimulation. This way they should be able to rest easy.

If a dog is too clingy, you should not let them sleep beside you when they whine. This can reinforce bad behavior and it will be much more difficult to stop them from doing so in the future. However, if the dog is scared, you may be able to help them by letting them stay in your room. Watch our video on sleeping next to your dog to know more:

How to stop a male dog whining near a female dog

There are different ways we can control a male dog around a female in heat. These include covering up the scent of the dog, walking them at different times of the day and generally expelling their energy. For female dogs, there is little we can do other than keep them away from other dogs and wait until the heat period passes, something which can be very frustrating for the animal.

For this reason and for their general health, it is best to neuter your dogs. Not only will this stop their sexual drive and reduce the likelihood of the dog whining, but it will help the dog to reduce health risks and live longer.

If you want to read similar articles to How to Get a Dog to Stop Whining, we recommend you visit our Behavioral problems category.

How to Get a Dog to Stop Whining 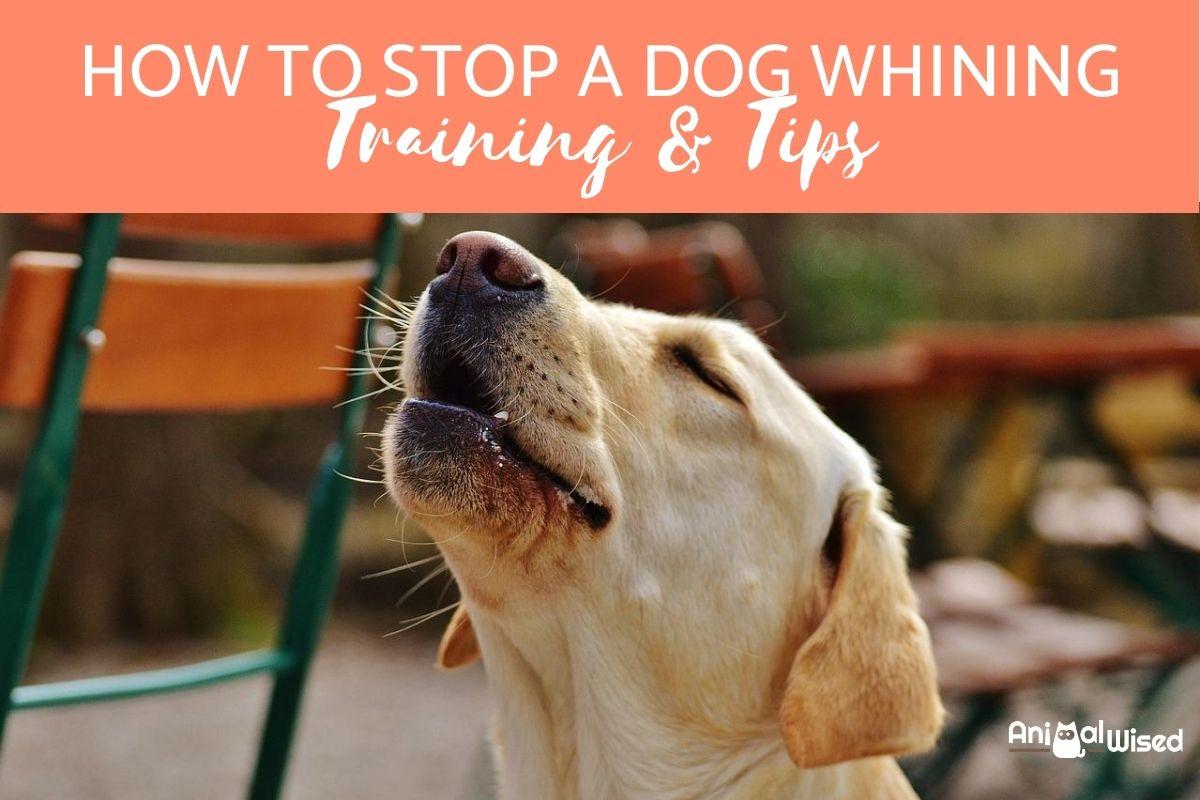 How to Get a Dog to Stop Whining
Back to top