Rather than one specific disease, epilepsy refers to a range of neurological disorders which all manifest in varying degrees of seizure. The reason for these seizures is exaggerated neuronal activity, causing neurons to stay connected and giving rise to the various symptoms which make up a seizure in dogs. The underlying cause of this seizure depends on its type. Reactive epilepsy is related to metabolism, secondary epilepsy is related to trauma and primary epilepsy has an unknown cause. Primary epilepsy is also known as idiopathic epilepsy in dogs.

At AnimalWised, we look at the symptoms and treatment of idiopathic epilepsy in dogs. We understand how to best protect a dog when they have epileptic seizures and what to expect in terms of prognosis.

You may also be interested in: Encephalitis in Dogs - Symptoms And Treatment
Contents

What is canine idiopathic epilepsy?

Idiopathic epilepsy is a neurological disease of which the main symptom is seizures produced in the cerebral hemispheres. Seizures in dogs are due to excessive neuronal electrical activity or a defect in the inhibition of electrical activity, so that the neurons are connected and send signals at the same time. This continued and exaggerated neuronal activity results in the epileptic seizures.

There are three main types of epileptic seizures in dogs:

Idiopathic, primary or true is the most common type of epilepsy in dogs. Although its underlying cause is unknown, it seems to have a genetic origin. This can be seen by the fact large breed dogs appear to be more predisposed. It is usually diagnosed when they are between 1 and 5 years old.

Symptoms of idiopathic epilepsy in dogs

The clear symptom of idiopathic epilepsy in dogs is a convulsive seizure. The attack can present in two ways:

Epileptic seizures commonly appear at night or while the animal is resting. Generally, the interval between two epileptic seizures is around 4 weeks. This may lengthen over time. During this period some dogs may show disorientation, fear, barking, increased appetite and thirst, blindness or incoordination. It is also possible for them to be asymptomatic between seizures.

The symptoms of epilepsy can be similar to other neurological disorders, as you can see with our article on neurological problems in older dogs.

Causes of idiopathic epilepsy in dogs

The reason primary epilepsy in dogs is also known as idiopathic epilepsy is because it has no known cause. When the veterinarian is examining the animal and is aware of their medical history, it is possible they may suspect epilepsy without being able to determine the underlying cause. Although the cause is not known, the symptoms and treatment of idiopathic epilepsy are the same.

We know there is a genetic influence on idiopathic epilepsy since certain breeds have a greater prevalence. Generally, breeds weighing over 15 kg/33 lb are most affected, including:

Idiopathic epilepsy usually first presents between the ages of 3 months to 5 years. Its presentation is sudden and acute. The duration and patterns of seizure are very difficult to predict. These factors suggest a genetic or hereditary cause, but other issues cannot be ruled out.

Diagnosis of idiopathic epilepsy in dogs

In canine idiopathic epilepsy, diagnosis is confirmed by exclusion. This is a result of a process of elimination after ruling out reactive and secondary causes that produce epilepsy in dogs. Proper diagnosis must begin with a anamnesis provided by the dog's guardian. The veterinarian will ask about their health plan, diet, changed in behavior or anything which might aid a correct diagnosis.

The vet will then carry out a physical examination of the dog before carrying out specific tests. These tests will usually be designed to analyze brain condition and activity. For example, if brain lesions are found, secondary epilepsy will likely be diagnosed instead of idiopathic canine epilepsy.

It will also be necessary to perform a blood test, biochemistry and urinalysis to find a possible metabolic, electrolyte, liver or toxic cause that may be causing seizures in dogs. This is the case with reactive epilepsy. Neospora parasites or canine distemper virus infections should also be ruled out by laboratory tests such as PCR or serology.

The analysis of the cerebrospinal fluid can show an inflammatory process in the central nervous system. Of all the diagnostic imaging tests, magnetic resonance imaging (MRI) should be highlighted due to its better resolution and contrast of soft tissues. This can help to find tumors, infections or congenital anomalies more easily. Congenital epilepsy will be diagnosed when other options are ruled out.

Treatment of idiopathic epilepsy in dogs

Although we do not have a specific cause for idiopathic epilepsy in dogs, treatment options are available. Although there is no curative treatment, treatment in the form of symptom management can help provide the dog with a good quality of life. Treatment is mainly pharmacological and is based on anticonvulsant drugs to minimize or eliminate epileptic seizures. Therapy will commence if the dog presents 2 or more seizures in a 6 month period.

The main drug used is phenobarbital for dogs, a barbiturate that increases the inhibitory conduction of GABA and Cl-, decreasing the flow of calcium to neurons and the neuronal excitation associated with glutamate. It can affect the metabolism of other drugs that use the same pathway, something the veterinarian will consider when prescribing idiopathic epilepsy treatment.

Phenobarbital has good absorption and bioavailability. It can be administered orally or parenterally. It is around 80% effective in controlling seizures in dogs, as long as its levels are kept between 23 and 30 µg/ml. The recommended initial dose is usually 2.5-3 mg/kg/12 hours, but it should be readjusted according to serum levels measured 15 or 20 days after the start of treatment.

There are other drugs which can be used to treat canine idiopathic epilepsy. Potassium bromide can cross Cl-ion channels, producing hyperpolarization of neuronal membranes. It is usually less effective than phenobarbital at the beginning of treatment, but it has a synergistic effect if it is administered together with phenobarbital. It does not present hepatic metabolism and the dose is between 30 and 40 mg/kg/24 hours, requiring serum levels of 2000-3000 mg/l in monotherapy and 1000-3000 mg/l if combined with phenobarbital.

How to calm a dog with epilepsy

Pharmacological treatment is the most important in controlling seizures. If your dog is having their first seizure or they have not been given drug treatment for whatever reason, it is likely we will want to intervene. Unfortunately. doing so could cause more harm than good.

When a dog is having a seizure, we should not touch them unless it is strictly necessary. Since your dog may make involuntary movements, they can accidentally bite you if they snap down their jaws. We should not move them unless their location is putting them in danger. For example, you should move them if they have a seizure next to the fireplace.

If you want to read similar articles to Idiopathic Epilepsy in Dogs - Symptoms and Treatment, we recommend you visit our Neurological diseases category. 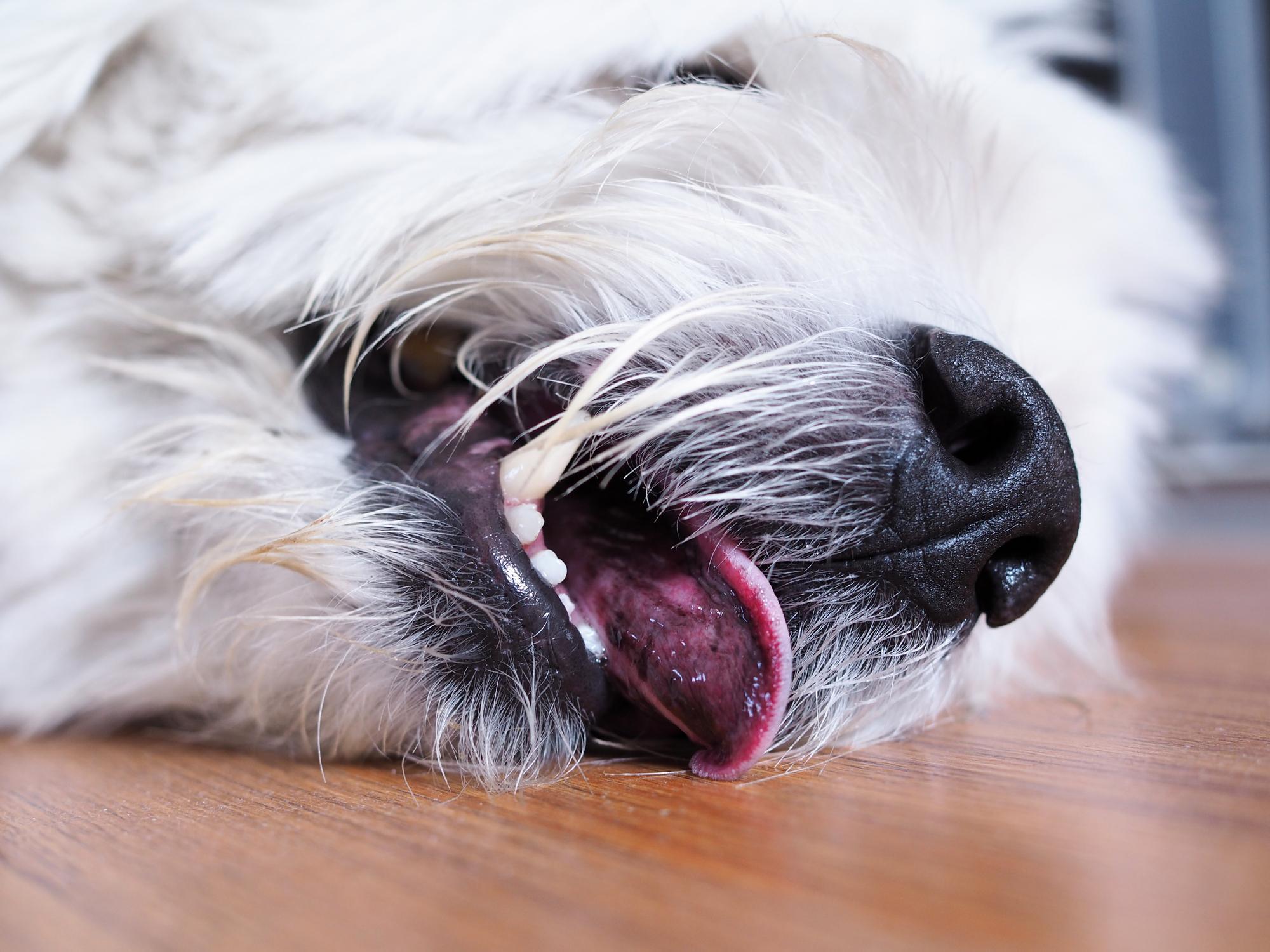 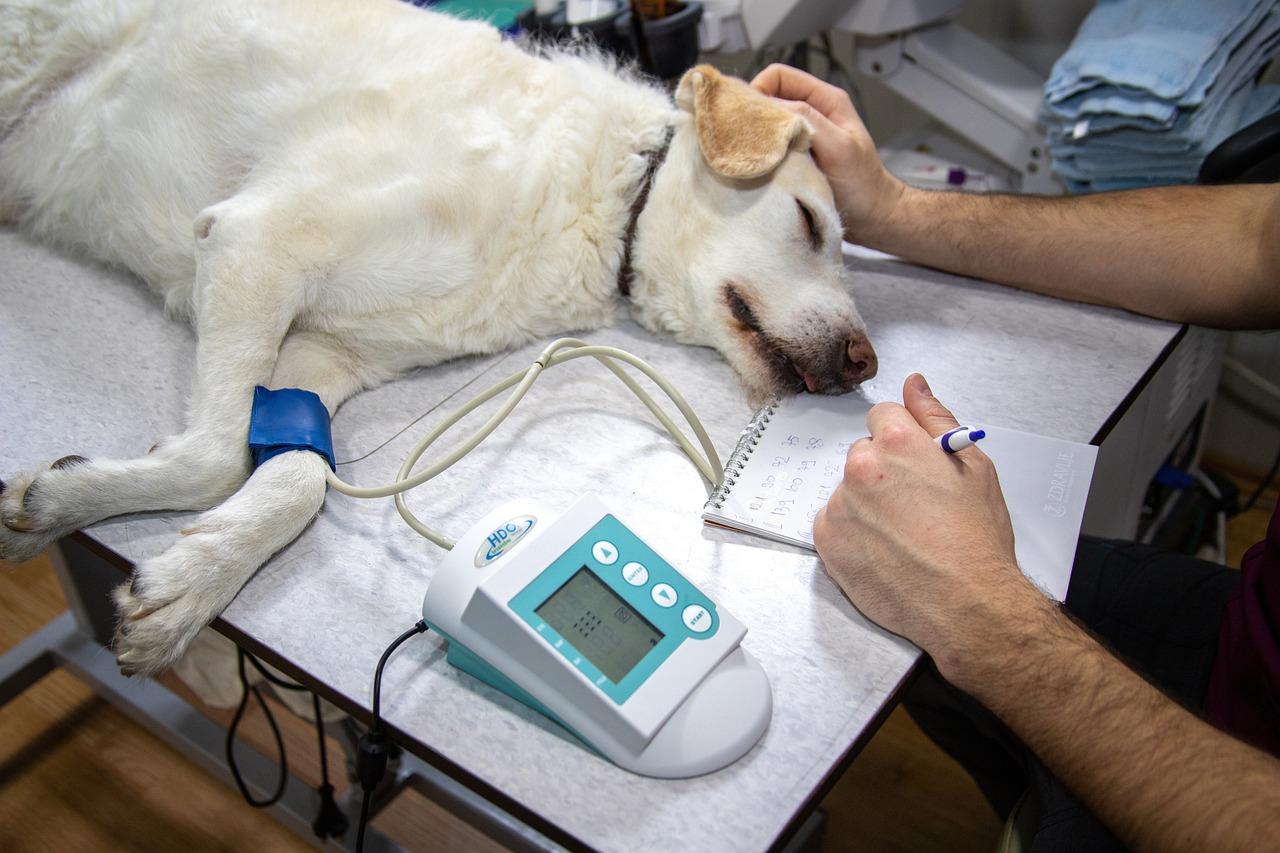