Interesting Facts About the Sable-Tooth Cat

By Nick A. Romero, Biologist and environmental educator. Updated: March 17, 2022

As recently as 10,000 years ago, the saber-toothed cat Smilodon fatalis was a fearsome predator found throughout North and South America during the Pleistocene. The prehistoric saber-toothed cat, with its seven-inch-long canines, weighed up to 600 pounds and was one of the most famous prehistoric mammals. Although commonly known as the saber-toothed tiger, it is not closely related to the tiger or other modern cats.

In this AnimalWised article, we explain the origin of the saber-toothed cat, its main characteristics, its size and why it became extinct.

You may also be interested in: Interesting Facts About Hedgehogs
Contents

Origin of the saber-toothed tiger

The taxonomic classification of cats is controversial, not only with respect to extinct species but also with respect to present-day species. However, the application of new study techniques at the molecular level has clarified some gaps in this regard. Traditionally, cat species have been divided into two major groups or subfamilies.

Saber-toothed tigers are members of the genus Smilodon. Based on fossils from Brazil, the genus was named in 1842; the generic name means “tooth” combined with “scalpel”.

Contrary to popular belief, there were actually several individuals known as saber-toothed animals. Three species are known today: S. gracilis, S. fatalis, and S. populator. The latter two may be descendants of S. gracilis, which in turn may have evolved from Megantereon. Megantereon was an ancient machairodontine saber-toothed cat that lived in North America, Eurasia, and Africa.

When and where did the saber-toothed tiger exist?

Smilodon lived in the Pleistocene (2.5 mya-10,000 years ago) and its fossils have been found throughout the Americas. North America was home to other saber-toothed cats such as Homotherium and Xenosmilus, as well as other large carnivores. This is why the North American S. fatalis, the smallest of the three species, may not have grown as large as its South American counterpart, the S. populator, due to competition from these predators.

The earliest felids are known from the Oligocene of Europe, such as Proailurus. The earliest animal with saber-tooth teeth is Pseudaelurus from the Miocene. The early saber-toothed cats had similar cranial and mandibular morphology to present-day clouded leopards (Neofelis). The lineage further adapted to the precise killing of large animals by developing elongated canines and wider gaps between teeth, sacrificing high biting power. As their canines lengthened, the cats' bodies became more robust to hold prey in place.

The earliest species of Smilodon in North America is S. gracilis, which lived 2.5 million to 500,000 years ago and was the successor to Megantereon, from which it probably descended. Megatereon itself had arrived in North America from Eurasia in the Pliocene.

Characteristics of the saber-toothed tiger

Size and weight of the saber tooth tiger

A description of the saber-toothed tiger's physical characteristics

Recent studies have shown that saber-toothed cats did not hunt large animals such as horses and bison, as is commonly believed. Smilodon may have evolved to live in the forest and fed primarily on leaf-eating animals such as tapirs and deer. A closer look at some of their most distinguishing physical characteristics seems to support this theory.

When and why did the saber-toothed tiger become extinct?

Smilodon became extinct 10,000 years ago during the Quaternary extinction event, along with most of the Pleistocene megafauna. The cause of the extinction of the saber-toothed tiger is still very controversial today, as there are several possible explanations.

The extinction of the saber-toothed tiger has been associated with the disappearance of large herbivores, which were replaced by smaller, more agile animals such as deer. It is possible that Smilodon was too specialized to hunt large prey and could not adapt. However, some recent studies have found no evidence that they were limited by food resources.

Another theory is that the last saber-toothed cats, Smilodon and Homotherium, became extinct because of competition with the faster and more general felids that replaced them. However, this theory fails to explain why other species such as the American cheetah (Miracinonyx) also became extinct during the same period.

Climate change and competition with humans are other possible explanations.

The most widely accepted theory is that their extinction was a combination of several factors, all of which apply to the general extinction event in the Pleistocene and not specifically to the extinction of the saber-toothed cats.

If you want to read similar articles to Interesting Facts About the Sable-Tooth Cat, we recommend you visit our Facts about the animal kingdom category.

Interesting Facts About the Sable-Tooth Cat 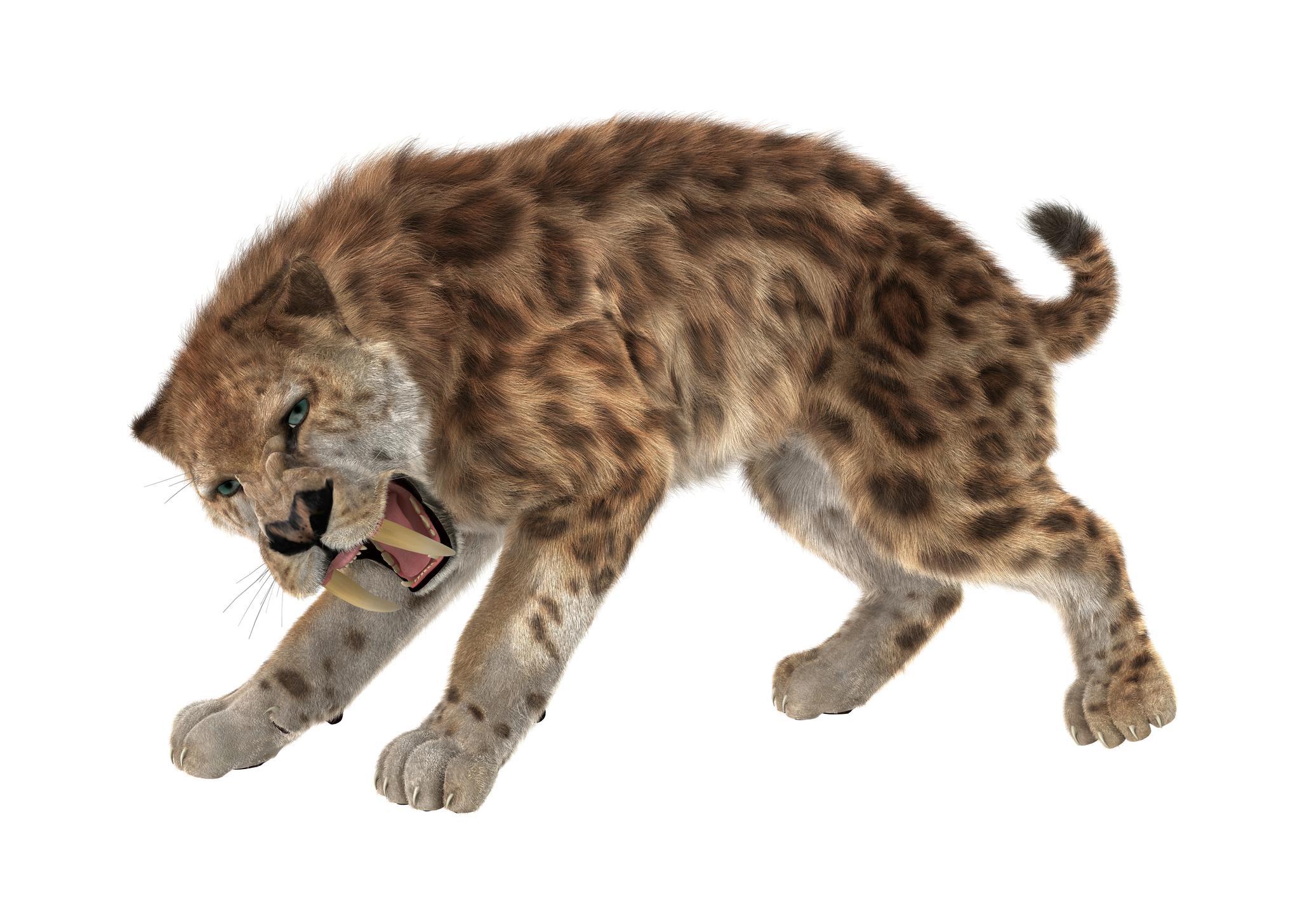 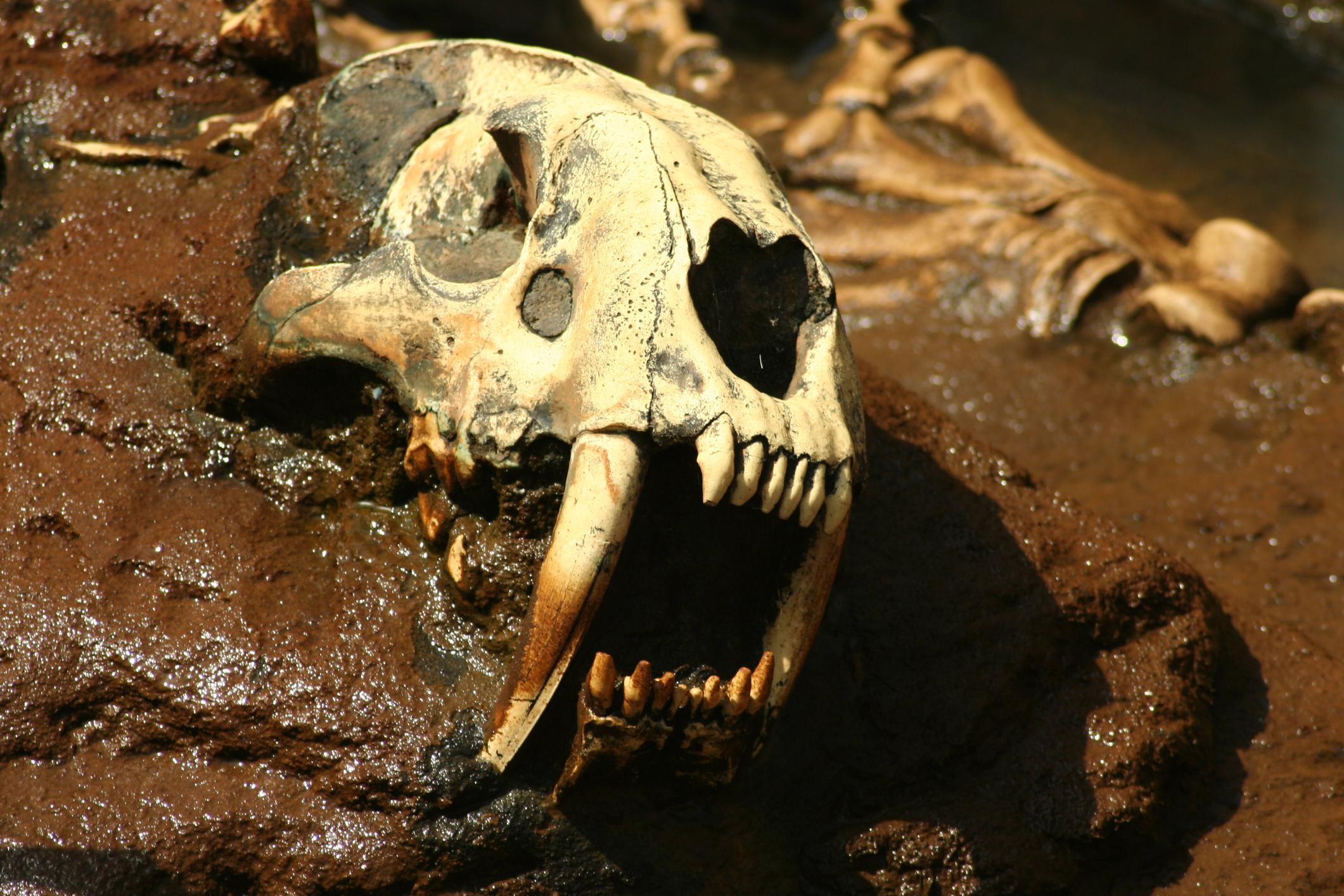