Is My Parrot Sick? - Symptoms of Disease

Many people choose a parrot as a pet because of a popular yet unfounded belief that they require little care or maintenance. This is false and dangerous information as parrots need continuous contact and stimulation, especially if they live alone. Some aspects of a parrot's care needs include letting them out of their cage regularly, feeding them correctly, providing toys for mental stimulation and, of course, being vigilant against signs of disease.

The latter of these care needs can be the most problematic. Even with very attentive bird guardians, parrots have the tendency to hide their symptoms. This is likely due to their behavior in the wild, where weakness from illness makes them easier prey for predators. Despite this, there are some symptoms of disease in birds we can keep an eye out for. If you are asking yourself, ‘is my parrot sick?’, AnimalWised can help you have a better idea.

You may also be interested in: Symptoms of a Sick Rabbit
Contents

While we might be aware of a parrot's almost unique ability to repeat phrases, they can't ‘talk’ in the traditional sense. This doesn't mean they don't try to communicate with their human guardians. Instead, they use body language to convey their mood or needs. They do this by displaying a wide range of postures and behaviors. Such displays are reminiscent of their communication methods with fellow parrots in the wild.

One of the typical displays of parrot body language uses ‘fluttering’. This manifests as the parrot grabbing the bars of the cage with beak and talons, then frantically fluttering their wings. The parrot is trying to communicate that it needs attention and/or exercise, indicating it is suffering from boredom.

Crested parrots will use the extra plumage on top of their head to communicate their mood. If it is standing upright, it is because they are excited and on alert. This isn't always a bad thing if they are excited about something positive. Often, it can be because they are agitated. When the crest is pushed back slightly, it intimates a state of peace and relaxation. However, when the crest is fully folded back and they emit a whistling sound, this means they are acutely frightened.

During preening, a bird will often puff out their feathers so they form a ball-like shape. This is normal and helpful behavior. However, if this puffing or ruffling is carried out compulsively when they are not grooming, it is a sign of a problem. If it continues over a long period it is cause for concern.

Some parrot species move their heads laterally in a repetitive motion. It is seen to be a desire for attention, display excitement or may even be part of a mating ritual. As with many behaviors in parrots, if it is repeated too often or anxiously, it could be a sign of stress. It could also be the bird having something stuck in a passageway.

The parrots eyes are also important indicators of the parrot's well-being. If the parrot opens and closes their eyes repetitively, it could be a sign of aggression. If they look at us all of a sudden and then start shutting and opening their eyes, it is likely they are showing curiosity in us. All of these behaviors and many more are part of a healthy parrot's repertoire. If changes occur, they could also be indicative that the parrot is sick.

As we already know, parrots are often very talkative, vocal and sometimes pure noisy animals. If a parrot has stopped talking it may be simply because something has scared them and they are being extra-alert to any changes in their environment. This might occur if there is a sudden noise near their location.

When their environment reverts back to normal, however, so should their behavior. If the bird is quiet for extended periods of time, it is possible there is an underlying illness of which silence is a symptom. When the bird has not made a sound (or the usual types of sound it would normally make), it could be a sign of a physical disease or even a psychological problem.

Parrots will sneeze occasionally to clean their nostrils of the various particles which float around in their environment. If this happens too often, then it stops being a normal behavior. One of the first possible problems we should consider is whether their environment is causing the sneezing. An excess of dust accumulation, tobacco smoke, pungent air fresheners or debris from home repairs could be damaging the health of our parrot.

It is also possible that sneezing is a symptom of a parrot with an underlying viral or bacterial infection. This could be the bird equivalent of the common cold. This will need treatment from a veterinarian qualified in bird-care. Anything which blocks the airways of a bird can result in sneezing, so mites, allergic reactions or even tumors can lead to excessive and/or prolonged sneezing.

We mentioned some parrots moving their head from side to side. This is sometimes accompanied by an attempt to regurgitate something. It may be that there is a foreign body stuck in their airway or their croup. In many cases, it is due to the presence of a parasitical infestation or an infection. This is one of the reasons it is so important to deworm your parrot regularly. As a symptom of diseases in parrots, regurgitation is one of the more obvious ones.

Another concern over parasites can be the effect they have on the skin of the bird. Abrasions and itching are common symptoms of external parasites in birds, causing the bird to scratch at themselves. Dermatitis is something which relatively common, but the causes are not always exactly known. According to a 2018 review of dermatitis cases in Psittacine birds (parrots), fungal infection is unlikely, but bacterial infections are often the cause[1]. The same article also suggests that African grey parrots are the most susceptible to certain types of dermatitis.

If the bird is suffering from anxiety or stress, then insistent scratching can also be a form of stereotypy. Stereotypies are repetitive behaviors or actions which serve no helpful purpose to the bird. These symptoms of stress in parrots might also develop into other harmful behaviors such as self-mutilation.

We already know that parrots are very active, curious and playful animals. When a parrot refuses to eat or remains relatively motionless, it can be the first symptoms of a degenerative disease. They may even appear visibly depressed or sad, moving slowly or even falling off their perch. If we see this happening to our parrot it is imperative we take them to the veterinarian as soon as possible. They may have been developing a disease over a long period of time, but now the symptoms are becoming acute.

Feces is a good indicator of health in a parrot. We must be vigilant if we see changes in coloration, consistency and frequency. If the frequency increases and the consistency is more liquid, the parrot is suffering from diarrhea. Diarrhea in parrots might be a symptom of various diseases in birds such as:

If the parrot's stool changes color to black, it may be due to malnutrition or even if the bird has digested some blood. If the stool becomes clear or translucent, there may be a problem with their pancreas. If they are bright red, then the blood is fresh and is coming from somewhere closer to the end of their digestive tract. The color of the stool can also change depending on the type of food they eat, especially with fruit and vegetables. For example, if we give the parrot blueberries, their stool might turn black, but this is not a sign of disease.

Overgrowth of beak and/or talons

The beak and talons of parrots grow continuously. If we do not provide them opportunity to wear them down, they can develop dangerous overgrowth. However, more than just not having the right toys or accessories to wear down their beak, it can also be a symptom of a medical problem.

Hormonal imbalances, tumors, malabsorption of nutrients or other pathologies can all cause an exaggerated growth of beaks or talons. If we see this overgrowth develop, it is imperative we taken them to the vet. Some causes, such as avian keratin disorder[2]can result in death of the bird.

Tremors or trembling are part of a parrot's natural behaviors, but only in certain circumstances. Bird will quiver both to warm themselves in cool temperatures and vice versa. Grey parrots will also exhibit shivering behavior during breeding season. However, excessive shivering might likely be due to stress. Identifying the stressor is important to prevent this behavior as well as stopping it from getting worse.

As with a cat's coat, a bird's plumage will be able to reveal a lot about their state of health. This is the same for all birds, not only parrots. A healthy bird will have a healthy plumage, meaning their feathers are vibrant and soft. Certain symptoms related to a bird's plumage include:

How to treat a sick parrot

When any of the symptoms mentioned throughout this article present themselves, you should take your parrot to the veterinarian. Unfortunately, not all vets will have the specialized training required to treat parrots, so you will need to source one who has experience with exotic animals. This detail is important because health issues in birds will manifest differently than in other companion animals and will require their own specific treatment.

We should not medicate the parrot without being aware of how the medication affects the bird. Even if we have gone to the vet before with a similar problem, you will need to take them for a fresh examination of their symptoms. This is a problem because many different medical issues in birds share similar symptoms.

If you want to read similar articles to Is My Parrot Sick? - Symptoms of Disease, we recommend you visit our Prevention category.

1 comment
Rating:
Lori
31/05/2022
My cockatiel is very active in many ways but lately
Is My Parrot Sick? - Symptoms of Disease 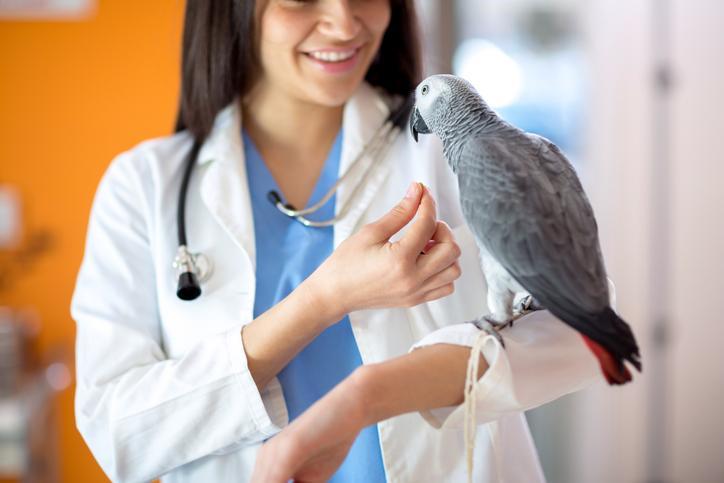 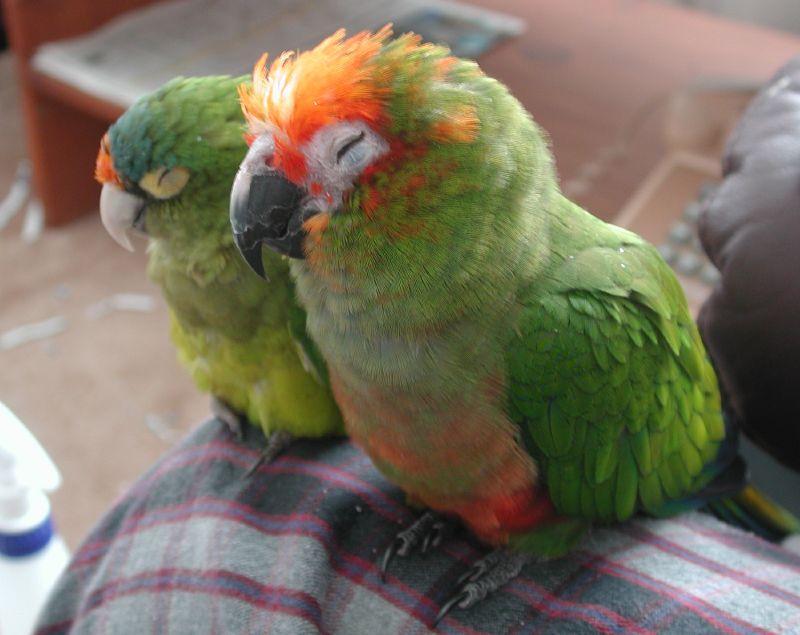 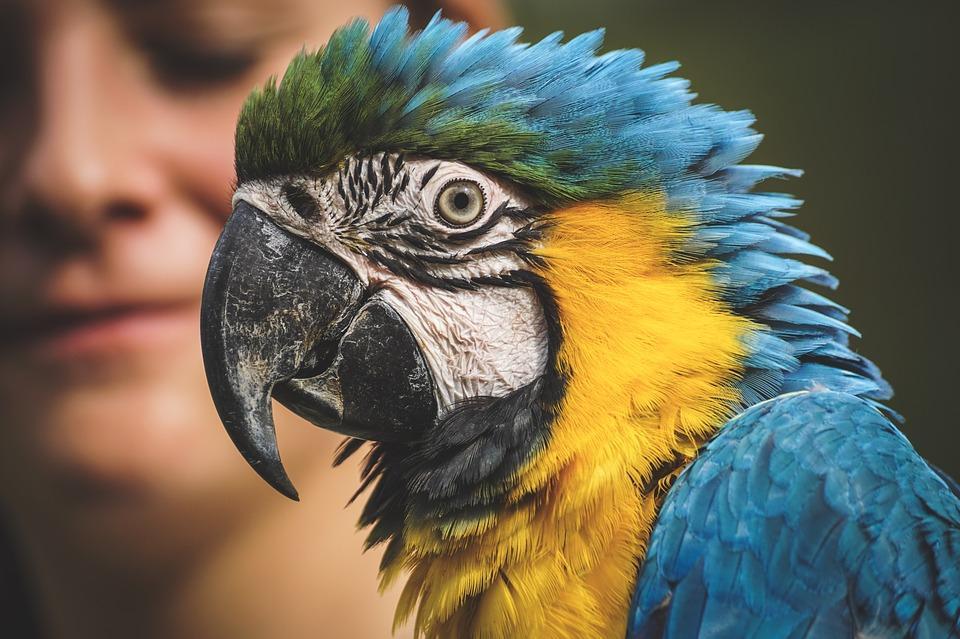 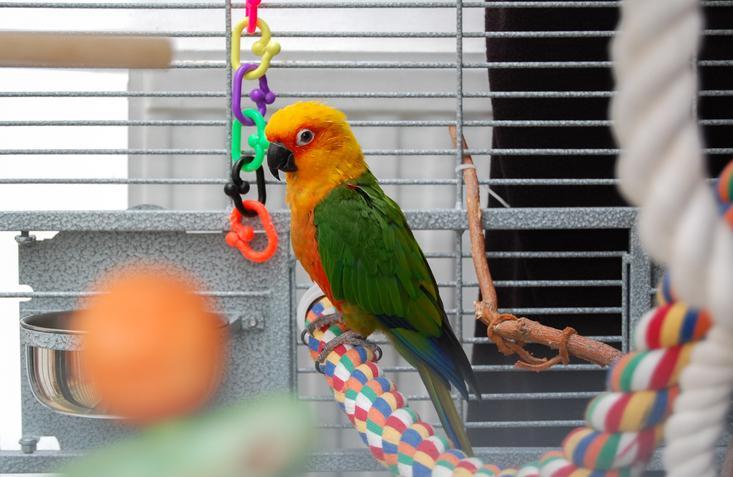 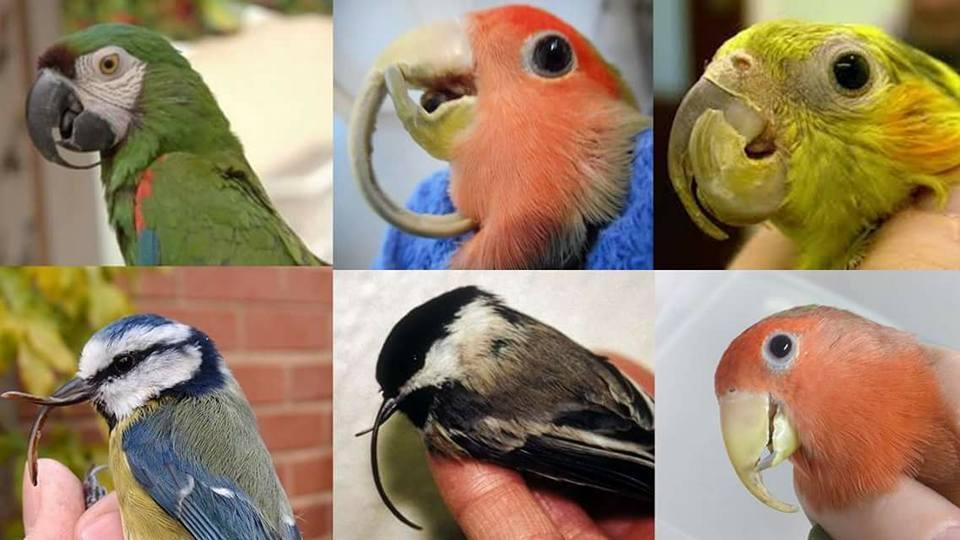 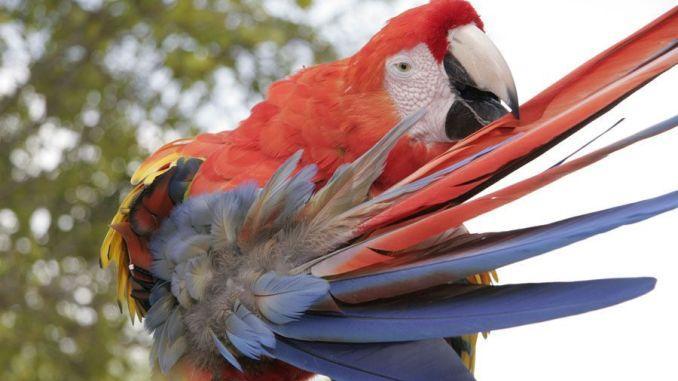 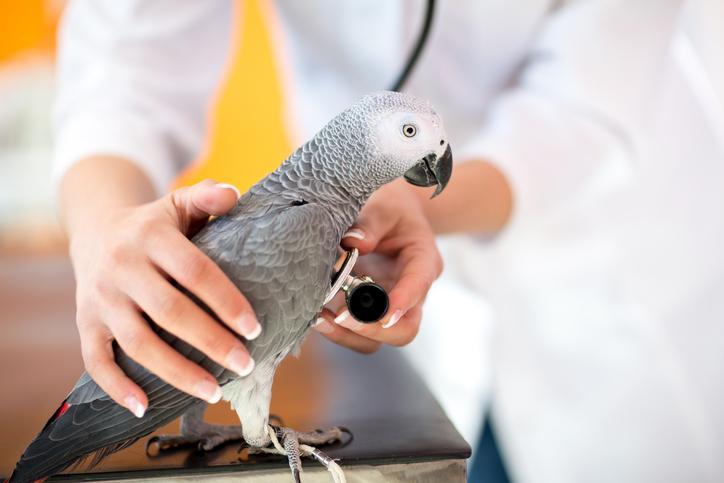 1 of 7
Is My Parrot Sick? - Symptoms of Disease
Back to top