Many people love studying and researching animals from prehistoric times - by prehistoric, we mean those animals that lived here on planet Earth long before human beings came onto the scene. And it's no surprise! Dinosaurs, dire wolves, sabre-toothed tigers are immensely popular as fossils and in toys due to their huge size and epic features. But what about marine prehistoric animals?

It is thanks to fossils that we can discover, name and learn about all kinds of dinosaurs and other animals that lived thousands of years ago. But the biggest and scariest were actually in the water! Giant and threatening animals swam the dark oceans, but luckily you can learn fun facts about marine prehistoric animals here at AnimalWised, from the safety of your home.

You may also be interested in: Aquatic Reptiles - Types of Marine and Freshwater Reptiles

As you know, the Earth is made up of 30% land and 70% water. What does this mean for us? It means that there are probably more marine animals that terrestrial ones, hidden away in the depths of the seas - and we humans haven't discovered them all yet! Of course, this makes coming across unknown species all the more exciting.

The difficulty of seabed research makes the search for fossils arduous and complicated. However, as a result of these investigations new animals are discovered each year.

The megalodon was a shark of great dimensions that dwelt in the sea up to two million years ago - which in geological time is quite recent. It is not known with certainty whether it shared habitat with dinosaurs, but in any case the megalodon is certainly one of the most chilling prehistoric animals.

Measuring about 16 meters (52 feet) long - although it may have even been bigger - its teeth were far larger than our hands. That certainly makes the megalodon one of the most powerful animals that ever existed on Earth. And it was probably spread all around the planet! The reason behind its extinction is still not known.

Image: Recreation of the size of a megalodon
Image: A megalodon jaw

The liopleurodon did not have any predators at the time, which means it was the undoubted winner. The size of this animal generates controversy from researchers, although they usually speak of a reptile measuring some 7 meters (23 feet) or more. It is true that its huge fins made it a lethal and agile killer of the seas. They became extinct with the dinosaurs, for reasons that haven't been cleared up yet; scientists consider an asteroid impact that affected all ecosystems, including the marine ones, or massive volcanic eruptions.

While the megalodon is reminiscent of a giant shark and the liopleurodon of a crocodile, the livyatan is, without doubt, a distant relative of the sperm whale.

It lived some 12 million years ago, which means it cohabited with the megalodon, in what now is the desert of Ica (in Peru). The Livyatan melvillei was discovered for first time in 2008, and it was named after Herman Melville, author of Moby Dick. It could be 17.5 meters (57 feet) long and with its enormous teeth, there is no doubt that it was a terrible predator. It probably became extinct with the megalodon, maybe because of changes in the oceans.

This prehistoric marine animal was a fish that lived around 370 million years ago, in the Paleozoic Era. Therefore, it's the oldest one in our article.

The real size of large predators is reflected in the size of the teeth that they had to hunt with, and this is used by scientists to guess how large was the rest of their body. This is the case of the Dunkleosteus; it didn't exactly have teeth, but its jaw was made of plates that could be opened and closed at incredible speed.

The largest species, Dunkleosteus terrelli, was 6 meters (20 feet) long and could weight about a ton. This carnivorous fish ate everything up, even its own species. They were Placodermi, that is, their body was armored in plates.

Nicknamed as such because of the physical similarity with the scorpion that we now know; however, this prehistoric marine animal is not related to contemporary scorpions at all. Its proper scientific name is Eurypterid, and it's related to arachnids.

Measuring 2.5 meters (more than 8 feet) in length, the sea scorpion was devoid of poison to kill to their victims, which would explain its later adaptation to fresh water. It became extinct 250 million years ago, in the Paleozoic Era, and they coincided in part with the Dunkleosteus family of fish.

These have been some fun facts about marine prehistoric animals. Some other interesting - and terrifying! - predators include the Shastasaurus, a reptile 21 meters (68 feet) long; Elasmosaurus, a 14 meters (45 feet) reptile that swallowed stones whole, or the Mosasaurus, which looked like a 15 meter (50 feet) crocodile.

If we've forgotten your favorite, tell us in the comments section!

If you want to read similar articles to Marine Prehistoric Animals, we recommend you visit our Facts about the animal kingdom category.

What are the Most Common Types of Seashells?
The 5 Biggest Marine Animals in the World
What is the Story of the Rainbow Fish?
Marine Animals of Baja California
Related categories
Endangered animals
Most read
1.
What Animal am I According to my Zodiac Sign?
2.
What Does It Mean When a Cat Shows Up at My Door
3.
10 Most Beautiful Animals in the World
4.
The 10 Most Solitary Animals in the World
5.
How Many Types of Lions Are There?
6.
Why do Dogs Get Stuck when Mating?
7.
10 Smells that Attract Cats
8.
Animals With Scales - Full List
The 6 Most Powerful Legendary Creatures
The 7 Rarest Marine Animals In The World
The Origin and Evolution of Animals
Types of Snails - Marine and Terrestrial
Living and Extinct Prehistoric Birds - Evolution of Birds
Animals Without A Brain - Names & Characteristics
How do Reptiles Breathe? - Reptile Facts
A Complete List Of Desert Animals 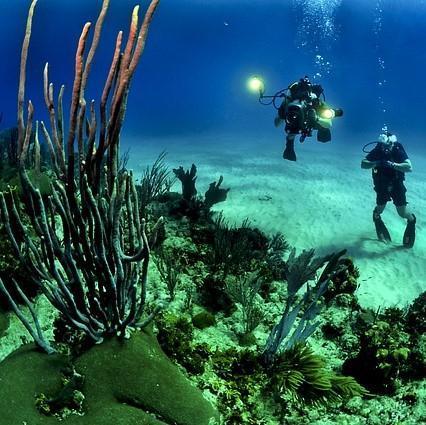 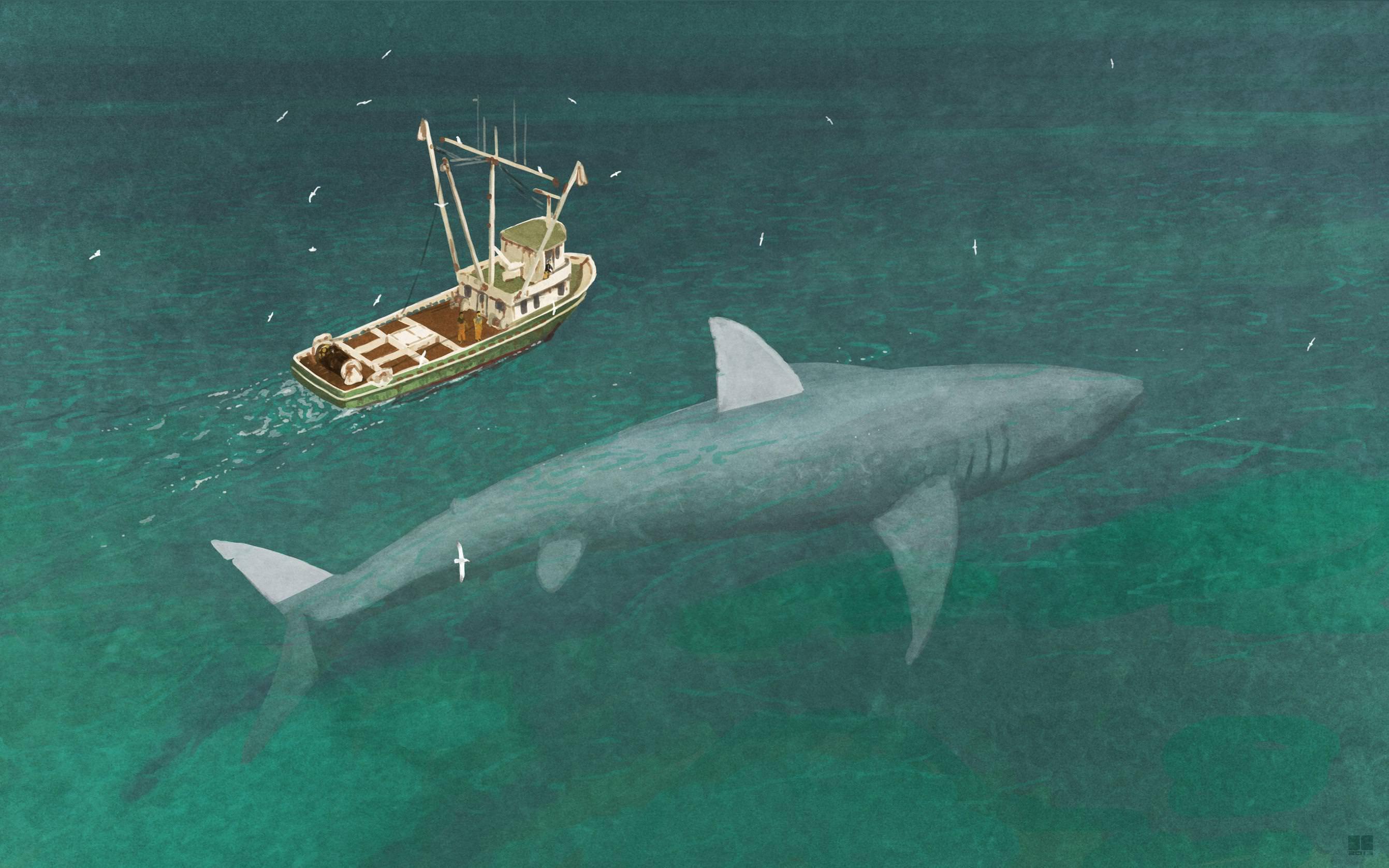 Image: Recreation of the size of a megalodon 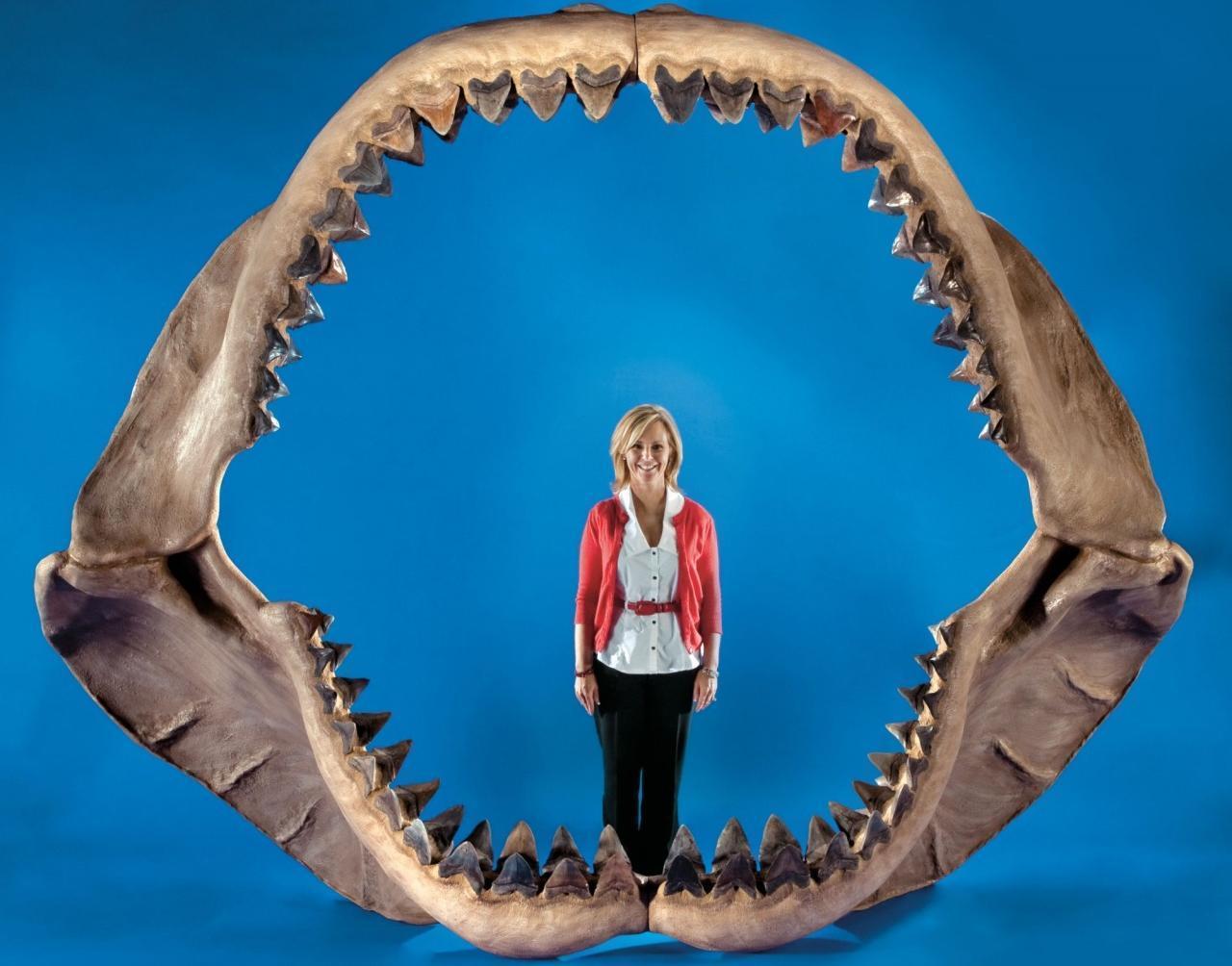 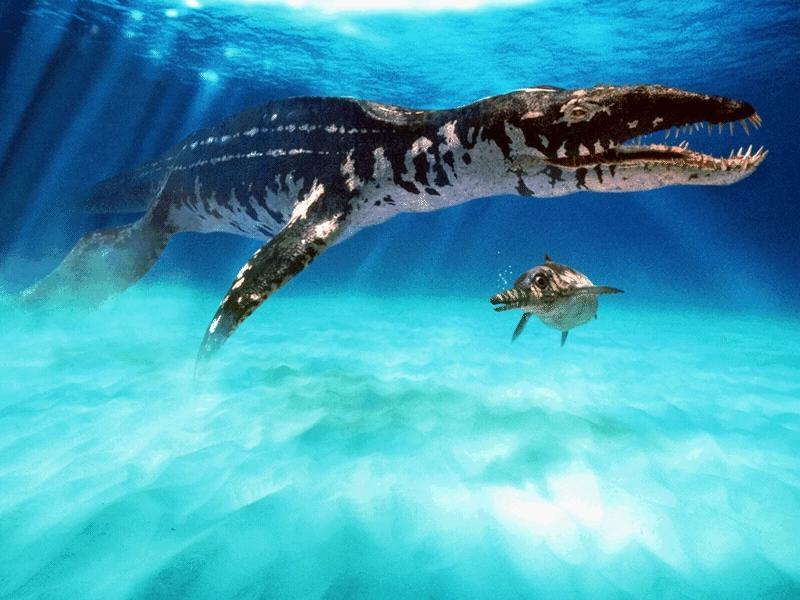 Image: Recreation of a liopleurodon 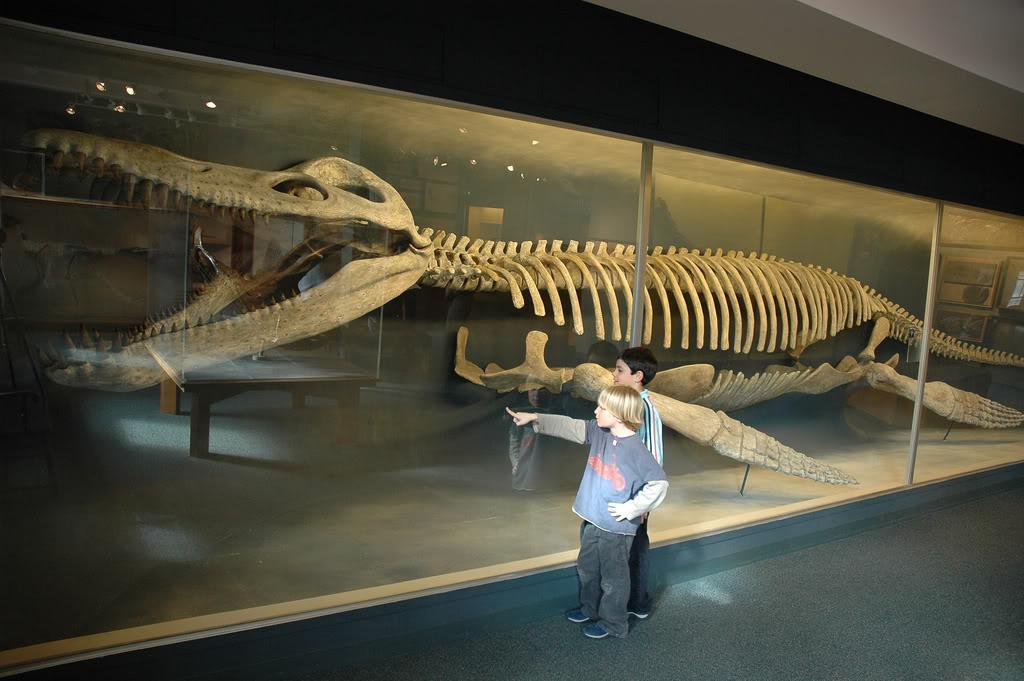 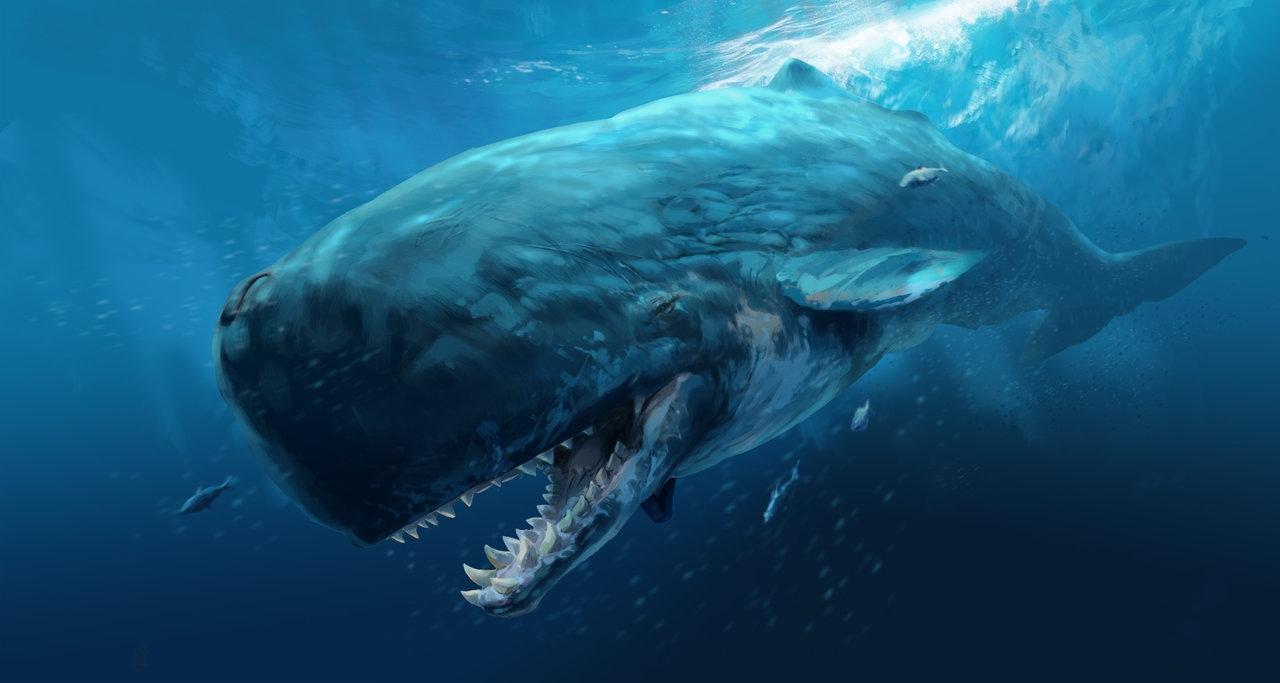 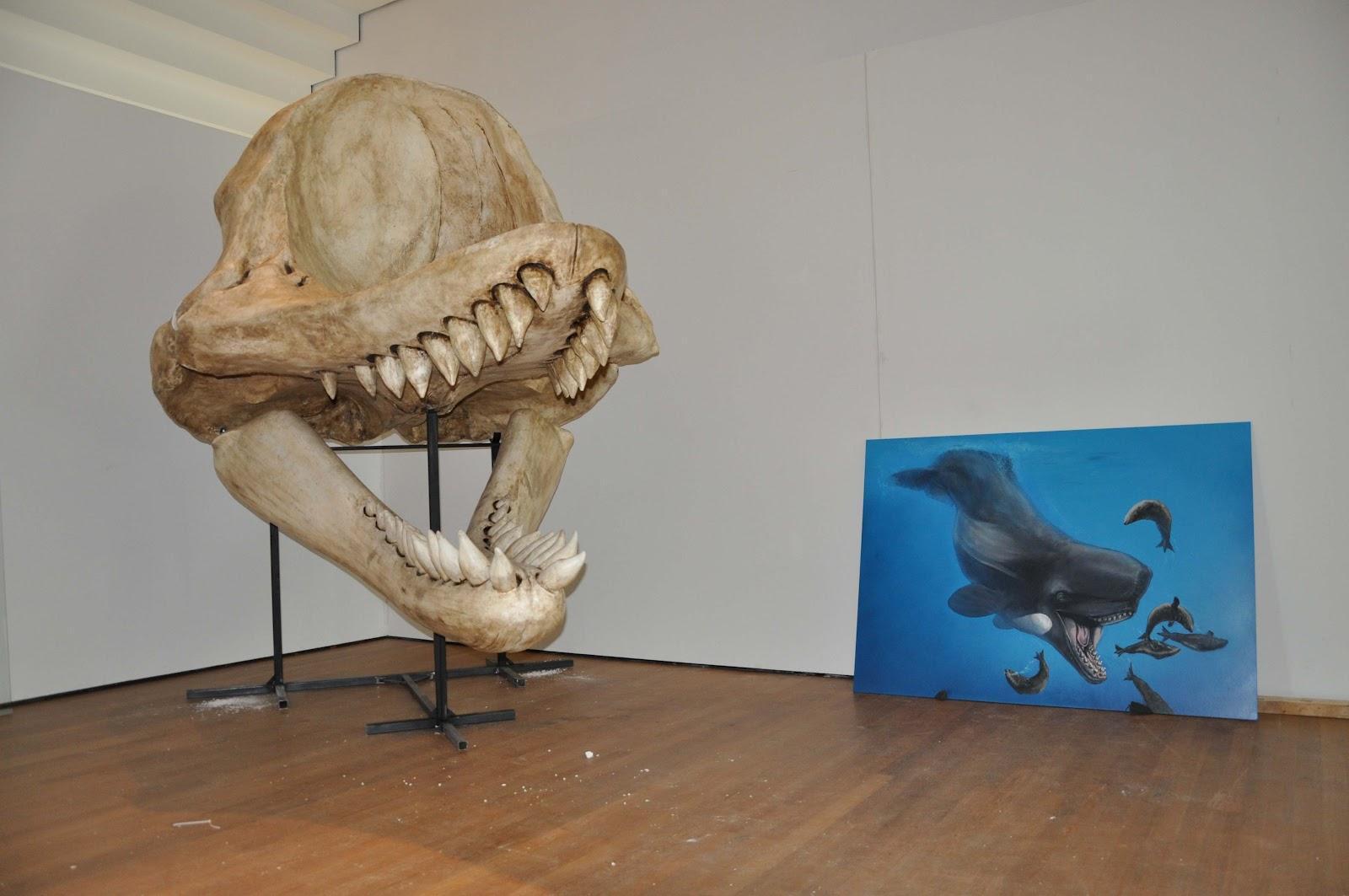 Image: Recreation of a dunkleosteus 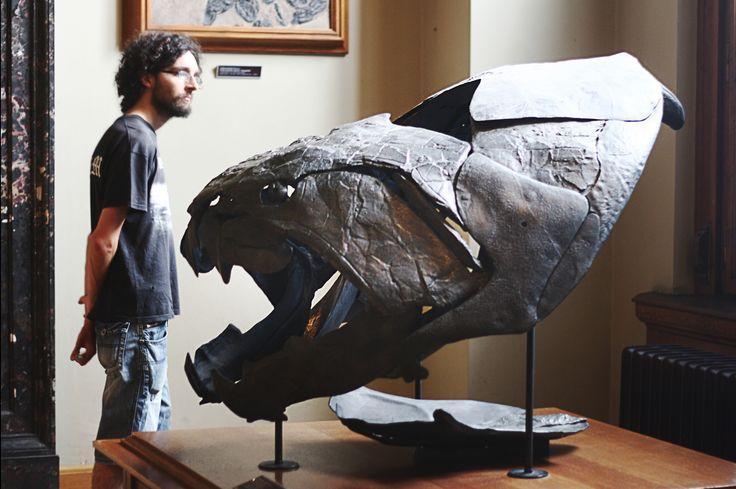 Image: Fossil of the head of a dunkleosteus 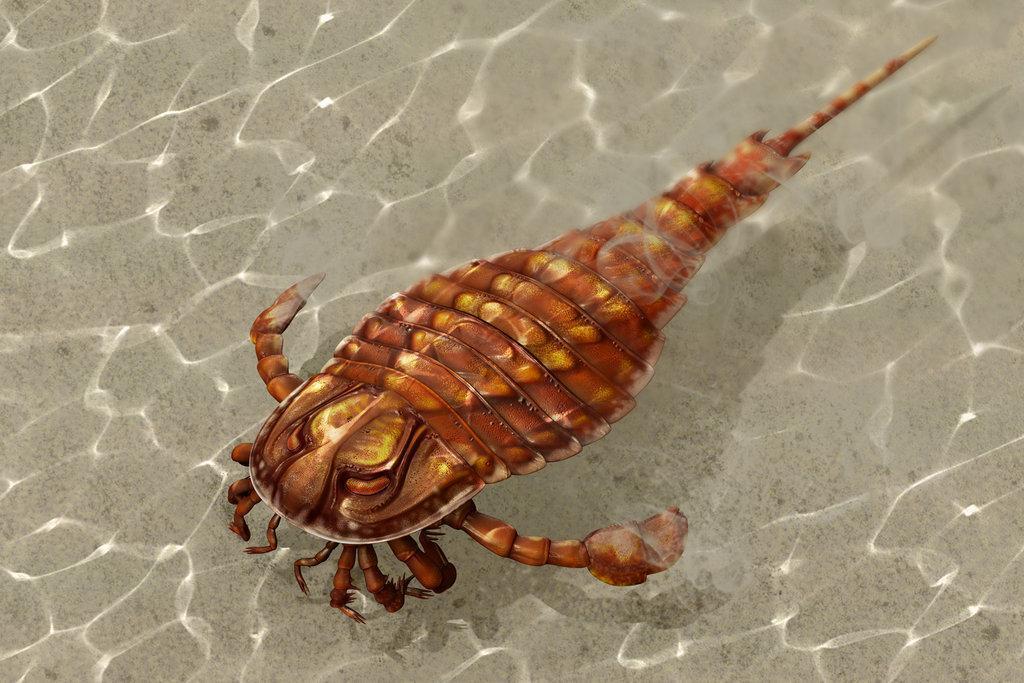 Image: Recreation of a sea scorpion

Image: Fossil of a sea scorpion
1 of 11
Marine Prehistoric Animals
Back to top