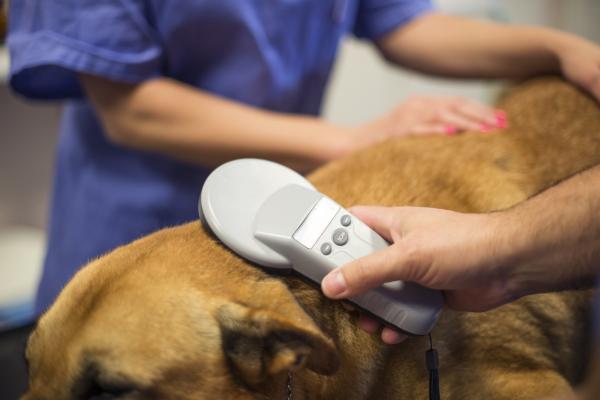 If you take a cursory look at microchip implants on animal blogs, you will see they are almost unanimously recommended for domestic dogs. This is not simply the opinion of bloggers or lay animal lovers. It is generally accepted by the veterinary community and has been enforced by different governments worldwide as a matter of public policy. However, there is still some dissent over whether or not a microchip implant for dogs is as beneficial to canines as such policies would suggest. This is why AnimalWised takes a look at microchipping dogs to better understand how they work, why they are recommended and to assess any problems which may arise from their use.

You may also be interested in: Caring for Blind Dogs
Contents

How do you microchip a dog?

The microchip used for a dog is very small, generally described as being only a little larger than a grain of rice. According to the British Veterinary Association (BVA), the smallest available are around 8 mm long and 2 mm wide, but most tend to be 12 mm long[1]. While there is a possibility of making the chip smaller, they cannot be made too small otherwise they run the risk of assimilating into the body. There may be some mild structural differences depending on the chip manufacturer, but they generally conform to a similar design.

A microchip is inserted into the skin in a relatively painless procedure and does not require surgery. Before the microchip is administered, there are two important checks to be made. Firstly, the dog needs to be scanned to ensure they don't already have a chip inserted. Secondly, the chip itself needs to be read by a scanner to ensure it works. Otherwise you will be needlessly inserting a malfunctioning chip.

The microchip comes prepacked in a syringe which is usually a little over 2 mm in diameter to accommodate the chip. While this is a little bigger than the type you would use for vaccinations, it should not cause the dog tremendous pain. The vet will hold the dog's skin at the shoulder on the dorsal midline between their fingers and then insert the needle. Most application packs will have a syringe which clicks when it has been properly inserted, telling the vet that it has been completely inserted.

Some dogs may feel a little pain, but more concerning is their temperament. If they are generally quite fearful or skittish animals, then the application should be carried out by two people so that the dog may be properly restrained. There may be a little blood or slight scabbing, but it will be minimal. Being on the back of the shoulder, the dog should not be able to reach the insertion site.

In many regions, those who work with dogs regularly can take a short course to qualify themselves for administering the chip. It is generally advised to go to the vet to get your dog microchipped as they will be best able to perform the administration and troubleshoot in the unlikely occurrence of complications.

Do you have to microchip your dog?

Whether you legally have to microchip your dog will depend on where you live. All dogs in the United Kingdom are required to be microchipped as are those in Israel and parts of Australia. Some require dogs which are imported into the country to have a microchip implanted, but domestic dogs are not legally required to have the procedure.

In the UK, it is illegal to have a dog which is not microchipped after the age of 8 weeks. In the Republic of Ireland, the dog can be up to 12 weeks of age. If a dog is not microchipped in the UK, you could face a fine of up to £500[2]. You also have to register the dog with the correct authority. There may be exceptions for older dogs or those with poor health. The United States does not require mandatory microchip implantation for dogs, although most jurisdictions do recommend the practice.

Why do veterinarians recommend microchips for dogs?

A dog is implanted with a microchip for two main purposes. Firstly, it will help secure the safety of the individual dog. Secondly, there is a great benefit to the dog population as a whole. For the dog and pet guardian the main benefits are the following:

Microchipping benefits the dog population as a whole as it helps to reduce the chances of abandonment. Unfortunately, not all dogs who wander are lost. Some have been deliberately abandoned. If the dog has been chipped, the original owner can be tracked and prosecuted if necessary. It acts as a deterrent for the general abandonment of animals.

Another potential benefit is to stop the abuse of dogs involved in criminal activity. If dogs are microchipped, but then are proven to have been involved in illegal dog fighting, the owner can be better traced for prosecution.

These benefits are not comprehensive, but they are designed to help reunite lost dogs with owners as well as generally act as a deterrent for abusing animals. What they cannot yet do is act as a GPS if the dog is lost. A GPS microchip implant needs to be charged and is much too large to be placed in a small animal. There was hope in 2014 when an American company called ‘Escape Alert’ claimed to be patenting technology which would meet this remit. Unfortunately, the alleged scheme turned out to be a Kickstarter scam and the perpetrator was imprisoned for the offence[4].

A dog can still be tracked with a GPS. You can attach a GPS receiver to your dog's collar, but they need to be recharged and can be easily removed, meaning they do not have the same benefits of a microchip.

Are there other benefits to microchip implants in dogs?

There are some other inessential, yet potentially very helpful uses for microchipping your pet. If you have a dog which is allowed outside, you can have a special pet door which is programmed to only open when the dog passes in front of it. Other animals, especially cats, cannot enter without their own corresponding chip. It also means very slim burglars are also deterred, something those with large dogs may want to consider.

Microchip opened pet doors are also useful as they can be programmed to only allow them inside or out at certain times. Pet guardians can get on with their day without having to attend to their dog every time they want to be let outside. It can also help with damage and noise if there are dogs who will scratch or howl to be let in. Of course, this should not be a replacement for interaction with your dog, so you need to ensure your bond is maintained in other ways.

If you have more than one dog, you can buy pet feeders which open when the dog approaches. Doing so allows only one dog (or animal if you have other pets) to eat from a particular feeder. For those who have to work during the day, it can also be useful for ensuring your animal doesn't eat all of their food at once. You can program them to only open at certain times so they won't eat too early. This can help with obesity prone dogs, but also keep the food fresh as it won't be exposed to the air as much.

What are the risks of implanting a microchip in your dog?

Many different countries and legislatures don't see implanting microchips as a priority, with the vast minority yet to pass it into law. Such a fact does not prevent encouragement by various veterinary and animal welfare associations worldwide. However, there are individuals who look to the research on microchip implants for dogs and claim them as unsafe. One such naysayer is Richard Allport, a British veterinarian based in Bath, England. His claim is that microchipping, especially in puppies at the 8 week stage, is dangerous and potentially fatal[5].

The research used to formulate this opinion, however, suggests the risks are in actuality extremely low. The World Small Animal Veterinary Association (WSAVA) has picked up on this and other reports for dangers related to microchipping[6]. They point out that initial research suggesting dangers was carried out in the 1990s during the infancy of this technology with such research quoted by sources being unavailable and, therefore, unreliable. Some reports claim the microchip is cancer causing, but the research to suggest this has been carried out on mice implanted with the chip which were already predisposed to tumors. They also point out the scientifically unreliable nature of transposing symptoms from one animal to another.

The UK has a system where reports of microchip related health problems can be submitted and in 10 years, only 2 of 3.7 million animals reported a possible link between implantation and tumor growth, neither of which are conclusive. The conclusion of the WSAVA report is that, while impossible to say that there will never be any potential risk to the animal, there is no conclusive evidence to support realistic danger and “the benefits available to implanted animals far outweigh any possible risk to the health of the animal”. This is a conclusion with which we agree. Suggestions otherwise seem to have some bias against the ‘unnatural’ manner of microchipping and may have ulterior motives in their renouncing of this helpful program. If you are yet to microchip your dog, we suggest you speak with your veterinarian about microchip implantation and at least consider if it is an option beneficial to you.

If you want to read similar articles to Microchip Implants for Dogs, we recommend you visit our Extra care category.

I Can't Take Care of My Dog Anymore
Massages for your Dog's Ears
My Dog is Dying - Palliative Care for Dogs
Caring for a Dog After Spleen Removal
Related categories
Skin careEar careHeatBasic careDental hygieneEye care
Most read
1.
When Does a Dog Go Into Heat After Having Puppies?
2.
Third Eyelid Showing in Cats - Causes and Treatment
3.
Why Is My Pregnant Dog Not Eating?
4.
Why Has My Cat Only Had One Kitten?
5.
Dog Pregnancy - Week by Week
6.
How do Horses Mate? - Horse Reproduction
7.
Possums as Pets: General Guidelines and Tips
8.
How to Control a Male Dog Around a Female in Heat
Plants that are Toxic for Dogs
Adopting a Blind Cat
Caring for a Neutered Cat
New
Dog-Friendly Plants for the Home and Garden
Caring for Kittens
10+ Plants Safe for Cats
Benefits of Olive Oil for Cats
Caring for an Alaskan Malamute in the Summer 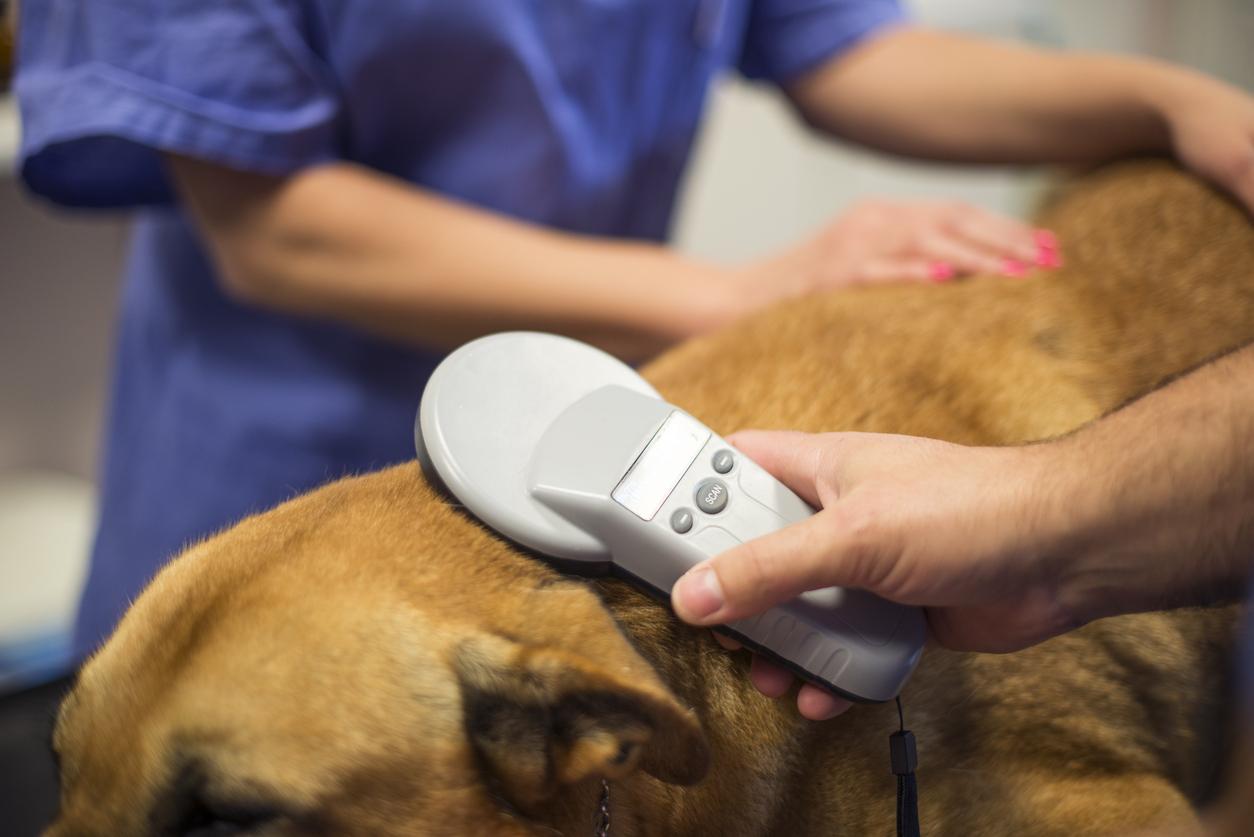 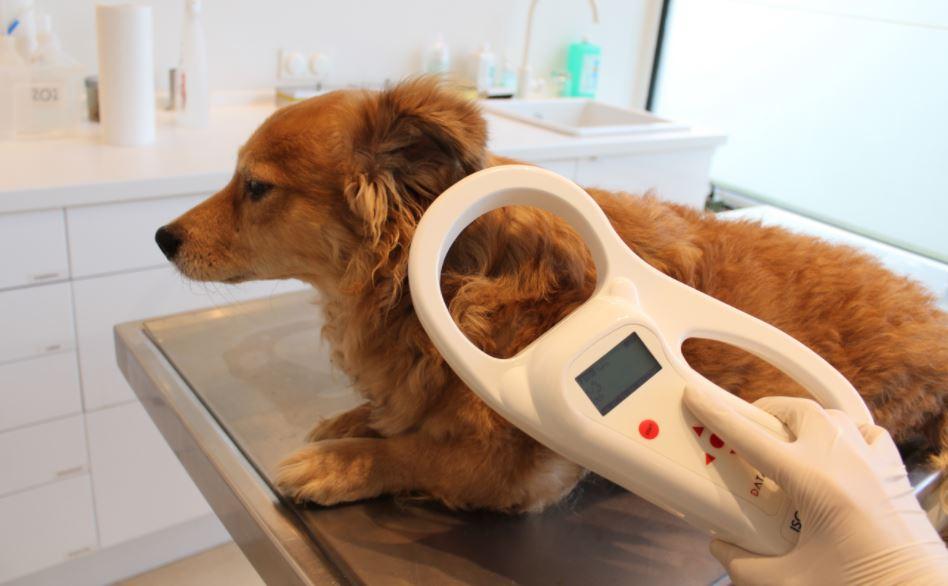 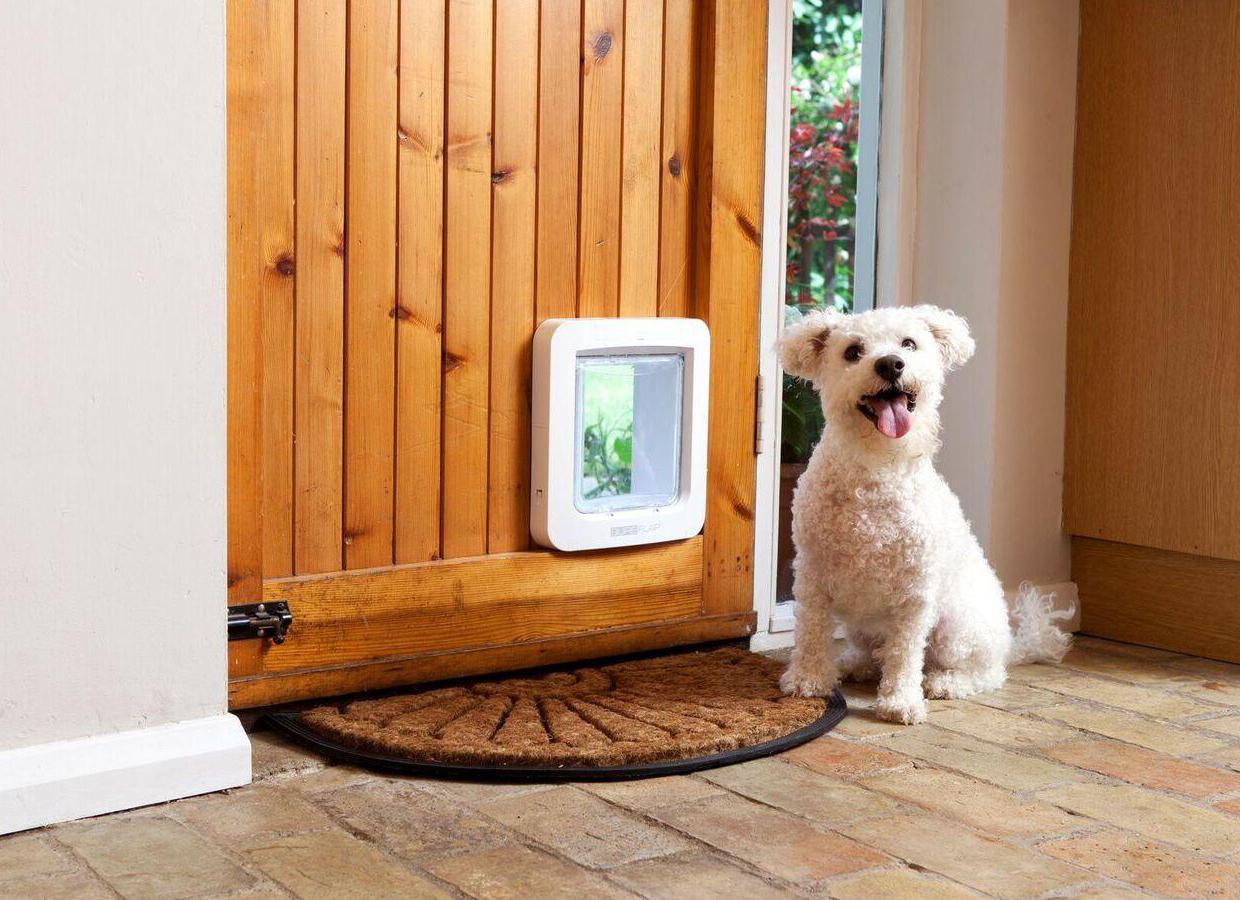 Image: cnet.com
1 of 3
Microchip Implants for Dogs
Back to top