Molting or Shedding in Ferrets 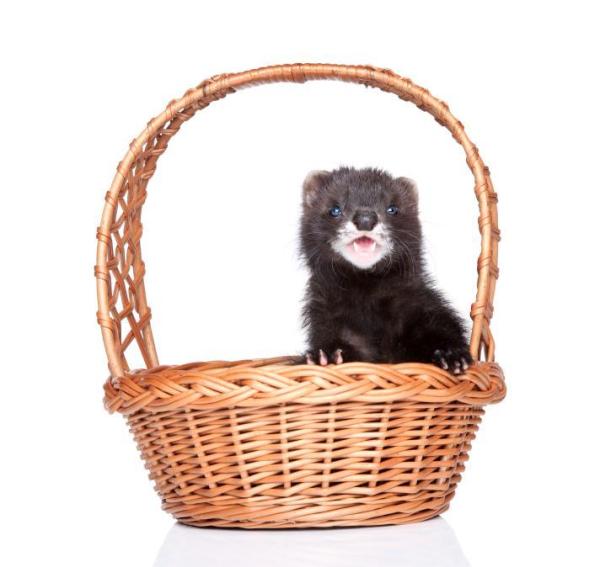 Did you know that ferrets molt or shed their fur? Ferrets, like other mustelids and mammals in general, shed their coat depending on which season they are about to enter.

This molting process is much more pronounced in wild animals than those bred in captivity for commercial sale, as there is more cause for protection against the natural elements if you do not have the protective safety of a domestic environment.

You might find that when you pet your ferret, some hair comes off in your hands. This is usually normal, as the molting process is a natural one. However, you do need to keep an eye on abnormal shedding in case it is a sign of something wrong with the ferret's constitution.

Keep reading this AnimalWised article to learn everything about molting or shedding in ferrets.

You may also be interested in: Caring for a Molting Canary
Contents

Ferrets usually molt four times a year. The coat is of its best quality at the beginning of winter after the first molt and looks particularly beautiful.

When spring approaches, the coat starts to thin in preparation for the upcoming heat. When summer arrives they lose a lot more fur in order to cool down as much as possible. At the beginning of autumn, the ferret begins to regrow its fur and restart the natural process of molting.

Domestic ferrets also experience molting, but to a lesser extent than their wild counterparts whose life is exposed to much more radical changes in temperature.

It is advisable to brush your domestic ferret frequently with a soft, thick-bristled brush. At first, brush against the grain with short movements, rotating the wrist a quarter turn to lift the dead hair.

Once you have finished the preliminary brushing against the grain, brush with the direction of the hair with long and gentle strokes. You will have removed a lot of dead hair from the first brushing and it will have accumulated in the brush. You can remove this by using an old comb.

Here you can learn more about ferrets as pets with our guidelines and general tips.

Holding the ferret when brushing

The ferret is a mustelid, which is a collective term for a range of short legged animals such as the weasel, badger and wolverine. A common characteristic of the ferret and its related species is aggression. Fortunately for humans, such ferocity is usually restricted to smaller animals whom it considers prey.

Furthermore, the domestic ferret is born in captivity and accustomed to human contact from birth. However, genetic predispositions can still have an effect on an animal, so it can often be a little temperamental.

Therefore, a ferret owner must pay proper attention when handling their pet during brushing. You must not hurt the ferret with the wrong comb or brush or with excessive force, which causes discomfort. If you handle it incorrectly, the ferret will not hesitate to suddenly squirm and give you a painful bite with its sharp teeth.

Ferret hair loss due to other causes

Ferrets can lose hair for reasons other than molting. A poor diet is a common cause. Ferrets are carnivores and require a diet which has around 32-38% of animal protein. They also require around 15-20% of animal fats to maintain a healthy lifestyle.

Vegetable protein, such as soybean, is not properly metabolized by the ferret's body. Your vet will properly inform you about the specific diet for your ferret. It is harmful to overfeed a pet ferret. If you have any doubts, here you can learn what is the best diet for a pet ferret.

Another reason why your ferret may suffer abnormal hair loss is that the animal is not sleeping properly. The ferret is crepuscular, meaning that it is most active from dusk until dawn. During its 10-12 hours of sleep, it needs to be in absolute darkness in order to absorb the necessary melatonin to prevent it from becoming ill. Sleeping poorly can cause it potentially fatal disorders.

If you think your ferret might be suffering from something more malign than the natural process of molting, ask advice from your vet immediately.

Here you can learn more about pet ferrets and how to care for them:

If you want to read similar articles to Molting or Shedding in Ferrets, we recommend you visit our Skin care category.

How to Moisturize My Dog's Skin
My Cat Is Not Grooming Themselves Anymore
Home Remedies for Ticks on Horses
Is Sea Water Good For Dogs Skin?
Related categories
Extra careHeatFur careEye careBasic careEar care
Most read
1.
When Does a Dog Go Into Heat After Having Puppies?
2.
Third Eyelid Showing in Cats - Causes and Treatment
3.
Why Is My Pregnant Dog Not Eating?
4.
Why Has My Cat Only Had One Kitten?
5.
Dog Pregnancy - Week by Week
6.
How do Horses Mate? - Horse Reproduction
7.
Possums as Pets: General Guidelines and Tips
8.
Can You Touch Newborn Puppies?
How To Treat A Dog’s Paw Pad Injury
Can I Wash my Cat with Shampoo?
Caring for a Dog's Wrinkles and Skin Folds
Aloe Vera for a Dog's Paw Pads
Can I Bathe my Rabbit?
Why Do You Give Chinchillas Dust Baths?
When to Bathe a Boxer Puppy for the First Time
Homemade Flea Treatment for Kittens

Molting or Shedding in Ferrets 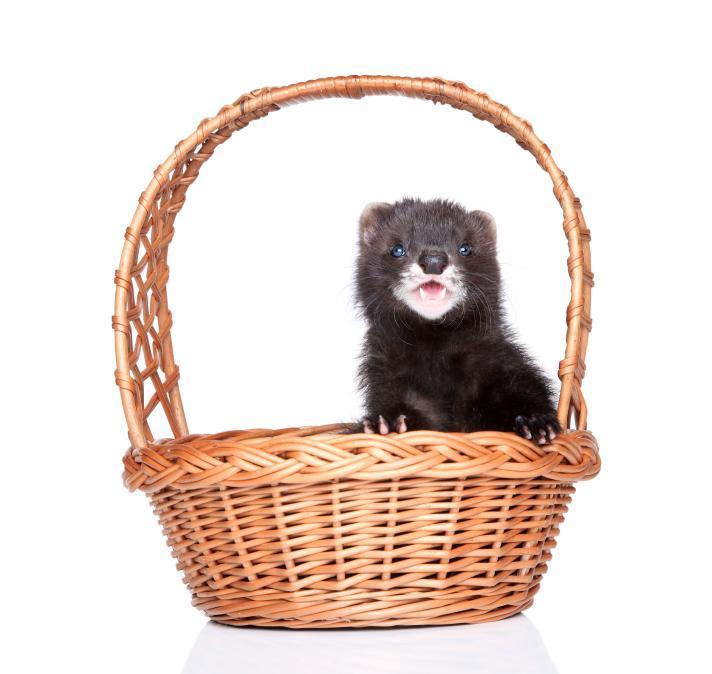 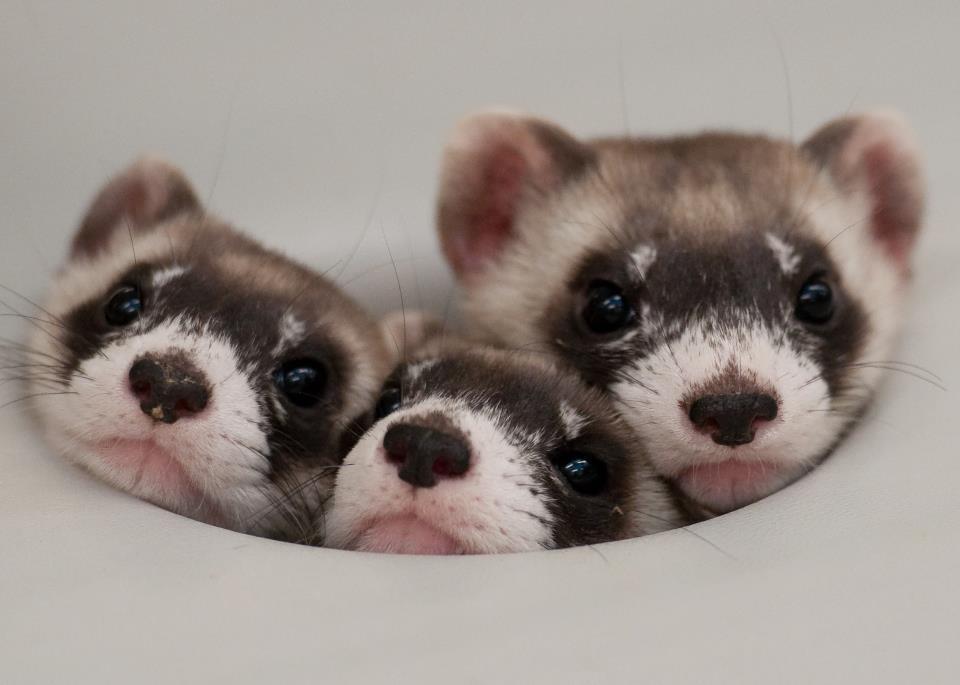 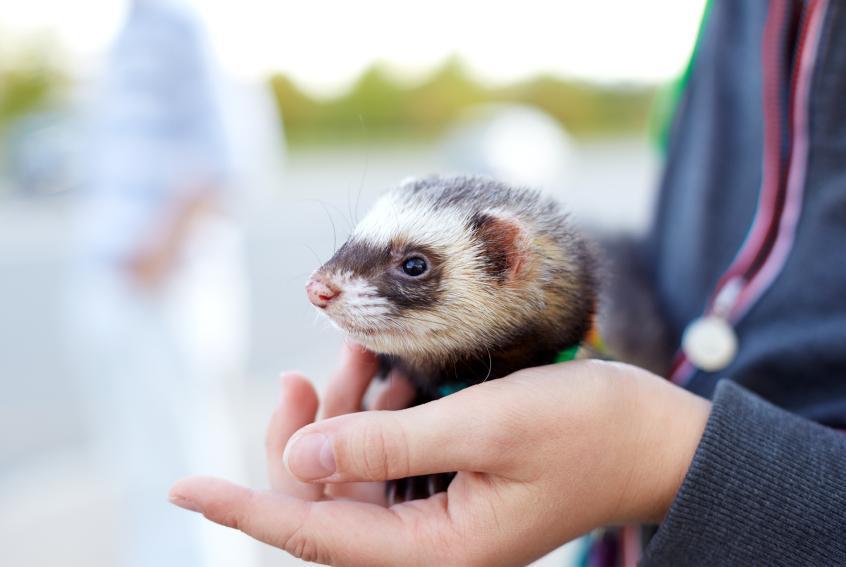 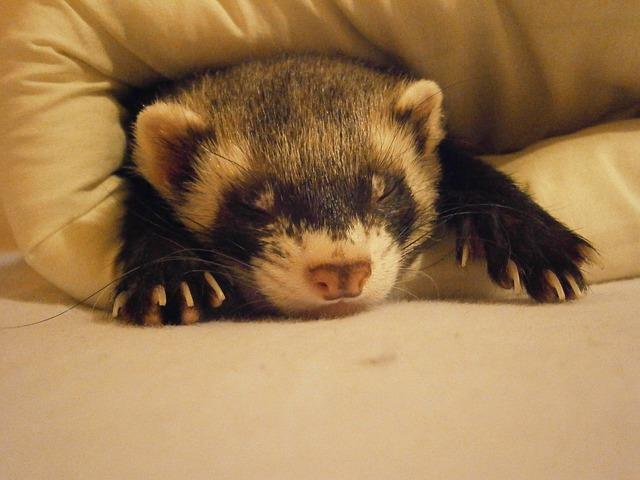 1 of 4
Molting or Shedding in Ferrets
Back to top