Monkeypox in Dogs and Cats - Contagion and Prevention

By Josie F. Turner, Journalist specialized in Animal Welfare. May 29, 2022 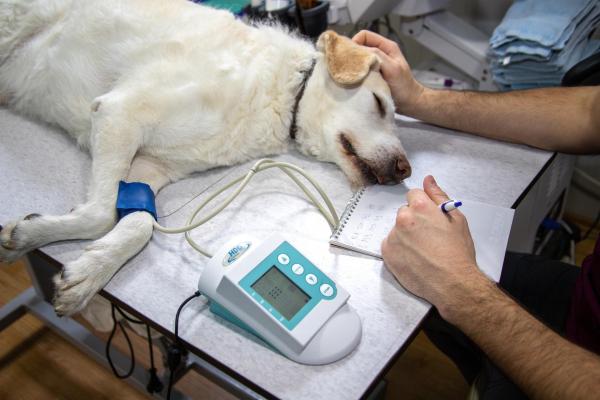 Due to the recent outbreaks of monkeypox reported outside its endemic African regions, there is cause for concern over the spread of this viral disease. As a zoonotic disease, the virus can be hosted in both humans and animals. This means the welfare of both human and animal family members is potentially at risk. At present, the information regarding monkeypox and its affect on our pets is not well understood. In this context, various international authorities have proposed a series of recommendations as risk-prevention measures.

At AnimalWised, we provide the current information about monkeypox in dogs and cats. We look at whether contagion can occur in pets, what a monkey virus infection might look like and what prevention methods need to be maintained.

The disease known as monkeypox is due to infection from the monkeypox virus. This is a member of the genus of Orthopoxvirus viruses which also includes smallpox, camelpox and others. It is a zoonotic disease, meaning it can be transmitted from animals to people. Despite the its name, monkeys are not the main reservoir of the virus. It is most commonly spread by small rodents such as squirrels, dormice, rats and mice.

Monkeypox was first detected in humans in 1970 in the Democratic Republic of the Congo. To date, it has been considered an endemic disease in jungle areas of the African continent where thousands of cases occur each year. Outside of Africa, outbreaks had only been documented in the US, UK, Singapore and Israel. All prior outbreaks were linked to imported cases or contact with animals from endemic areas.

More recently in 2022, cases of this disease have been identified in various countries around the world. Spain, Portugal and the United Kingdom appear to be the most affected. The susceptibility of some animal species (e.g. rabbits, prairie dogs, hedgehogs and guinea pigs) has been shown in clinical environments and in some specific outbreaks. The currently available evidence about small mammals like dogs and cats is very limited.

Research points to a relatively low risk infection of cats and dogs. This is partly due to the fact no case of monkeypox has been reported in either animal. However, various national and international health authorities have recommended the isolation of all mammalian pets (especially rodents) that may have had contact with people who are sick or suspected of being infected. This is due to the risk potential for disease transmission from people to animals, even if it is not currently well understood.

Learn more about disease contagion between animals and humans with our guide to zoonotic diseases in dogs.

Cause of monkeypox in dogs and cats

As we have already stated, the causal agent of monkeypox is a virus of the genus Orthopoxvirus. This is the same genus to which the smallpox virus belongs, the cause of a viral disease which was eradicated worldwide in 1980.

Monkeypox virus has two phylogenetic lineages (clades) associated with the two most affected regions of Africa:

Symptoms of monkeypox in dogs and cats

To date, no case of monkeypox infection in dogs or cats has been reported by the World Organization for Animal Health (OIE). For this reason, the clinical signs with which this pathology could occur in our pets are not precisely known. To obtain a possible clinical picture in dogs and cats, we can look at those which present in similar species.

In general, monkeypox presents symptoms similar to those produced by human smallpox, although it is considered milder. The most frequent clinical signs are:

Other diseases can have similar symptoms. Find out more in our article on why a cat has scabs.

Diagnosis of monkeypox in dogs and cats

The laboratory test required to diagnose monkeypox is the Polymerase Chain Reaction (PCR) test. This is due to its high sensitivity and specificity. Other tests such as immunohistochemistry or electron microscopy can also be used.

Specifically, the samples required for diagnosis need to be taken from skin lesions. This can include scabs or fluid from vesicles or pustules.

Infection of monkeypox in dogs and cats

Monkeypox transmission can occur by:

Taking into account the possible transmission routes of the virus, we can infer that dogs and cats exposed to the greatest risk of infection are:

Is monkeypox spread between animals and people?

As we have previously stated, monkeypox is a zoonotic disease. Contagion can occur from people to animals and vice versa. Although dogs and cats are not the most affected, it is equally important to take the preventive measures that we explain below.

Treatment of monkeypox in dogs and cats

There is currently no specific treatment for monkeypox. Antiviral agents such as tecovirimat that have recently been authorized for use against monkeypox due to their experimental efficacy. These will help slow the proliferation of the virus and encourage a suitable immune response.

Although there is no curative treatment, it is necessary to establish supportive therapy in infected patients to relieve symptoms, control complications and prevent sequelae. Support treatment is based on:

Prevention of monkeypox in dogs and cats

As we have mentioned, to date no cases of monkeypox have been detected in dogs or cats. However, given the susceptibility of multiple animal species demonstrated both naturally and experimentally, health authorities have recommended adopting a series of preventive measures with all mammalian pets that have been potentially exposed to the virus.

The main prevention measures include:

As we cannot explain smallpox to animals, they are likely to have a negative response to quarantining. Limitations to their normal routine can be very stressful for companion animals. For example, we cannot take dogs outside for exercise and cats will need to remain indoors. For this reason, we also need to manage their emotional well-being. This includes improving their environmental enrichment, providing treats and finding ways to reduce their stress.

Take a look at our article on why a dog is stressed out a lot to learn more about what you can do.

If you want to read similar articles to Monkeypox in Dogs and Cats - Contagion and Prevention, we recommend you visit our Infectious diseases category.

Bibliography
Signs of Rabies in Cats Eyes - Symptoms, Diagnosis, Prevention
Perianal Fistula in Cats - Treatment and Care
Ringworm in Hamsters - Symptoms, Causes and Treatment
Fever in Dogs - Symptoms and Treatment
Related categories
Eye problemsReproductive system diseases Intestinal problemsNeurological diseasesSkin problemsDe-worming
Most read
1.
My Dog Is Bleeding from His Penis
2.
My Dog's Poop Starts Solid Then Goes Soft
3.
My Dog Has Pus Coming From His Penis
4.
Can I Bathe My Dog After Vaccination?
5.
My Cat Has Liquid Coming From Their Anus
6.
My Dog Keeps Licking Her Private Area - All Possible Reasons
7.
Why Does my Dog Have Swollen Breasts?
8.
What to Do if My Dog has Something Stuck in his Throat?
My Cat Has Red and Swollen Gums - Stomatitis in Cats
Toxoplasmosis in Cats
Fever in Cats
Malassezia Dermatitis in Cats
Feline AIDS
Cryptococcosis in Cats - Cryptococcus Infection
Mastitis in Dogs
Hemolytic Anemia In Dogs

Monkeypox in Dogs and Cats - Contagion and Prevention 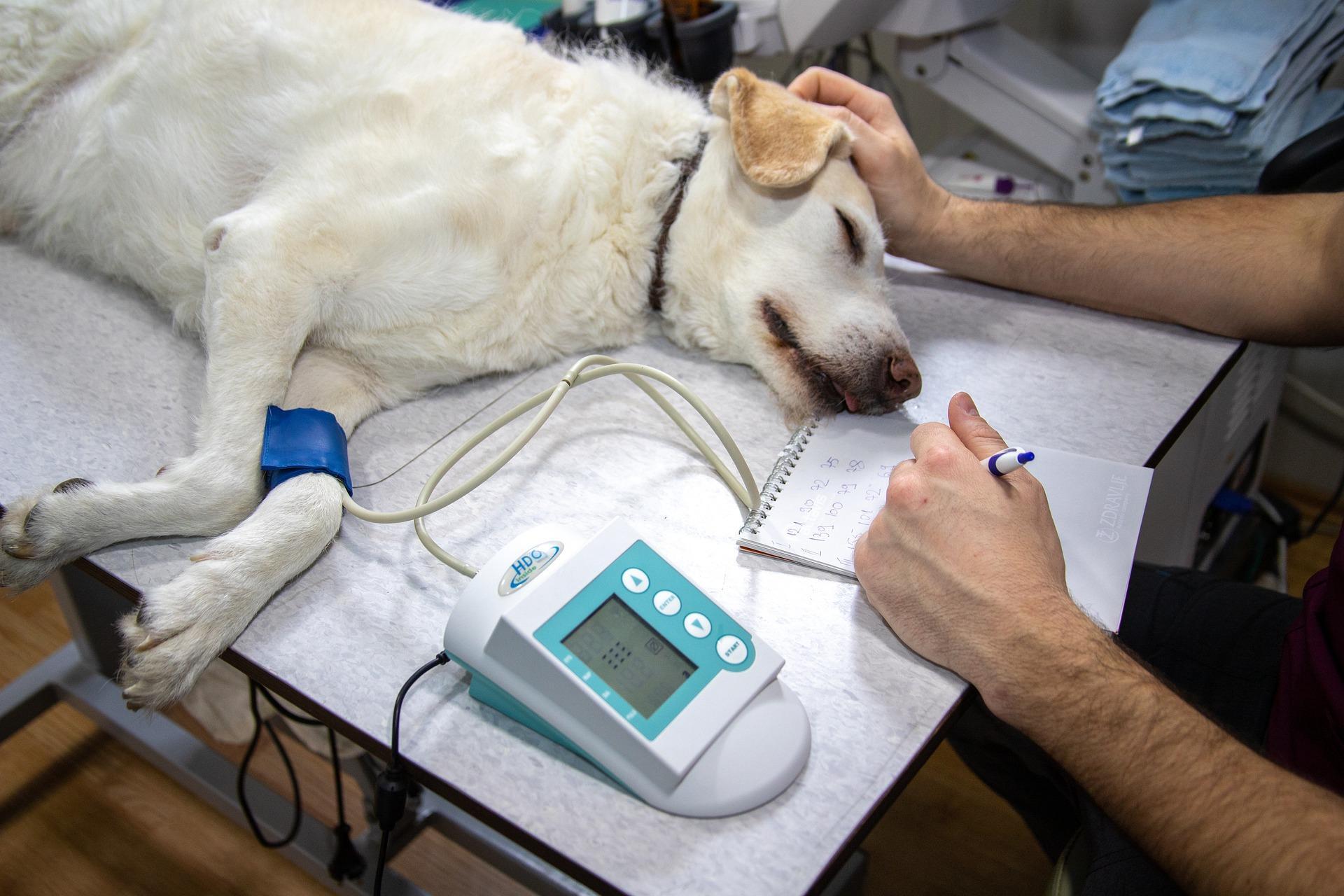 Monkeypox in Dogs and Cats - Contagion and Prevention
Back to top