My Dog Keeps Sneezing - Why and What to Do 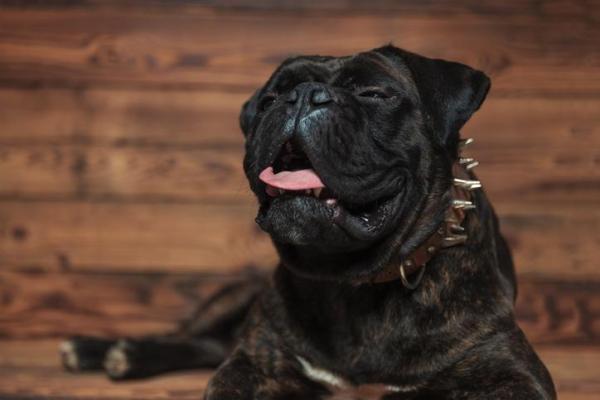 Sneezing is a common action in dogs. Although it is related to disease, it also happens in response to light, temperature and other factors. If we share our lives with a dog, we will notice they likely sneeze regularly, although some more than others. It is usually not a problem and will not require any specific action on the part of a caregiver. However, repetitive or uncontrollable sneezing in dogs will be an issue. Not only might it be disruptive or disconcerting for the dog, but it can be the symptom of a serious illness which needs treatment.

At AnimalWised, we look at why your dog keeps sneezing a lot. We understand the different types of sneezing in dogs, as well as their possible causes and what to do about them.

You may also be interested in: My Dog Keeps Making a Gulping Sound
Contents

What is sneezing in dogs?

Sneezing in dogs is the same process that happens to humans. It is a violent and sudden expulsion of air through the nose and mouth. They usually indicate there is an irritation in the nasal cavity as the sneeze acts to expel mucus from these passageways. For this reason, we often see a dog develop a runny nose with green mucus after a sneezing fit.

Just as when they happen to us, occasional sneezing is not a concern for an animal's caregiver. Some dogs are predisposed to sneezing due to their morphology. For example, brachycephalic dog breeds have a constricted respiratory system which can lead to a greater increase of grunting and sneezing.

When the sneezing becomes violent, continuous or is accompanied by other symptoms, we need to find out the reason behind them. When sneezing is particularly violent and repetitive, it can cause damage. We may even see blood come from the dog's nose in some cases. If this happens, we need to keep the dog as calm as possible.

If the sneezing does not subside or we do not know its cause, we must go to the veterinarian. In addition, prolonged sneezing swells and congests the nasal cavity, making it difficult for the dog to breathe. If the dog already has a compromised respiratory system, this can worsen symptoms.

Why does my dog keep sneezing?

Apart from the normal occasional sneezing, there are sneezes which do not subside or which are accompanied by other clinical signs. If you are wondering why my dog keeps sneezing, here are the most common causes:

If our dog sneezes a lot, it may be due to the presence of a foreign body inside their nasal cavity. In these cases, the sneezing appears in a sudden and violent way. The dog will likely shake their head and scratch at their nose with their paws due to the irritation the object causes. Foreign bodies can include seeds, splinters, shrapnel or foxtails, among many others.

Sometimes, these sneezes manage to eliminate the object. If the dog continues to sneeze, even intermittently, a unilateral secretion may appear in the nostril in which it is lodge. This indicates it has not been expelled. Foxtails in dogs can be particularly dangerous as they hook into the mucus membranes. The dog may damage themselves further in trying to remove the object.

If you see your dog keeps sneezing and coughs a lot, it may be due to something known as canine infectious respiratory disease (CIRD). This is more commonly known as kennel cough in dogs. It is sometimes referred to as a complex as it refers to a group of causes and conditions. In most dogs, it will be characterized by a dry cough, sometimes accompanied by retching. No other symptoms present when it is mild.

Causes of infectious respiratory disease are usually either due to bacterial or viral infections. When kennel cough is prolonged or worsens, it can lead to other problems such a pneumonia in dogs. This is especially worrying if the dog is a puppy, in their old age or otherwise has a compromised immune system.

A severe form of canine infectious respiratory disease can cause sneezing, as well as listlessness, anorexia, breathing problems and other symptoms. Not only is treatment required, but the contagiousness of kennel cough means they will need to be separated from other dogs and their environment suitably sterilized.

Canine atopic dermatitis is an allergic skin disease that occurs when the body reacts to certain allergens. It is an inflammatory response to different common substances, such as pollen, dust, mold, feathers, etc. If a dog keeps sneezing a lot, it could be they suffer from this allergic condition. It begins with seasonal itching and is usually accompanied by sneezing and nasal and ocular discharge.

When atopic dermatitis progress, skin lesions, alopecia and secondary bacterial infections can occur. The dog will usually scratch at the affected area to relieve itching. The skin eventually darkens and thickens. Otitis can also often develop.

Although it is rare, it can happen that our dog sneezes a lot and chokes at the same time. This may be due to a disorder known as reverse sneezing in dogs. It causes the dog alarm by giving them the sensation they are out of breath. A noise is produced caused by the violent inspiration that the dog makes in its attempt to catch air. This can happen multiple times in a row.

It is actually caused by a laryngospasm or spasm of the glottis. It can be solved by making the dog swallow, which we achieve by massaging their neck under the jaw. If the dog does not recover, we should go to the vet, since it could be due to a foreign body lodged in the larynx.

In when a dog keeps sneezing and vomits, it usually occurs because when they have ingested is regurgitated through the nose. This can be due to a congenital fractured palate or an infection in a tooth, usually a canine. When it falls out, it leaves an opening that allows food and water to pass into the nose. In these cases, sneezing appears especially after eating and unilateral nasal secretion is appreciated.

Rhinitis is a nasal infection and sinusitis is an infection of the sinuses. The latter are extensions of the nasal cavity. Both infections can cause sneezing, foul-smelling nasal discharge and nausea. There are multiple causes of these conditions, including bacteria, viral infections, tumors or even tooth infections.

In addition to sneezing, they cause a runny nose or unilateral bleeding. The dog may also make repeated gagging noises. Unfortunately, they are usually malignant and more common in older specimens, especially certain breeds such as the Airedale Terrier, Basset Hound, Old English Sheepdog or the German Shepherd.

What can I give my dog if he sneezes a lot?

In no case should we medicate our dog on our own. It is also very important we do not use human medications for our dog, such as allergy medication, decongestants or painkillers. If we see our dog keeps sneezing and it doesn't stop, we need to take them to a veterinarian. As we can see, there are various causes, so the veterinarian needs to determine the correct course of treatment.

For example, if the sneezing is due to a foreign body, the vet will need to anesthetize the dog to find and remove it. We must not delay the consultation. Especially if the dog is trying to remove te object themselves, the longer it is present in the nasal cavity, the more damage it may cause. We should not try to remove the object ourselves as we may damage tissue.

If your dog keeps sneezing and has a lot of nasal, oral and/or ocular discharge, it is likely due to a canine respiratory infection. The veterinarian can determine the cause and then prescribe the correct treatment. If it is a bacterial infection, antibiotics may be required. For Viral infections, symptom management is usually necessary. Allergies may require antihistamines. Corticosteroids, medicated shampoos or immunotherapy may also be issued.

Rhinitis is treated with antibiotics or antifungals, depending on the cause. Only the most complicated cases may require a surgical intervention to clear out the nasal cavity. Oronasal fistulas will need drained surgically and the treatment of nasal tumors is complex. Many are incurable, although surgery and radiation therapy can improve survival. Benign tumors are removed surgically.

If you want to read similar articles to My Dog Keeps Sneezing - Why and What to Do, we recommend you visit our Other health problems category.

Bibliography
My Cat Smells Bad - Why and What to Do
Why Do My Aquarium Fish Keep Dying?
Why Is My Dog Snoring?
My Puppy Keeps Scratching and Itching
Related categories
Viral diseasesHome RemediesDe-wormingReproductive system diseases PreventionSkin problems
Most read
1.
My Dog Is Bleeding from His Penis
2.
My Dog's Poop Starts Solid Then Goes Soft
3.
My Dog Has Pus Coming From His Penis
4.
Can I Bathe My Dog After Vaccination?
5.
My Dog Keeps Licking Her Private Area - All Possible Reasons
6.
My Cat Has Liquid Coming From Their Anus
7.
Why Does my Dog Have Swollen Breasts?
8.
What to Do if My Dog has Something Stuck in his Throat?
My Cat is Eating Plastic - Why and What to Do About It
My Cat Keeps Making Choking Noises
My Dog Has One Floppy Ear - Causes and What to Do
My Dog Won't Feed Her Puppies - Causes and What to Do
My Cat Has a White Nose - Causes and What to Do
Why Does My Dog Keep Licking their Paws?
My Cat Is Eating Litter - Causes & What to Do
Why is My Dog Gagging All the Time?

My Dog Keeps Sneezing - Why and What to Do 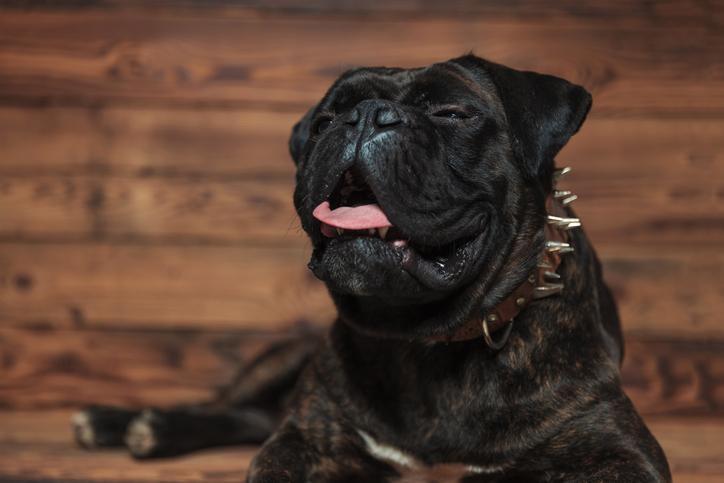 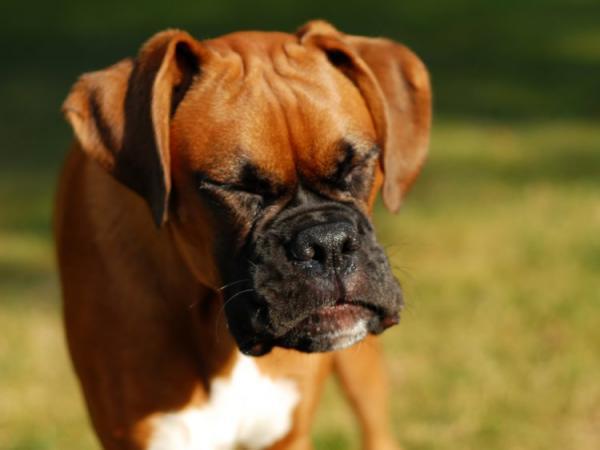