Native Animals of the Serengeti: Wildlife and Habitat

The Serengeti is one of the most famous savanna regions in the world because of its beauty, diversity of wildlife, and the amazing migrations that take place there. The Serengeti is considered one of the natural wonders of the world; most of the region is in northern Tanzania, but it also spreads into southern Kenya, where it is called Maasai Mara.

The savanna is an ecosystem that has two very distinct seasons, a dry one and a wet one. Still, the rainy season is now enough to turn the Serengeti into a rich and fertile region: its landscape is characterized by large areas of grass and shrublands, with very few trees.

However, the wealth of wildlife that coexists in the Serengeti is impressive, both in quantity and uniqueness. In this beautiful African region you can find stunning herbivores, majestic carnivores and the most surprising omnivores and saprovores, that is, animals that feed on decaying organic matter.

In this AnimalWised article we will describe seven native animals of the Serengeti to give you a look into the wildlife and habitat of this fascinating African savanna. Read on!

You may also be interested in: Native Animals of Utah: Wildlife and Habitat
Contents

The African bush elephant (Loxodonta africana) is the largest land mammal in the world. It measures up to 4 m (13 ft) tall and can weigh more than 10 tonnes. Females are somewhat smaller in size, but they are the ones that lead the herds and hold them together.

Besides its size, it is the peculiar silhouette of the African elephant that differentiates from the other herbivorous native animals of the Serengeti. It has a huge head and body supported by four legs that resemble pillars. Its ears are very developed, and its trunk is very long. Large ivory tusks distinguish the adult male African elephant; the female's tusks are much smaller. The trunk serves the elephant to pull out grass and leaves and take them to the mouth, and it also serves them to drink. The large ears can be fanned to cool the body.

If you want to learn more about this amazing animal, here you can discover the differences between African and Asian elephants, an elephant's diet and its lifespan. African bush elephants are a vulnerable species.

The blue, common or white-bearded wildebeest (Connochaetes taurinus) us a large animal native to the Serengeti. It lives in herds of hundreds of individuals, often thousands. When in search of pasture, blue wildebeest herds migrate to other areas together, creating a stunning spectacle.

The appearance of the blue wildebeest is somewhat peculiar: it gives the impression that it is composed of two different animals. The head and thorax are reminiscent of an ox, while from the waist back it has the appearance of an antelope.

Wildebeest adults are 1.2 to 1.5 m (45 to 57 in) tall and weigh between 220 and 290 kg. They can be recognized by their long black tail, their mane and their long beard. If you think the blue wildebeest looks familiar, you may be recognizing it as the animal that killed Mufasa in the stampede scene of The Lion King.

The common warthog (Phacochoerus africanus) is one of the most widespread omnivores of the Serengeti. This wild pig's diet is mainly herbivorous, as it can graze on grass, but it complements its food intake with eggs, birds, carrion, small reptiles and mammals, and insects.

The appearance of the common warthog is certainly memorable, and it has helped it adapt to the savanna. This species is 85 cm (33.5 in) tall at the shoulders and weigh 60 kg (130 lb) or more. Its coat is rough and sparse, but it has a mane down the bag and a tuft at the end of the tail. Common warthogs also have long ivory tusks.

The warthog is not in danger of extinction, although it is persecuted and hunted by settlers. The reason for this is that it causes great damage to fields. It also can carry swine fever and the tsetse fly, which causes sleeping sickness. Not to bring up The Lion King again, but Pumbaa is a common warthog.

The lion (Panthera leo) is the largest feline in Africa. Lion groups, called prides, are sustained on the work and effort of hunting females while dominant males keep at bay other males who may attempt to penetrate their territory.

Female lions hunt in well-coordinated groups, similarly to wolves. They prey on large herbivores, such as buffaloes, giraffes, zebras, gazelles and antelopes. Occasionally, male lions hunt as well. Despite their deserved reputation as hunters, almost half of the time lions feed by scavenging.

The cheetah (Acinonyx jubatus) is the fastest sprinting land animal. It is a very slender feline with golden-yellow fur, covered with small black oval spots. The cheetah is a light predator that doesn't weigh more than 70 kg (160 lb); unlike the lion, it feeds on smaller prey such as young ungulates, impalas, gazelles and hares.

The hunting technique of the cheetah involves creeping closer to its prey. The color of its fur acts as camouflage against the Serengeti yellow grass and shrubs. When it is close enough, the cheetah suddenly appears and begins its chase that usually lasts only 30 seconds. During the sprint, the cheetah can reach even 110 km (70 mi) per hour. With its forelegs, the cheetah trips its prey and ends biting it in the neck.

Cheetahs are a vulnerable species; here you can discover more about where do cheetahs live.

There are different species of mongoose living in the Serengeti, and they all belong to the family Herpestidae. They include the banded mongoose (Mungos mungo), the dwarf mongoose (Helogale parvula), the Egyptian mongoose (Herpestes ichneumon), the marsh mongoose (Atilax paludinosus), the slender mongoose (Herpestes sanguinea) and the white-tailed mongoose (Ichneumia albicauda), but not the tiny and popular meerkat, which lives further south in Africa.

Mongooses are small carnivores that do not surpass the size of a cat. Nevertheless, they are tremendously courageous animals that do not hesitate to stand up and deter large predators from attacking. These predators understand that it is not a good idea to face off with a threatened and angry mongoose, as the little meat it has cannot compensate for the painful bites, scratches and injuries that it can inflict. This small but fierce animal is not afraid to face off even venomous snakes; some species are known to defeat cobras and black mambas.

Mongooses feed on carrion, lizards, frogs, birds, and all sorts of insects and arthropods, including scorpions. Some species are solitary, while others live in groups. Mongooses are diurnal and they live underground, in excavated galleries.

Termites are social insects that belong to the infraorder Isoptera, which includes more than 3,000 species. It is believed that termites first evolved in the African savanna. The termites' diet is based on wood, plants and degraded fungi. In termite colonies there are three categories or castes of individuals: reproductive individuals, soldiers and workers.

In the Serengeti, termites build impressive mud structures as hard as stone. Some termite mounds can reach beyond 3 m (9 ft 10) high. It seems incredible that they are built by such tiny animals who are completely blind! Some termite mounds are home to over a million individuals.

The best human architects could look to the termites' homes for inspiration, as their advanced ventilation and moisture conservation systems allow them to live well when the temperature outside is over 40º C (105º F).

These are some of the most interesting native animals of the Serengeti. Which one is your favorite? Did we miss it? Tell us in the comments section and help us learn all about the wildlife and habitat of the African savanna!

If you want to read similar articles to Native Animals of the Serengeti: Wildlife and Habitat, we recommend you visit our Facts about the animal kingdom category.

Native Animals of Idaho
What is a Dung Beetle? Main Traits and Fun Facts
Native Animals of the Sierra Nevada
Native Animals of the Thar Desert
Related categories
Endangered animals
Most read
1.
What Animal am I According to my Zodiac Sign?
2.
What Does It Mean When a Cat Shows Up at My Door
3.
10 Most Beautiful Animals in the World
4.
Examples of Vertebrate and Invertebrate Animals
5.
Why do Dogs Get Stuck when Mating?
6.
The 10 Most Solitary Animals in the World
7.
Differences Between Deer, Elk, Moose and Reindeer
8.
Animals With Scales - Full List
Native Animals of the Himalayas
Native Australian Animals List And Pictures
Habitat of the Wild Water Buffalo
What is the Habitat of the White-Tailed Deer?
The 10 Most Dangerous Animals in India
10 Native Monkeys of India - With Pictures
20+ Incredible Animals that Migrate and Why
Fauna of the Peruvian Jungles

Native Animals of the Serengeti: Wildlife and Habitat 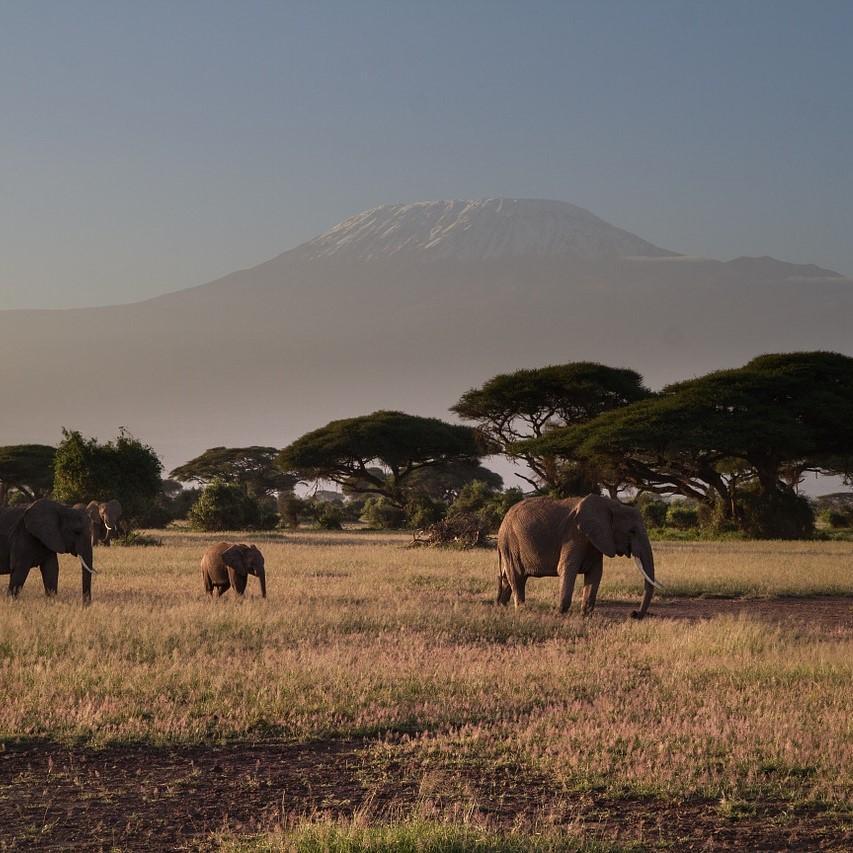 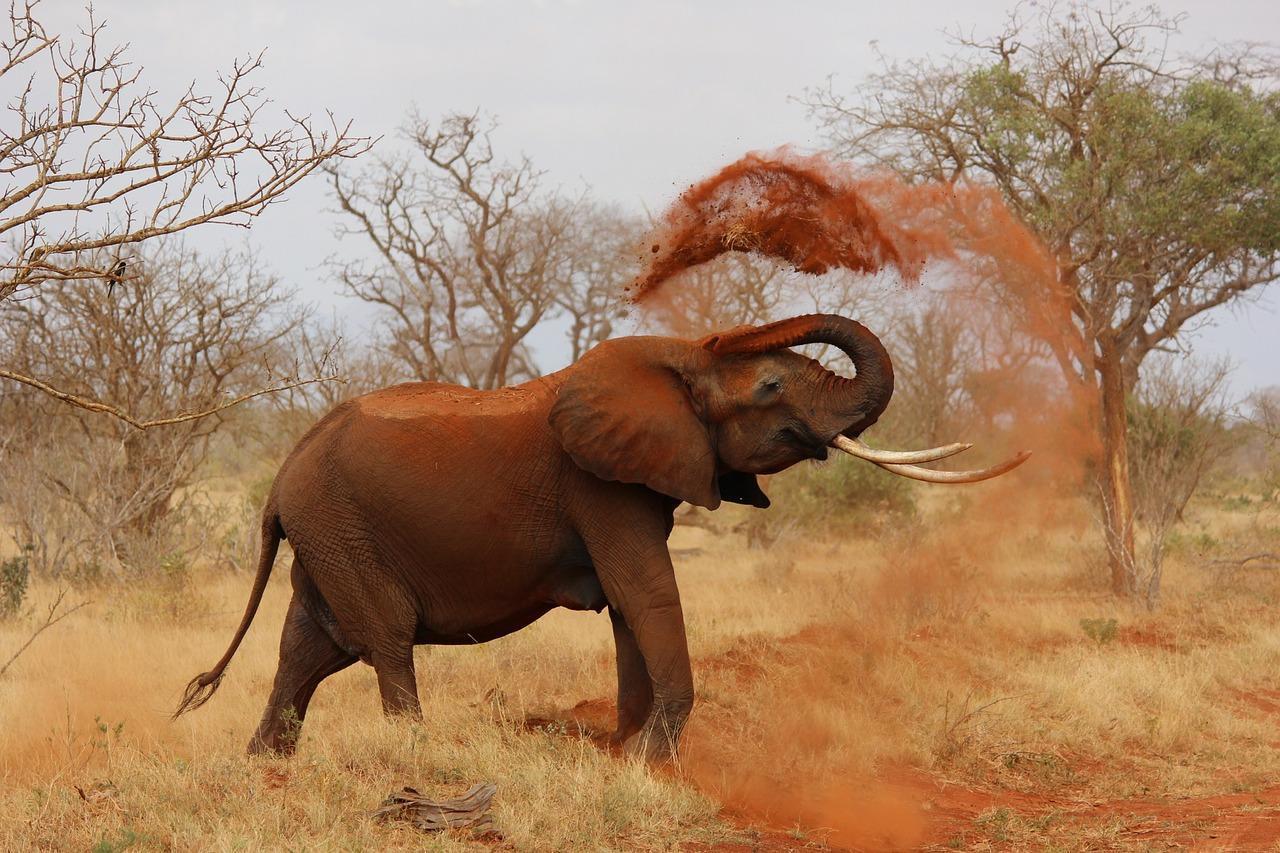 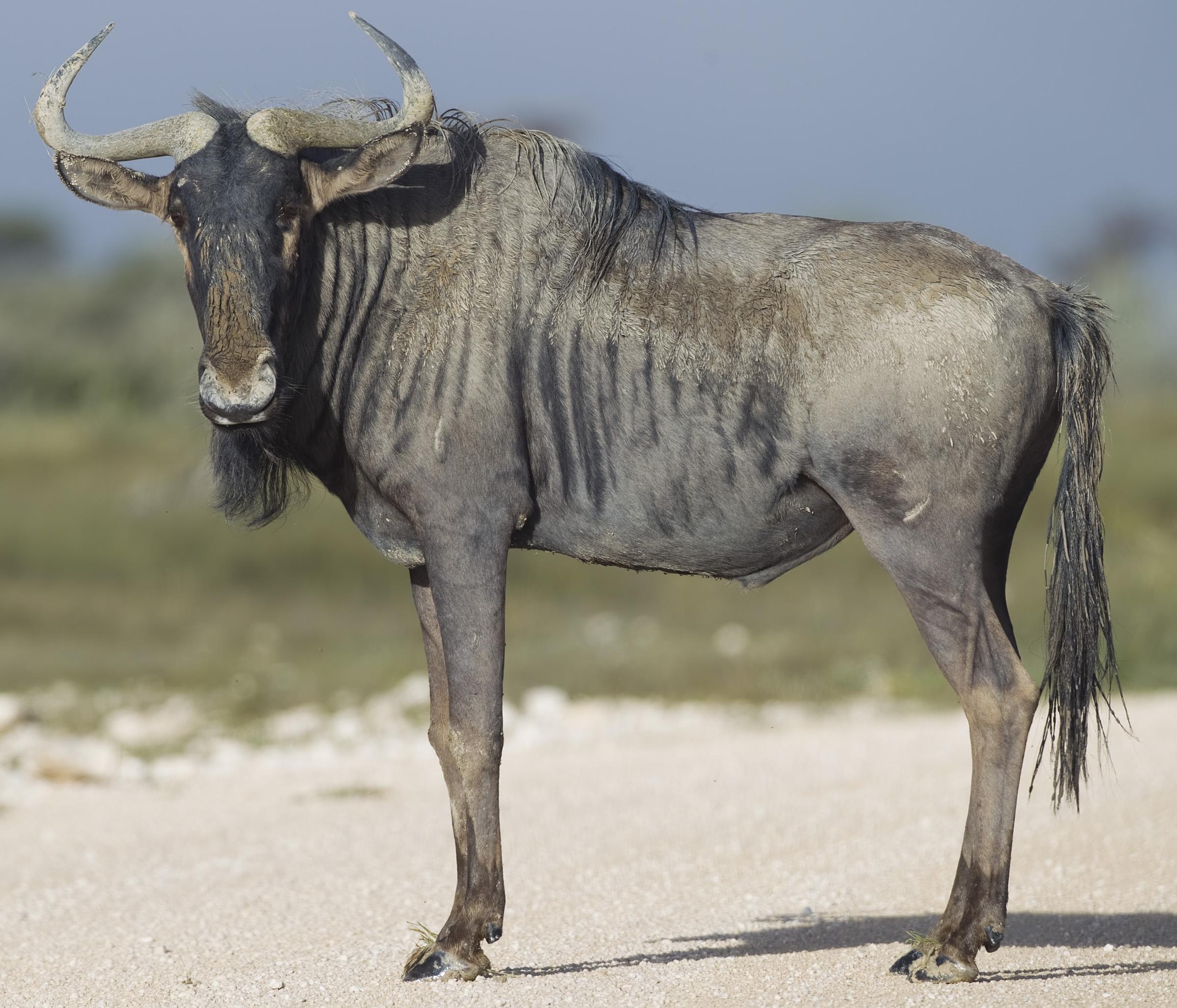 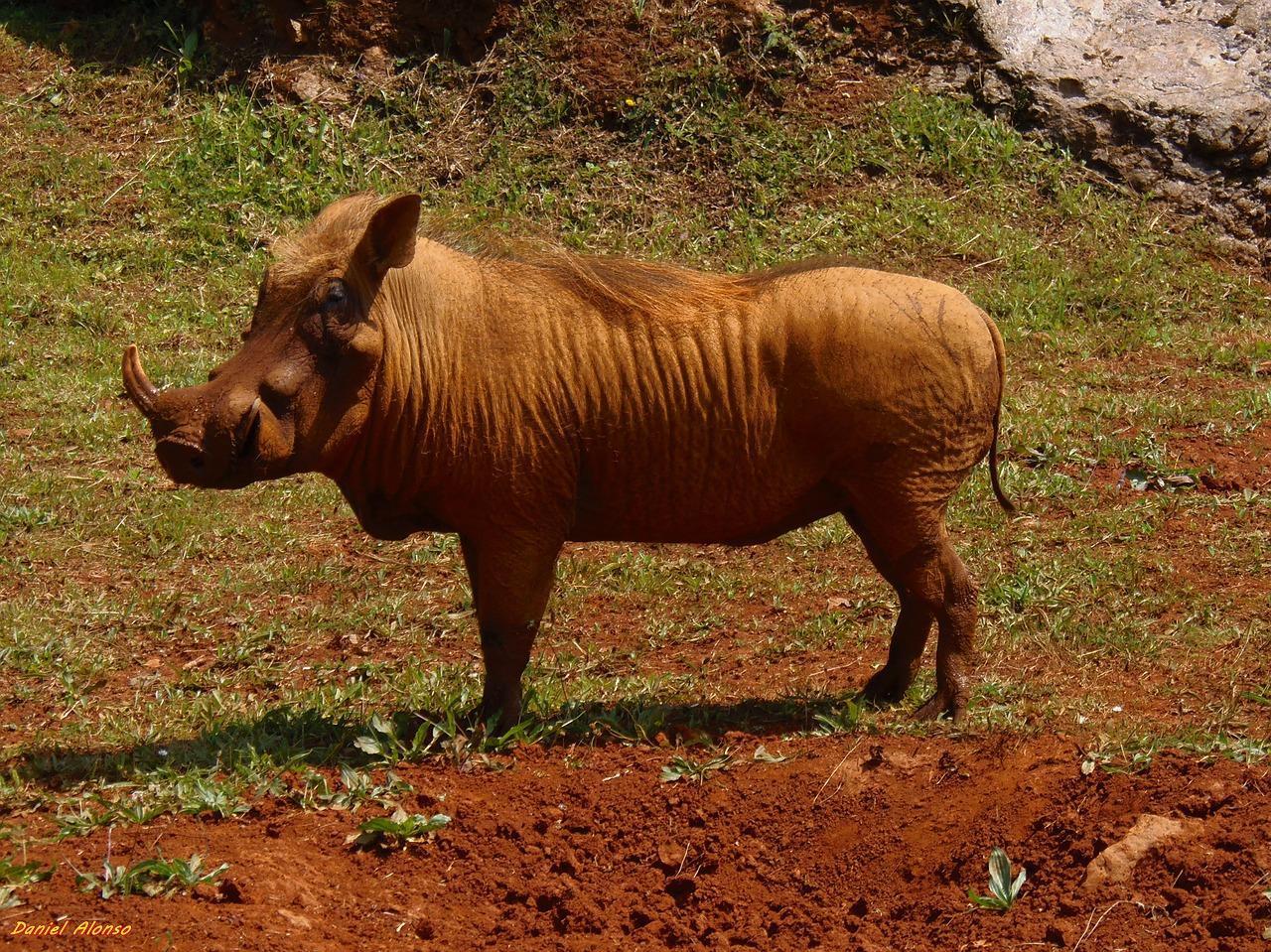 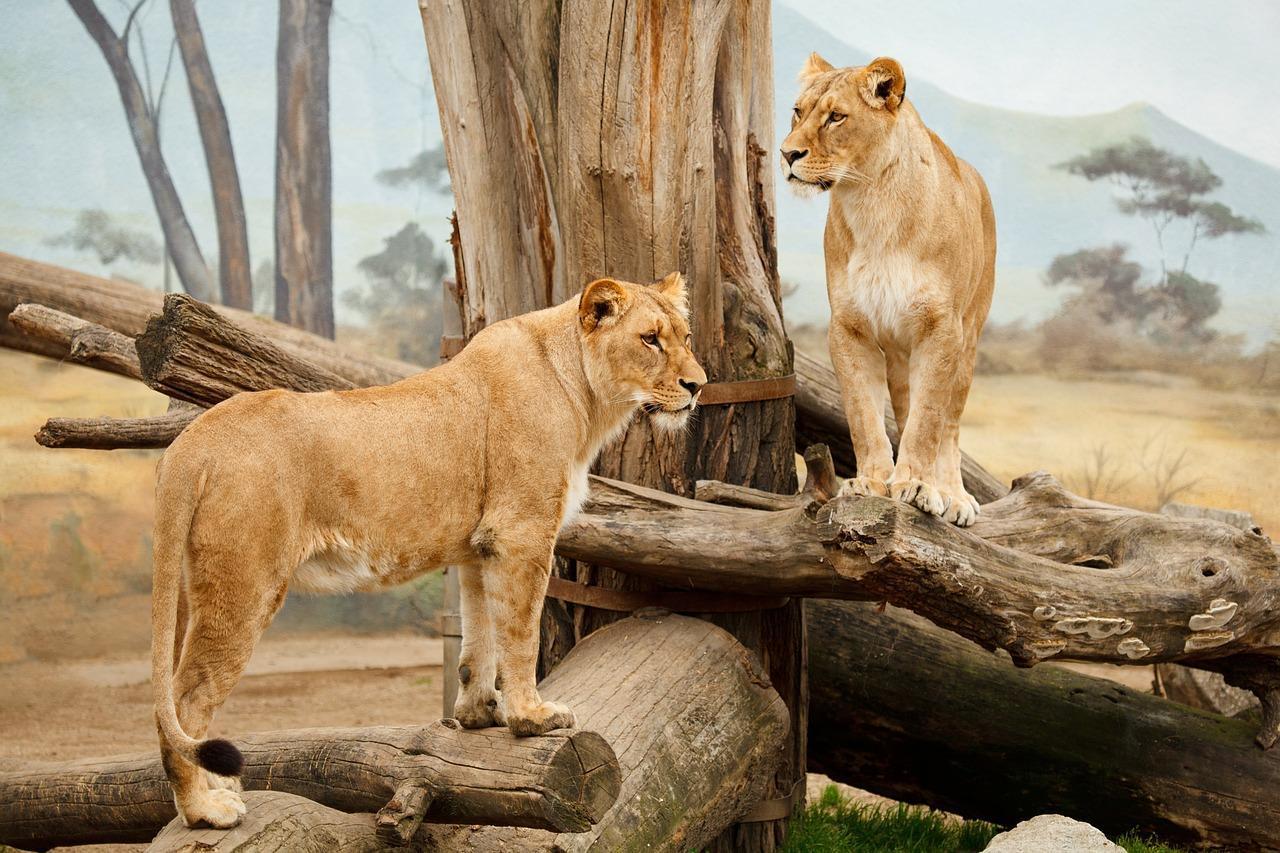 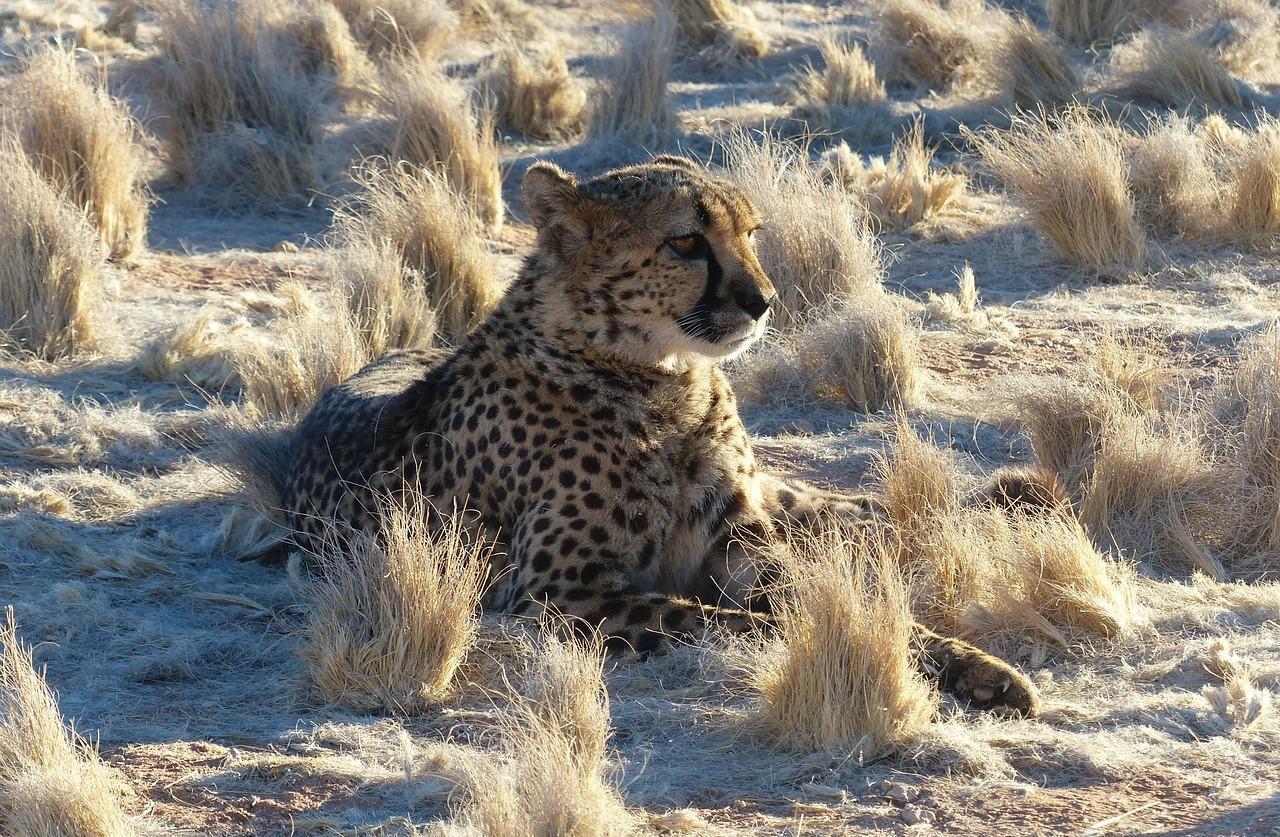 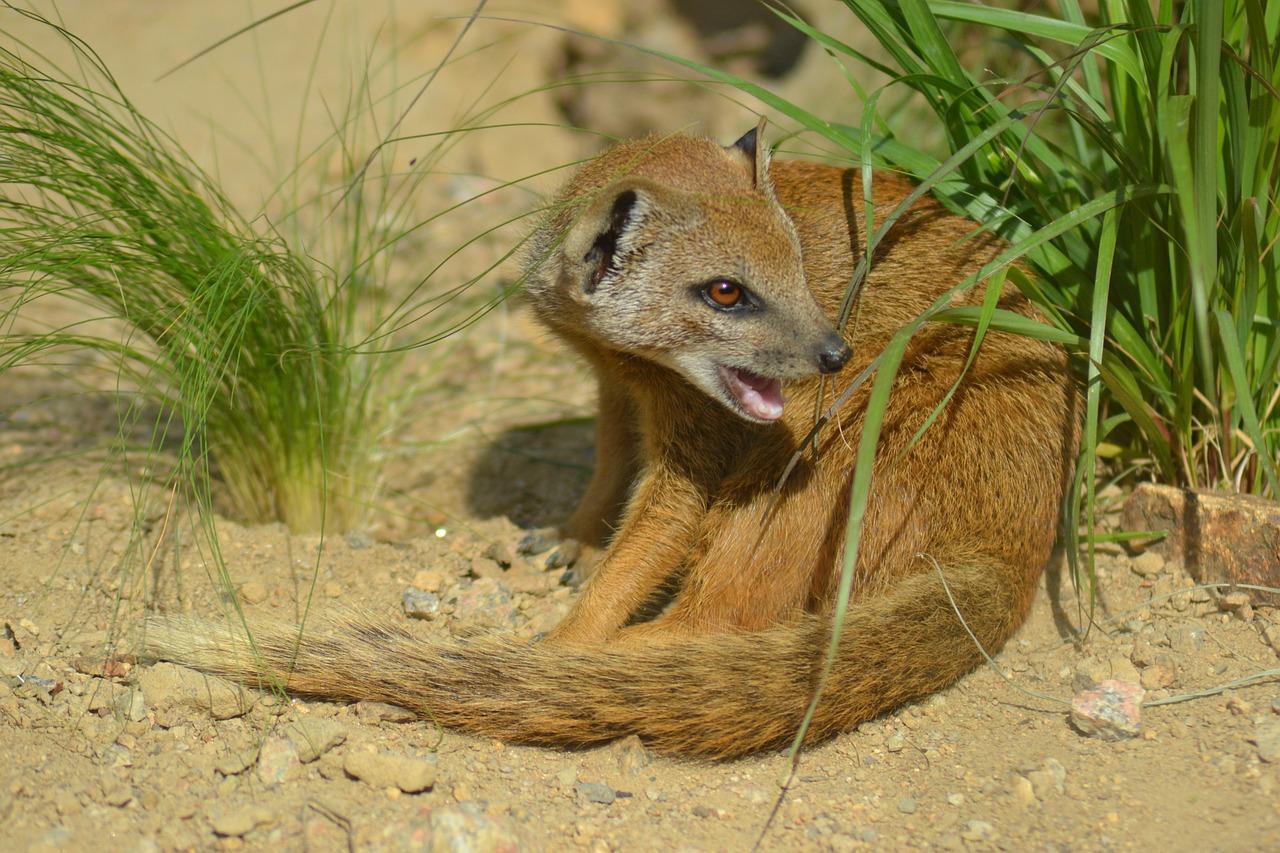 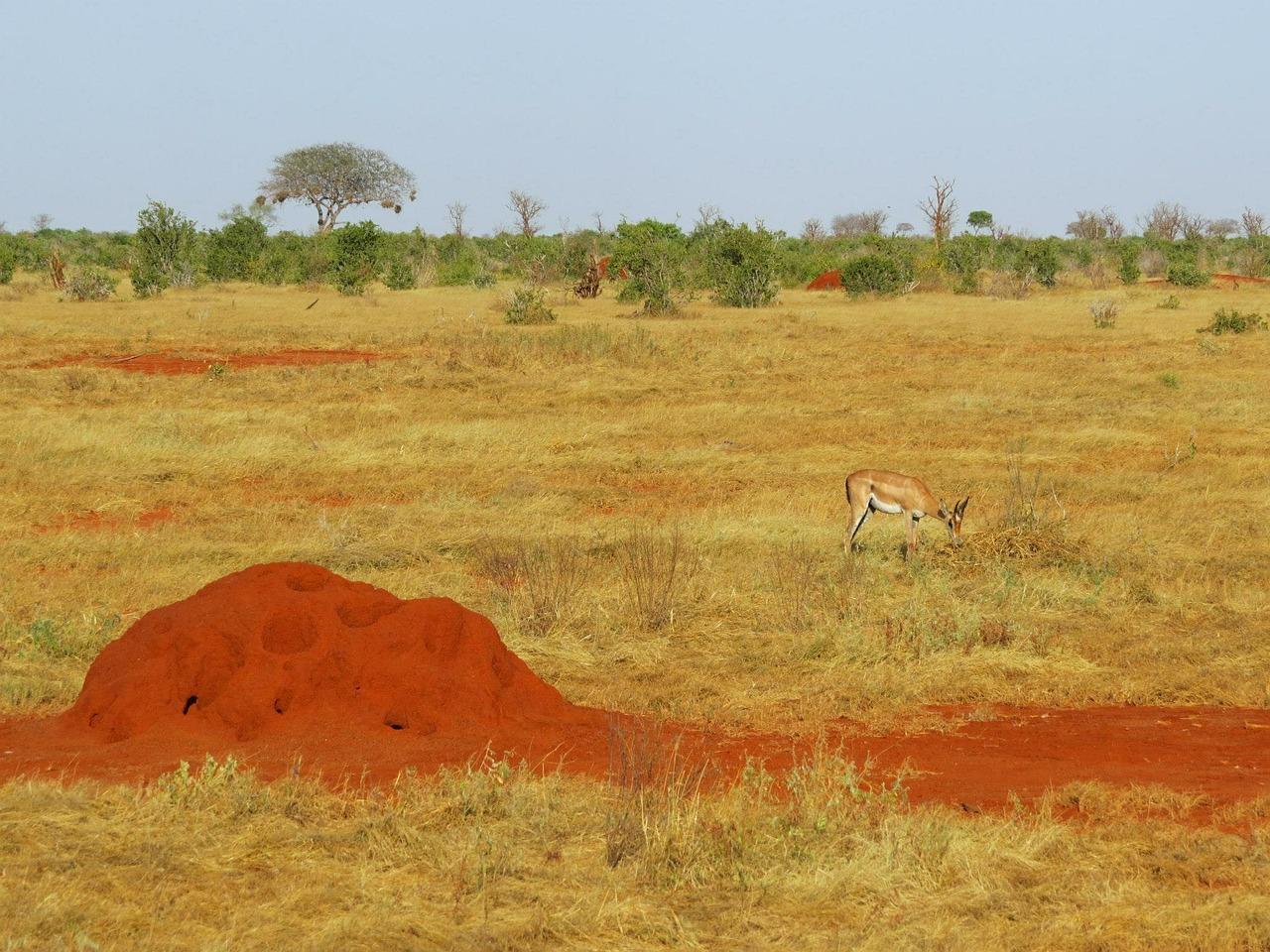 1 of 8
Native Animals of the Serengeti: Wildlife and Habitat
Back to top