Schutzhund, or IPO (acronym for Internationale Prüfungs Ordnung, in German), is a canine sport for protection dogs. The term Schutzhund is of German origin, and literally translates as "protection dog". Originally designed as a test to help assess the temperament and capabilities of German Shepherd dogs, this sport has became increasingly popular among fans of different dog breeds. Nowadays, it is participated by all breeds that require a Working Test according to the FCI.

The aim of this sport is to demonstrate the intelligence and working capabilities of dogs. As such, the competitions evaluate dogs' mental and emotional stability, structural efficiency, trainability, sense of smell, resistance, willingness to work and courage.

The competitions are also used to put the guides and dog trainers to the test. It also tests the abilities of trainers from different clubs and even different countries, since there are local and international Schutzhund championships. Many countries have a national Schutzhund team, consisting of the best handler-dog pairs within the discipline. If this interests you, this AnimalWised article will give you more information on Schutzhund dog training.

You may also be interested in: What are Attack Dogs?
Contents

In the early twentieth century, German Shepherd dogs were bred with a single purpose: to be working dogs. However, an alternate trend arose in which people tried to demonstrate the great capabilities of this breed.

Only dogs that performed well in Schutzhund events were allowed to reproduce. Whilst it's not currently a prerequisite condition, this practice continues developing in Germany to guarantee the future breeding of capable and intelligent dogs.

The most commonly used breeds for Schutzhund are the following:

This sport has three different categories, with three corresponding qualifications:

This contest evaluates the dogs' response time, momentum and stability, testing both their capabilities and their character. However, all dogs must be capable of competing in any category of the three Schutzhund sections:

Beyond what has been mentioned above, it isn't only the dogs and their trainers who participate in this sport; rather, the competition's judges and figureheads also play a very important role.

This discipline has evolved into an activity which is practiced in dozens of countries around the world at local, national and international levels. Schutzhund is undoubtedly a very competitive sport. Other dog sports that may interest you are agility contests or Cani cross - cross country running.

If you want to read similar articles to Schutzhund Dog Training, we recommend you visit our Advanced education category.

How Do They Train Detection Dogs?
Training Your Dog to Run Alongside You
How to Train Your Dog to Walk Without a Leash
How to Train a Cat to Walk on a Leash
Related categories
Basic educationSportsBehavioral problemsAnimal games and fun
Most read
1.
My Dog Is Aggressive After Neutering
2.
How to Stop Your Dog From Peeing Inside at Night
3.
Tips to Train an American Bully
4.
Why Is My Dog Suddenly Scared Of Me?
5.
Best Time of Day to Walk Your Dog?
6.
How To Stop My Cat From Biting My Ankles
7.
How to Make a Pit Bull Release its Bite
8.
Why is my Dog Pooping in the House Suddenly?
Potty Training a Cat to Use the Toilet Step by Step
Teaching My Dog to Lie Down
How to Easily Teach Your Dog to Play Dead Step by Step
Water Rescue dogs: Four-legged Heroes
What do you Need to be a Professional Dog Trainer?
How to Socialize an Adult Dog
Canine Ethology
How to Introduce Your Dog to Your New Baby 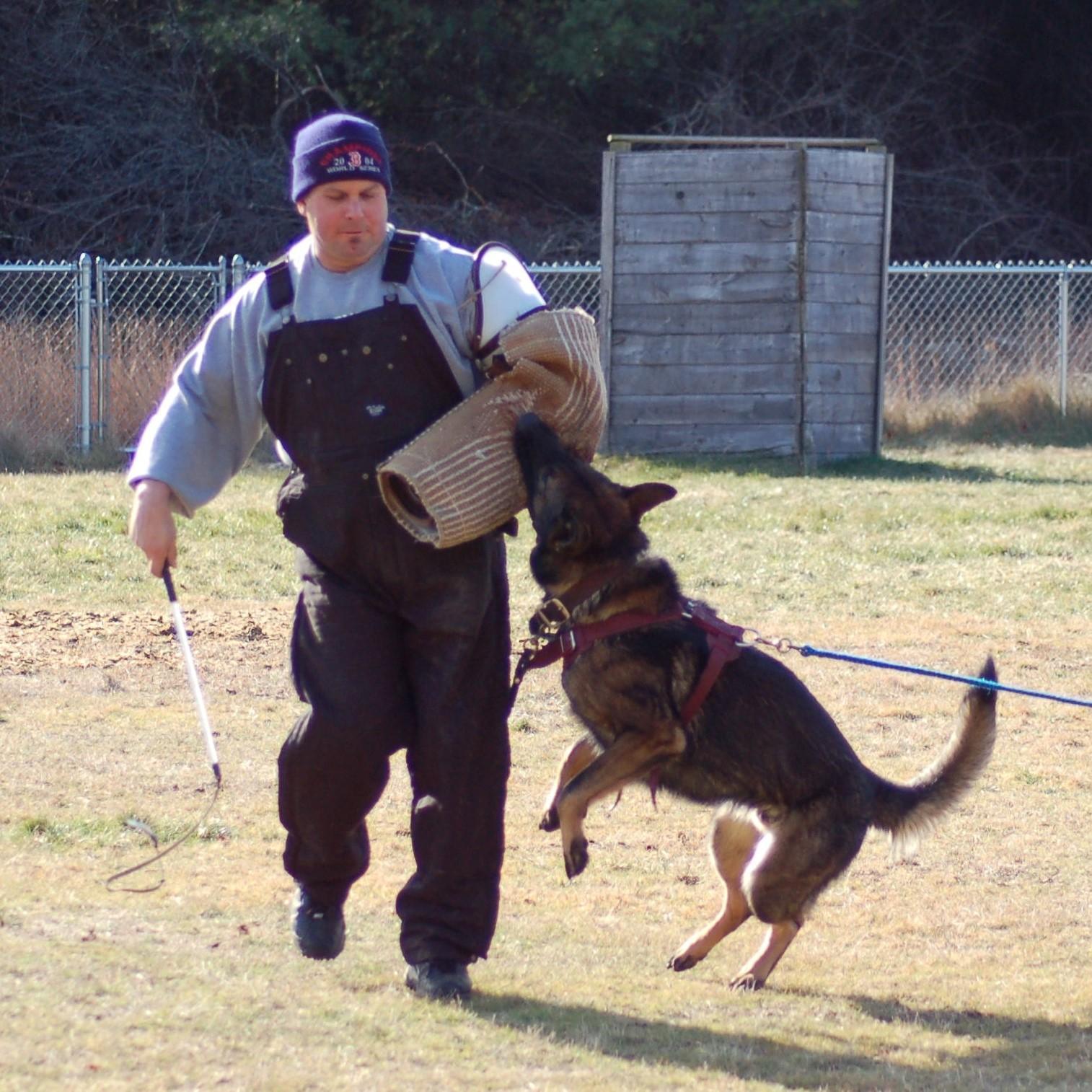 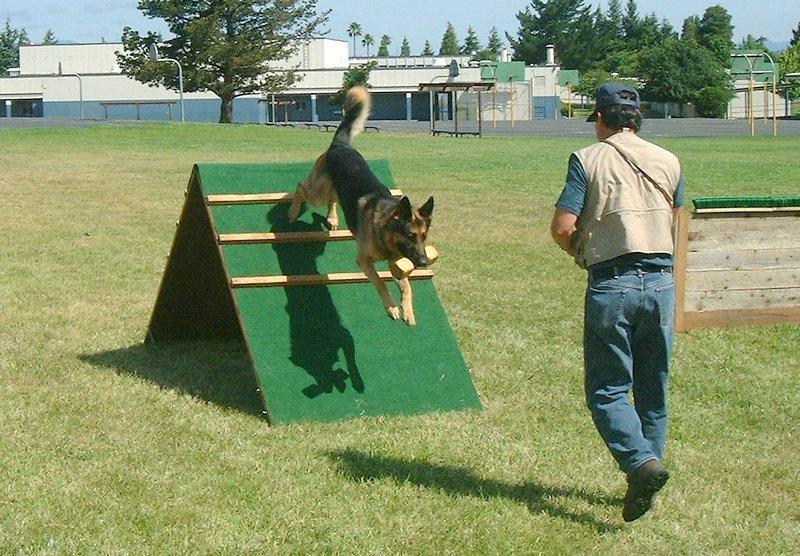 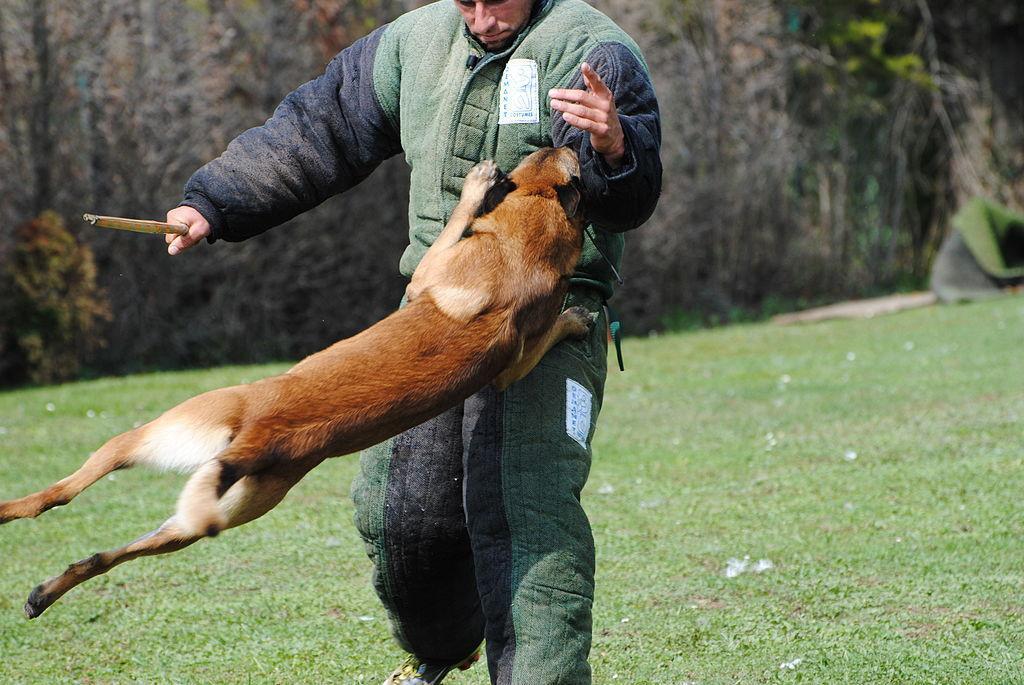 1 of 3
Schutzhund Dog Training
Back to top