Strange Pets You Can Actually Own

There is a growing trend for exotic and unusual pets. Although, what you consider exotic will also depend on where you live. Some pets are more common in certain countries compared to others. While cats and dogs are pretty universal pets, some animals have become increasingly popular as companion animals. Sharing our life with an animal is a gift, but it is also a responsibility.

At AnimalWised, we bring you our list of 10 strange pets you can actually own, but we stipulate that this may differ depending on where you live. These unusual exotic companion animals are some of the rarest, but have been known to be kept as pets somewhere in the world.

You may also be interested in: Laziest Dog Breeds - Low-Energy Dog Breeds
Contents

We will look into each animal in detail, but before we do here is our list of strange exotic pets you can own at home:

You will see that some of these animals, although unusual, can be fantastic pets. Others may not be suitable for the home environment, for various reasons, even if it is legal to keep them. All, however, need specific levels of care to ensure their well-being. We detail these responsibilities in the sections below.

Animals have been kept as livestock on farms since humans were hunter-gatherers and donkeys are some of the most useful. However, there has been a growing trend for keeping donkeys as pets. Due to size, miniature donkeys are much more popular, some of them even being allowed indoors for a time.

Unlike other donkeys, miniature donkeys are not riding animals. Some are about the size of a large dog and are cuddly like a stuffed bear. They are great with children and are much more intelligent than their size might suggest. Miniature donkeys can weigh up to 130 kilograms, so they cannot be carried around like a dog or cat. They are very affectionate and cannot stand loneliness, so they will need a companion.

Although miniature donkeys may be small enough to enter indoors, they should be kept inside the home. As with larger donkeys, they will need a covered stable and a paddock to roam around in. This means they are an unusual pet which cannot be kept by everyone, only those with sufficient resources to do so. Read our guidelines on donkeys as pets to know more.

There are people who are fans of reptiles, but think it impractical to keep a crocodile in their living room. A bearded dragon shares many similarities, but is a little more home-friendly and is less likely to eat your cousin. Bearded dragons are becoming more popular pets, in part due to their strange yet beautiful appearance.

Although they are relatively easy to care for and not as expensive as some domestic animals, we do need to meet the responsibility of their care. They need a terrarium with sufficient space and an appropriate climate. We should also note they can live between 6 and 8 years of age in captivity, so bear this in mind before adopting one into your home.

All of the animals on our list of strange pets are those you can actually own. However, this does not necessarily mean you should.

Sugar gliders as pets are small and undoubtedly cute little mammals which many think are rodents. However, they are actually marsupials, meaning they have more in common with kangaroos than they do with hamsters. Their name comes from the fact they enjoy eating sweet things and that they have the ability to glide through the air thanks to a membrane connected between the front and hind feet.

Although their cuteness makes them highly valued pets, there are reasons why keeping them in the domestic environment isn't a good idea. They include:

For all of the above reasons, we consider adopting a sugar glider an irresponsible action. As they can live up to 15 years of age, we may be condemning them to a long period of cruelty and reducing their welfare. These animals are best protected in the wild where they belong.

Also known as the desert fox, the fennec fox is another animal which has seen growing levels of irresponsible adoption. They are beautiful animals which somewhat resemble dogs, but have not gone through the same process of domestication. For this reason and more, they should not be kept as pets.

Fennec foxes are social animals which live in large groups. Adopting one on their own is intolerable to them. Their natural habitat is the desert which can deliver temperatures ranging between -40 ºC and 40 ºC. We cannot expect to recreate this habitat in the domestic setting. Their wild instincts mean fennec foxes cannot be kept as pets in the same way as a dog or cat, even if they look like they would have similar needs.

The fennec fox, lives in deep burrows and is a very active animal with nocturnal habits. If we try to keep them in a cage at night, their quality of life will be severely threatened. They also do not like strangers and can become stressed very easily.

One of the strangest looking exotic pets, but also one of the most suitable to keep in the home is the stick insect. This is because stick insects can fare well in a terrarium and will need a minimum level of care. They will not be the most loving of affectionate companion animal, but you can keep them as a pet and spend hours observing their fascinating habits.

Although their care is relatively simple, we need to ensure children are aware of their fragility. Their bodies are very sensitive and can snap like a twig if we are not careful. We can allow them to crawl on our hands, but we shouldn't try to pick them up directly.

Another strange pet is the capybara. Although they can fare well in domestic environments, they need to be carefully looked after and they are not domesticated animals. They are the largest living rodent. Although a cousin of the guinea pig, they need much more space. If we consider keeping the capybara as a pet, their habitat needs to include a pool and they require a lot of maintenance.

When raised properly and well-socialized, the capybara can be an affectionate companion. Unfortunately, they need a high level of care which many are unable to provide. We should not encourage them being kept as pets as it promotes irresponsible care.

Although not unusual on a farm, keeping a pig at home as a pet is definitely strange. Their popularity is growing in the domestic environment, so much so that people are looking to adopt mini-pigs. However, this is a problem since miniature pigs don't really exist.

The term miniature pig refers to several porcine breeds which have been kept as companion animals. However, all such breeds will usually grow up to be at least 50 lbs in weight. Some can be upwards of 200 lbs when they reach adult size. Since smaller breeds are more desirable, unscrupulous breeders might claim the mini-pig will be small when they reach adulthood, but often are too large to house inside.

If we do have the money and space to care for a pig, they can make incredible pets. They are very intelligent and can even be litter trained.

Another pet which is becoming less and less strange is the hedgehog. They are not suitable for everyone and we need to bear in mind they are naturally very timid beasts. If they are tame and respond well to human company, they can be kept as pets, but we should never force interaction. We also should bear in mind a wild hedgehog should never be kept as a pet, only rehabilitated when necessary.

If you adopt a hedgehog, it is vital you meet all of their care needs. Since they have not gone through the process of domestication as have dogs can cats, they are still relatively wild and we need to respect their boundaries. On a practical level, we need to be aware of whether these exotic pets are legal. Illegal trace has seriously affected species such as the popular African pygmy hedgehog, so we need to check our local laws before considering adoption.

Read about whether you should keep a hedgehog in the home with our guide to hedgehogs as pets.

One of the strange pets on our list which may most surprise you is the skunk. Although they are known for their ability to produce and spray a very pungent odor, they have actually become pets to some people. If we ignore the smell for a second, we can see they are an absolutely adorable little mammal. If tame, they can bond with humans, although they will always have a wild side.

Skunks will only spray when they feel threatened, but there is much which can make them feel this way. Strangers will scare them and even loud noises can result in a terrible odor permeating all the fabrics in your home.

More importantly, keeping pet skunks helps to contribute to improper breeding practices. There is also the important issue of legality. Some states in the USA will allow skunk ownership, but it is illegal in the UK. Sometimes we can own a skunk, but the practice of removing their scent glands is illegal (if we are even able to find a vet to perform the operation).

To some, keeping a pet tarantula is not only strange, it is creepy. To others, they are the perfect unusual pet. For many years, arachnid-lovers have been keeping tarantulas as pets, despite the fear many have over them.

The tarantula is furrier than you might expect, but it is still not suitable for those who want to curl up on the sofa and watch a movie with their pet. They are calm and quiet, but they will also go where they wish, so we need to keep them secure in a terrarium for the safety of themselves and others. They live on insects and can be relatively cheap to keep. To know more, take a look at our article on what spiders eat.

As you can see a lot of the strange pets people actually own are really wild animals kept in the domestic environment. In general, this should not be the case. Although many individual animals may fare well in a domestic environment, the impact keep them as pets can have on their species as a whole is often damaging. We explain more about why this is in the video below: 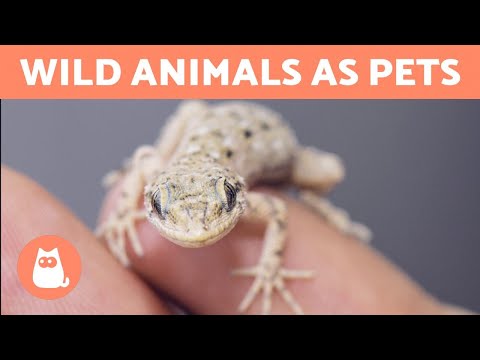 If you want to read similar articles to Strange Pets You Can Actually Own, we recommend you visit our The most... category.

Strange Pets You Can Actually Own 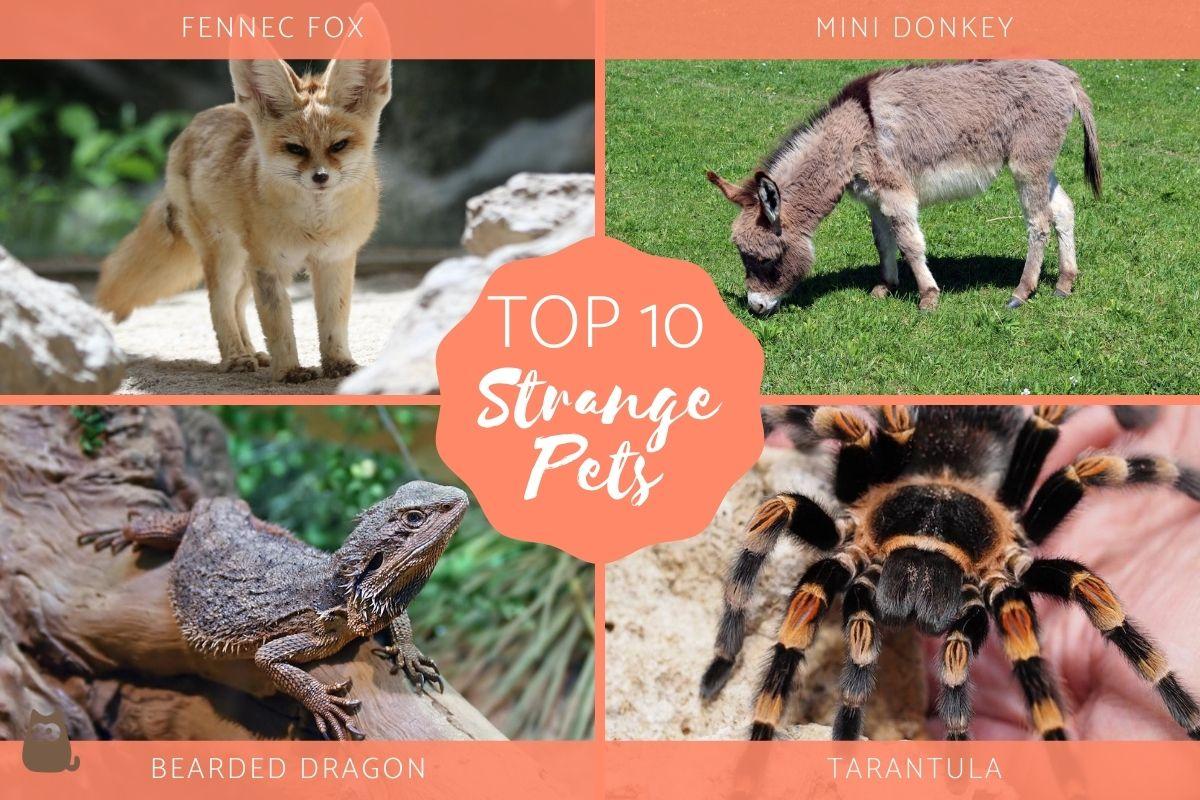 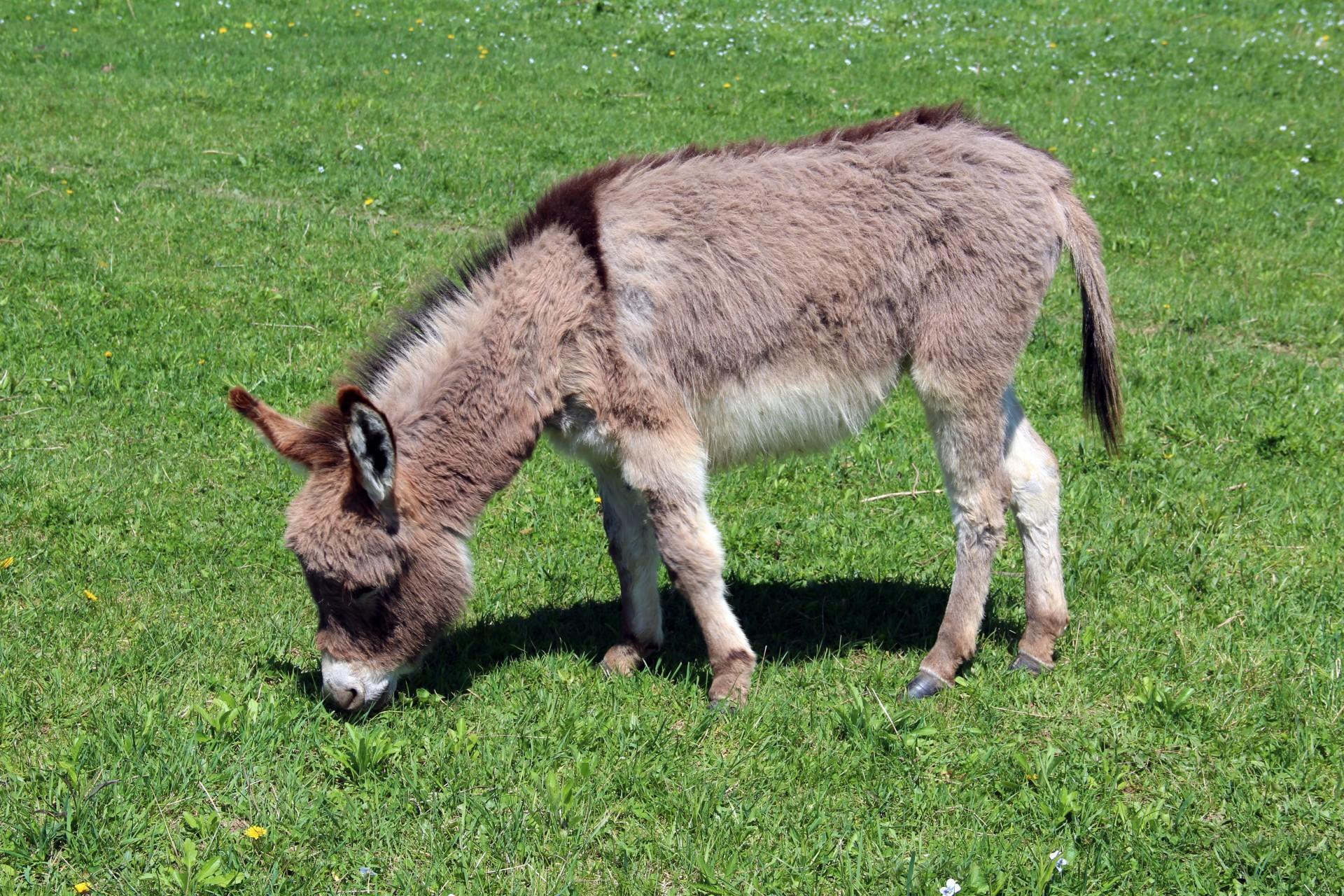 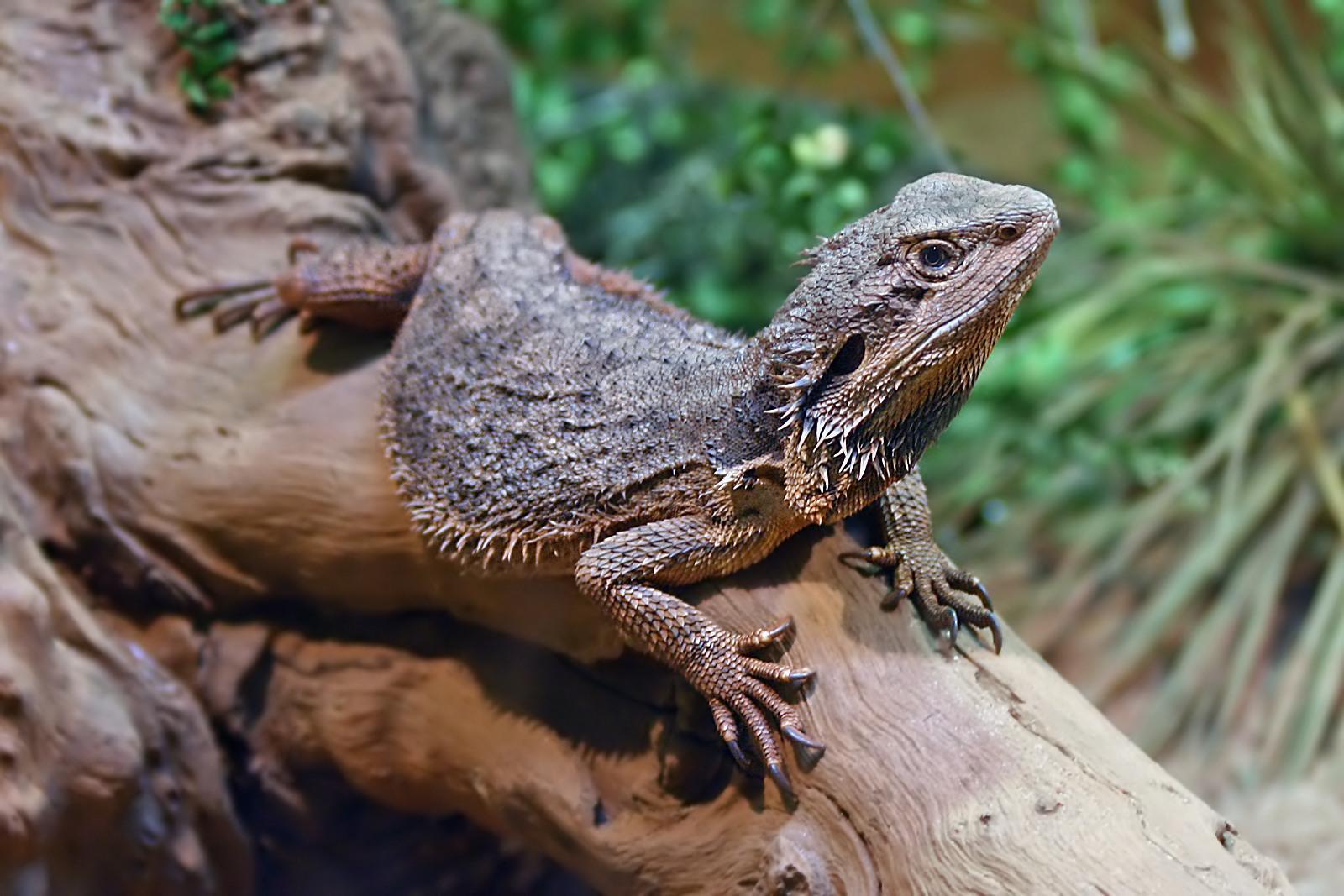 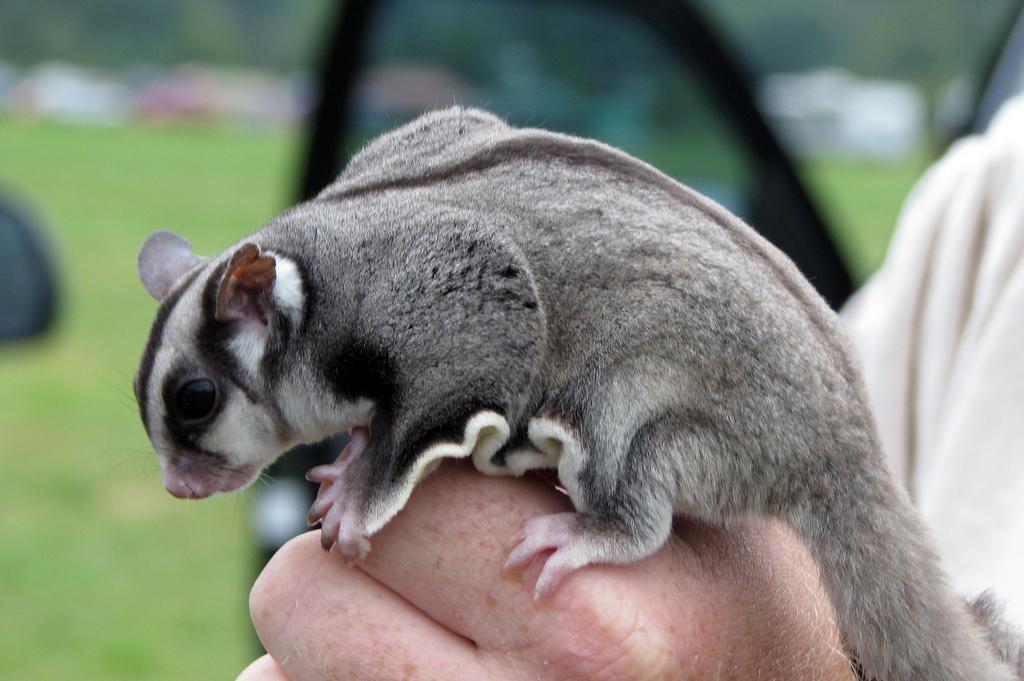 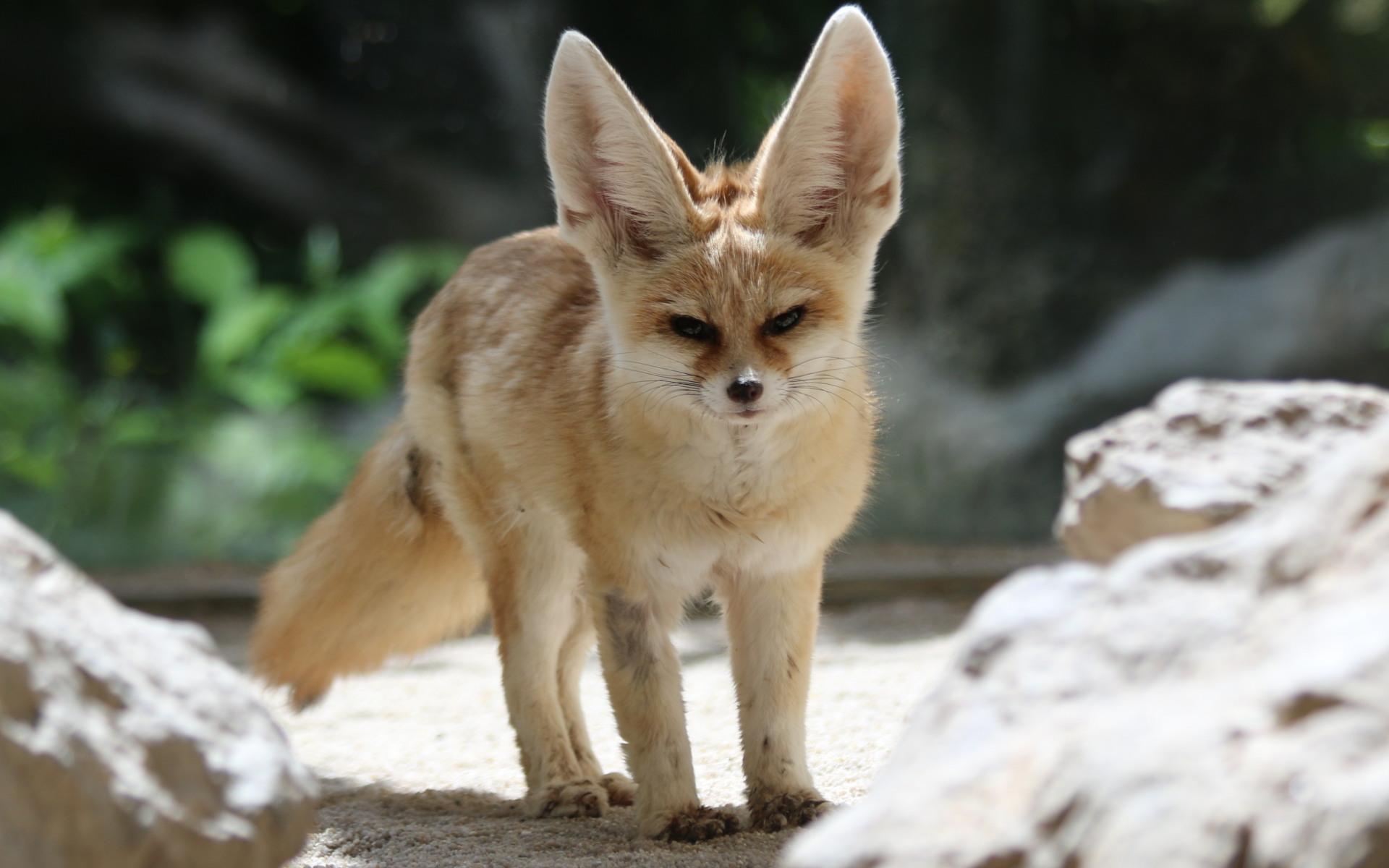 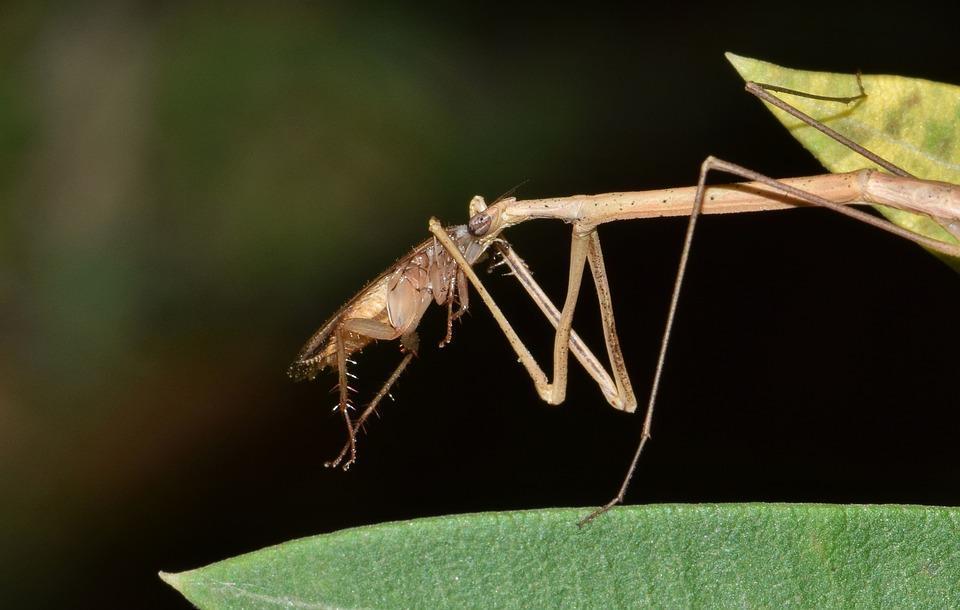 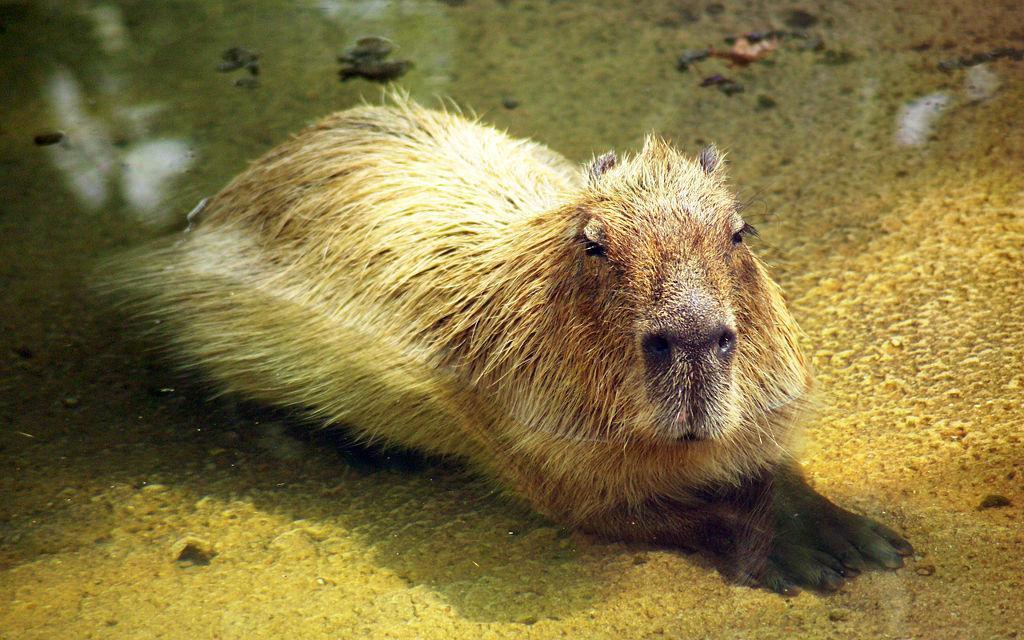 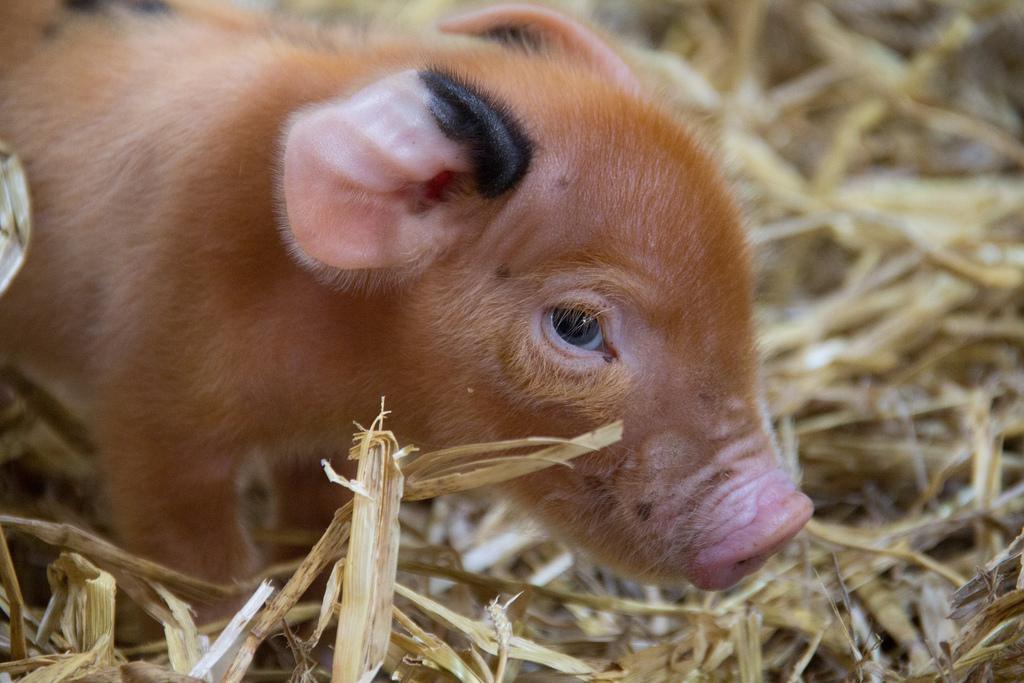 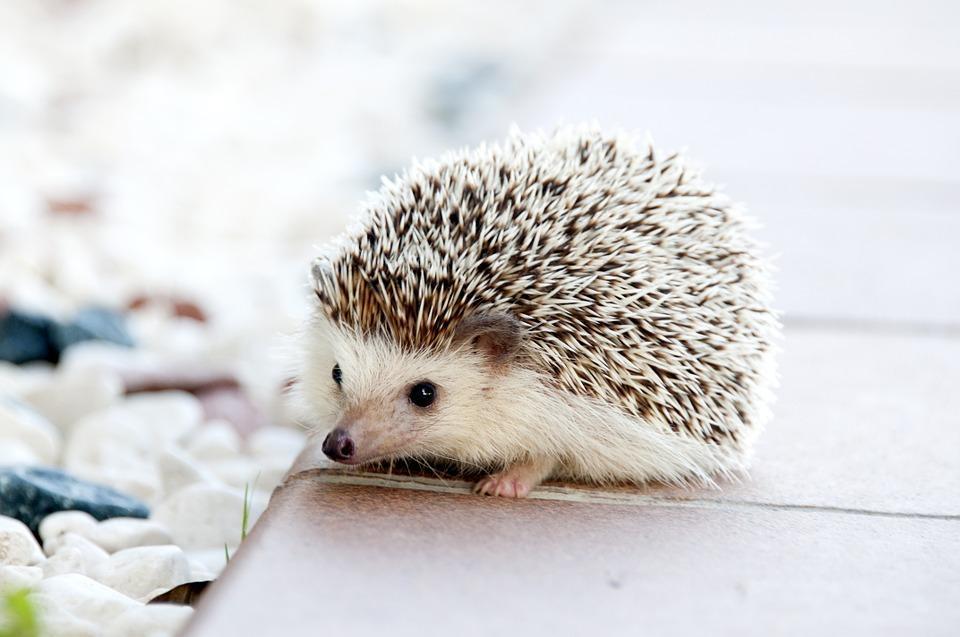 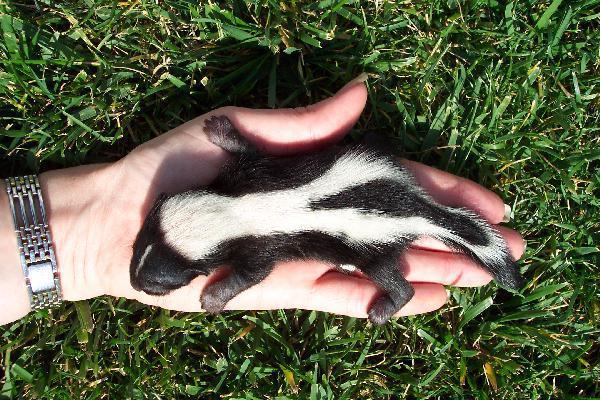