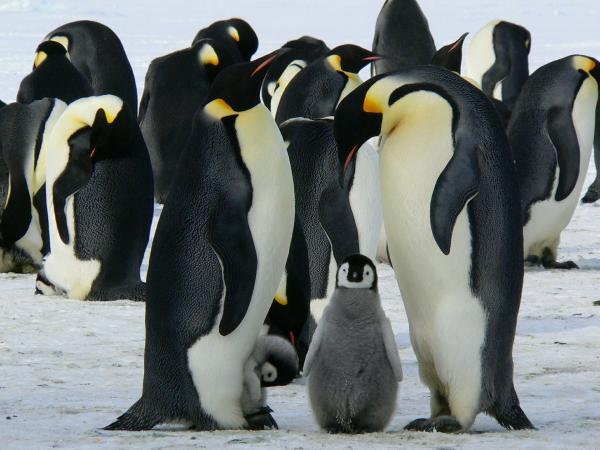 One of the most important elements of AnimalWised is our commitment to spreading information about animal and wildlife conservation. While we do this through our articles and videos, one of the best ways to learn about nature is to immerse ourselves in a documentary. Nature documentaries can help to take an issue, provide context for this issue and relay information in a dynamic way. Since we have to take time to sit down and watch a documentary, they can be very useful in helping a wider audience engage with conservation issues.

The films in our list of the best animal documentaries for conservation awareness are some of the most effective in terms of their impact on conservation and wildlife activism. If you are looking to watch something on Netflix tonight, but want to be engaging about issues affecting animals, keep reading.

Before we go into detail about the different animal documentaries which are the most impactful in terms of conservation, here is the list:

For many of us, zoos, aquariums, circuses and other places to witness animals outside of their wild environment have provided formative experiences. They may have even helped foster in us an interest in conservation in the first place. However, the history and operation of these institutions have shown that the animal's best interests are not always put first. Blackfish is the documentary which brought the most awareness of how the animal theme park SeaWorld has let down the marine animals in their care.

Blackfish is an animal documentary which shows us how they are treated in marine theme parks by focusing on the killer whale Tilikum. It shows how frustration caused by being kept in water tanks has lead to psychological and physiological damage in the whale. It also shows how this has resulted in the deaths of three animal trainers at SeaWorld. While this article will help keep us informed, it is heartening to know that its direct impact has led to the eventual cessation of orca shows at SeaWorld.

Not all nature documentaries are directly promoting conservation. However, movies like March of the Penguins help foster a love and appreciation for animals and their welfare by showing their plight. This documentary tracks the anual journey which a group of Emperor penguins make across the Antarctic tundra. Facing some of the cruelest and toughest conditions on the planet, these animals show their unique resolve and inspirational mettle.

In an effort to find food, protect their young and simply survive, the penguins engage in a fascinating social system. This is a spectacular and sobering animal documentary which vividly tells a very important story. Narrated by the legendary Morgan Freeman, we are brought into this world so seamlessly.

You may be more used to Disney anthropomorphizing animals for their famous feature films, but they also have a documentary department known as Disneynature. This documentary is similar to March of the Penguins in that Chimpanzee tells the story of a close-nit family of chimpanzees and how they interact with each other.

One of the most beautiful aspects of the film is the story of Oscar. Oscar is a baby chimp which is separated from his family and adopted by an adult male from another chimpanzee family. Together they go on a spectacular journey. The film is visually beautiful, helping to aid conservationist causes by showing how wild nature has a beauty which also needs to be protected. It also shows us how closely linked are chimpanzees and humans.

While some animal documentaries are a great way to help inform the whole family about animal welfare issues, the same cannot be said for The Cove. However, for adults, this is an important film. The reason is that some of the images in the movie are harrowing. While heartbreaking, the documentary is also insightful and unforgettable.

The film candidly describes a bloody dolphin hunt which takes place in the Taiji National Park in Wakayama, Japan. It shows the reasons behind why it happens and the effects it has on dolphin populations. Instead of relaying its message by focusing on a journey of individual dolphins, the documentary does it through the avatar of Ric O’Barry, a former-dolphin trainer who now works hard to fight for animal rights across the world.

One of the most fascinating and tense nature documentaries ever made, Grizzly Man tells the story of Timothy Treadwell. He was an environmentalist and bear enthusiast who lived with bears for 13 summers in the inhospitable terrain of Alaska. Treadwell was an eccentric ecologist who utilized unconventional methods to observe animals in their natural habitat. He even lived in areas with large bear populations so that he could interact with them. Unfortunately, it was this close proximity which eventually led to his being mauled to death by a bear.

By using Treadwell's own footage and interviews made by famed documentarian Werner Herzog, the move provides a unique insight into another side of conservation. Perhaps a cautionary tale as much as anything, the documentary shows us that a major part of conservation of wildlife is respecting their behaviors.

Some of the best nature documentaries are feature films, but a documentary series can really help us to dive deep into animal nature. Turning away from wildlife, the documentary Secret Life of Dogs is a British series from BBC Earth. It dramatically depicts the nature, behavior and essence of man's best friend.

Hugely bingeable, the Secret Life of Dogs looks in to why dogs have achieve their position as domestic animals. If you have a dog yourself, this documentary will help you to know your best friend on a deeper level. If you don't, it will make you want to have one in your life.

We can't look into the best animal documentaries and not mention Planet Earth. Much more than a single documentary, this BBC series is one of the most involved, well-researched and insightful documentaries about animal life which has ever been created. By using extreme patience and the most knowledgeable animal scientists, the filmmakers have managed to create a unique record of animal life on our planet. Quite simply, it is spectacular.

With the majority narrated by broadcaster and natural historian Sir David Attenborough, the series has quite rightly won numerous awards. Hopefully there will be even more Planet Earth series to come in the future. It can currently be seen on Netflix.

While they may not be on the same scale as feature length animal and nature documentaries mentioned in this article, you might want to take a look at some of the videos we use to highlight animal issues and information. One of the most publicized conservation issues of recent time is the bushfires which have killed millions of animals in Ausralia over 2019/2020. Check out our video below to know more:

If you want to read similar articles to The Best Animal Documentaries for Conservation Awareness, we recommend you visit our Facts about the animal kingdom category.

The 10 Best Animal Dads
Native Animals of the Himalayas
List of Big Eyed Animals - 15 of the Cutest!
The 5 Best Singing Birds
Related categories
Endangered animals
Most read
1.
What Animal am I According to my Zodiac Sign?
2.
What Does It Mean When a Cat Shows Up at My Door
3.
The 10 Most Solitary Animals in the World
4.
Differences Between Crows, Ravens and Rooks
5.
How Many Types of Lions Are There?
6.
10 Smells that Attract Cats
7.
Animals With Scales - A Full List
8.
10 Most Beautiful Animals in the World
The Psychology of Animal Cruelty
15 Animals That Pollinate
What are Ungulate Animals? - Definition, Characteristics and Examples
Native Animals of the Serengeti: Wildlife and Habitat
The Big Five Game Animals of Africa
Marine Animals of Baja California
What do the Edicts of Ashoka Say about Animal Rights?
The 5 Most Famous Fictional Animals 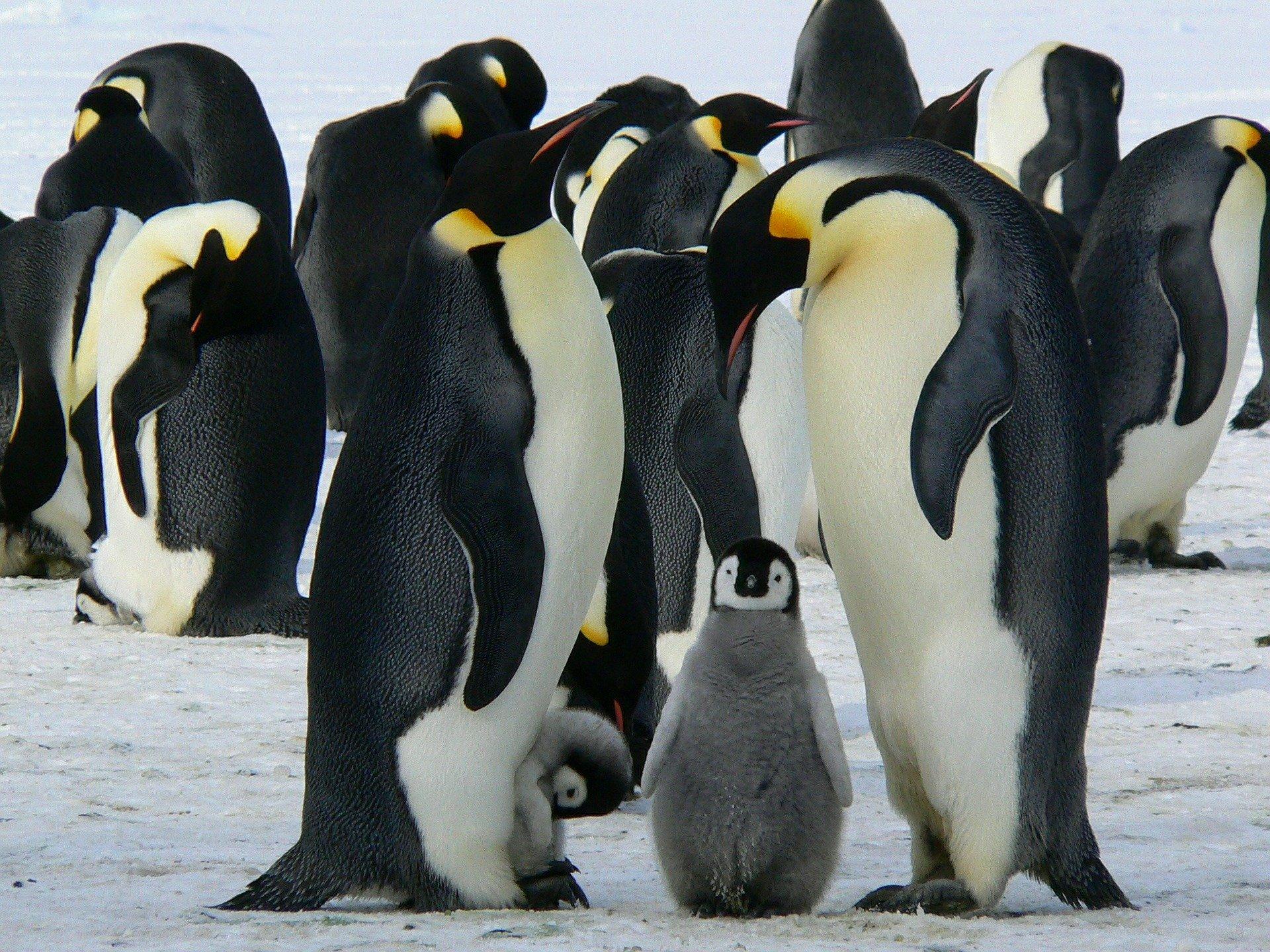 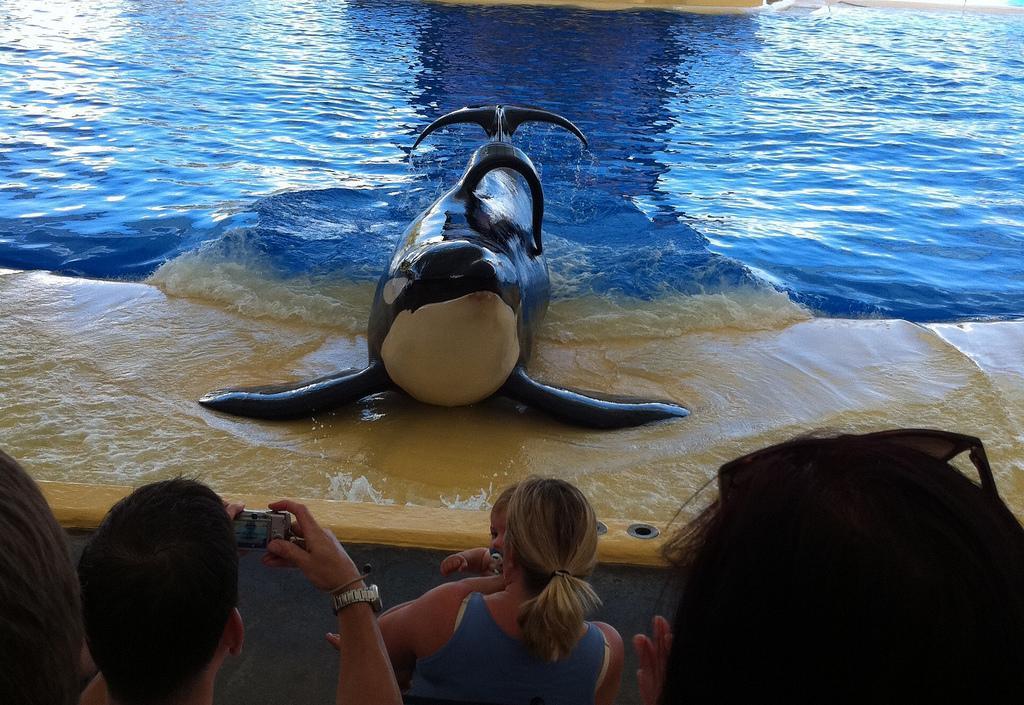 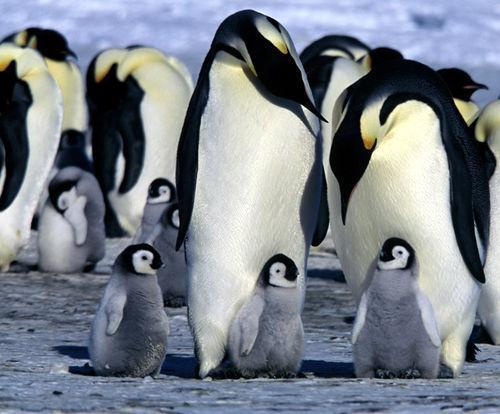 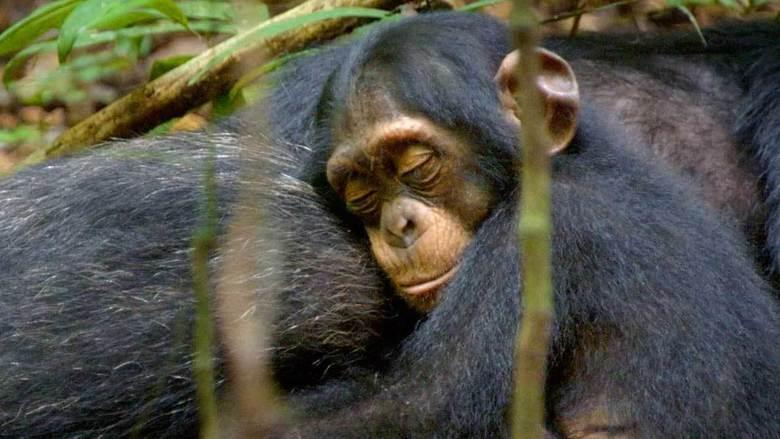 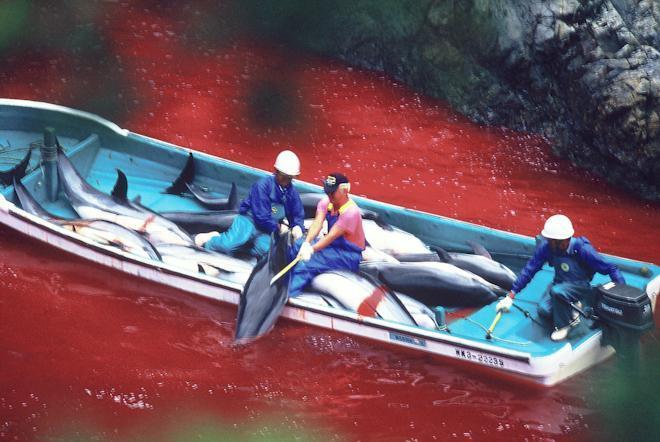 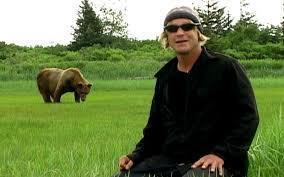 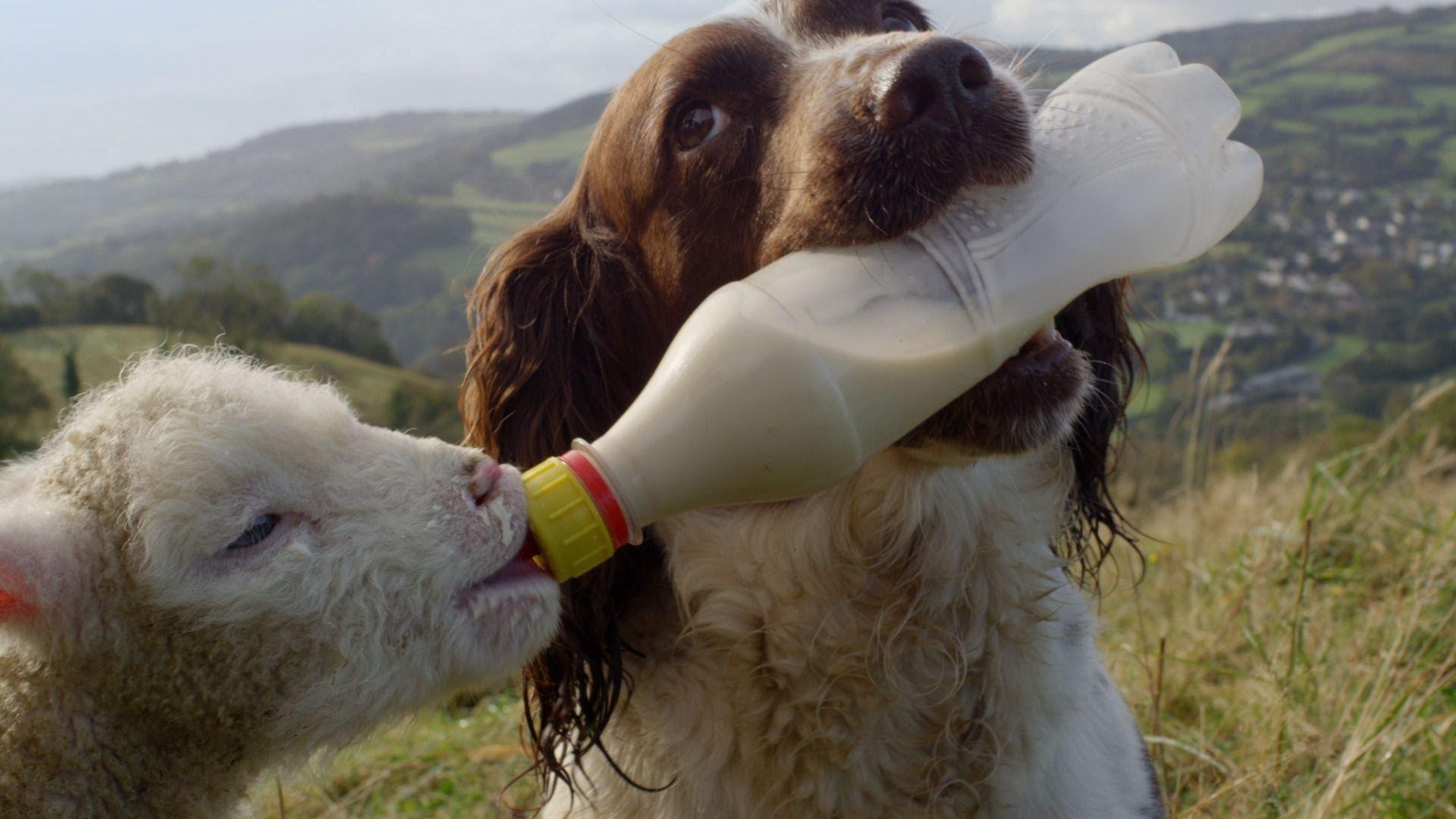 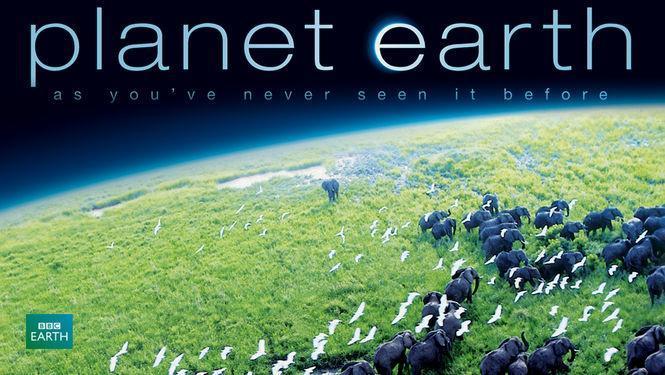