The Most Playful Cat Breeds

Any cat owner will know that cats have different personalities. Some will be lazy, blocking doorways like a living draft excluder. Others will jump over plant pots and lampshades like a little furry Evel Knievel. However, it is true that some breeds tend to share certain characteristics, even if there are many exceptions. When looking at the most playful cat breeds, AnimalWised wants to show you those most likely endlessly chase your laser pointer, stalk your feet under the duvet covers and generally want to be entertained (and keep you entertained at the same time). Being the owner of a playful cat means you have to be playful yourself. You need stamina and engagement, but the rewards are endless hours of fun with your playful kitty.

You may also be interested in: How to Care for a Labrador Puppy
Contents

Discovering the most playful breeds of cat is not an exact science, so these playful kitties are in no particular order. We do want to start, however, with a cat breed which is seen by many as being at the top. Abyssinia was the area known as the Ethiopian empire, now the country of Ethiopia. Stories of British soldiers returning from expeditions with Abyssinian kittens has contributed to their name, but there is some mystery surrounding their origins.

What is clear to see is that Abyssinian cats are not only one of the most playful cats, they are one of the most intelligent. Some even compare them to dogs in temperament. Eschewing the classic stereotype of an aloof moggy, Abyssinian cats crave attention and love to play all day. This means you need to be an owner who can keep up with their headstrong personalities. If you don't, they can get down and will affect their general well being. This doesn't mean they will cause you any trouble. They are incredibly affectionate and are quiet despite their need for company.

Manx cats mare from the British Isle of Man and have a particular feature not shared by many other cat breeds. That is of their short or even non-existent tail. Looking like it has been docked, these tails are actually a genetic mutation. What may not be as commonly known is that Manx cats are also one of the most playful breeds in the world. They are ‘mousers’ meaning they are known to chase small rodents, although it isn't uncommon for them to catch large rodents either.

They love to play, chasing toys and desiring a lot of company. Like the Abyssinian cat, if Manx cats don't get attention it can get them down. The way Manx cats play is also noticeable. Their body shape is muscular, but they have longer hind legs than many other cats which gives them a humped shape. This leads to being known for more of a hopping and pouncing nature than lithe running.

Maine Coons are one of the most fascinating breeds of domestic cat out there. If an Abyssinian cat behaves more like a dog than a cat, then Maine Coon cats behave more like humans than anything else. I even know of one in particular who likes to eat at the same time, in the same place as his owners. He practically needs a knife and fork.

When it comes to playing, Maine Coon cats are inexhaustible. They love to jump and play and are also a mouser cat meaning they love to chase. They are even known to be able to play fetch. As they are also the largest of all domestic cats breeds, their activity means keeping the Ming vases in the cupboard when they're around. They also are very loyal to their owners, so your investment in playing with these particularly furry friends will reap dividends.

These cats, like Manx cats, also have a unique physical characteristic. A dominant gene has led to cartilage in the cat's ears to fold downwards. This gives them the very distinctive rumpy look, which some say makes them resemble and owl. However, just because their ears are turned down, doesn't affect their playfulness one little bit.

Scottish fold cats will form a close attachment with owners, especially if they are well looked after and their playing needs are well met. They are clever and affection creatures who love to be outdoors. It is always best to keep Scottish folds in a homes where there is access to a garden. If this is not possible, then you will have to ensure you are particularly on your game when it comes to playing with these cats. Scottish folds can suffer from joint issues later in life, so don't push older kitties too hard if you notice they slow down a little with age.

Another cat which is named after the region from whence it comes, although this one is slightly off as it is from the Thai side of the Thailand-Burma (present day Myanmar) border. Where it is from, however, is not as important as how it tends to behave. Characteristically, they are very loyal and form strong bonds with their owners. It is not as common to see Burmese cats as strays, partially due to their reliance on animals.

While Burmese cats may not be the most independent of felines, they are indeed one of the most playful cat breeds. They have been said to be quite puppy like, maintaining a kitten style playfulness on into adulthood. Some owners have been known to teach Burmese cats to play tag, chasing them around the house. Perfect for responsible adult owners with a fun-loving kid side to them.

These distinctive cats have a look which gives them an ancient quality, despite their relatively recent introduction. They have beautiful long ears which resemble Egyptian statues recovered from a pyramid. They also have a thin coat to go with their skinny limbs and torso. This is because Cornish Rex cats only have a fur layer of down, making them incredibly soft for petting.

What Cornish Rex cats lack in fur, however, they make up for in playfulness. They are very loyal to their owners and are not shy. They are even usually quite sociable with strangers. Their playfulness is one which involves much jumping and a sometimes dizzying disregard for heights. They also like to play fetch and will keep playing all day if you have the time. Their agility and spindliness is also linked to this excess of energy.

Like the Manx, Japanese Bobtail cats also have a distinctive docked tail. It bobs along as they walk, but importantly to us, also while they play. While they may not be able to use this tail very well for balance, they are keen climbers, so it is important to ensure you protect belongings by not leaving them on places these cats can easily knock off. This is especially as Japanese Bobtails are also particularly curious cats.

Japanese Bobtail cats also have two particular love which affects their type of play. They love water and kids. Pawing the water and splashing is a fun afternoon for them. Hiding objects under the water and having them swipe and try to extract them is a particularly good game to play. They also love families and will be great around kids, as long as your kids are great around them.

A common trait among the most playful cat breeds is their intelligence. While we might think play as being for kids, playing is incredibly important for cats of all ages. They need socialization and their relationship with you is an incredibly important one to them. Bengal cats are one of the most intelligent cat breeds out there and this makes their capacity for play all the more.

Bengal cats are great jumpers, so they will often play at height which can be a problem for some home owners. They need lots of stimulation, but are very friendly and will repay your love with incredible amounts of love right back.

Similar to Bengal cats, Ocicats are domestic bred cats originating from their wild cousins. However, their temperament makes them almost the perfect pet. They can follow commands, giving them a dog like personality which makes them great for families. This also means the type of play you can have with them is also varied and far reaching.

Also agile, they have a lot of stamina, so you need to ensure you have the same. Their intelligence means, however, the time you invest in playing with them will be rewarded in one of the most engrossing and loyal cats you can have. Be careful when having them outside, however, as they are sociable to the point they may go up to the wrong people or investigate the wrong place.

Their curiosity is insatiable which means they can become bored easily. Stimulating them with lots of play is necessity if you want to be the owner of a Tonkinese cat. They will jump, but they'll also tell you about it with their particular call. If you are not as playful as this type of cat, then you will have to put up with a lot of mewing for attention.

These playful cats all need lots of attention, so if you want to make sure they are well stimulated in play, we can help you with these articles on the 5 best toys for cats as well as how to make your own DIY cat toys.

If you want to read similar articles to The Most Playful Cat Breeds, we recommend you visit our Basic care category.

10 Hypoallergenic Cat Breeds for Allergic Families
How To Take Care Of A Boxer
Can Hamsters Live Together in the Same Cage?
The Best Places to Pet a Cat - How to Pet Properly
Related categories
Skin careFur careGeriatricsHeatExtra careEye care
Most read
1.
When Does a Dog Go Into Heat After Having Puppies?
2.
Third Eyelid Showing in Cats - Causes and Treatment
3.
Can You Touch Newborn Puppies?
4.
Why Is My Pregnant Dog Not Eating?
5.
Dog Pregnancy - Week by Week
6.
How do Horses Mate? - Horse Reproduction
7.
How to Control a Male Dog Around a Female in Heat
8.
Possums as Pets: General Guidelines and Tips
Caring for a Ragdoll Cat
Caring for a Sphynx Cat
How to Take Care of a Siberian Husky
Caring for a Persian Cat
The Best Toys for Rabbits
Persian or Farsi Names for Cats
Is it Bad to Dress Dogs in the Winter?
All About the Pekingese Dog

The Most Playful Cat Breeds 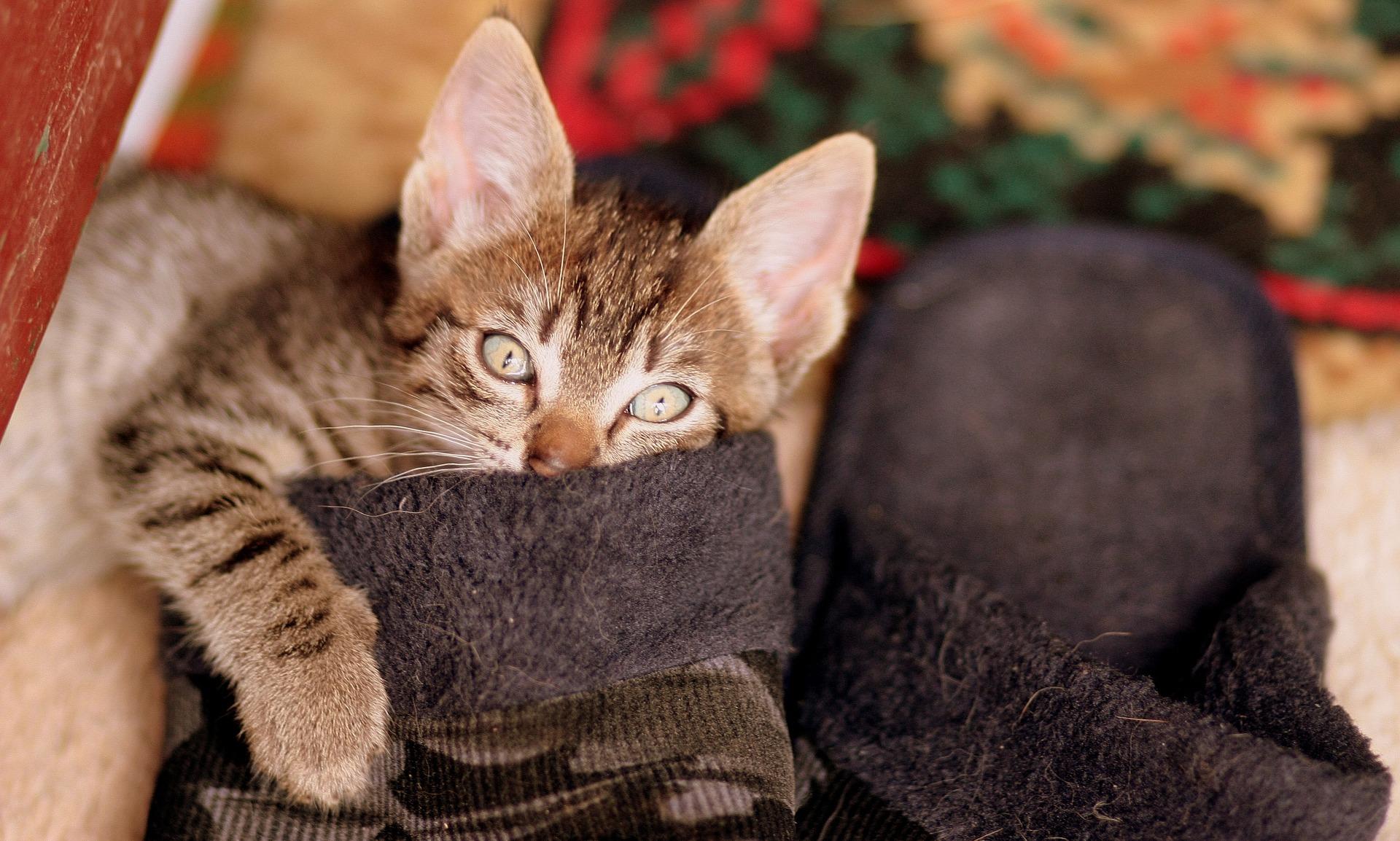 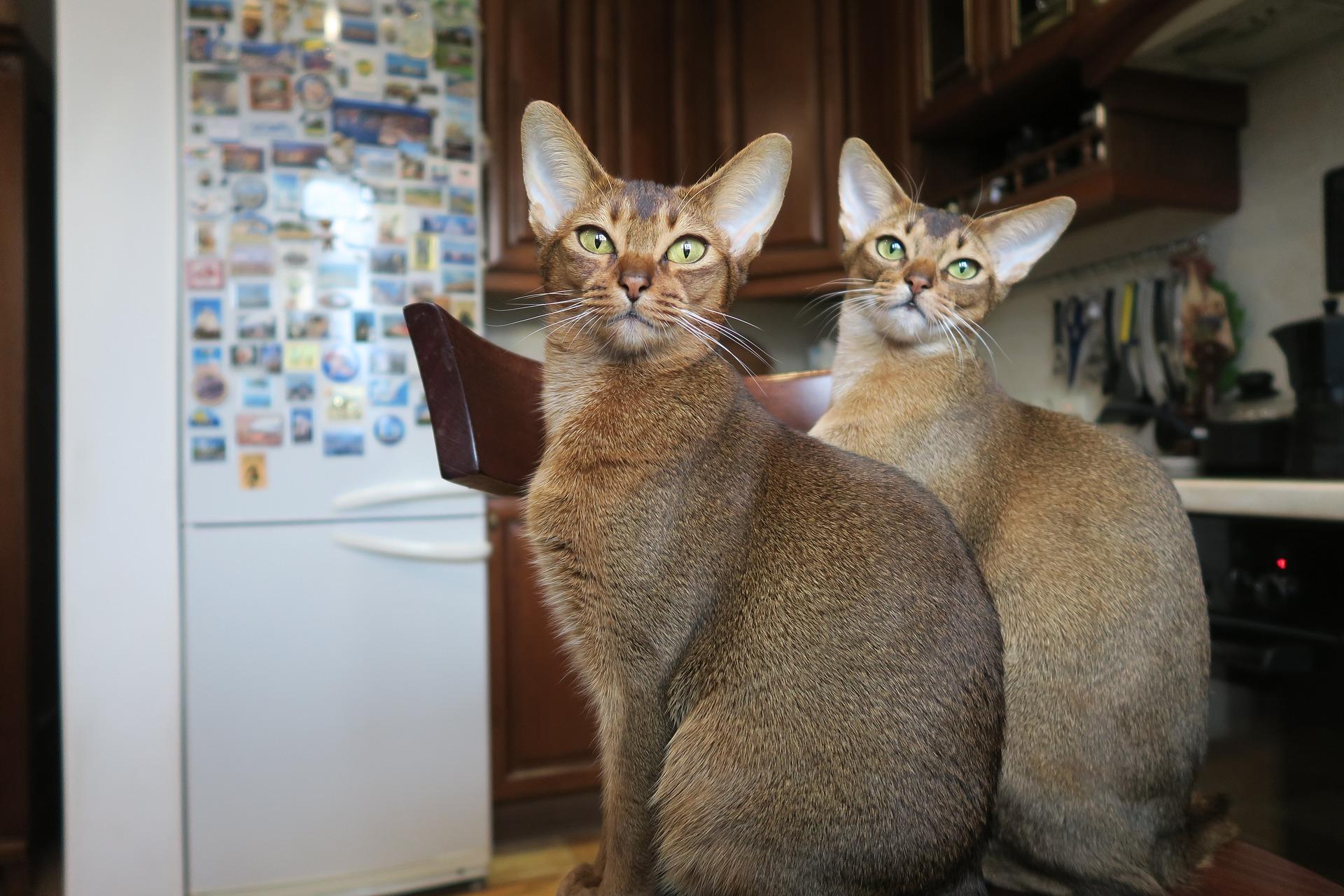 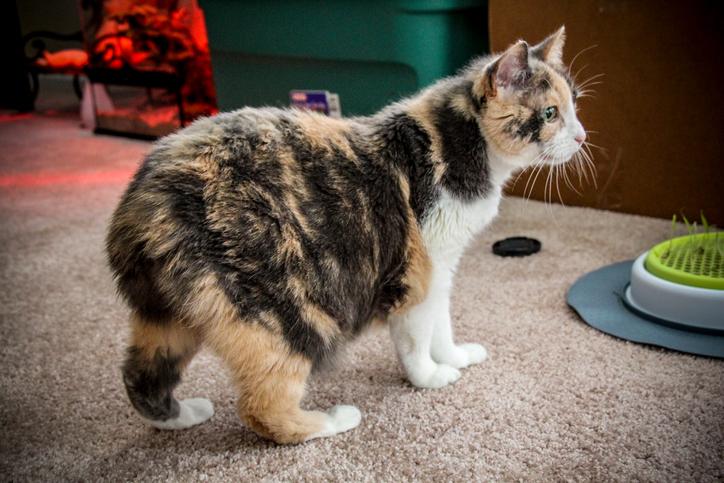 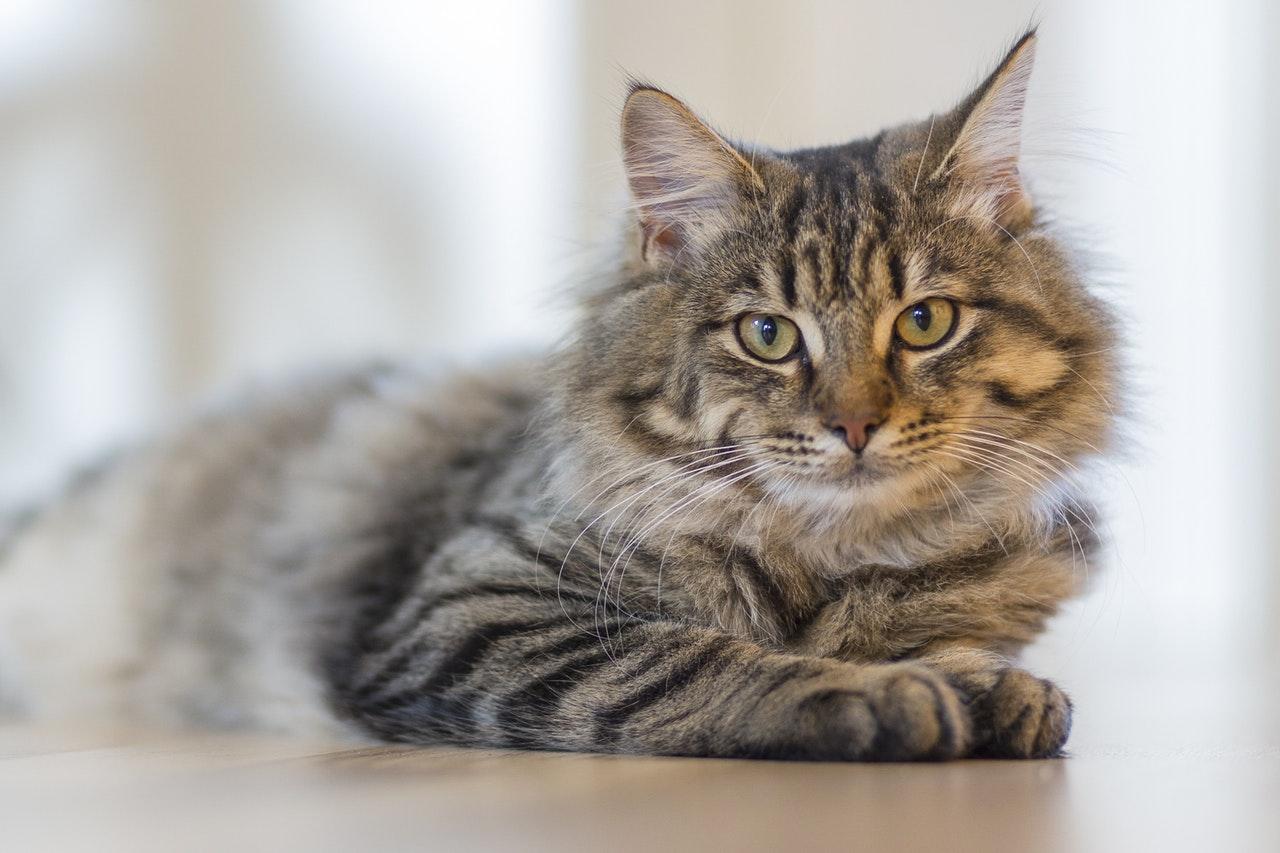 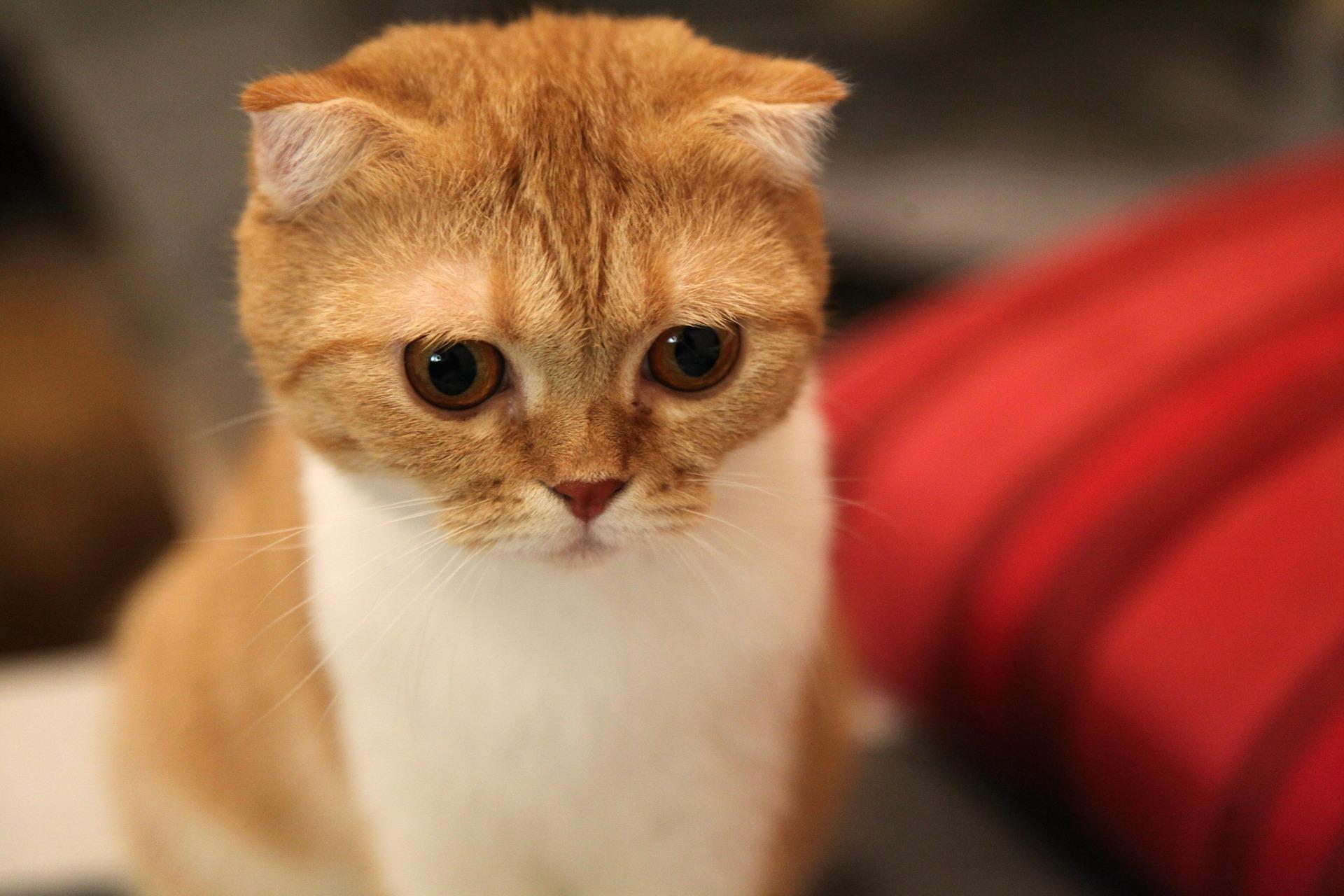 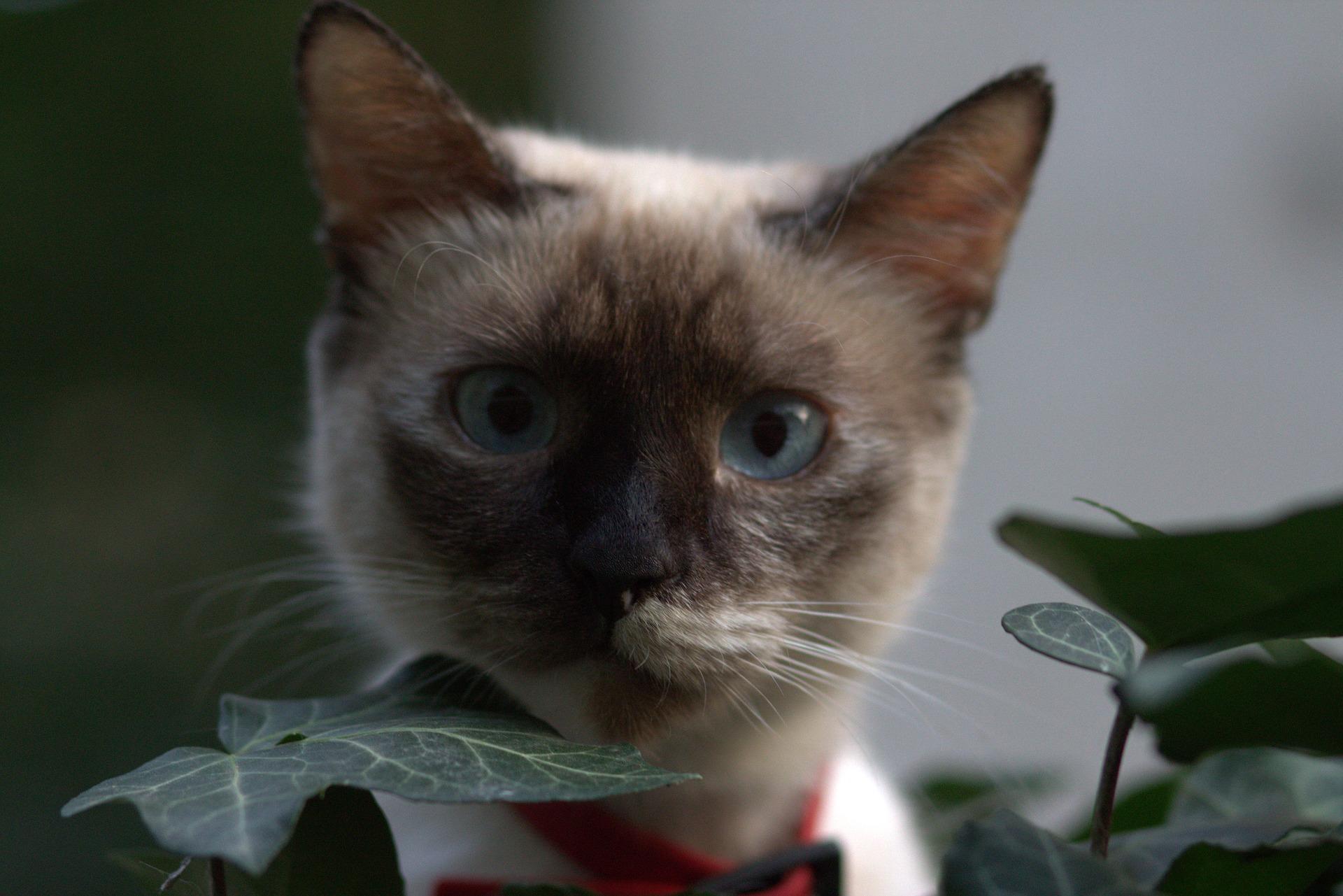 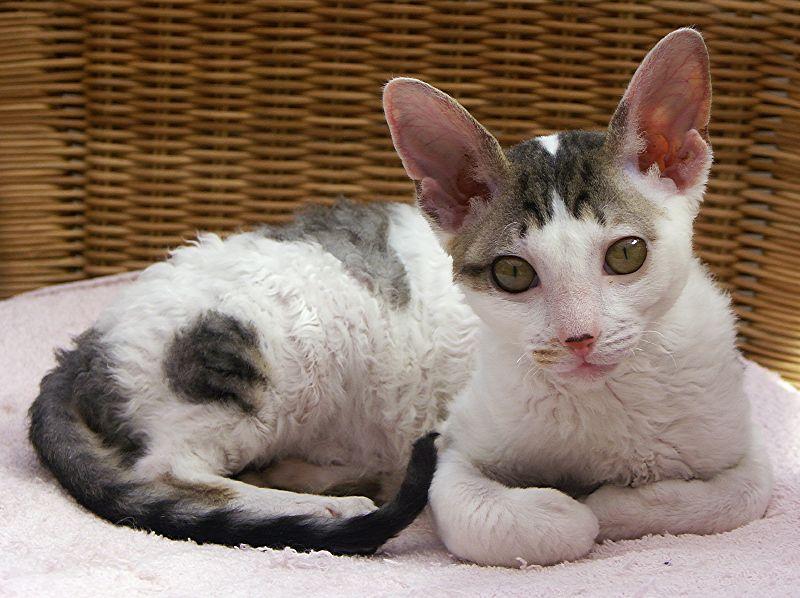 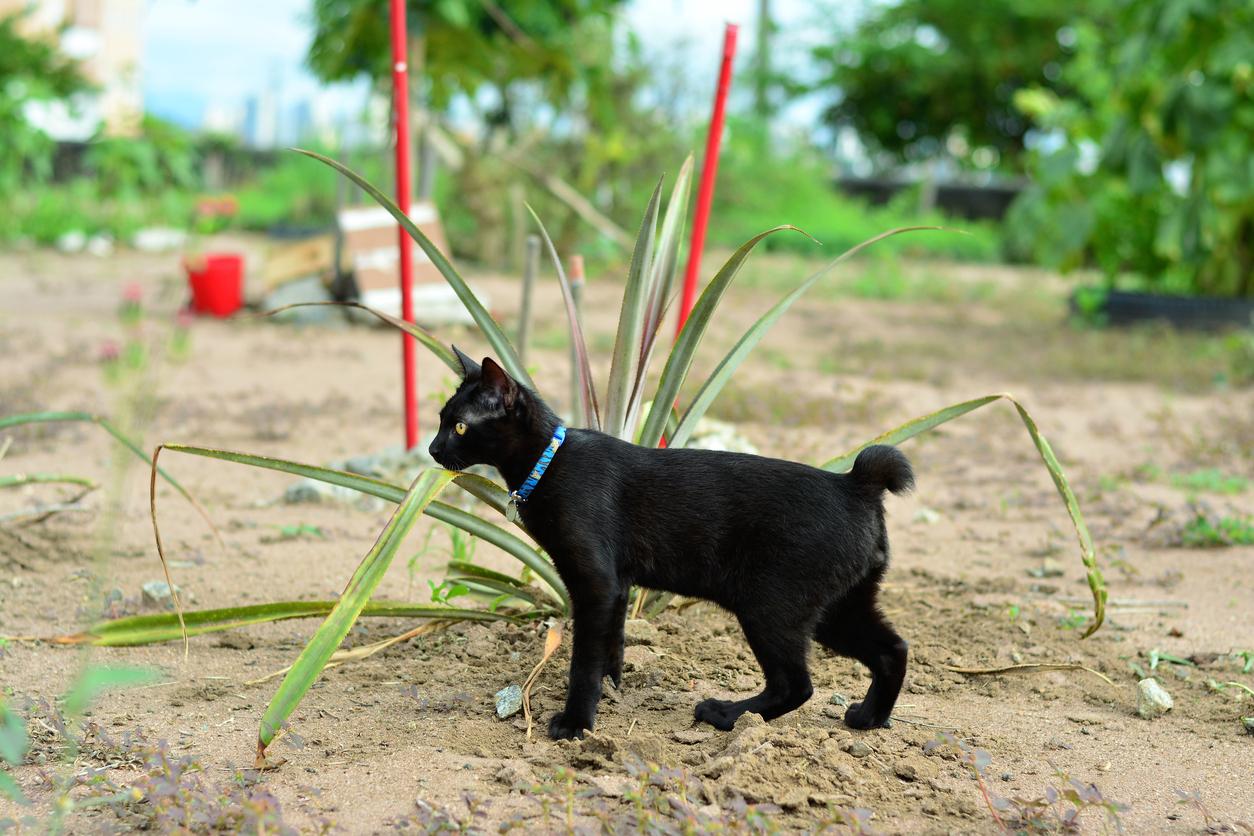 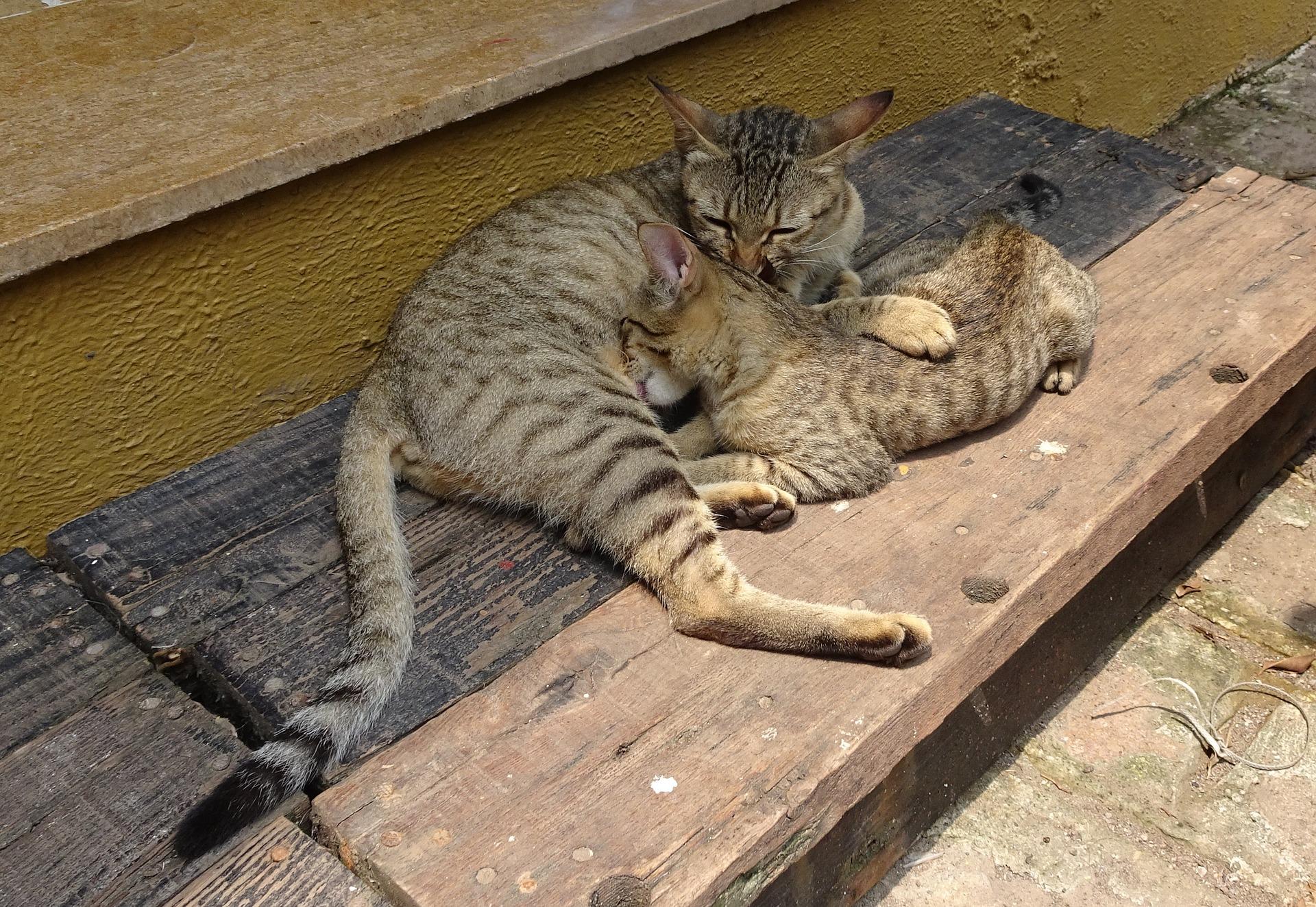 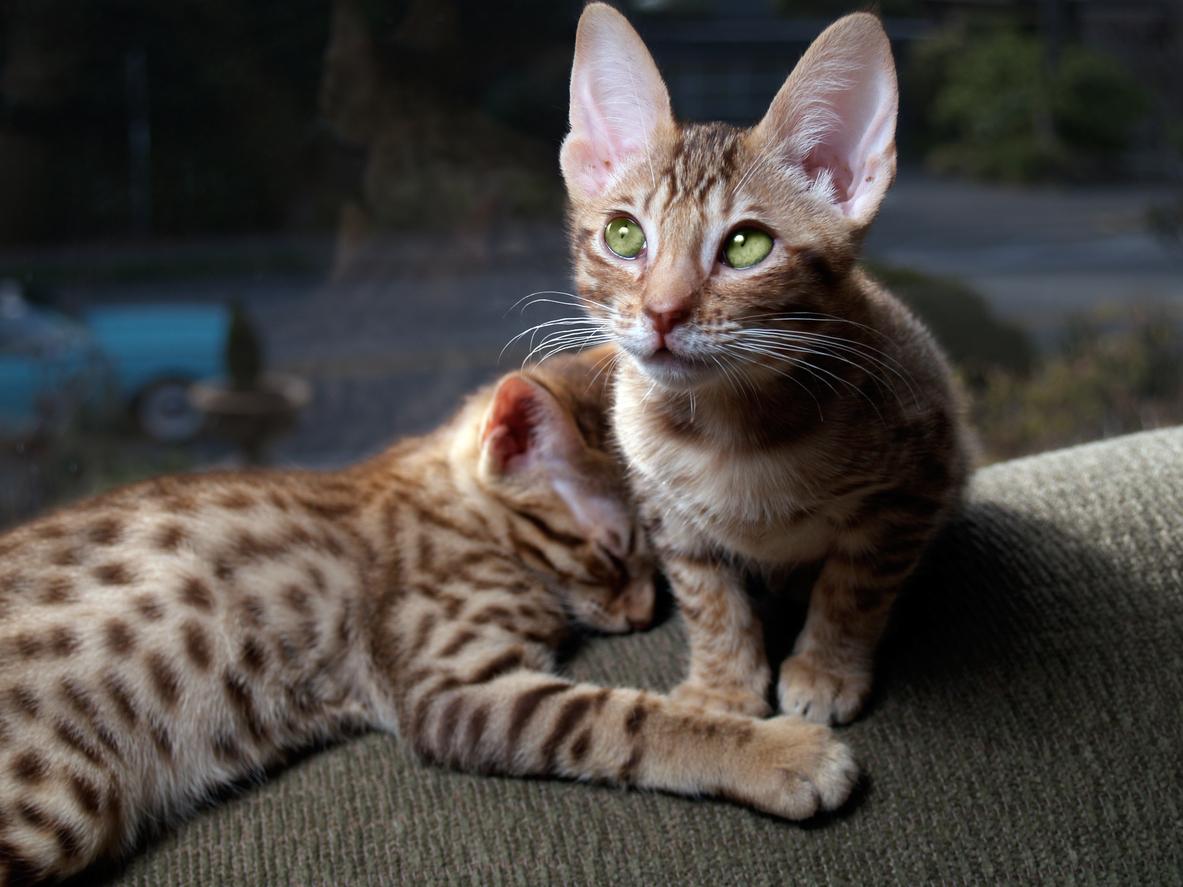 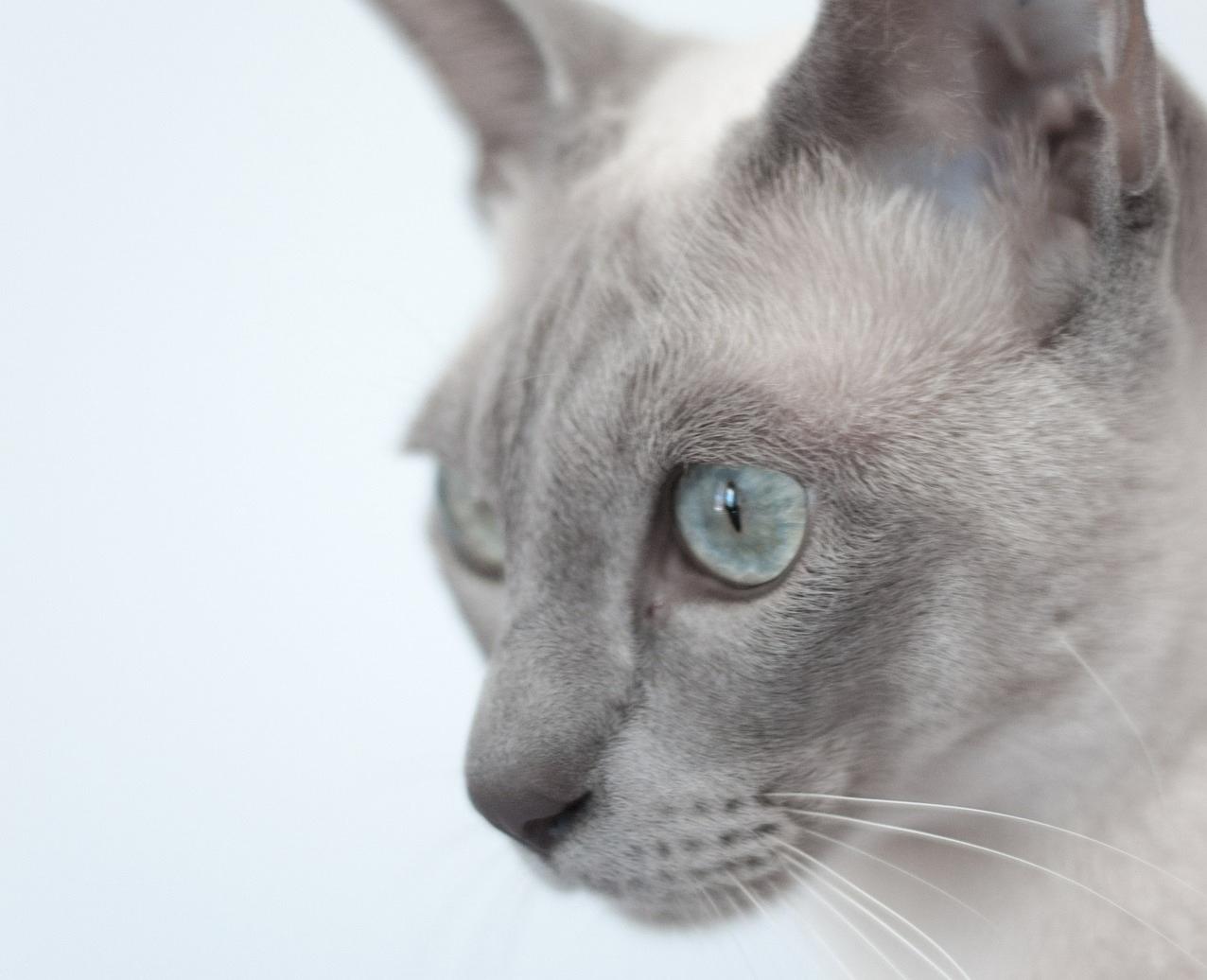 1 of 11
The Most Playful Cat Breeds
Back to top