By Nick A. Romero, Biologist and environmental educator. August 11, 2021

We may associate mammals as a type of land animal. Since the vast majority of animals are terrestrial, we can understand. However, it leaves out important animals of the air and sea. In this AnimalWised article, we present one of the most recognizable of all aquatic mammals, the porpoise. You may know them by other names, but they all part of the Phocoenidae family of mammals.

These mammals are often mistaken for dolphins. This is also understandable since they closely resemble each other. However, they have certain differences both taxonomically and anatomically. Differences between porpoises and dolphins exist in their size, reproductive habits, physical characteristics and even behaviors. To learn more, continue reading our guide to the different types of porpoises.

Porpoises are aquatic mammals, belonging within the group of cetaceans known as odontocetes, also known as toothed-whales. This group is a parvorder which also includes dolphins and whales. However, the animals we call porpoises all correspond to the Phocoenidae family. Within this family, the smallest species of cetaceans are found.

Porpoises and dolphins are commonly confused due to their similar appearance, as well as the fact they are taxonomically linked. However, both groups diverge in the final point of classification, belonging to different families (Delphinidae for the latter and Phocoenidae for the former).

Take a look at our article on the types of river dolphins around the world to learn more.

Porpoises are relatively small individuals, when compared to other cetaceans. The size range can vary according to the species. Generally porpoises measure between 1.5 to 2 meters in length, although individuals can be found below or above these measurements. In terms of weight, they range from about 50 to 220 kg (110 to 485 lbs) approximately.

They are sexually dimorphic animals in relation to the size of the females, which are usually larger than the males. The body is similar to a torpedo shape and they have a single blowhole, an orifice important for respiration. This is similar to how dolphins breathe.

Although the skull is somewhat similar to that of dolphins, porpoises have certain protrusions that differentiate it. The facial shape extends backwards, which gives the peculiar feature to the head. The result is a bulging structure, devoid of ears, which protrudes from the back.

Their jaws are short, so they do not have the elongated shape that characterizes dolphins. They have many teeth, with the peculiarity that the end of the mouth does not completely cover their dental structures. This provides the impression that they are always smiling.

With the exception of the genus Neophocaena, all porpoises have a dorsal fin which tends to be small and triangular or with a pointed shape. They also have two forward fins, plus the tail. The Neophocaena is known as the finless porpoise as they lack a dorsal fin.

Porpoises are usually of a uniform gray color, but there are also some with a marked gray, black and white coloration. Their body is covered with a thick layer of fat that helps them with thermoregulation, in addition to serving as protection against predation in some cases.

Although their eyes are not large in relation to their body size, they have good vision acuity. In addition, they have the sense of echolocation. As with other cetaceans, this is highly developed and allows them to locate and know the surrounding environment. They do so by relying on the emission of high frequency sounds known as clicks.

There are three genera of porpoises, which contain a total of seven species. Below we reveal what they are, as well as provide information on where they live and whether they are marine animals in danger of extinction:

In this there are two species of porpoises:

It is the genus that groups the largest number of porpoise species, with a total of four:

This genus groups a single species of porpoise:

Although porpoises are different animals to dolphins, they are related. To learn more check out our article on 10 fun facts about dolphins.

If you want to read similar articles to Types of Porpoises - Characteristics of Porpoise Species, we recommend you visit our Facts about the animal kingdom category. 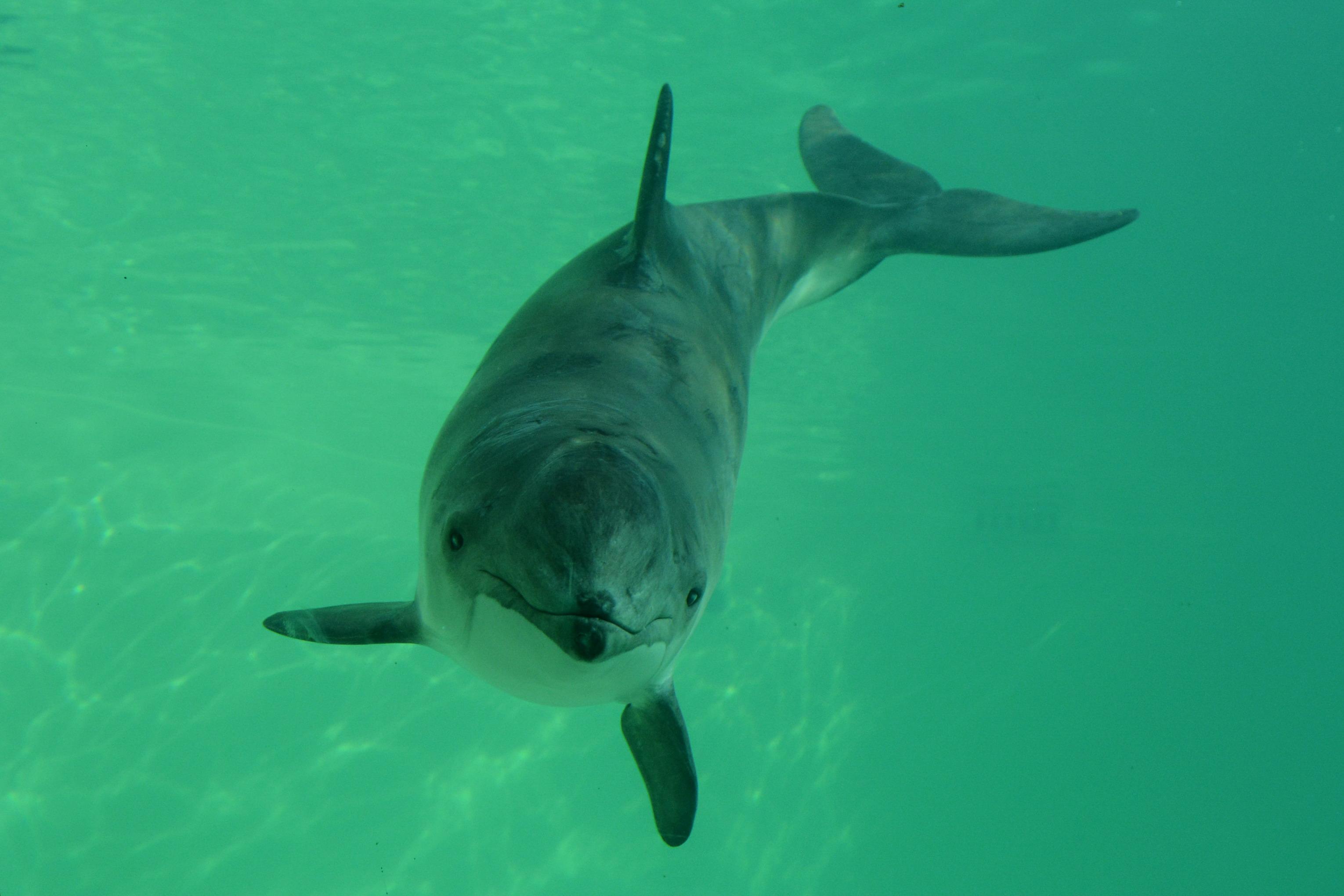