Types of River Dolphins Around the World 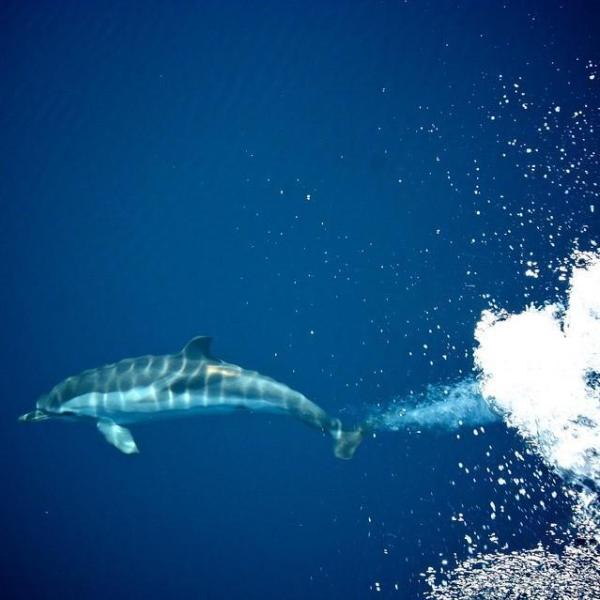 Dolphins are cetacean mammals that live in marine and continental waters. They are very intelligent animals with an enormous capacity of communication between them. Although the marine bottlenose dolphin is the most famous dolphin species, there are freshwater dolphins such as the river dolphins that live in rivers in Asia and South America.

This type of dolphin is very threatened because humans invade their habitat, which negatively affects their reproduction. River pollution, dams, and boats are adverse factors for the existence of river dolphins. If you continue reading this AnimalWised article you will learn about the different types of river dolphins around the world, their habitat and habits.

You may also be interested in: Types of Porpoises - Characteristics of Porpoise Species
Contents

The best-known river dolphin is probably the pink river dolphin or Amazon river dolphin. Its scientific name is Inia geoffrensis and it is found throughout the basins of the Amazon and Orinoco rivers. This dolphin is the largest freshwater dolphin, reaching 2.5 m (8.2 ft) in length and weighing up to 185 kg (408 lb), and it has 25 to 29 teeth in its jaws.

The Amazon river dolphin, unlike marine dolphins, doesn't have fused cervical vertebrae. This allows it to rotate its neck in all directions. This river dolphin is a very playful animal that does not fear humans, approaching them out of curiosity.

What gives the Amazon river dolphin its other name is the pinkish color of its skin upon reaching adulthood. These dolphins feed on fish, including piranhas. They also eat turtles and crabs. On the other hand, the pink river dolphin's predators are bull sharks when venturing up the river. Alligators, anacondas and jaguars also attack these beautiful cetaceans.

Pollution from heavy metals, pulp mills and other human industries are a major threat to the species. It is a protected animal.

Subspecies of the Amazon river dolphin

The scientific name of the Bolivian river dolphin is Inia geoffrensis boliviensis. It is smaller than the Amazon river dolphin, but it has more teeth attached to its jawbone, 31-35 in total. It is threatened.

The Araguaian river dolphin, scientifically known as Inia geoffrensis geoffrensis, is a subspecies of the Amazon river dolphin classified not too long ago. It is the smallest in South American and has the fewest number of teeth attached to its jawbone, with an average total of 24-28. It is also an endangered type.

This dolphin, commonly called Franciscana in Argentina and Uruguay, lives in the Río de la Plata in the South East of South America. Its scientific name is Pontoporia blainvillei. This cetacean measures up to about 1.80 m (5 ft 10 in) long and its average weight is about 50 kg (110 lb).

In the Ganges, Brahmaputra, Meghna, Karnaphuli, Sangu and other rivers in India, Nepal, Bangladesh and Bhutan there is a type of river dolphin that can measure up to 2.60 m (8 ft 6 in). It is the South Asian river dolphin, or Platanista gangetica.

This cetacean is blind because it lacks crystalline. It moves by echolocation, that is, by waves emitted by the dolphin that bounce off objects and help it create a mental map of its direction and movement.

The Indus dolphin, Platanista gangetica minor, is another subspecies of the South Asian river dolphin and thus a cousin to the Gangetic dolphin. It is also called "bhulan". Like the other subspecies, it reaches about 2.5 m (8 ft 2 in) and moves by echolocation.

If you want to read similar articles to Types of River Dolphins Around the World, we recommend you visit our Facts about the animal kingdom category.

Types of River Dolphins Around the World 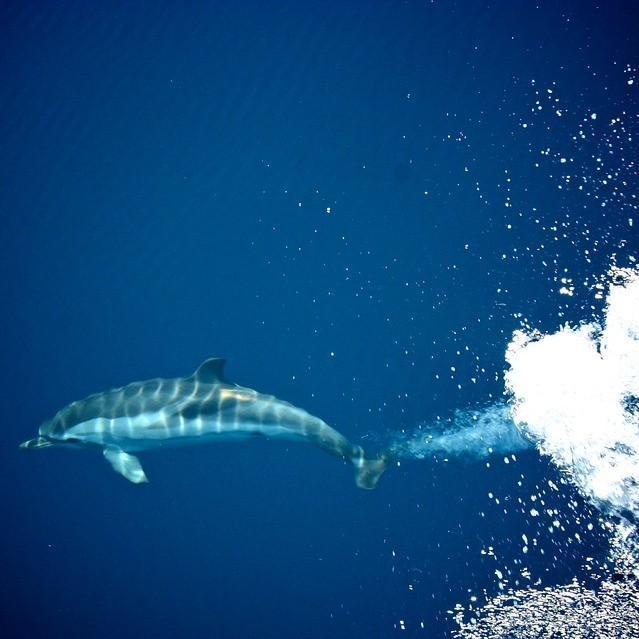 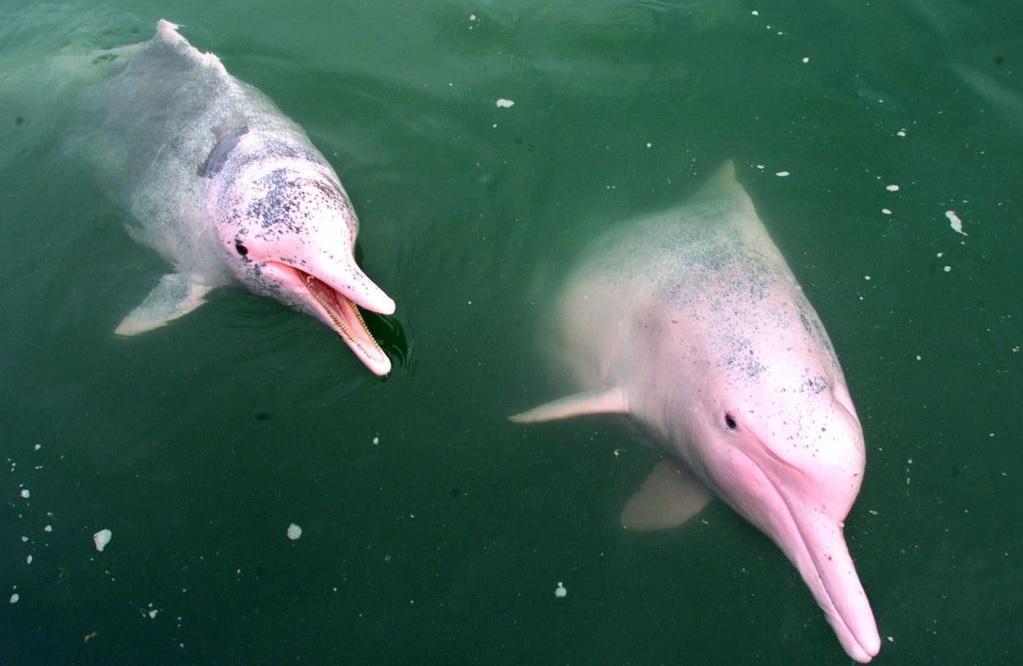 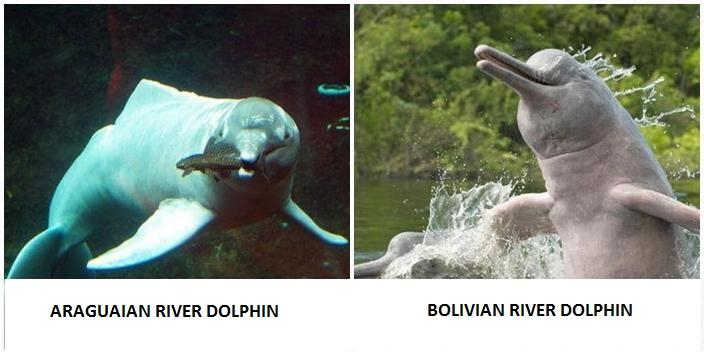 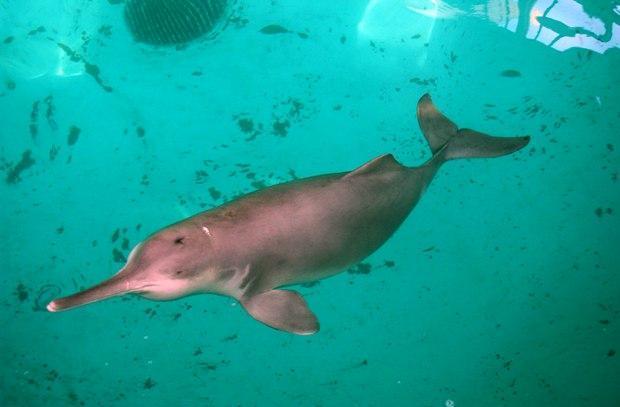 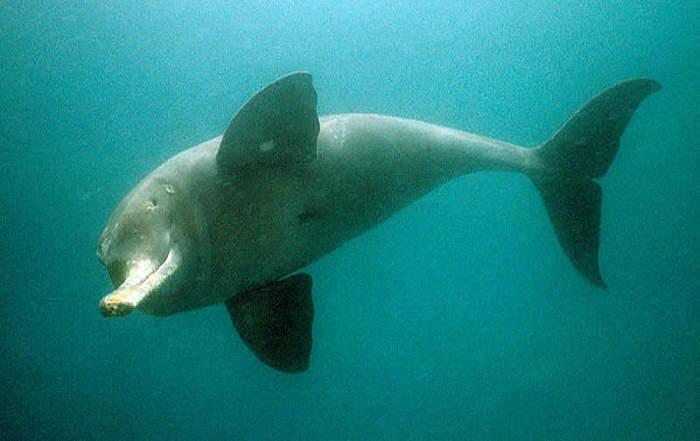 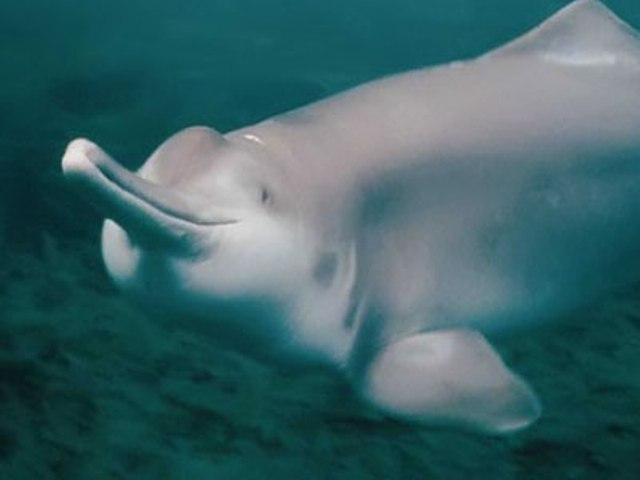