By Josie F. Turner, Journalist specialized in Animal Welfare. May 15, 2017

Marine and ocean waters are inhabited by many living beings. Among them are many different types of turtles. A peculiarity of sea turtles is that males always return to the beaches where they were born to breed. This does not necessarily happen with females, which may vary on which beach they lay their eggs. Another curiosity is that the sex of the turtles is determined by the temperature reached in the spawning grounds.

A phenomenon of the sea turtle is the kind of tears their eyes generate. This occurs when they remove excess salt in their body through this mechanism. All these sea turtles are long-lived, lasting at least 40 years, and some loosely double that figure. To a lesser or greater degree all types of sea turtles are threatened.

Another peculiarity of sea turtles is that they cannot retract their head into their shell, something tortoises can do. If you continue reading this AnimalWised article we will show the current species of sea turtles and their main features.

You may also be interested in: Life Cycle Of Sea Turtles
Contents

The loggerhead, Caretta caretta is a turtle that lives in the Pacific, Indian and Atlantic oceans. Some specimens have also been detected in the Mediterranean. They measured an average of 90 cm and a weight of 135 kg, although some specimens have been observed exceeding 2 meters and more than 500 kg in weight.

This turtle is also known as loggerhead sea turtle. This is because its head is the largest among sea turtles. Male loggerhead turtles are distinguished by the size of their tail. An appendix that is thicker and longer than females.

The loggerhead diet is varied. Starfish, barnacles, sea cucumbers, jellyfish, fish, bivalves, squid, algae, flying fish and hatchlings (even their own species). This turtle is threatened.

The leatherback, Dermochelys coriacea, is the largest and heaviest sea turtle amongst those that live in the oceans and seas. Their usual size is 2.30 meters with a weight greater than 600 kg, although there have been giant specimens with weights exceeding 900 kg. It preferably feeds on jellyfish. The shell of the leatherback turtle has a leathery feel that is not hard. For this reason it is called leatherback.

The leatherback turtle is more widespread in the oceans than other sea turtles. The reason for this is that they are better able to withstand temperature changes, as their body's thermoregulatory system is the most efficient among sea turtles. This species is threatened.

The hawksbill turtle, Eretmochelys imbricata, are wonderful animals that are critically endangered. There are two subspecies. One inhabits the tropical waters of the Atlantic Ocean and the other lives in the warm waters of the Indo-Pacific area. Hawksbill turtles have migratory habits.

Hawksbill turtles are between 60 and 90 cm long and weigh 50 to 80 kg, although there have been specimens with up to 127 kg. weight. Its legs are like fins for swimming. Hawksbill turtles like to live in tropical reef waters.

Given the hardness of its wonderful shell it has few predators. Sharks and marine crocodiles are their natural predators but it is human action, with our overfishing, fishing techniques, urbanisation of nesting beaches and pollution, that has led hawksbill to be on the brink of extinction.

The olive ridley, Lepidochelys olivacea, is the smallest of the sea turtles. They measure an average of 67 cm and weigh about 40 kg, although some specimens have been recorded to weigh up to 100 kg.

The olive ridley turtles are omnivorous, feeding either on algae or crabs, shrimp, fish, snails and lobsters. They are coastal turtles, populating the coastal areas of all continents except Europe. The olive ridley is threatened.

Kemp's ridley, Lepidochelys kempii, is a small sea turtle. It is found in coastal waters from Venezuela to Newfoundland. It can measure 93 cm, with an average weight of 45 kg although there are specimens that have weighed up to 100 kg.

The kemp's ridley lays eggs only during the day, unlike other sea turtles that take advantage of the night to lay their eggs. These turtles feed on sea urchins, jellyfish, seaweed, crabs and shellfish. This species of turtle is in critical condition.

The flatback turtle, Natator depressus, is a turtle population found only in the waters of northern Australia. This turtle is between 90 and 135 cm long, weighing 100 to 150 kg. It does not have migratory habits except when laying its eggs, in which case females will occasionally be force to travel up to 1000 km. Males never return to dry land.

It is precisely the eggs which suffer greater predation. Foxes, lizards and humans consume the eggs. Its usual predator is the marine crocodile. The flat turtle has an inclination for shallow waters. The color of the shell is in the range of brown / green or olive colors. The species degree of conservation is not know exactly. There is a lack of reliable data to make correct assessments.

The green turtle, Chelonia mydas, It is a large turtle that inhabits the tropical and subtropical waters of the Atlantic and Pacific oceans. Its size can reach up to 170 cm long, with an average weight of 200 kg, however, specimens of up to 395 kg have been recorded.

There are several genetically distinct subspecies based on their habitat. They have migratory habits and unlike other sea turtle species males and females go to the beaches to sunbathe. Apart from humans, the tiger shark is the main predator of the green turtle.

If you want to read similar articles to Types of Sea Turtles, we recommend you visit our Facts about the animal kingdom category.

How Do Turtles Communicate?
10+ Types of Sea Urchins
What is the Difference between Turtles and Tortoises?
Fun and Interesting Facts About Turtles
Related categories
Endangered animals
Most read
1.
What Animal am I According to my Zodiac Sign?
2.
10 Most Beautiful Animals in the World
3.
What Does It Mean When a Cat Shows Up at My Door
4.
The 10 Most Solitary Animals in the World
5.
Top 10 Smells Dogs Hate
6.
How Many Types of Lions Are There?
7.
Why do Dogs Get Stuck when Mating?
8.
My Female Dog In Heat Won’t Accept A Male - Causes
How Long Do Turtles Live? - Longevity of Turtles
Aquatic Reptiles - Types of Marine and Freshwater Reptiles
Reproduction of Turtles and Tortoises
Types of Annelids – Examples of Annelid Species
Do Turtles Have Teeth?
Different Types of Pigeons
Different Types of Otters
How Many Teeth Do Sharks Have? - Types of Shark Teeth 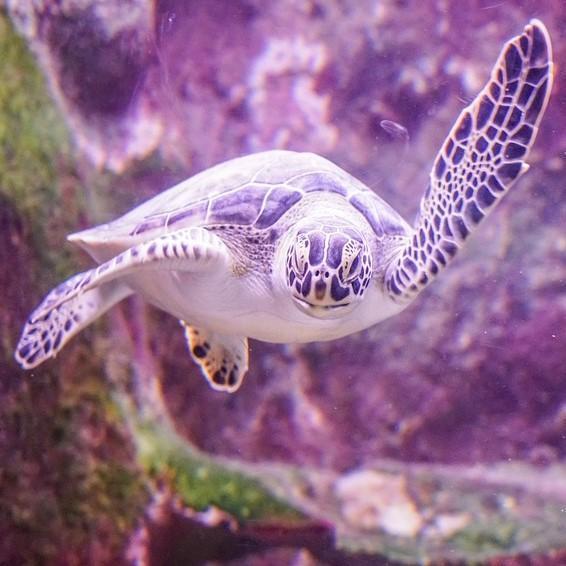 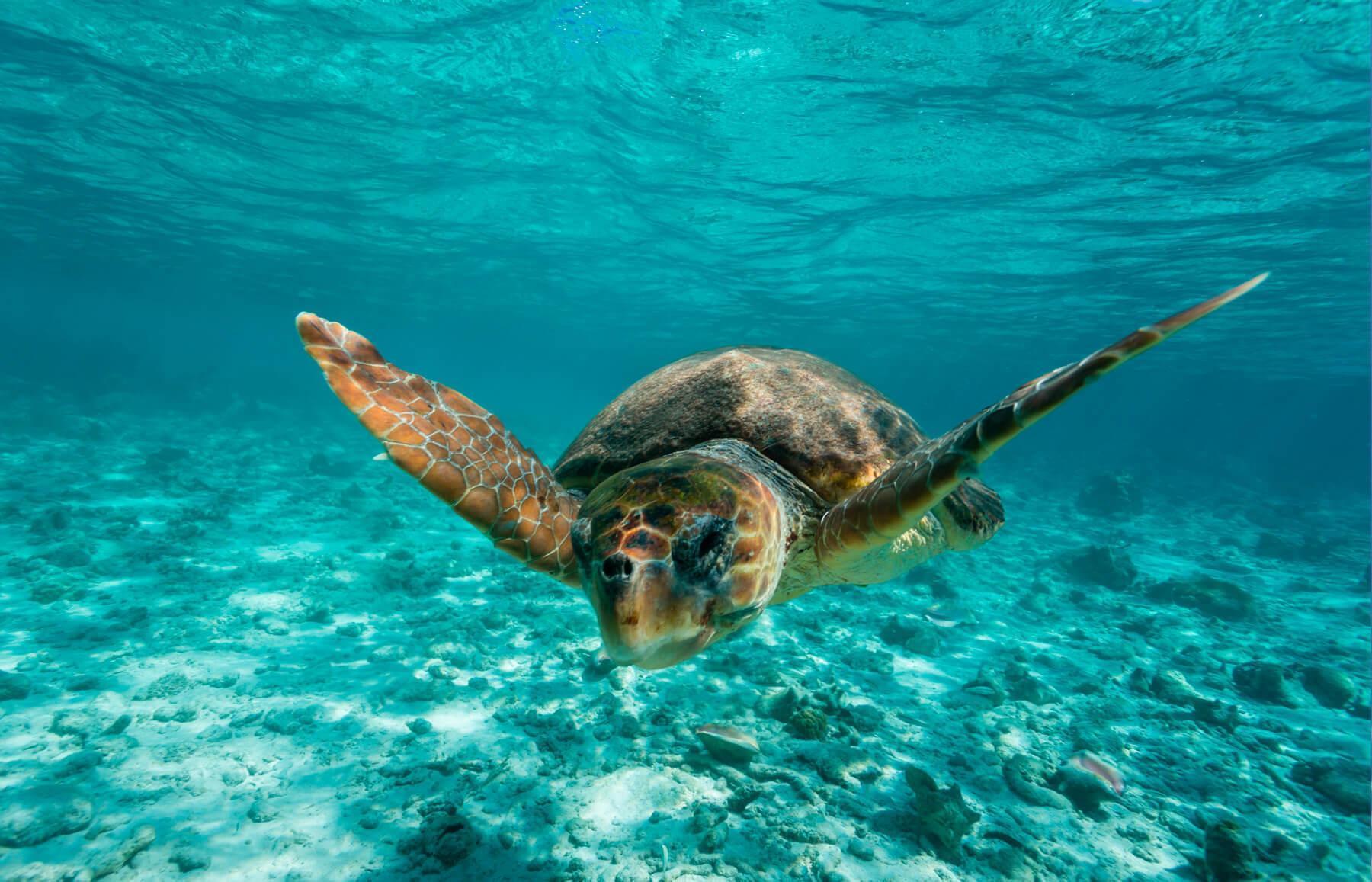 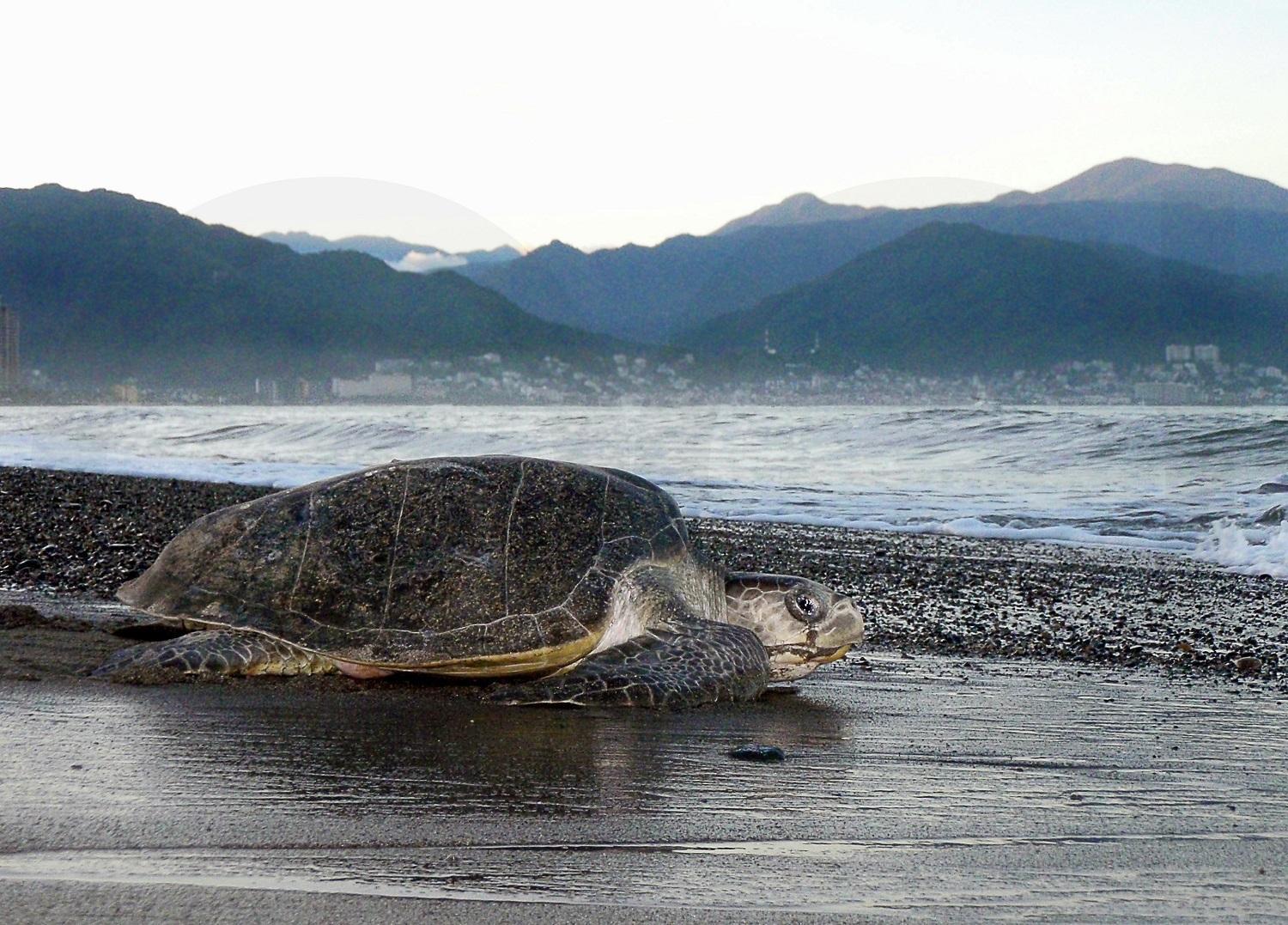 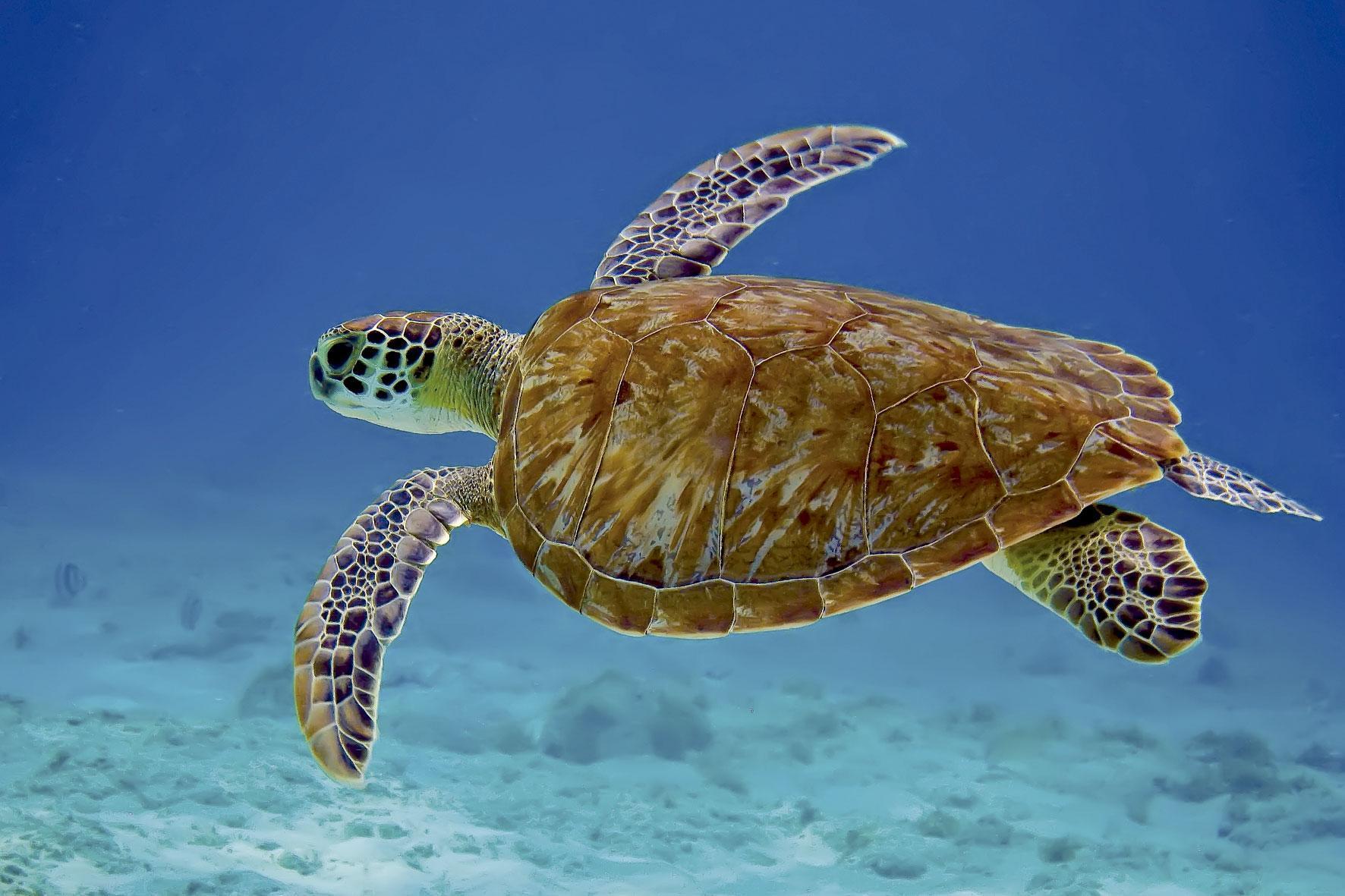 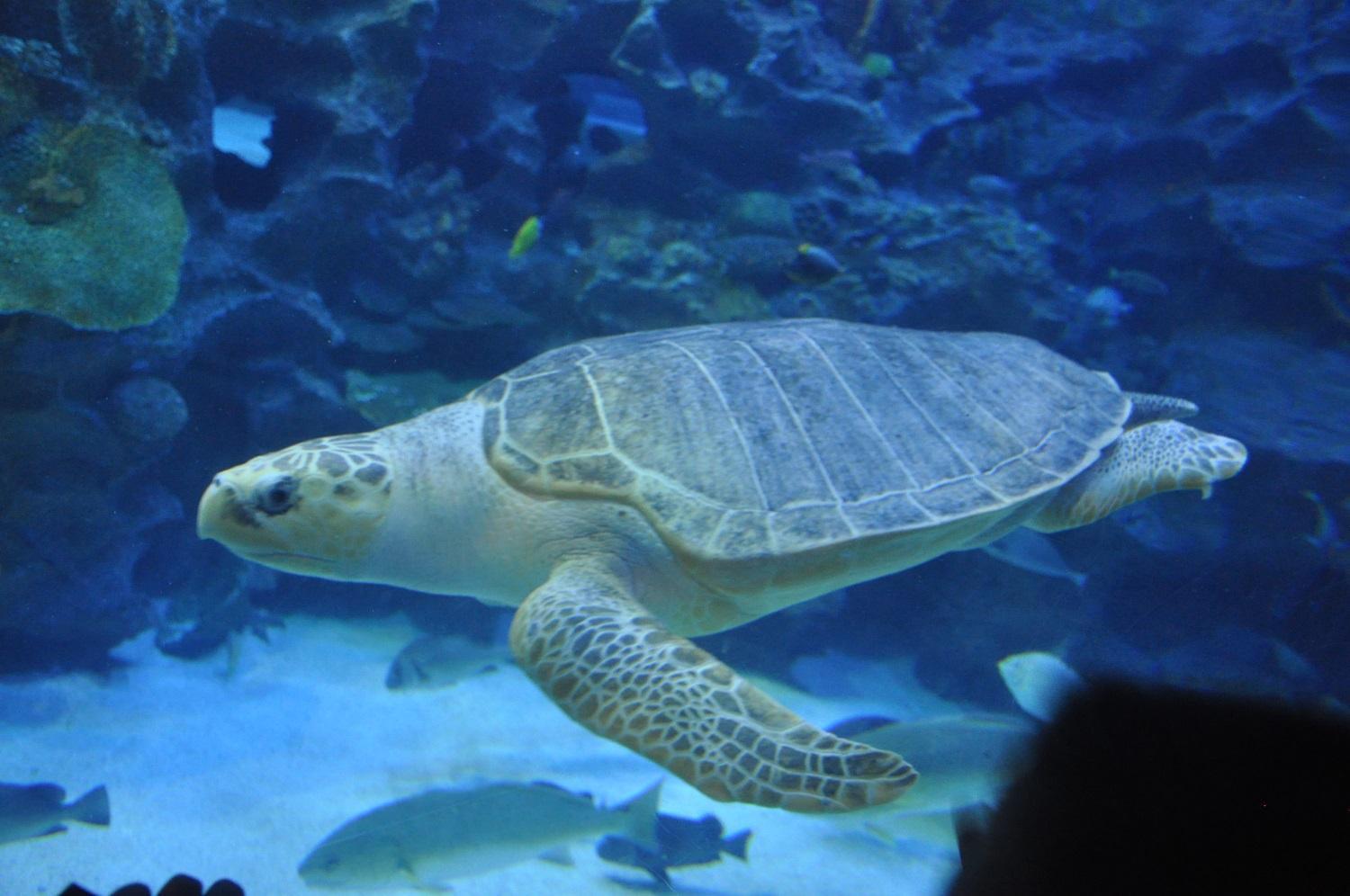 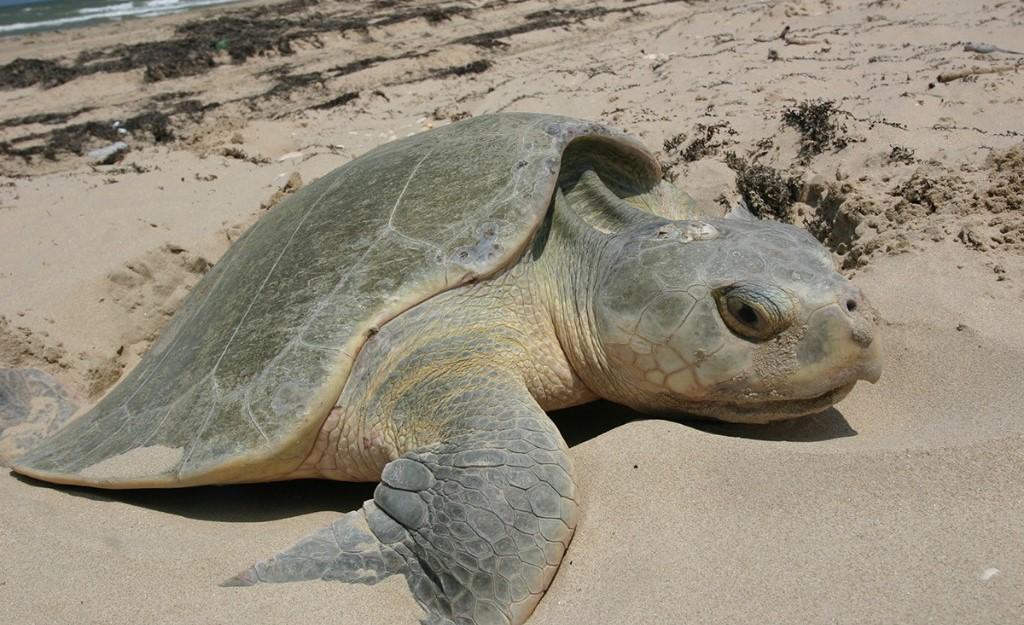 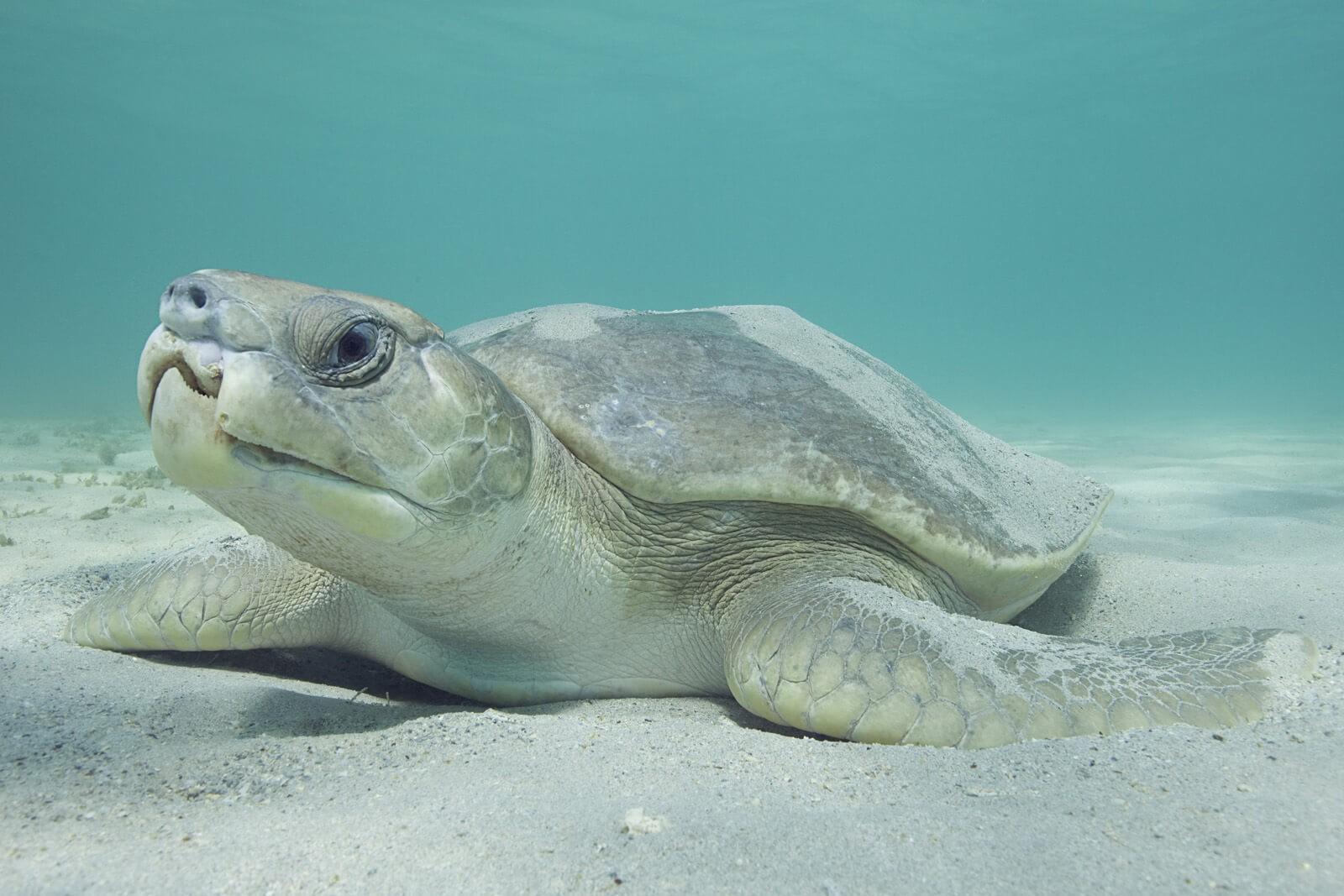 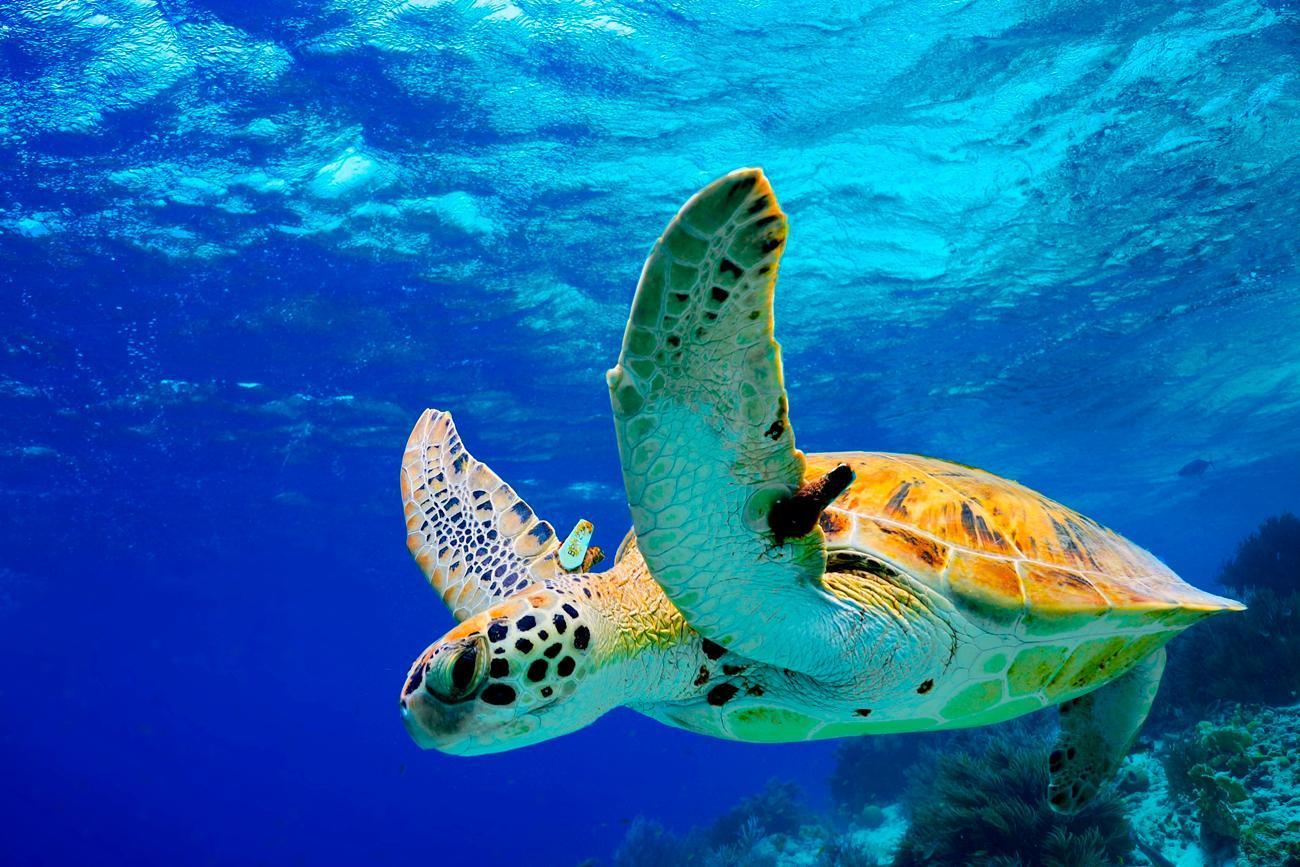 1 of 8
Types of Sea Turtles
Back to top