Snakes play a vital role in the natural system and ecosystem balance, but humans are often afraid of them, which is no surprise as the bite of some species can be fatal. Close to fifty species of snakes are endemic to Florida, but only a few of them are known to be toxic and dangerous for human beings.

Common non-venomous snakes in Florida include the black racer, the yellow and rat snakes, and the corn snake. The venomous snakes that you can find in that state are classified as follows:

Do you want to learn more about the venomous snakes in Florida? Stay with us at AnimalWised and read on!

You may also be interested in: Venomous Snakes in Texas
Contents

The Eastern coral snake or American cobra (Micrurus fulvius) is an elapid snake, and one of the most dangerous venomous snakes in Florida. This snake is colored in such a distinctive way, mostly black with bright red and yellow stripes, that you can become alert at once and ward it off.

Of the numerous venomous snakes native to the US, coral snakes are easy to disregard because of their size. Eastern coral snakes are thin, and usually less than 80 cm (30 in) long. However, for such a small snake it delivers a strong bite, which releases a neurotoxic venom that affects the nervous system.

Eastern coral snakes can be found throughout Florida, especially in brush and scrubby forests and rocklands. The cases of bites are rare, and they are usually not fatal as they don't always release venom - although they can be if you are bitten by one and do not get medical attention and antivenom treatment, even if you don't feel any symptoms.

The scarlet snake is similar in appearance, with the only difference being that in their case the red bands - not the yellow - touch the black ones.

The Florida cottonmouth (Agkistrodon piscivorus conanti), also called the green-tailed or water moccasin, is a semi-aquatic venomous pit viper that lives near water bodies, such as along streams, in banks, ponds, marshes, swamps, and the margins of lakes. They are strong swimmers, and they can be found in all the counties in Florida.

Colors range from yellow to dull black, including olive, tan, gray and brown, and they can show patterns such as crossbands. Florida cottonmouth snakes can be recognized by a black line that runs from the side of the eye down the side of the head. They have white shades in the interior lining of their mouth, hence their name. These snakes get darker as they grow older.

When they are attacked, these snakes display their fangs and strike, poised ready to bite. They can deliver the bite in any position, not only in a coil: their movements are rapid and unpredictable. The cottonmouth hunts at night for prey that includes warm-blooded mammals along with fishes, frogs, and lizards.

A Florida cottonmouth's bite can prove life-threatening if not treated. It can cause massive pain and inflammation: it can cause blood to fail to clot, creating hemorrhages. The venom has enzymes that destroy tissue, and a bite can end up in an amputation. However, it is not usually fatal unless there is an anaphylactic reaction. There is antivenom available: if bitten, seek medical attention immediately.

The dusky pigmy rattlesnake or Florida ground rattlesnake (Sistrurus miliarus barbouri) is another of the dangerous venomous snakes in Florida. This snake is located all over Florida with the exception of Florida Keys; it is found in flat lands, wooden areas and near ponds, lakes, marshes and swamps.

This is one of the smallest rattlesnakes, measuring anywhere from 35 to 75 cm (14 to 30 in) long, although there was a massive specimen that reached more than 53 cm (21 in). It makes a soft rattle noise, similar to that of a buzzing insect.

The bite of a dusky pigmy rattlesnake is severely painful, but not toxic enough to kill adult humans. If bitten, seek medical treatment to prevent blood clots.

The Eastern diamond rattlesnake (Crotalus adamanteus) is the largest venomous snake in Florida; in fact, it is the heaviest snake in the continent. Although it is not the longest, it is still big, at an average 0.8 to 1.8 m (2.75 to 6 ft) long. This dangerous snake can strike up to 75% of its body length, and has a venom-filled bite.

The Eastern diamondback feeds on warm-blooded prey, such as rabbits, mice, and rats. It is a good hunter, with the advantage of a massive body size, a large supply of venom, aggressive nature and rapid striking speed.

To attack, this snake assumes a defensive position with the body coiled on itself, with the neck and head raised in an S-position. The warning sound of a rattle is heard first.

The Eastern diamondback rattlesnake is generally found concealed in vegetation or thick foliage. This predator can also be found along fallen trees, under logs, and hidden in rocky hills. The rattlesnake has the same anti-clotting toxins as the Florida cottonmouth. The only difference is that it also has bigger fangs.

This venomous snake is considered the most dangerous in the country, as its long fangs release a very strong venom that causes very intense pain and bleeding, and can result in cardiac failure and death. If bitten, seek treatment immediately.

The timber, canebrake or banded rattlesnake (Crotalus horridus) is a venomous pit viper that can be found in some counties of northern Florida, although it is reported as far south as Alachua County. It inhabits rugged and rocky terrains in deciduous woods.

Timber rattlesnakes measure anywhere between 91 and 152 cm (36 and 60 in) in length, although there have been longer specimens. This species is relatively slender, and its head is wider than its neck. The brown and black-chevron like crossbands on a gray surface make a wonderful camouflage, so they can easily conceal themselves.

This venomous snake of Florida is one of the most dangerous in the country. The type of venom depends on the location and the genetics of the snake, and it can be neurotoxic or hemorrhagic: the latter is more common in the southeast. Luckily, there are very few deaths because attacks are usually preceded by noticeable rattling sounds.

The copperhead (Agkistrodon contortrix) is found in found in the Apalachicola River and the western part of the Florida panhandle. Copperhead snakes choose damp vicinities around streams, swamps, and river beds as well as hillside areas. They can also be found in the suburbs, which makes them dangerous to humans.

Similar in appearance to the Florida cottonmouth, the copperhead is mostly brown with pale crossbands, and its head is wider than its body. The average size of an adult copperhead snake varies from 50 to 95 cm (20 to 27 in), with longer record specimens. The body is quite stout.

Bites from these venomous snakes are most dangerous for seniors and young children. They are not generally aggressive, and the venom is not as strong as that of the other venomous snakes of Florida described above. However, bites do cause intense pain, swelling and nausea, and if bitten you must go to the doctor immediately.

These are the six dangerous venomous snakes in Florida. Do you have any tips on how to avoid them and how to react if bitten? Tell us in the comments section, and don't miss the following articles!

If you want to read similar articles to Venomous Snakes in Florida, we recommend you visit our Facts about the animal kingdom category.

Non-Venomous Snakes in India
Are There Venomous Snakes in the UK?
The Most Dangerous Snakes in India
The 10 Most Venomous Animals in the World
Related categories
Endangered animals
Most read
1.
What Animal am I According to my Zodiac Sign?
2.
10 Most Beautiful Animals in the World
3.
What Does It Mean When a Cat Shows Up at My Door
4.
The 10 Most Solitary Animals in the World
5.
Top 10 Smells Dogs Hate
6.
How Many Types of Lions Are There?
7.
Why do Dogs Get Stuck when Mating?
8.
My Female Dog In Heat Won’t Accept A Male - Causes
Do Snakes Have Bones?
Animals That Eat Snakes
Types of Taipan Snake Species
Fun and Interesting Facts About Snakes
The 10 Largest Snakes In The World
The Most Dangerous Animals in Australia
Are Komodo Dragons Venomous?
Are There Venomous Spiders in the UK? 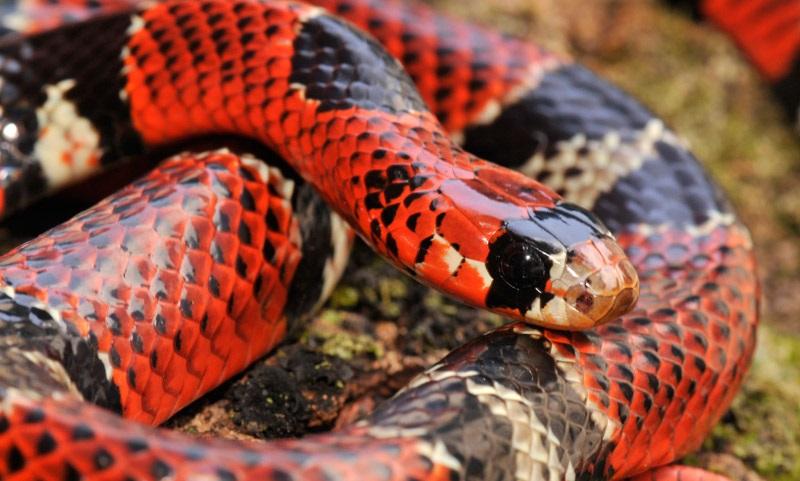 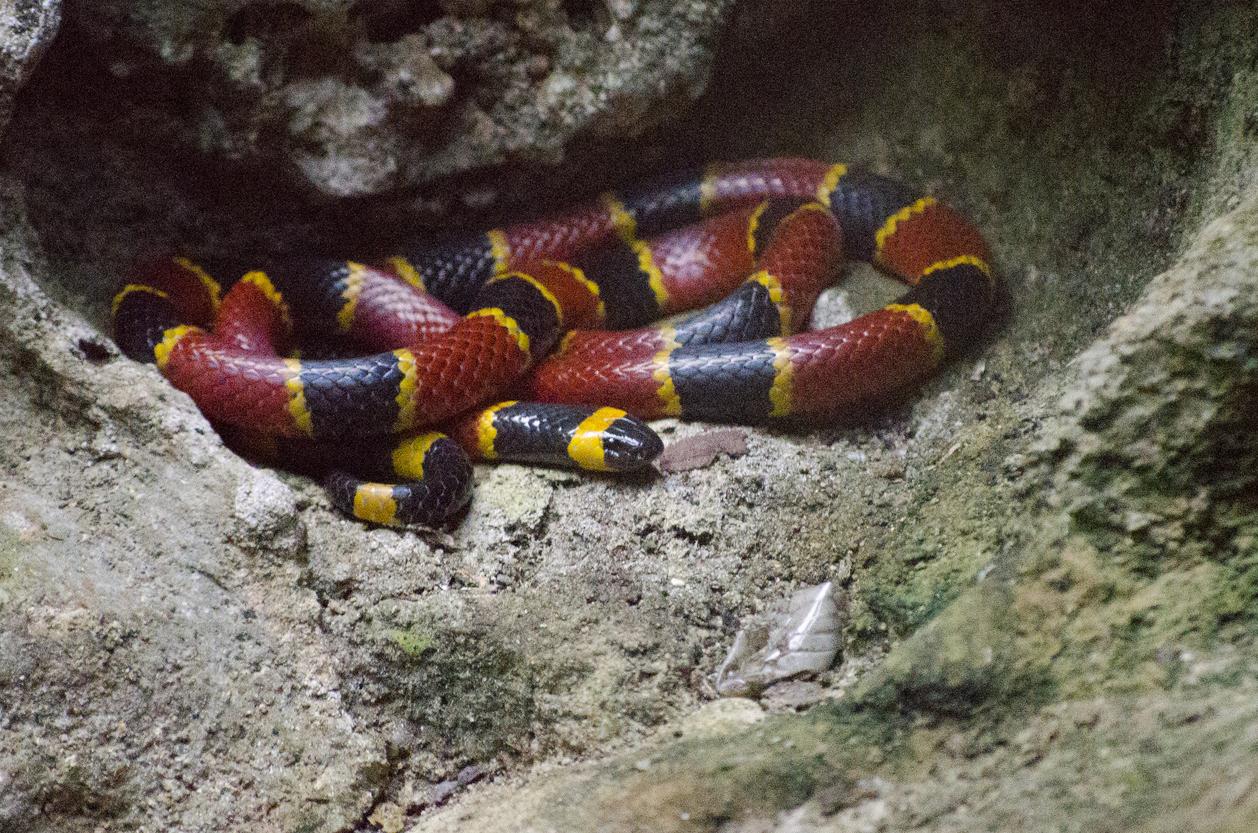 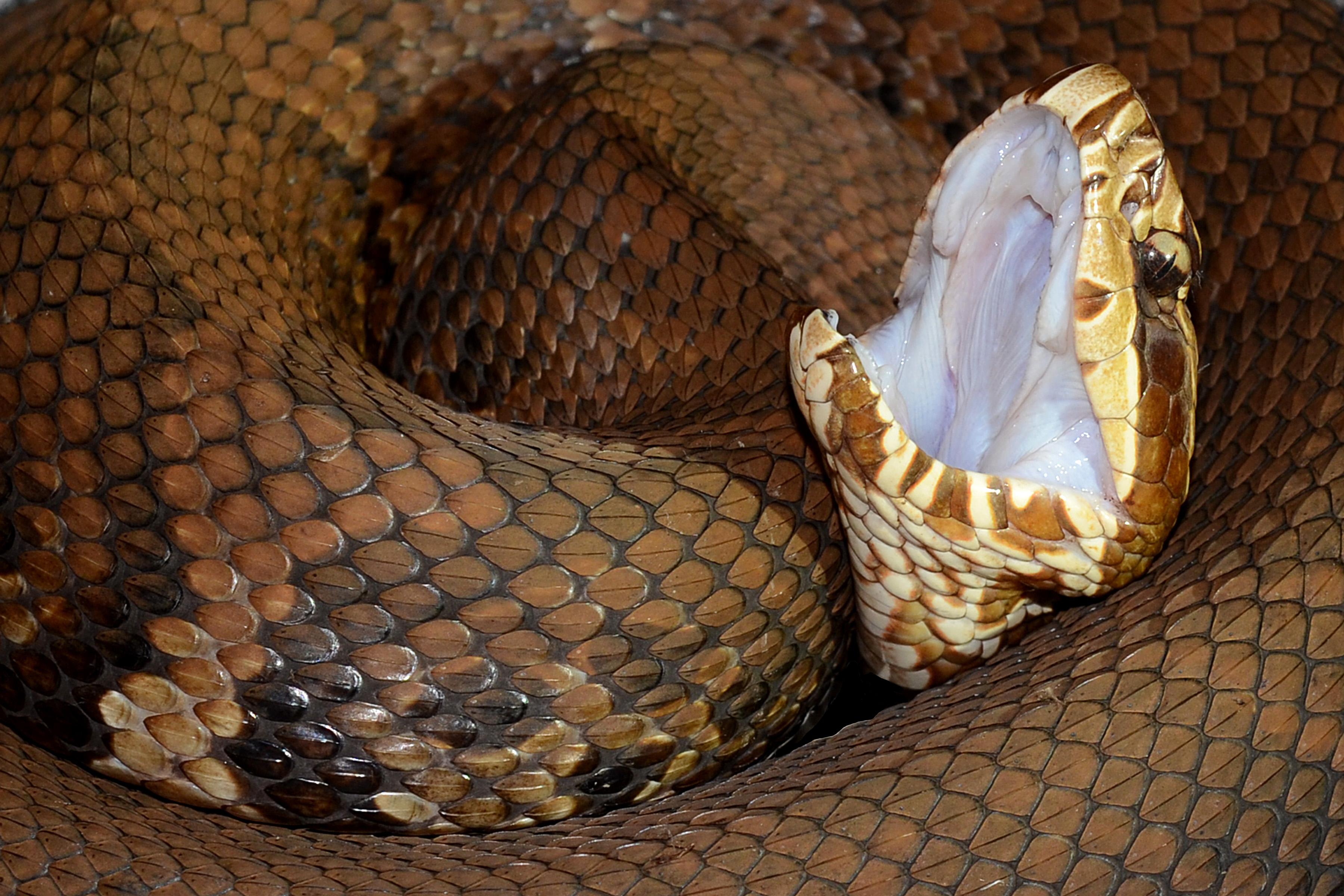 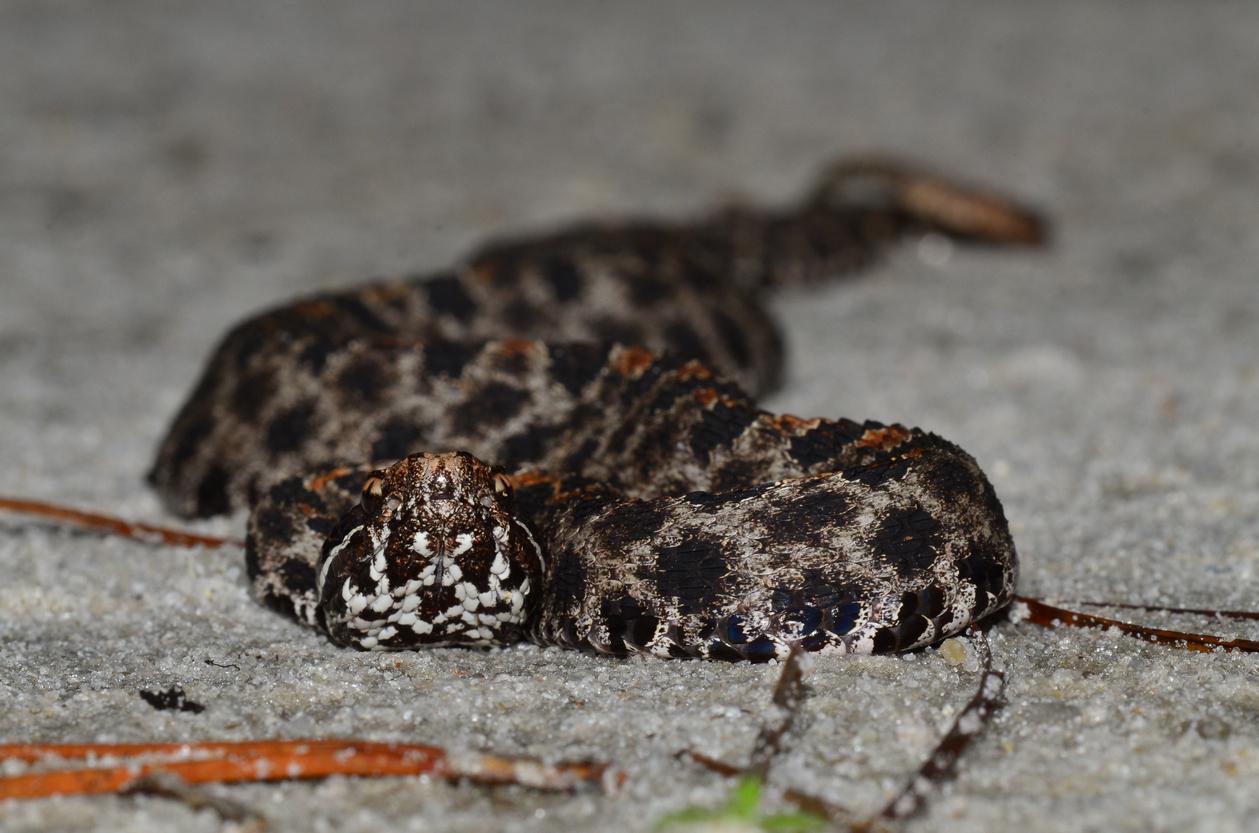 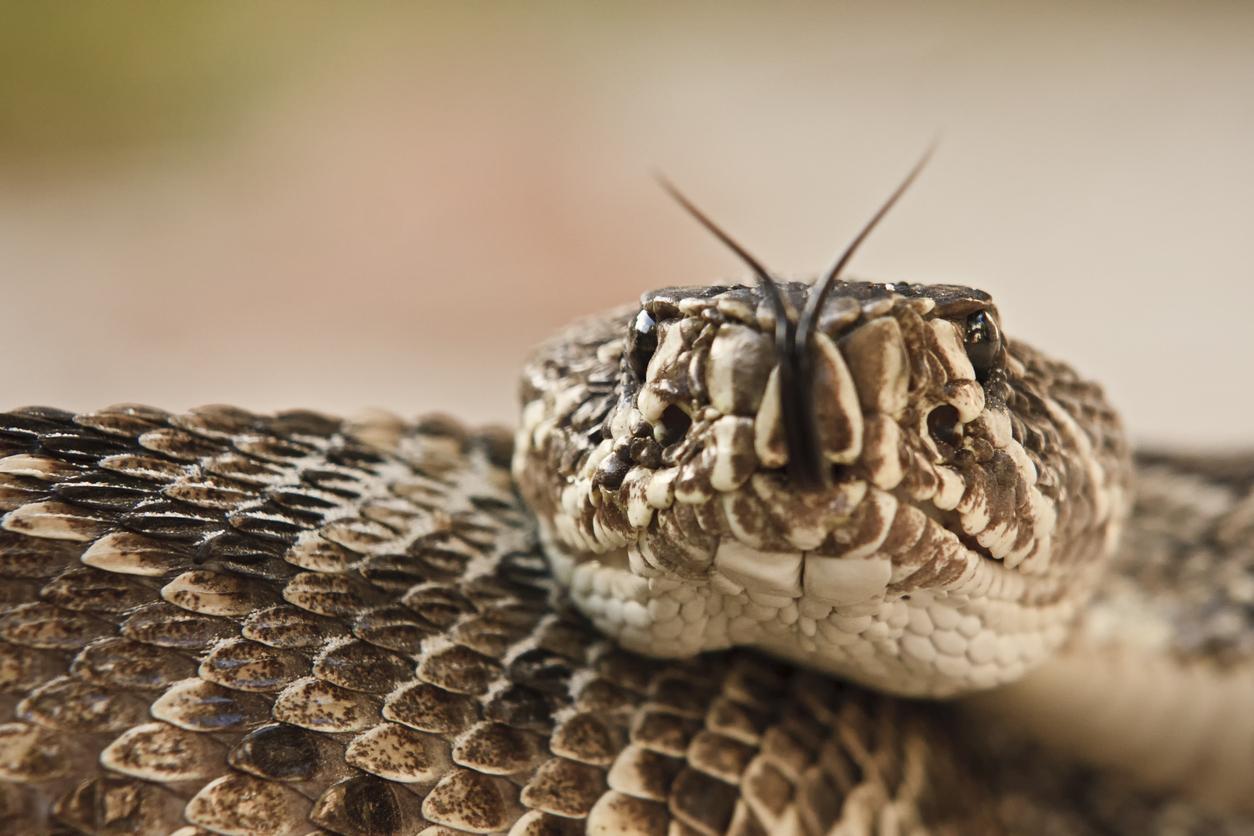 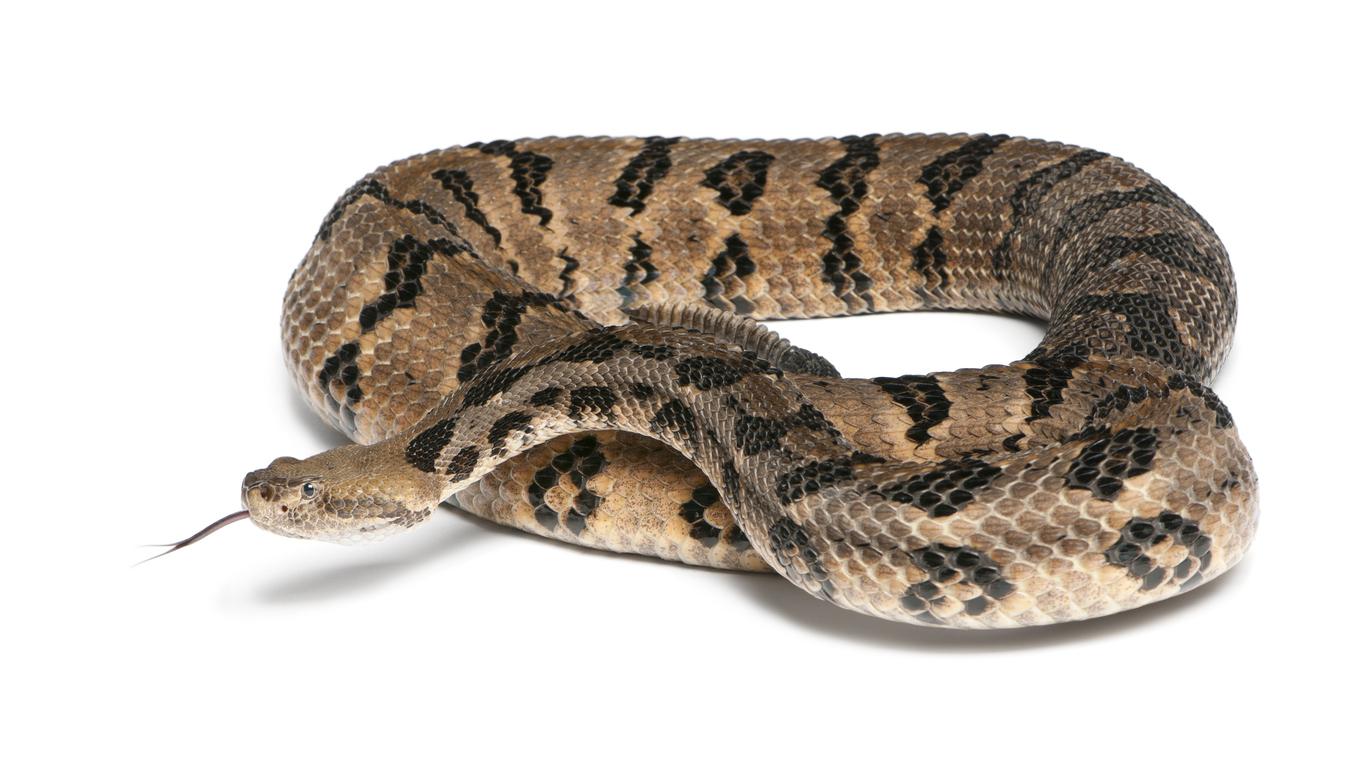 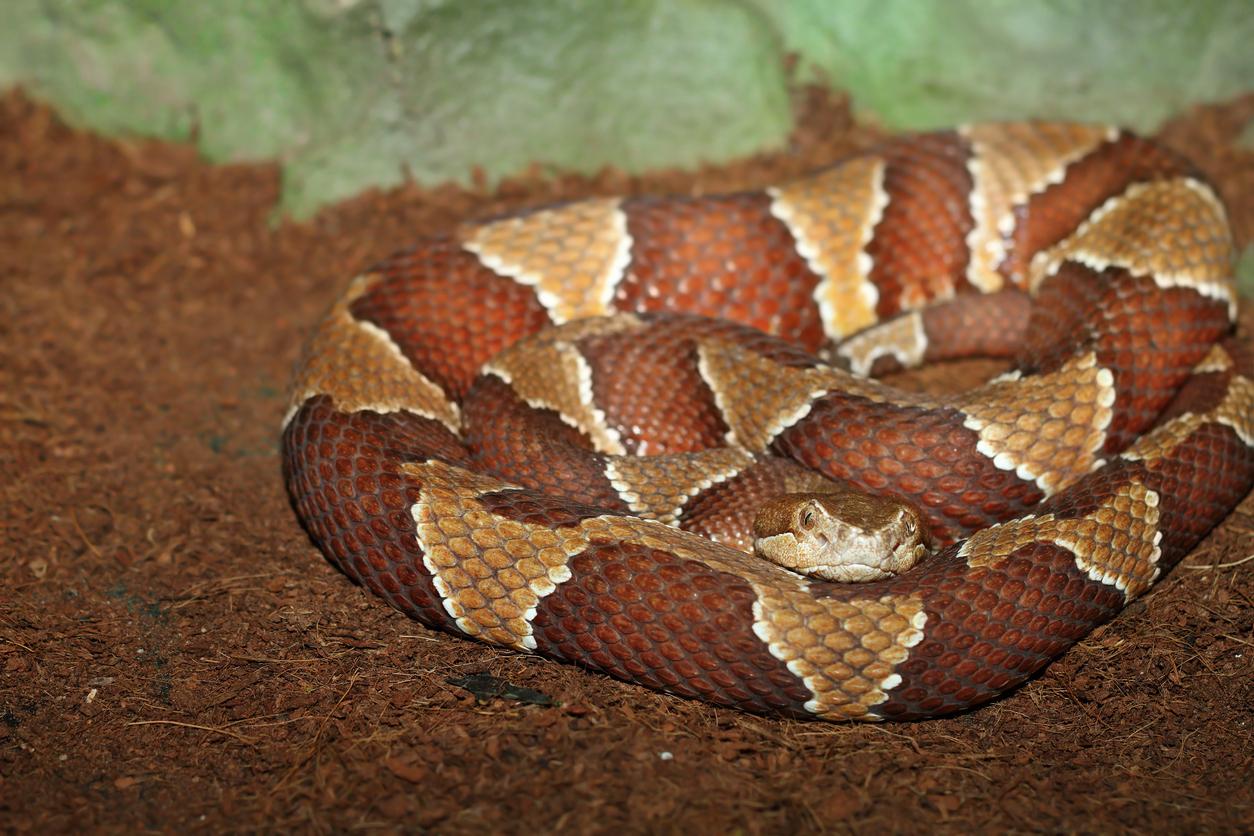 1 of 7
Venomous Snakes in Florida
Back to top