Although we do everything we can to protect our dogs, they can get in accidents. Since they are often enthusiastic and rambunctious, it is not uncommon for them to get a scrape or two. These cuts and scrapes will usually heal relatively quickly on their own, although we always need to provide first aid and monitor them. If you notice your dog's wounds heal slowly, it might be cause for concern. Worse still, you may notice your dog bleeds from the gums or nose, apparently for no reason.

If your dog experiences these problems, it is possible they are suffering from a blood disorder. In this AnimalWised article, we explain Von Willebrand Disease in dogs, one of the most common blood clotting disorders. We do so by providing the causes, symptoms and treatment you might expect to see.

You may also be interested in: What Is Hip Dysplasia in Cats? - Causes, Symptoms, Treatment
Contents

What is Von Willebrand disease in dogs?

Von Willebrand disease (VWD) is a blood disorder caused by the lack of a protein known as the Von Willebrand factor (VWF). This glycoprotein can be found in the blood and is essential for the coagulation of wounds and lesions. It is responsible for transporting blood clotting factor VII and this is why its deficiency results in an abnormal union of blood platelets.

Practically, the lack of platelet adhesion results in excessive bleeding, even in minor wounds. This abnormality is the most common inherited blood disease in dogs and is often compared to hemophilia in humans. It is caused by a genetic mutation and can develop in either male or female dogs. Certain breeds are more predisposed to this problem than others.

There are 3 types of Von Willebrand disease in dogs, designated according to the function and concentration of VW factor in the blood. They have been shown in over 50 dog breeds and are distinguished by the following characteristics:

In addition, several studies have shown that dogs with Von Willebrand disease are at increased risk of hormonal imbalances. This include hypothyroidism in dogs.

The most severe symptoms of Von Willebrand disease in dogs becomes evident when the animal reaches 1 year of age. Symptoms of the disease include:

Fortunately, the majority of dogs with Von Willebrand disease have mild symptoms. This is usually seen when the dog has a wound or abrasion which takes longer to heal. These can happen when the dog is playing or can even happen if they snag a nail on something. They may have blood from their nose if they have a bleed in the upper respiratory tract. Since these problems are relatively minor, many dog guardians won't notice or consider them as symptoms of disease.

For this reason, a diagnosis of Von Willebrand disease (especially for type 1) usually only occurs when the dog undergoes surgery. Spaying and neutering can be complicated since it will take longer for the wound to heal. Symptoms of VWD usually improve as the dog develops and ages, but you should seek veterinary treatment if there is any sign of anormal bleeding.

Von Willebrand disease in dogs is diagnosed with a blood test known as buccal mucosa bleeding time (BMBT). As its name indicates, this test times how long it takes for a small wound on the buccal mucosa (the dog's gums) to heal. A complete blood test will also be carried out to determine the amount of Von Willebrand factor present in the blood serum. A DNA test may also be administered to determine if the dog is a carrier of the disease. This latter test if the most reliable method of diagnosing VWD in dogs.

Unfortunately, Von Willebrand disease in dogs has no cure. However, it can be controlled and there are certain treatments which can be administered to alleviate symptoms. The main symptom to control is diffuse bleeding since this can be fatal. We can also make sure to do what we can to avoid the dog receiving bad wounds.

For dogs with type 1 VWD, they will usually have mild symptoms. In these cases, first aid for dogs in the form of bandages and pressure bandages can be used to control the bleeding until the blood can coagulate and vascular lesions are repaired. Skin glue and sutures can be used, but usually only under veterinary supervision. We also need to stop the dog from scratching their wound since they won't understand the severity of their problem.

When dogs with Von Willebrand disease need to undergo a surgical operation, extra precautions need to be taken. The veterinary surgeon will usually administer drugs which acts as coagulants. It may also be possible they will need to provide blood or plasma transfusions to restore levels of VWF after the operation. Multiple transfusions may be required in come circumstances.

Quality of life for dogs with Von Willebrand disease

Dogs that have type 1 Von Willebrand disease will usually have only mild or moderate symptoms. These symptoms may also improve over time as the dog ages. However, we need to be extra careful with these dogs since small wounds and bruises can take time to heal.

We need to prevent them from playing roughly with us or other dogs, usually avoiding interaction with unknown dogs as a precautionary measure. We will also need to avoid giving them chew toys, hard treats or other objects which can injure their gums. We should also remove objects with sharp corners in the home.

In cases of dogs with type 2 and type 3 VWD, the symptoms are generally more severe. As mentioned above, the administration of coagulant medications and transfusions of fresh blood or plasma may be necessary for surgical interventions. They may also need supervision and limitation of certain physical activities due to the possibility of receiving and injury.

Some drugs haver anticoagulant or antiplatelet properties which need to be avoided. Non-steroidal anti-inflammatory drugs (NSAIDs) also cannot be administered. Certain high-dose food supplements such as vitamin C and E, omega-3 fatty acids and those containing proanthocyanidins (natural antioxidants). For this reason and many others, we should never give a dog medication without permission from a veterinarian, especially human medications.

If you want to read similar articles to Von Willebrand Disease in Dogs - Causes, Symptoms & Treatment, we recommend you visit our Hereditary diseases category.

Polycystic Kidney Disease in Cats
Glaucoma in Dogs
Cancer in Cats
Elbow Dysplasia in Dogs
Related categories
Bacterial diseasesMedicineInfectious diseasesFirst aidBreathing diseasesHome Remedies
Most read
1.
What to Do if My Dog has Something Stuck in his Throat?
2.
My Dog Is Bleeding from His Penis
3.
My Dog Keeps Licking Her Private Area - All Possible Reasons
4.
My Dog Has Pus Coming From His Penis
5.
Why Does My Cat Push Out His Penis and Lick It?
6.
My Cat Has Liquid Coming From Their Anus
7.
My Dog's Poop Starts Solid Then Goes Soft
8.
My Dog Keeps Making a Gulping Sound
Shar Pei Fever
Common Yorkshire Terrier Health Problems
Health Problems in Belgian Shepherd Malinois
The Most Common French Bulldog Health Issues
Canine Cryptorchidism
Most Common Health Issues for Poodles
Health Problems of Ragdoll Cats
My Puppy Has a Cleft Palate and Lip 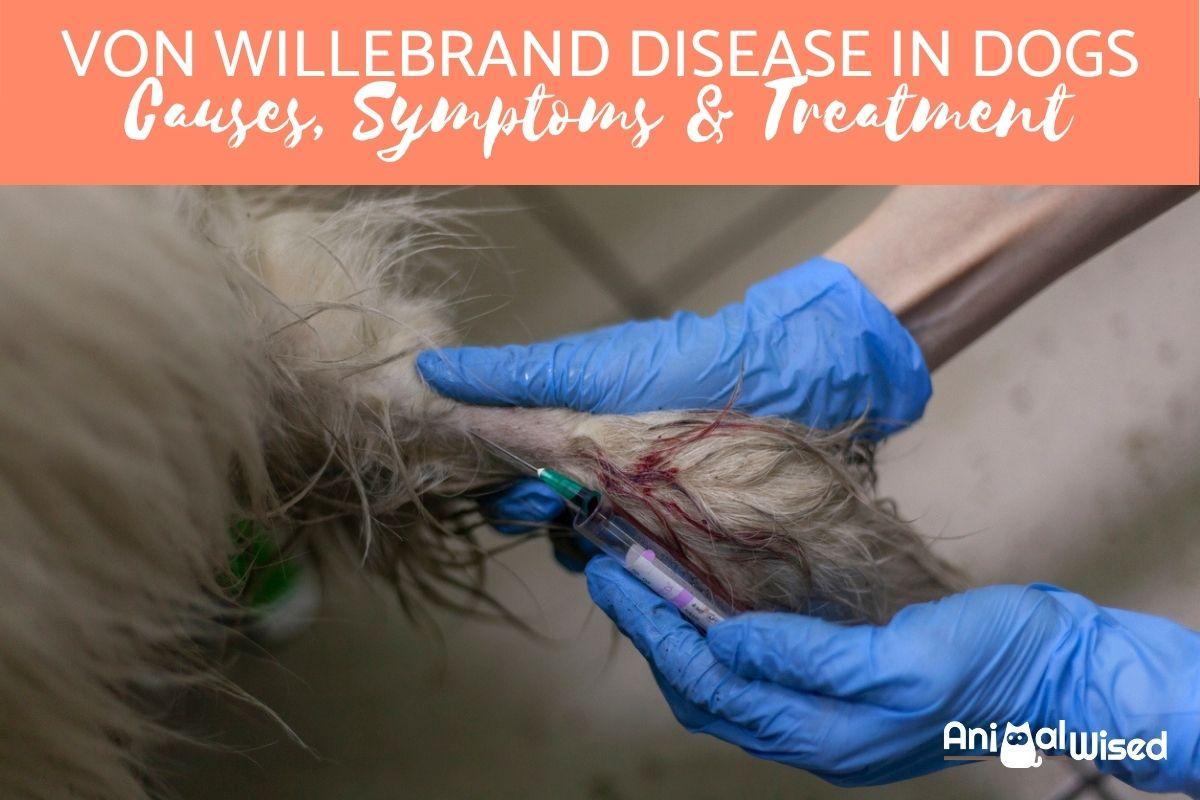 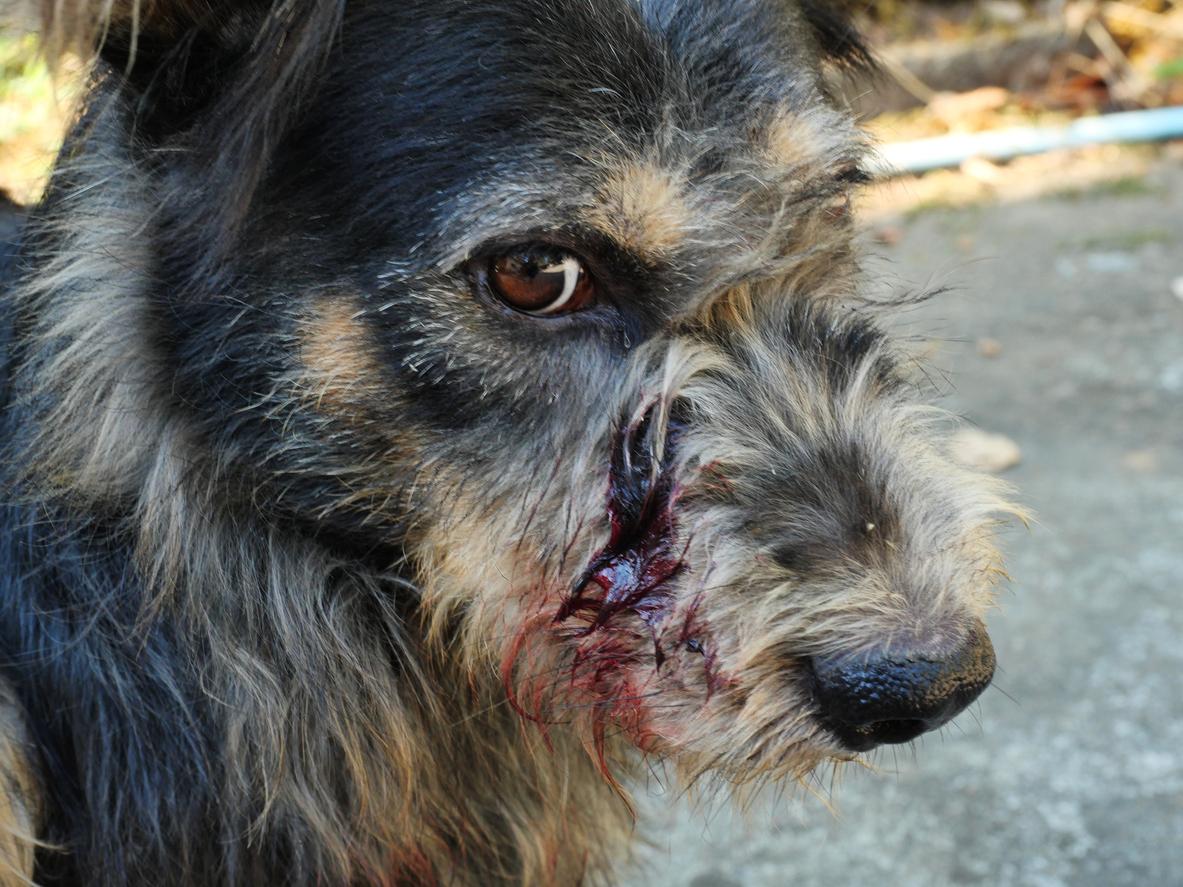 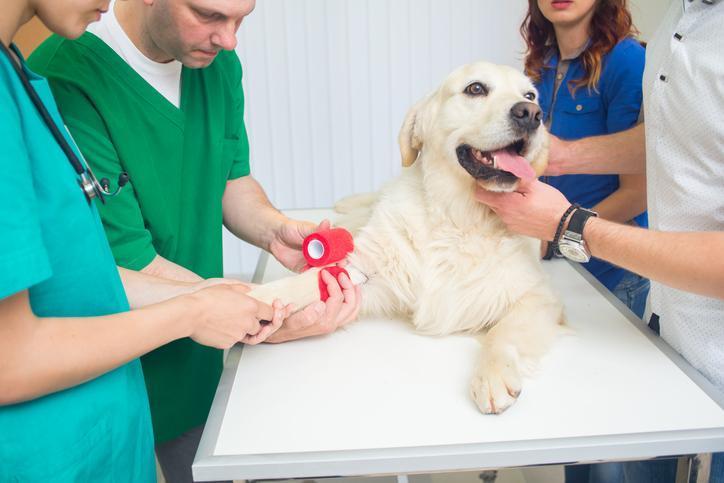 1 of 3
Von Willebrand Disease in Dogs - Causes, Symptoms & Treatment
Back to top