What are Cat Whiskers For? - Feline Senses and Communication

By Josie F. Turner, Journalist specialized in Animal Welfare. May 7, 2019

Like ‘the bee's knees’, the phrase ‘the cat's whiskers’ has become a common expression meaning “an outstanding person or thing”[1]. The reason is because they are something seemingly small and insignificant, but we attribute them as being something amazing. For the cat, they are anything but insignificant. They are an incredibly useful tool that has stayed with them during their long evolution for important reasons. At AnimalWised, we answer the question ‘what are cat whiskers for?’ by presenting these reasons. We also give you the biological background on cat whiskers and discuss why they are so helpful for feline behavior.

You may also be interested in: Why Are My Cat’s Whiskers So Long?
Contents

What are cat whiskers?

Cats are not the only animal to have whiskers. While there are other types of animal which have similar appendages, only mammals have ‘vibrissae’, the scientific term for whiskers. While some fish and birds have growths emanating from their faces which look similar, whiskers are made from hair which these animals do not have. They are mechanreceptors, meaning they respond to tactile stimulation, i.e. touch.

Although whiskers are made primarily from the protein alpha-keratin, as is the rest of mammalian hair, they are not exactly the same. They are noticeably longer than the rest of a cat's fur and are not found in the dermis of the animal. Rather, they are embedded in the hypodermis, a deeper area of the skin. They are surrounded by nerves and blood vessels which transmit information to the cat's brain. We will detail the specific type of information below.

The amount of vibrissae of a cat will depend on individual factors, the breed of cat being an important one. In general, most cats will have between 16 and 24 individual whiskers which emanate from their snout. Although the face is the most common area, some animals have vibrissae on different parts of the body. Cats are one such animal as they many cats also have vibrissae on the back of their front paws. We may not necessarily refer to them as whiskers. Many cats will also have hairs above their eyes which look like eyebrows or under their jaw, but are made from the same material and serve the same purpose as whiskers.

There are two main types of cat whiskers; macrovibrissae and microvibrissae, essentially longer and shorter whiskers, respectively. As tactile receptors, they are very sensitive. Although all hair will have some sort of nerve ending at its root, whiskers have more of them which makes them especially acute. At one stage, humans also had whiskers, but are now one of the few mammals not to possess them. However, our nose hair is referred to as vibrissae and may attest to how sensitive they are when plucked.

What are a cat's whiskers for?

Now that we understand a little of the biology behind a cat's whiskers, we can look a little further at their function. There are still continued studies into their exact function, so there may still be some purposes we don't yet know. Here are the main functions of cat whiskers generally agreed upon by zoologists:

A cat's vision is one of the most acute in the animal world, even (or especially) in low-light environments. However, cats have some trouble distinguishing objects which are close up, especially those which are less than 30 cm away. For this reason, a cat's cranial whiskers use touch receptors to feel lose stimuli. The whiskers act as either a supplement or a substitute for short distance vision.

2. Allow cats to explore and protect themselves from danger

The cat's whiskers allow them to remain alert to their environment and what is happening around them. The high sensitivity of these follicles means they are able to detect even minute changes in this environment. These may include if another animal is approaching, avoiding collisions with objects, changes in weather or many other changes which might affect them. This happens because the vibrissae are known to be able to detect vibrations in air or water[2], meaning they don't have to touch an object or creature directly. Additionally, a cat's whiskers continue to work even when the animal is asleep, allowing them to rest securely.

The vibrissae above the eye, similar to human eyebrows, protect the cat's sensitive eyes. When the whiskers are touched, they will send a signal to the brain to close the cat's eyes and keep them protected. Even small foreign bodies are able to trigger this response, but they are also useful when walking through brush which might cause injury. A cat in the wild needs their eyes to evade predators and find food, so the whiskers above a cat's eye are incredibly important in terms of self-preservation.

The length of a cat's whiskers allow it to measure the diameter of different apertures or spaces they may want to enter. Whiskers of an individual cat are a certain length and the cat knows this. By placing their head into the end of a space, they can measure its width. In doing so, they can determine whether or not the rest of their body will be able to fit into the opening or if it is too narrow. Although curious, cats are also cautious animals and will not enter somewhere if they can't fit.

Another function of a cat's whiskers is to help them maintain balance. Along with their tail, the whiskers allow the feline to gauge changes in their equilibrium. They can walk on high places or along very narrow ledges without falling. Vibrissae on their paws likely do the same and their skeletal structure allows for specific movement along narrow lines. However, this doesn't mean cats don't get out of their element. High-rise syndrome in cats can mean they go somewhere too high and are unable to control their movement. We need to be careful if we house a cat in tall buildings.

Some animals, such as rats and porcupines, are able to perform ‘whisking’. This is when they move their whiskers for “fine sensory monitoring of the environment”[3]. Cats do not appear to do this, but their whiskers do move in accordance to their state of being. For example, when a cat is in hunting mode, their whiskers tend to face forward, showing them to be in a state of alertness. When resting, the whiskers tend to be in a neutral position, but when scared, they tend to be brought close to their face. When a cat bristles their fur in an aggressive or defensive stance, their whiskers will also bristle. Body language is an important method of communication for cats, especially with humans. We should pay attention to them if we want to check their well-being or response to certain stimuli.

A cat's whiskers are so sensitive, they almost have a mind of their own. This is according to a study from 2018 which compared the motor self-regulation of cats with those of apes. While apes have greater all-round intelligence, cats has comparable levels of self-regulation in different environments, despite having much smaller brain sizes[4]. This means they can react just as intelligently to their environment, even if they don't have the same overall intelligence.

What happens if the cat loses its whiskers?

As we have shown, the use of their whiskers is integral to a cat's interaction with their environment. Whether this means protecting them from danger, sensing space or communication, they are vital. More than practical applications, they help the cat to feel secure and in this way influence their mental well-being. The cat would be able to survive without them, but they would not be able to have the same ability and may develop behavioral problems.

A cat's whiskers will from time to time be shed and be replaced by new ones. If this occurs, there is no need to worry. After a few days, you should see a replacement appear. However, under no circumstances should you cut or pluck your cat's whiskers. Not only is plucking painful, it can cause the cat to become disorientated and agitated. Cutting them means their environmental sensors have been altered and can lead them to danger. There is no advisable reason for cutting or plucking a cat's whiskers. 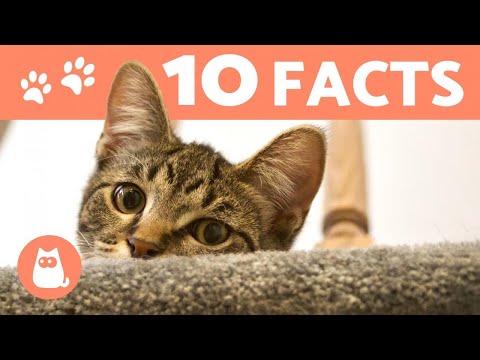 If you want to read similar articles to What are Cat Whiskers For? - Feline Senses and Communication, we recommend you visit our Facts about the animal kingdom category.

Pheromones for Cats
How Do Cats Communicate?
Can Cats Sense Our Emotions?
The Most Fascinating Animal Senses In The World
Related categories
Endangered animals
Most read
1.
What Animal am I According to my Zodiac Sign?
2.
10 Most Beautiful Animals in the World
3.
What Does It Mean When a Cat Shows Up at My Door
4.
The 10 Most Solitary Animals in the World
5.
Top 10 Smells Dogs Hate
6.
How Many Types of Lions Are There?
7.
Why do Dogs Get Stuck when Mating?
8.
My Female Dog In Heat Won’t Accept A Male - Causes
Can Cats Sense our Fear?
Why Do Dogs Have Whiskers?
Can Cats Speak English?
What Music do Cats Like?
Can Dogs Sense Pregnancy?
10 Things You Did not Know About Cats
Horse Body Language and Communication
What are Lagomorphs? - Definition, Characteristics and Examples

What are Cat Whiskers For? - Feline Senses and Communication 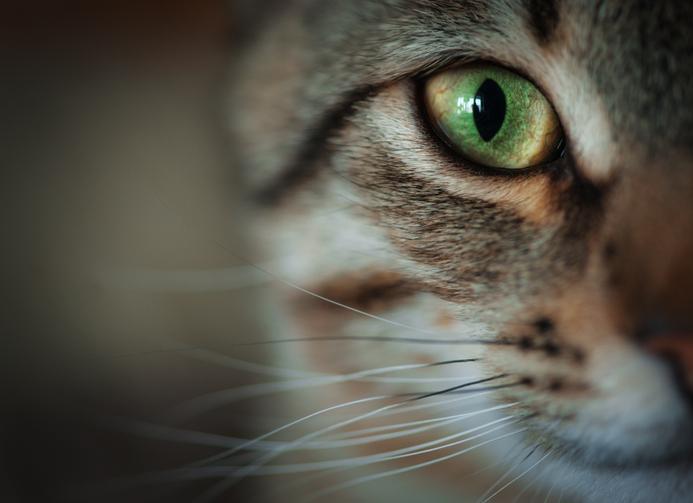 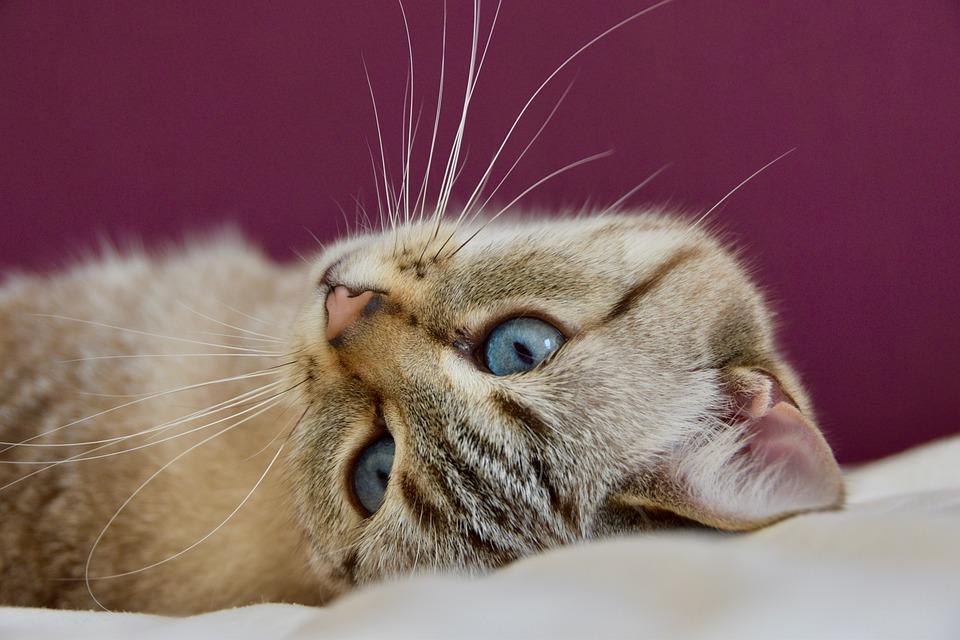 1 of 2
What are Cat Whiskers For? - Feline Senses and Communication
Back to top