What do Toads Eat in The Wild? - Toad Tadpoles And Adults 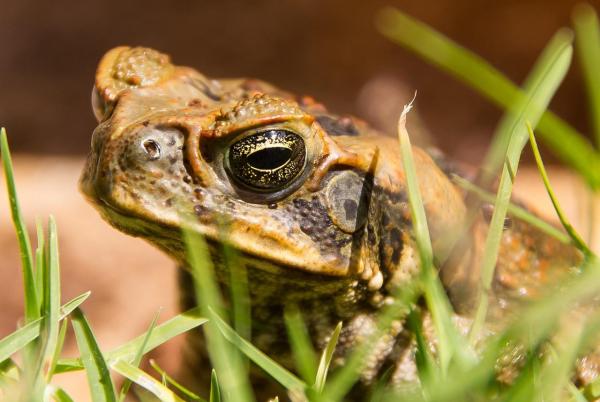 Toads are amphibians that belong to the order Anura. Physically, toads carry rough and dry skin, contrary to the smooth and moist texture of a frog’s body. Toads are experts in camouflage but also remain easy to recognize for their unmistakable croaking. Toads can be found almost anywhere in the world and it is common to see them in backyard gardens on rainy days. But, how much do you really know about a toad’s habits?

If you’re looking to discover more about toad characteristics, where they live and what they eat, this article is for you! ‘‘What do toads eat?’’ Keep reading here at AnimalWised to find out.

You may also be interested in: What Do Frog Tadpoles Eat?
Contents

Toads are amphibians that are characterized by their small body and big eyes. Although toad shades may vary in color, the most common include olive green, brown and gray. Like many other species, toads are easily differentiated through sexual dimorphism. Female toads, for example, measure up to 14 cm in length are larger than their male counterparts, who only measure between 9 and 10 cm.

A toads' body is round, with wide legs that have four front ‘‘fingers’’ and five back ‘‘fingers’’. A toad’s head is short but wide and includes a large snout which allows them to feed with ease.

Some toad species have a peculiar defense system, which allows them the ability to secrete poison through skin glands, specifically when they feel threatened.

Another common toad characteristic is its oviparous reproduction, meaning they lay eggs. The eggs are incubated in water and, when hatched, are referred to as tadpoles, after which they follow a similar cycle to frogs.

For more, we recommend reading our article where we discuss what are oviparous animals?

Do toads have teeth?

No, toads do not have teeth. Instead, they have a long sticky tongue with which they catch their prey to swallow directly.

When feeding, most toad species wait within vegetation and wait for their prey. When caught, gripped to the toad’s tongue, the prey is moved and swallowed hole in the mouth. Once it reaches the stomach, this prey is dehydrated and digested by stomach acids.

Some species of toads lack this sticky tongue. In these such cases, they catch their prey off guard, with the force of their jaw.

Did you know a toad’s tongue is shorter than a frog’s? This means that toads generally have to be closer to their prey in order to catch it.

Where do toads live?

Before talking about what toads eat, we need to discuss a toad’s environment. Toads prefer to live among more humid environments and close to water sources, but they can generally be found all over the world. Toads are able to survive in almost any ecosystem, from forests to grasslands and urbanized areas. They are, however, not able to live in Antarctica or in the desert.

At birth, toads are aquatic. Once they have developed enough, they spend their lives on both land and in water. When on land, it is common to find them hidden behind stones, logs and bushes, as they aim to maintain moisture and protect themselves from predators.

Toads are poikilothermic animals, which means that their internal temperature adapts accordingly to the exterior environment. This occurs because they lack body regulation mechanisms similar to those of other species. For this reason, they try to protect themselves against extreme climates by settling in humid spaces.

So now that we know where toads live, let’s discover what toads eat:

What do toads eat?

Toads are opportunistic carnivorous animals, which means they do not hunt their prey as another animal would, but rather remain motionless waiting for prey to get close enough for the to catch and swallow.

Toad feeding varies according to its species, so, you may be wondering, ‘‘What do common toads eat?’’, ‘‘What do cane toads eat?’’ and/or, ‘‘What do horned toads eat?’’ Generally, small toad species feed on all kinds of insects, worms, spiders and snails, while others can eat fish. On the other hand, larger species ingest small snakes, lizards and rodents. In this way, if you wonder what small toads eat, you can conclude that the answer is small animals which are easy to catch with their tongue.

A common toad characteristic is its ability to adapt in regard to feeding. Although each species has a specific diet, they are able to vary it according to their environment. This is specifically the case in the case of droughts.

What do garden toads eat?

As we’ve already mentioned, most toads live on land and in water. But, did you know that toads breathe through the skin? Toads follow bronchial breathing when they are tadpoles which develops into lung breathing when they are adults. This means that during a toad’s adulthood, it becomes more difficult for them to breathe underwater. This means that they spend most of their time outside of the water where they feed on insects, worms, spiders and snails. Remember, however, that this feed will vary depending on the species and size.

For more fascinating animals adaption facts, you may also be interested in reading our article where we discuss animals that breathe through skin.

What do baby toads eat?

Baby toads, known more commonly as toad tadpoles, feed on plants and algae found in the water. As we’ve already mentioned, through metamorphosis, toads grow and change, and once they reach adulthood, they become carnivores.

Before becoming adults, toads experience a tadpole stage similar to that of frogs. During this period they lack legs, have a tail, gills and live in the water. In principle, these baby toads feed on their yolk sac during the first few days. Then, they move to plants and seaweed. In addition, they consume debris of any kind, larvae and mosquitoes.

For more, we recommend reading our article where we discuss animals that go through metamorphosis.

Threats and dangers to toads

Did you know that some toads are threatened and/or considered endangered species? As in many other species, there are threats that endanger the existence of toads. Some of the main dangers to toads include:

Some endangered or even extinct toad species include; the bleeding toad, the Appenine yellow-bellied toad, the Western toad, Kihansi spray toad and the Western leopard toad.

What do common toads eat?

Like frogs, it is possible to adopt some toad species as pets, such as American toads. In these cases, it is essential to offer your toad adequate food for each stage of its life, in addition to providing them with a diet that provides them with the same nutrients that they would receive in the wild.

In this sense, pet baby toads can be fed scales of crushed fish, which can be found at any pet store. In addition, we recommend adding algae to your baby frog’s pond.

With regard to your adult domestic toads, remember that this diet should be carnivorous. This is one of the main reasons many advise against the adoption of toads as pets, as this feeding can become complicated. If you already have a toad at home, you need to offer it small fish, different worm types and live larvae. You may be able to buy crickets and other live insects from a specialized store, in addition to ants, which you can feed to your toad.

How often do toads eat?

With respect to the quantity, you should pay attention to the speed at which your toad consumes the food you provide, so you will know how many insects, fish, etc., you need to provide per day. Additionally, the size of the feed and how often to feed your toad will depend on the species and size. Generally, however, younger toads should be fed daily while adults toads should be given 4 - 6 food items every other day.

What do frogs eat?

The feeding of the frogs varies slightly from the feeding of the toads. Frogs can sometimes eat plant foods, while toads are strictly carnivorous. However, frogs also tend to eat insects of all kinds, snails, worms, etc. For more, we recommend reading our following frog-related articles:

If you want to read similar articles to What do Toads Eat in The Wild? - Toad Tadpoles And Adults, we recommend you visit our Healthy diets category.

What do Frogs Eat? - Feeding Pet Frogs
What Do Rats Eat in The Wild? - Rat Diet
What do Axolotls Eat? - Feeding and Fun Facts
Can Kittens Eat Adult Cat Food?
Related categories
Homemade dietsDiets to lose weightDiet problemsLactationDiets to gain weight
Most read
1.
Why Does My Dog Only Eat Once a Day?
2.
What is the Best Diet for a German Shepherd Puppy?
3.
Tortoise Food List - What They Can and Can't Eat
4.
How Much Food Should You Give Your Dog?
5.
Mother Cat is Not Producing Milk
6.
How Much Food Should I Feed My Cat?
7.
Forbidden Food for Parrots
8.
Why Won’t My Puppy Eat?
What Do Sloths Eat?
What Do Raccoons Like to Eat?
What do Pigeons Eat? - Pigeon And Dove diet
What Do Hyenas Eat?
What do hamsters eat?
What Do Kangaroos Eat?
What Do Lovebirds Eat?
What Food Do Snails Eat?

What do Toads Eat in The Wild? - Toad Tadpoles And Adults 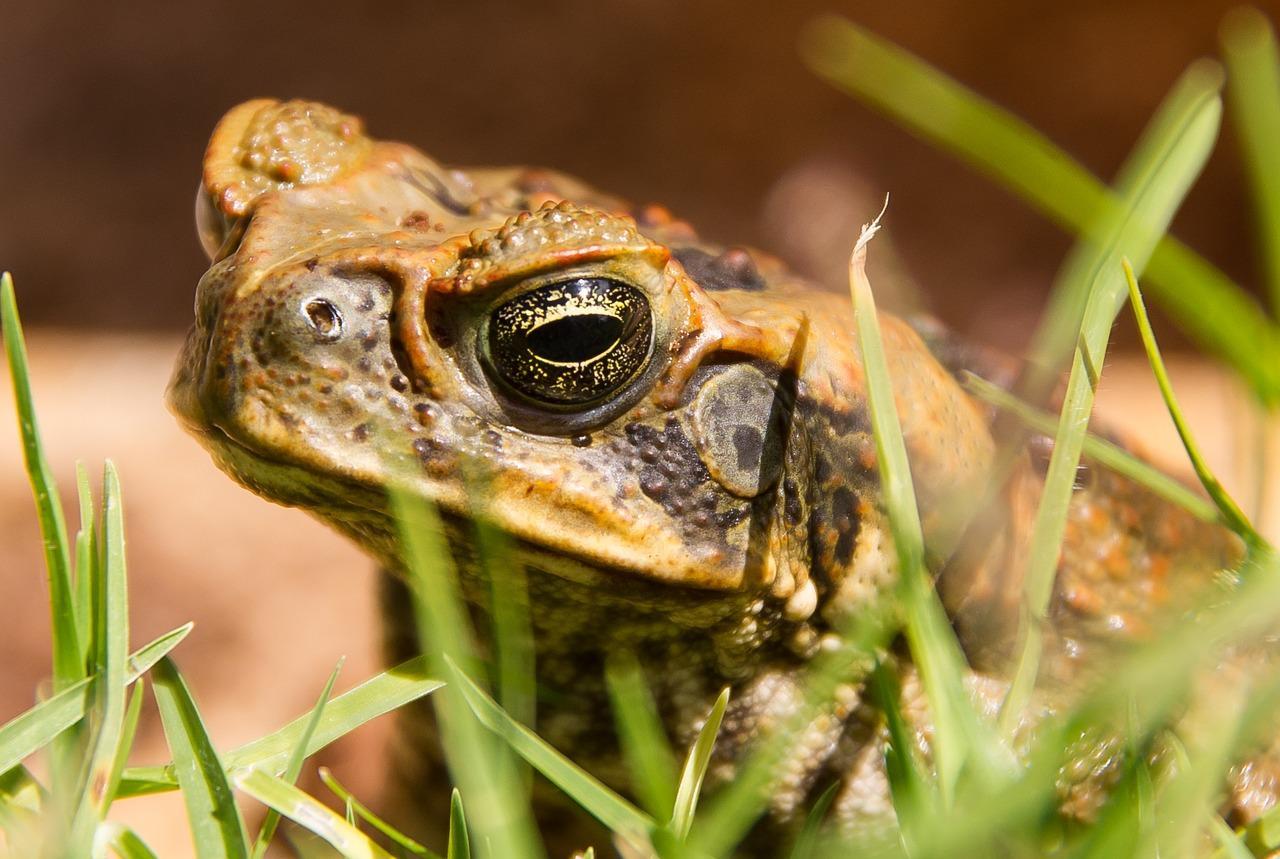 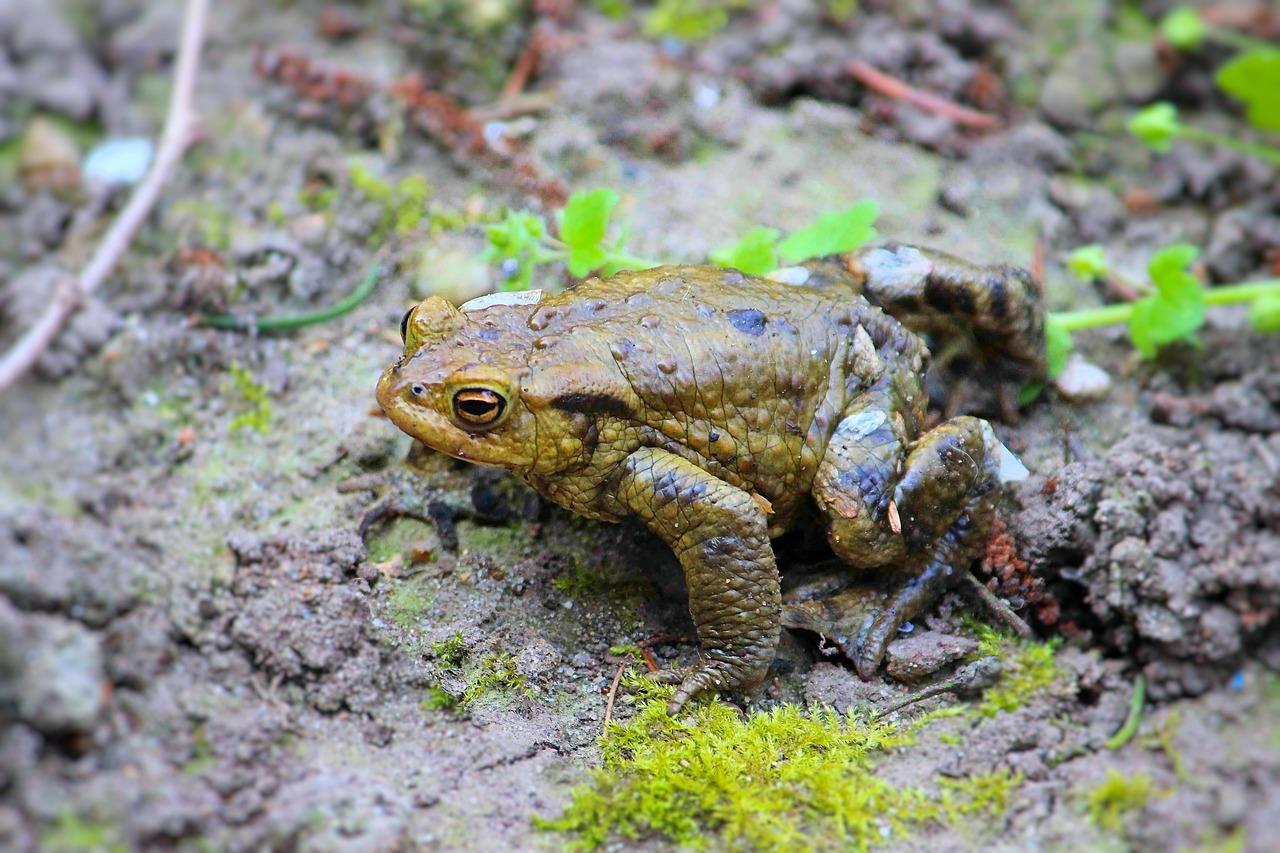 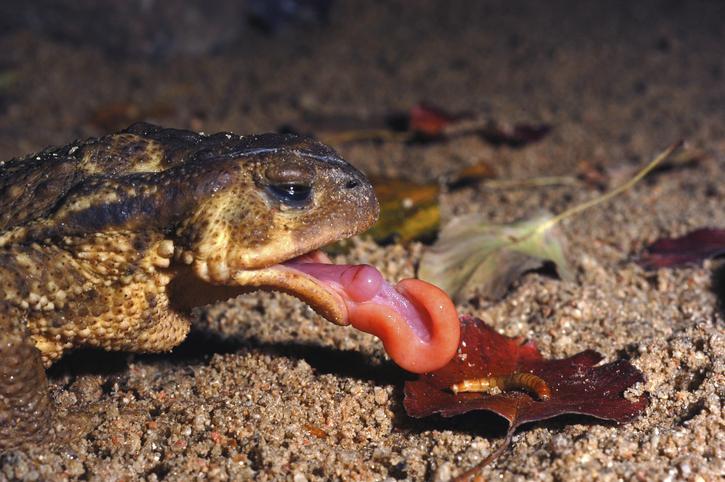 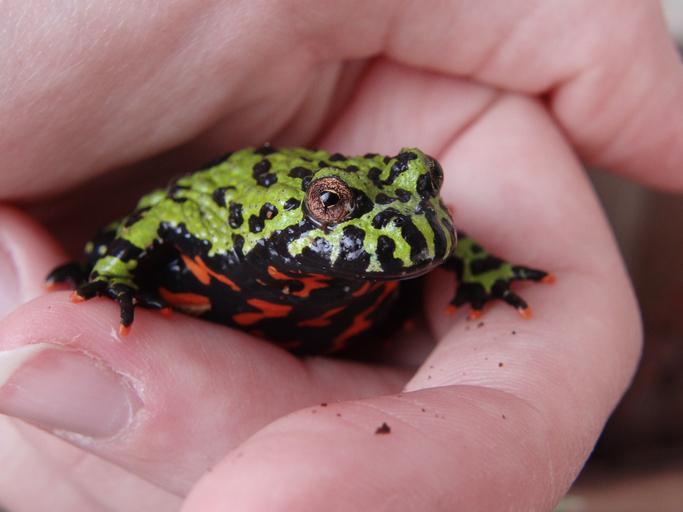 1 of 4
What do Toads Eat in The Wild? - Toad Tadpoles And Adults
Back to top