What is a Griffon Vulture? Main Traits and Fun Facts

The griffon or Eurasian vulture (Gyps fulvus) is a bird of prey of great size: their wingspan exceeds 2.5 m (8 ft 2) and they can weigh more than 10 kg (22 lb). For this reason, even though it's a bird of prey, the griffon vulture is not a good hunter: its potential prey are quicker and more agile than it is.

The griffon vulture is a very specialized bird, occupying a central place in its ecosystem. Vultures are scavengers, that is, they feed on animal carcasses. This keeps its habitat clean and free from animal remains.

Are you wondering what is a griffon vulture? In this AnimalWised article we'll go over the main traits and some fun facts about this Eurasian bird of prey, including details about its appearance, diet, and habits.

You may also be interested in: What is a Dung Beetle? Main Traits and Fun Facts
Contents

Where do griffon vultures live? Habitat and distribution

The griffon vulture is spread across Eurasia. It can be found in the Iberian Peninsula, North Africa, the Balkans, Crimea, the Caucasus, the Arabian Peninsula, the Middle East, Central Asia and the Himalayan mountain range. There are small griffon vulture populations in other European regions, like the islands of Cres, Crete, Cyprus, Guernsey and Sardinia, as well as in continental areas north of the Pyrenees.

Griffon vultures build their nests, known as "vulture colonies", on ledges protected by vertical rock walls. They nest at more than 50 m (165 ft) above ground level, which enables them to capture the upwards drafts of air when they throw themselves into the void, helping them to fly across and above open areas.

In Spanish, the griffon vulture is known as the buitre leonado or "leonine vulture". This makes reference to the tawny color of its feathers, as its cinnamon and ocre shades are similar to those of a lion's coat. The flight feathers at the tip of its wings are much darker.

However, it is easily recognizable because its head is white, with a matching neck ruff. Its bill is a contrasting yellow. Their head and neck do not have any feathers, and are instead covered in a very fine fluff.

While it is believed that the role of this fluff is to make it difficult for blood and residue to stick to the vultures when they put their head inside the carcasses to feed, scientists argue that it probably also helps in the vultures' thermoregulation. Unlike other birds, griffon vultures do not seek shelter in the heat but rather stretch their necks out, letting the air refresh them.

What do griffon vultures eat?

Vultures are carnivorous animals, more specifically sacrophagous animals. The griffon vulture's morphological structure is perfectly suited for the task it carries out: eating carrion. First of all, these vultures have an excellent sense of sight that allows them to spot carcasses from thousands of feet up in the air.

Their wingspan is enormous, and they rarely fly by flapping their wings. Instead, they soar and glide in large concentric circles, from which they can cover a vast stretch of land. Both wings are outstretched during the glide, giving the impression of floating in the air. Their enormous, sharp curved beak can break bones and rip off huge portions of meat.

Vultures rarely hunt, although they occasionally kill weak animals if they are sick or old. Another interesting adaptation of these scavenger birds is that they can digest infected or diseased carcasses, as their stomach acid is more corrosive than usual.

What role do griffon vultures play in their habitat?

The griffon vulture plays a fundamental role in its habitat and ecosystem. Vultures are remove the remains of animals that die in the wild, even when they carry serious infections, preventing contamination as a result of their prolonged decomposition.

Vultures have the same function and importance as our garbage collectors, whose task is hugely helpful to the lives of others. You will probably have noticed that when garbage collectors go on strike, there is an immediate effect: they are key to a balanced and livable environment. The same applies to vultures!

The proliferation of new power lines and the laying of rural roads and forest trails - which are passed along by many motor vehicles, bikes and hikers - cause disturbances to the natural wildlife. Rock climbers also have a very negative impact on the breeding of griffon vultures, since their presence irritates the birds nesting in the vulture colonies located in the rocky walls, leading them to go elsewhere.

Griffon vulture chicks cannot survive hunger. When other young birds do not feed for some time, their growth and development simply slows down. In the case of the griffon vulture, the chicks die without any warning.

The griffon vulture is a protected bird in many countries. Since it is usually forbidden for cattle breeders to leave carcasses in their field, special sites have been made where they can deposit the carcasses so that vultures can feed on them.

Now that you know what is a griffon vulture, its main traits and fun facts, don't miss the following articles:

If you want to read similar articles to What is a Griffon Vulture? Main Traits and Fun Facts, we recommend you visit our Facts about the animal kingdom category. 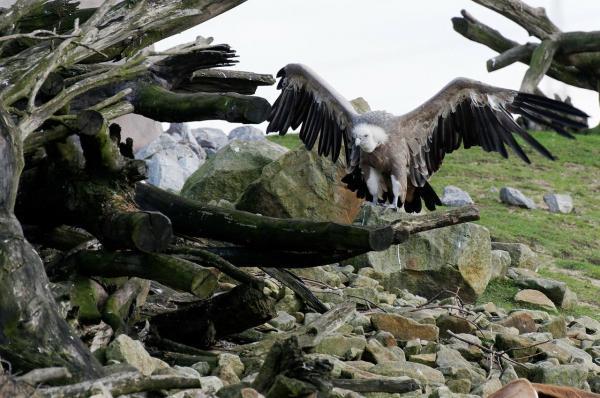 This is a excellent site for animal researchers .
What is a Griffon Vulture? Main Traits and Fun Facts 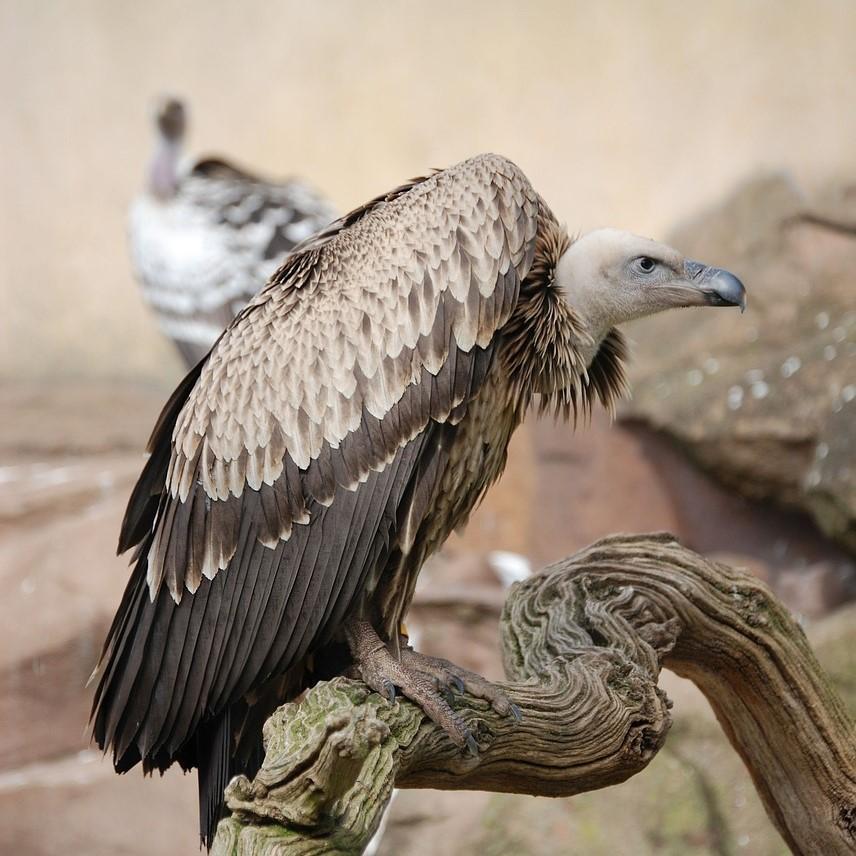 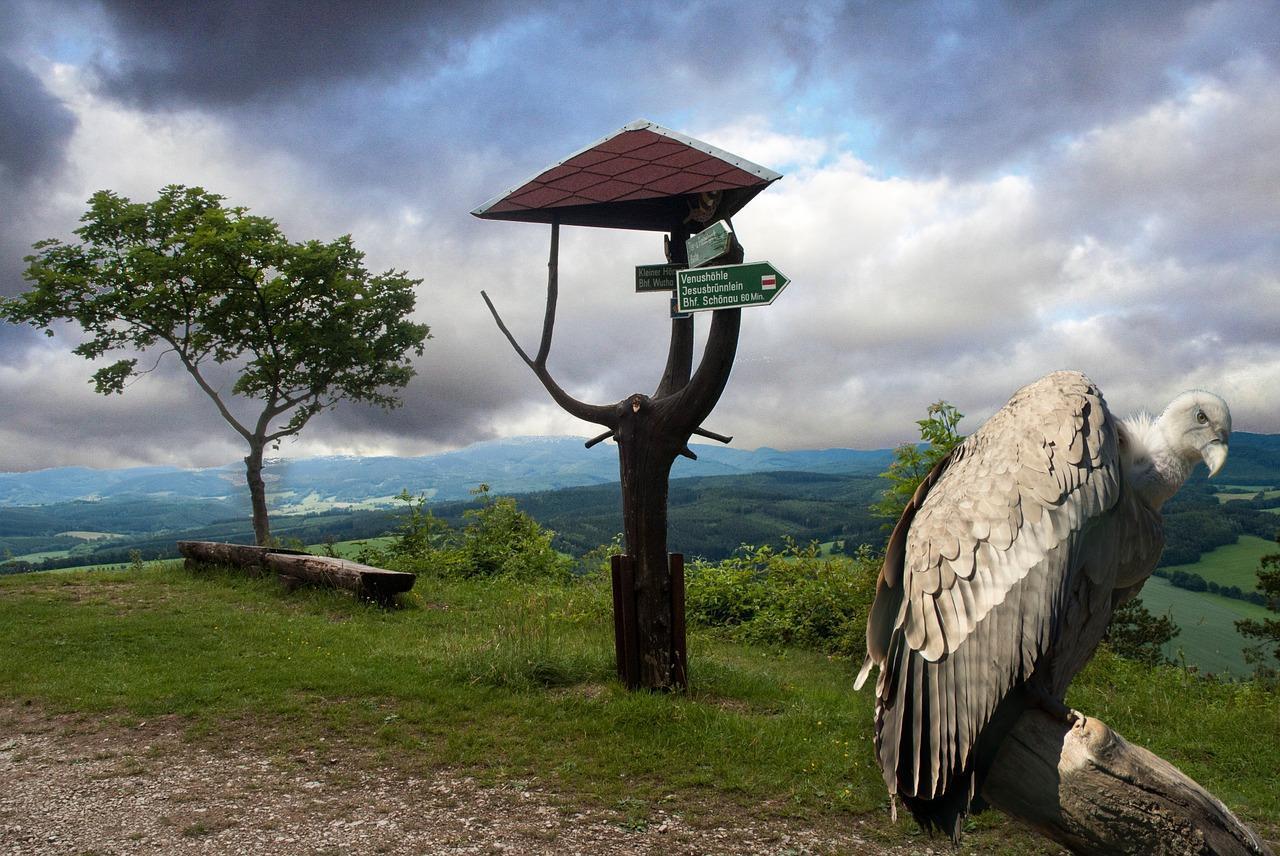 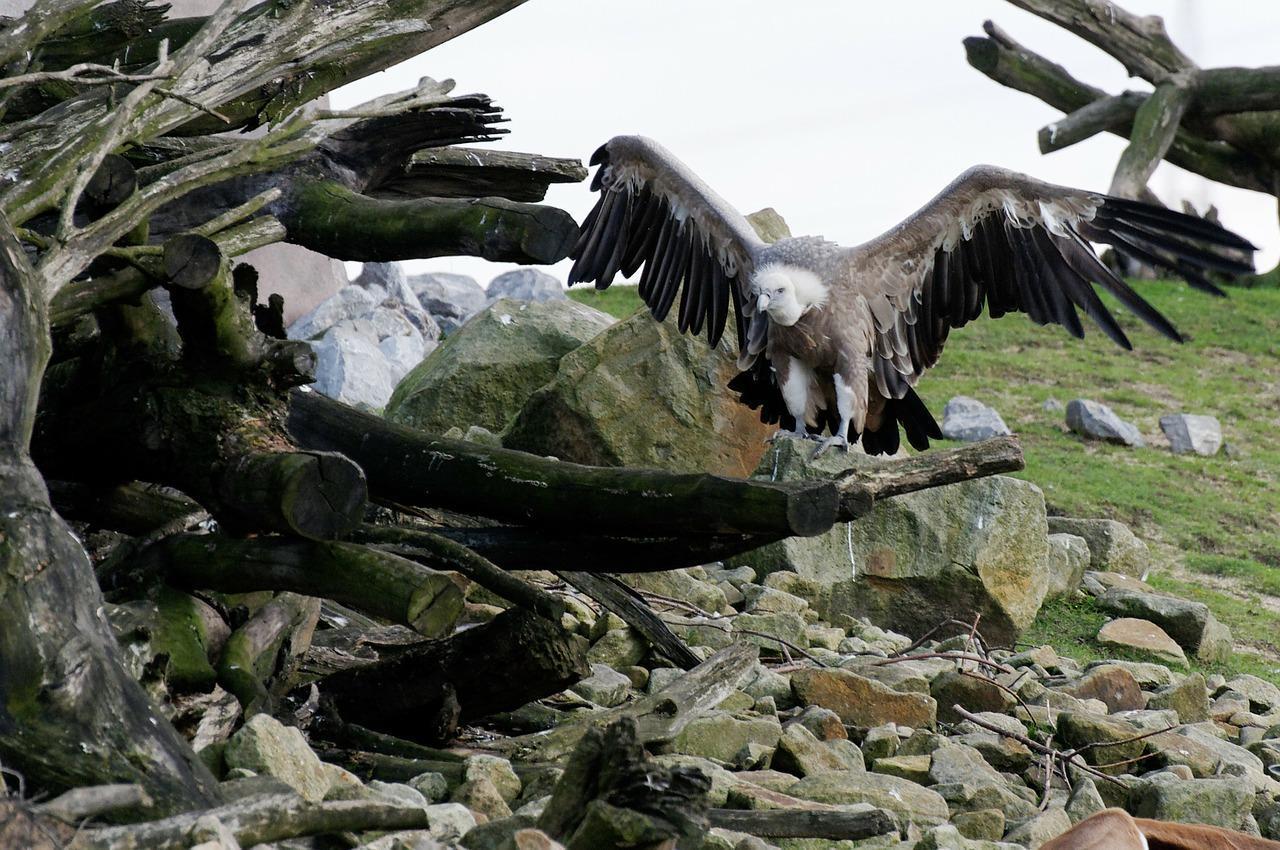 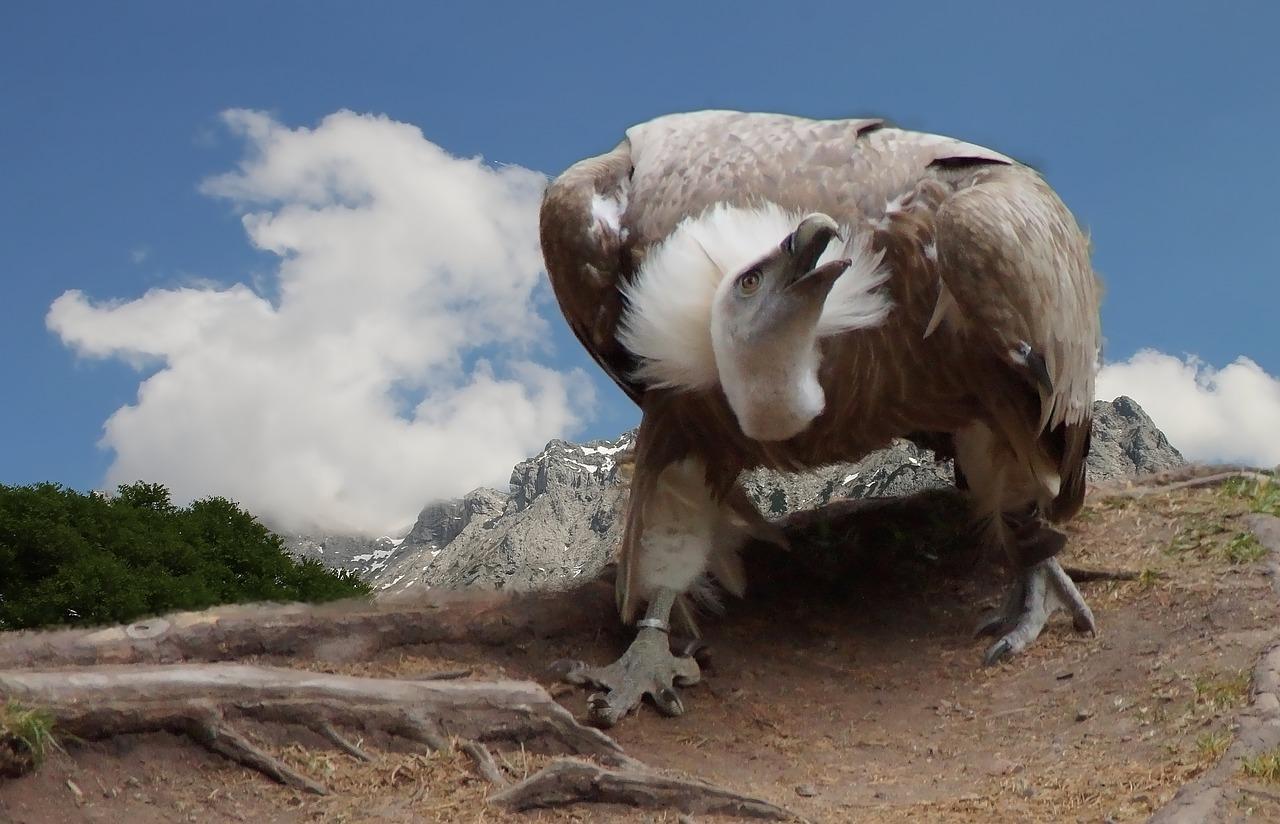 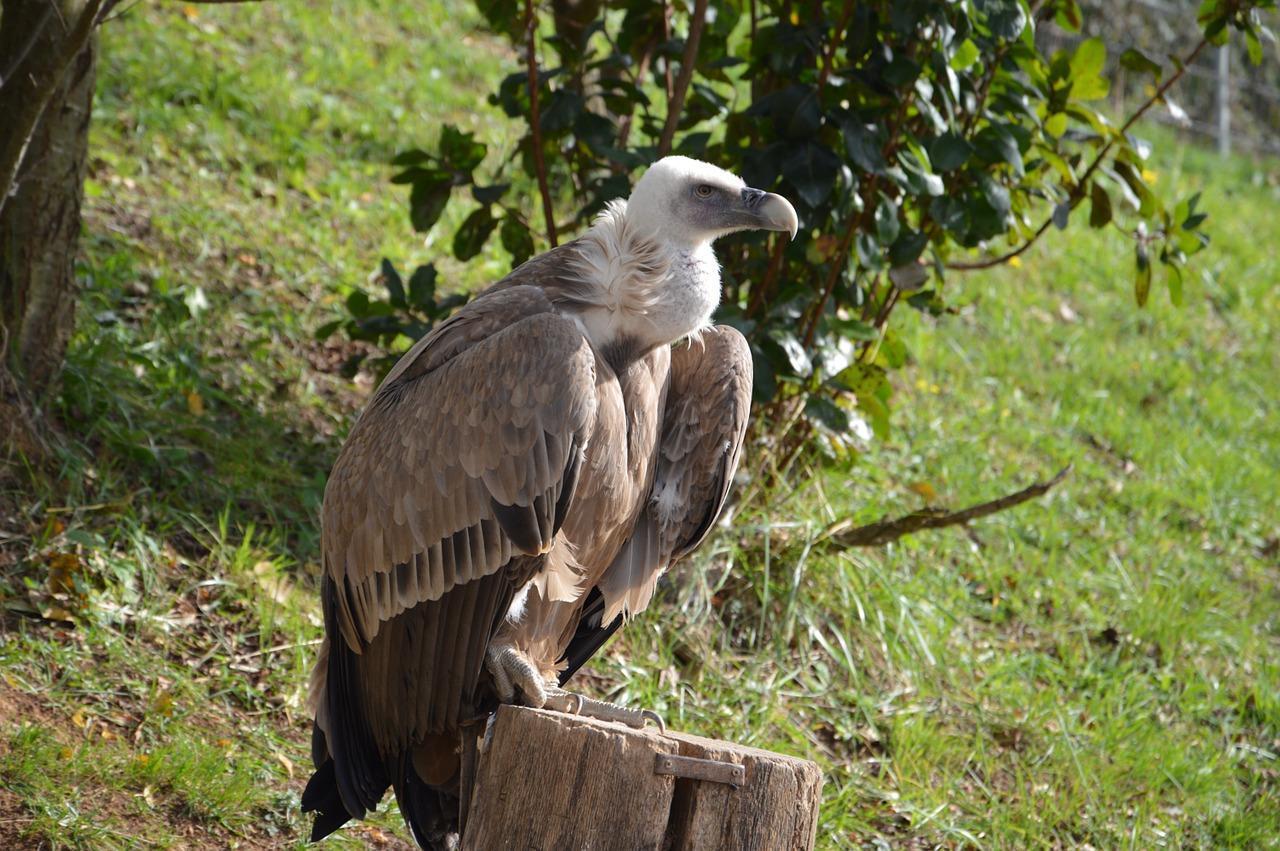 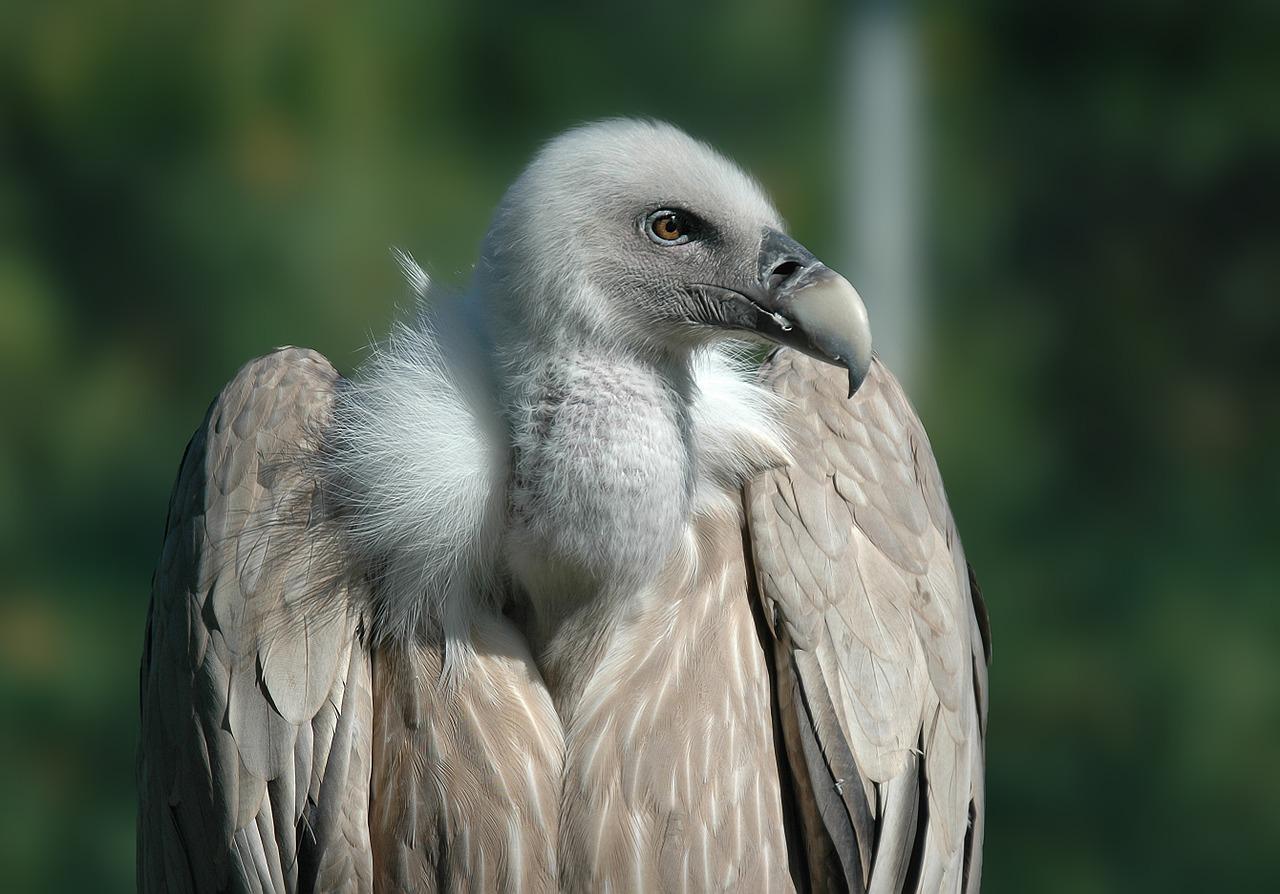 1 of 6
What is a Griffon Vulture? Main Traits and Fun Facts
Back to top