What Is FLUTD in Cats? - Feline Lower Urinary Tract Disease 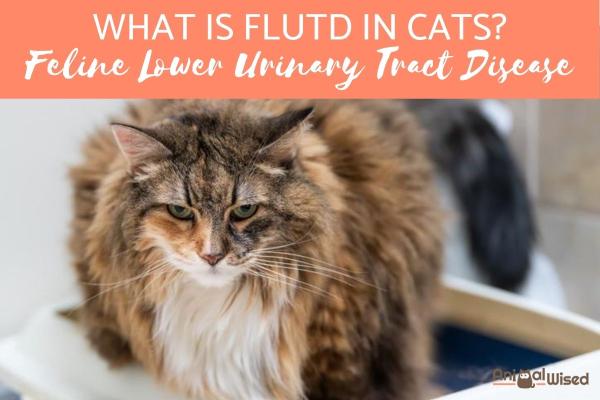 You may have heard the acronym FLUTD in reference to feline health, but may not be aware of what it means for your cat. It is an acronym which refers to a set of varying problems which affect the lower urinary tract of cats. FLUTD is characterized by various symptoms, but we most often first notice if the cat has difficulty in urinating. In the most severe cases, it can lead to an obstruction of the urethra which constitutes an emergency.

At AnimalWised, we reveal more about feline urinary tract infections (UTIs) by answering what is FLUTD in cats? We look at its causes, symptoms and treatment so you can know what to expect.

You may also be interested in: Why Does My Cat Push Out His Penis and Lick It?
Contents

What is FLUTD in cats?

The acronym FLUTD stands for feline lower urinary tract disease. It does not refer to one specific feline health The name FLUTD encompasses different problems in cats that affect both the bladder and the urethra. The bladder collects urine to be excreted as waste via the urethra. Many people think feline UTIs are the same thing as FLUTD. Although they can be related, it is not usually the case.

There are two different types of FLUTD in cats. One is obstructive and the other is non-obstructive. We explain the difference in the sections below.

Symptoms of FLUTD in cats

Unfortunately, the symptoms of FLUTD in cats are often nonspecific. Instead of being a sign of a specific disease, the symptoms are the same as those which can appear in several medical problems affecting the lower urinary tract. For this reason and more, it is vital you take a cat showing the below symptoms to the veterinarian as soon as possible.

The veterinarian will perform the correct diagnostic tests to determine the correct type of feline lower urinary tract disease. We cannot try to diagnose the problem ourselves as the wrong treatment can cause more damage. Prompt treatment is also essential as it avoids complications and decreases the severity of an episode. Some cats may suffer from recurrent cases of FLUTD, something which prompt intervention also reduces.

The most common signs of FLUTD in cats include:

Risk factors for FLUTD in cats

FLUTD can occur in male or female cats of any age, although it is most common in cats between 5-10 years of age. Other risk factors that have been determined to influence the appearance of this problem are the following:

Causes of FLUTD in cats

There are multiple causes of FLUTD. However, we should bear in mind that most cases will remain unknown. This is either because it is idiopathic FLUTD in cats (i.e. the underlying cause remains unknown) or because determining the exact cause is unnecessary to administer treatment.

Causes of FLUTD in cats can occur individually or in combination with other veterinary health problems. As we stated above, FLUTD in cats is either obstructive or non-obstructive. This means there either is or isn't an obstruction in the urinary tract. An obstruction can seriously complicate issues and even be potentially lethal.

Causes of non-obstructive FLUTD in cats:

Causes of obstructive FLUTD in cats:

Treatment of FLUTD in cats

It is believed that non-obstructive FLUTD cases can resolve spontaneously in less than ten days. However, we still need to take them to the veterinarian as we will require a professional diagnosis to determine if this is the case. This way we can spare the cat the pain and stress which comes with FLUTD. Additionally, we are putting them at rish of a urethral blockage, especially with males.

A pharmacological treatment may be required, depending on the underlying cause. This may include, but is not limited to medication to relax the muscles of the urethra and analgesics (painkillers). Management of FLUTD in cats is also required for a better prognosis. This will include:

If you want to read similar articles to What Is FLUTD in Cats? - Feline Lower Urinary Tract Disease, we recommend you visit our Other health problems category.

Bibliography
High Creatinine Levels in Cats
My Cat Has Crystals in Their Urine
My Cat Is Having Trouble Peeing - Reasons Cats Only Pee a Little
New
Azotemia in cats - Types, Symptoms and Treatment
Related categories
Skin problemsParasitic diseasesHereditary diseasesViral diseasesMental problemsBacterial diseases
Most read
1.
Can I Bathe My Dog After Vaccination?
2.
My Dog Is Bleeding from His Penis
3.
My Dog's Poop Starts Solid Then Goes Soft
4.
My Cat Has Liquid Coming From Their Anus
5.
What to Do if My Dog has Something Stuck in his Throat?
6.
My Dog Has Pus Coming From His Penis
7.
Myiasis In Dogs - Symptoms, Removal And Treatment
8.
Why Does my Dog Have Swollen Breasts?
What Is Eosinophilic Granuloma Complex in Cats?
What Is Feline Hepatic Lipidosis? - Causes, Symptoms and Treatment
Why is my Cat Urinating Blood?
What Causes Pancreatitis in Cats?
My Cat Has No Bladder Control
My Cat Is Throwing Up Blood
Obesity in Cats
Diabetes in Cats

What Is FLUTD in Cats? - Feline Lower Urinary Tract Disease 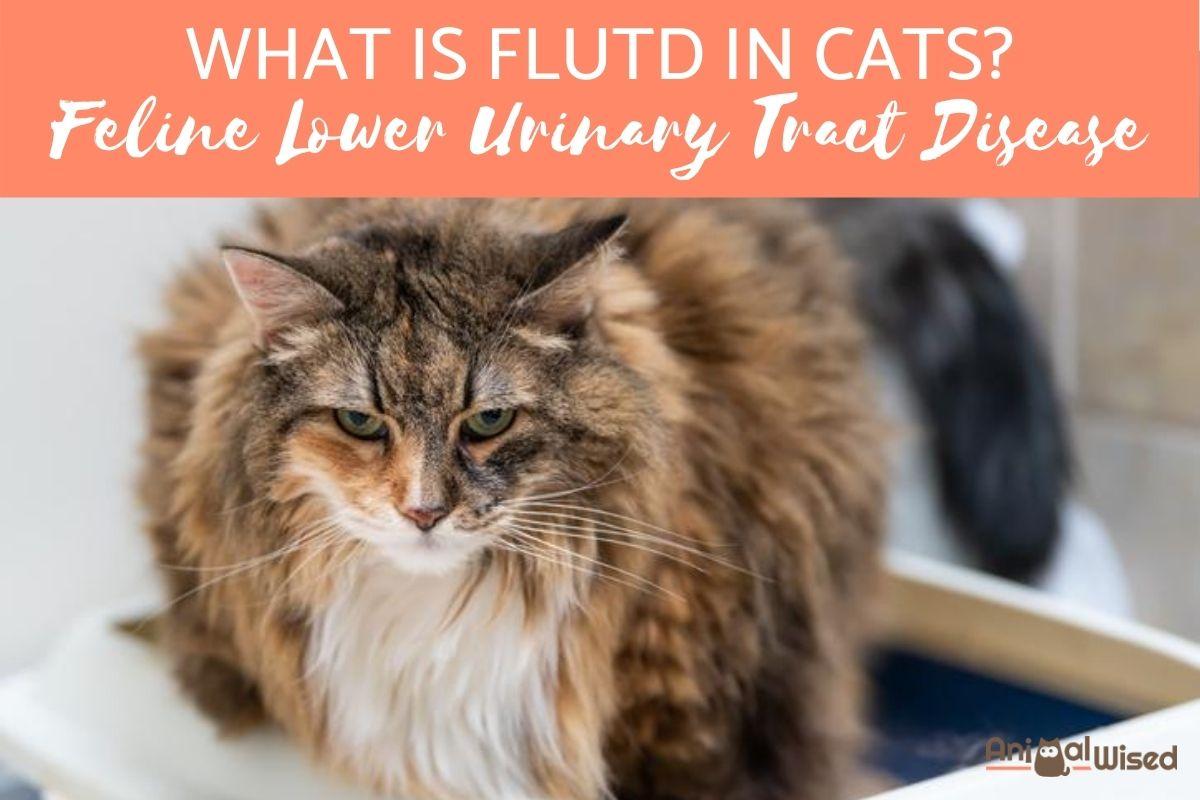 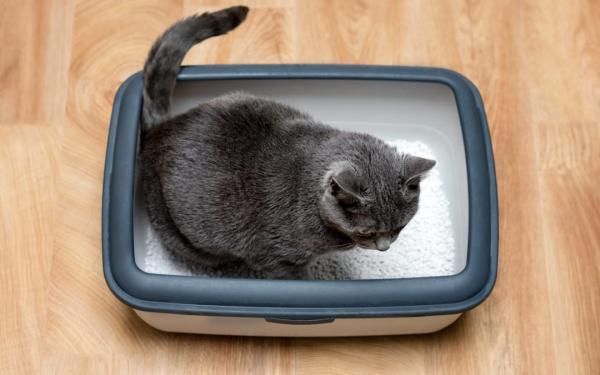 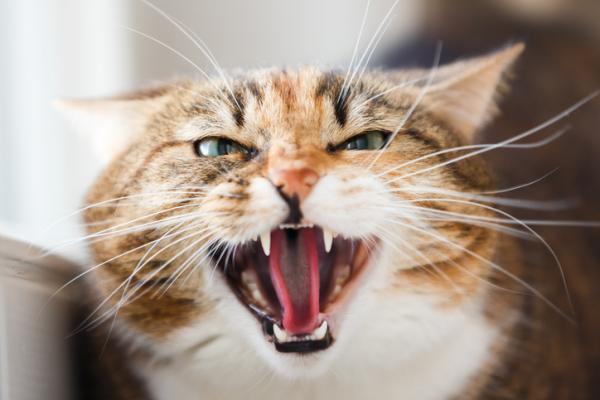 1 of 3
What Is FLUTD in Cats? - Feline Lower Urinary Tract Disease
Back to top