What is Giardia in Cats? 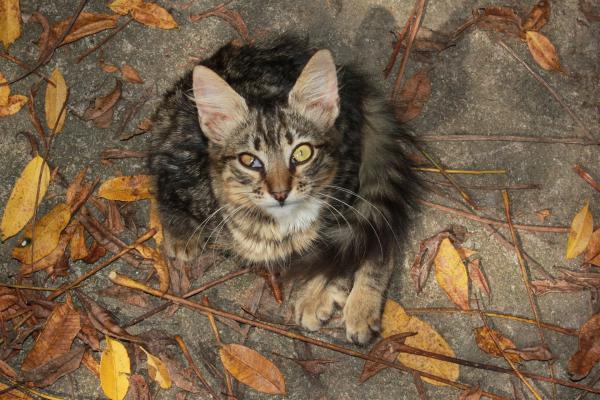 Parasitic diseases are very common in mammals, caused by both ectoparsites and endoparasites. While the mode and symptoms of infestation vary according to parasite type, in the vast majority of cases they will require treatment. Cats are known for their particular hygiene habits, but this doesn't mean they are immune to parasitical infestation. In fact, their grooming habits can accidentally lead to parasites entering their body.

This is why AnimalWised is asking the question what is giardia in cats? By answering it, we can learn its causes, symptoms and treatment options available. Since it is a relatively common condition in felines, knowing more about it can help us to avoid its spread and subsequent affect on out cat's well-being.

You may also be interested in: Giardia in Dogs: Symptoms and Treatment
Contents

As we state in the introduction, there are many different types of parasite. They can be categorized by two main types:

In both endoparasites and ectoparasites, we can find various different subcategories. These are generally categorized by their morphology. Technically parasites can be almost any living organism, including plants, insects and even birds. However, the types found in or on cats are more likely to include:

Giardia is a protozoan parasite. Protozoa are a single-celled eukaryotes (meaning they have a nucelus) which sustain themselves by feeding off organic matter. This includes the living tissue of cats. Giardia is the name of the parasite, but the infestation of said parasite is known as giardiasis.

There are two main types of giardia: Giardia lambia and Giardia intestinalis. It is an organism with a flagellated shape and is impossible to view by the naked eye, requiring a microscope to see their shape. They present in two forms, an active trophozoite which can move and a resistant cyst. These two states are different stages in the same life cycle of the giardia parasite. The cyst is hard, infective and can live outside of the host body.

Upon entering the cat's body and becoming a trophozoite, the protozoa travels to the intestine where it adheres to the mucosal walls. In doing so, they feed off the gastrointestinal tissue and damage it. This damage means the intestine cannot perform its normal functions. The cat cannot properly absorb the nutrients and vitamins they need to remain healthy.

What is giardiasis in cats?

Giardiasis is the veterinary medical condition which is caused by the giardia parasite. It initially affects the small intestine of the cat, often not providing any noticeable symptoms immediately. Eventually, the problem develops until the entire digestive system is affected, in turn causing the overall health of the cat to deteriorate.

Infection is most common in animals with low immunity, such as those suffering from feline leukemia (FeLV) or feline immunodeficiency virus (FIV). Kittens and senior cats also have lowered immunity and are therefore more susceptible to infestation. Due to the close living quarters and shared amenities of cats in shelters or large cat colonies, the spread of the parasite is more likely.

Giardiasis in itself is unlikely to be fatal, but it can cause already immunosuppressed cats to deteriorate badly. The giardia parasite is highly infectious and is zoonotic, meaning it is contagious to humans.

How is giardia in cats spread?

Now we know what giardia is, we need to know more about how it functions. Outdoor cats are more likely to be contract a giardia infestation. This is partly due to the fact that the giardia protozoa is incubated in humid environments with poor hygiene. Your cat is more likely to acquire the parasite if:

While going outside can make contagion more likely, these vectors are not limited to the outdoors. An affected cat which lives in a home with other animals can easily cause the parasite to spread.

What are the symptoms of giardia in cats?

As we stated above, giardiasis in cats can be asymptomatic, especially at the beginning of an infestation. The cat can live the presence of giardia for years without showing any obvious effects. When symptoms do present, they usually manifest in the following ways:

Diarrhea, whether chronic or sporadic, is usually abundant and sudden. It can be accompanied by a bad smell, mucus and even blood. Many of the symptoms of giardiasis also present for other gastrointestinal disorders. Even any of the above symptoms persist for more than 24 hours, it is vital you take the cat to a veterinarian.

Diagnosis of giardia in cats

Despite its relative prevalence, diagnosis of giardia in cats is not always straight forward. Giardia is often detected by examining a stool sample under a microscope. However, even though a cat may be infested with giardia, doesn't mean they will show up in a stool sample.

The veterinarian will not be able to review the sample in their clinic, but will need to send it to a laboratory for analysis. If giardia is suspected, but the analysis comes back negative, the test will likely be repeated several times. Samples will need to be taken at different times until the presence of giardia can be completely ruled out.

A test called ELISA (enzyme-linked immuniabsorbent assay) has recently been introduced in certain territories[1]. This test is much more sensitive and specific than immunofluorescence microscopy, another method of detecting parasites.

Treatment of giardia in cats

When a cat has been tested positive for giardia, it is necessary to act immediately. This will be essential in eliminating the parasite completely and prevent them from being infested again. Drugs including metronidazole and fenbendazole are usually prescribed, either alone or in combination. They are prescribed for 7 to 12 day treatments, depending on the severity of the infestation.

Rigorous administration of the treatment is vital. Even a single day of missed treatment can render it ineffective. You will also need to provide your cat with plenty of fresh water to avoid medication related dehydration.

You will need to immediately clean any and all places your cat spends their time. Using gloves and enzymatic cleaning products will help to do an effective job as well as protect us from infestation. If you have a longhair cat, it is also important to remove any hair in the home. Ensure you let the areas dry completely before allowing the cat access to the area. This is, of course, after they have been given the all-clear by the veterinarian.

How to prevent giardia in cats

Simple measures in the home can be implemented to best prevent the spread of giardia. They include:

If you want to read similar articles to What is Giardia in Cats?, we recommend you visit our Parasitic diseases category.

What is Coccidia in Cats?
Intestinal Parasites in Cats
What Is Coccidia in Dogs?
Home Remedies for Intestinal Parasites in Cats
Related categories
Breathing diseasesOther health problemsFirst aidMedicineBacterial diseasesSkin problems
Most read
1.
My Dog Is Bleeding from His Penis
2.
My Dog's Poop Starts Solid Then Goes Soft
3.
My Dog Has Pus Coming From His Penis
4.
Can I Bathe My Dog After Vaccination?
5.
My Cat Has Liquid Coming From Their Anus
6.
My Dog Keeps Licking Her Private Area - All Possible Reasons
7.
Why Does my Dog Have Swollen Breasts?
8.
What to Do if My Dog has Something Stuck in his Throat?
How to Treat Parasites in Puppies - Symptoms and Treatment
Scabies (Mange) in Cats
Toxoplasmosis in Dogs
My Cat Has Maggots in Their Wound
Cuterebra in Cats - Causes, Symptoms and Removal
Scabies in Dogs
Notoedric Mange in Cats (Notoedres Cati) - Symptoms and Treatment
Hookworms in Cats - Causes, Symptoms and Treatment

What is Giardia in Cats? 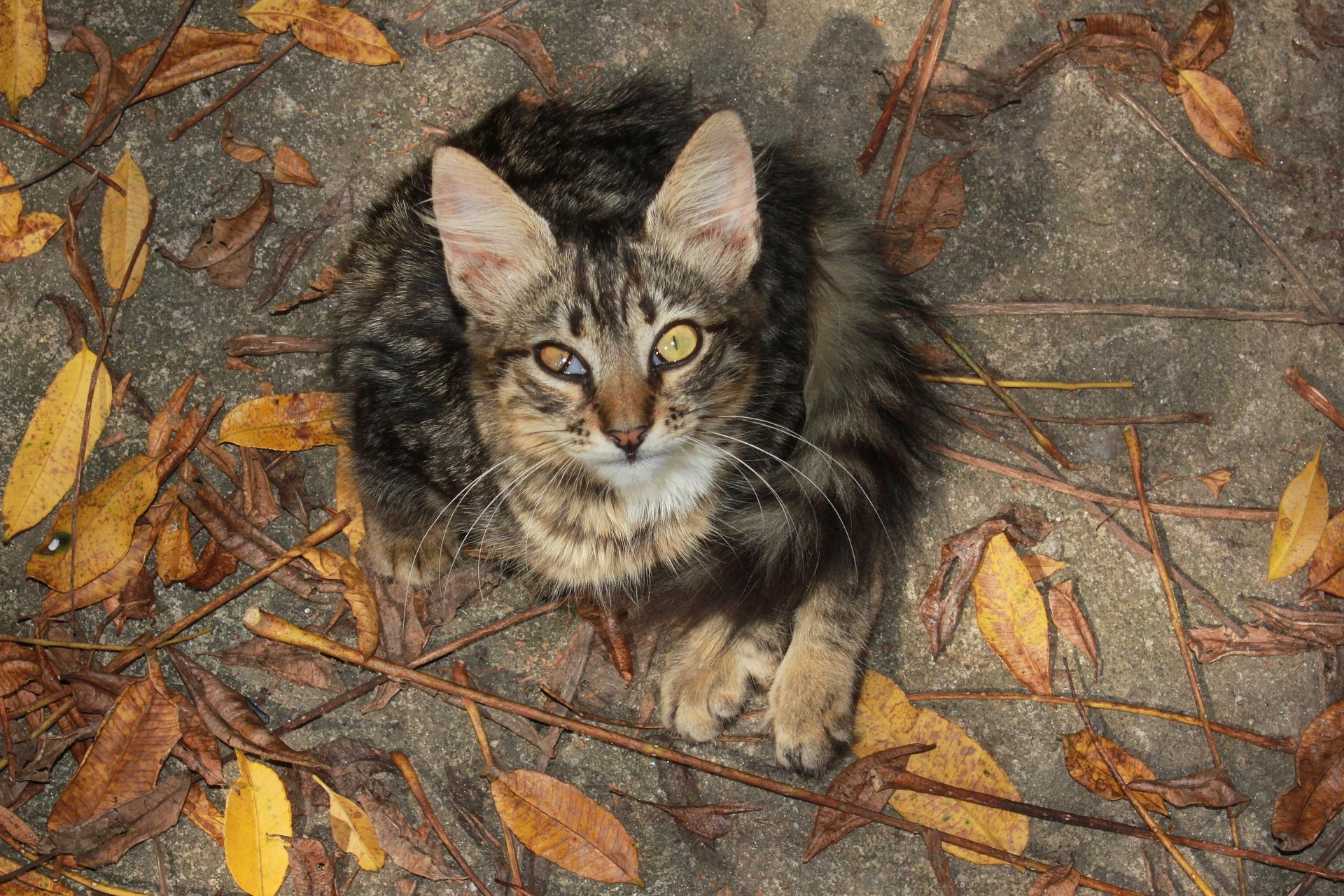 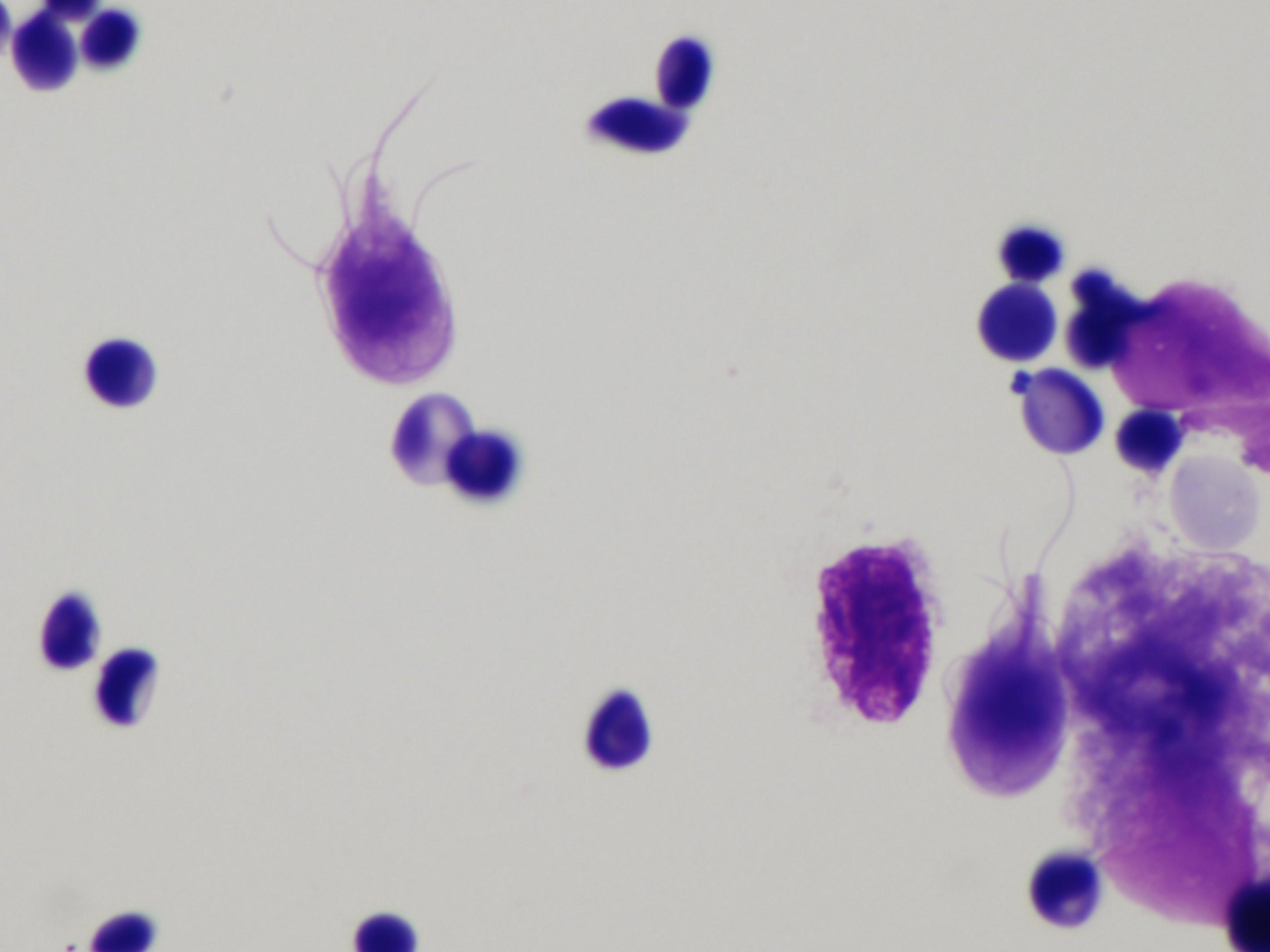 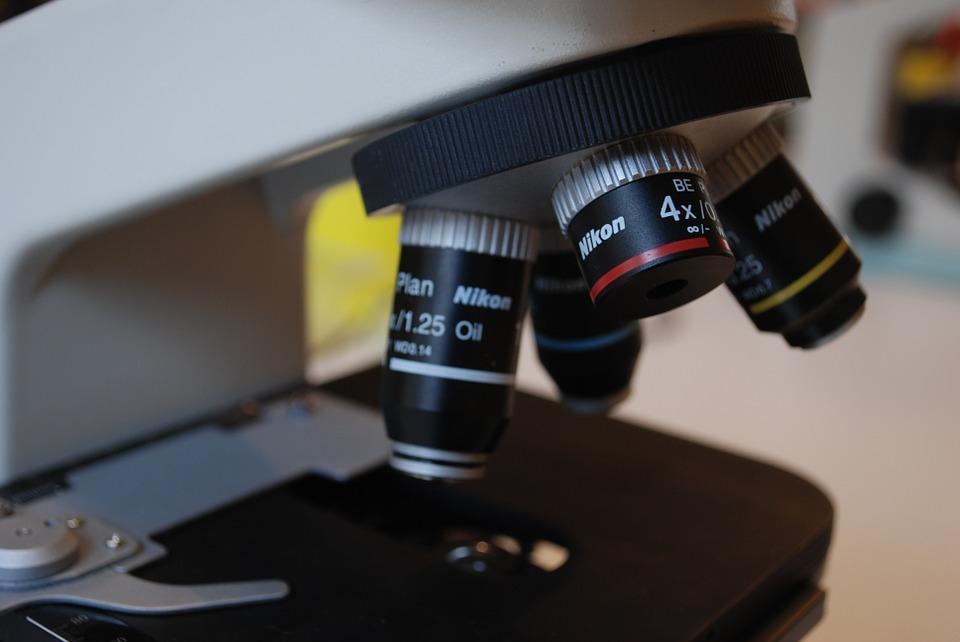 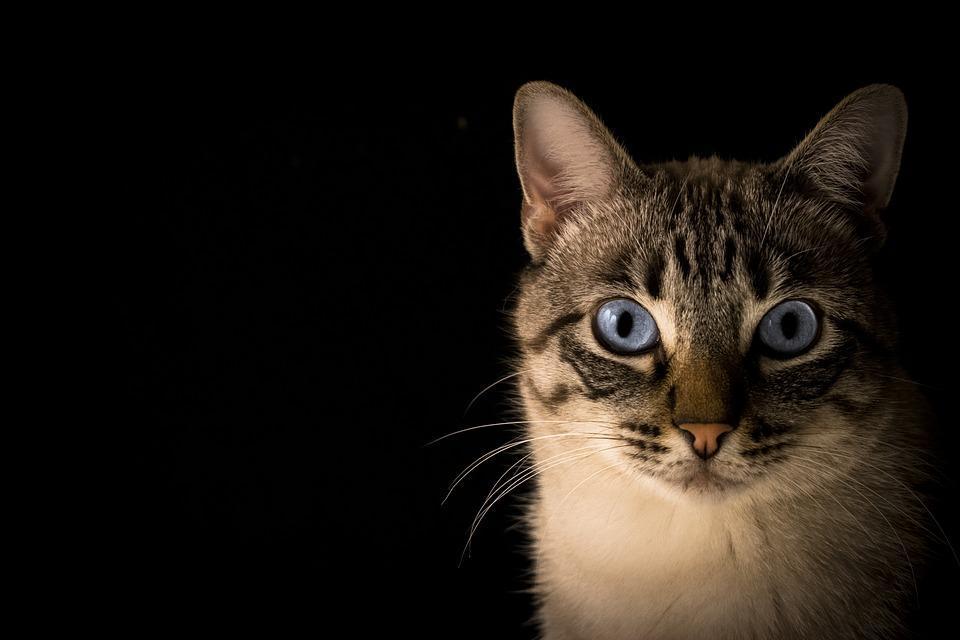