What is Jallikattu and Where is it Held? 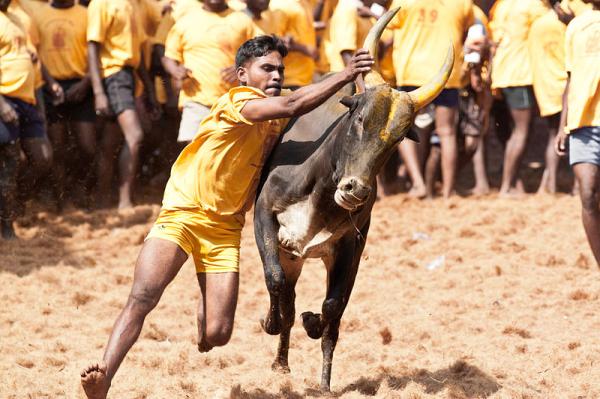 Jallikattu is a bull-baiting sport played in the state of Tamil Nadu in the south of India as part of the Mattu Pongal celebrations. Tamil historians hold that this sport dates back to 2nd Century AD, which makes this bull-fighting sport more ancient than the Spanish bull-fighting known for its matadors.

There are many variants of Jallikattu, but the most common one involves the release of a bull from an enclosure has to be held on for a certain distance or time to win a prize. In the more violent versions, the bull is tied to a 15 meter-long rope and a team of Jallikattu players will control the animal for a certain period of time. Jallikattu bulls are especially reared to build up stamina and strength.

Stay with us at AnimalWised to learn what is Jallikattu and where is it held, what kind of bulls are made to participate in it and what are the consequences for the animals.

You may also be interested in: What is Mattu Pongal and Where is it Celebrated?
Contents

A sport unlike any other

Jallikattu (ஜல்லிகட்டு) is a bull taming sport played in Tamil Nadu, the southern Indian state. One of the most ancient sports in current times, this sport is held as part of the village festival. Festivals are held for a specific time from January to July each year. One of the most popular of these is Alanganallur in Madurai, known as Manju Virattu which stands for “chasing the bull” in Tamil.

Bulls that stand their ground

Jallikattu is based on attacking the bulls, who are quite active in attacking in turn. The animal kingdom is replete with animals that stand up for themselves when attacked, even when they are herbivorous. Consider the Cape buffaloes, which kill full grown lions or the ferocious attack of a full grown Gaur bull on predators like tigers.

Jallikattu bulls are associated with a specific breed of cattle descended from the Kangayam Bull, who are fighters by nature to begin with. Only confrontational bulls are selected for this sport.

There are three versions of the Jallikattu. The Vadi Manju Virattu takes place in Salem, Tanjore, Theni, Pudukottai and Madurai. The bull is released as a person climbs onto the hump, and the bull then tries to throw the rider off. This is a struggle for supremacy between bull and man.

The Vaeli Virattu is a version popular in the districts of Sivagangai, Madurai and Manamadurai. The bull is released into open ground and it may then proceed to stand its ground and attack. These are the bulls which play for a while, providing spectators a chance to admire the magnificent animal.

Vadam Manjuvirattu is another version where the bull is tied to a 50-feet long rope. A group of 7-9 members must attempt to control the bull within half an hour.

How is a Jallikattu bull raised?

Calves chosen to become Jallikattu bulls are bred for their fighter nature and fed a solid diet. They are also made to swim for exercise and taken to smaller events to acclimatize themselves to the sport. Specific training is also given so that they understand the limits of the rope.

Bull-fighting or Jallikattu is an ancient Tamil tradition popular in the classical period. The legend says this sport was played by men to land wives! Successful matadors were chosen as the worthy groom by Tamil brides in ancient times.

The word Jallikattu comes from "Salli kassu", coins, and "Kattu", a package that was tied to the horns of the bulls as the prize. The Jallikattu bull is purposely chosen as the most ferocious and muscular bull of its species.

Where is Jallikattu held?

Some of the districts and sites where Jallikatu occurs include:

Compassion is the key to being human. But the bull-fighting that is seen in Jallikattu is against all such principles. Training a bull to entertain crowds is exploitation of a living being. The apex court of India, the Supreme Court, held that Jallikattu is in itself cruelty to animals in response to petitions filed by noted wildlife welfare organizations such as PETA.

The Supreme Court also asked if cows could be protected, why not bulls? Bulls are forced to participate in the game against their will. This is a violation of their basic rights to life, dignity and health. For bulls participating in this cruel sport, the verdict comes as a welcome respite.

If you want to read similar articles to What is Jallikattu and Where is it Held?, we recommend you visit our Facts about the animal kingdom category.

What is Tihar Festival and How is it Celebrated?
What is 'Sparring' in Dogfighting?
What is Groundhog Day? Meaning and History
What is the Story of Nandi the Bull?
Related categories
Endangered animals
Most read
1.
What Animal am I According to my Zodiac Sign?
2.
What Does It Mean When a Cat Shows Up at My Door
3.
The 10 Most Solitary Animals in the World
4.
How Many Types of Lions Are There?
5.
Animals With Scales - A Full List
6.
Differences Between Crows, Ravens and Rooks
7.
10 Smells that Attract Cats
8.
My Female Dog In Heat Won’t Accept A Male - Causes
What is a Raccoon Dog? - History and Facts
My Cat Is Eating Flies - Is It OK?
What Breed Is a Tortoiseshell Cat?
What is Splooting?
Is It Bad to Keep my Cat at Home?
What is a Dung Beetle? Main Traits and Fun Facts
Why Is My Dog Leaning on Me? - Is It OK?
What Is Brumation? - Differences Between Brumation and Hibernation

What is Jallikattu and Where is it Held? 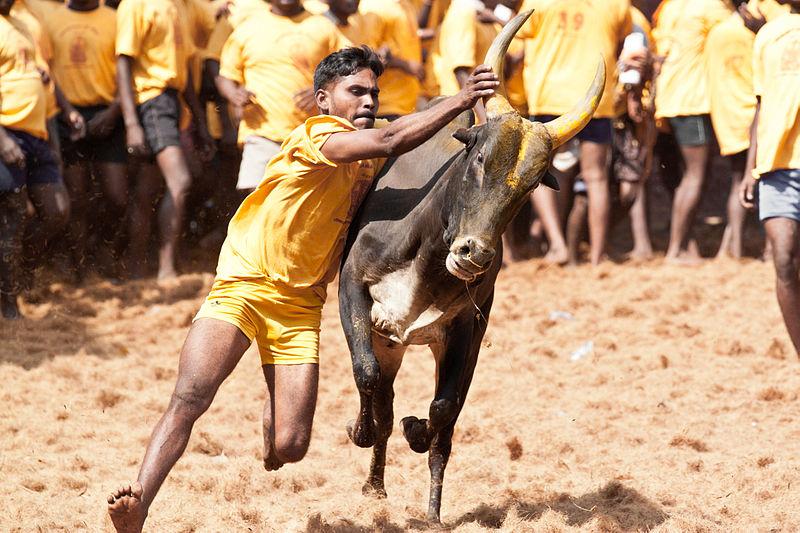 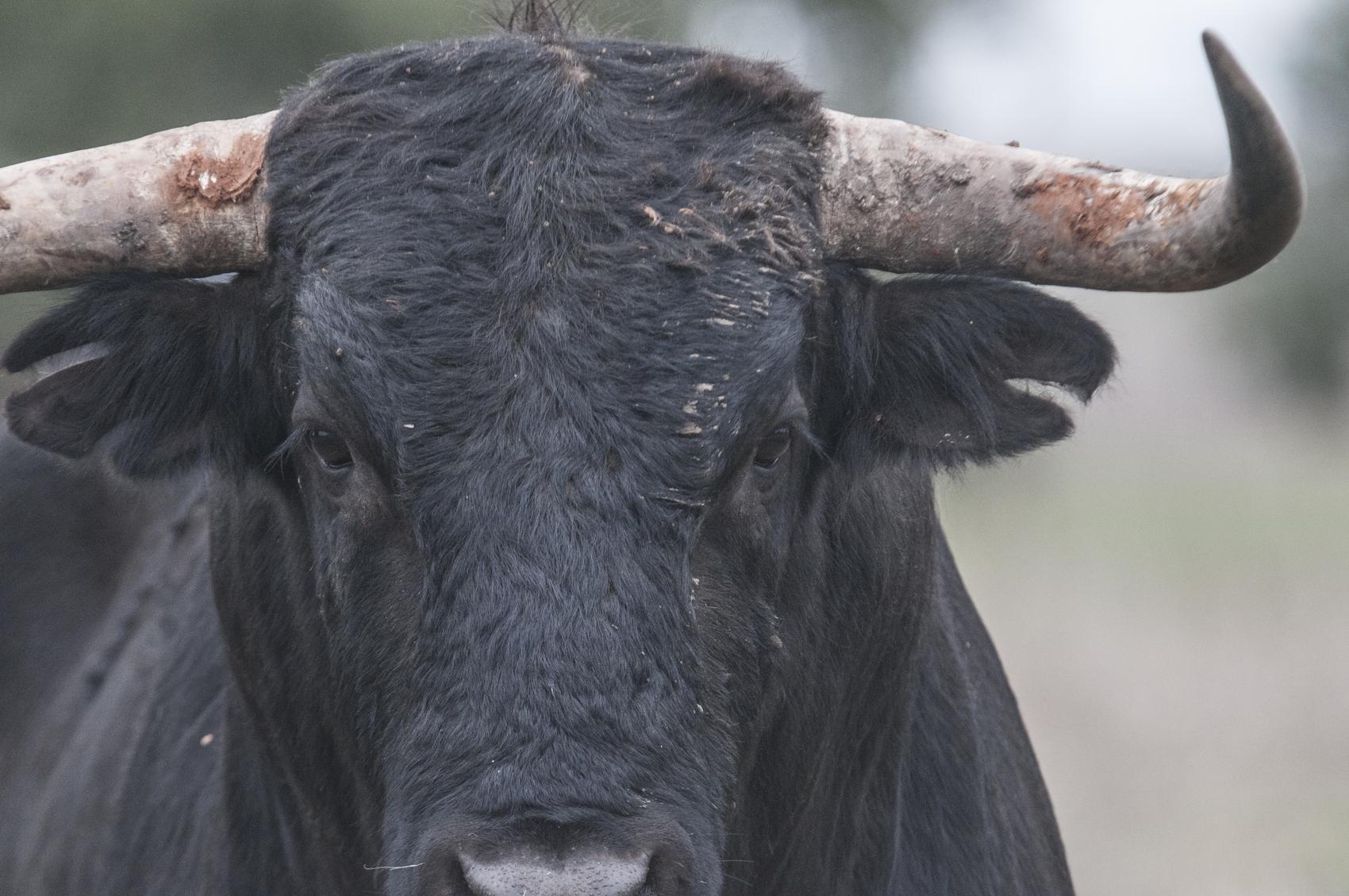 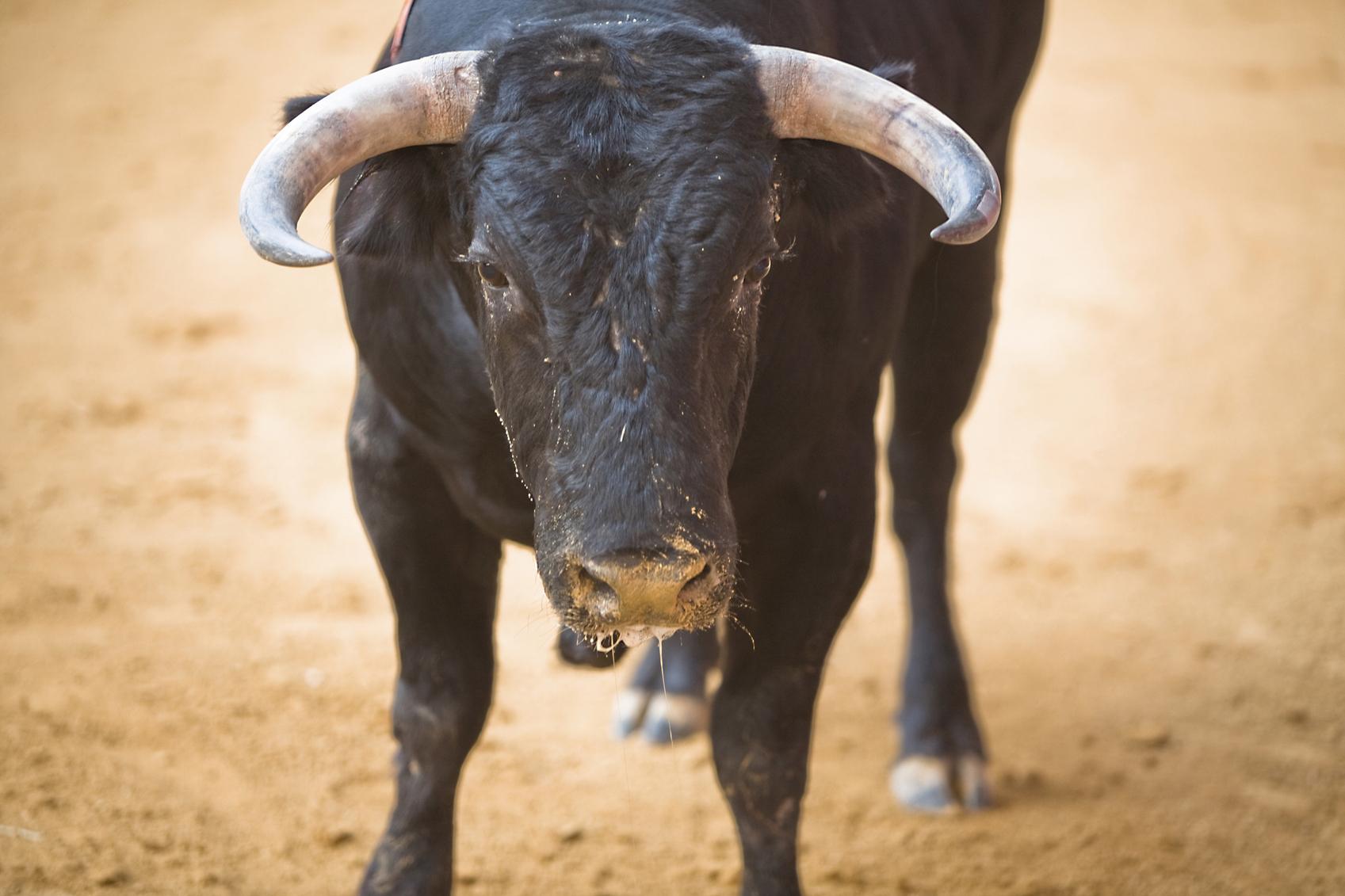 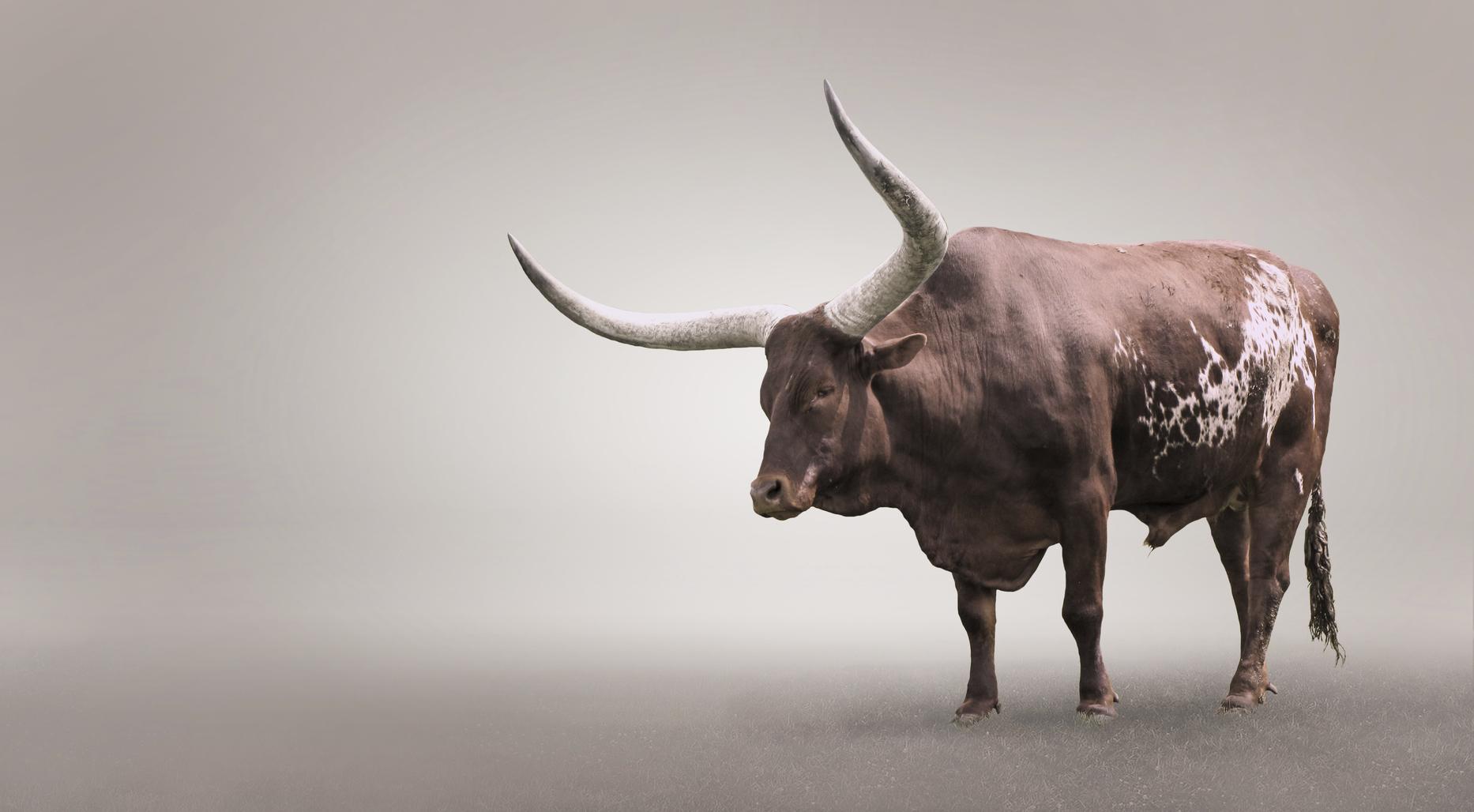 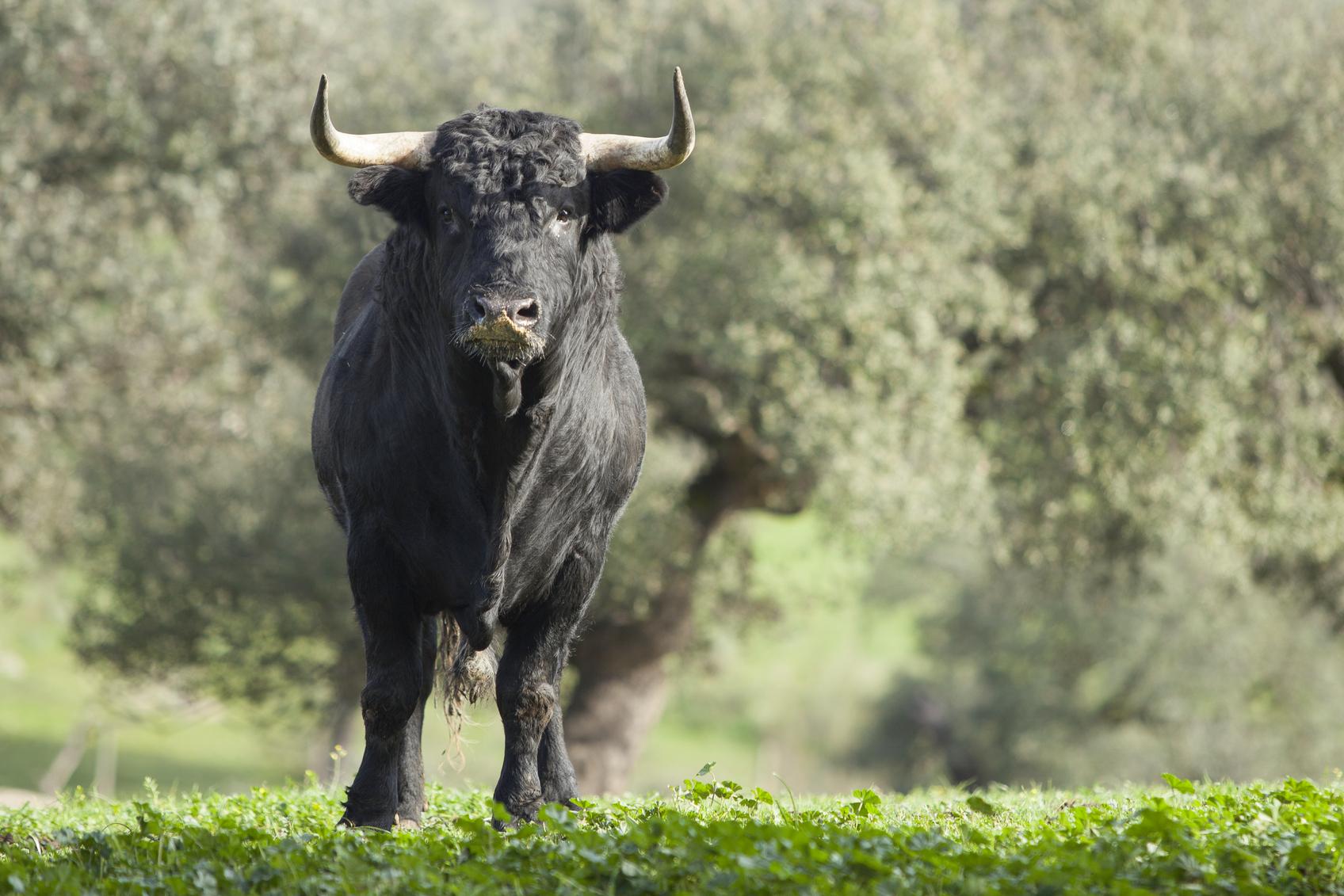 1 of 6
What is Jallikattu and Where is it Held?
Back to top